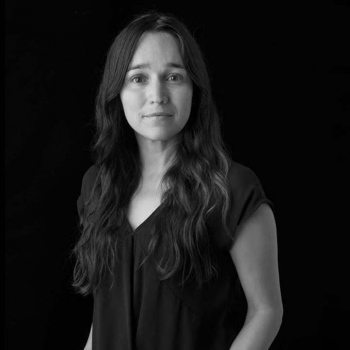 Selma Fernandez Richter is a photographer and visual storyteller specializing in portraiture. She creates images that capture the extraordinary in the everyday, with topics ranging from the process... read on
selmafernandezrichter.com
About

Selma Fernandez Richter is a photographer and visual storyteller specializing in portraiture. She creates images that capture the extraordinary in the everyday, with topics ranging from the process of forging a new life in a foreign country, the personal struggles of her subjects, and the commonalities between seemingly different ways of life. With her photographs, she seeks to uncover the connections between everyday people across cultures.

The escalation of drug violence in her native Mexico compelled Fernandez Richter to leave the country, and in 2011 she settled in Minneapolis, Minnesota, where she is now based.  Her photography underwent a dramatic shift as a result of this displacement.  Over the last four years, she has been documenting immigrants to the Twin Cities who were forced to leave their homeland because of war, violence, or famine. Her project The Ache for Home is a meditation on her own experience of adapting to a new life in Minnesota.

Fernandez Richter’s work has been supported by several grants and awards including the Minnesota State Arts Board Artist Initiative Grant and the McKnight Visual Artist Fellowship.  She has exhibited nationally and internationally at venues such as Centro de la Imagen and the Cultural Center of Spain in Mexico City, the New York Academy of Art, and the Minnesota Museum of American Art. Her work is represented in the collections of the Museum of Fine Arts in Houston, Texas; the Nuevo Leon Center for the Arts in Monterrey, Mexico; and the Manuel Alvarez Bravo Photography Center in Oaxaca, Mexico. A selection of her photographs was featured in the exhibition and book Women behind the lens: 100 years of photographic creation in Mexico, 1910-2010.