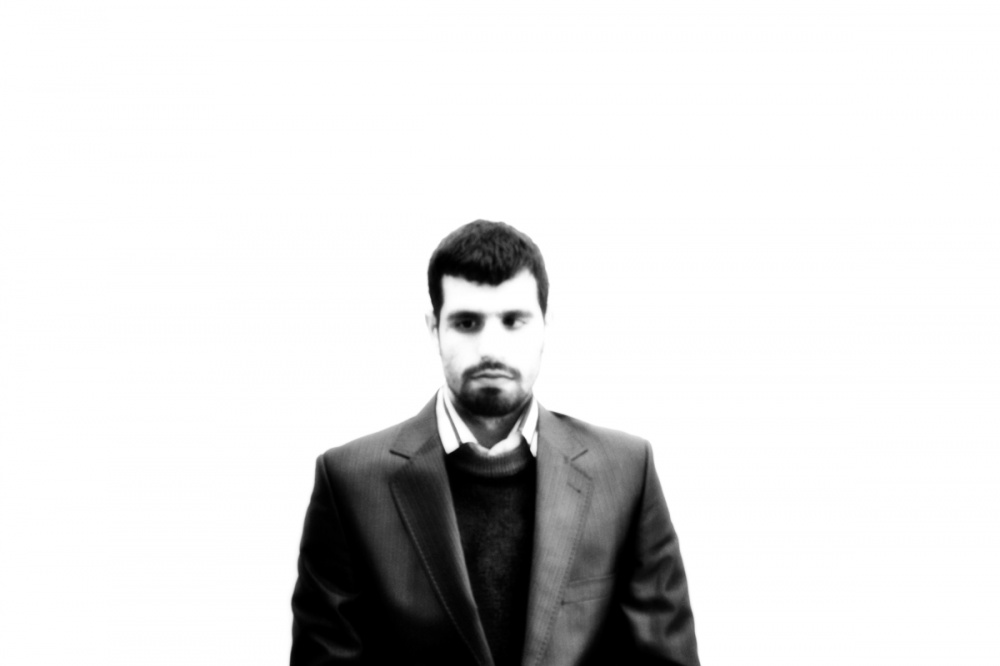 1 of 10 © 2022 Seyed Madyar Shojaeifar
Date of Birth: 1987/05/02, 16:30 -- Marital Status: Single -- Education: BA in Judiciary Law -- Occupation: Employee of the Blind Unit, Central Library of Khuzestan Province, Iran -- Eye-Sight status: Blind (Innate) ------ How is the World? How do you see it? What is your image and perception of the world? ------ In my view as a blind person, I think the world is the same as it is seen by typical people. I do whatever every sighted person does. Because, like the sighted people, I have created an imagination of the world for myself, however there is a significant difference between the one who is born blind and the one who is born sighted and then he/she had lost his/her eyesight. The innate blind has imagined the world according to what he has felt and perceived. However the person who has lost his/her eyesight later, has still images and visions of the world in his/her mind and such a person imagines the world according to those visions and images and if we want to compare these two kinds of individuals, they have significant differences in terms of their image of the world. But their thought and perceptions of the world depends on the way each individual looks at the world and this has nothing to do with physical vision. For example, religious people see the world as a place of transition to the Hereafter world; however those who do not care for these things, of course see the world in a different way. 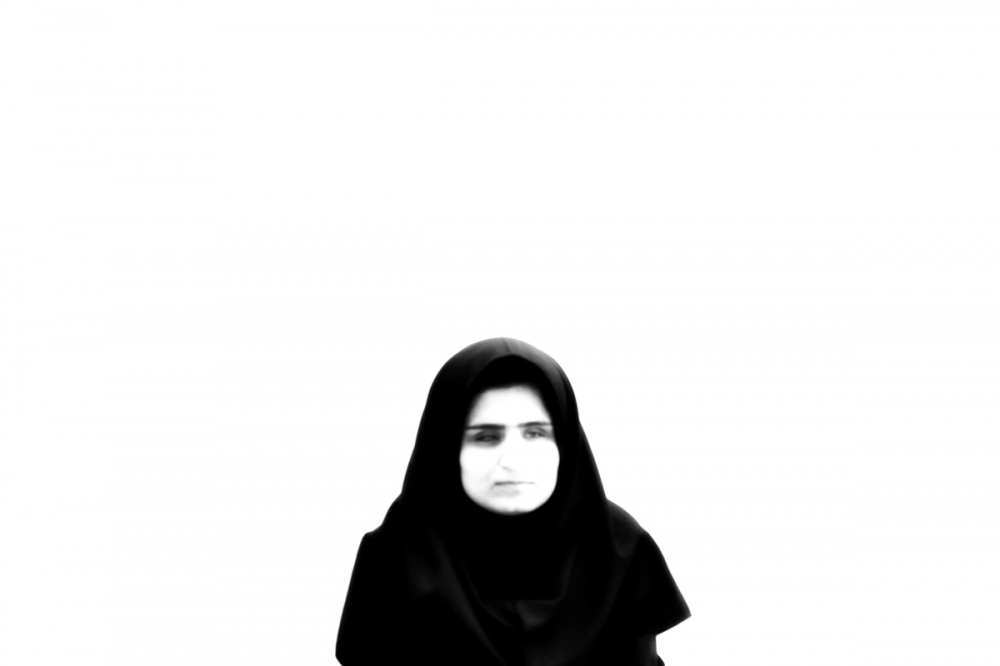 2 of 10 © 2022 Seyed Madyar Shojaeifar
Date of Birth: 1985/08/08 -- Marital Status: Single -- Education: BA in Judiciary Law -- Occupation: Unemployed -- Eye-Sight status: Blind (Being partially sighted by age of 8 and then gradually has lost the eyesight forever) ------ How is the World? How do you see it? What is your image and perception of the world? ------ Many people think that the world should be seen by eyes, its sounds should be heard by the ears or touched by the touch sense, or they think that we should communicate verbally with others; but in my view, we should feel the world's beauties by our feeling and there is no need to see, hear or even touch it. A man should be able to feel the world. The Almighty God says that I have created the world so that you see it and benefit from it, and you travel across it and see what I have done and why I have created the world. For example if you would like to know a person better, you may go on a travel with him; so why we do not use all these things to see and understand the world better. To understand and know the world, we should feel it. 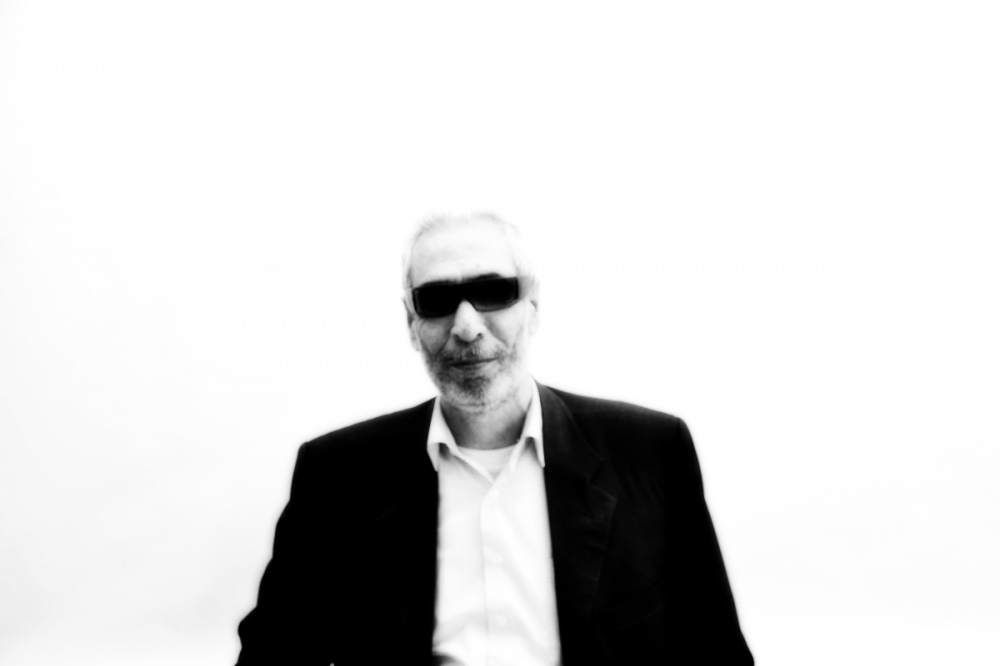 3 of 10 © 2022 Seyed Madyar Shojaeifar
Date of Birth: 1964/03/01 -- Marital Status: Married (Having 2 wives and 5 children) -- Education: Secondary School -- Occupation: Employee of National Iranian Welfare Organization -- Eye-Sight status: Blind (After an accident by the age of 10, lost the eyesight) ------ How is the World? How do you see it? What is your image and perception of the world? ------ Thanks to God, I feel the world as a beautiful world; just like the blue and green colors which are used beautifully in this world, I see the world beautiful, especially during these days that the science is advancing. I have no problem and though I am blind, I see the world in green and very fascinating. 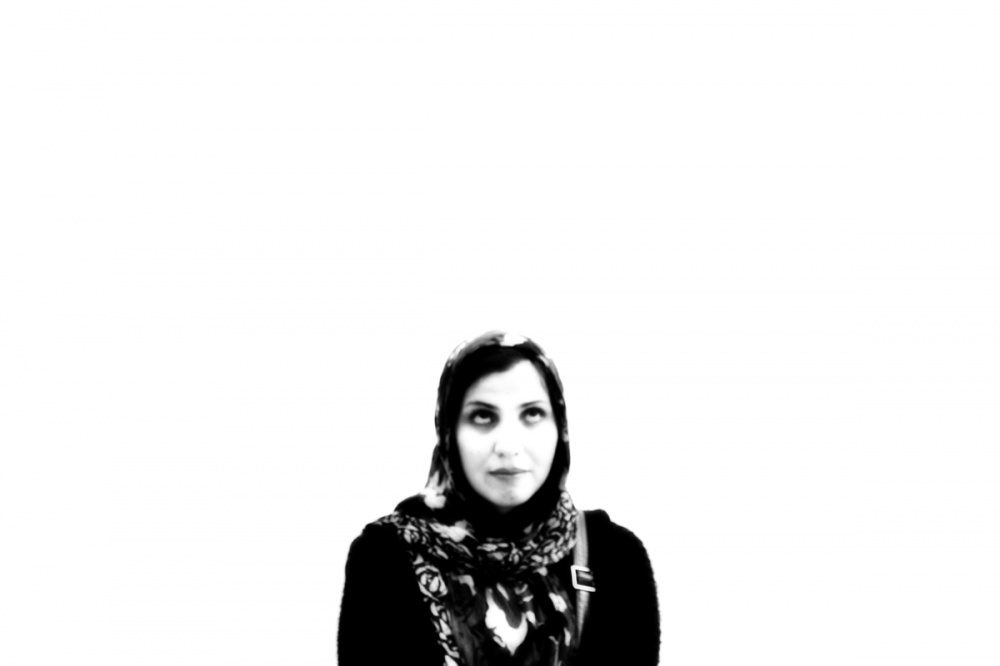 4 of 10 © 2022 Seyed Madyar Shojaeifar
Date of Birth: 1986/05/07 -- Marital Status: Single -- Education: BA in Urban Planning -- Occupation: Unemployed -- Eye-Sight status: Blind (Being partially sighted by the age of 8 and then lost the eyesight after 2 months) ------ How is the World? How do you see it? What is your image and perception of the world? ------ In the world that I exist and have created for me (and I am trying to imagine it) everything is beautiful, everything is perfect and fascinating. 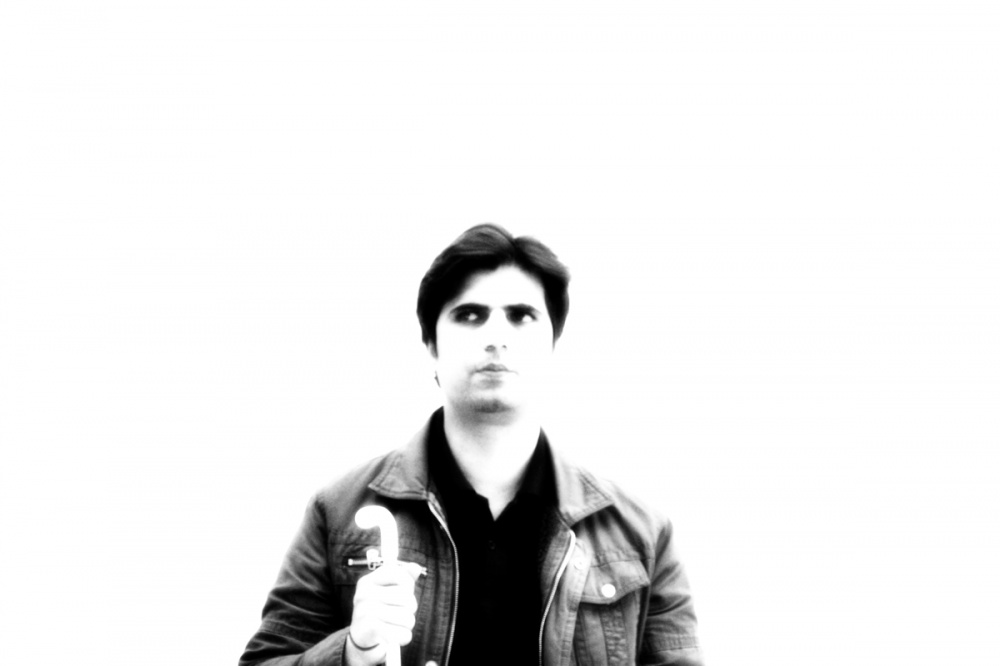 5 of 10 © 2022 Seyed Madyar Shojaeifar
Date of Birth: 1985/01/24 -- Marital Status: Married -- Education: Diploma in Humanities -- Occupation: Deputy of Health Care at Jondishapour University of Medical Sciences, Ahvaz, Iran -- Eye-Sight status: Blind (Innate) ------ How is the World? How do you see it? What is your image and perception of the world? ------ Since we started going to school we learned to live aside others and in other words, unfortunately we were told to live so. But we would like to live like others. However this is not the case only with our country and unfortunately this is true of every other communities in the world; they carry the disabled and consider a special seat for the disabled and in my view, they destroy the talents of the disabled and make them isolated, because they cannot and have not learned how to treat the disabled. So, the world that I found out was the world that I touched and felt by myself. Though by now many issues are solved for me, I think if I could play with other children and could enjoy my childhood , I think I could have been of better help to the society; This is what I have kept for so many years and I was eager to express this feeling. The world is a place of transition for all of us (blinds or sighted people) and the important thing is the way we pass the world and thanks God that let me communicate with people and this might have contributed to my kindness toward the people and I am really thankful for that. This is the way I see the world. 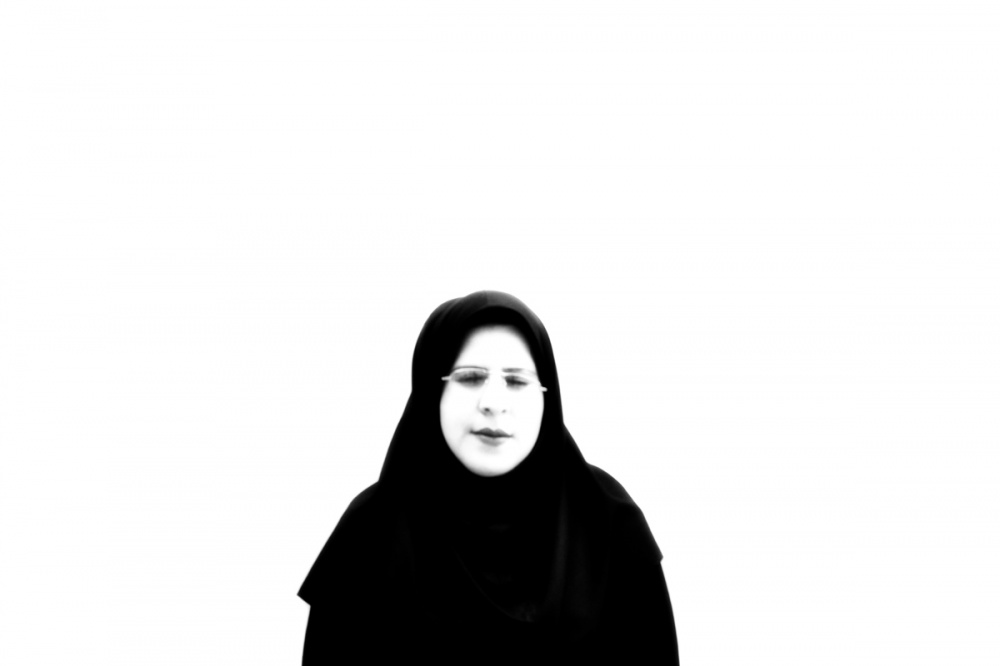 6 of 10 © 2022 Seyed Madyar Shojaeifar
Date of Birth: 1983/07/13 -- Marital Status: Single -- Education: Undergraduate student of Elementary Education -- Occupation: Employee of the Blind Association, Khuzestan, Iran -- Eye-Sight status: Partially sighted (Innate) ------ How is the World? How do you see it? What is your image and perception of the world? ------ The world, in my view is beautiful; though the life has some hardships but it is beautiful and we can cope with the hardships, using the excitements and enjoys of life. 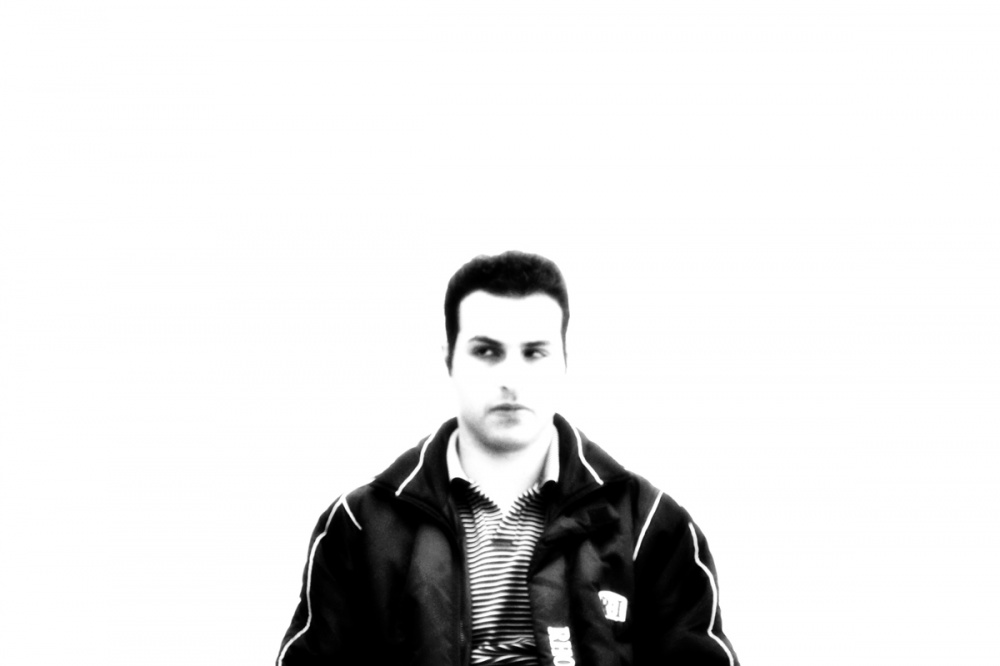 7 of 10 © 2022 Seyed Madyar Shojaeifar
Date of Birth: 1989/05/07 -- Marital Status: Single -- Education: Diploma in IT -- Occupation: Unemployed -- Eye-Sight status: Blind (Innate) ------ How is the World? How do you see it? What is your image and perception of the world? ------ As I was born blind and I had the problem since my childhood, I think there is no difference between me and those sighted ones, in terms of the viewpoint of the world. I think whatever a sighted person sees, we as the blind can see, but in our own way. For example you have your own writing and we have the same writing but we use the Braille. I also think more power or job position you have, the more respected you are. 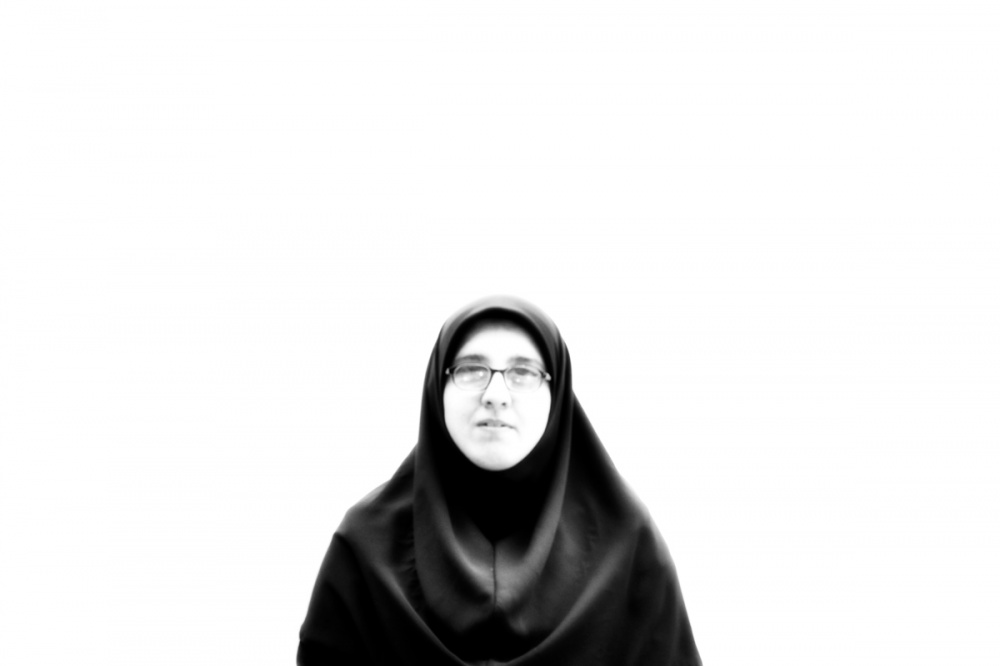 8 of 10 © 2022 Seyed Madyar Shojaeifar
Date of Birth: 1987/06/07 -- Marital Status: Single -- Education: MA in Educational Psychology -- Occupation: Unemployed -- Eye-Sight status: Partially sighted (Innate) ------ How is the World? How do you see it? What is your image and perception of the world? ------ I believe that the world is equal for all human beings, but the viewpoint of all people may not be the same. I think the world and its components are some kind of means to elevation of the mankind and it depends on the way each individual uses these means. I hope that I can use these means efficiently. 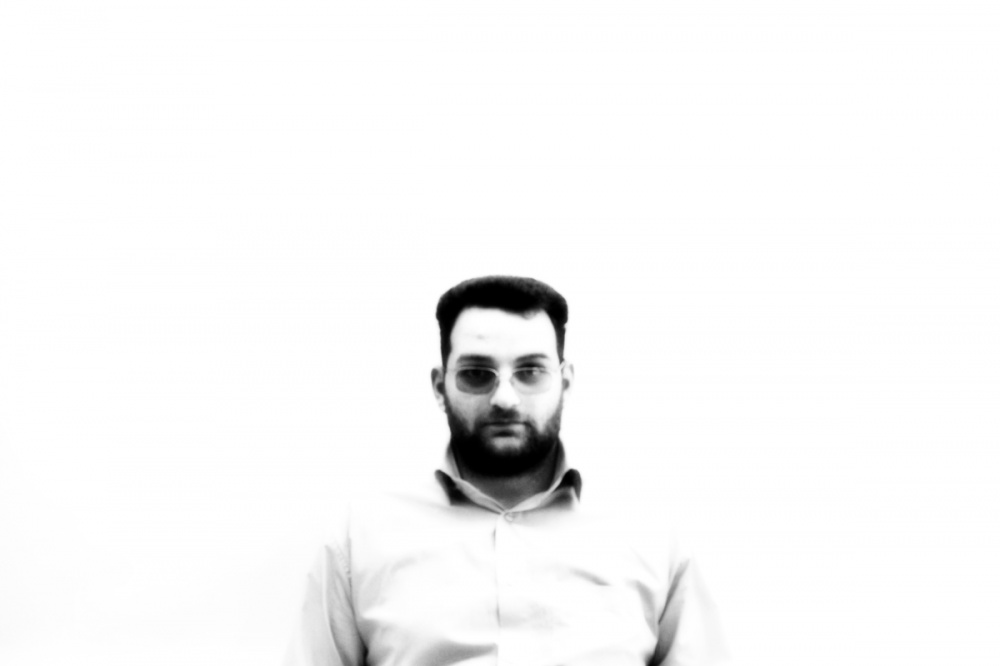 9 of 10 © 2022 Seyed Madyar Shojaeifar
Date of Birth: 1987/05/08 -- Marital Status: Married (having an infant girl) -- Education: Elementary -- Occupation: District Nurse and employee of university restaurant, Shahid Chamran University of Ahvaz, Iran -- Eye-Sight status: Partially sighted (The right eye is 4.5 and the left eye is 6.5, before the age of 7 and following an epilepsy, the eyesight is weaken gradually) ------ How is the World? How do you see it? What is your image and perception of the world? ------ I see the world full of excellence. 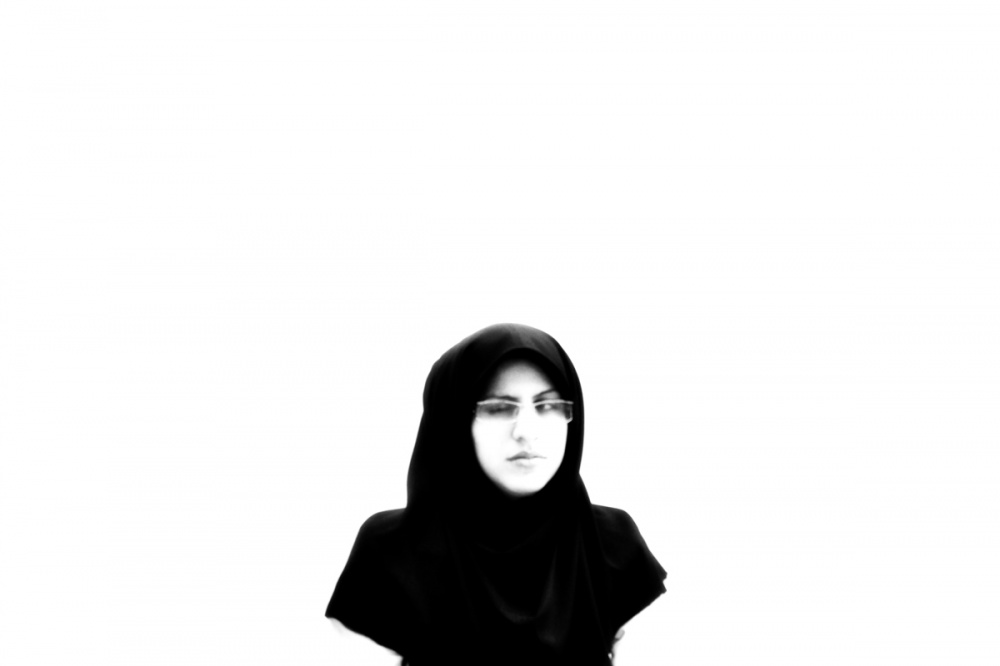 10 of 10 © 2022 Seyed Madyar Shojaeifar
Date of Birth: 1989/11/26 -- Marital Status: Single -- Education: BS in Literature -- Occupation: Unemployed -- Eye-Sight status: Partially sighted (Innate) ------ How is the World? How do you see it? What is your image and perception of the world? ------ The world is how it is supposed to be, full of people with different characteristics... We have worlds as many as the people existing on the planet. If I ignore the world due to my blindness, then I have ignored myself. The world is beautiful for me, on the condition that I see it beautifully. Though I am blind, the world is not a dark place; I can see it differently or make it a better place by my deeds or the influences, I have on others.
Public Story
Brilliant World
Copyright Seyed Madyar Shojaeifar 2022
Updated Mar 2013
Archived as Black and White, blind, Blindness, Disability, Documentary, eye, Health/Healing, Hope, Illness, Iran, Islam, Isolation, Photography, Portraiture, see, Visualization

What is the difference between our world with the world of the blinds and partially blinds?

What sort of world is their? How can they see it? What are their subjective and imaginations?

I always think that they have complex lives and never understand their world and I thought about it for many times. So I decided to meet some of the blinds and partially blinds persons in Iran and asked them some questions. Questionas that some of the was hard to answers for them, nevertheless they answer briefly or completely.