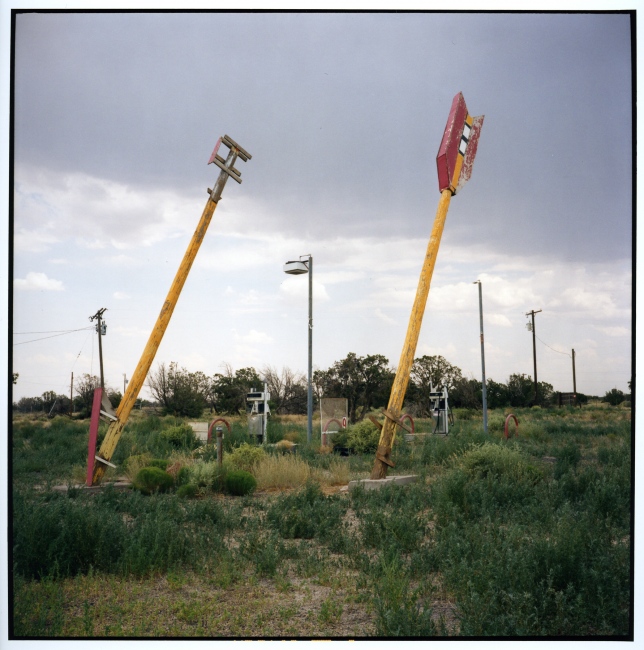 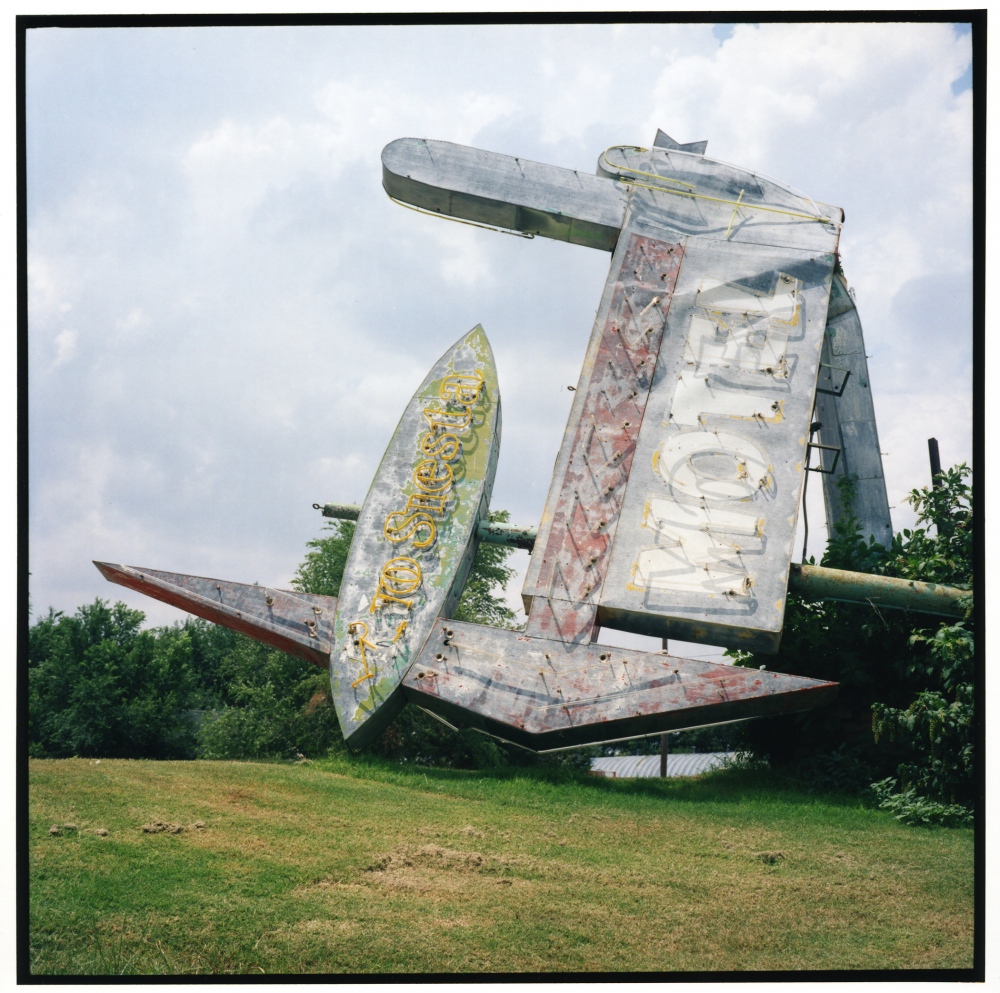 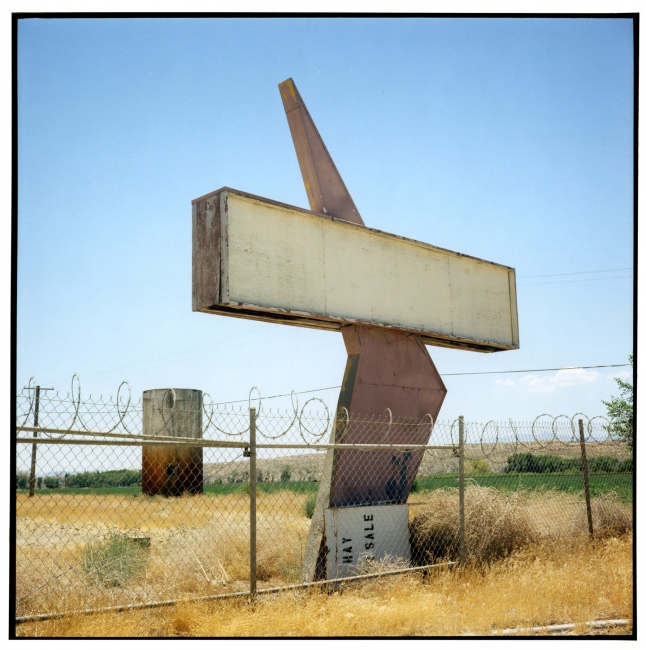 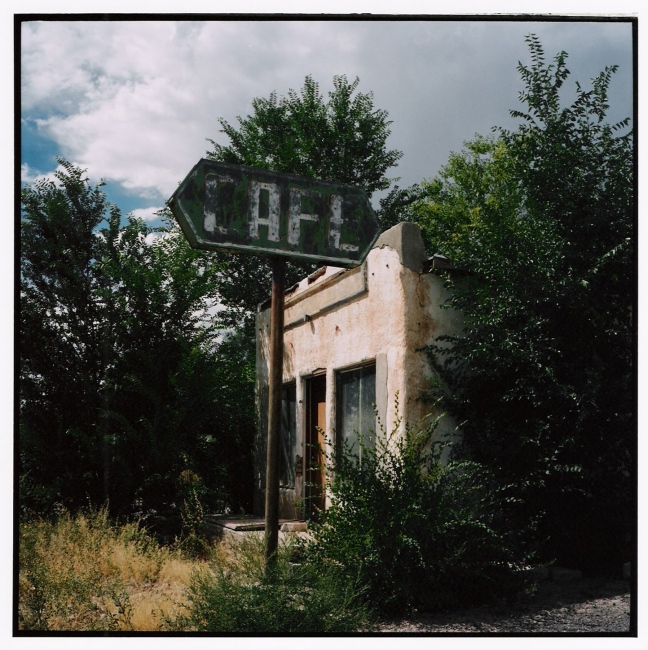 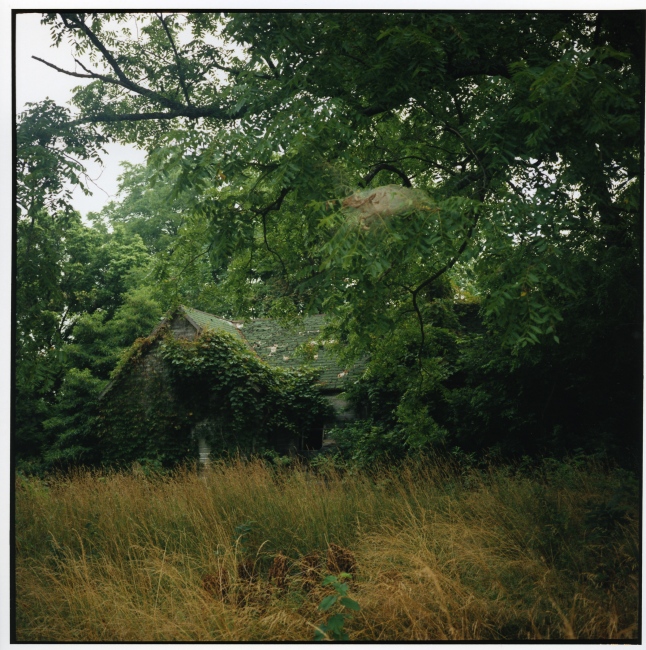 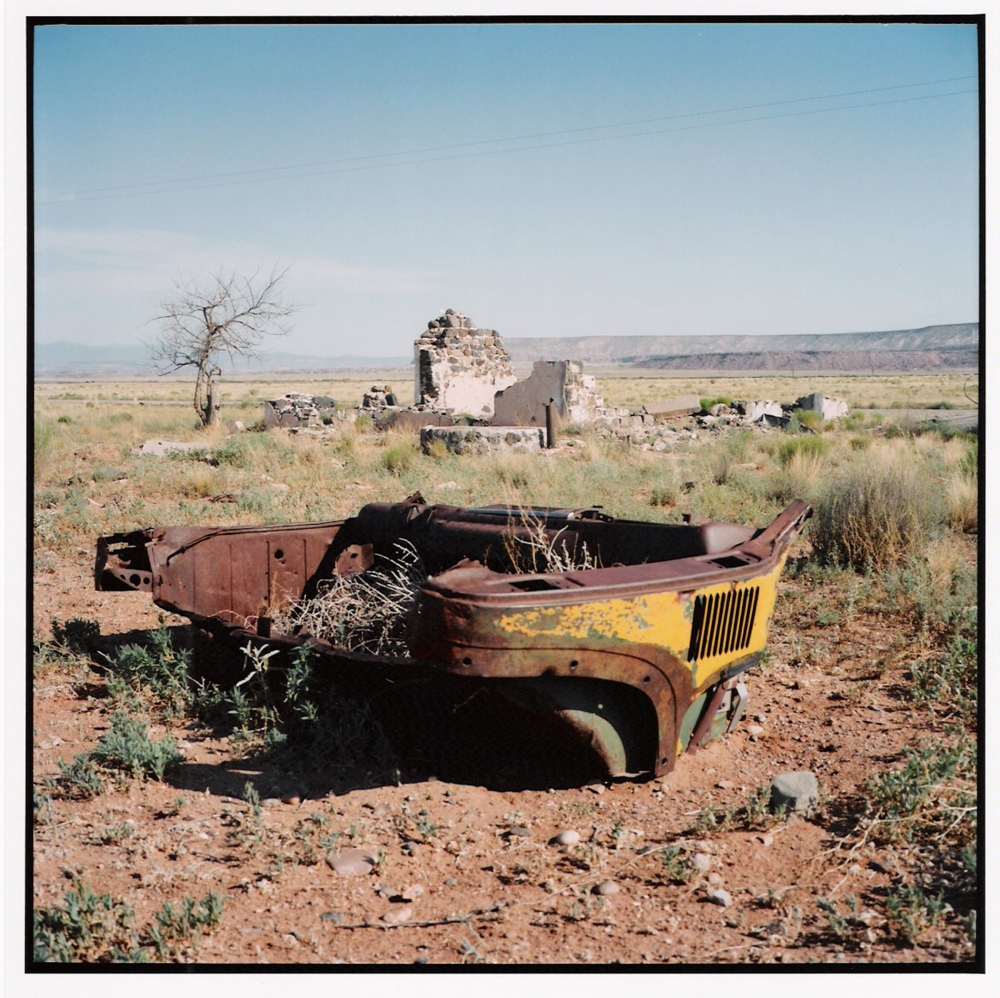 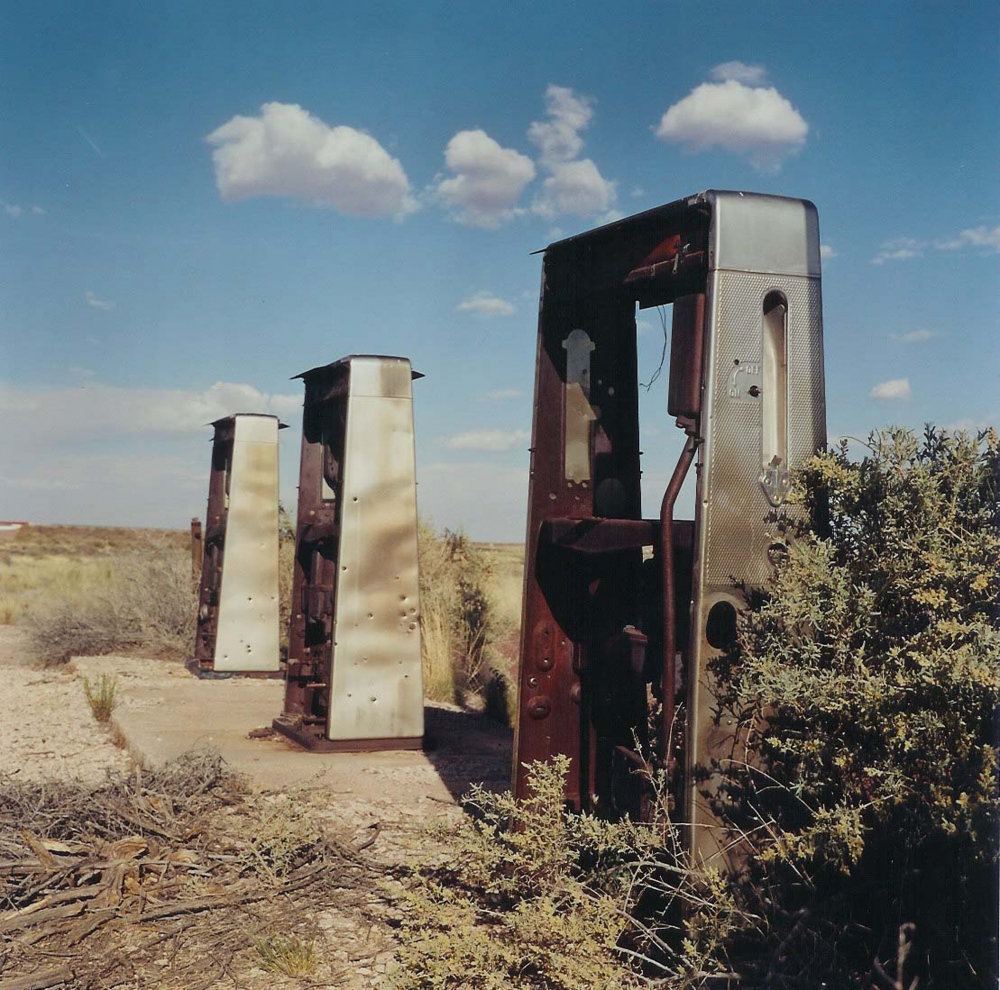 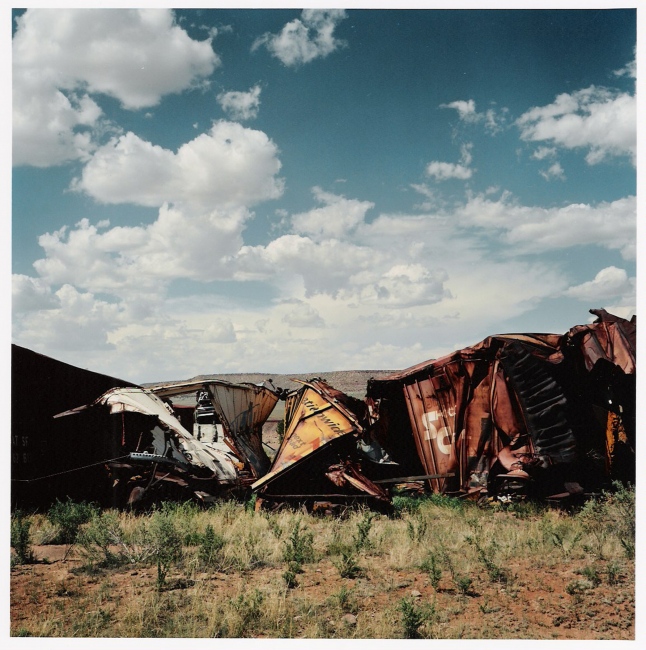 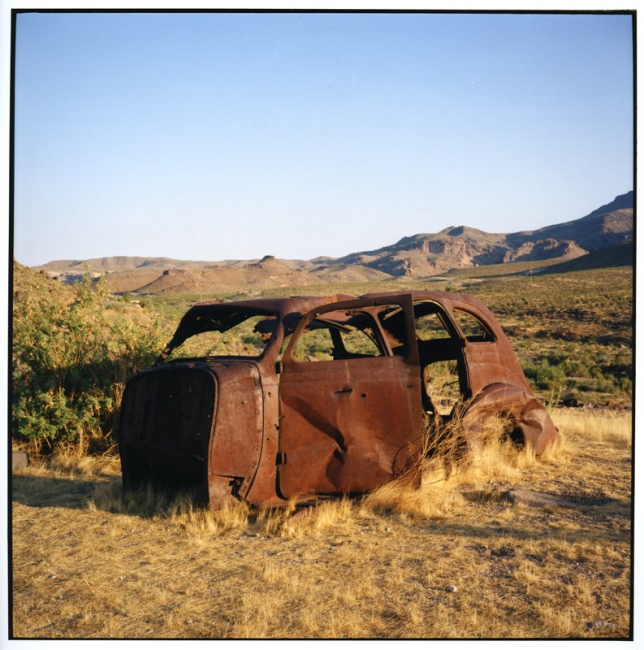 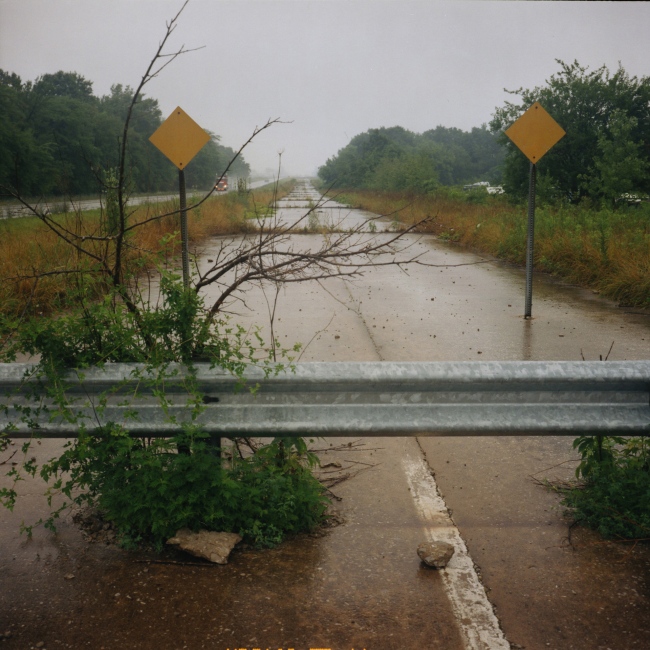 Historic Route 66 exemplifies the interconnectedness of history, emotion, and humanity's complicated relationship with nature. The hand of man once indelibly etched this strip of road into both the physical landscape of the American west and the imaginations of all who came in contact with "“ or simply heard of "“ it.  And now it is but a ghost of what it once was.

Prior to President Eisenhower's creation of the Interstate Highway system, Route 66 was the main artery connecting Chicago to California, the land of dreams for many affected by the Great Depression.  Route 66 became a symbol of hope.  Even after the Depression ended, people continued to travel along Route 66 as the proliferation of automobiles led to road trip vacations and the creation of campgrounds.  The mobile hotel (motel) business thrived, as did industries revolving around automobile culture, travel, and entertainment, such as gas stations, diners, auto body shops, and drive-in movie theatres.  Route 66 flourished.

But as the interstate system expanded and superhighways were built, traffic moved off of the Route, and it became regarded as archaic.  Towns that had boomed because of the Route 66 traffic began to lose business.  Some disappeared.

Now, decades after its heyday, Route 66 is a mix of desolate ghost towns and oases of painstakingly preserved historic icons.  My interest in Route 66 lies beyond the re-chromed diners and newly-built reproductions.  I am interested in documenting the overlooked and forgotten aspects of Route 66; the objects that served as important pieces of a larger whole during the Route's glory days, surviving only to succumb to the eventuality of decay.  From individual businesses that were once integral to the Route to former boomtowns gone bust.

These casualties of "progress" remind us that time is fleeting and unapologetic.  They show that despite the mistreatment of the earth and its resources by humans, (overworked soil and bad land management, unhindered expansion and construction), the planet is quick to reclaim what we have built and return it to its original source elements.  Forgotten houses overgrown by trees, metal signs collapsing into rust, everything laid bare being barraged by the elements; left to their own devices, these once-sturdy objects succumb to the natural order of things.

The photographs in this series serve both as a memory of times gone by and a reminder of how the things we consider permanent aren't always so.

They are a tribute to the ghosts of Route 66.