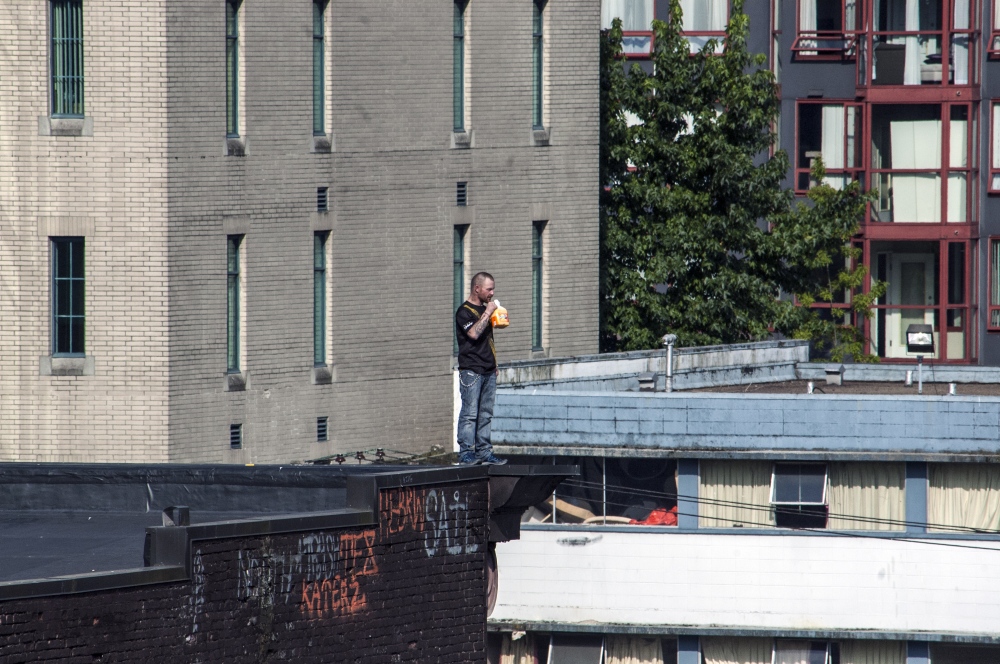 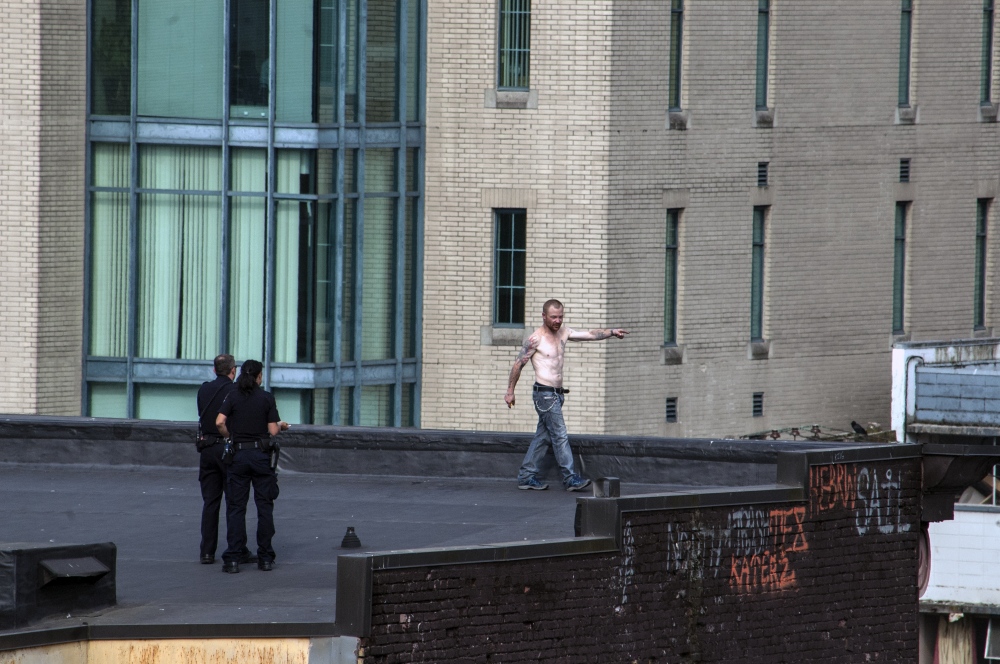 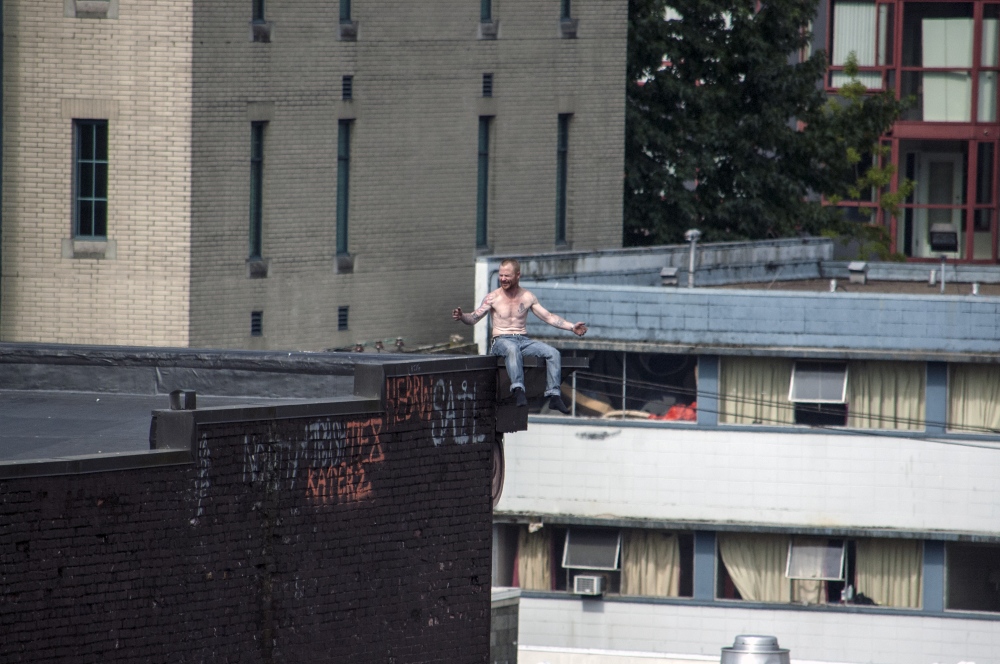 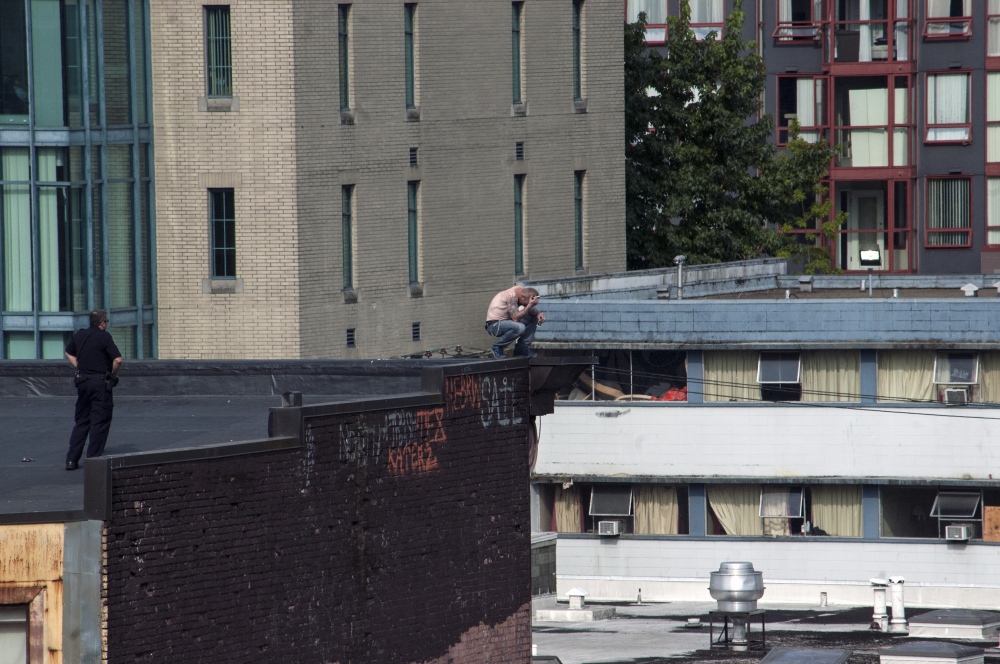 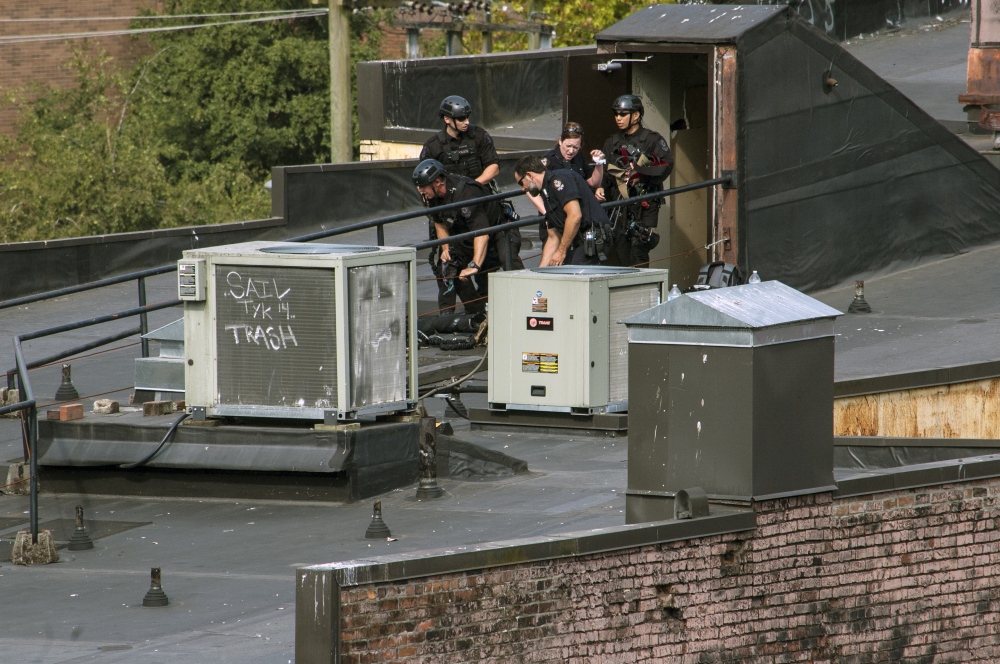 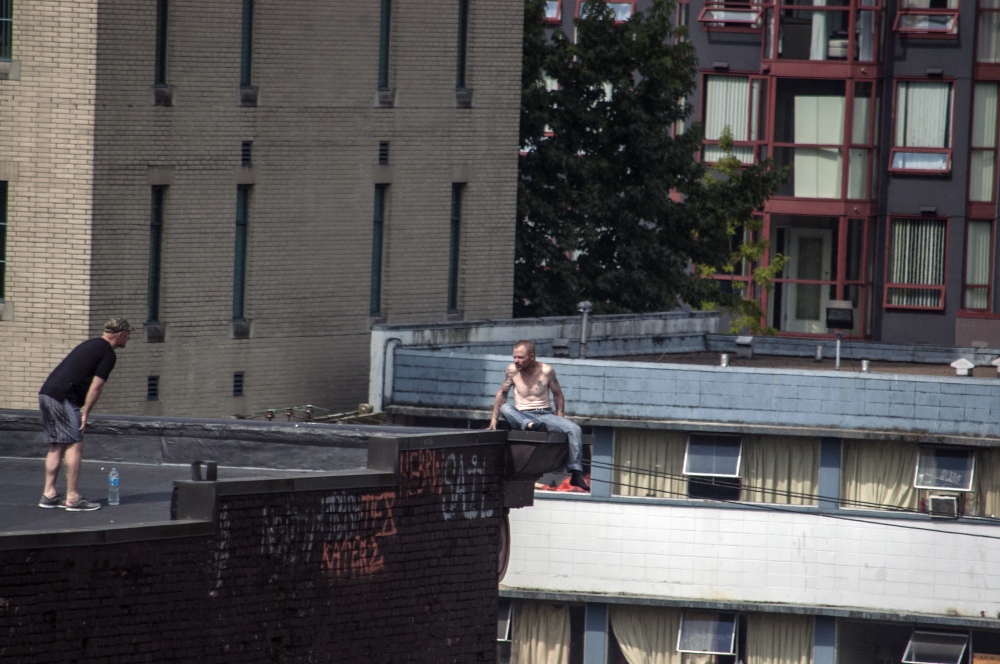 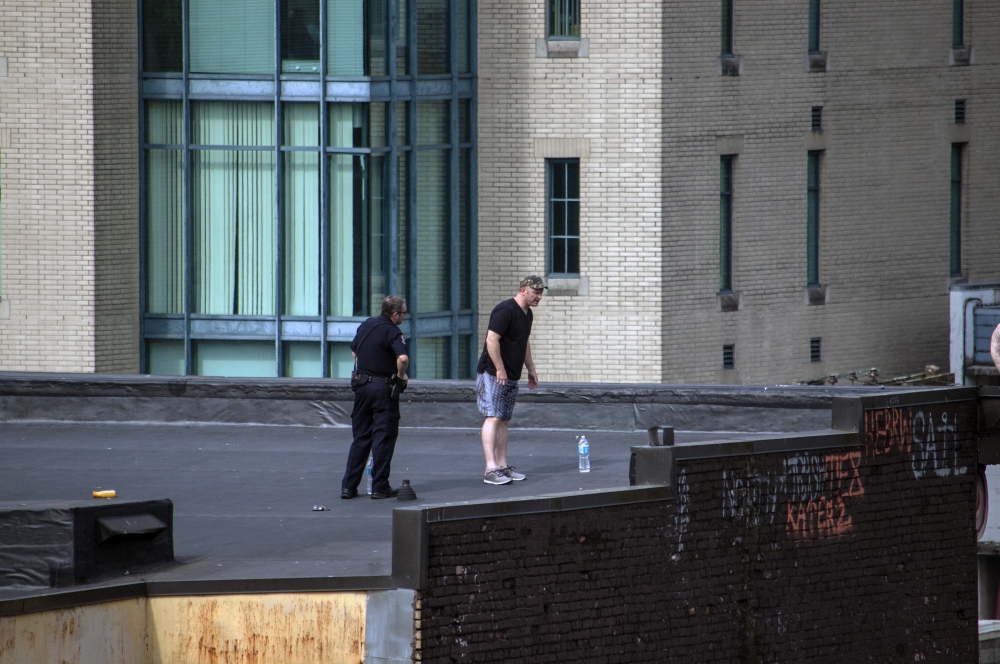 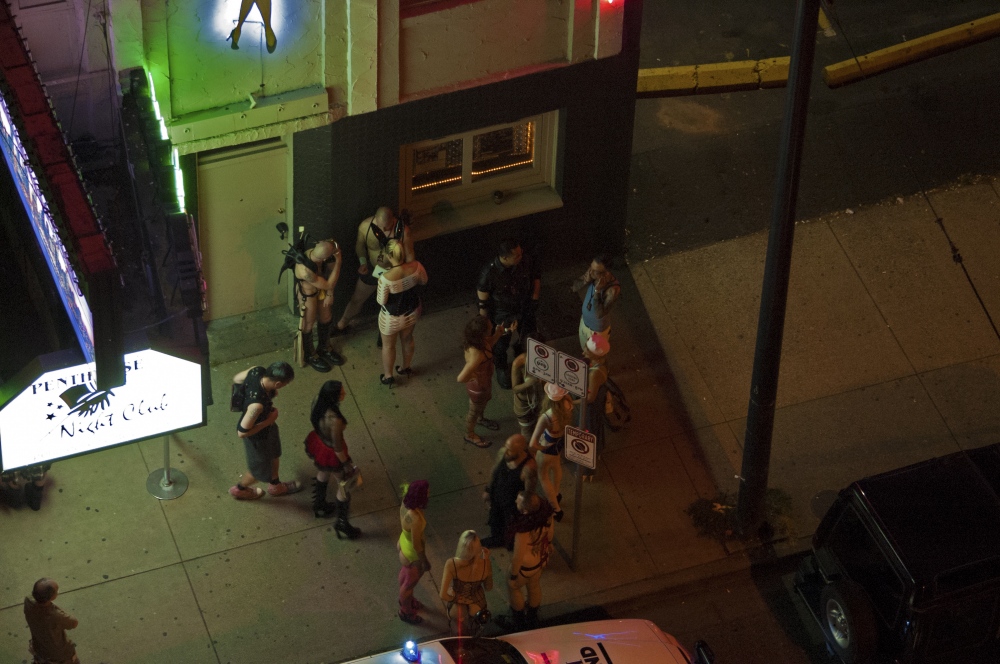 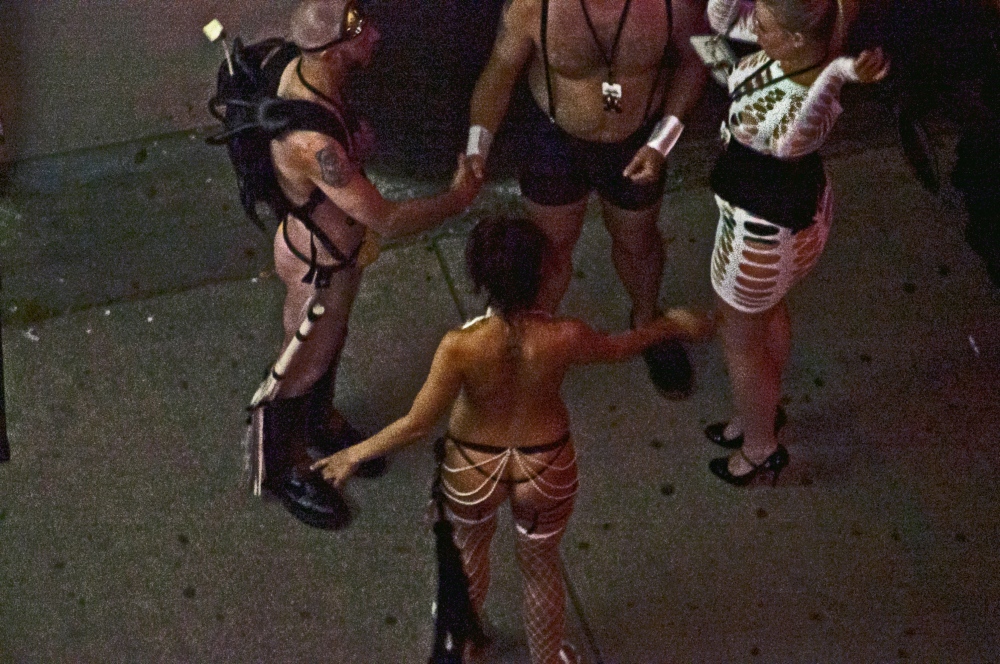 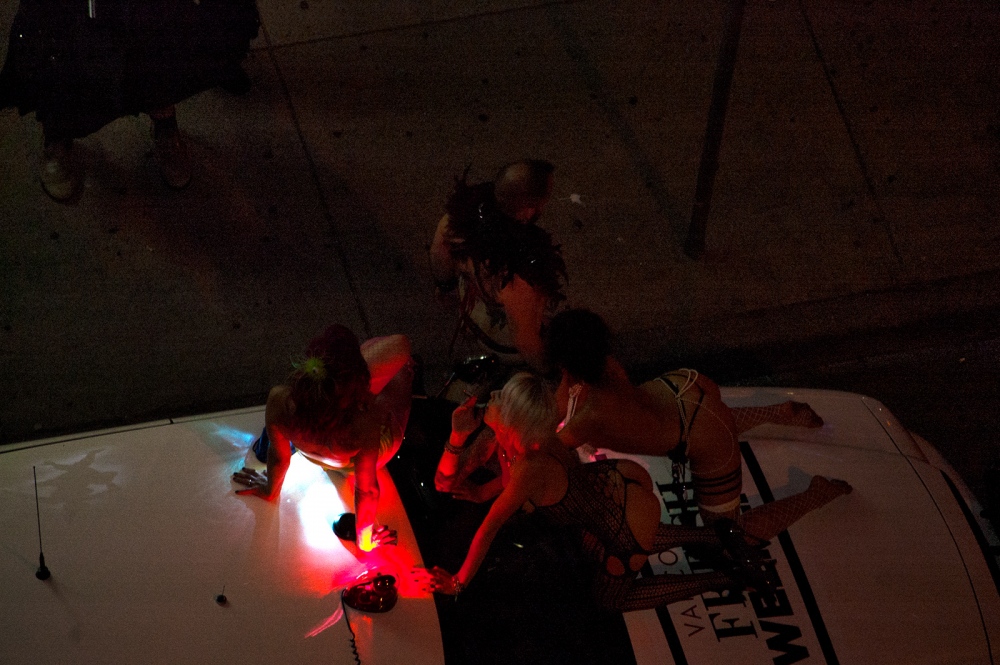 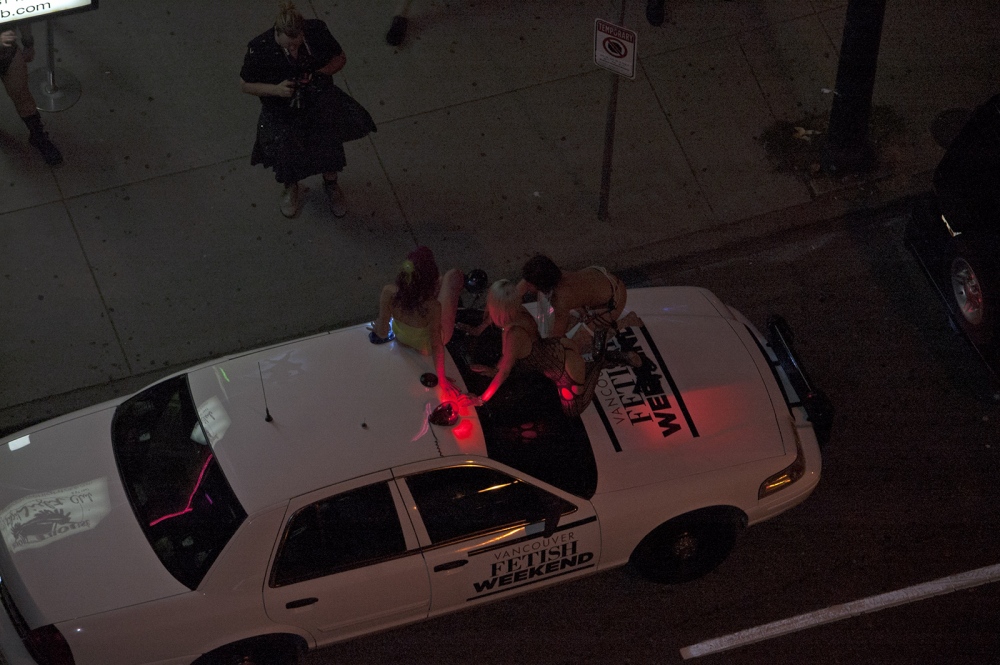 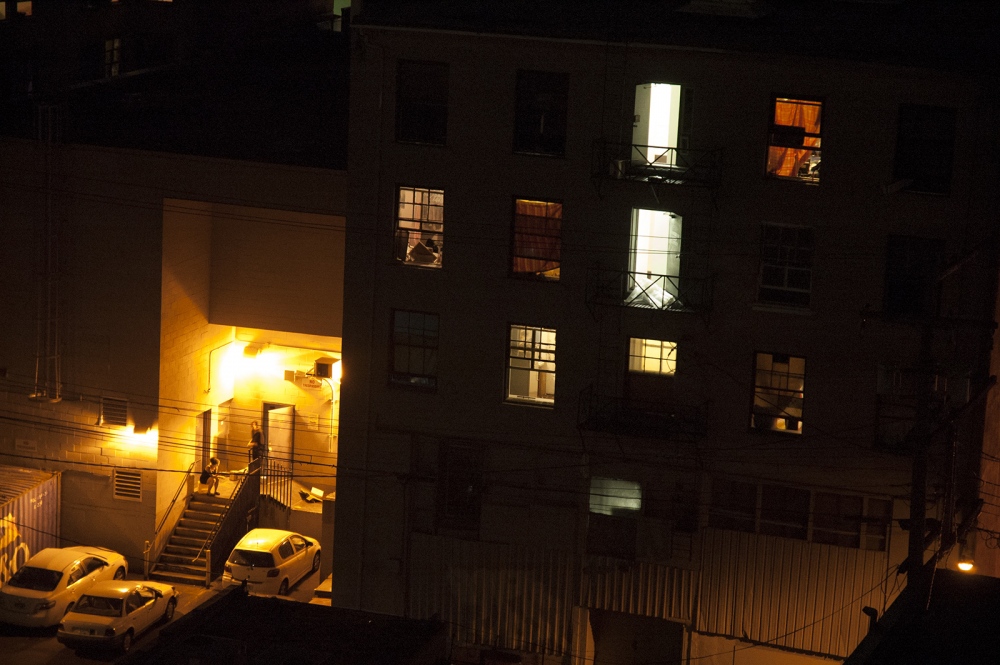 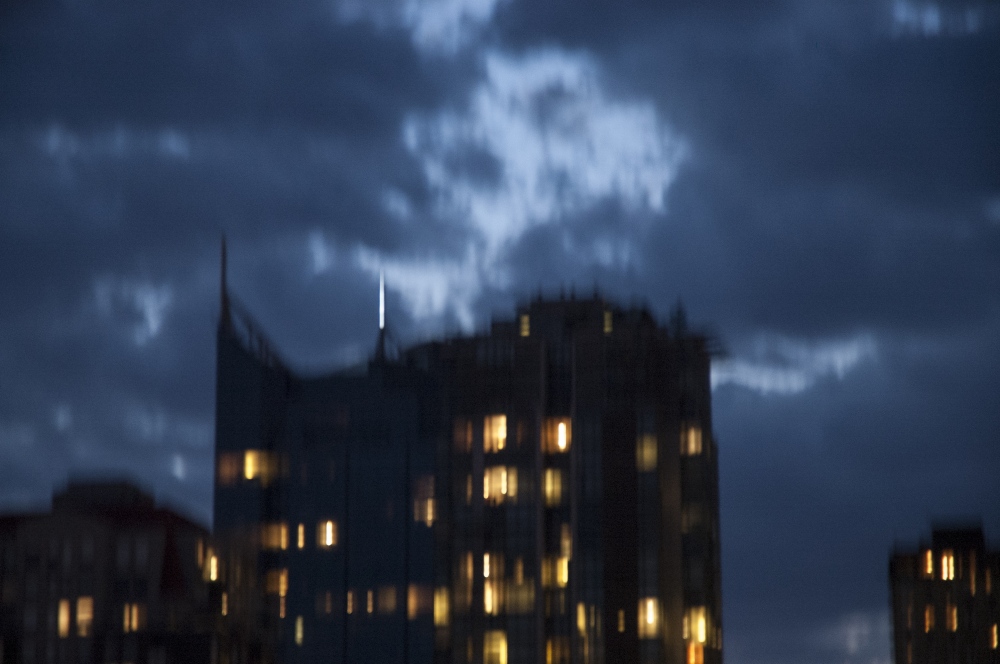 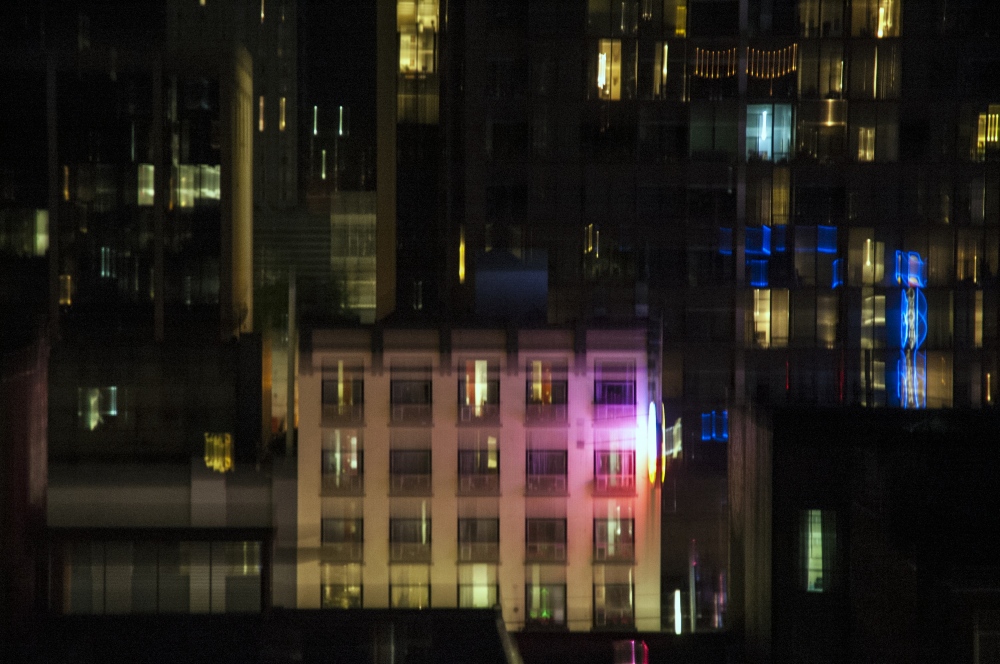 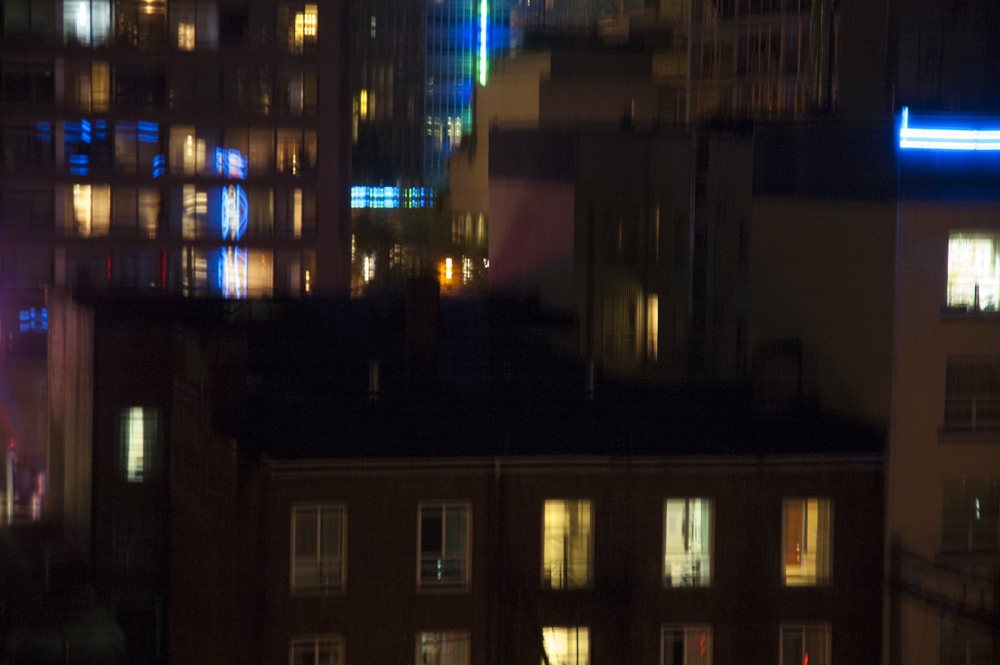 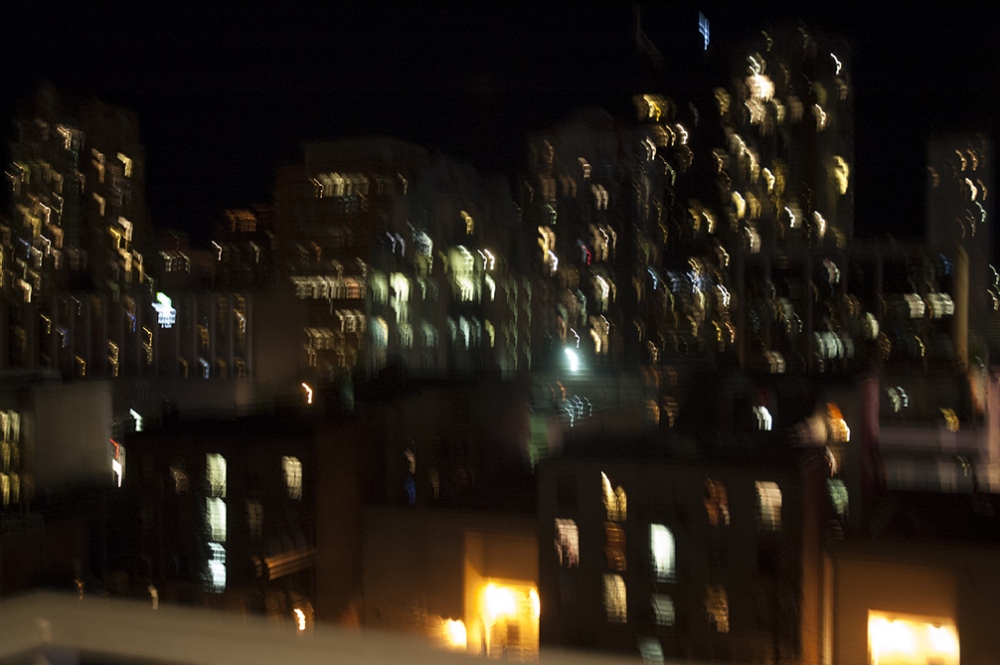 On vacation, one summer morning, I was in a boutique hotel having coffee and enjoying the view from my fifth floor room. I saw a man pacing on the rooftop opposite the hotel. He stopped and picked up a gallon of orange juice, slugged it  down and peered over the edge of the building. I observed. Then he took off his top, and sat down, dangling his legs over the ledge.  I picked up my camera and snapped off a few shots, framing the subject in contrast to the  urban landscape surrounding him. Then it became clear to me, this man was about to jump off of the building. For the next two and a half hours, I witnessed the events that led to him, finally deciding what his fate would  be.

I was not certain of the final outcome.  That  night, from the terrace, I surveyed the urban nightscape, alive and in contrast to the day.

By Tish Lampert — As Los Angeles shuttered and everyone sheltered in place, emptiness collided with the raw and severe life..
May 30, 2020

By Tish Lampert — What has happened to the migrant children who have been denied asylum in the U.S.? The children who were..
Feb 17, 2020

By tish lampert / Los Angeles — Listen to the America Speaks Podcast Series , here or via iTunes . I have focused my lens on activism since..
Jul 18, 2017

By tish lampert — I was in the DRC as the country was climbing  out of the horrific long time proxy war. Josheph Kabilla..
Apr 4, 2017

By tish lampert — WATER-THE DRIVING FORCE IN NATURE The magnificence of the North Pacific is mostly  unspoiled ..
Mar 28, 2017

By tish lampert — In the US today, almost a million people take to the slopes every winter and spring, planning each holiday..
Mar 26, 2017

By tish lampert — In 2000 I set out to look for America, because the country felt so divided after the presidential election...
Mar 19, 2017

By tish lampert — WOMEN WILL NOT BE SILENCED During the past year I have traveled across America, as the contentious campaign..
Mar 10, 2017