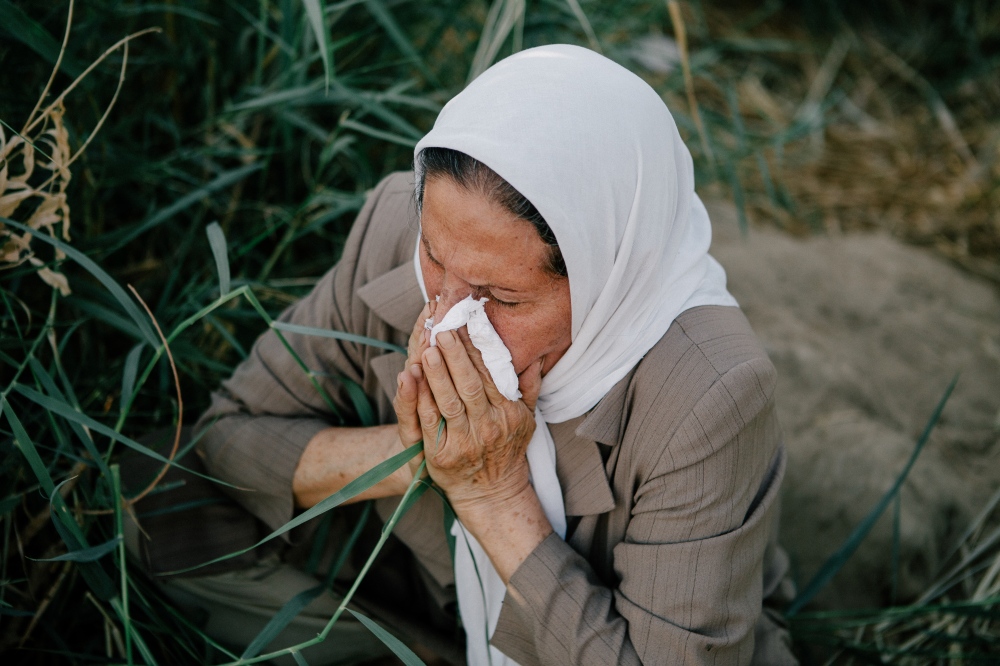 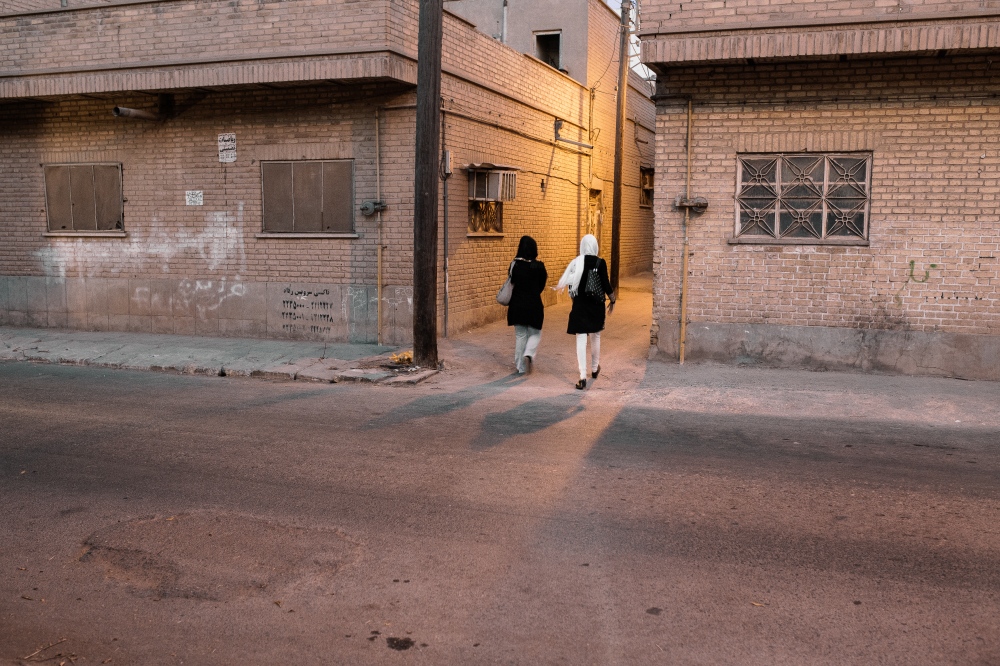 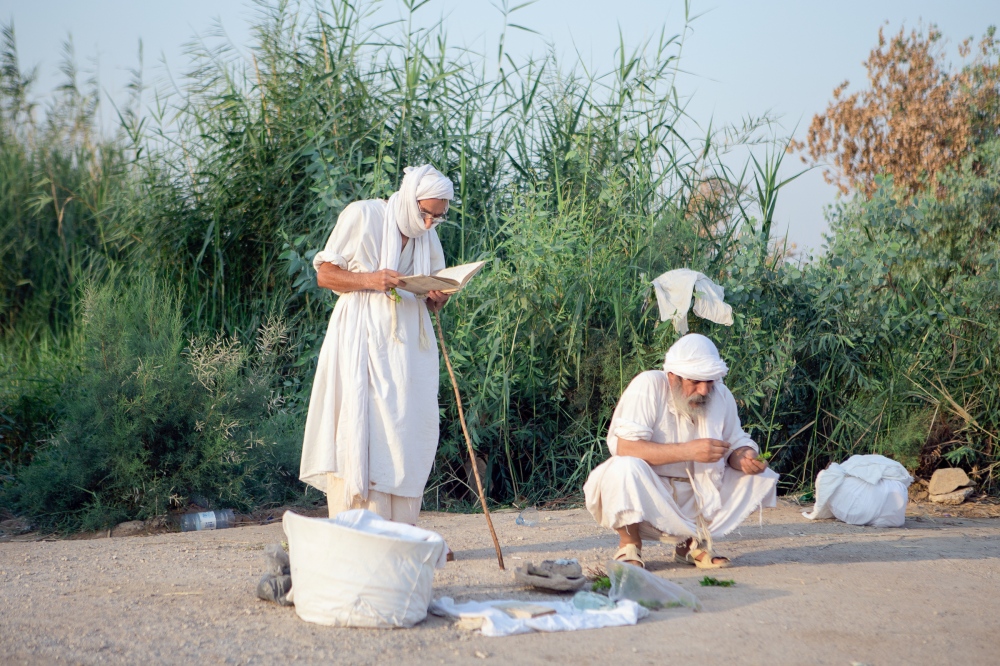 A cluster of Mandaeans convene at the open shores of the Karun River on a bright Sunday for the baptism ceremony of a recently married couple. During the ceremony, the mother-of-the-bride has an asthma attack and removes herself from the proceedings, so as not to make a scene. The city of Ahvaz carries the title of world’s most air-polluted, and many suffer from respiratory illness because of it.

“The photographer chooses the event she photographs,” Berger writes. “This choice can be thought of as a cultural construction. The space for this construction is, as it were, cleared by his rejection of what she did not choose to photograph.”

The photographer hands the mother-of-the-bride a tissue, and standing above her, captures her blowing her nose. Her hands are spotted with age. Further downshore, where the river eddies, bags and bottles caked in silt amass in a pile. A bloated, dead cow bobs like a buoy at the river’s edge. They exist, only outside the frame.

A Sacred, Sullied Space  – The Revealer

It's great to see that Lake Urmia project Published in current issue of Foreign Policy Magazine.