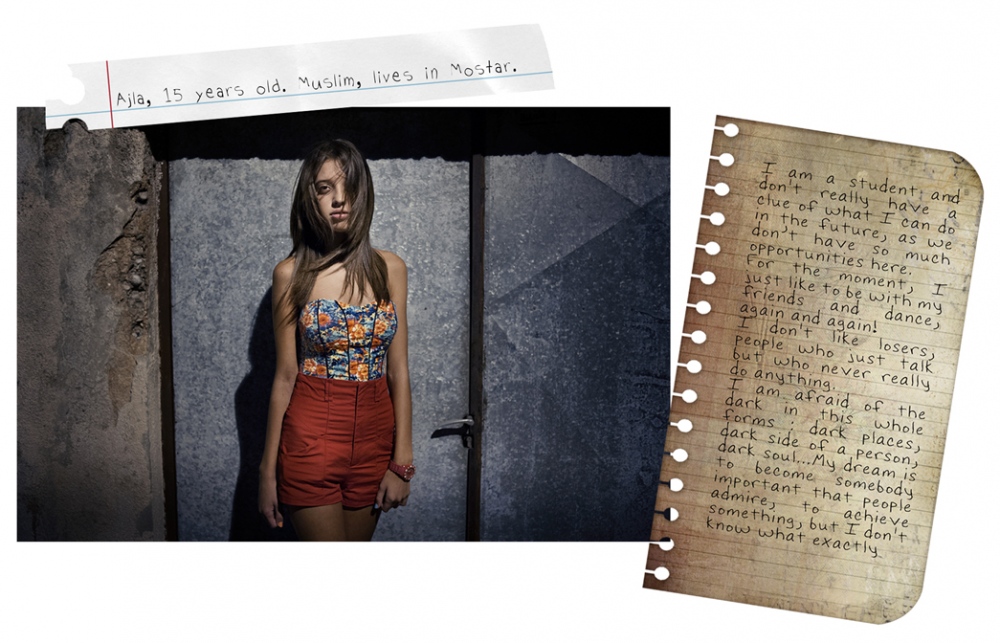 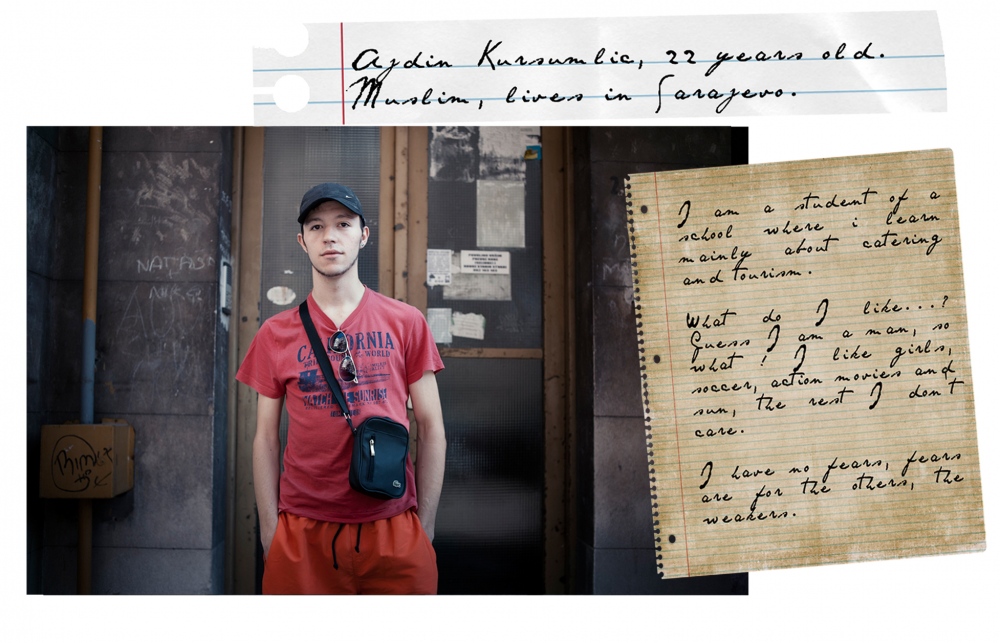 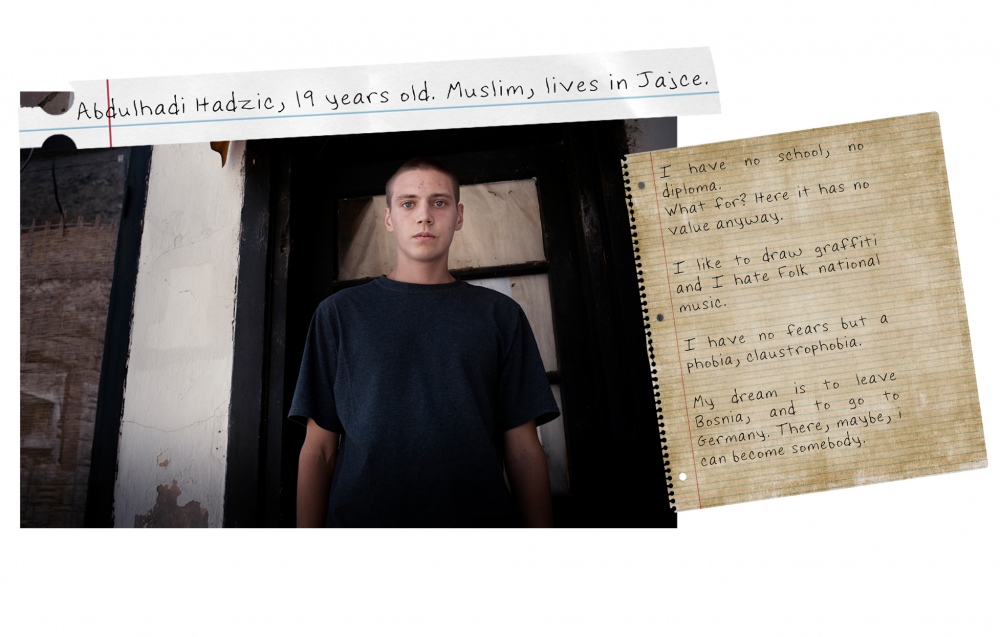 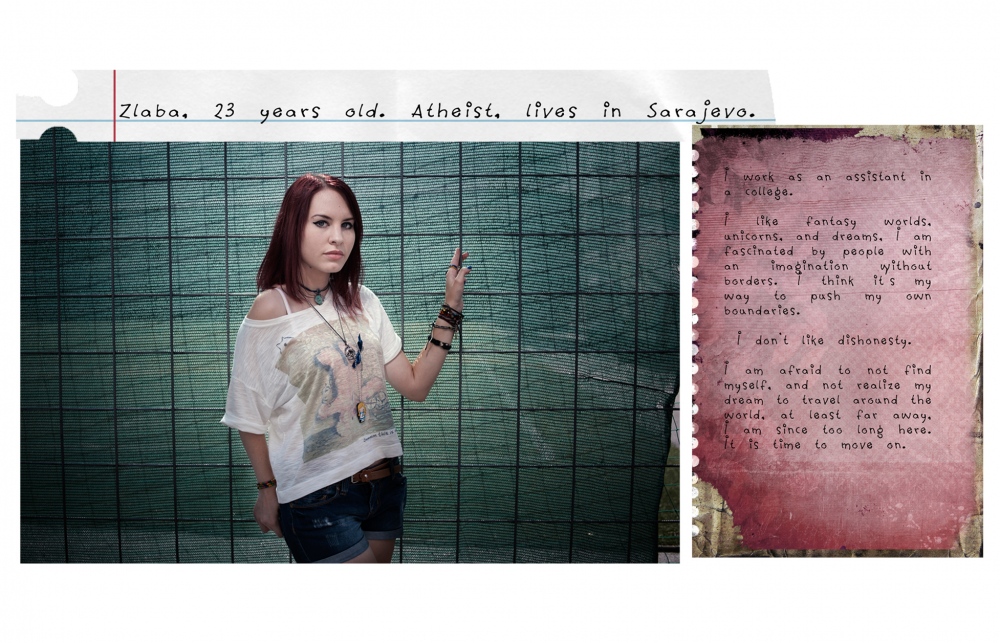 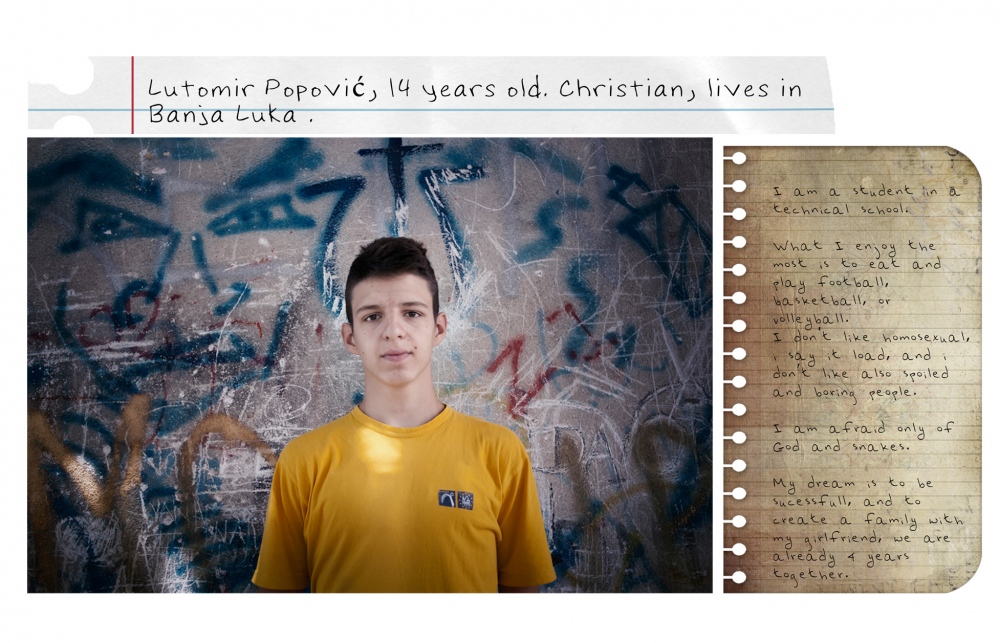 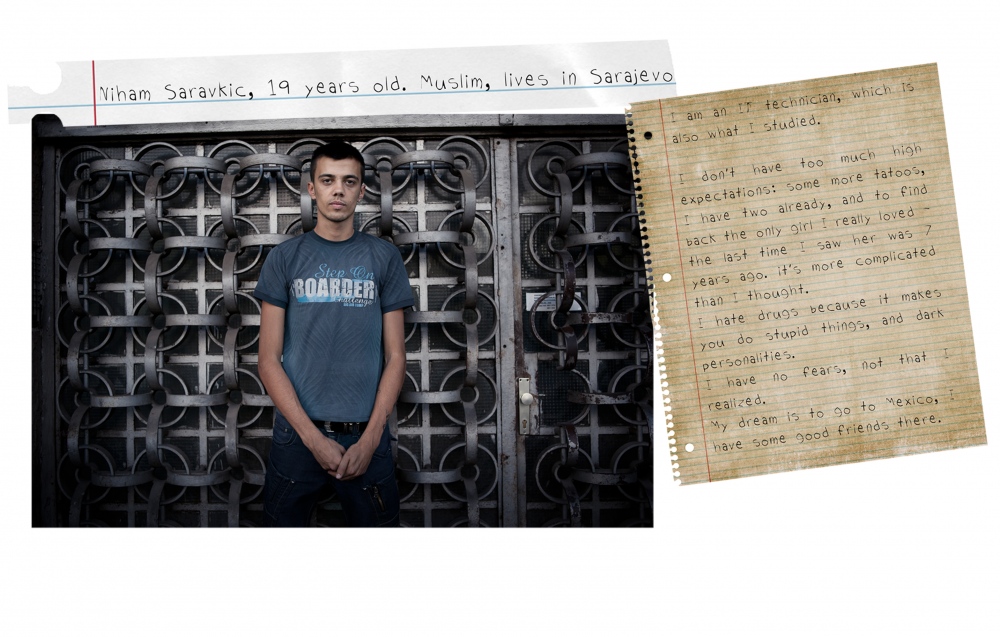 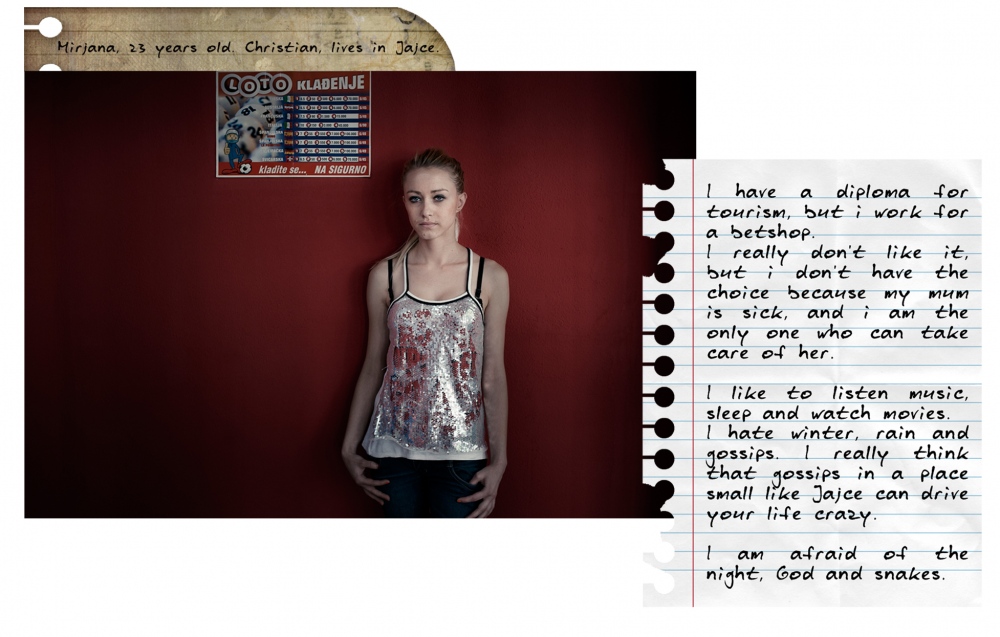 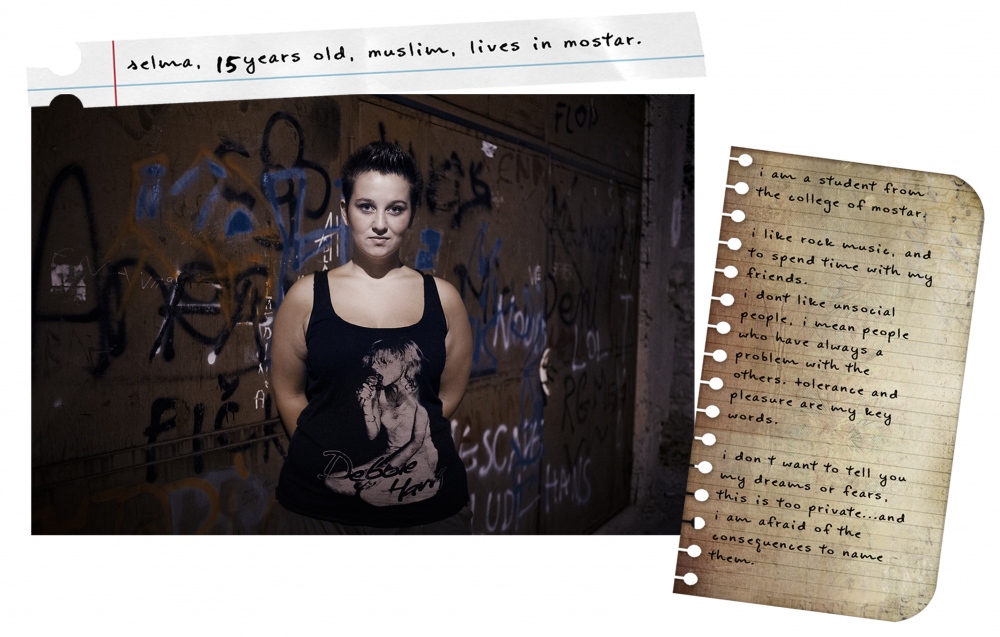 Bosnia and Herzegovina is the archetype of the big Yugoslav cauldron. Impossible to chase away from our memory the massacres of 1992-95, the ethnic cleansing, the devastation of whole villages and the deportation.

Nevertheless, Bosnia and Herzegovina is not anymore in conflict for a long time. The country is not anymore this no-man's-land riddled with antipersonnel landmines.

It is the country which relives, with scars certainly, but which regains control of what made for centuries its originality: its multiculturalism and tolerance.

In 2012, during a road trip through Bosnia, I started to photograph the teenagers I met and asked them some questions in order to get a glimpse of their personalities and view on the future. Step by step, answer after answer I realized how much more complex it is actually. With a high rate of youth unemployment (around 50 % in 2013), hopelessness is a real plague. A lot would like to leave the country if they could, not because they don’t like it, but because there is still not so many perspectives to hold on.

So young and resigned or trapped into a generation still carrying the scars of the past.

At The End Of the Day

By @laetitiavancon / hebrides lewis — The project „At the End Of The Day“ is a poetic portrait of a territory – the Outer Hebrides Islands –..
Feb 3, 2018

By VANCON Laetitia — Travelling always starts at a place we call home and can take you to unknown remote places. Meeting other..
Jan 18, 2018

By VANCON Laetitia / Munich — English Version This year, even more than the others, the number of people ready of risking their lives to..
Jan 4, 2018

By VANCON Laetitia / Istanbul — LIFE CARRIES ON 11 years ago, the family Alabalik moved from their village in Eastern Turkey, Malatya, to..
Jan 3, 2018

Where Is The Kid I Was

By VANCON Laetitia / Alès — This essay deals with existential questions of identity and sense of life. Like a moth flying blind through..
Jan 3, 2018

By @laetitiavancon / shkodra — In nowadays blood feud is defined as a serious social plague in the Albanian society. It reveals the power..
Dec 23, 2017