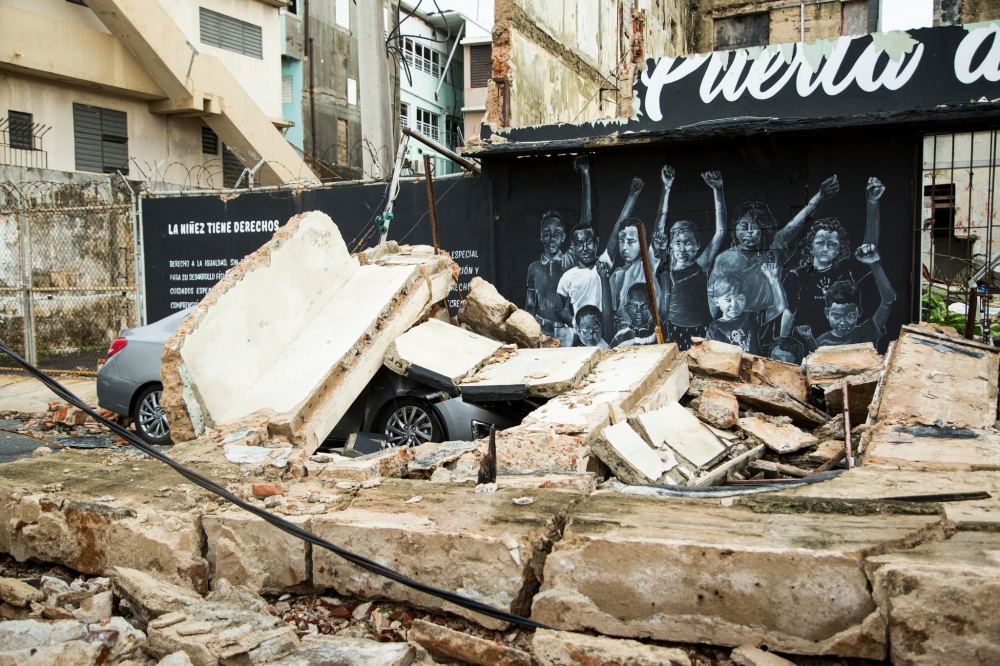 Puerto Rico remained in the throes of chaos and devastation Thursday as the remnants of Hurricane Maria continued to dump rain on the island — up to three feet in some areas.

Flash flood warnings persisted, according to the National Hurricane Center, with “catastrophic” flooding “especially in areas of mountainous terrain.”

The strikingly powerful storm had rendered an estimated 3.4 million people without power, and with the territory’s energy grid all but destroyed, Gov. Ricardo Rosselló predicted a long period of recovery. Anxious relatives in the mainland United States and elsewhere took to social media in an effort to find news of their loved ones.

Also by Voices For Puerto Rico —

By Voices For Puerto Rico — Written by Adriana Teresa Letorney/ Visura Magazine During the course of a full career playing bass,..
Oct 14, 2017

By Voices For Puerto Rico — SAN JUAN, P.R. — Power was knocked out across Puerto Rico on Wednesday and communications were scarce, but..
Sep 22, 2017