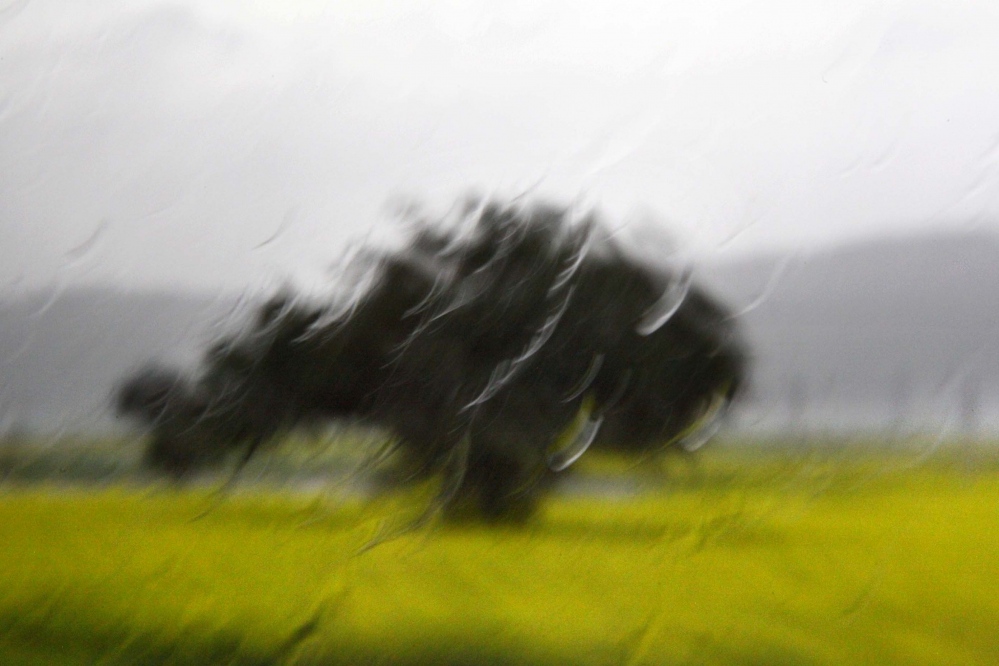 1 of 13 © 2022 Sarah Jabbari
The road to Fars Province in the first day of the Persian year, beginningÂ of spring. 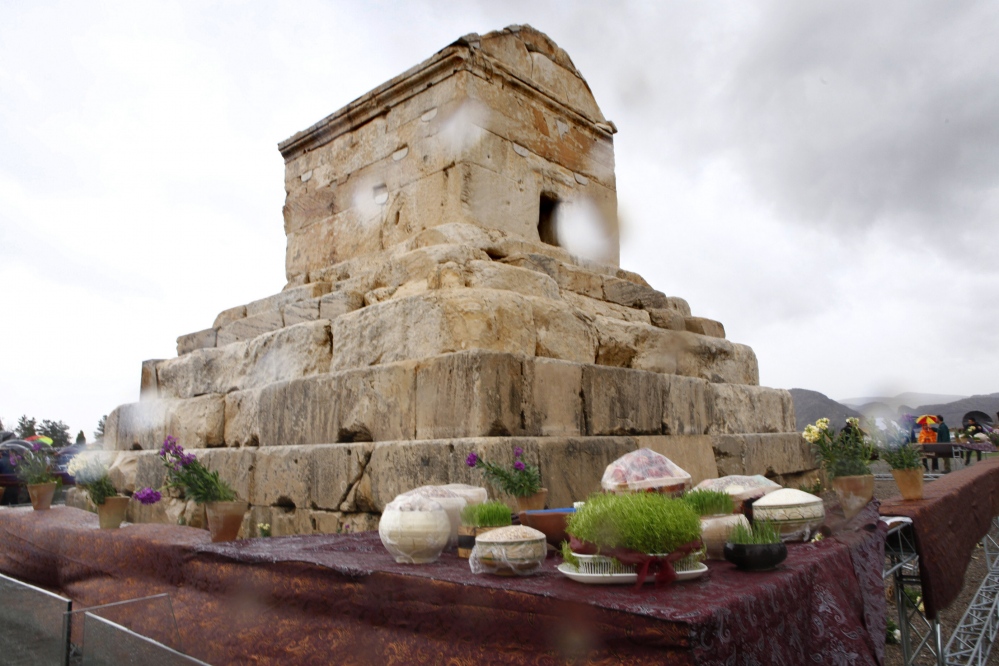 2 of 13 © 2022 Sarah Jabbari
Tabletop of Haft-Seen to honor of the arrival of spring and Persian New Year, a spontaneousÂ act byÂ Iranian people beside the tomb of Cyrus the Great father of Iranian. 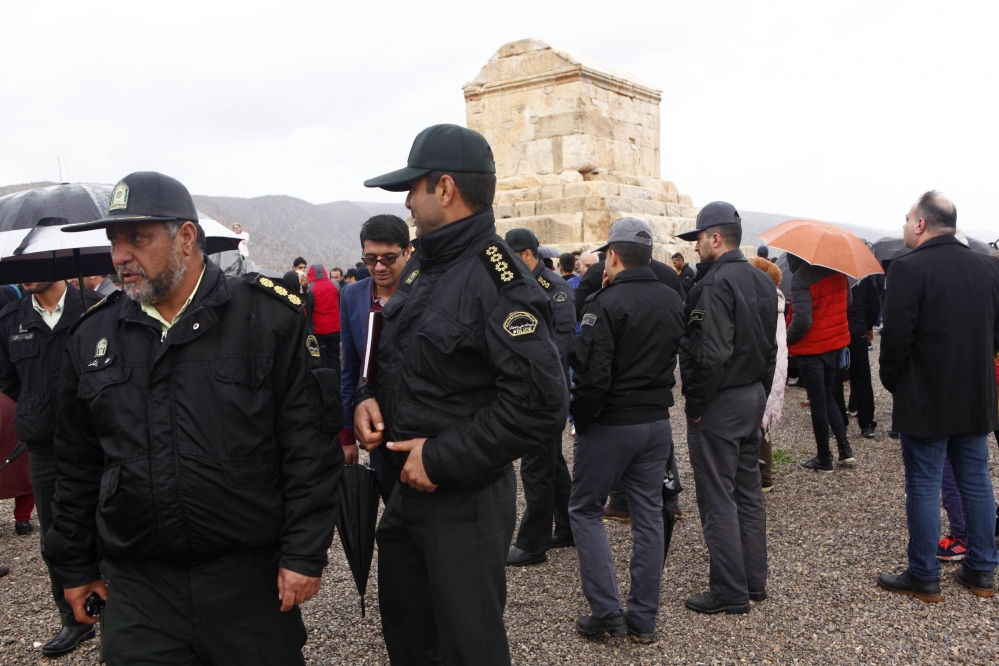 3 of 13 © 2022 Sarah Jabbari
Security forces with official and private clothes among people at the beginning of New Year.Â Iranian police do not stand with gatherings out of Islamic porpuses. 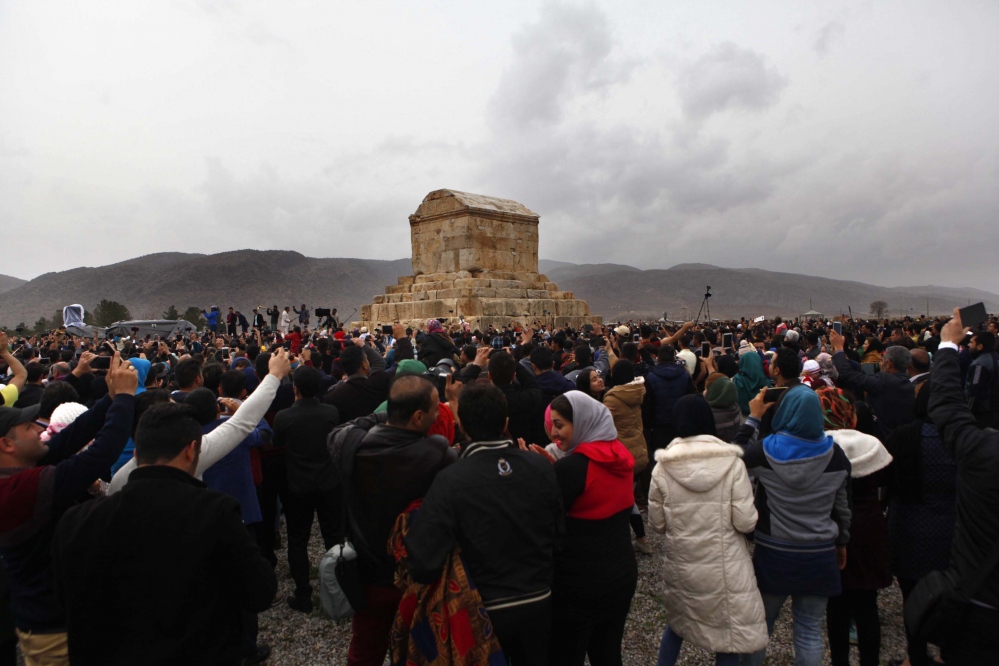 4 of 13 © 2022 Sarah Jabbari
Iranian gathered in Cyrus the Great's tomb to celebrate the beginning of spring and Persian New Year.Â 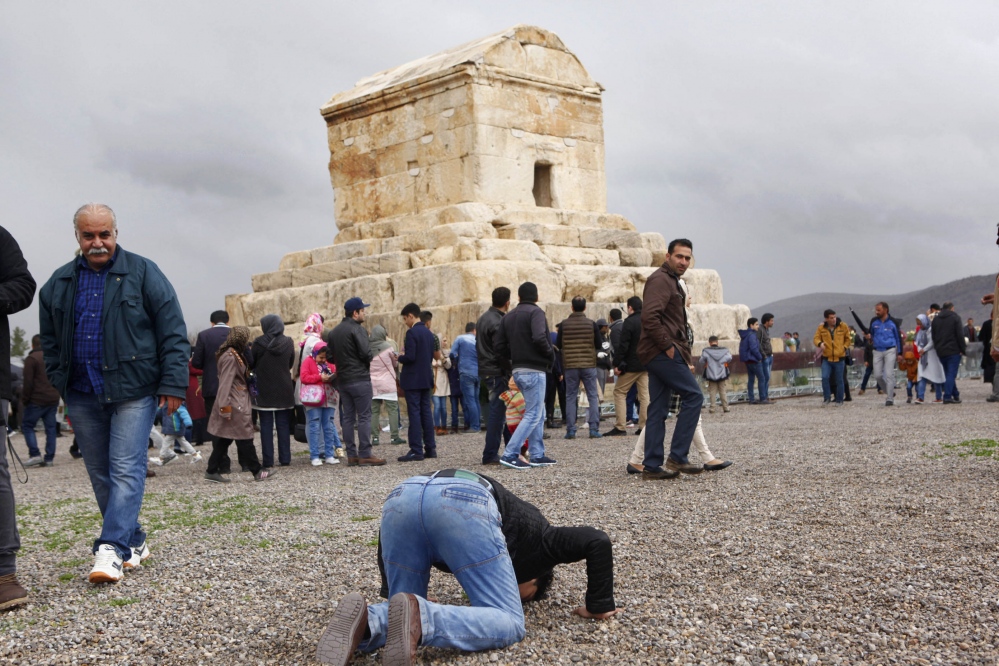 5 of 13 © 2022 Sarah Jabbari
A young Iranian man prostrate against Cyrus the great, known as the father of Iranian (Persians). 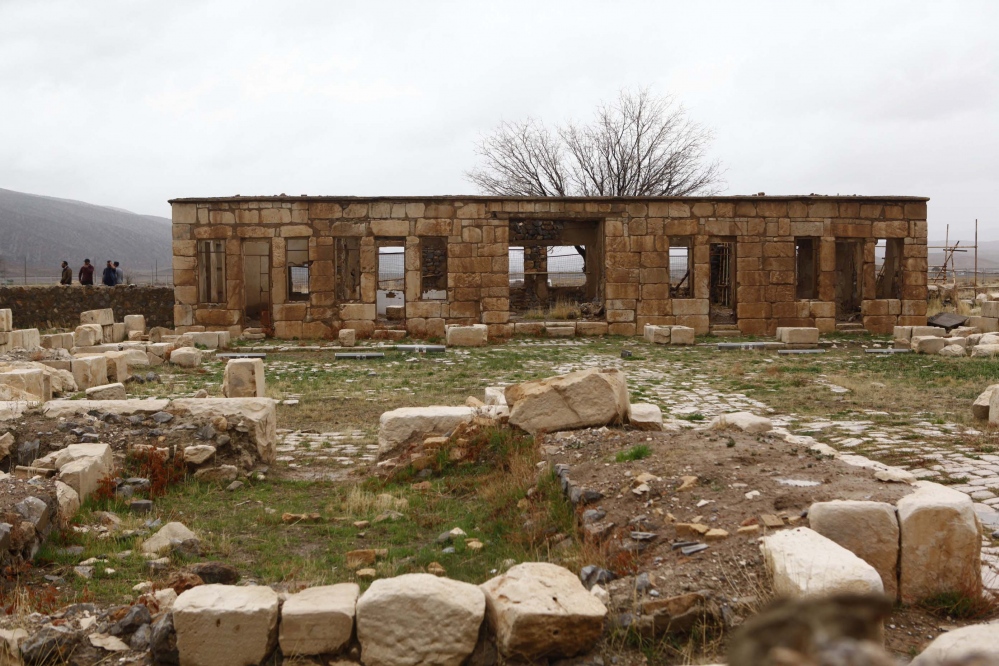 6 of 13 © 2022 Sarah Jabbari
Atabaki Karvansara built by the remains of Cyrus tomb in 12th A.D nearby the tom 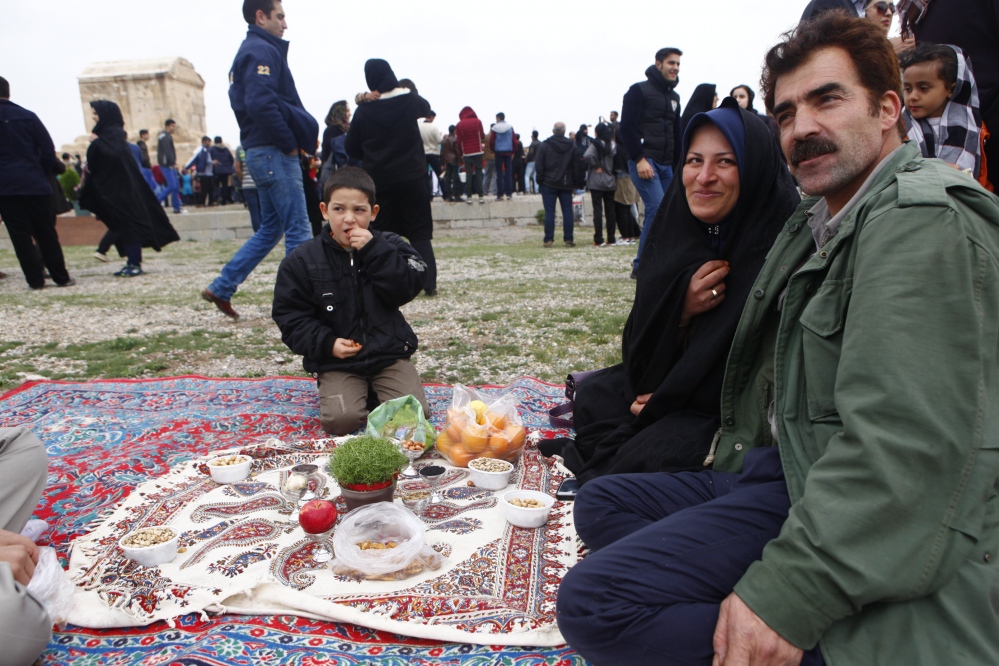 7 of 13 © 2022 Sarah Jabbari
An Iranian Muslim family is celebrating New Year in Pasargad. 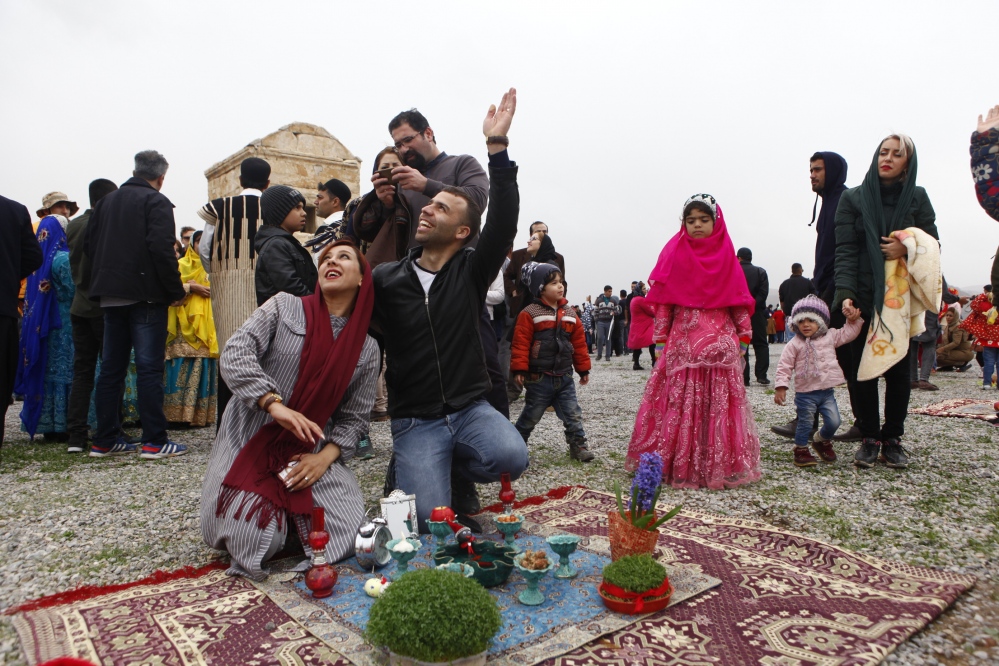 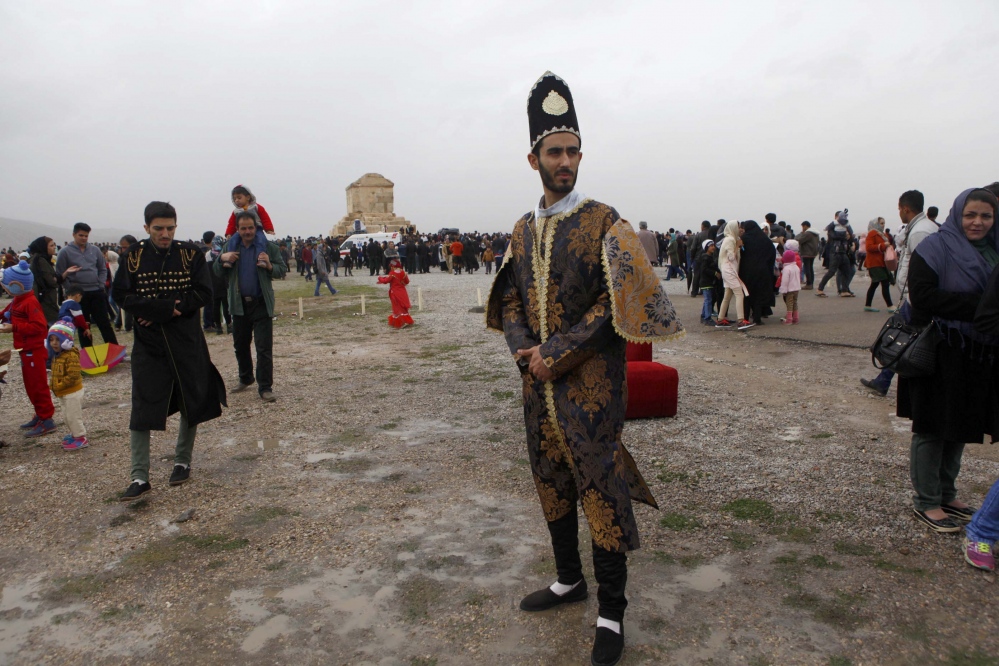 9 of 13 © 2022 Sarah Jabbari
An Iranian man wears one of the traditional clothes of Persians in the celebration of Persian New Year. 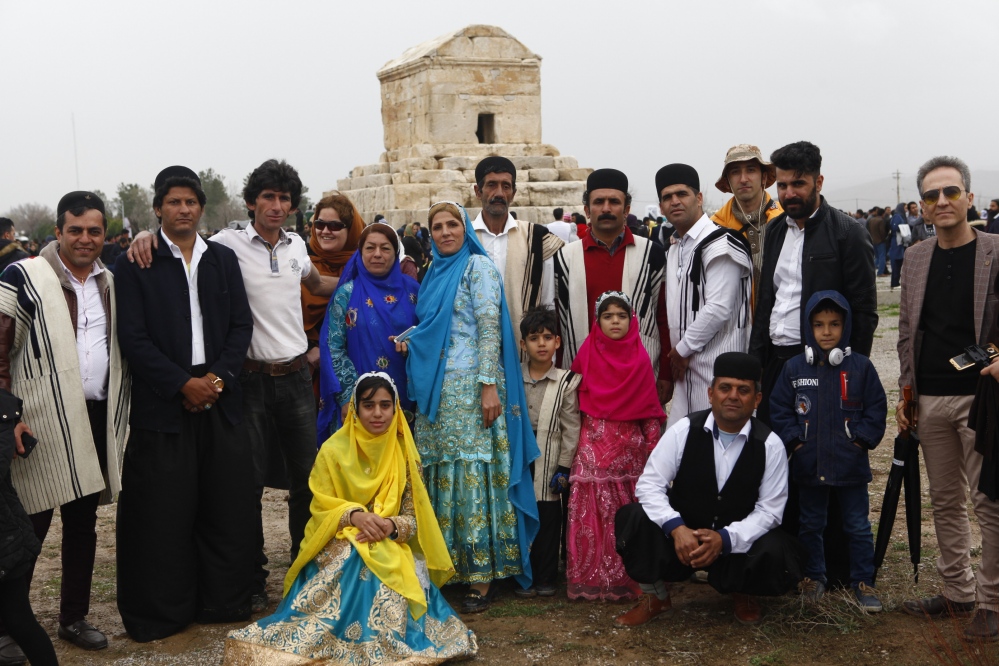 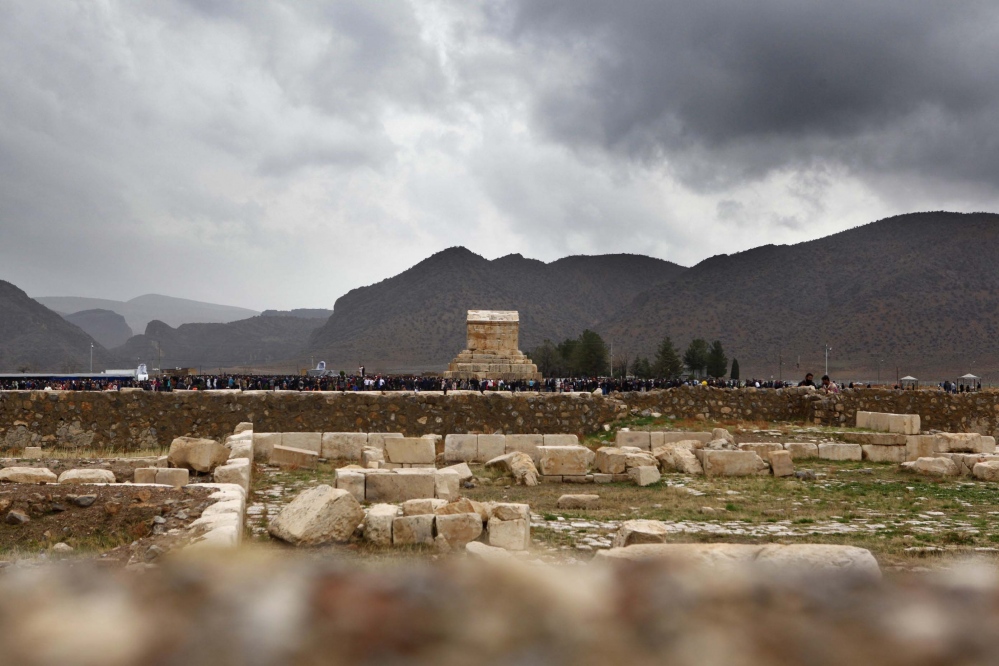 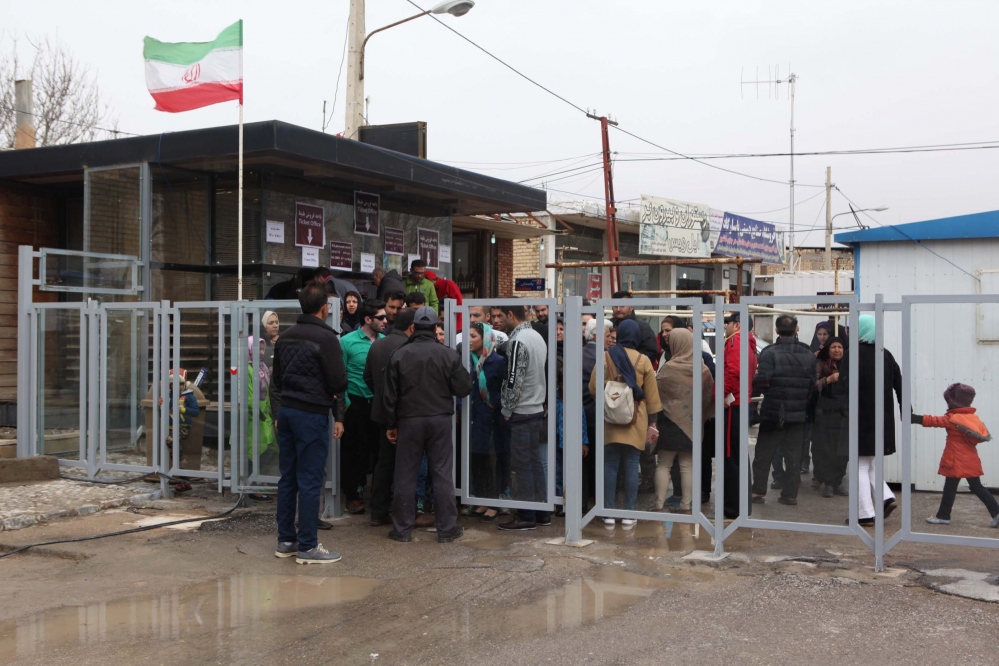 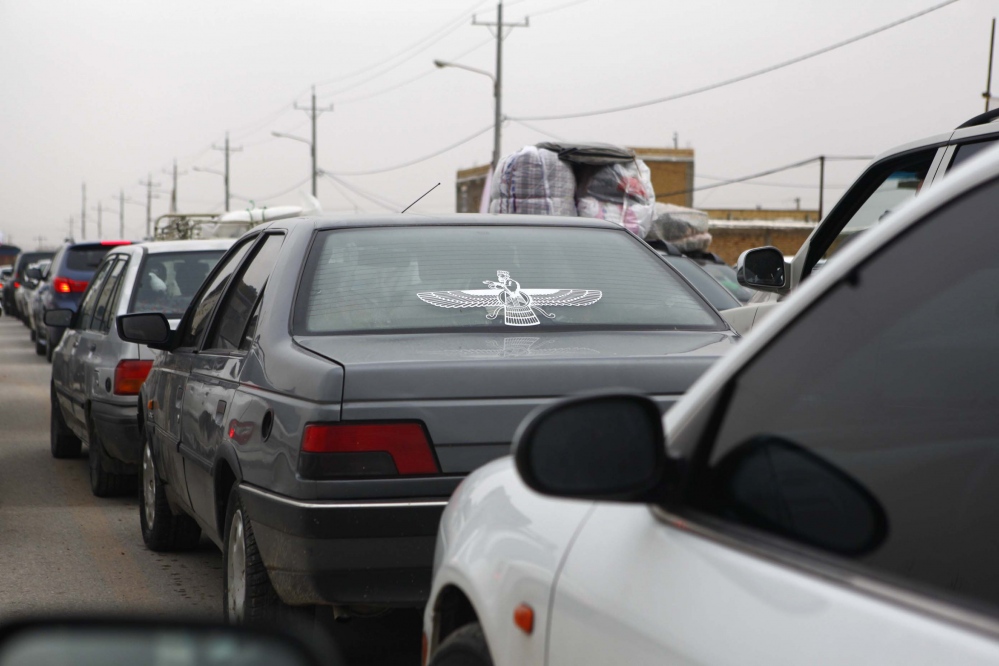 Norooz (new day) is the name of the Iranian New Year, also known as the Persian New Year, which is celebrated worldwide by the Iranians, along with some other ethno-linguistic groups, as the beginning of the New Year.

It has been celebrated for over 3,000 years in Western Asia, Central Asia, the Caucasus, the Black Sea Basin and the Balkans. It marks the first day of the first month (Faravardin) in the Iranian calendar.

Norooz is the day of the vernal equinox, and marks the beginning of spring in the Northern Hemisphere. It usually occurs on March 21or the previous or following day, depending on where it is observed. The moment the sun crosses the celestial equator and equalizes night and day is calculated exactly every year, and families gather together to observe the rituals.

Although having Iranian and religious Zoroastrian origins, Norooz has been celebrated by people from diverse ethno-linguistic communities for thousands of years. It is a secular holiday for most celebrants that is enjoyed by people of several different faiths, but remains a holy day for Zoroastrians.

In Iran after Islamic revolution of 1979 celebration of Iranian festivals faced restrictions from Islamic regimes and dance and music became forbidden. In Iran in the beginning of New Year Iranian hold parties in their private places and ceremonies hold by government is on the surface layers and not elaborately held.

Due pressure and suppression of regime of Iran on people, many Iranian celebrate New Year in historical sites like Pasargadae, Persepolis, and elsewhere. Police of Iran and security forces always try to stop and control people as they are afraid of anti-regime slogans and protests in gatherings of groups.

Some Iranian held their new year in Pasargadae, in the area of Cyrus the Great's tomb, father of Iranian, although with presence and control of security forces.