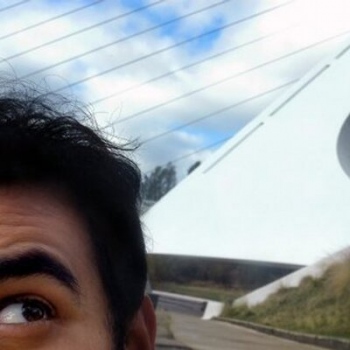 Shaminder is a multimedia producer, documentary and commercial photographer and independent filmmaker with a penchant for uncovering the story behind places, people, and things. With his work Shaminder strives to... read on
www.newsweek.com
About

Shaminder is a multimedia producer, documentary and commercial photographer and independent filmmaker with a penchant for uncovering the story behind places, people, and things.

With his work Shaminder strives to create images that live beyond the daily news cycle and craft journalistic narratives that allow for the understanding of complex issues and coming to informed conclusions on the human level.

He believes the worlds is many shades of gray and strives to stir the dialogue of "why should I care" with action.

His work has spanned three continents, appearing in The Houston Chronicle, Mother Jones, The UK Guardian, Vibe Magazine, International Center of Photography and others; earning a reputation as a researcher, collaborator, and developer of new and unique perspectives.

Most recently Shaminder wrapped up a six-month road trip across the USA in which he lived and produced work out of an AirStream. He also was invited to Berlin, Germany in October for a stint of code hacking and journalism with the Knight Foundation and Mozilla Foundation.

With Shaminder you get someone who comes to the table with ideas, experience and energy to plan, produce and publish so that great ideas don’t just live in the mind.

Currently Shaminder is based in New York City where he is working on a feature-length documentary chronicling the backstories of Generation Y and shifting attitudes toward life and work in the wake of the recession, pushing forth innovation in journalism as an organizer with #WJchat, crafting a photo book project and secretly working on a stand-up act at open mic nights.

He is available world-wide for collaborations with writers, designers, data journalist, artists, non-profits, researchers and curious types. If you have an assignment, project or idea to develop, get in touch.