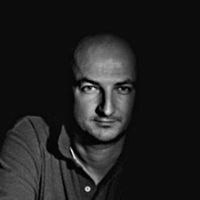 Photographer based in MOSCOW

Photojournalist DMITRI BELIAKOV, born 1970, Russia, Vologda region, graduated from the Foreign languages department of Yaroslavl University and started working in 1993 as a translator-researcher for Express Newspapers UK and... read on

Beliakov’s main interests are documenting humanitarian issues such as the poverty, the human conflicts, human rights abuses, war crimes, victims of terror and post-war syndrome, drugs-trafficking, ecology issues.
As well, since 2002-2008 on contract to Bloomberg News photo-desk his pictures have illustrated business, political, economic, and news feature stories throughout Russia and the former Soviet Union.

Magas, Ingushetiya Republic, Memorial to the Victims of Political Repressions - 2014

The Russian Museum of Contemporary History - 2011

The Art Pavilion in Zagreb by Croatian Photographic Union - 2011

The Museum of Resistance, Deportation, War, Rights and Freedom of Turin, Italy - 2008

Dmitri Beliakov has contributed to a few books, including

2012 - “ON THE FRONT LINE, The Collected Journalism of Marie Colvin”, by Harper Press.

2010 - “TERROR IN CHECHNYA, Russia and The Tragedy of Civilians in War”, by Emma Gilligan

2007 - updated edition of “CRIMES OF WAR What the Public Should Know”, by Roy Gutman

In 2011 Beliakov himself has released a photobook “SPETSNAZ”, fine collection of artistic black-white film portraits of the veterans of Soviet and Russian special forces & anti-terror units.