Editor in Chief
Slideluck Editorial
Follow
Profile
News (3)
Images (1)
Location: Bari, IT
Nationality: Italy
Biography: Editor-in-Chief at Slideluck Editorial ( www.slideluckeditorial.com ): new platform with the aim of showcasing the best photographic work from Slideluck events worldwide, and of providing tips and advice for the creation of effective multimedia... read on 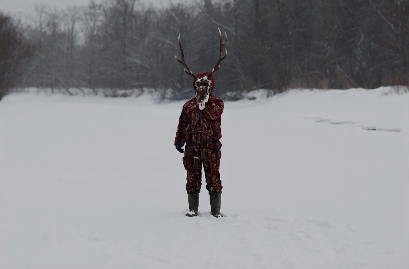 "It was still a time when a Udege, looking at a deer, he thought he saw a deer-man (…)
In those times all sort of things happened to people. Such things happened that nowadays do not." Udege tale

We are very proud to feature Alvaro's last work: a documentary that taps into tales, shamanism, legends...
Enjoy this week's multimedia, as well as a double interview to the photographer and Jose Bautista, producer and editor. We also included a link to a comprehensive interview published by GUP magazine about the project.

By Maria Teresa Salvati — Slideluck Napoli  and  Slideluck Tokyo  have their call for photographers open and are..
Jan 15, 2016

By Maria Teresa Salvati — It is believed that once a year, on the Twelfth Night after Christmas, something special happens in Kalsoy,..
Oct 13, 2015