Photographer
Follow Hire
Profile
News (7)
Location: Philadelphia
Nationality: Canadian
Biography: Currently, a freelance photographer based in Philadelphia, Pennsylvania. My background is in photojournalism and documentary photography. I am a graduate of the photojournalism program at Loyalist College. In 2014 I was the recipient of the Tom... read on
Focus: Photographer, Photojournalist, Documentary, Photo Editor, Lifestyle, Events, Assignments 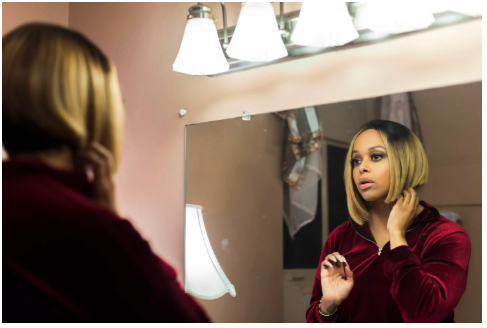 1 of 1 © 2021 Hannah Yoon
A few days after Christmas, R&B singer Chrisette Michele gets ready in the backroom before her concert at the Keswick Theatre in Glenside, Pa. (Hannah Yoon for The Washington Post)
News Spotlight
on The Washington Post: A black R&B artist hoped singing for Trump would build ‘a bridge.’ It derailed her career instead.
hannah yoon
Apr 6, 2019

GLENSIDE, Pa. — Chrisette Michele held hands with her band members during a final prayer, posed for a pre-show Instagram photo and stepped out into what remains of a career battered by a 5-minute-18-second association with Donald Trump.

The Keswick Theatre in this suburb of Philadelphia sits in a region that is the mecca of the neo-soul music that earned Michele a dozen years of fame, a record deal at 23 and a career-validating Grammy. The last time she sang at the Keswick, her manager and husband, Doug Ellison, reminisced, nearly all 1,500 seats were filled.

But a few days after Christmas, the die-hard fans clotted near the stage to hear Michele sing were surrounded by a phalanx of empty seats.

It has been two years since Michele made what many predicted would be a career-ending decision — singing at one of President Trump’s inaugural balls. She accepted the gig against the advice of her fans, former collaborators and even her husband. She believed the performance would be an opportunity to “be a bridge” in a fractured nation.

Through the Eyes of Women

By Hannah Yoon — Charlotte Schmitz & I have been working with Women Photograph members to document our lives during the..
May 28, 2020

In Philadelphia Schools, Students and Teachers Log Miles Together

By Hannah Yoon — In April & May I spent some time with the students and mentors of Students Run Philly Style. This is a..
Jun 10, 2019

on Macleans: The long road from Syria to Peterborough

By Hannah Yoon — Refugee dreams: The long road from Syria to Peterborough A family uprooted by war in Syria completes the..
Apr 6, 2019

on The Globe and Mail: Five ways to be young and transgender in Kitchener-Waterloo

By Hannah Yoon —   Five ways to be young and transgender in Kitchener-Waterloo Two photographers explore the struggles,..
Apr 6, 2019