The Washington Post is a major American daily newspaper published in Washington, D.C., with a particular emphasis on national politics and the federal government
Follow
Profile
News (66)
Location: Washington, D.C.
Biography:  In Sight is The Washington Post photography blog for visual narrative. This platform showcases compelling and diverse imagery from staff and freelance photographers, news agencies, and archives. If you are interested in submitting a... read on 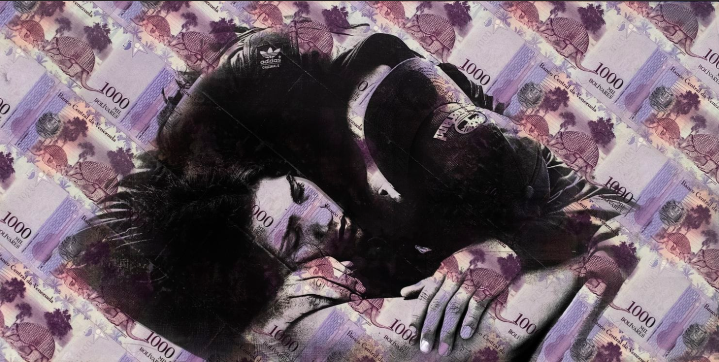 1 of 1 © 2020 The Washington Post
Jairo (18) and Julia (15) rest on each other after walking for 20 kilometers on the road from Cucuta to Bucaramanga, the first stretch on the migrant route out of Venezuela. (Felipe Jácome)
Media News
When money in Venezuela stopped functioning as currency, this photographer turned it into art
the washington post
Jun 9, 2019
By Felipe Jácome and Chloe Coleman
May 24

Last summer, thousands of Venezuelan migrants began fleeing across South America every day. I was in my hometown in Ecuador, covering the arrival of the refugees, when a little girl who’d walked out of her country gave me an origami figure of a star made with Venezuelan money. Other Venezuelans were handing out their worthless, hyper-inflated bolivars as souvenirs in exchange for a few dollars, and many others had created bags, wallets, and bracelets out of folded bills.

I held that origami figure in my hands and wondered what everyday life was like in a land where the money had stopped being money and where a monthly wage can barely purchase a bag of rice. The colorful bolivars were, finally, the most tangible manifestation of an exodus that is nearly as big as the one from Syria, with more 3.5 million hitting the road.

With this realization, I set out to the Venezuelan border and joined a group of “caminantes” — walkers, or wayfarers — as they crossed into Colombia and trekked across the Andes. The faces along this path were covered by fear, grief, nostalgia, resignation and, above all, uncertainty. Some of them were on the way to join a friend or a family member who had already migrated; most seemed to be adrift, walking for hundreds of kilometers until they reached a town where they could find jobs and begin sending money back to Venezuela.

Restricted by the Covid-19 pandemic, this photographer is creating an intensely personal ‘Quarantine Ballad’

By The Washington Post — Photographer Tomaso Clavarino reflects, through his camera, on being locked down during the COVID-19 pandemic. Written by Kenneth Dickerman  ..
May 22, 2020

By The Washington Post — It seems like the  coronavirus pandemic has touched just about everything around the globe. So I find it a little odd to write about new photo..
May 9, 2020

A photographer creates a ‘Cosmos’ of bacteria

By The Washington Post — Marcus DeSieno’s art project displays microscopic bacteria that are grown onto photographic film of images from space.
May 6, 2020

The porch diaries: Social isolation and the coronavirus in Australia

By The Washington Post — Australian photographer Alana Holmberg shows small slivers of daily life in the time of the coronavirus.
May 5, 2020

What life is like under lockdown in northern Italy

These people are helping save orangutans in Sumatra, Indonesia

By The Washington Post — Belgian photojournalist Alain Schroeder first encountered orangutans as a tourist in Indonesia. After feeling an immediate connection to them, he..
Apr 8, 2020

‘There is a comfort in knowing that the heartbeat of these hills will be There for us. That the rhythm of everyday life moves on.’

These stark, black-and-white photos show the impact of a dead steel industry in Baltimore

By The Washington Post — Photographer J.M. Giordano documents the decline of industry in his hometown. For 125 years the Bethlehem Steel mill in Baltimore’s Sparrows..
Mar 11, 2020

By The Washington Post — Photographer Isadora Kosofsky spent years shadowing the three intertwined lives of Adina, Will and Jeannie for her new book, "Senior Love..
Feb 14, 2020