The Washington Post is a major American daily newspaper published in Washington, D.C., with a particular emphasis on national politics and the federal government
Follow
Profile
News (55)
Location: Washington, D.C.
Biography:  In Sight is The Washington Post photography blog for visual narrative. This platform showcases compelling and diverse imagery from staff and freelance photographers, news agencies, and archives. If you are interested in submitting a... read on 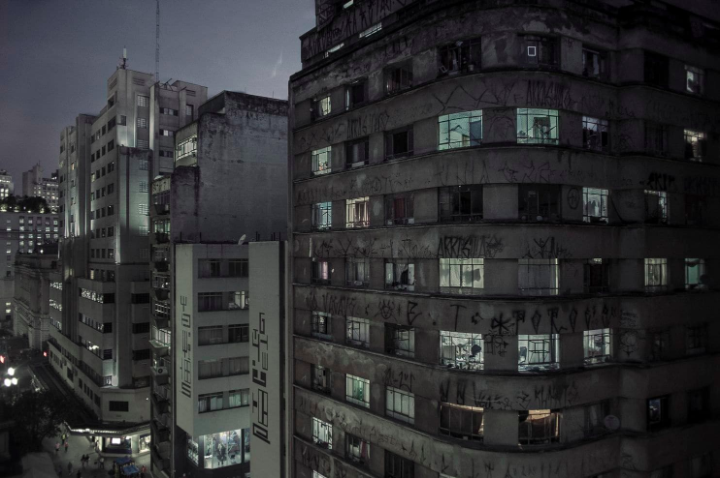 ese buildings to be transformed into public housing. (Javier Alvarez)

Media News
What it’s like living in an abandoned building in one of the most-populous cities in the world
the washington post
Mar 27, 2019

Sao Paulo, Brazil, is one of the world’s most populous cities. The city is also the capital of Sao Paulo state, which in turn is the country’s most populous and wealthiest. Sao Paulo attracts a lot of visitors to enjoy its many monuments, parks, museums and galleries, and it also is home to some of the country’s largest skyscrapers. But like any large urban area, it has economic disparities that spur people to find ways to eke out a dignified existence — for instance, by inhabiting Sao Paulo’s many abandoned buildings.

Alvarez has always been drawn to big cities. In 2010, he visited Sao Paulo while attending a photo festival there, and during that time became drawn to the city and wanted to work on a project there, he says. Three years later, he returned to explore the city’s inhabitants squatting in the abandoned buildings. He ended up documenting life in one in particular, the “Marconi” building. Alvarez says that at the beginning of the project, “I literally knocked on the door and introduced myself because I wanted to know about the inhabitants and how they came to squat in these massive buildings in the middle of the city.”

When money in Venezuela stopped functioning as currency, this photographer turned it into art

By The Washington Post — By Felipe Jácome and  Chloe Coleman May 24 Last summer, thousands of Venezuelan migrants began fleeing across South America..
Jun 9, 2019

By The Washington Post — By Sarah Stacke June 3 Photographer Hugh Mangum was an uncanny portraitist. Maybe it was because of the professional hypnotist training he..
Jun 9, 2019

By The Washington Post — By Kenneth Dickerman and Anna Filipova June 5 Anna Filipova photographs areas that most of us will never set foot in. But she’s not just a..
Jun 9, 2019

By The Washington Post — By James Lattanzio and  Chloe Coleman June 6 In summer 2016, I decided to act on a long-simmering idea to do a series of portraits..
Jun 9, 2019

Hoping to preserve ancestral homelands and culture, these indigenous groups in Mexico have established semi-autonomous governments

By The Washington Post — By Kenneth Dickerman Photo editor April 17 For the past six years, photographer Scott Brennan has been spending time with indigenous groups in..
Jun 9, 2019

By The Washington Post — Thank you for supporting our journalism. SEE THE WINNERS AND FINALISTS
Apr 16, 2019

In Sight: This photographer hung out with some Jane Austen mega-fans. Here’s what she saw.

LONG EXPOSURE: How one photojournalist found one unexpected way to process trauma

By The Washington Post — "Photojournalists are trained to be as neutral and objective as possible. D'Agata had a very different approach: He pushed our small group..
Mar 27, 2019

An intimate portrait of life in the South Bronx, formed out of an unlikely friendship

Fueled by a sense of loss and nostalgia, a photographer seeks to capture what’s left of ‘old New York’