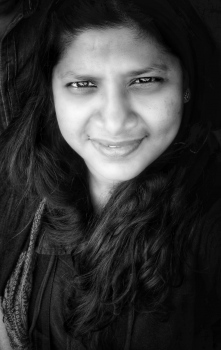 UAE based projects include:

Women in Falconry: Falconry is a male-dominated bastion, but many women in UAE are quietly practising that they don’t want to show others. Ayesha Al Mansoori, the first female falconer from Abu Dhabi, broke norms and taught other women to practice falconry, and Vidhyaa accompanied her for almost two years to capture this series.Living with Vitiligo: An Emirati lady with vitiligo showcases the “beauty side” of her skin ailment in this narrative by using art to celebrate her body and inspire others to overcome their fear.

“Mangrove conservation and rehabilitation efforts in the United Arab Emirate” is a significant issue since mangroves are disappearing all over the globe, and in this project, she aims to highlight how the UAE’s best practices and challenges to combat climate change.