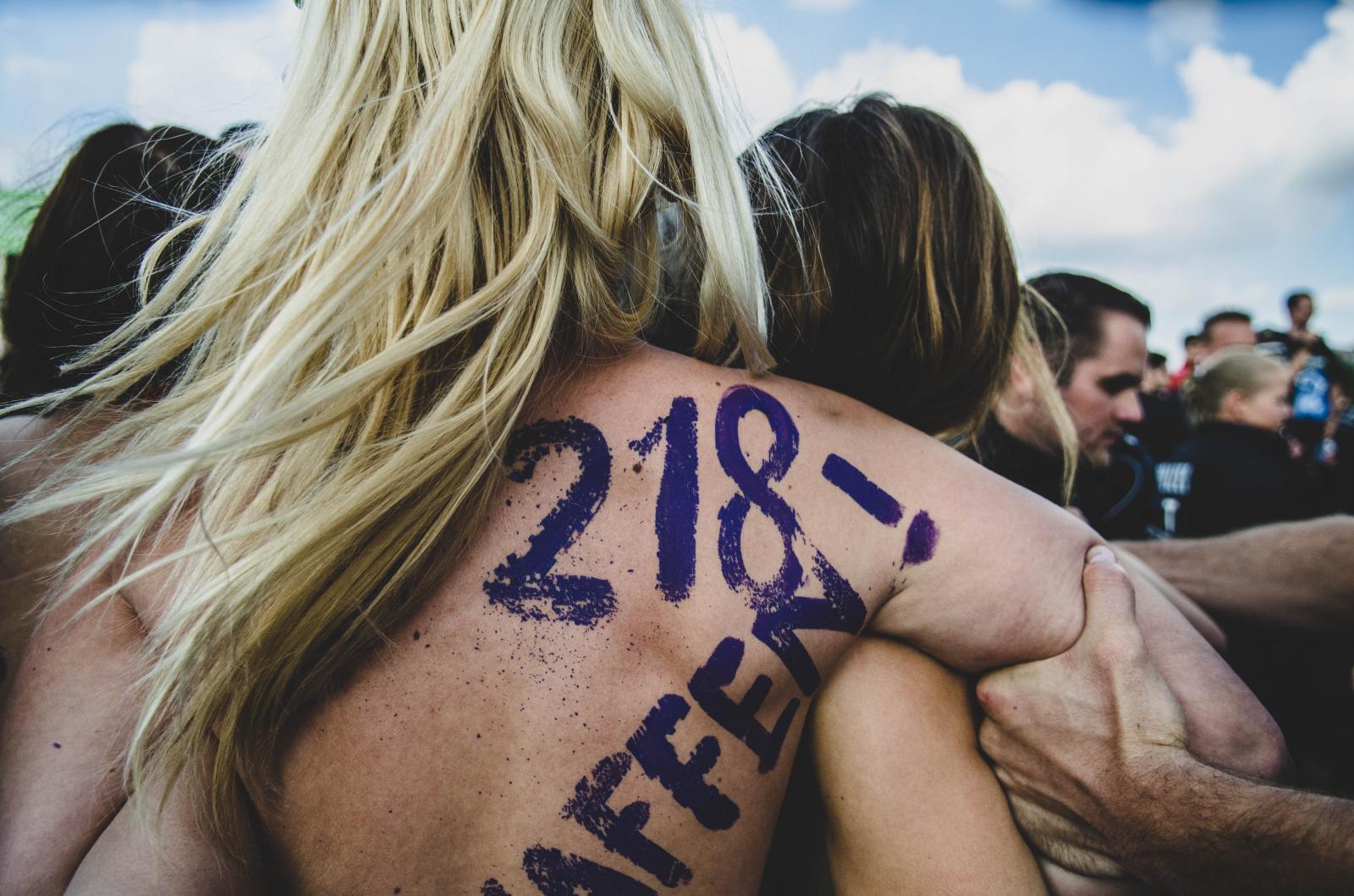 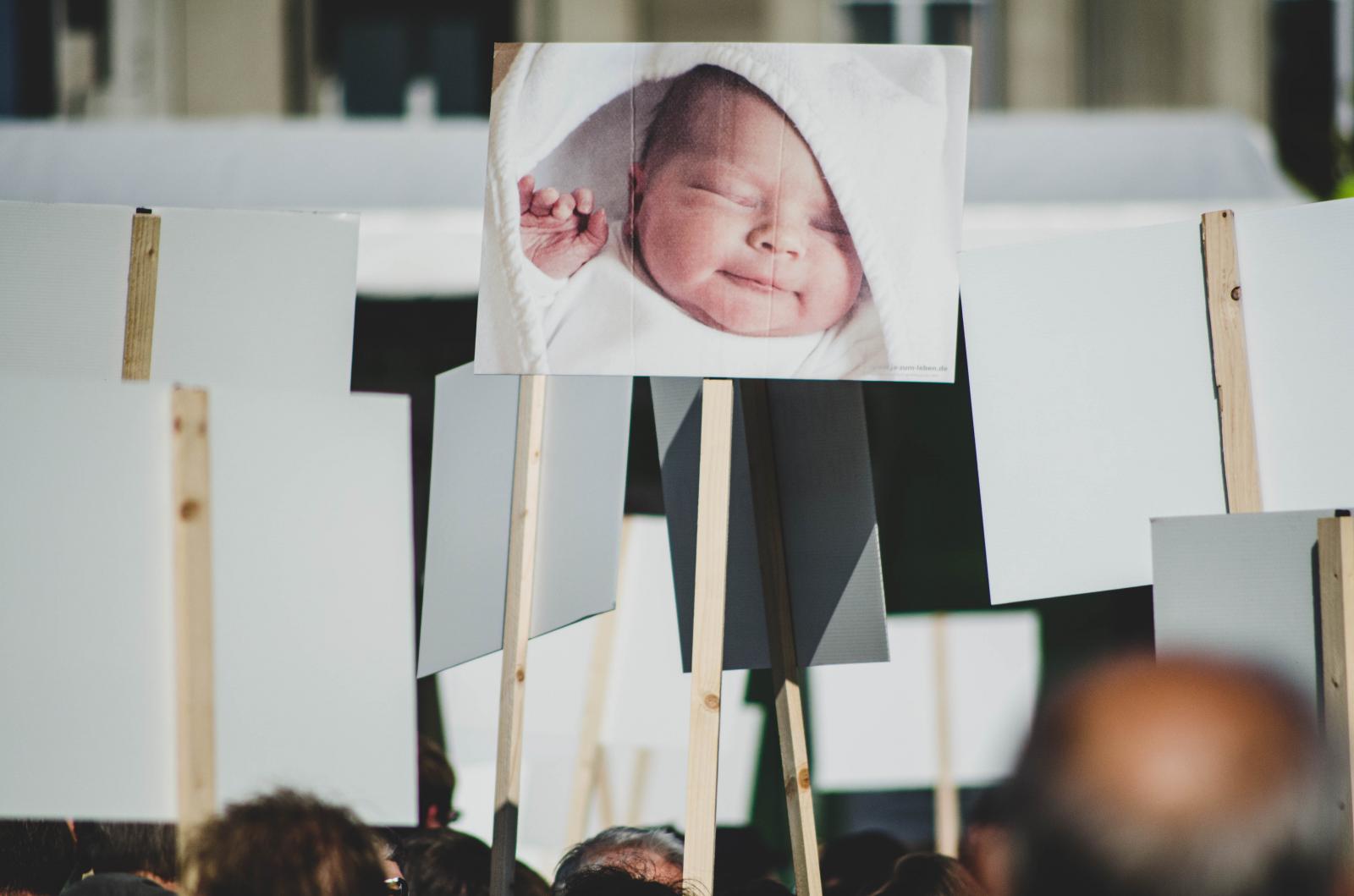 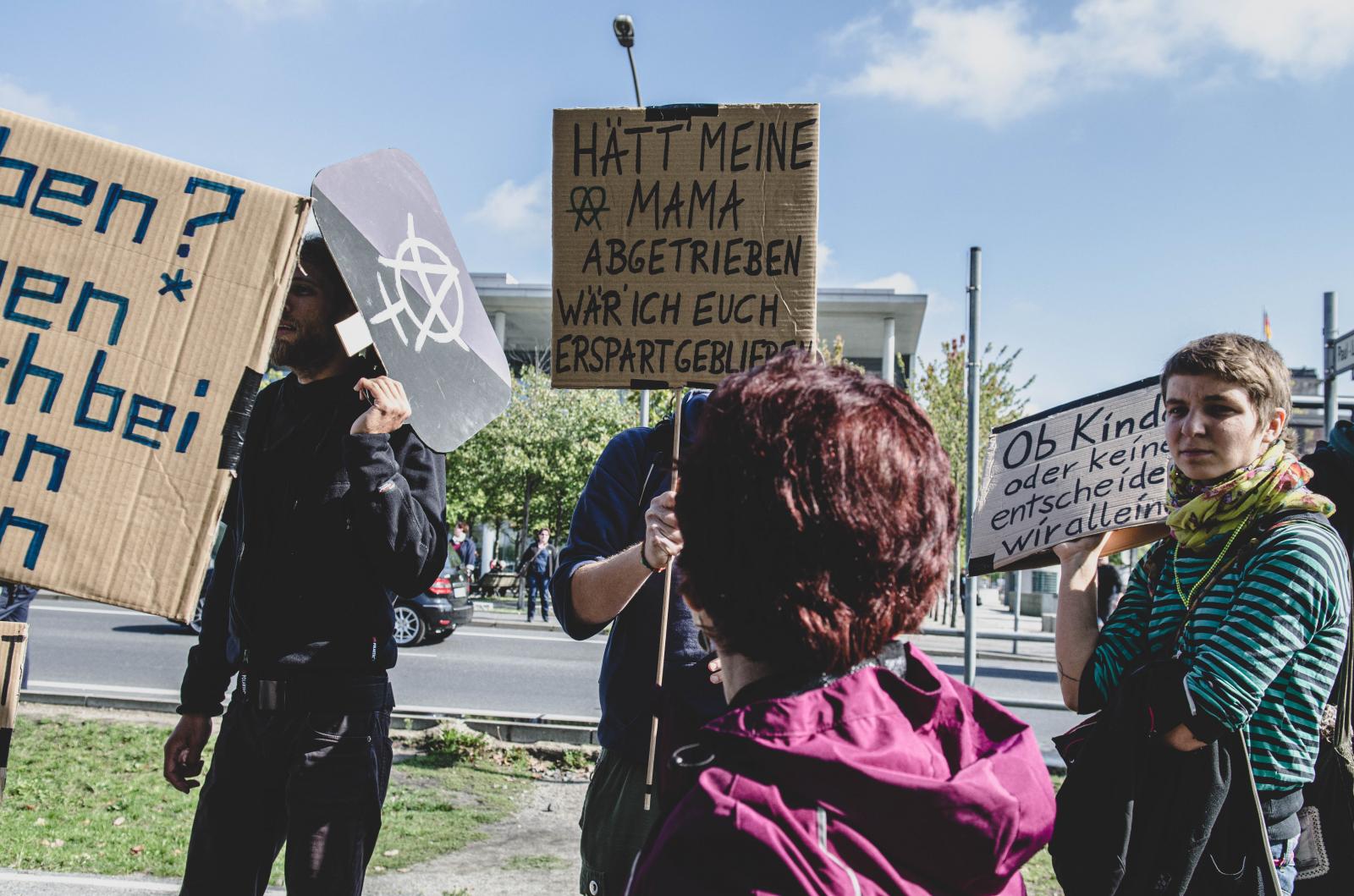 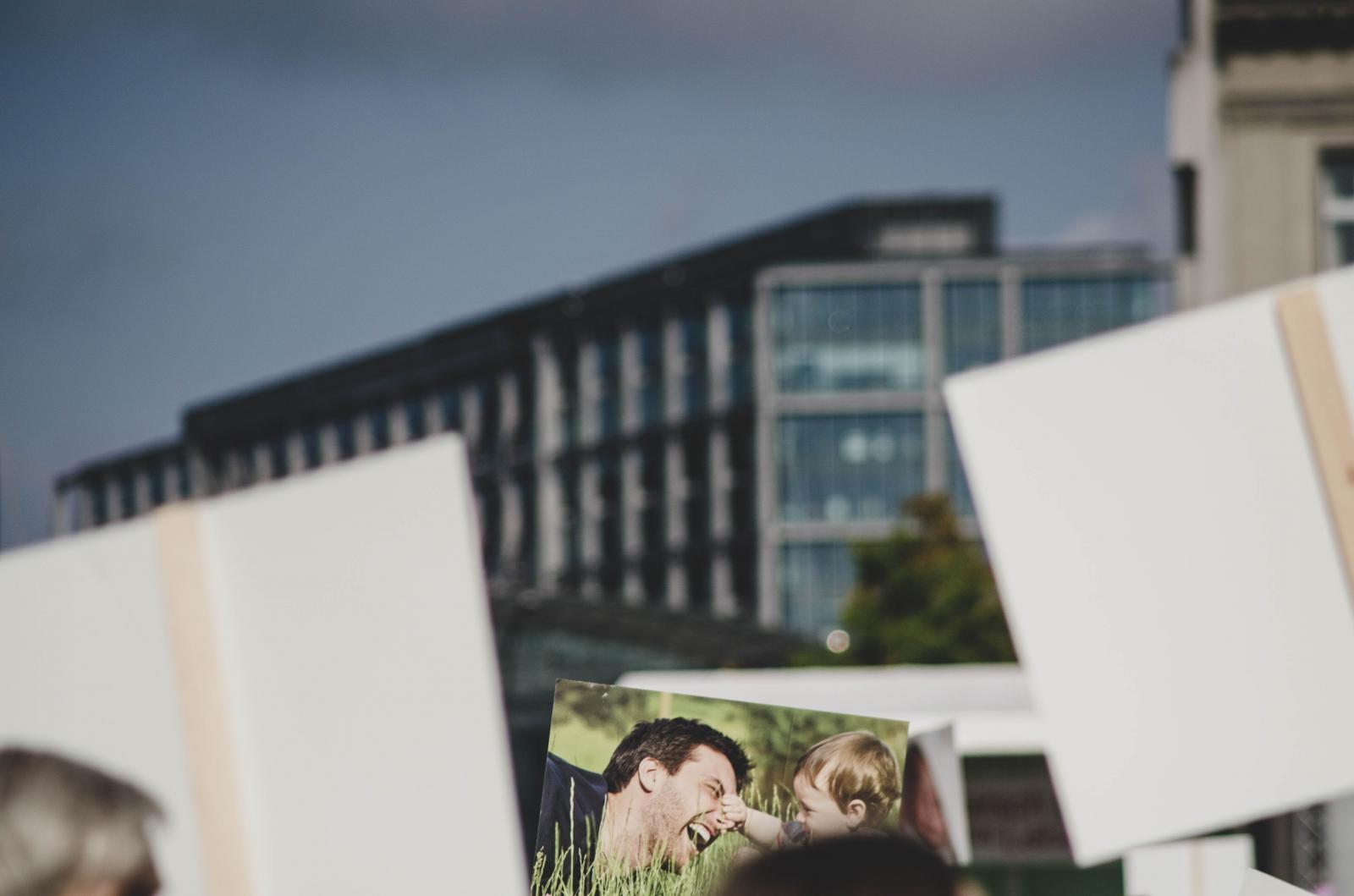 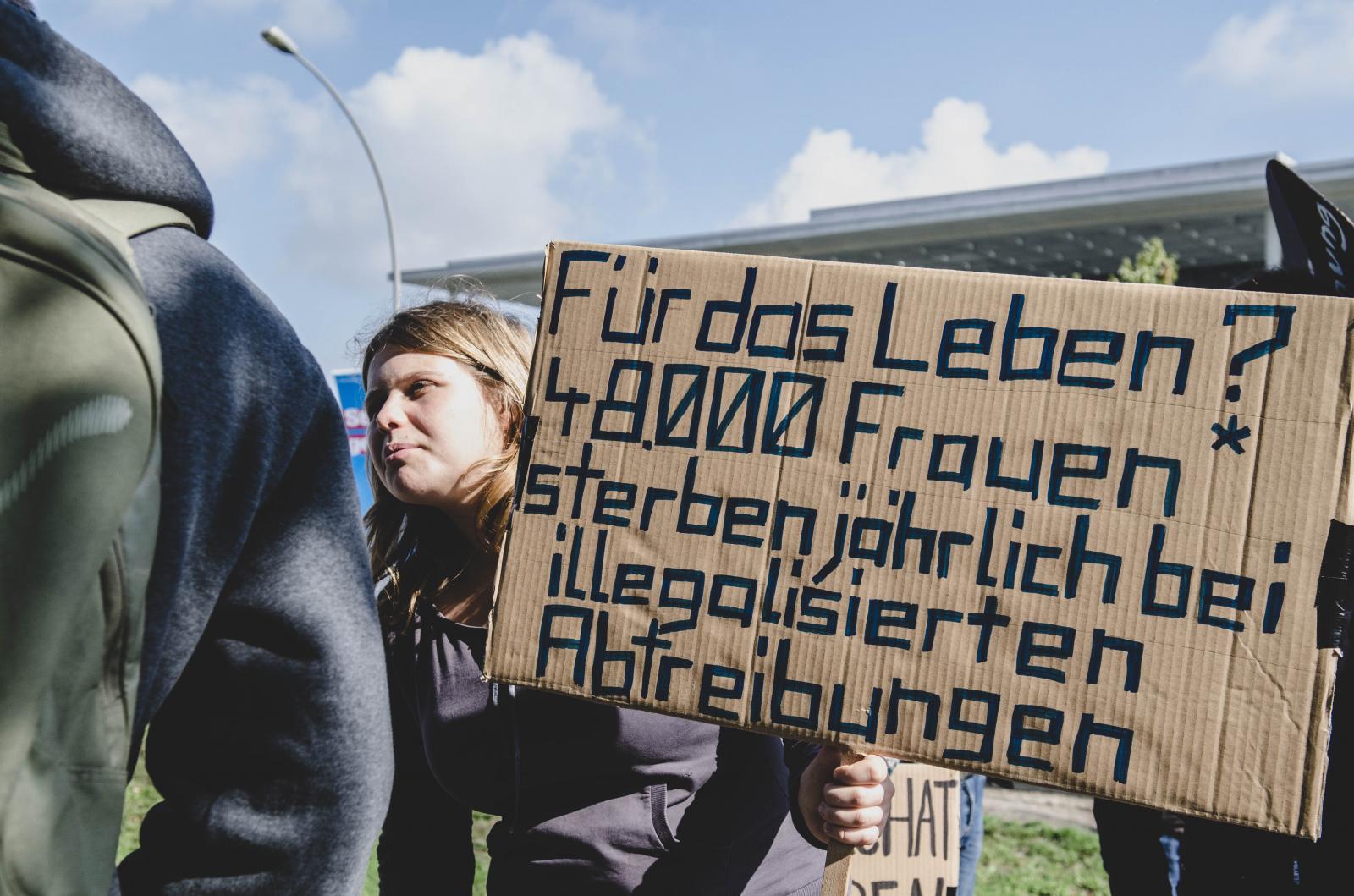 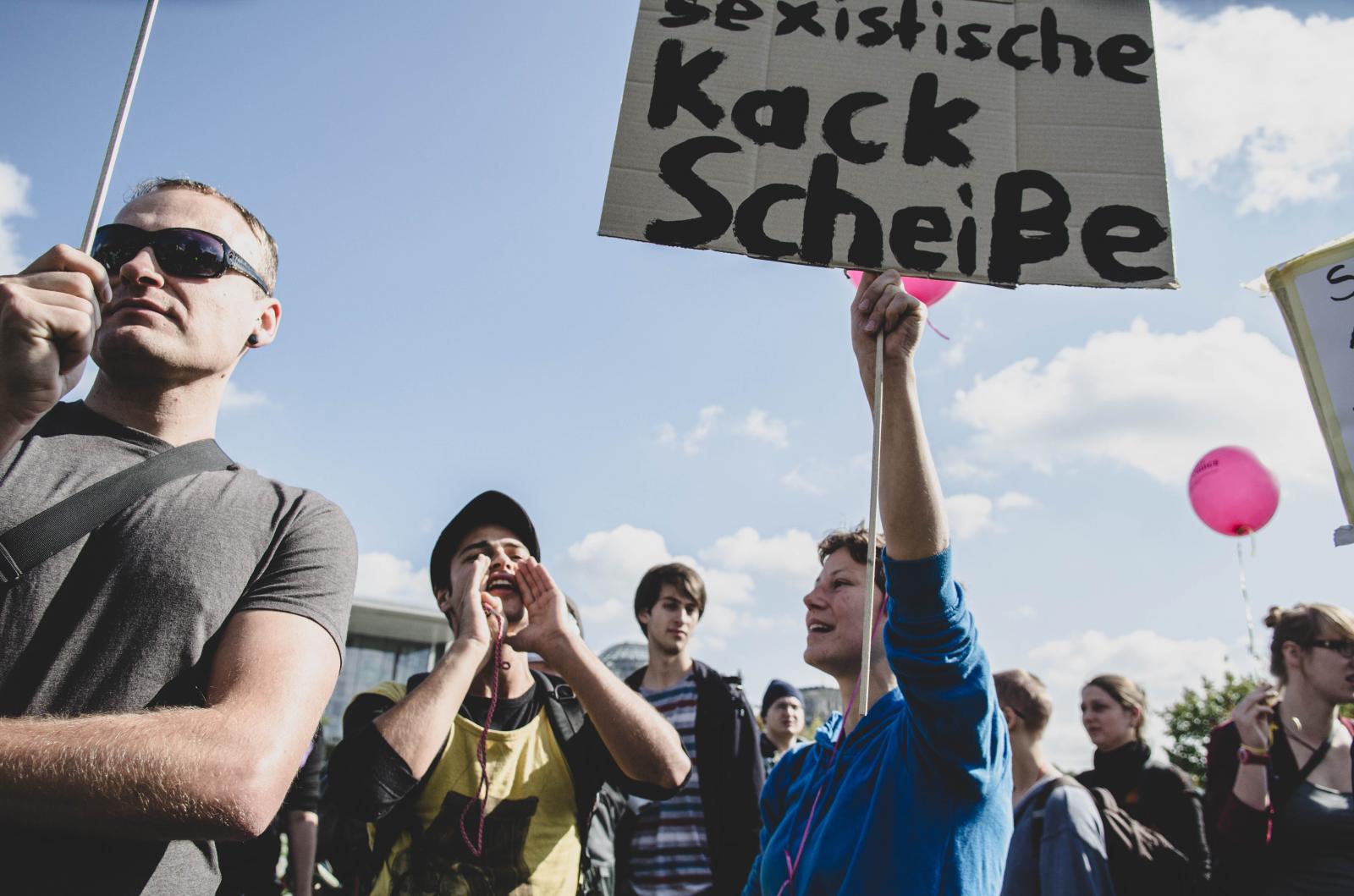 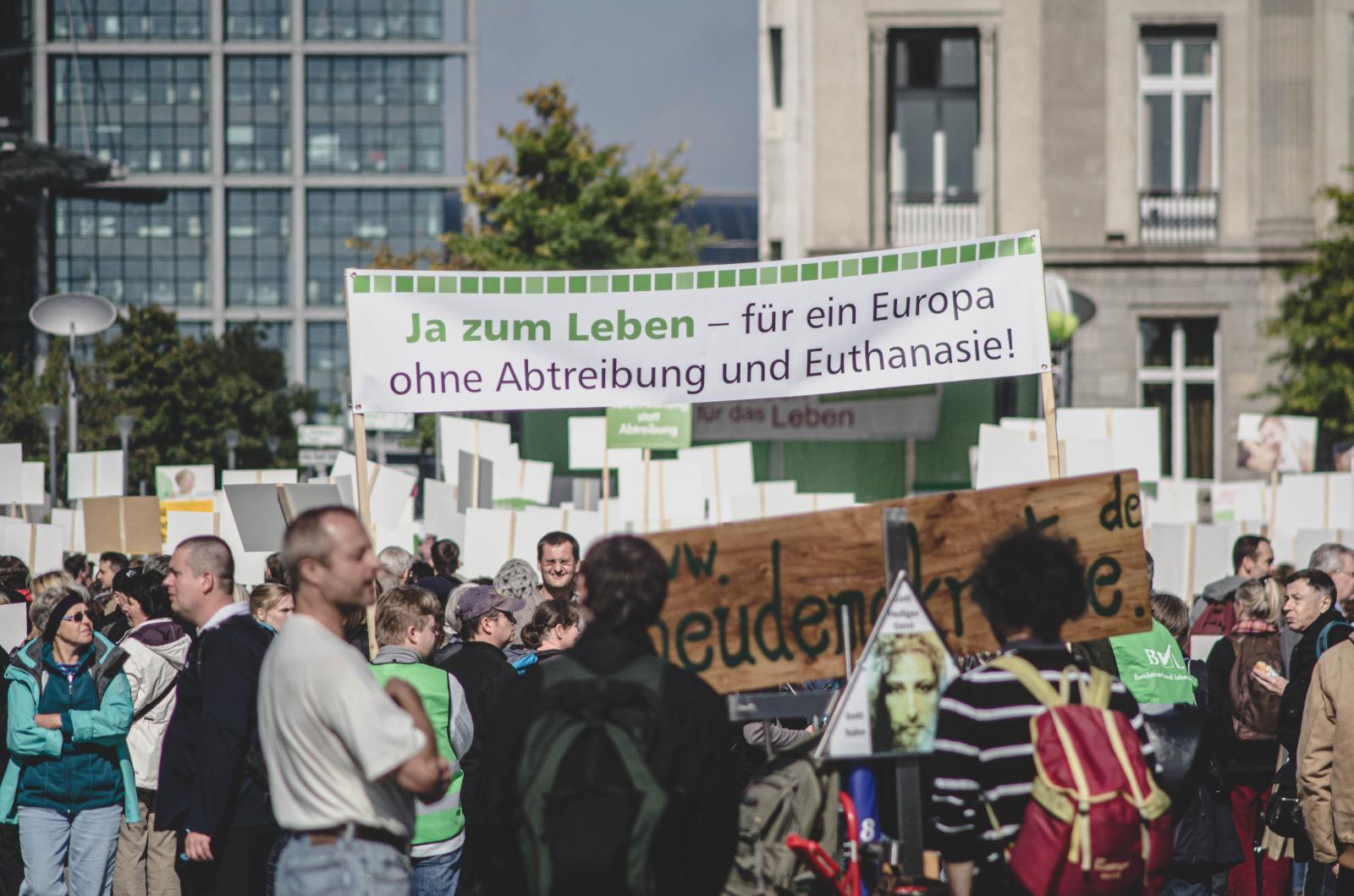 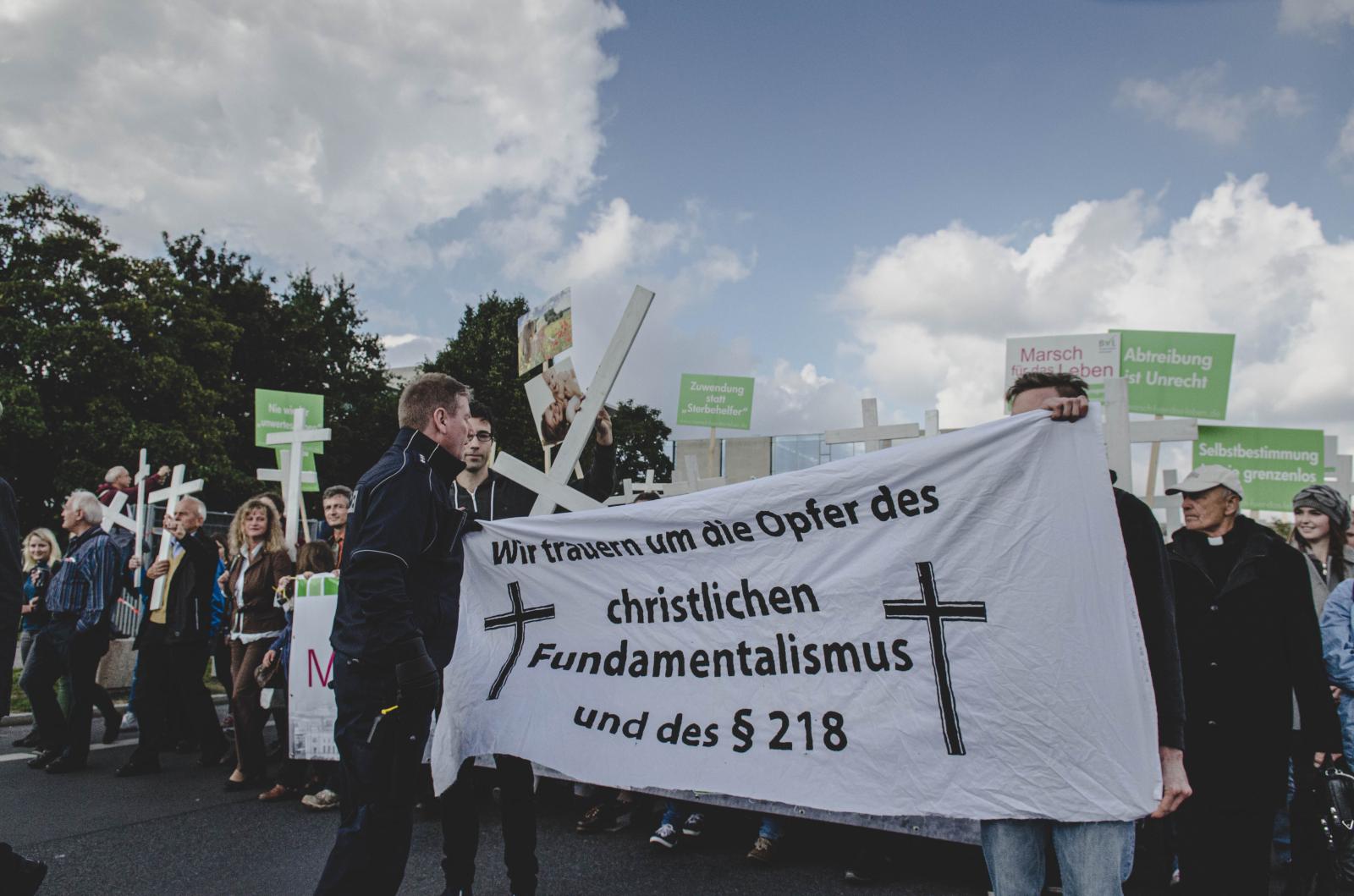 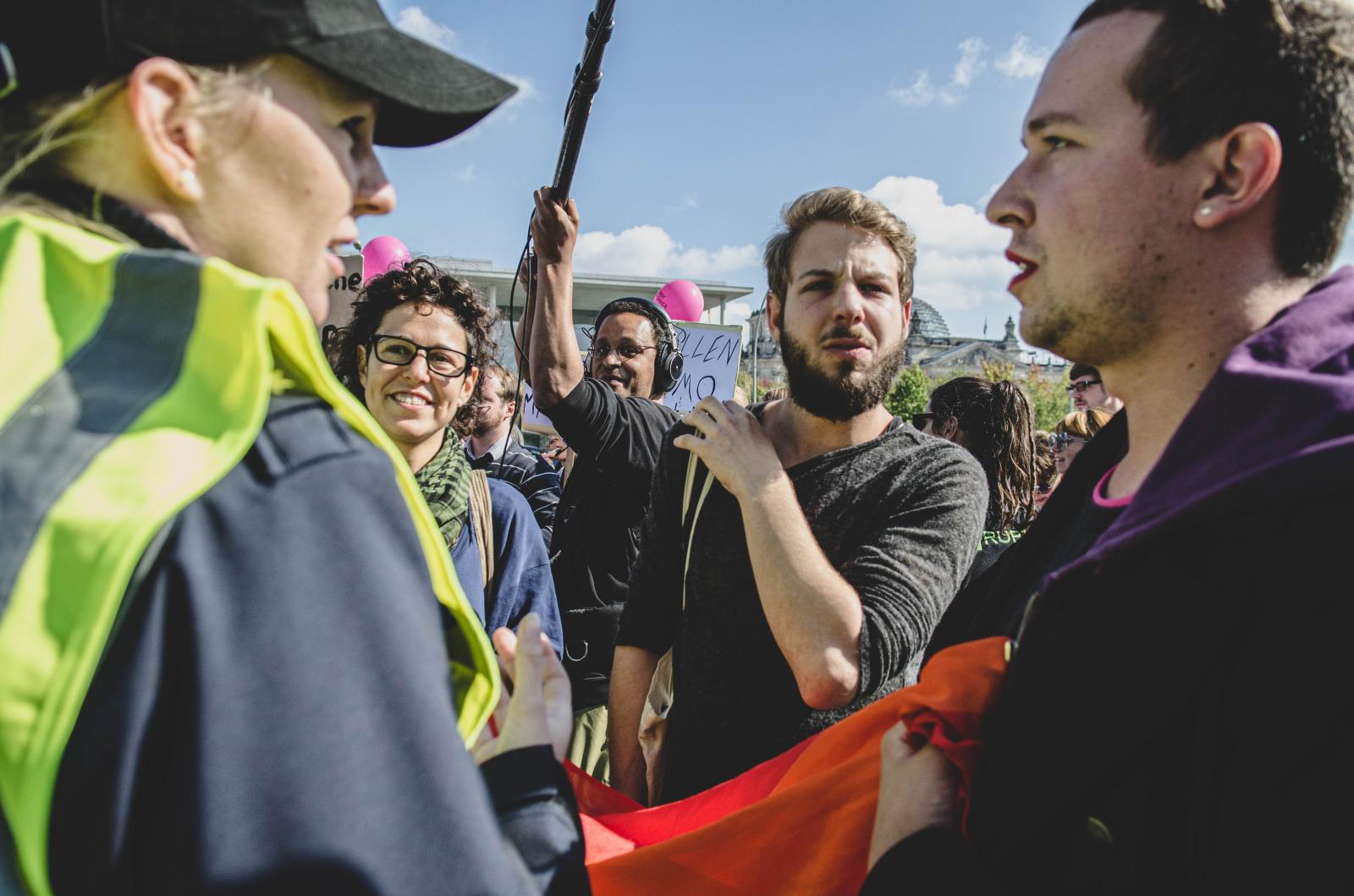 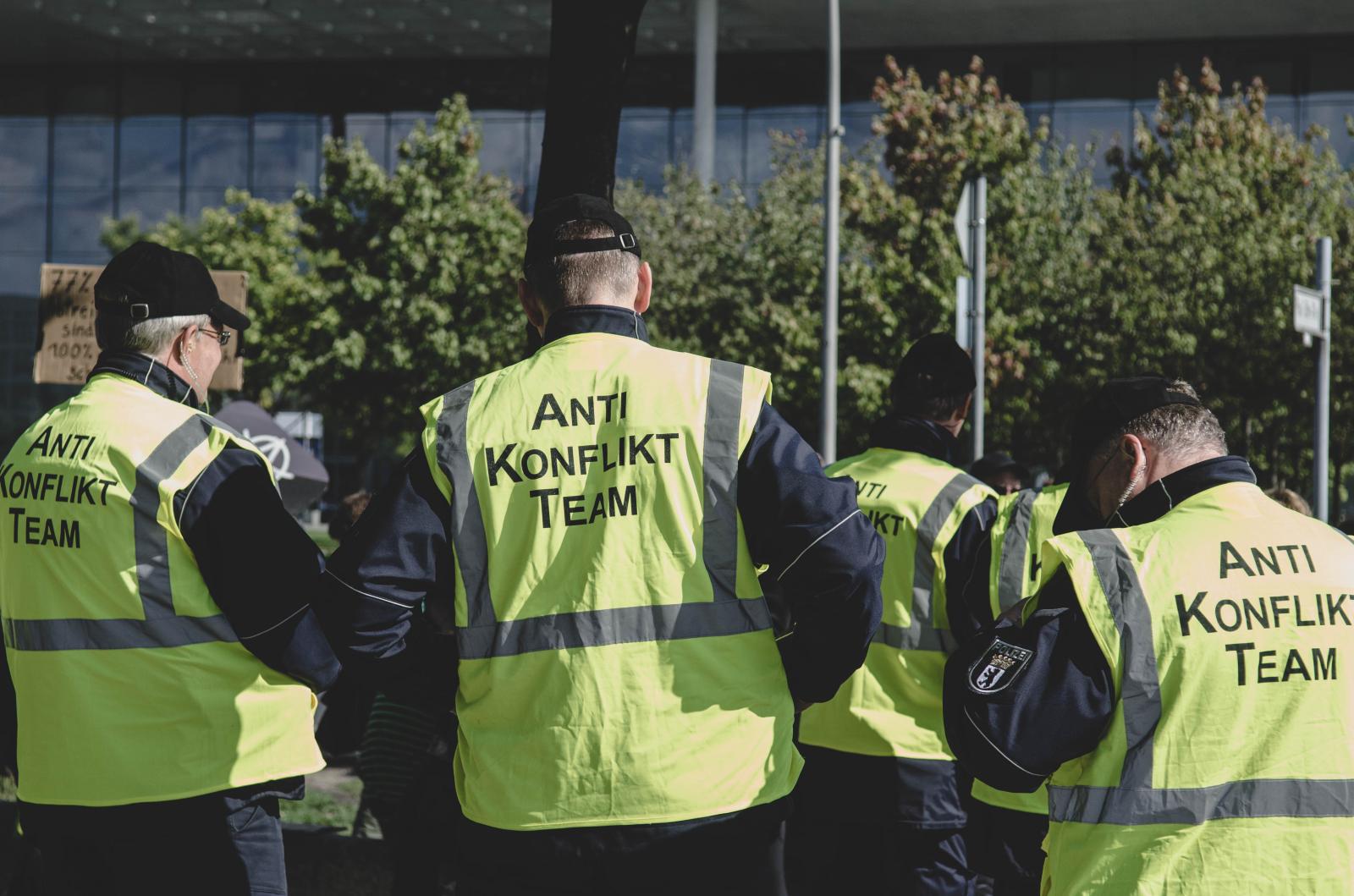 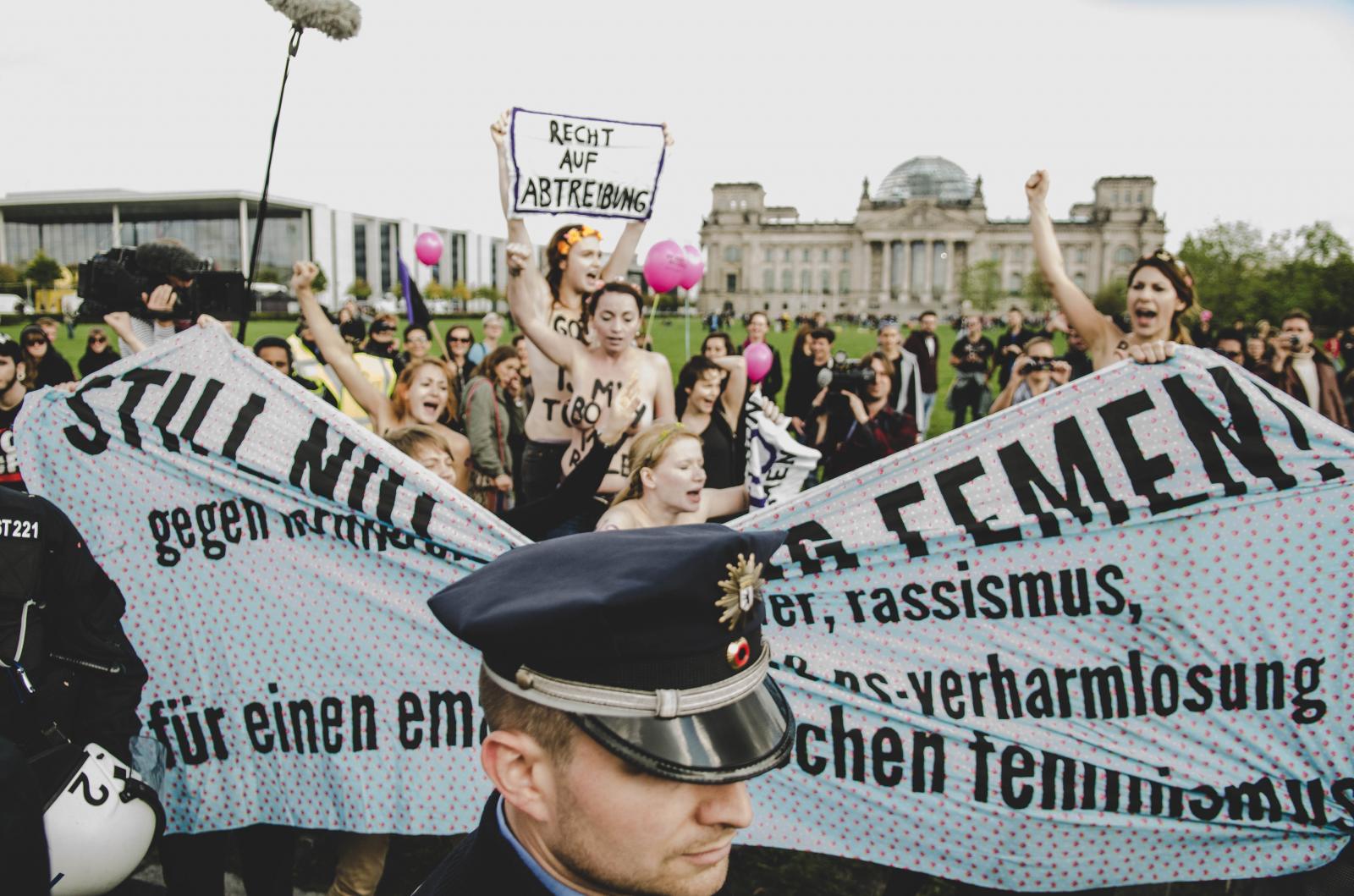 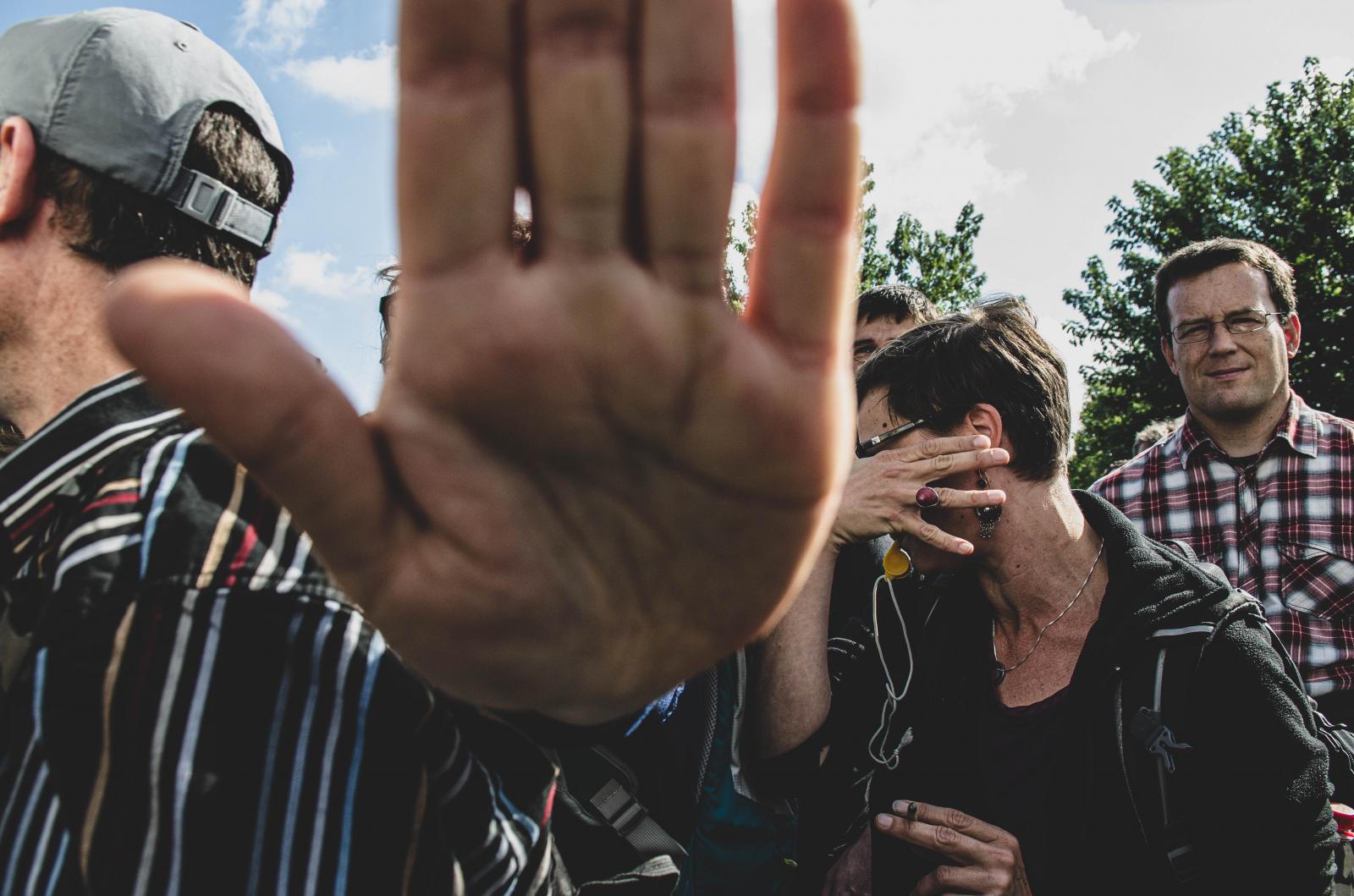 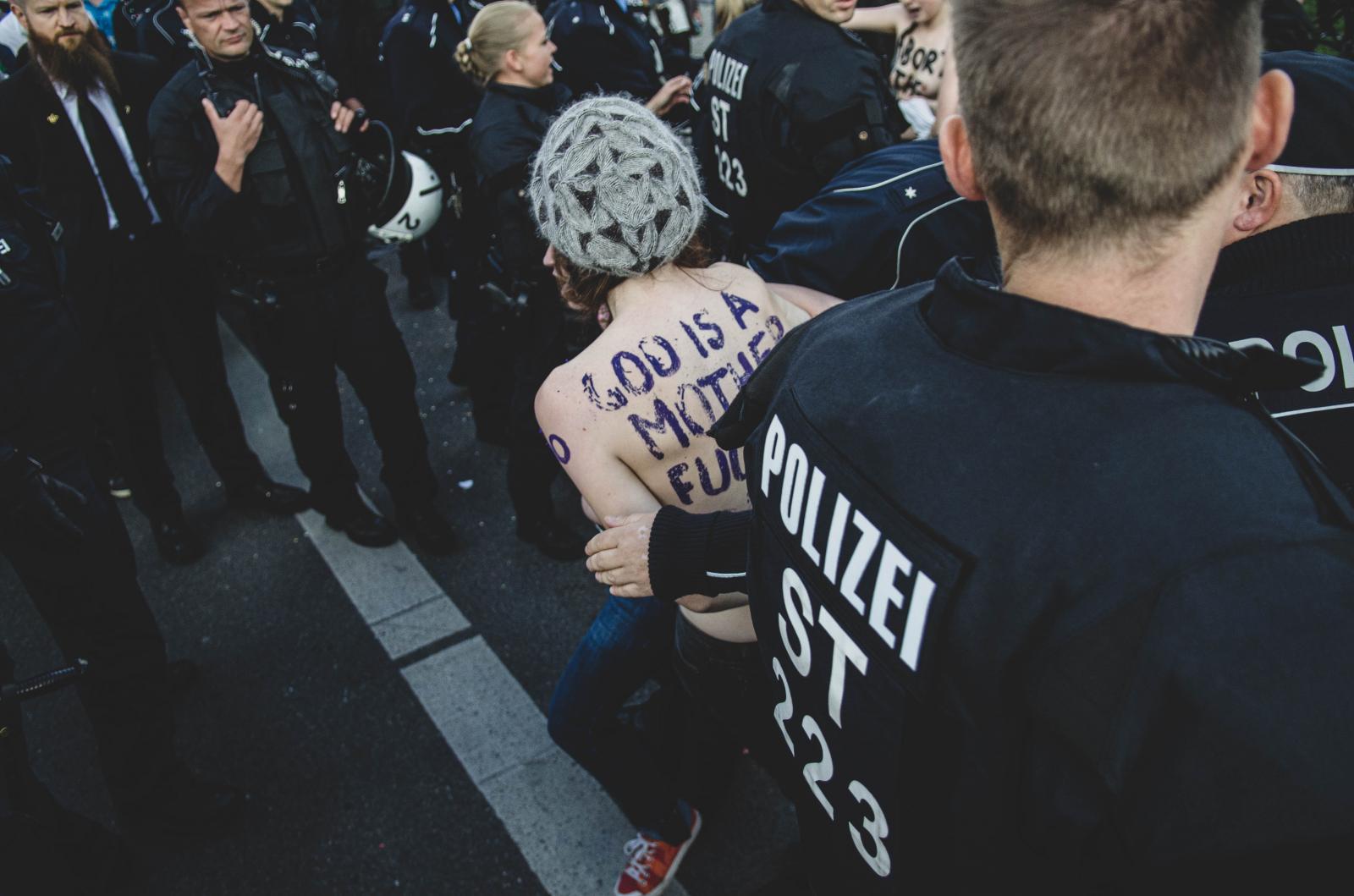 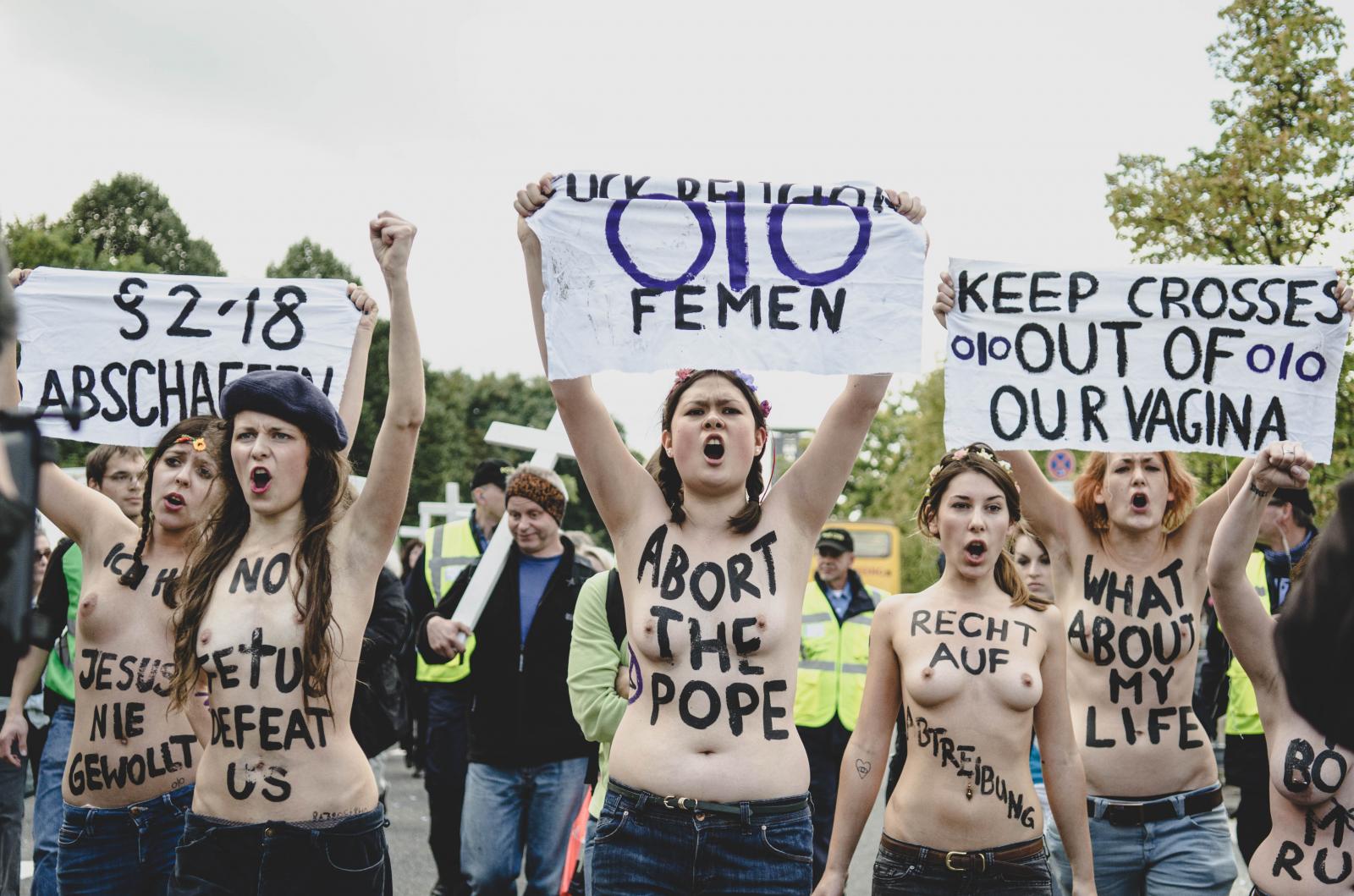 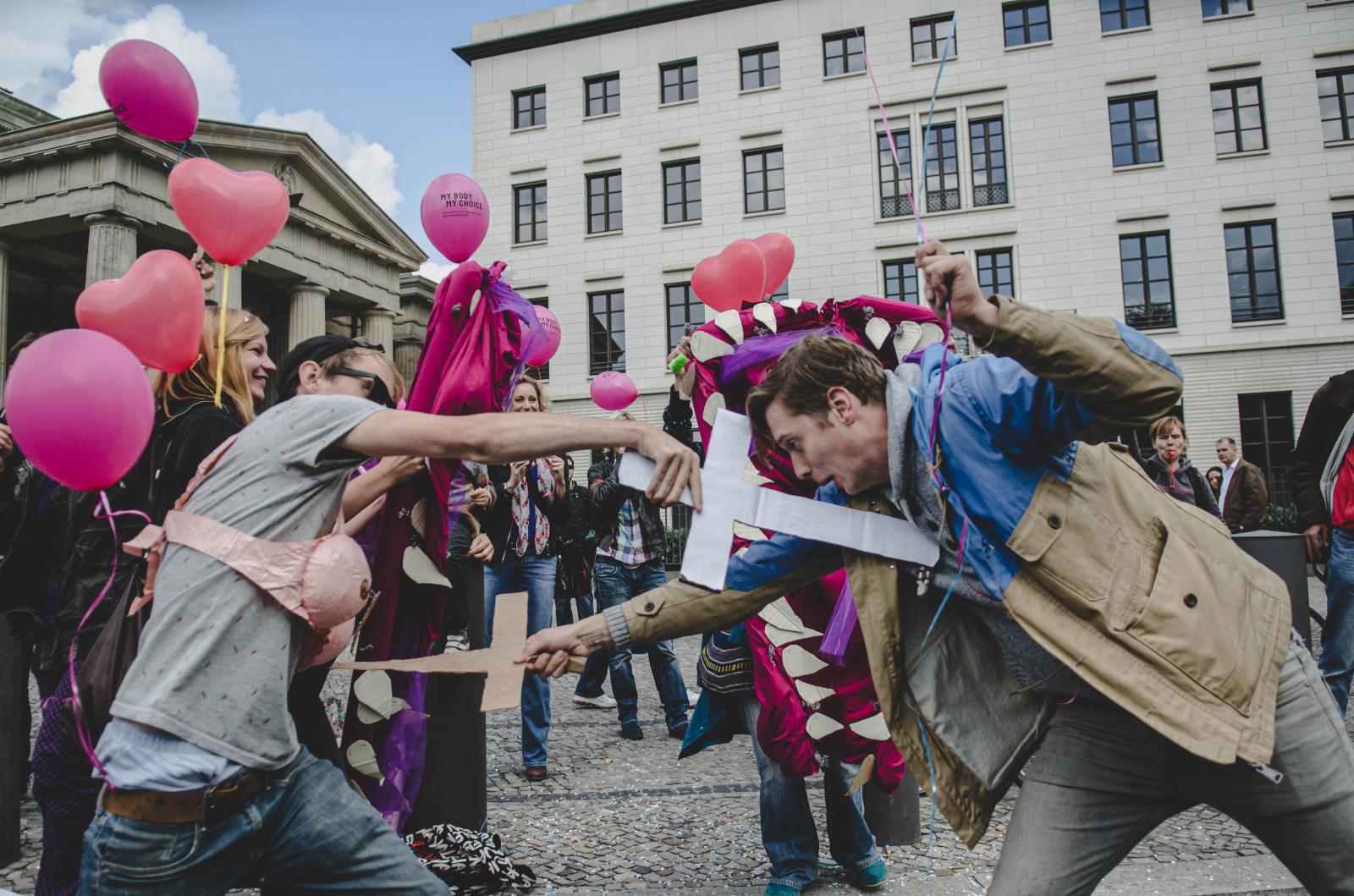 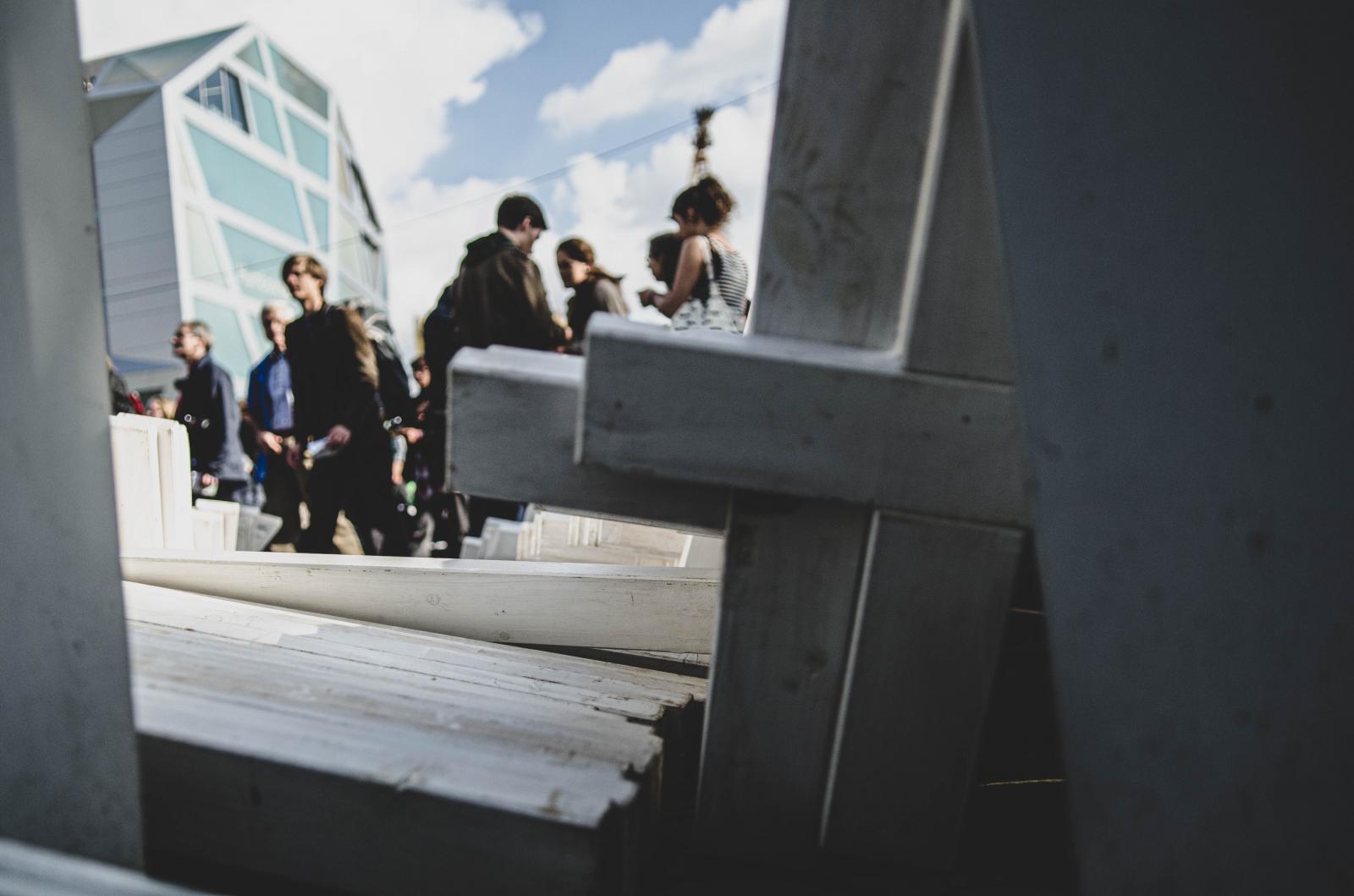 16 of 16 © 2021 Thyago Souza
Public Story
§ 218
Credits: thyago souza
Date of Work: 09/21/13 - 09/21/13
Updated: 12/22/19
On Setember 29, 2013 around 5,000 people from all over Germany and other parts of Europe, gathered for the anual Berlin march for life ” Marsch für das Leben”. The Berlin march for life is meant to call the German socitey and politics to take action to really prevent and avoid abortion and to better help unplanned pregnant parents in need. A counter protest took place during the march by a few hundred pro choice protesters, who protested against § 218 in the German penal code that states that abortion is unlawful. Those who attempt to abort a fetus face up to three years in prison or a fine. In severe cases, where the perpetrator acts without the consent of the pregnant woman or frivolously endangers her life or health, the sentence ranges from six months to five years in prison. If the pregnant woman aborts her fetus, she faces up to one year in prison or a fine.
However, the law also states that if a pregnant woman requests the abortion in the first trimester, having undergone counseling at least three days prior to the abortion, she will not be prosecuted. The german law reflects the confusion around the value of life that is taking place globaly. The pro choice arguments range from “no one knows when life really begins” to “My body my choice” but when facts are taken into consideration, it is clear that life begins at conception. The third article of the Human Right Declaration states that ” Everyone has the right to life, liberty and security of person. ” That being, the human life inside a pregnant woman’s body should also have the right to life. The end of the march ended with the release of the Berlin Declaration on the Protection of the Unborn, which states that : Every person, whether born or unborn, has the right to life and respect for their dignity.
“Without reverence for life, the human race has no future.” – Albert Schweitzer

By Thyago Souza / Harpenden, — Yellow Flag I A Covid-19 Family diary. Yellow Flag is based on my own experience of being quarantined with..
May 30, 2020

By Thyago Souza / Curitiba, Brazil — Antranig and Garbis are of Armenian descent, however, they was born in Syria. The brothers, left Aleppo in..
Mar 30, 2020

By Thyago Souza / Calais, France — The jungle is situated at a place called Calais, which is on the north coast of France, right near to the..
Mar 30, 2020

By Thyago Souza / Belo Horizonte, Minas Gerais — In September 2011 the Brazilian court ordered the removal of the last inhabitants of the so called..
Dec 23, 2019

By Thyago Souza / Berlin, — The Marienfelde Refugee Center was a station on the way to the West – and not only for East German..
Dec 22, 2019