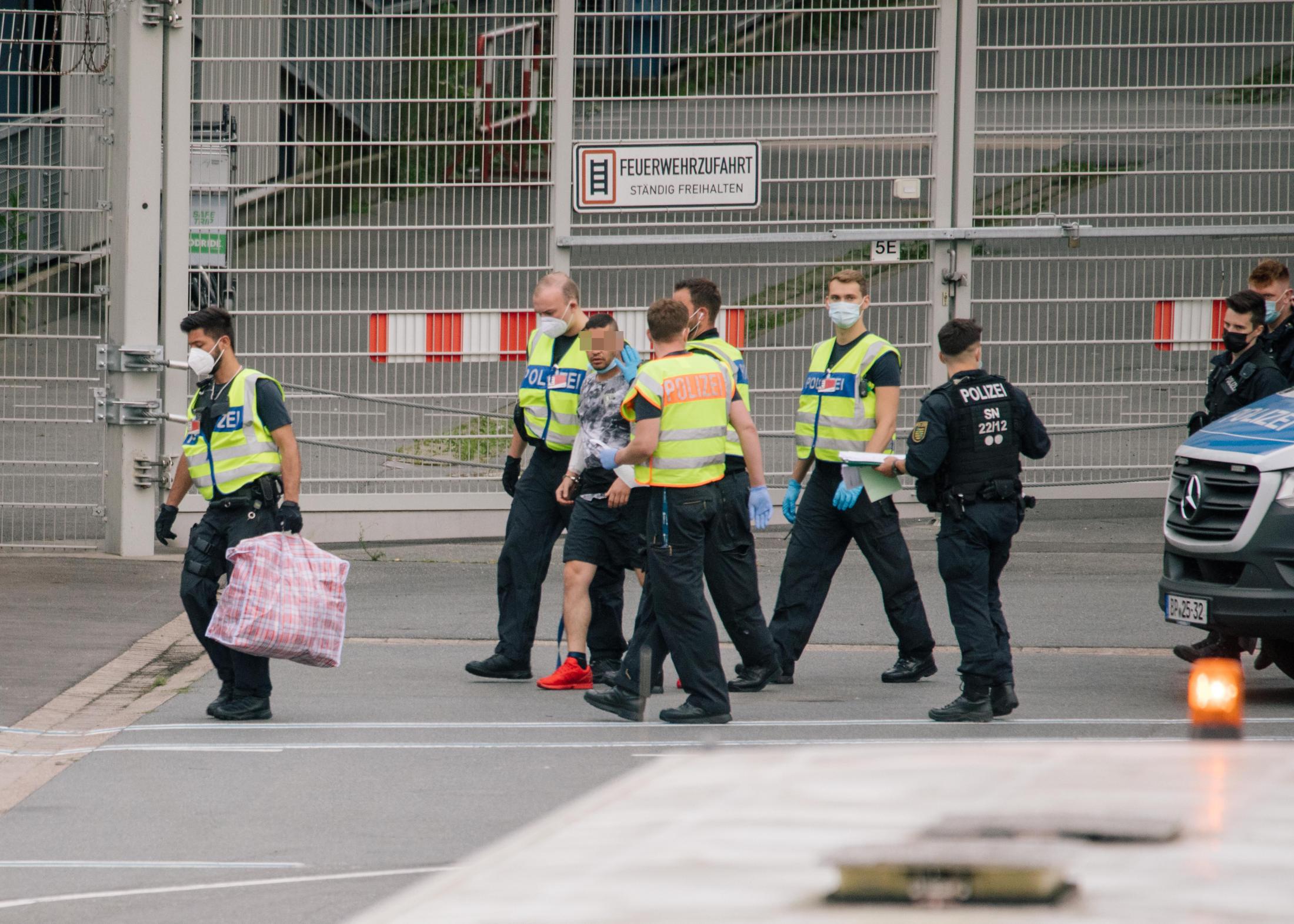 A man is escorted from a police car into a hall on Hanover airport. His arms are covered in bandaids and he is handcuffed. July 6th, 2021 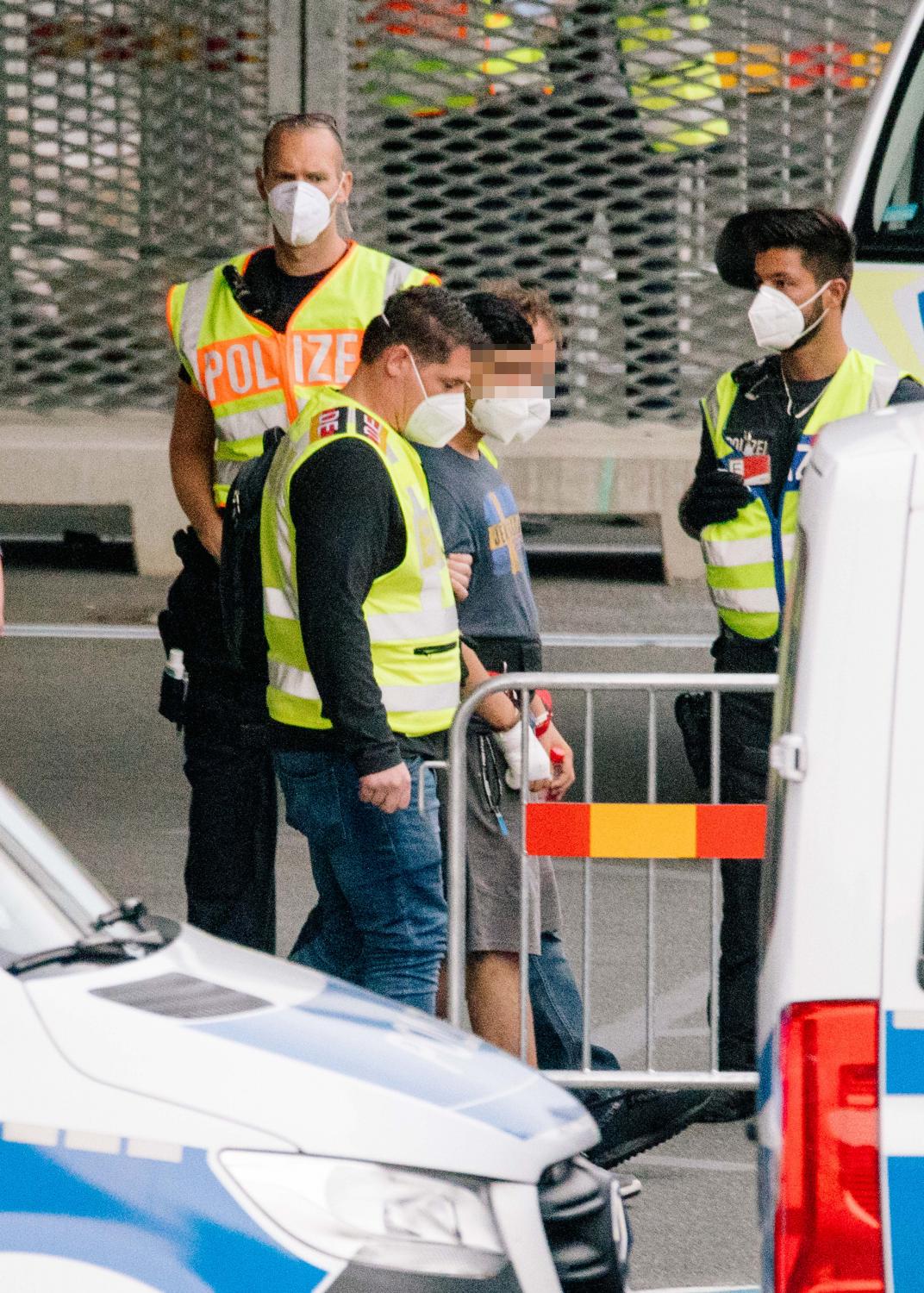 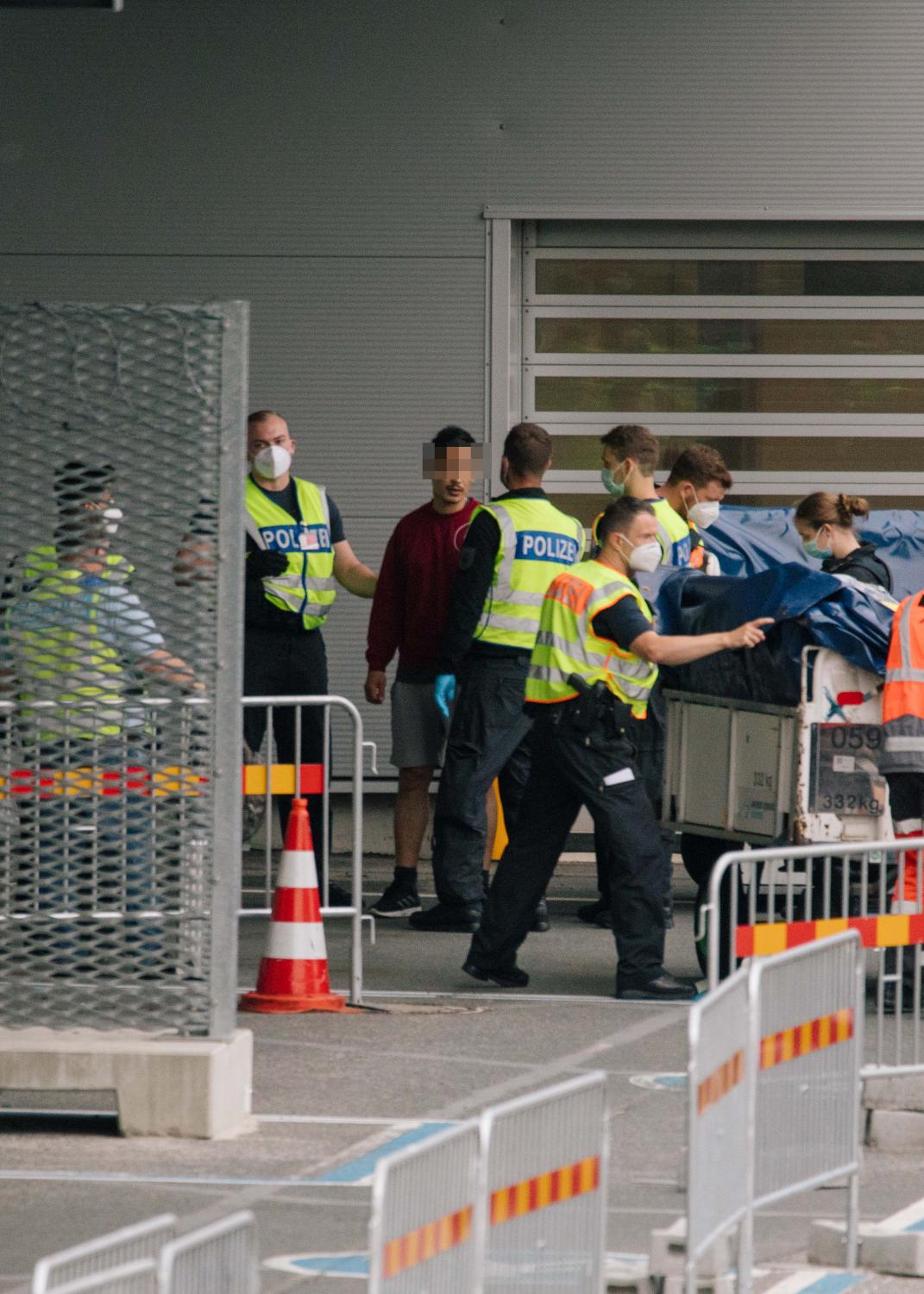 A man is seen talking to officers while the deportation to Afghanistan is prepared. July 6th, 2021 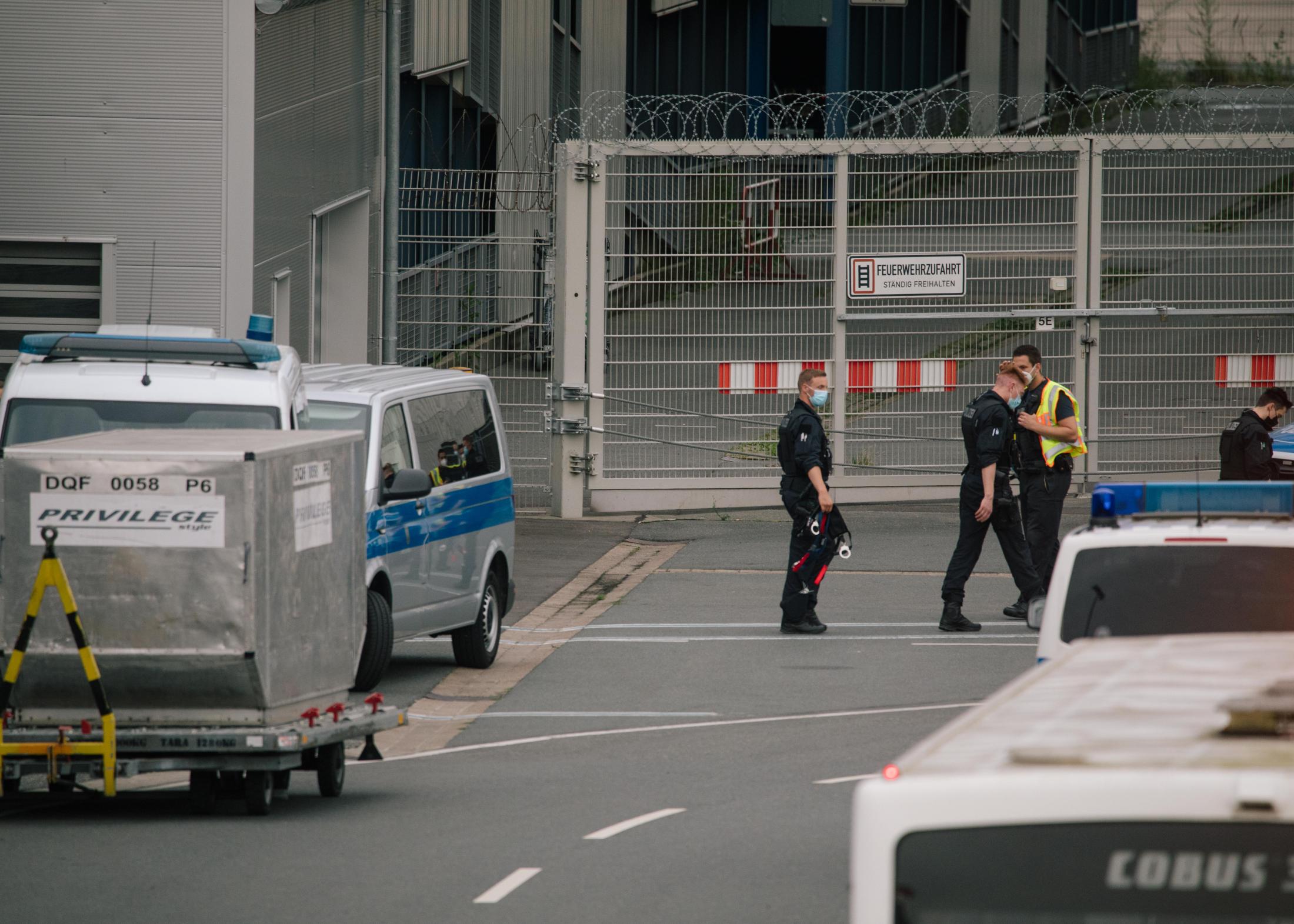 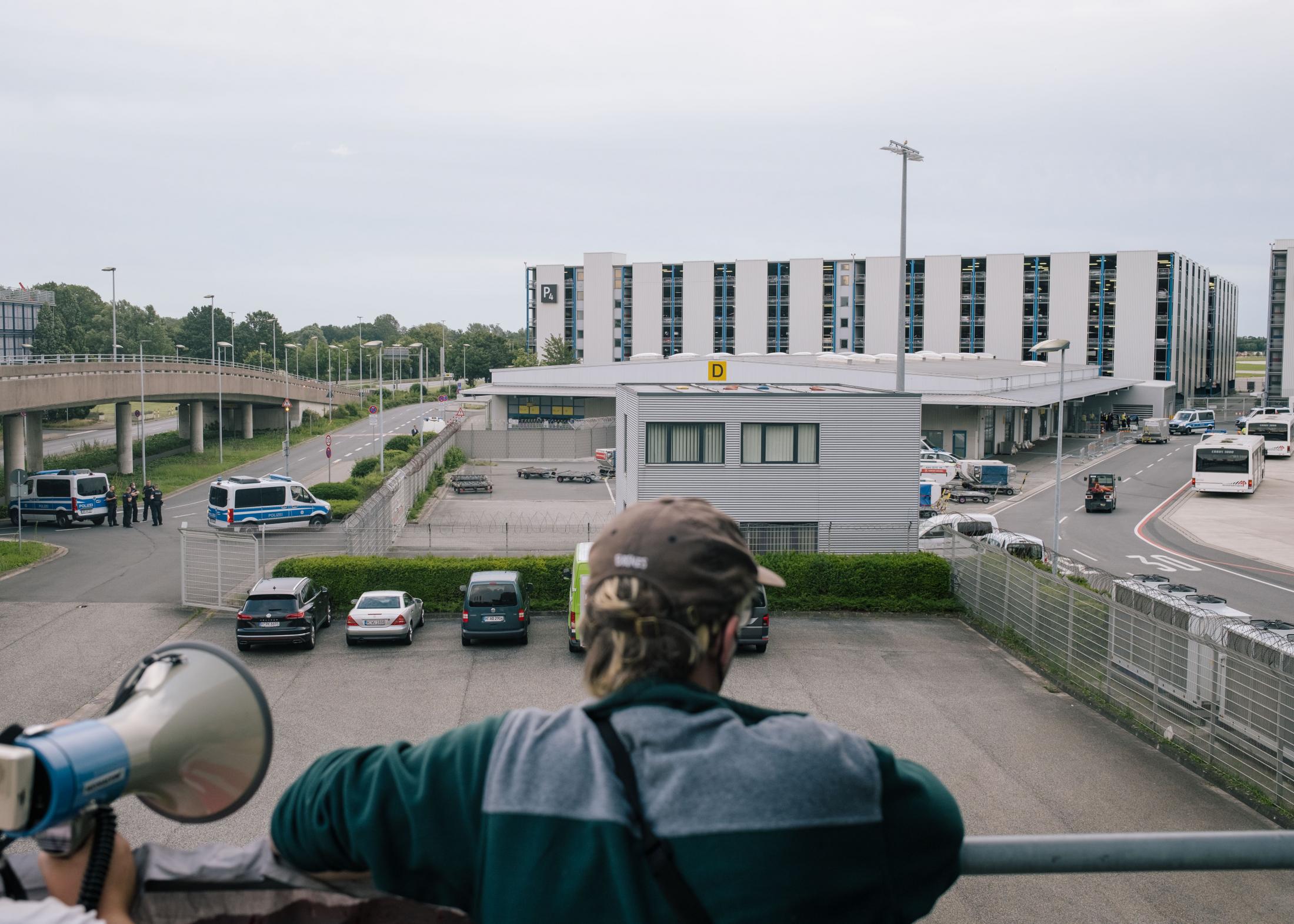 Activists shout solidary slogans over the fence of Hanover airport, expressing support for Afghans that are to be deported. July 6th, 2021 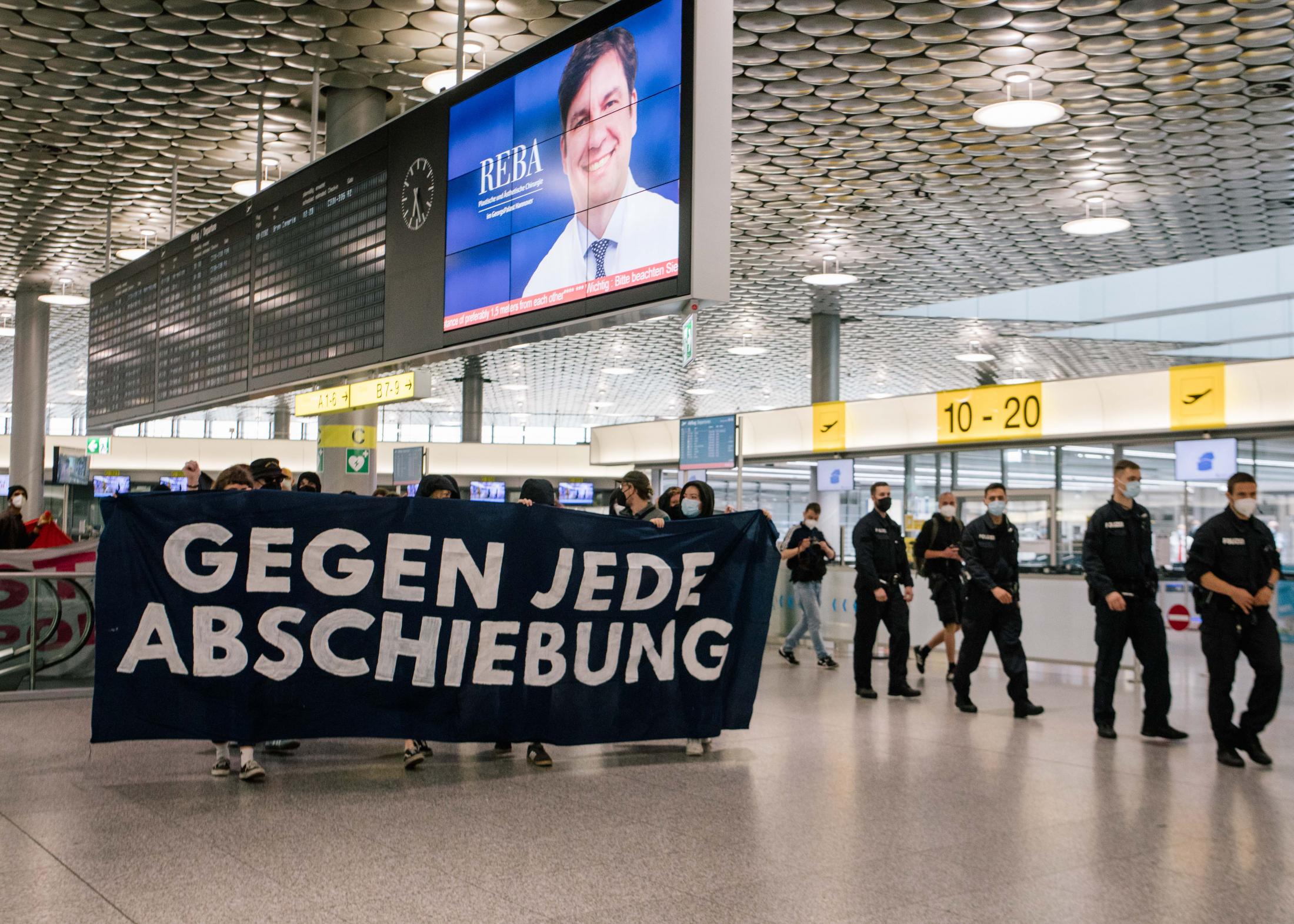 Againstevery deportations read a banner carried by activists at a protest against a deportations through Hanover airport. July 6th, 2021 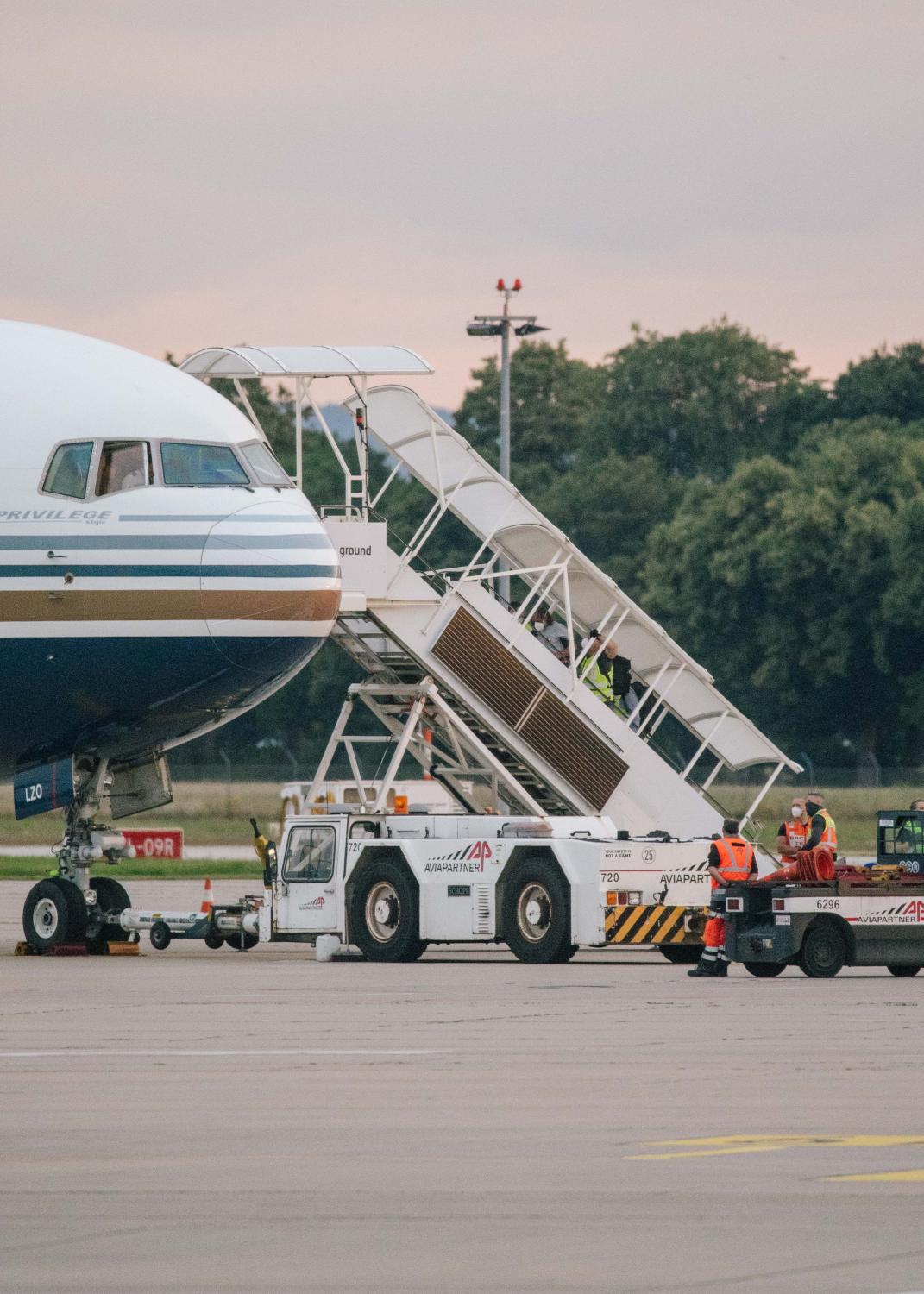 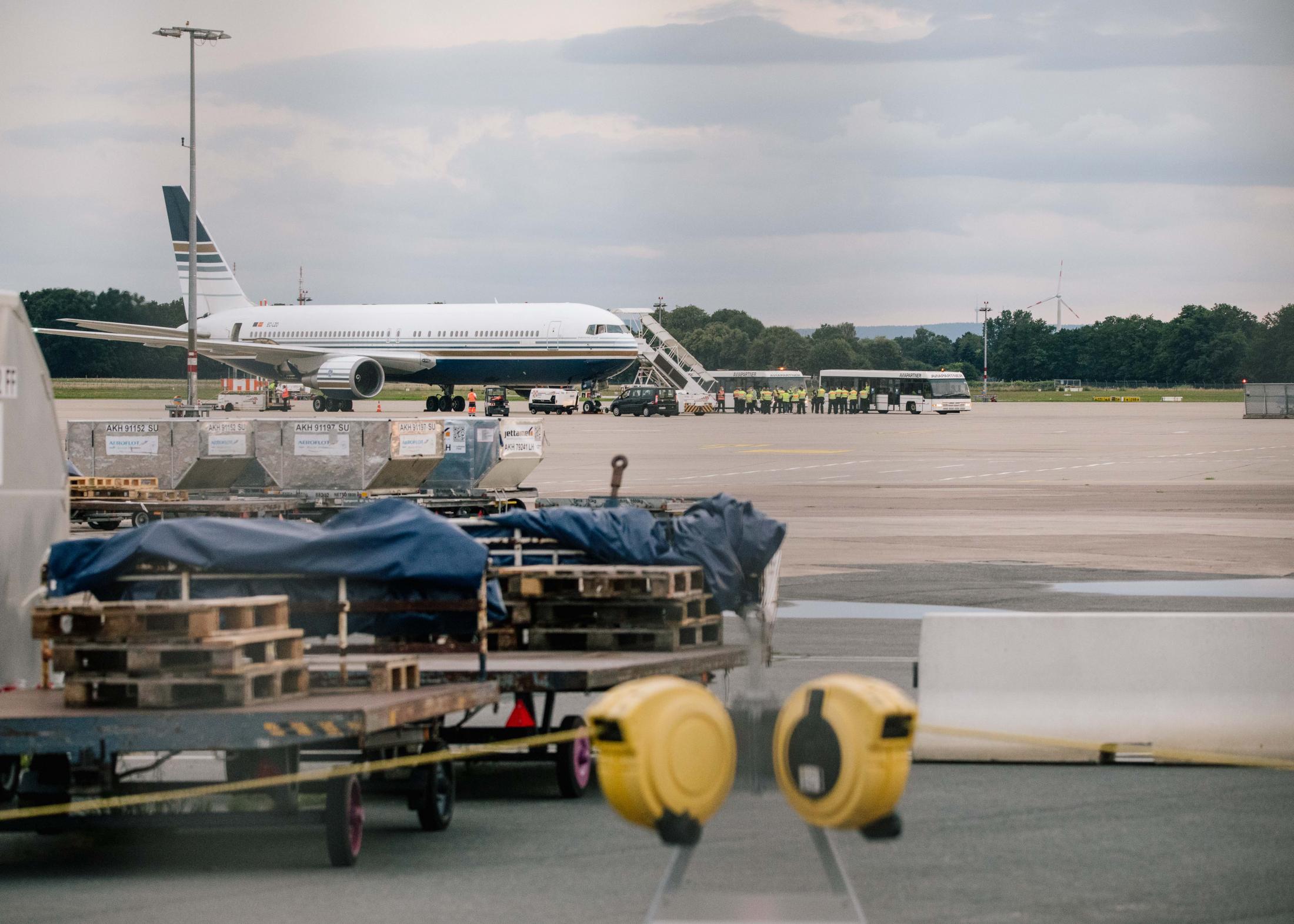 Charter plane of Spanish airline Privilege Style is boarded on the airfield of Hanover.  July 6th, 2021 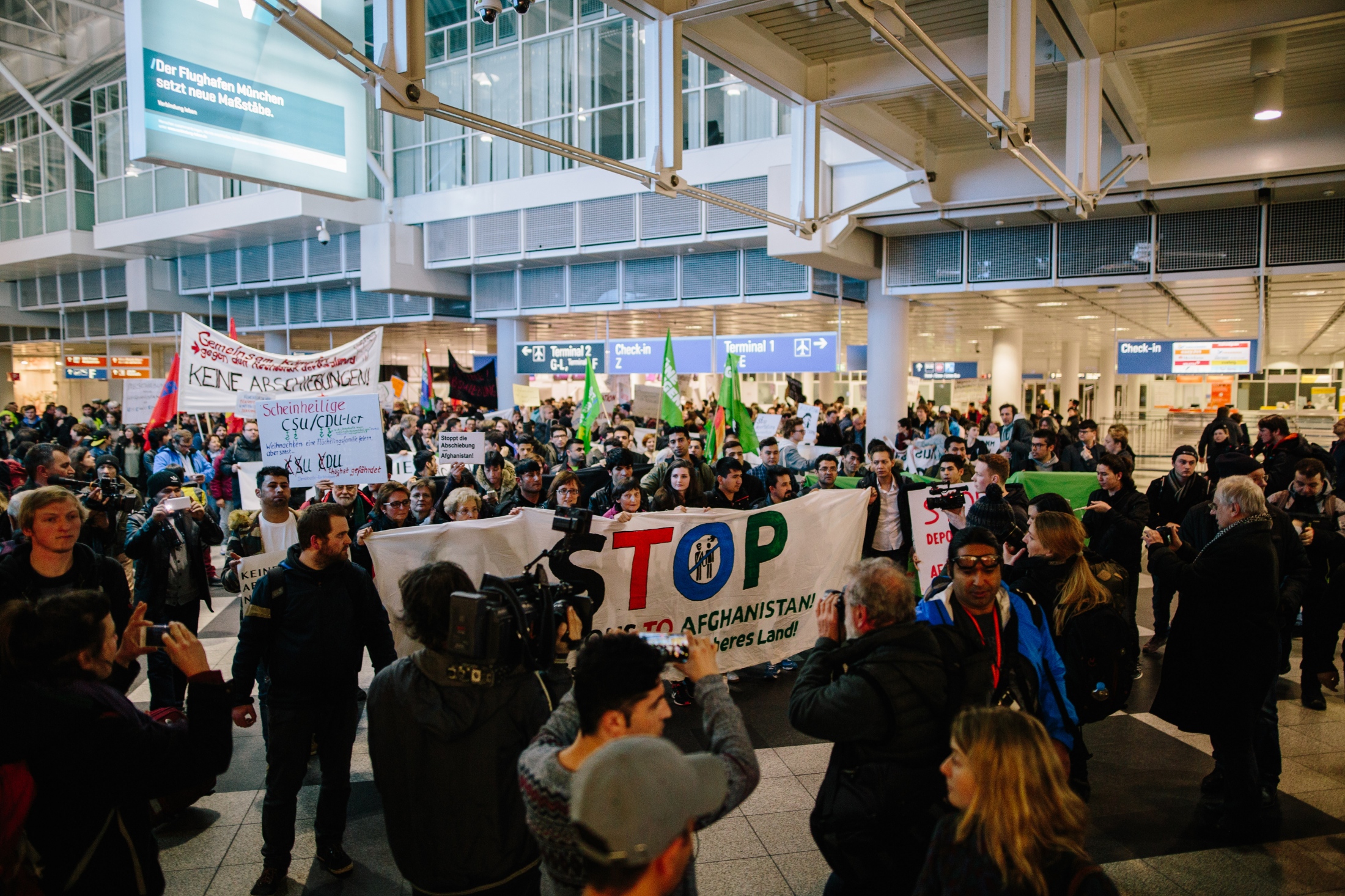 Protest against deportations to Afghanistan at Munich airport. February 22nd, 2017 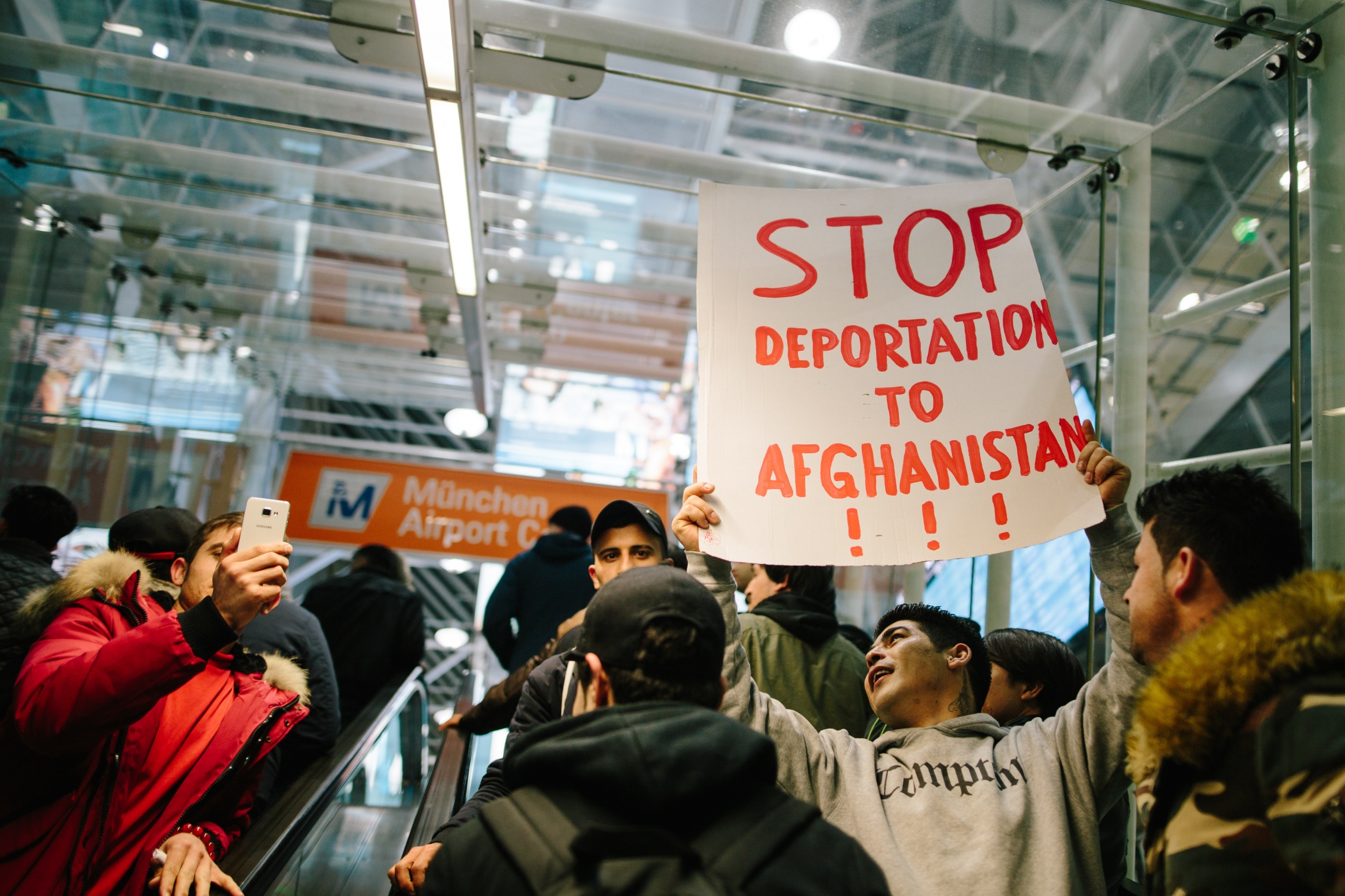 A young man carries a sign calling for a stop of deportations to Afghanistan at a protest at Munich airport. February 22nd, 2017 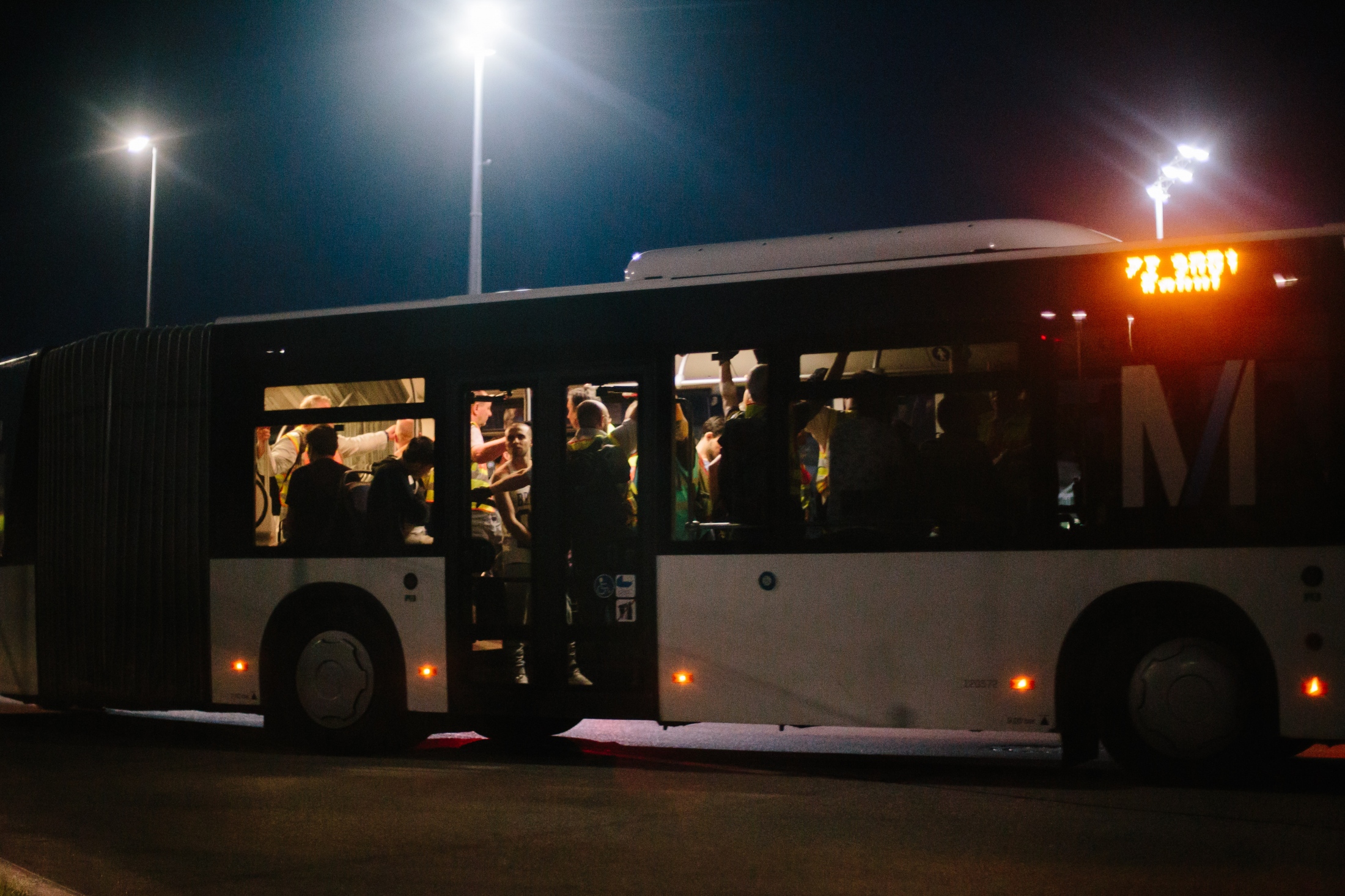 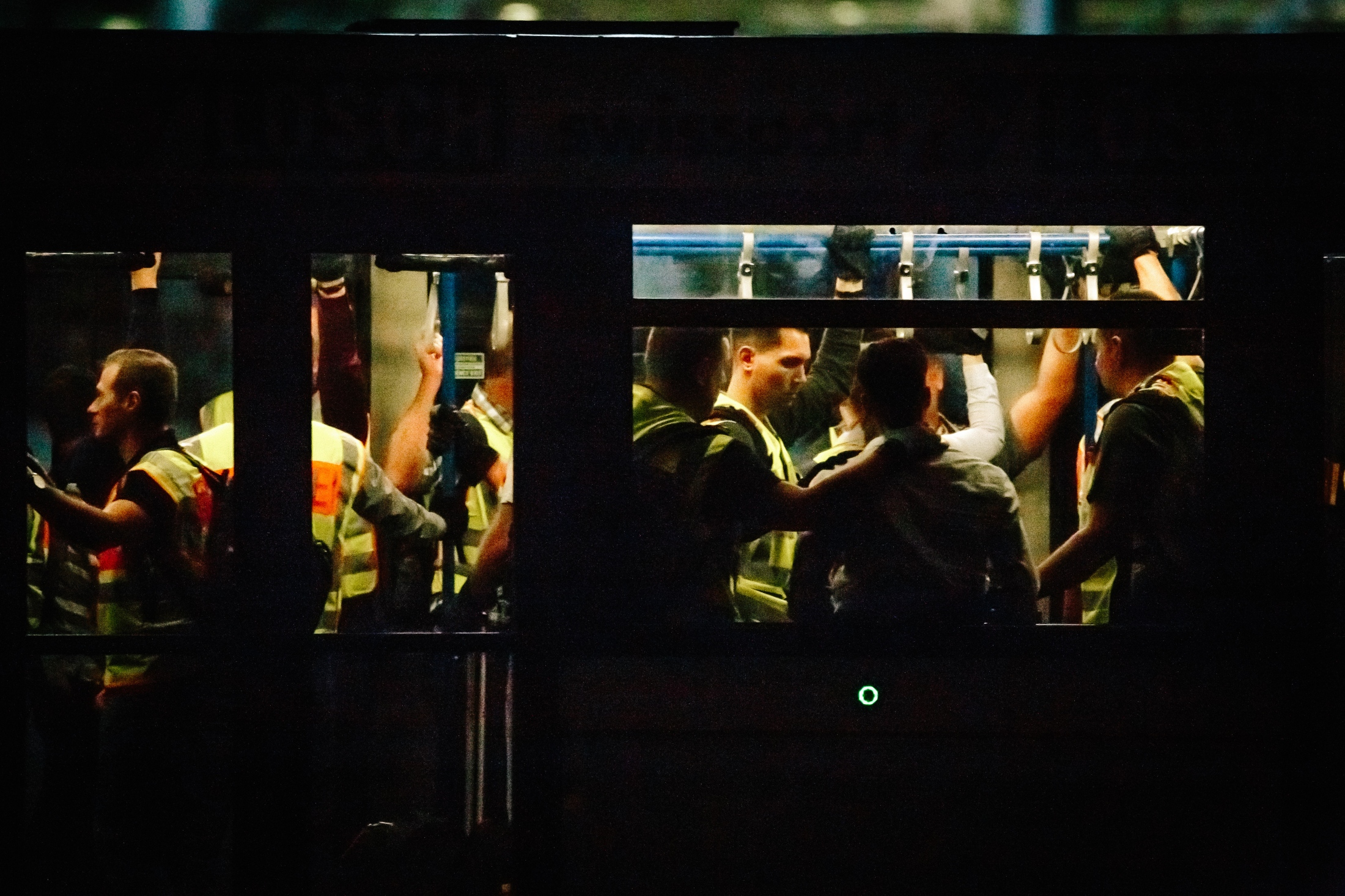 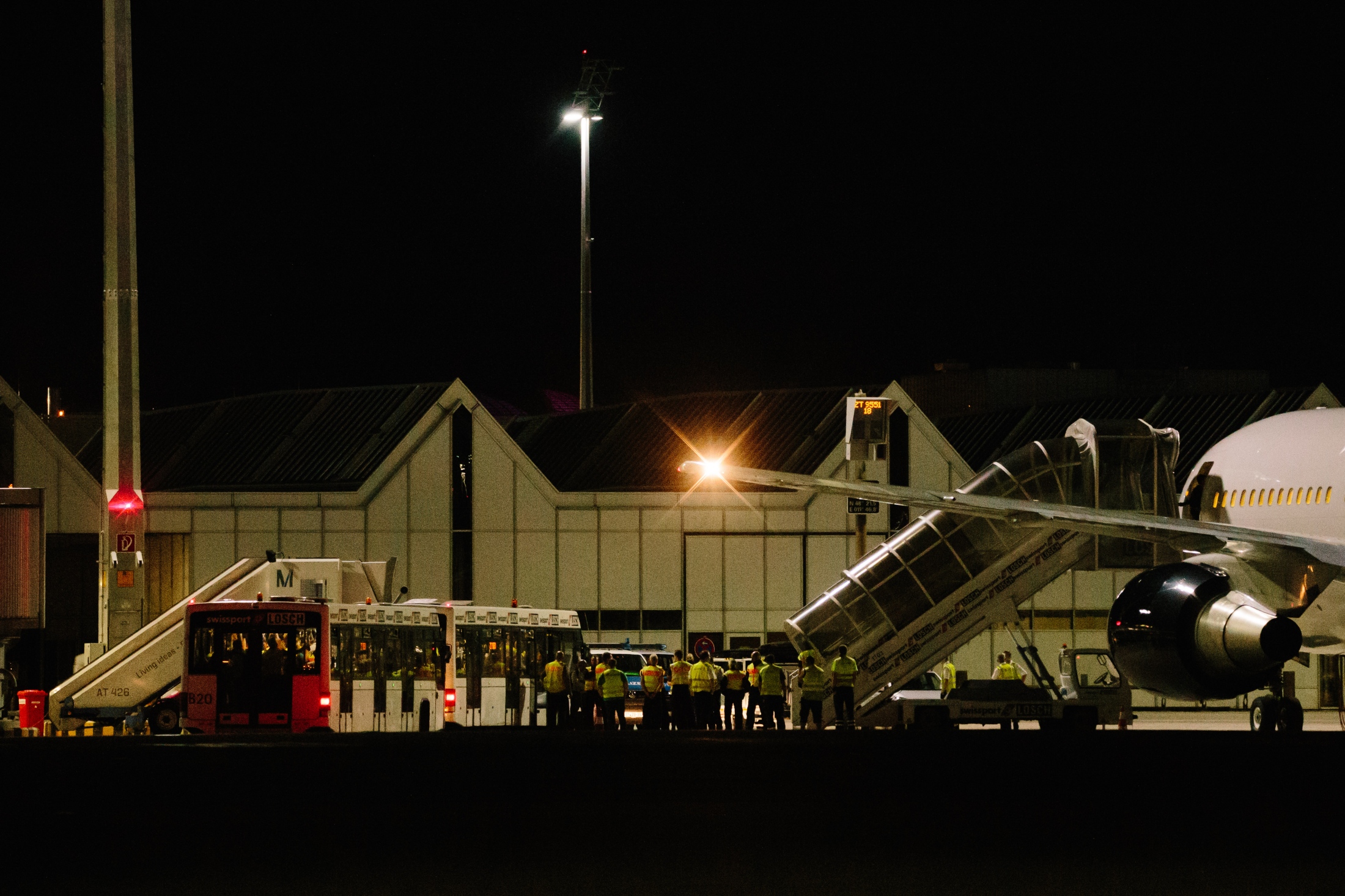 Officers line up while those to be deported have to walk over the airfield and climb the charter plane with destination Kabul. August 14th, 2018. 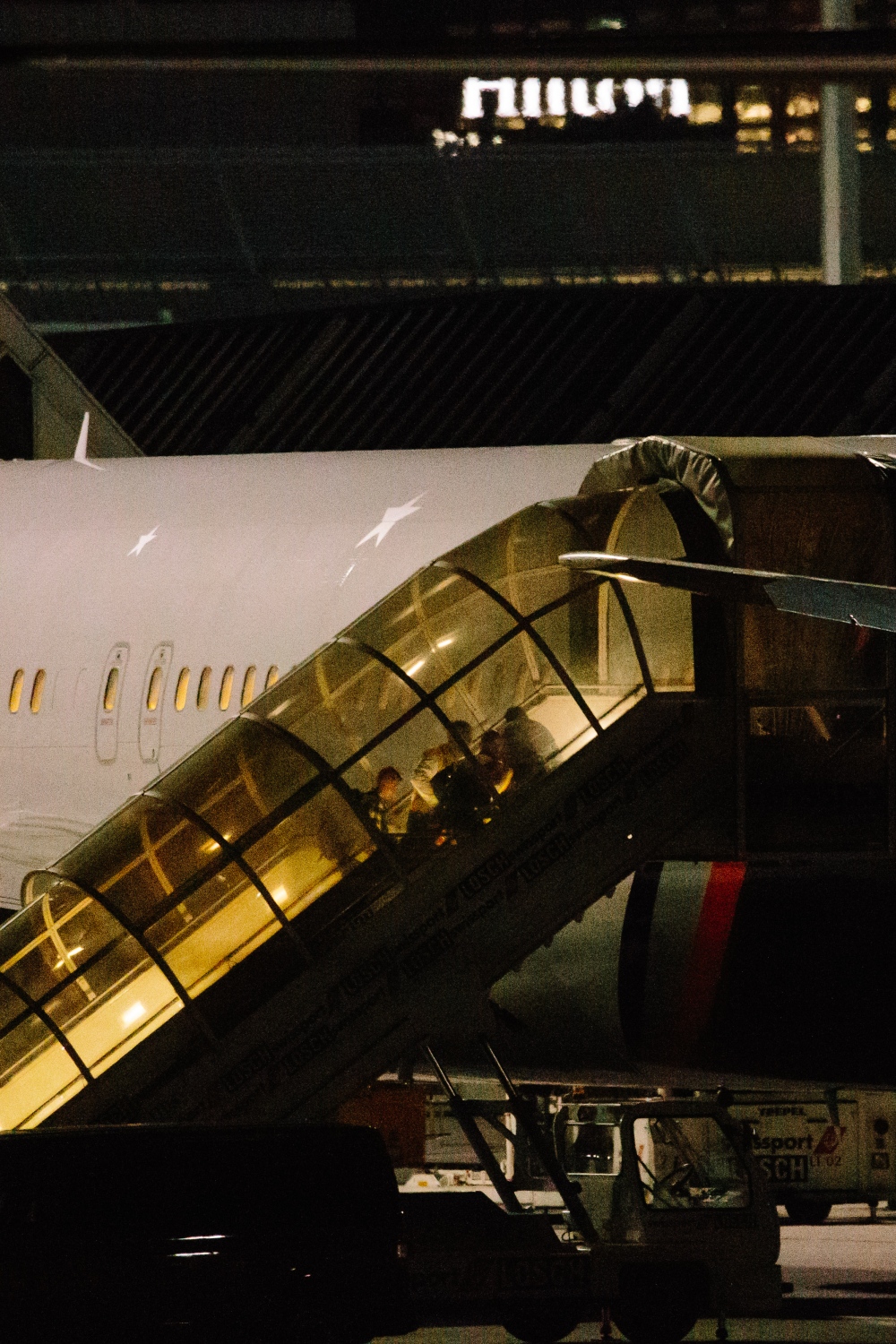 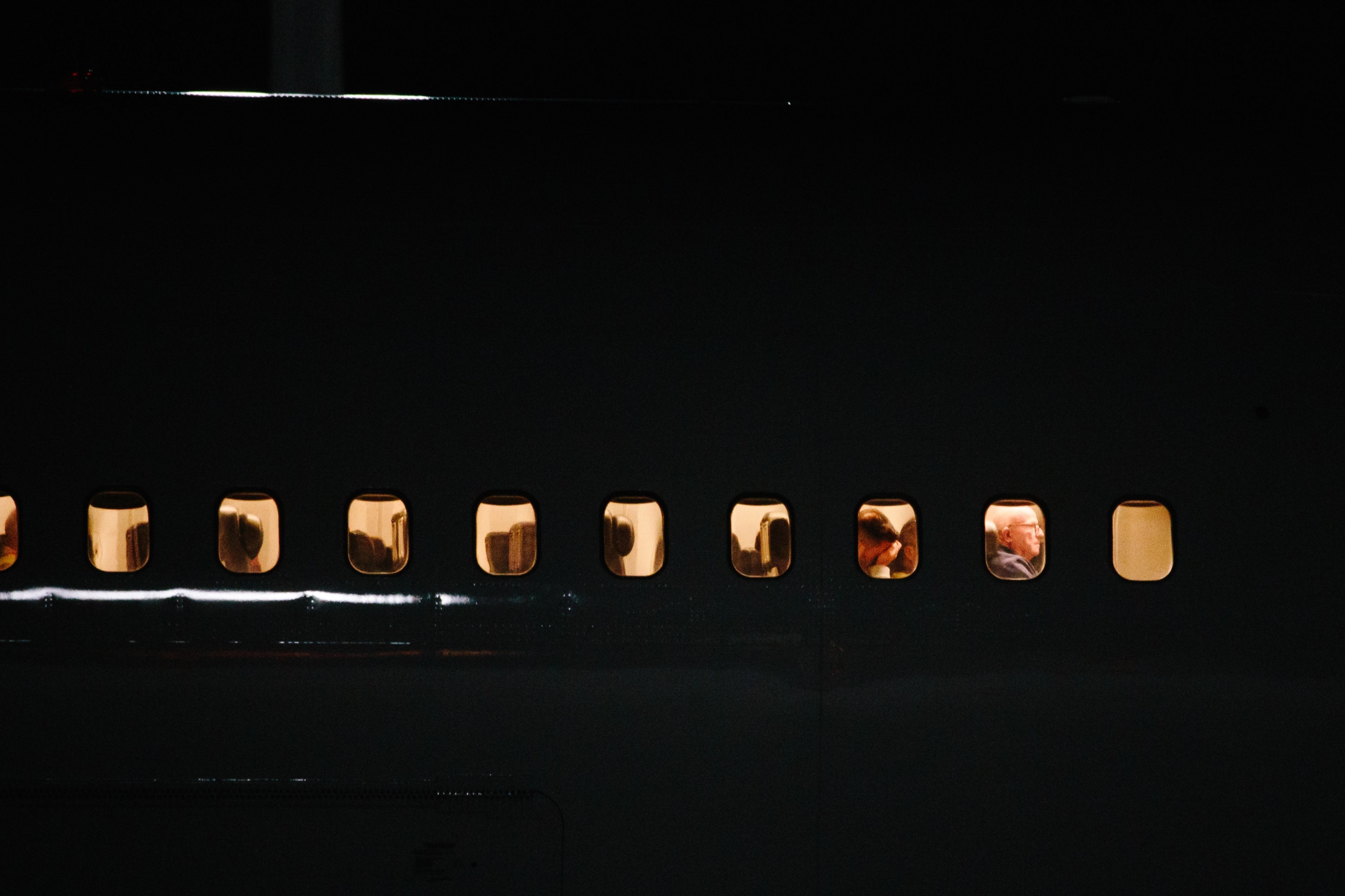 A man is seen with his head burried in his hands on a seat in a deportation charter of Titan Airways at Munich airport. Aug. 14, 2018. 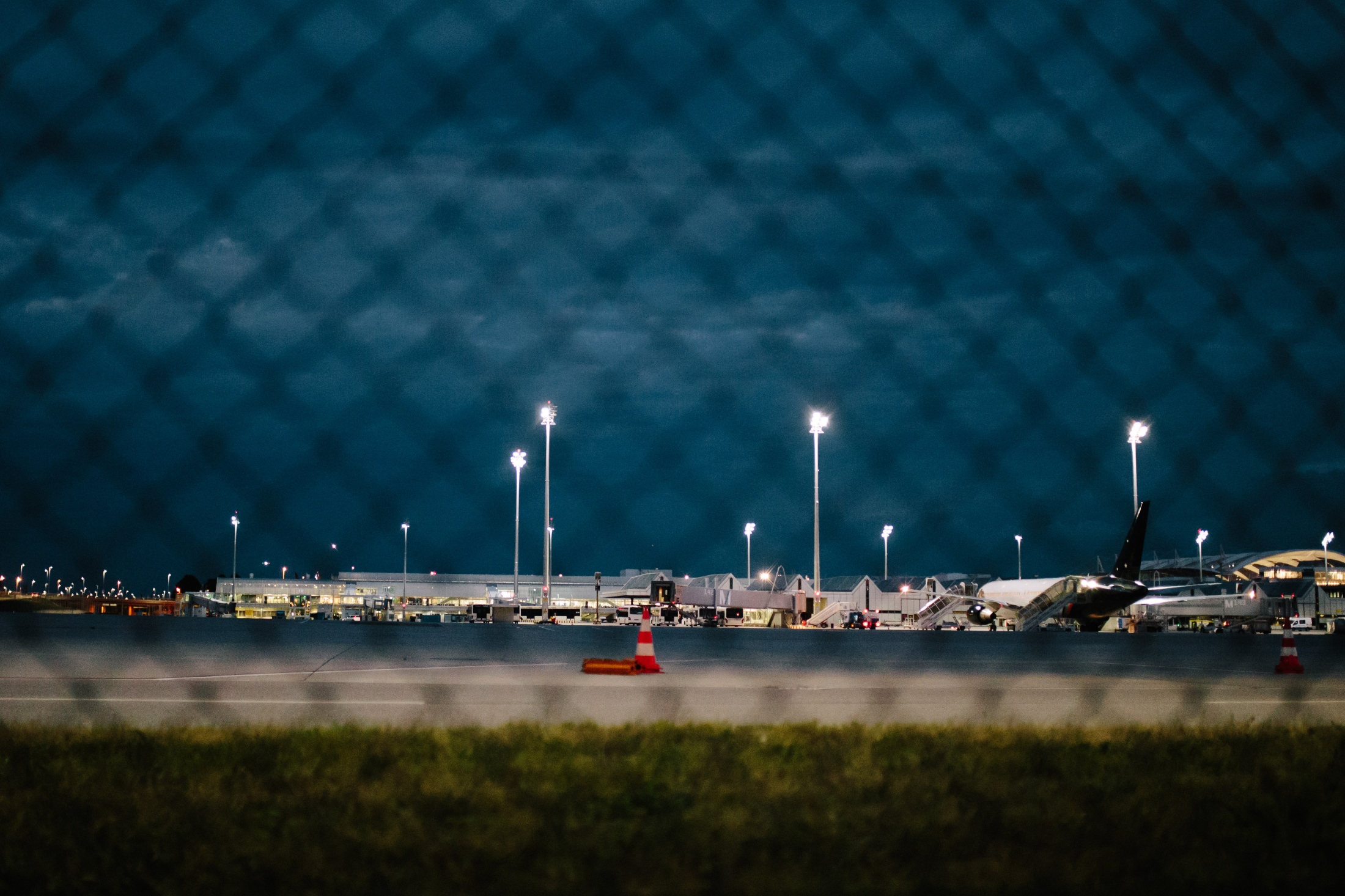 #Civil Rights #Human Rights
Michael Trammer
Freelance Journalist / Mediadesigner Picture & Sound based in Hanover, Germany
Since early 2017 the German government is conducting mass-deportations to Afghanistan on a monthly basis. The country that keeps being rocked by outbreaks of violence, was declared a so-called 'secure country of origin'. Reports of the UNHCR opposed this and paint the picture of a chaotic situation. Afghanistan was ranked the globally least peaceful country in Visions of Humanity's World Peace Index for the past four years. Following the withdrawal of the US and the NATO mission from the region in August 2021, the Taliban manage to seize power. Just one week before, the German federal government attempted to conduct another deportation, that was cancelled just hours before the flight. The Afghan government had urged European countries weeks before to stop deportations, due to the growing power of the Taliban. For now the last deportation to Afghanistan was conducted on July 6th from the airport of Hanover. (Coverage on the deportation for neues deutschland: https://www.nd-aktuell.de/artikel/1154191.abschiebungen-skandaloese-praxis.html)

Those denied shelter in Germany, as well as some with criminal offenses, are forced to Kabul with charterplanes. After a bomb-attack on the german embassy in 2017 the flights were paused, but soon later resumed. During the time period of the deportations German troops were participating in the Resolute Support Mission in Afghanistan. Several NGO's and politicians have been calling for a stop of the flights for the past four years.  Hundreds had protested through Munich, Frankfurt and Hannover airport, used for deportations. All voices were unheard by the government that has only been attempting to speed up the process and amount of deportations. Only the COVID pandemic led to a nine month pause of deportations in 2020.

Images were taken on during several deportations  at Munich (22.2.17, 3.7.18, 14.8.18, 11.9.18) and Hanover (6.7.21) airport. Practices used by german authorities on the flights were addressed and criticized by the Committee for the Prevention of Torture, CPT. The german government attempts to prevent the documentation of deportations and keeps photojournalists far off. In the distant and dark the fate of refugees is decided.