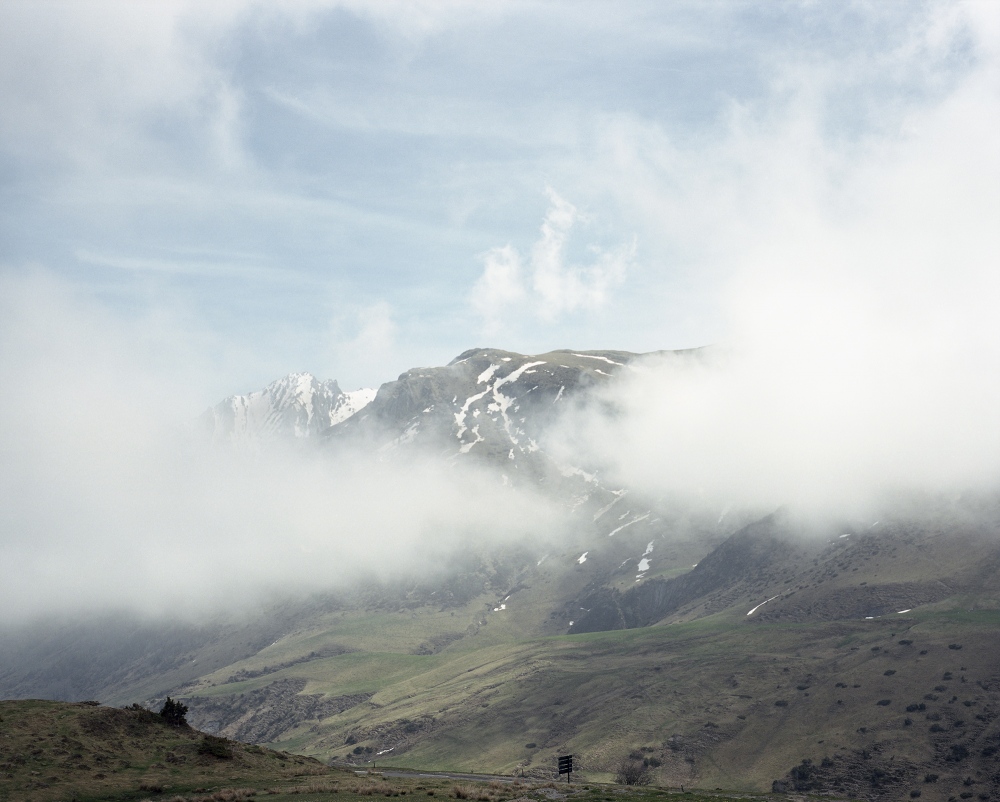 1 of 26 © 2021 Tommaso Rada
France, Aulus-Les-Bains. A view of the Pyrenees from the col d'Agnes. The legend by the Greek mythology recounts that the name of the Pyrenees Mountains come from Pyrene, the daughter of Bebrex. The mountains would be a monuments built by Hercules to pay homage to his beloved Pyrene. 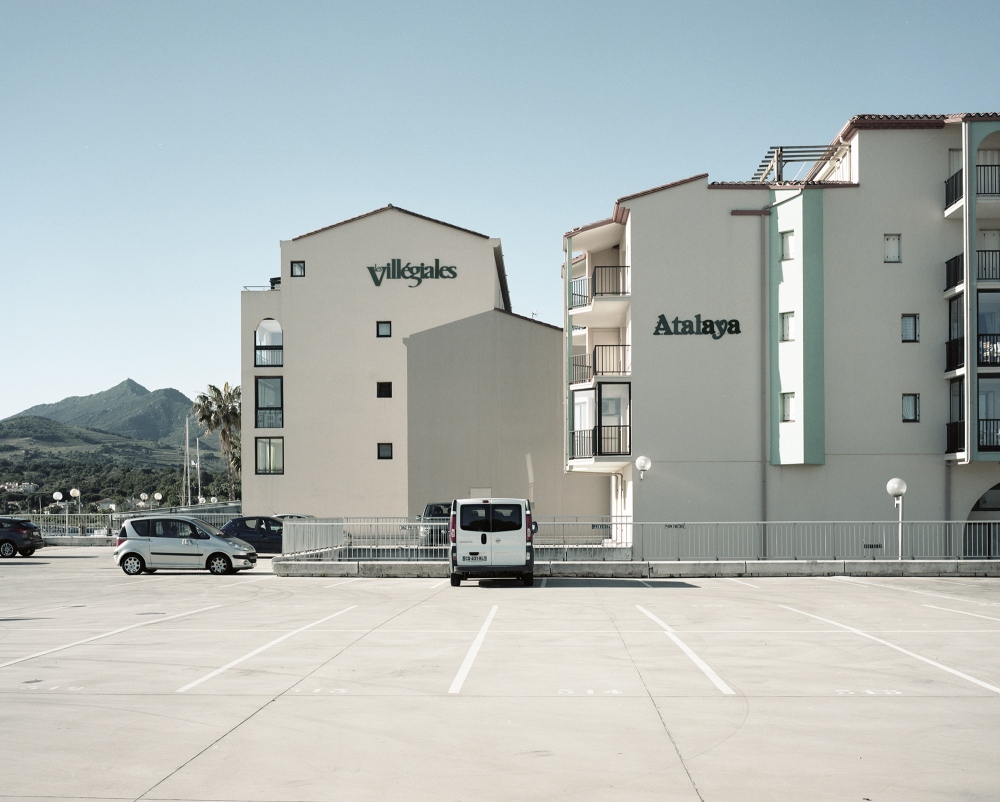 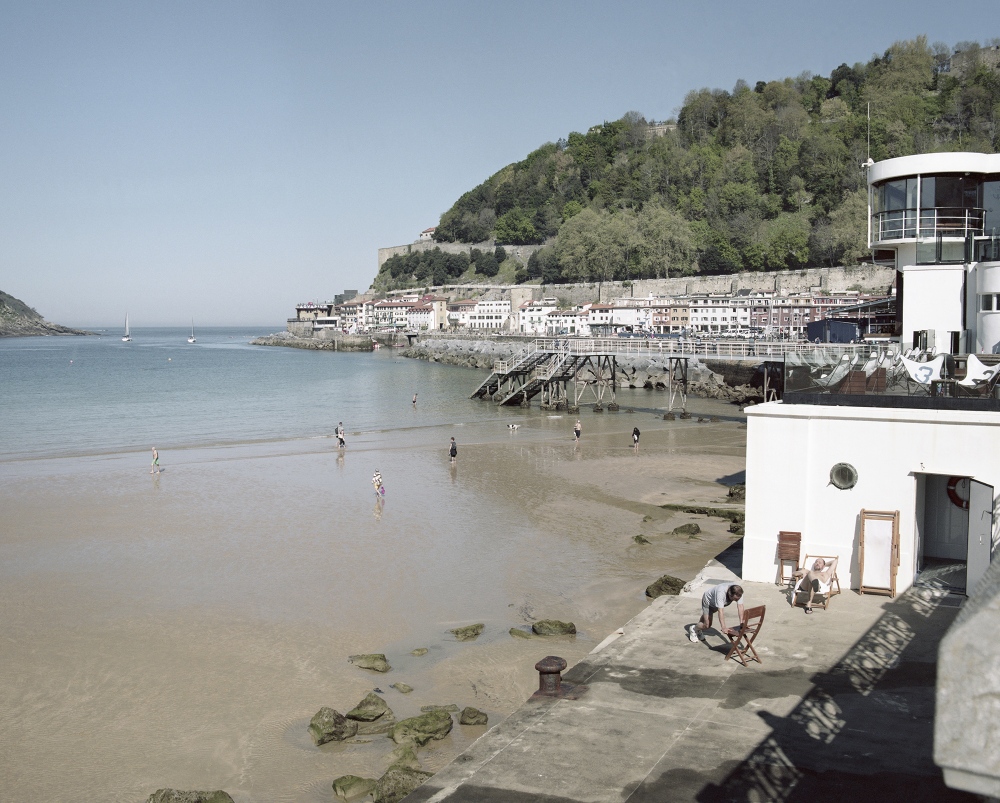 3 of 26 © 2021 Tommaso Rada
Spain, San Sebastian. A view of the seaside of the Basque city. The region has been the house of ETA, an indipendentist armed political group. In 2007 the ETA and the Spanish Government reached an agreement on the disarmetion of the group. 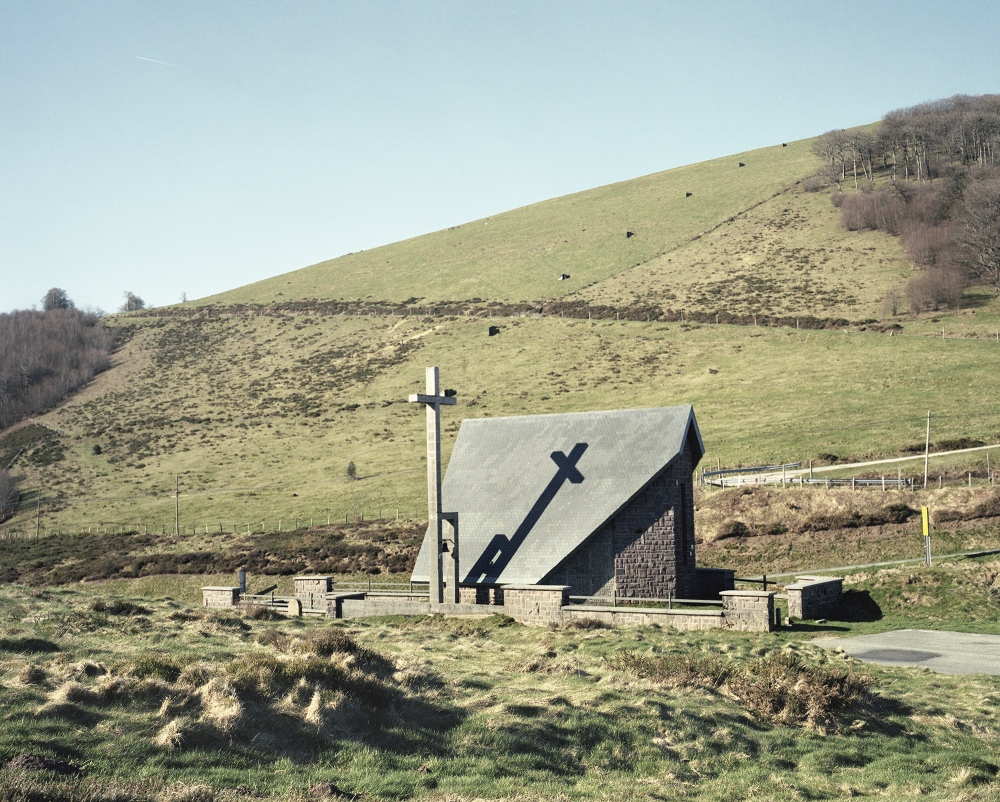 4 of 26 © 2021 Tommaso Rada
Spain, Valcarlos. A church built on the top of the mountain passage that connect Roncisvalle to the France. In this area the Paladin Roland was ambushed and killed. 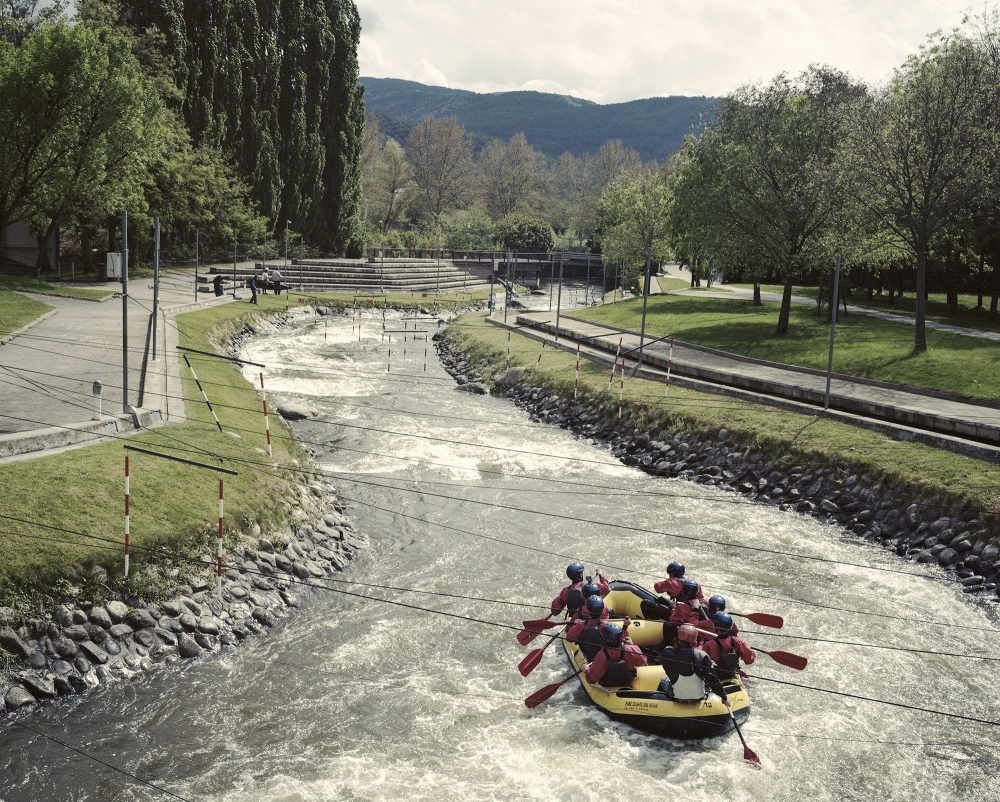 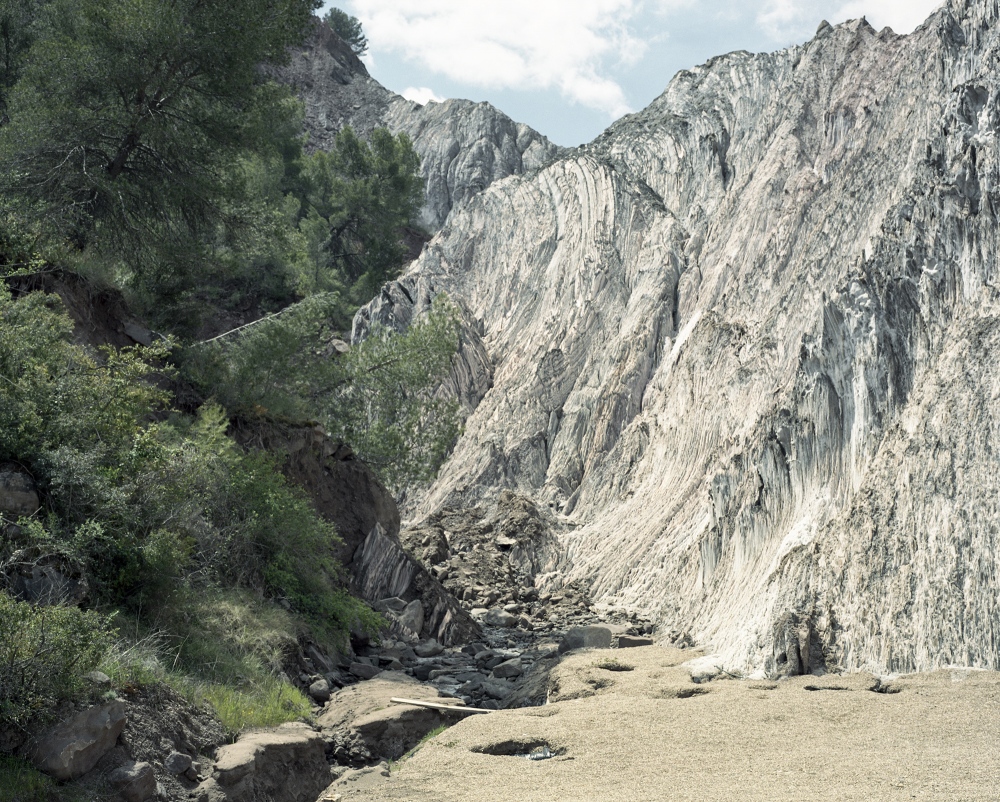 6 of 26 © 2021 Tommaso Rada
Spain, Cardona. A view of a mountain of salt, a geological unique of the Pyrenees. In the area the salt mining has been the main activity for decades. The excessive extortion of salt caused the contamination of the aquifer ground. 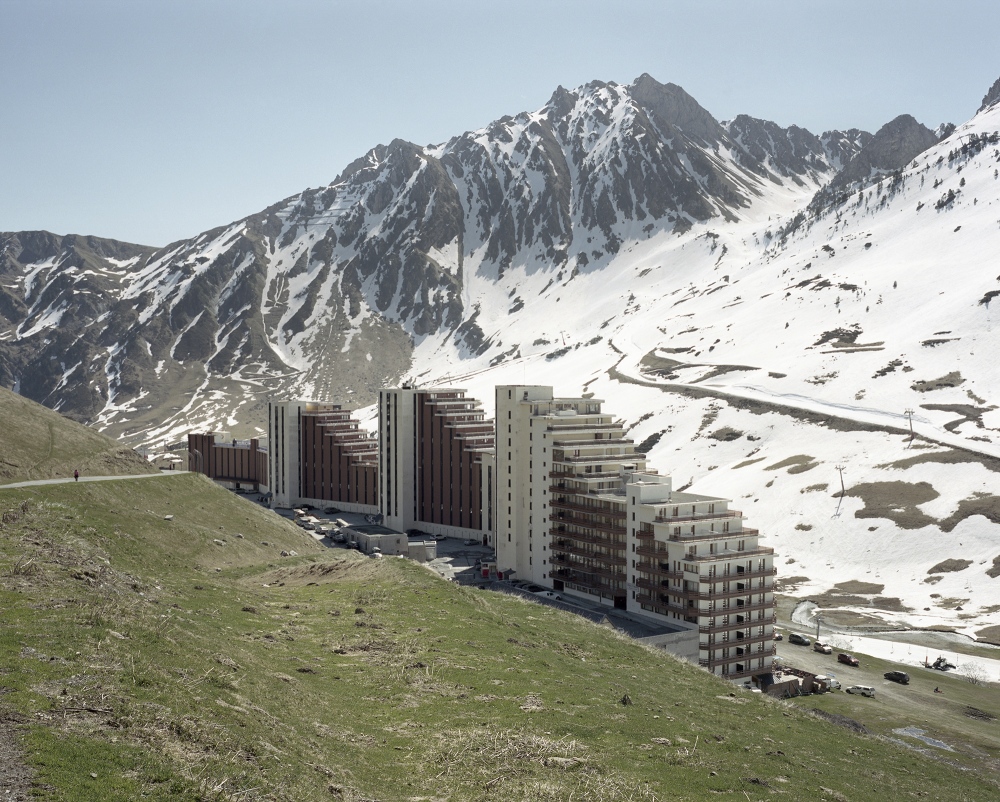 7 of 26 © 2021 Tommaso Rada
France, La Mongie. A view of a building belonging to a ski resort. According to the European Environment Agency, Europe’s mountain regions may suffer some of the most severe impacts of climate change. Increasing temperatures can change snow-cover patterns and lead to water shortages and other problems such as reduced ski tourism. 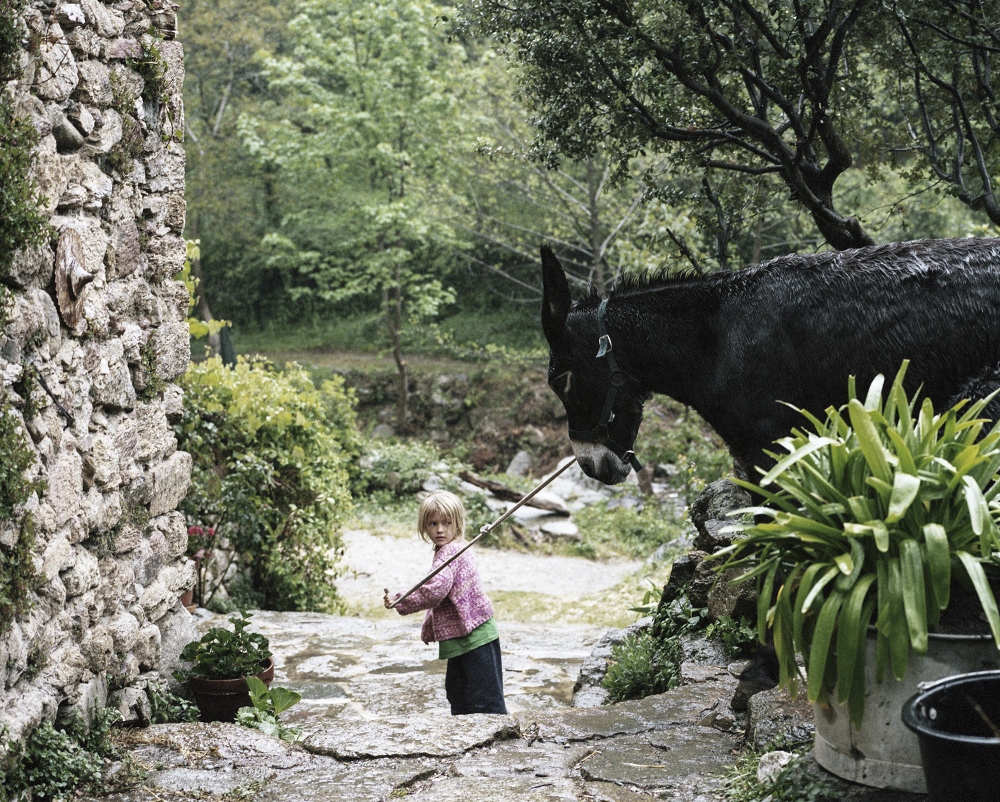 8 of 26 © 2021 Tommaso Rada
France, Amelie-Les-Bains. One of the daughter of Frauke. Frauke and his family decided to move on the Pyrenees, there they rebuilt a farm where they grow biological vegetable and host people that would like to help them in the farmer activities. 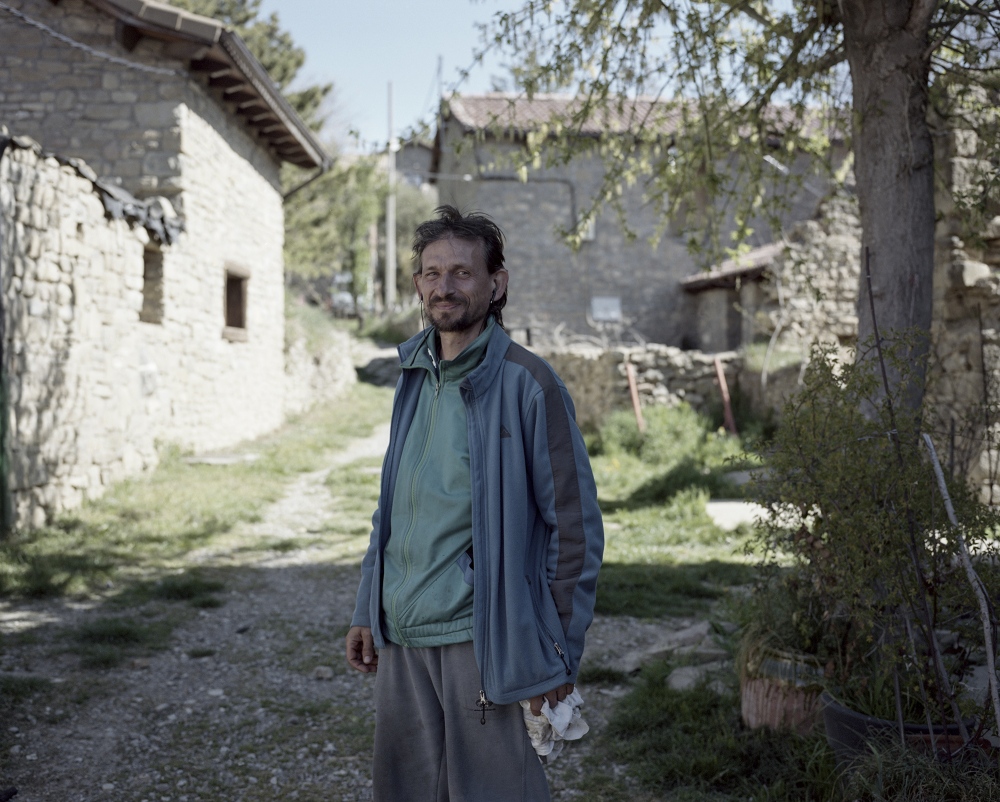 9 of 26 © 2021 Tommaso Rada
Spain, Ibort. Marco is an Italian that moved to Ibort. The village was completely uninhabited until a group of persons occupied and rebuilt some of the houses. Today the village is composed by an intercultural and international community. 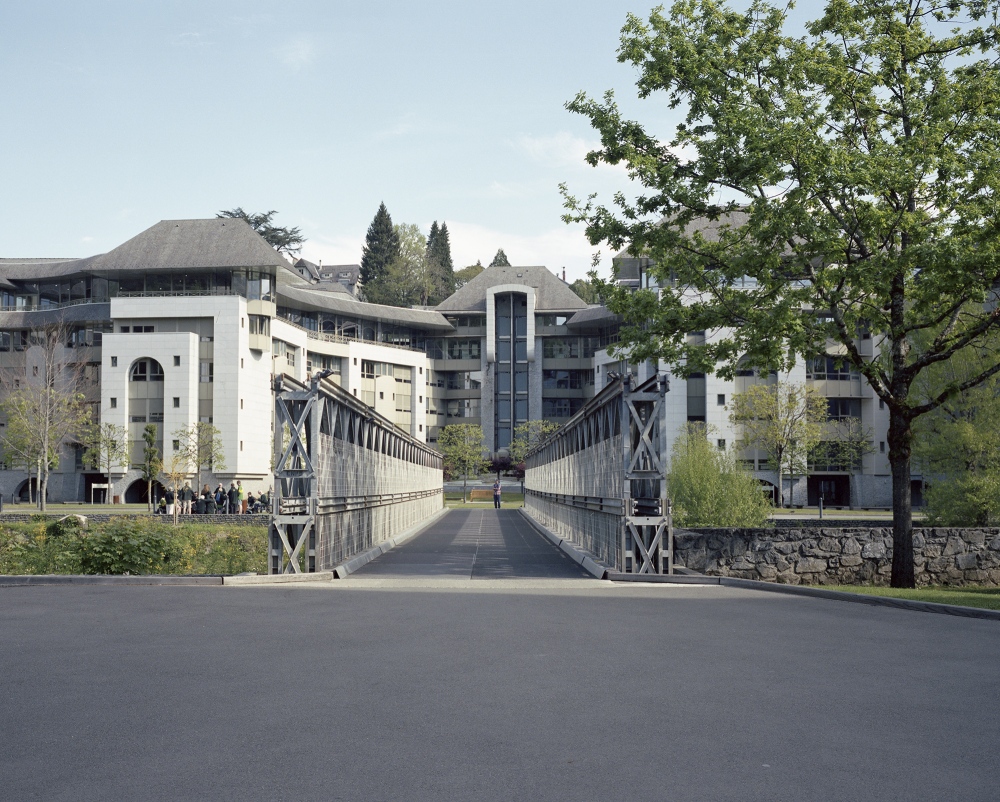 10 of 26 © 2021 Tommaso Rada
France, Lourdes. A view of a building of the Sanctuary of our Lady of Lourdes. Every year 5 milions of believers visit the sanctuary. The religious tourist is the main income of the whole area. 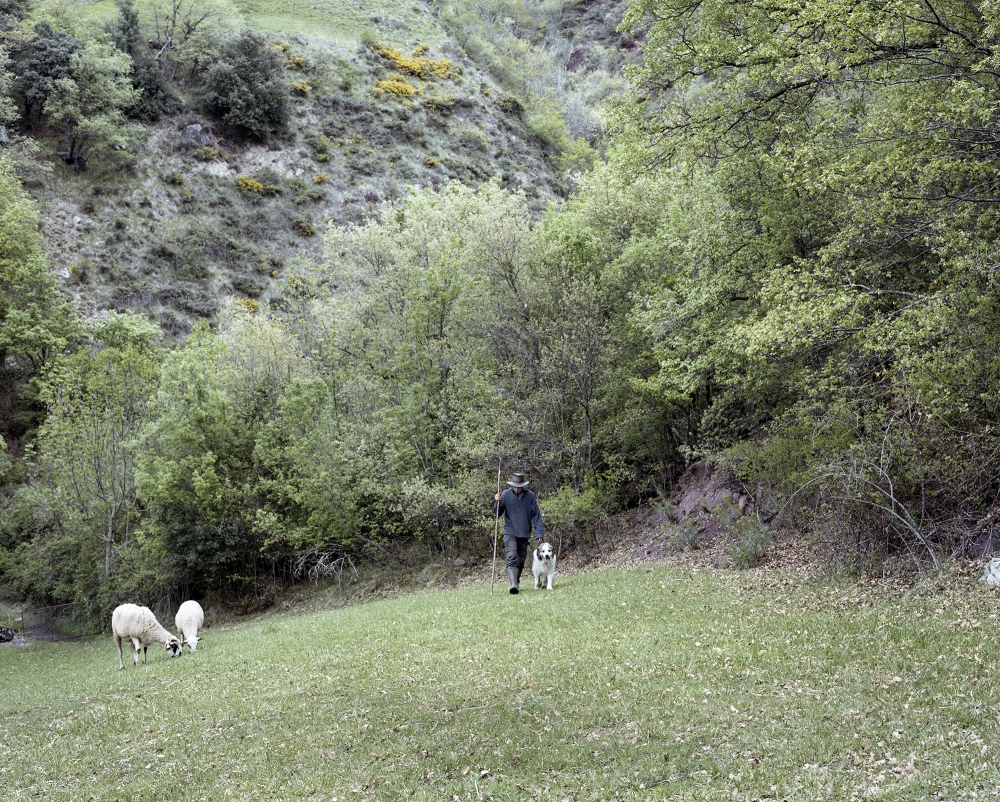 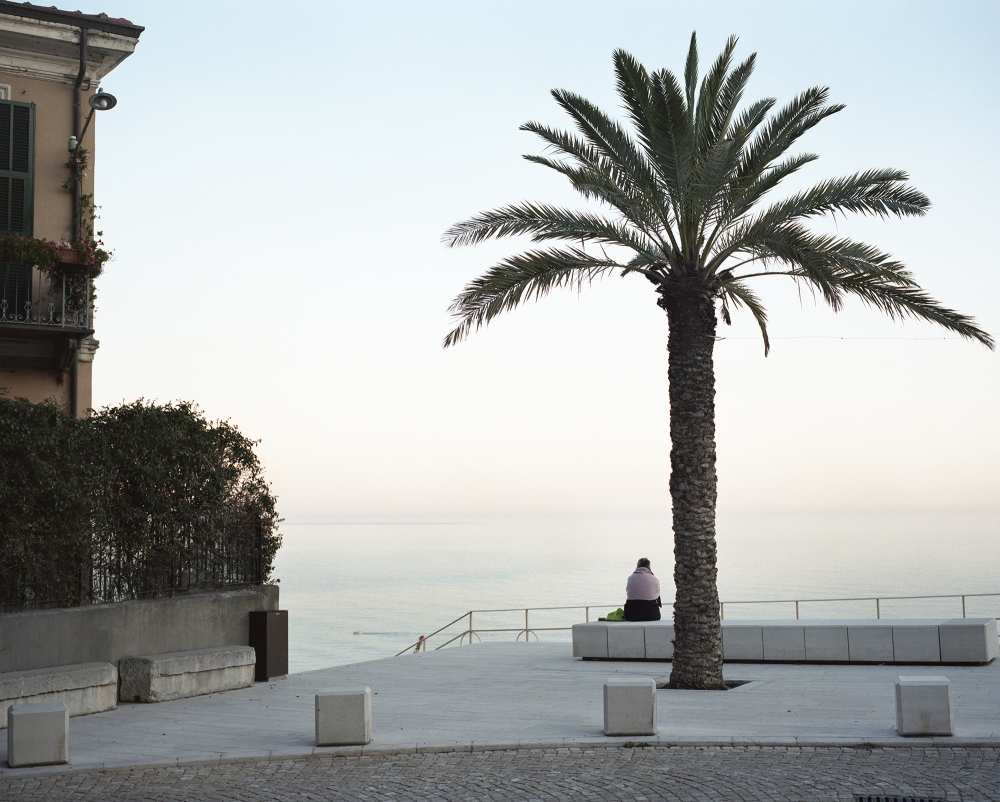 12 of 26 © 2021 Tommaso Rada
France, Biarritz. A view of Biarritz. Biarritz is considered a luxury sea resort. 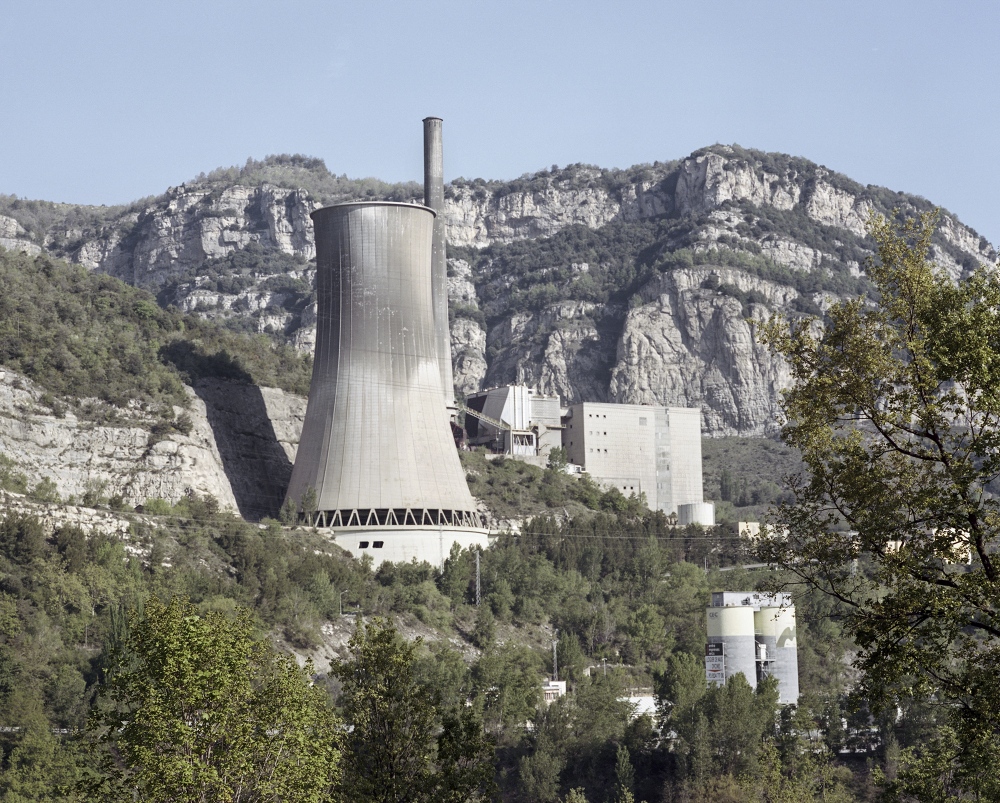 13 of 26 © 2021 Tommaso Rada
Spain, Cercs. The former Thermal Plant that was working with coal.  The plant coused acid raining in the past, and in 2011 it definetely closed. The plant was supposed to be converted in a biomass plant or in a research center for renovable energy but the plans have never been developed. 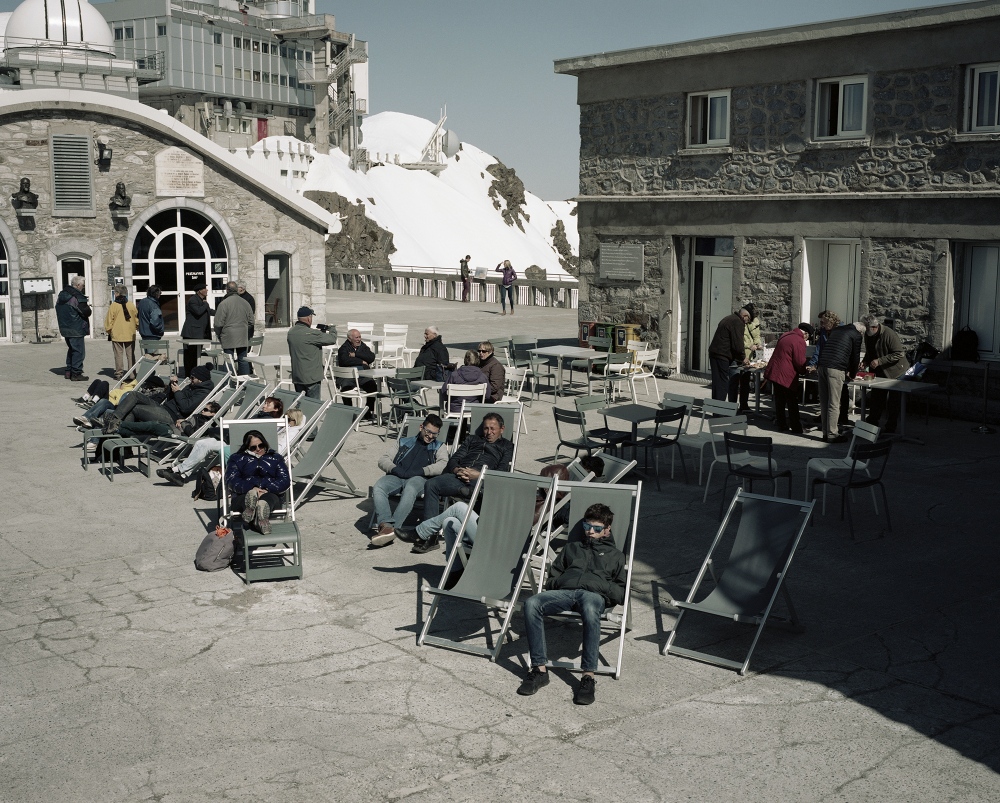 14 of 26 © 2021 Tommaso Rada
France, Pic du Midi. Tourists relax at the top of the Pic du Midi where is located the higher Astronomy Observatory of Europe. 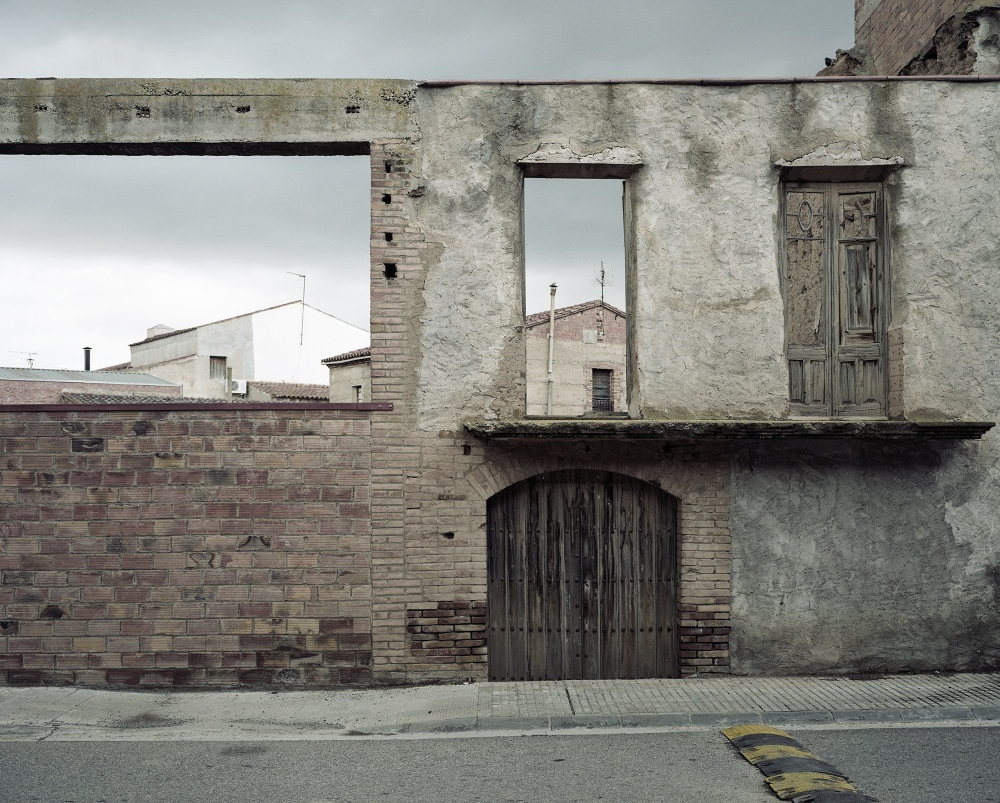 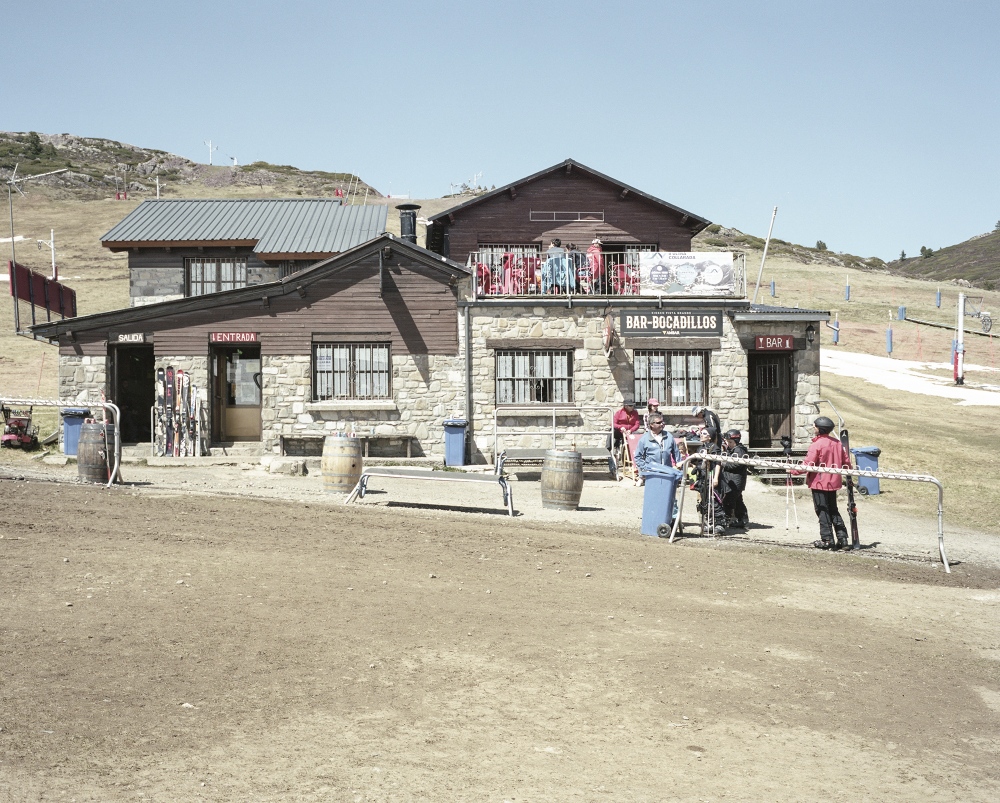 16 of 26 © 2021 Tommaso Rada
Spain, Candanchu. A view of a ski resort. According to the European Environment Agency, Europe’s mountain regions may suffer some of the most severe impacts of climate change. Increasing temperatures can change snow-cover patterns and lead to water shortages and other problems such as reduced ski tourism. 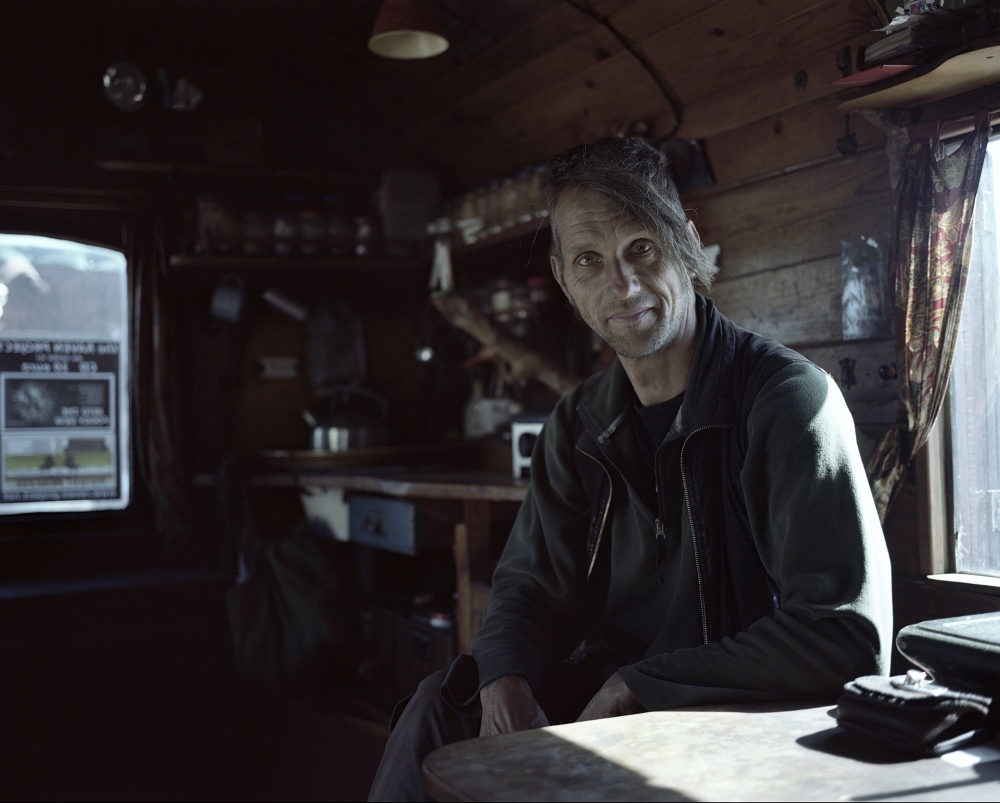 17 of 26 © 2021 Tommaso Rada
France, Saint Girons. A portrait of a german travellers. The Ariege region is today a refugee for travellers and Romani People, it also host several "hippies" communities and it is a open sky laboratory for alternative agriculture and farming. 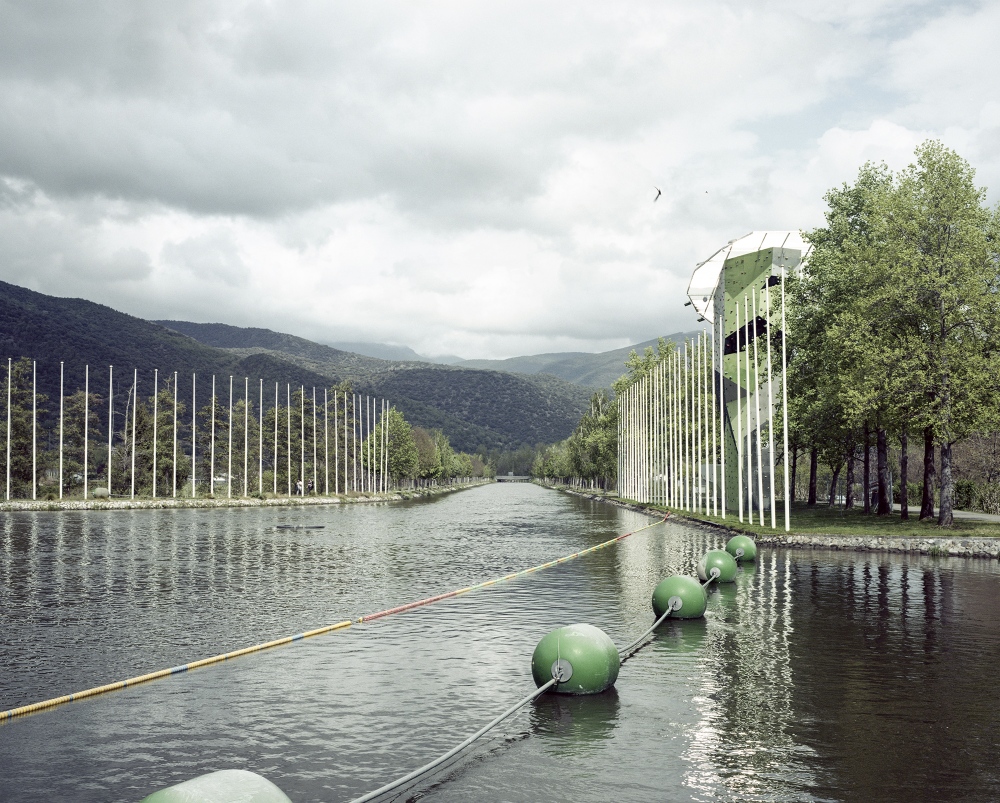 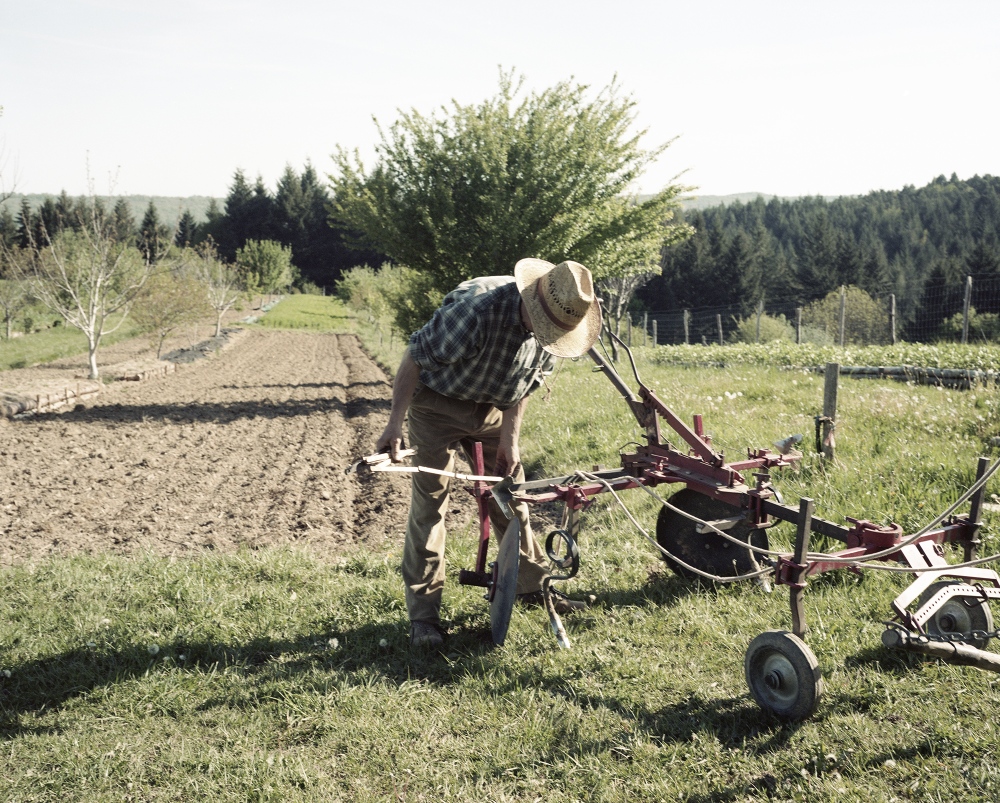 19 of 26 © 2021 Tommaso Rada
France, Camarade. Mr Roberto work on his fields. Mr Roberto is part of an association named Prommata that project modern agriculture machine to allow farmers to use animal traction for the field work. 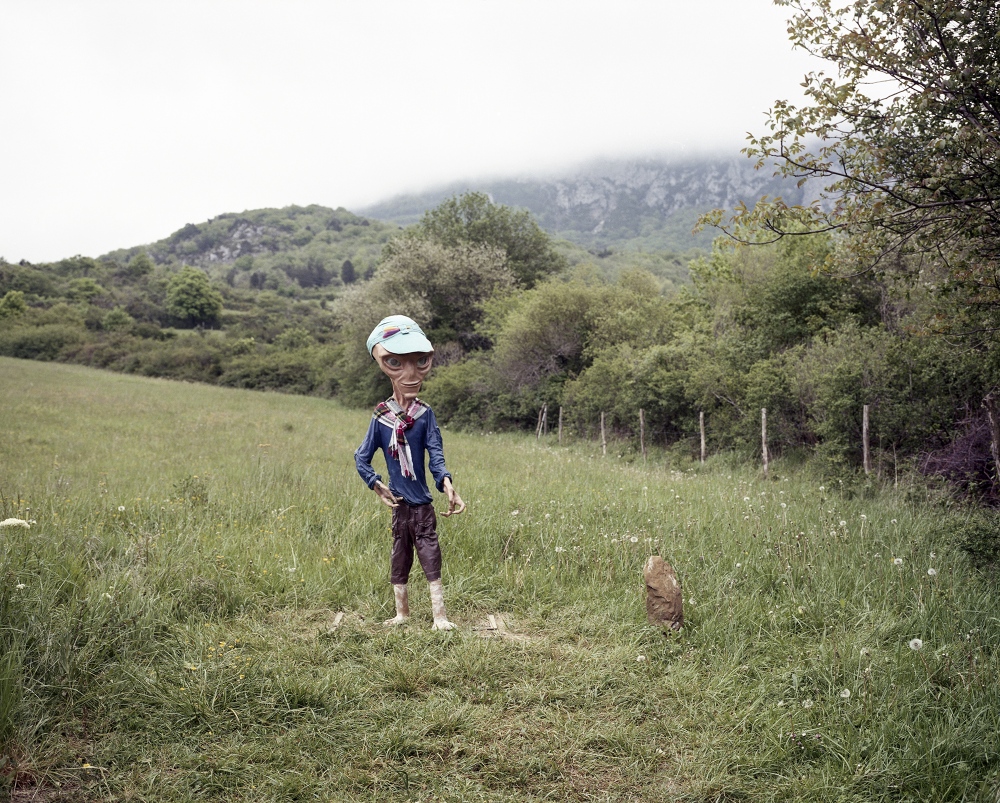 20 of 26 © 2021 Tommaso Rada
France, Bugarath. A statue of an alien in a field of Bugarath. Several legends states that in 2012 the apocalipse would take place and one of the few places that would be safe would be the village. Suddenly the price of the houses increased. 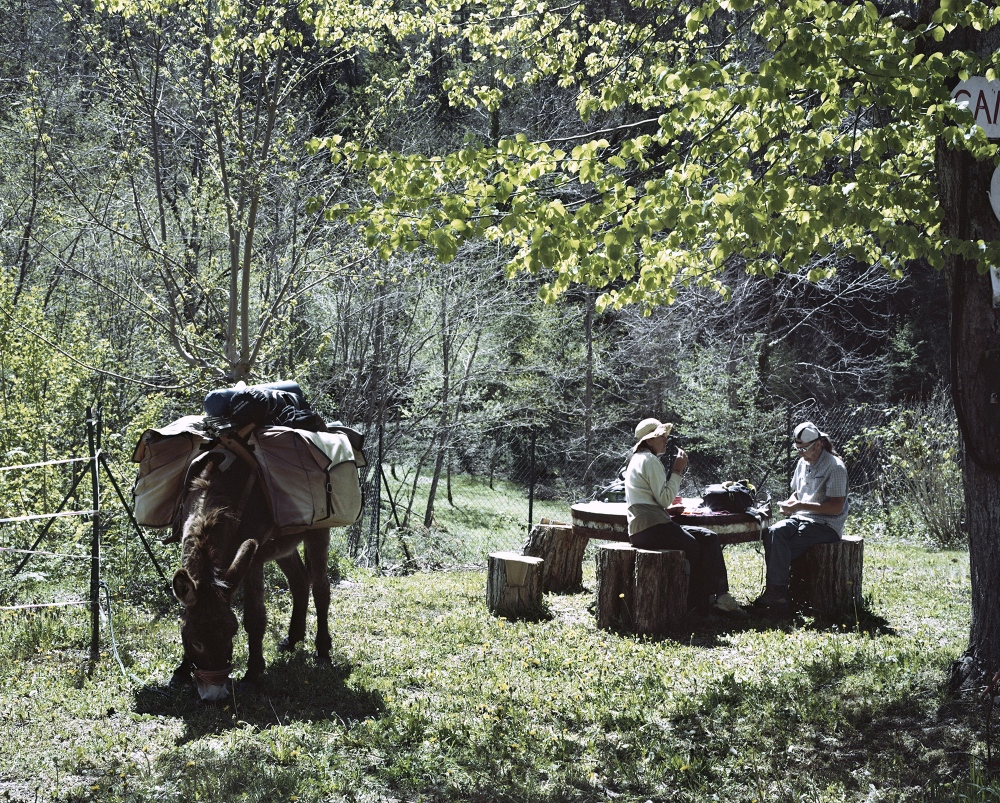 21 of 26 © 2021 Tommaso Rada
France, Biert. Two tourists travelling in Ariege by donkeis. The Ariege region is today a refugee for travellers and Romani People, it also host several "hippies" communities and it is a open sky laboratory for alternative agriculture and farming. 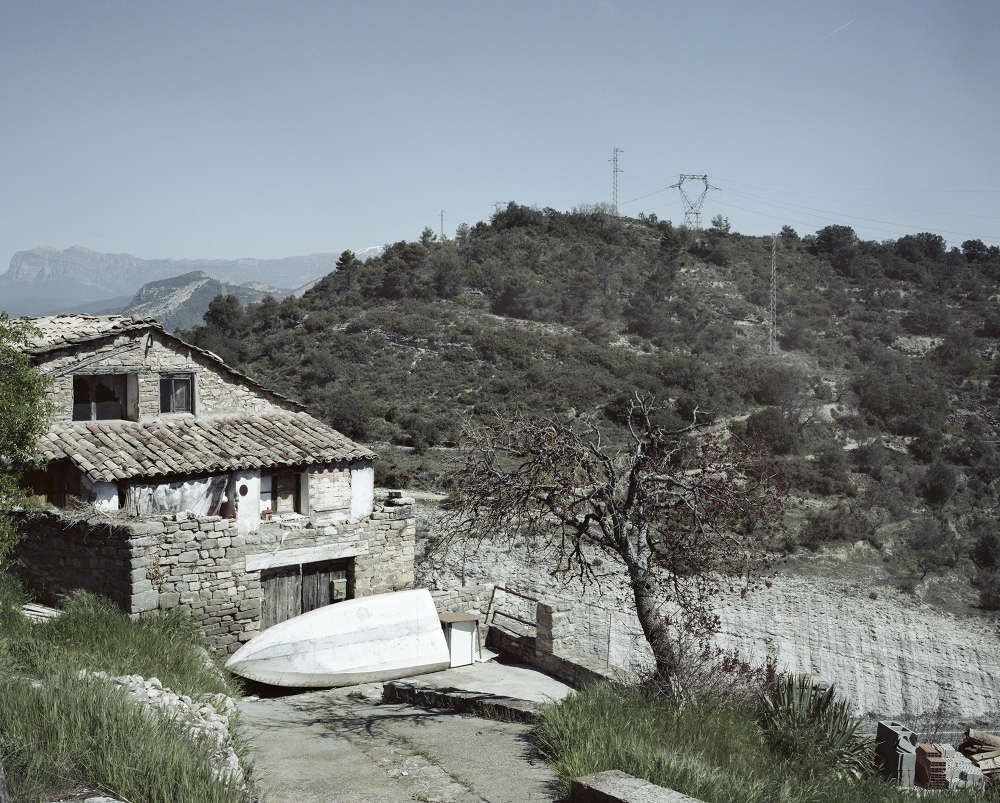 22 of 26 © 2021 Tommaso Rada
Spain, Yesa. A landscape near Yesa dam. According to the plan the Yesa Dam should be implemented. The local inhabitant are protesting because concerned on the risk of floods. 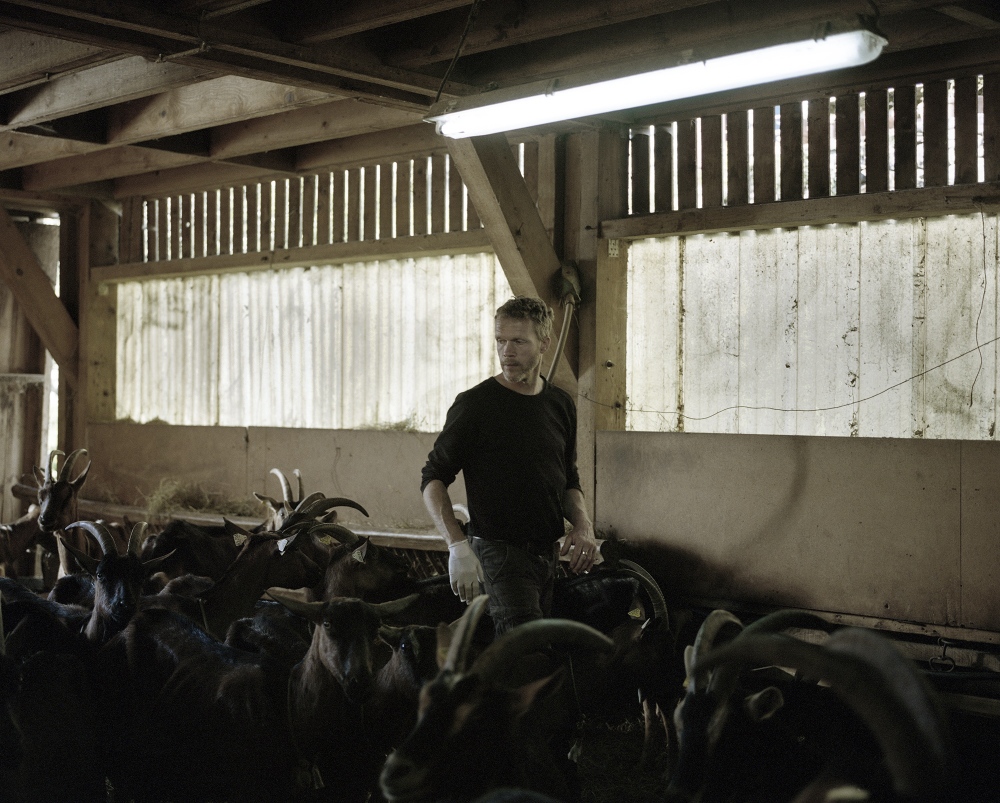 23 of 26 © 2021 Tommaso Rada
France, Couflens. Some years ago, Herman (in the picture) from Germany and Georg from Belgium decide to move in Couflens and open a small farm. They produce goat cheese and sell to local market, they produce just enought products to be able to live. The Ariege region is today a refugee for travellers and Romani People, it also host several "hippies" communities and it is a open sky laboratory for alternative agriculture and farming. 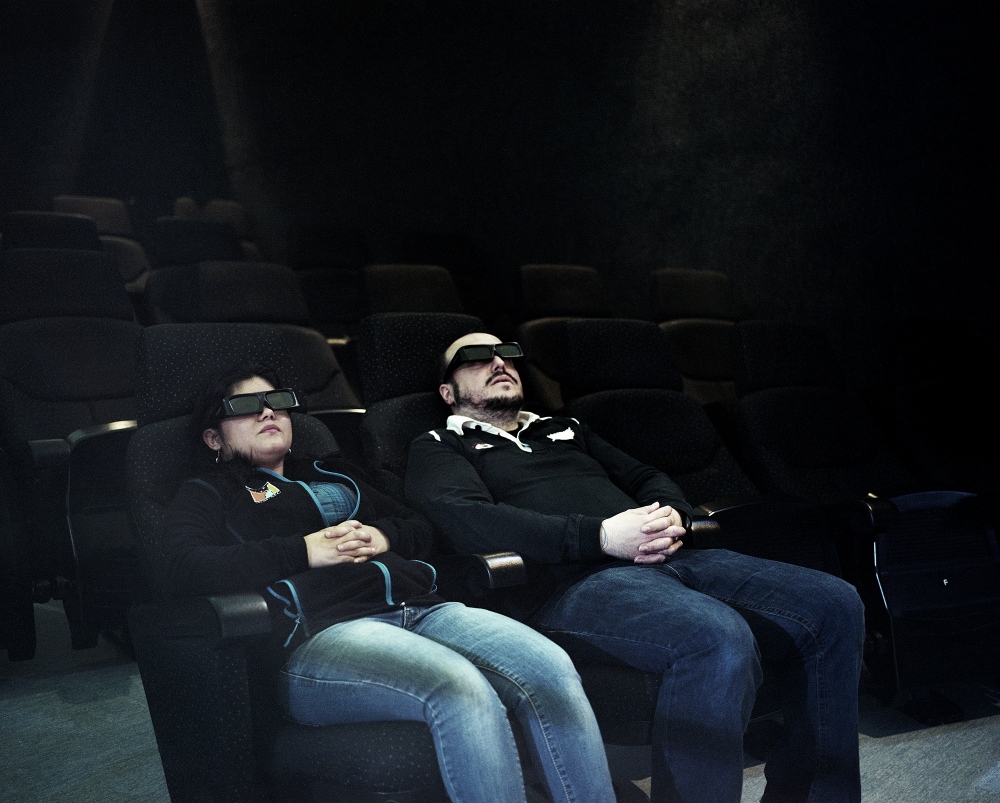 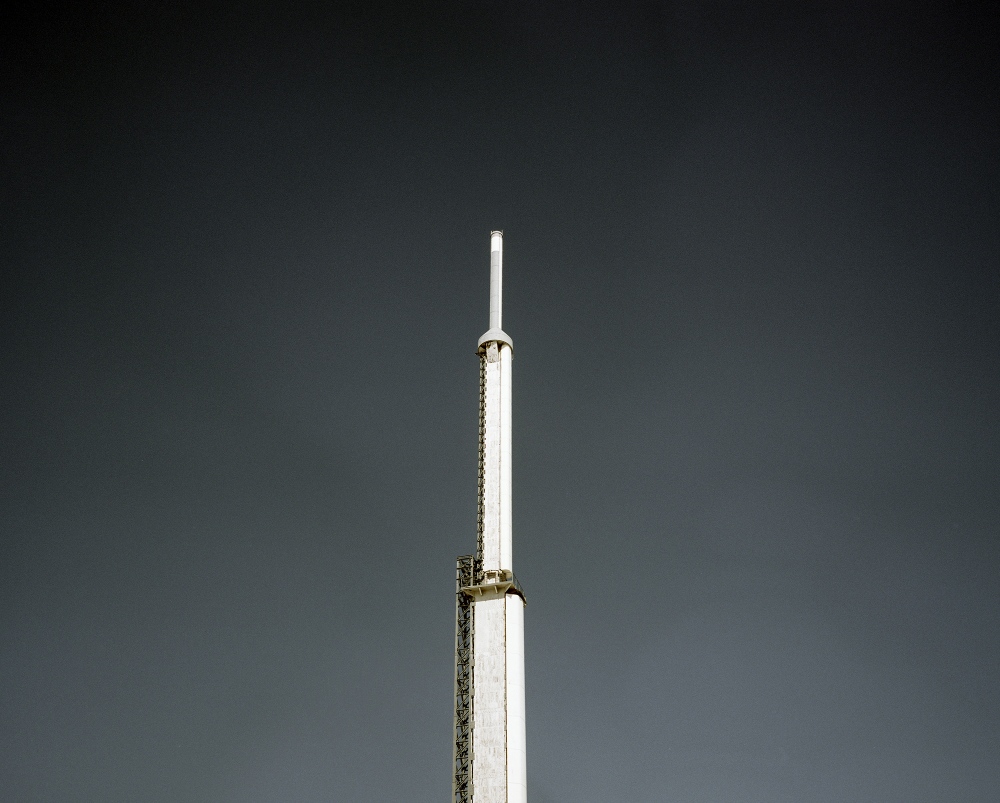 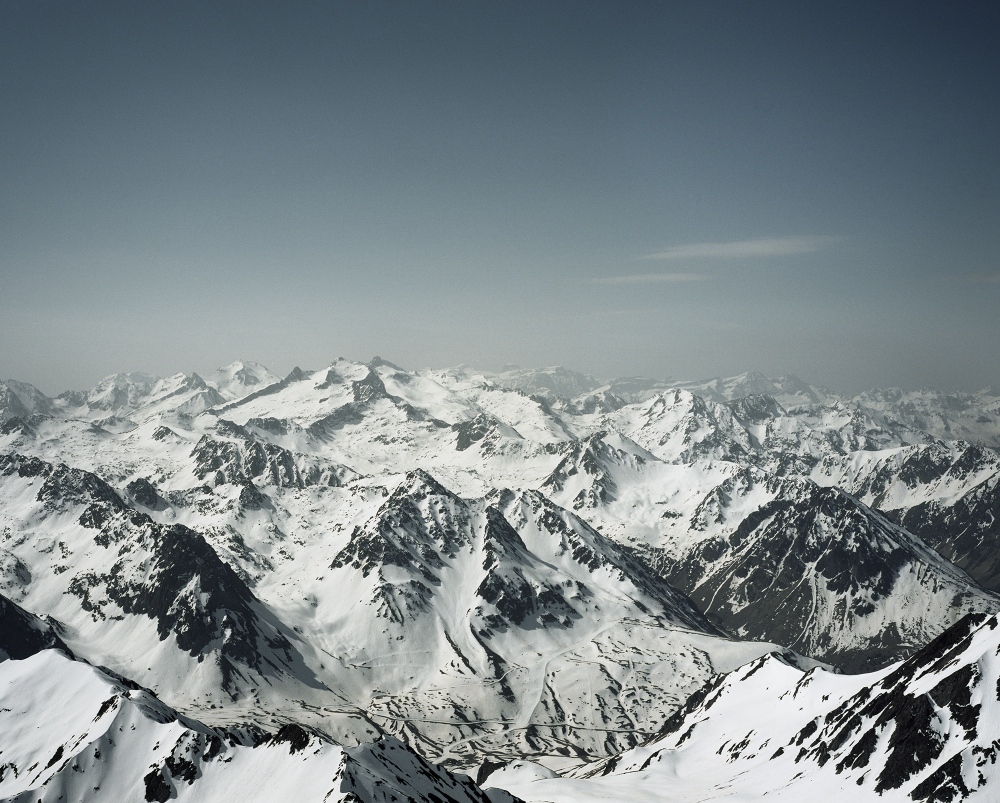 The legend by the Greek mythology recounts that the name of the Pyrenees Mountains come from Pyrene, the daughter of Bebrex. The mountains would be a monuments built by Hercules to pay homage to his beloved Pyrene.

The Pyrenees separate today France from Spain and with their inhospitable peaks they create a physical barrier between Iberian Peninsula and the rest of Europe.

From the Atlantic Ocean to the Mediterranean Sea these mountains change, like people and communities that live the territory, but every rock, river and waterfall of the Pyrenees has a story to tell; over the centuries, these mountains have been crossed by armies and pilgrims, they offered an escape to refugees and minorities, the have been the scenario of epic wars, and violent dictatorships.

The Pyrenees saw the debacle of Charlemagne and the dead of Roland, hosted and protected mysterious peoples like the Basques and in the middle age, the mountains hided the Chatars, a religious group that protested against the corruption of the Catholic Church. The same routes used by the Chatars escaping from the Catholic persecutions, were used again by Spanish refugees fleeing the Civil War and, later on by the partisans fighting against the Nazi occupation.

With the creation of the European Union, the wars that have been crossing the Pyrenees ended and the region knew an unprecedented stability. However, the political system created after the Second World War appears very fragile. Despite the pacification of the Basque country and the disarmament of E.T.A., the region is still living a delicate period which would require a sense of unity frequently threatened  by secessionist political movements that promote the ideia of an impossible unity within the difference.

On the top of the mountains, in the hidden valleys and in the remote villages, the European Union is felt like an absence; in the emptiness created by the lack of Institutions and resources to face the challenges poses by global capitalism, some communities and cultures are almost dying, affected by depopulation and massive exploitation of the territory. Nevertheless, in other places of the Pyrenees, the same emptiness is used to built something new and different, looking for new way to profit from the territory, respecting the environment, and thus to create a different society based on collaboration and new ideas of community.

As many borders, the Pyrenees are where the symptom of the "European sickness" can be more visible but are also the place where experimentation and new ideas are raising, a place from where a new energy to re-think the European unity could spread all over the continent.