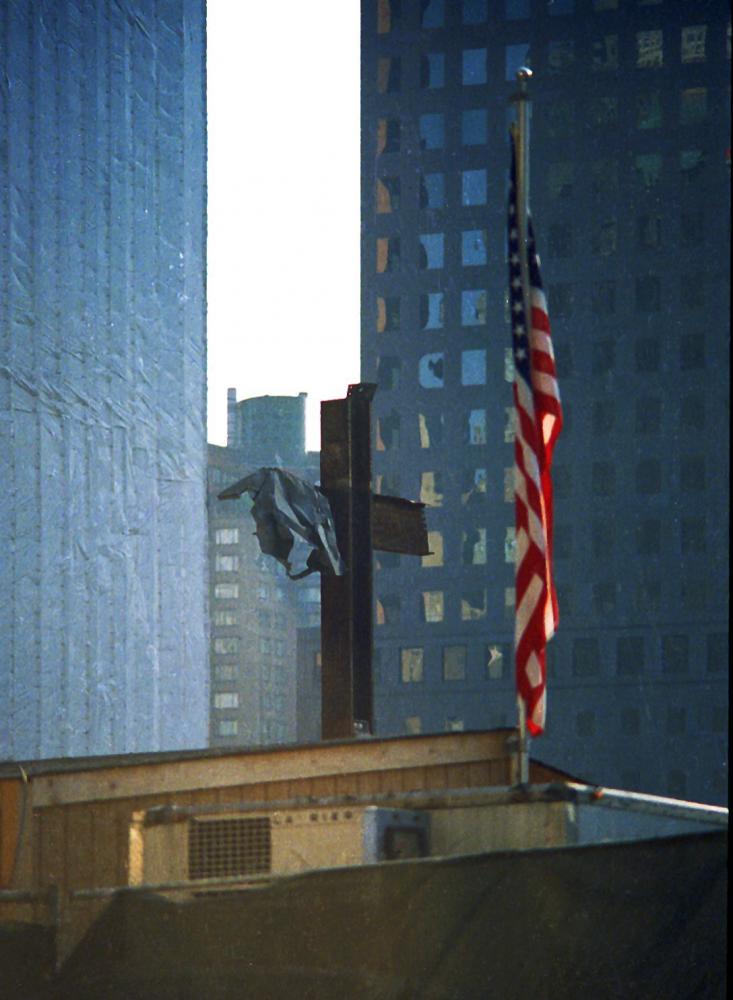 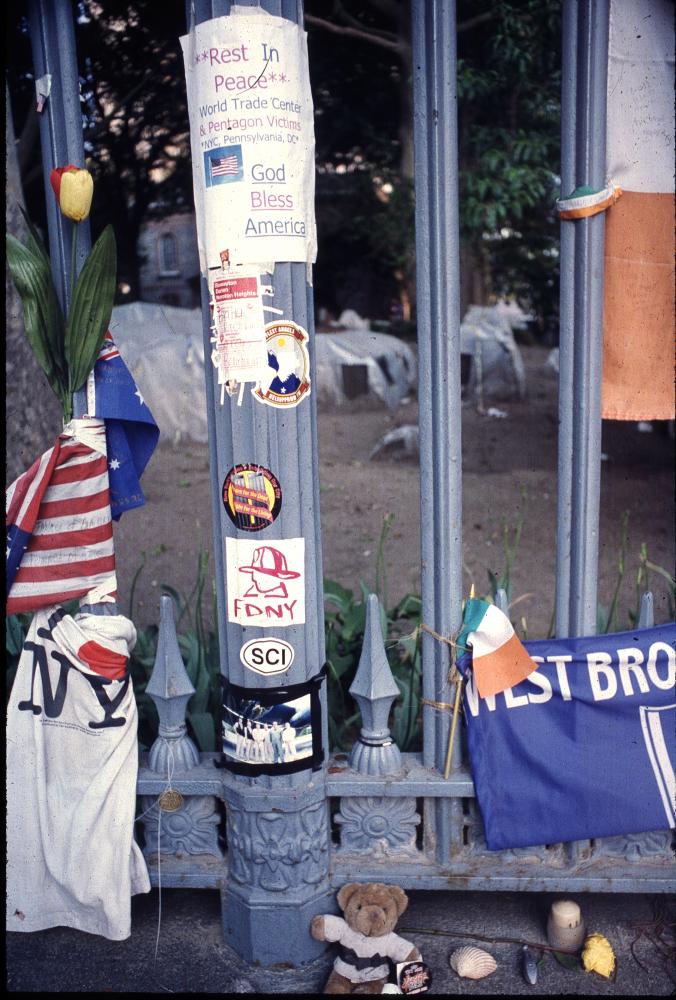 My city was forever changed. I come to Ground Zero, a third generation New Yorker unprepared for the visual magnitude of the destruction.  After five months this attack has been recorded from every angle, memorialized and tattooed in our memory. But standing here now, I re- experience the horror. The buildings that surrounded the two towers are shaken, their windows blown out still reflecting the devastation of what they witnessed. It is the end of another day of sifting debris and hundreds of workers descend the vast hole, coated in the film from the wreckage. I slip behind a parked crane and zoom in on a man hacking the dense soot out of his lungs. A women exits a trailer carrying a blender and an armload of nutritional supplements. Her cocktail to get her through the day. She removes her hard hat leaving a halo shaped residue and shakes her head. The light catches the dust remains that spray the air.  Before she walks away she turns and gazes into the bottomless pit. Maybe she’s looking to see if the days work has made a dent. I nod in salute of her stamina and then I hold up my camera but she turns away from me, fed up with the intrusion. I am but another in the stream of tourists who exploit this site everyday, looking for a testimonial.  I try to find a way to photograph the pit, but the enormity of the annihilation is impossible to capture from street level. I feel helpless and so small. There is no photograph I can take that will satisfy me. The sun setting offers me closure. But I don’t leave. I wait till a ray of light folds over the sagging American flag. A shadow of the harsh reality bounces onto a makeshift cross erected from remnants of the steel girders crowned with a random piece of canvas that hangs from this monument like a shroud.

Women are angry ...And Today's Rallies are the Beginning of a Summer of Rage

Eyes of the World

So Proud My Protest Photography In a Diane Warren video at the ACLU_SoCal Bill Of Rights Awards: https-youtu-be-ba6ubglmefk

Don't Forget To Vote No On Recall

TEXAS & SCOTUS - ARE YOU LISTENING: WOMEN WILL NOT GO BACK !

Join Us Today : The Importance of the Printed Image, the intricate mosaic of activism in the US since the dawn of the 21 st century