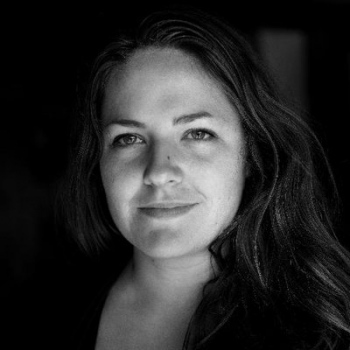 Since completing a Masters in Photojournalism (2014) at Ohio Universityâ€™s School of Visual Communication, she has worked in various roles throughout the visual media industry: as a freelance photojournalist in the US and abroad; at NPR as Digital News Picture Editor and Visual Journalist intern; and at NOOR Images, the Amsterdam-based independent documentary photo agency, in both sales and digital communications roles.

Her personal photography and video work often focuses on themes of migration, including the cultural and socioeconomic tensions that arise between migrants and established communities, as well as other issues around migration.

Her projects 'Living in Limbo,' on the EU migrant crisis, 'Soy Dominicana,' on the experience of Haitian-Dominicans, 'Ravenswood,' on Latin Americans integrating in Appalachia, and 'Gentrifying New Orleans,' on post-Katrina demographic shifts in the Crescent City - all explore various aspects of migration dynamics. The intent is to encourage dialogue and introspection on these topics between seemingly disparate groups, and society at large.

While she actively pursues personal documentary projects in a constantly evolving industry, Sarah is keen to continually challenge her relationship to the medium through emerging platforms and roles - as a content creator, editor, producer, curator, marketer, and consumer - seeking out increasingly effective ways to visually communicate about the world we live in today.