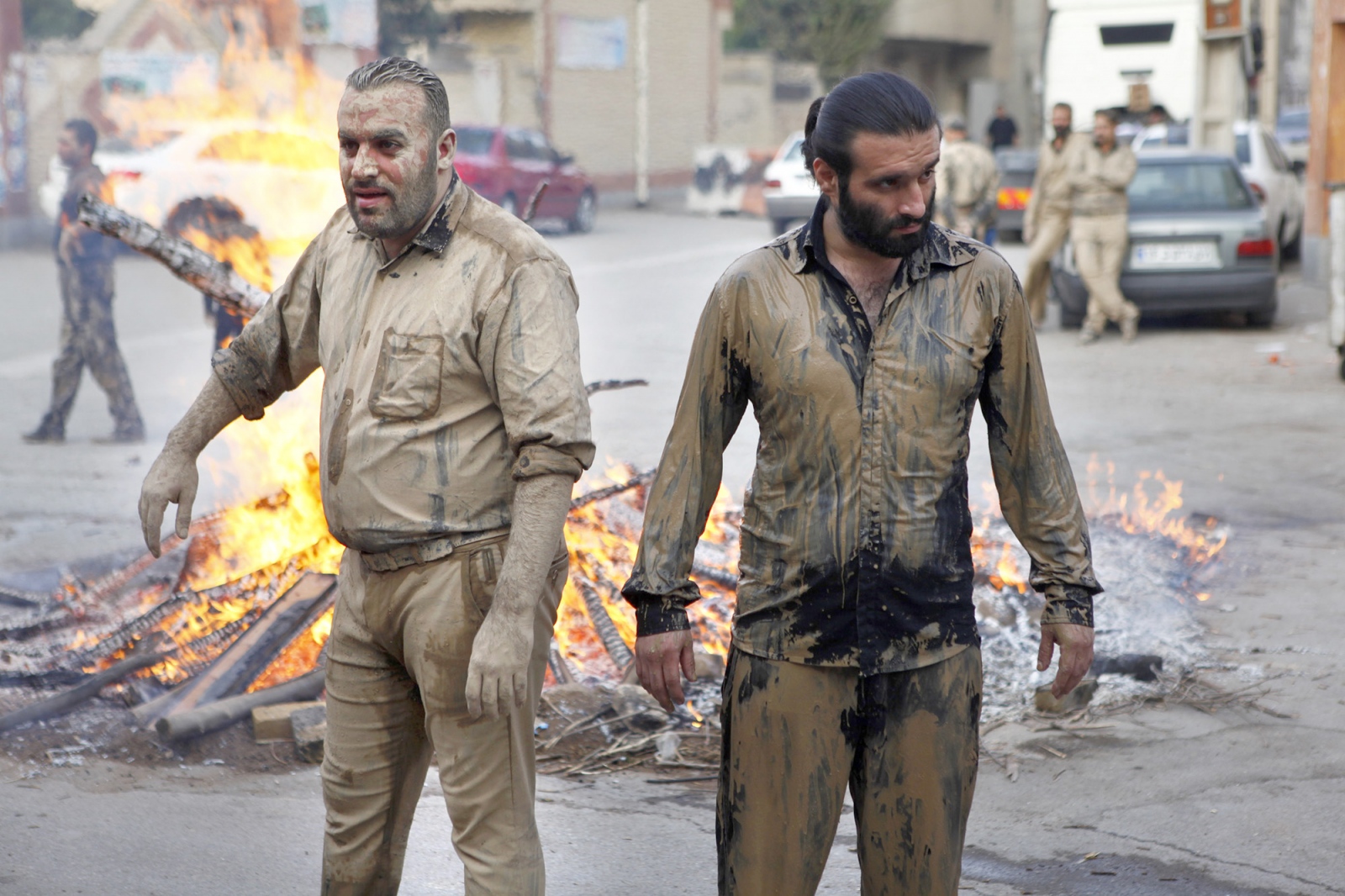 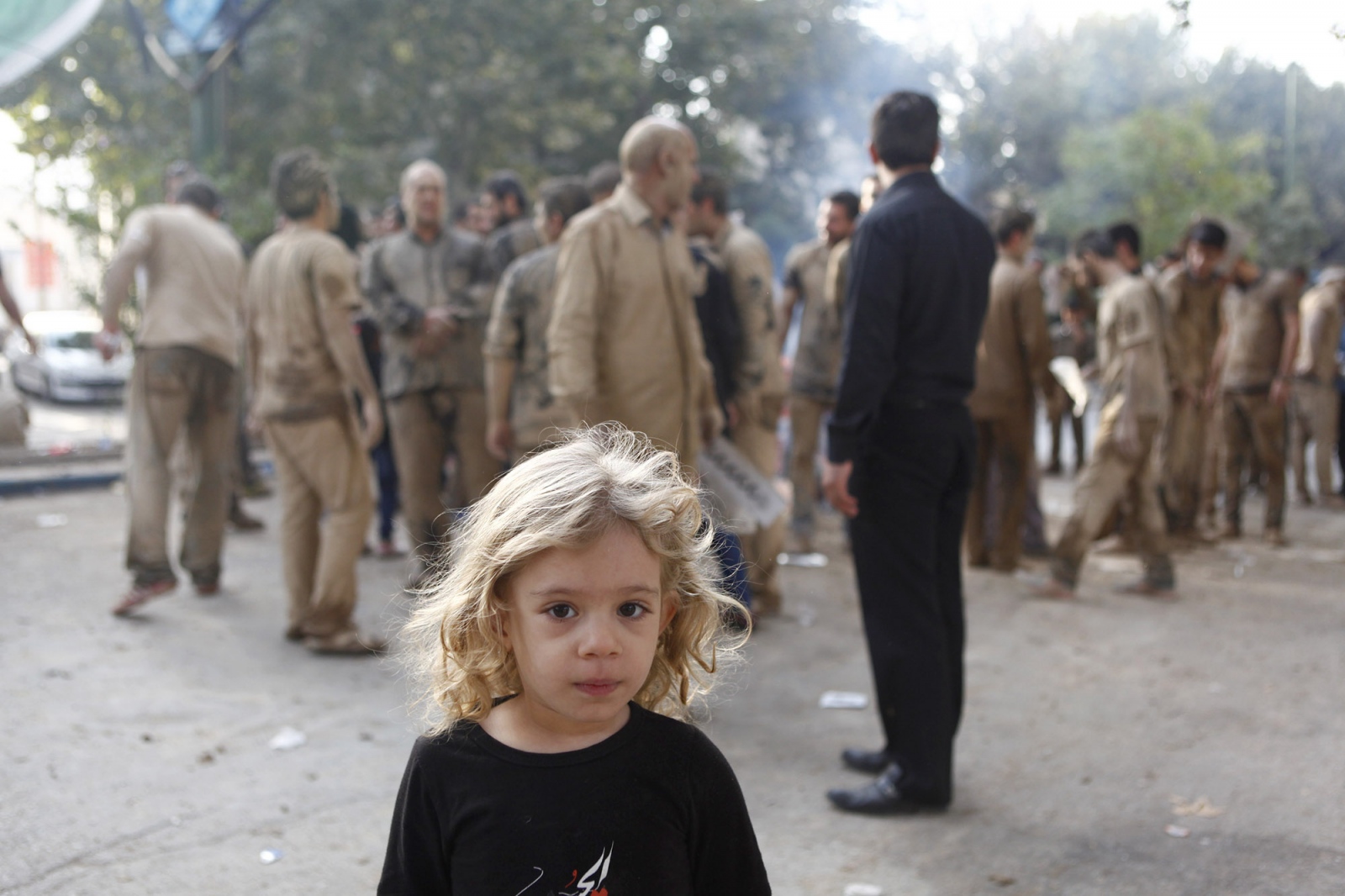 2 of 18 © 2022 Sarah Jabbari
a little girl has attended the festival with her family. 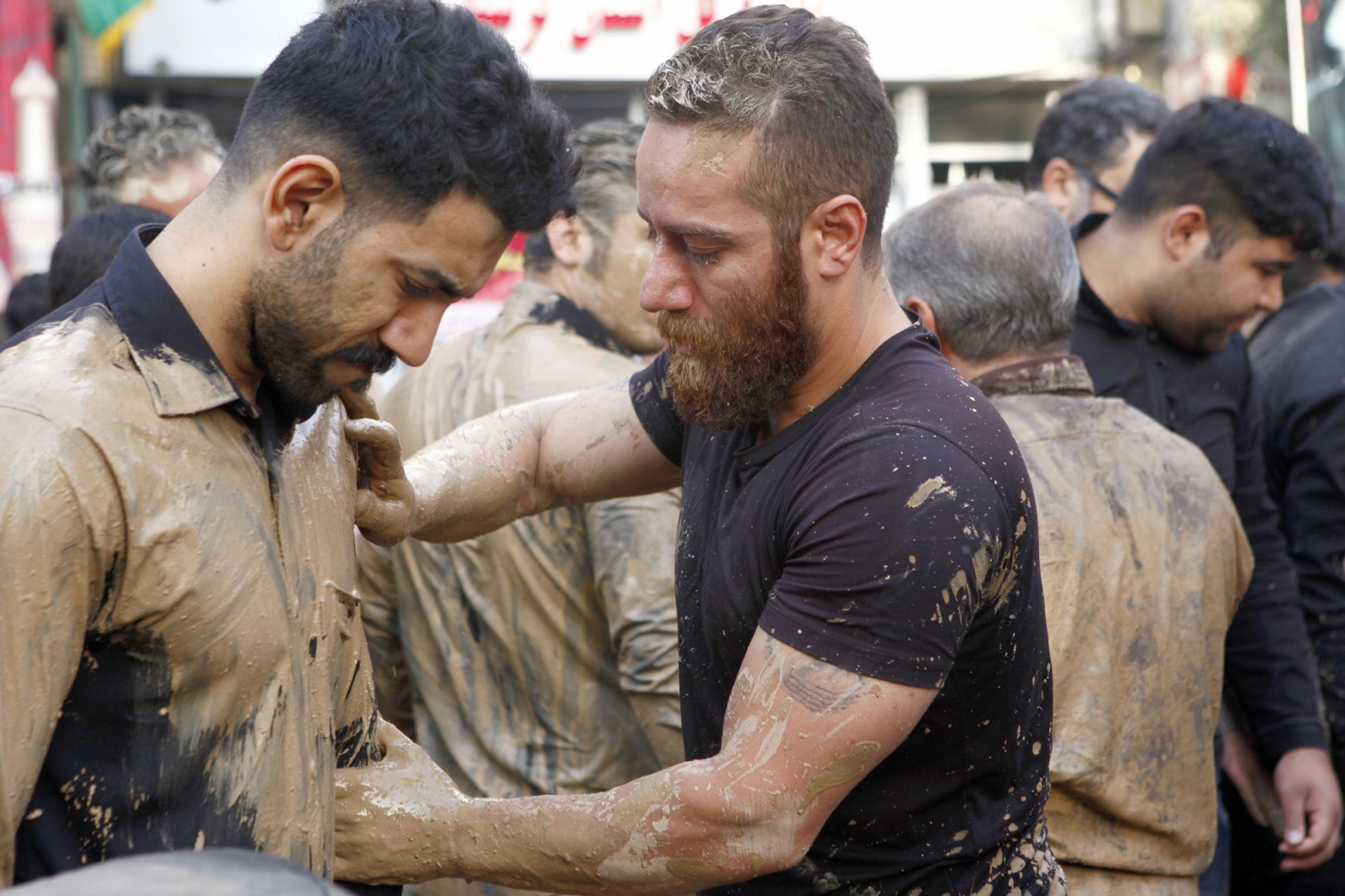 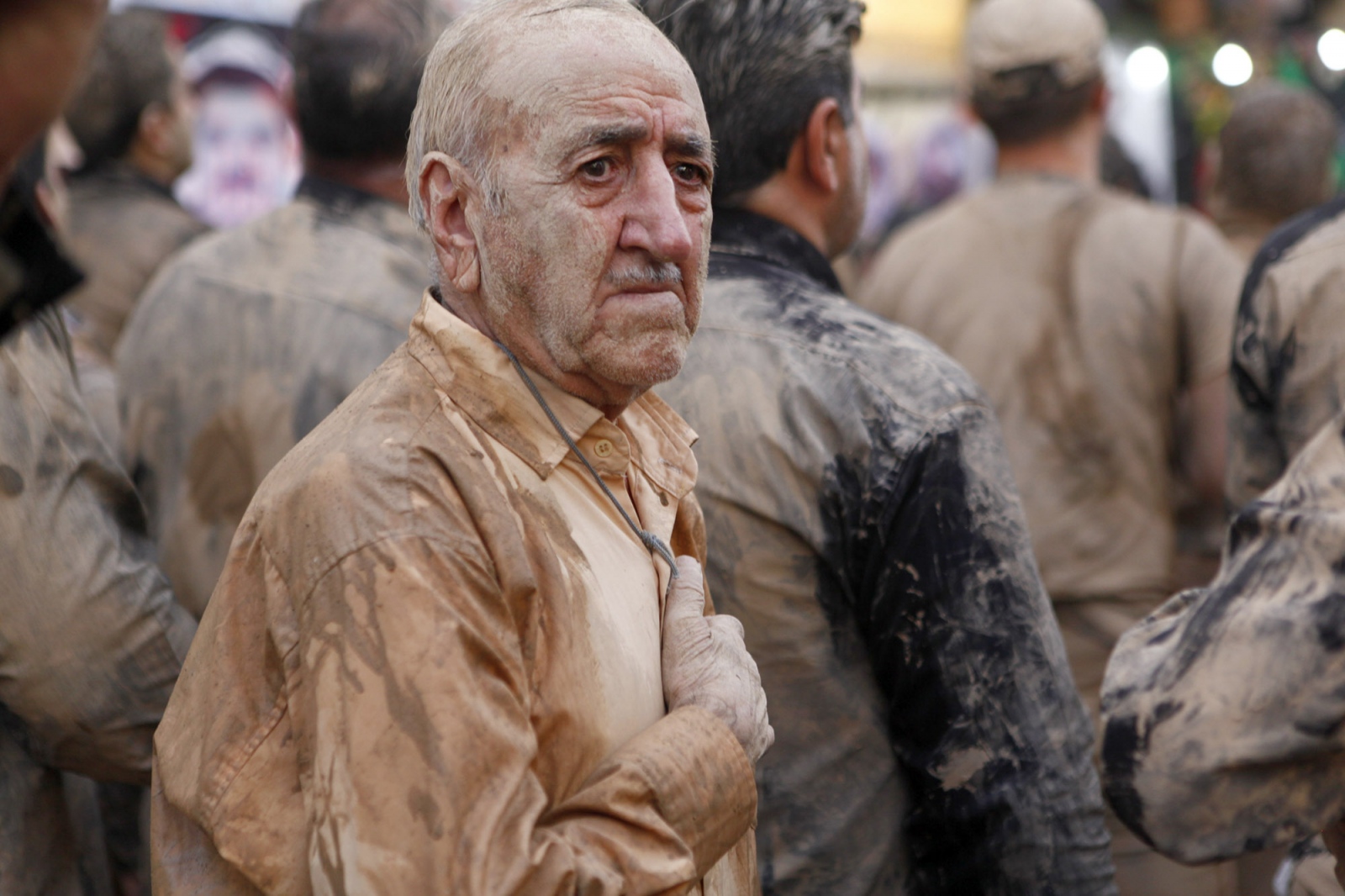 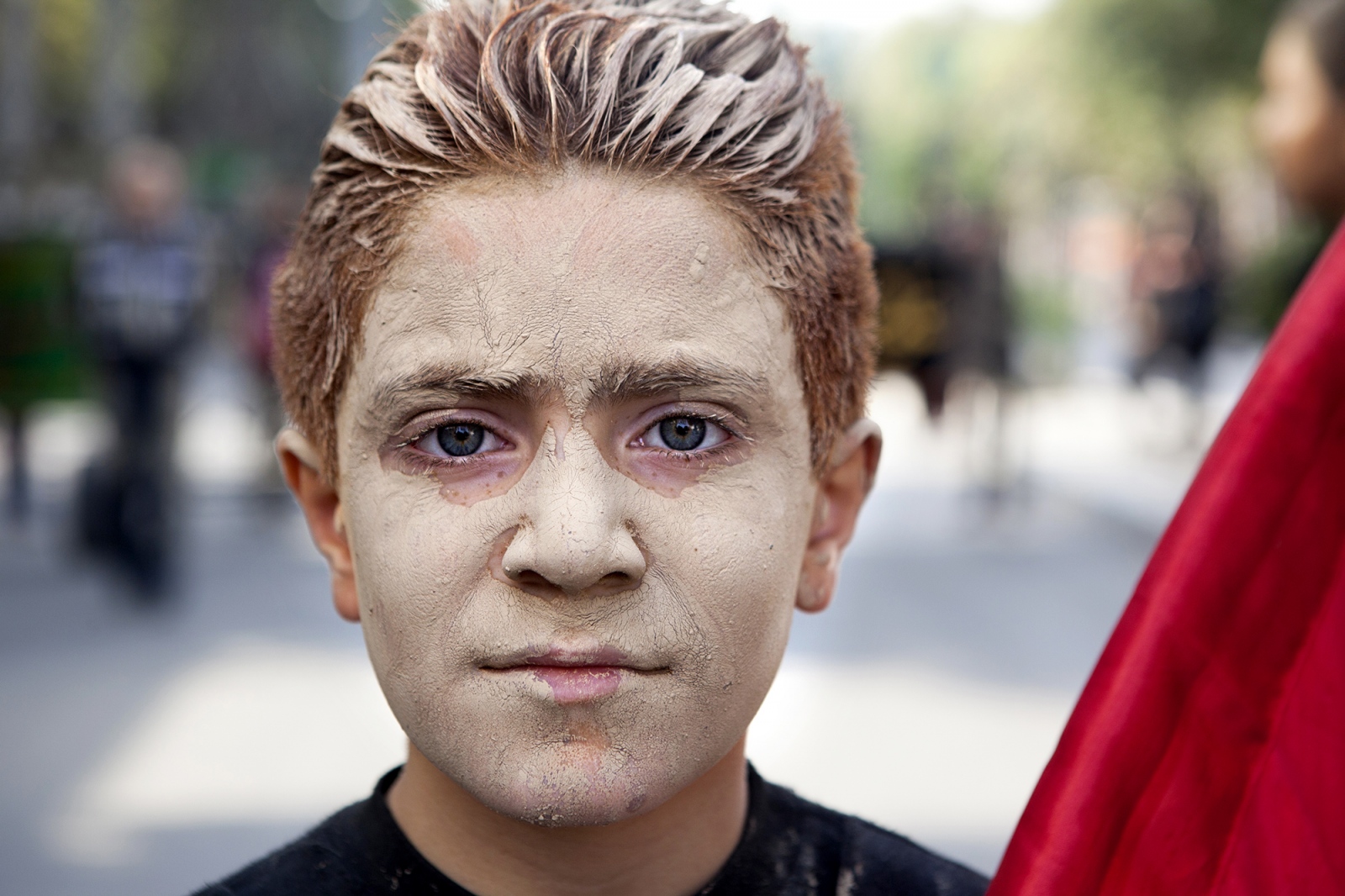 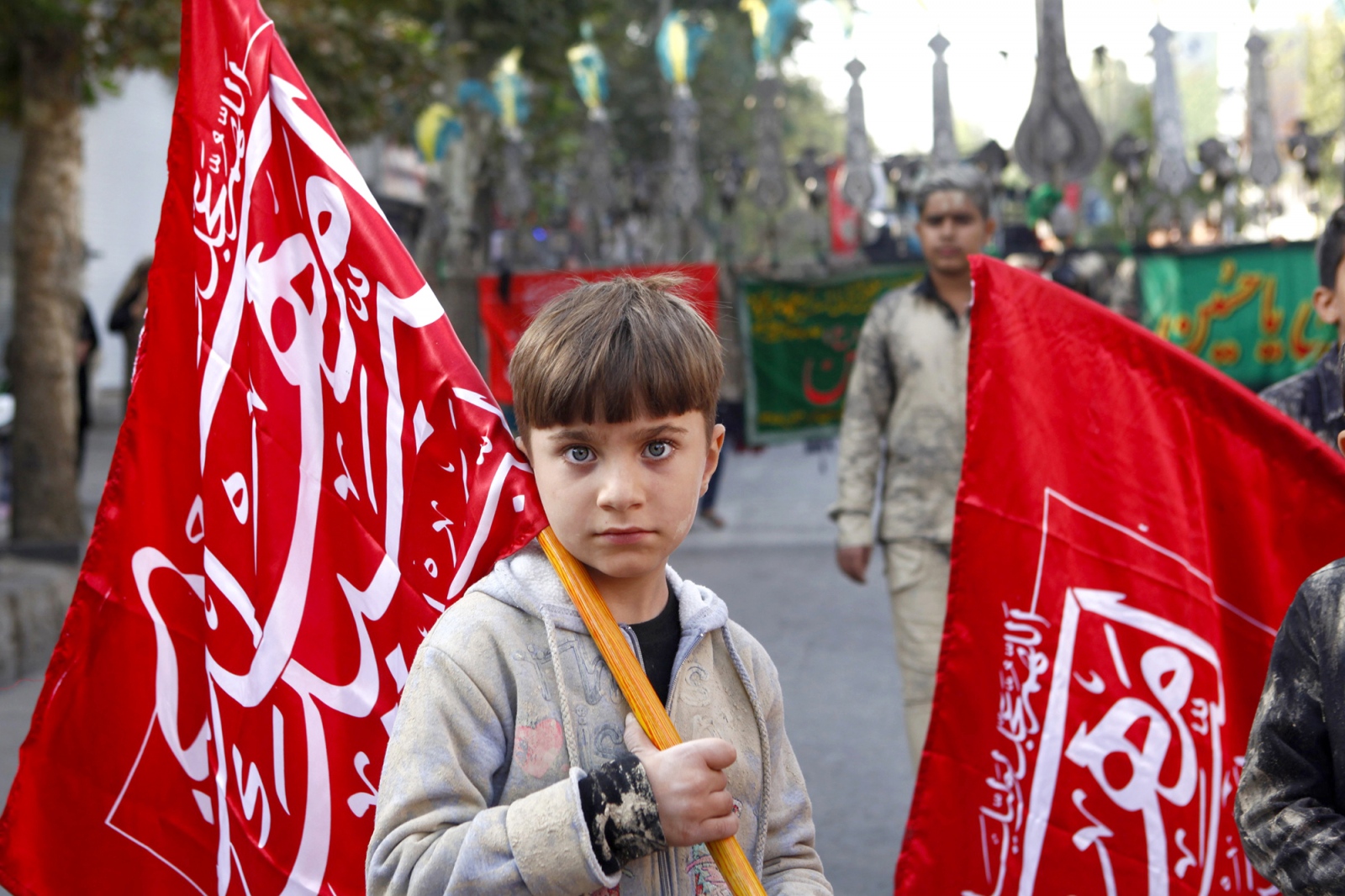 6 of 18 © 2022 Sarah Jabbari
the young boy carries the flag with the name of Imam Hussain and other charactersÂ of Ashra. 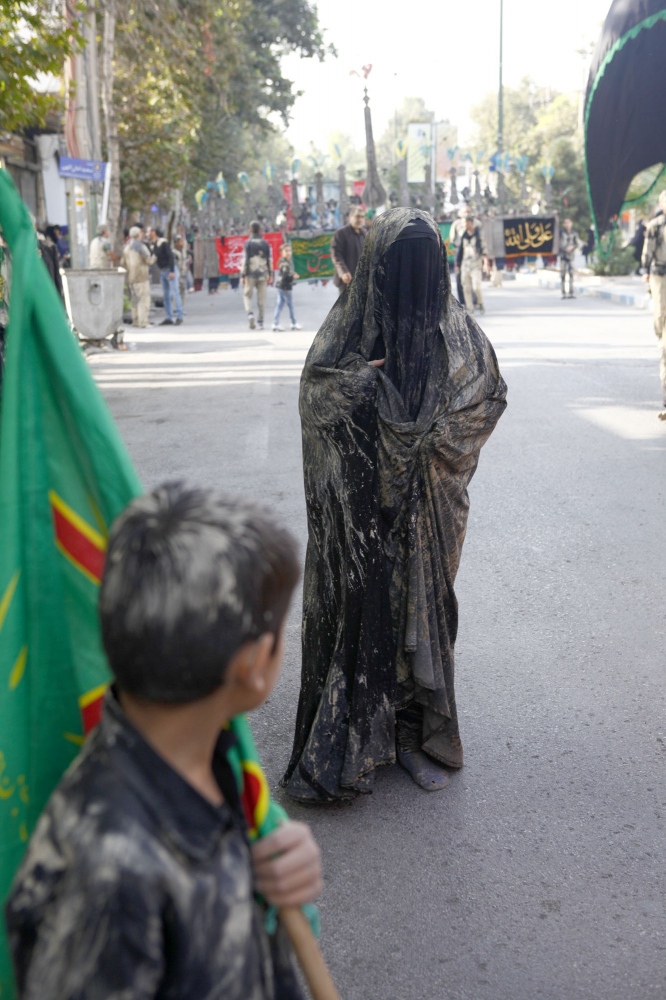 7 of 18 © 2022 Sarah Jabbari
a lady has made her appearanceÂ like Zeynab granddaughterÂ of the prophet of Islam and sister of Imam HussainÂ who had become arrestedÂ after Imam HussainÂ was killed. Zeynab is symbol of patience and resistanceÂ in Shia culture.Â Â 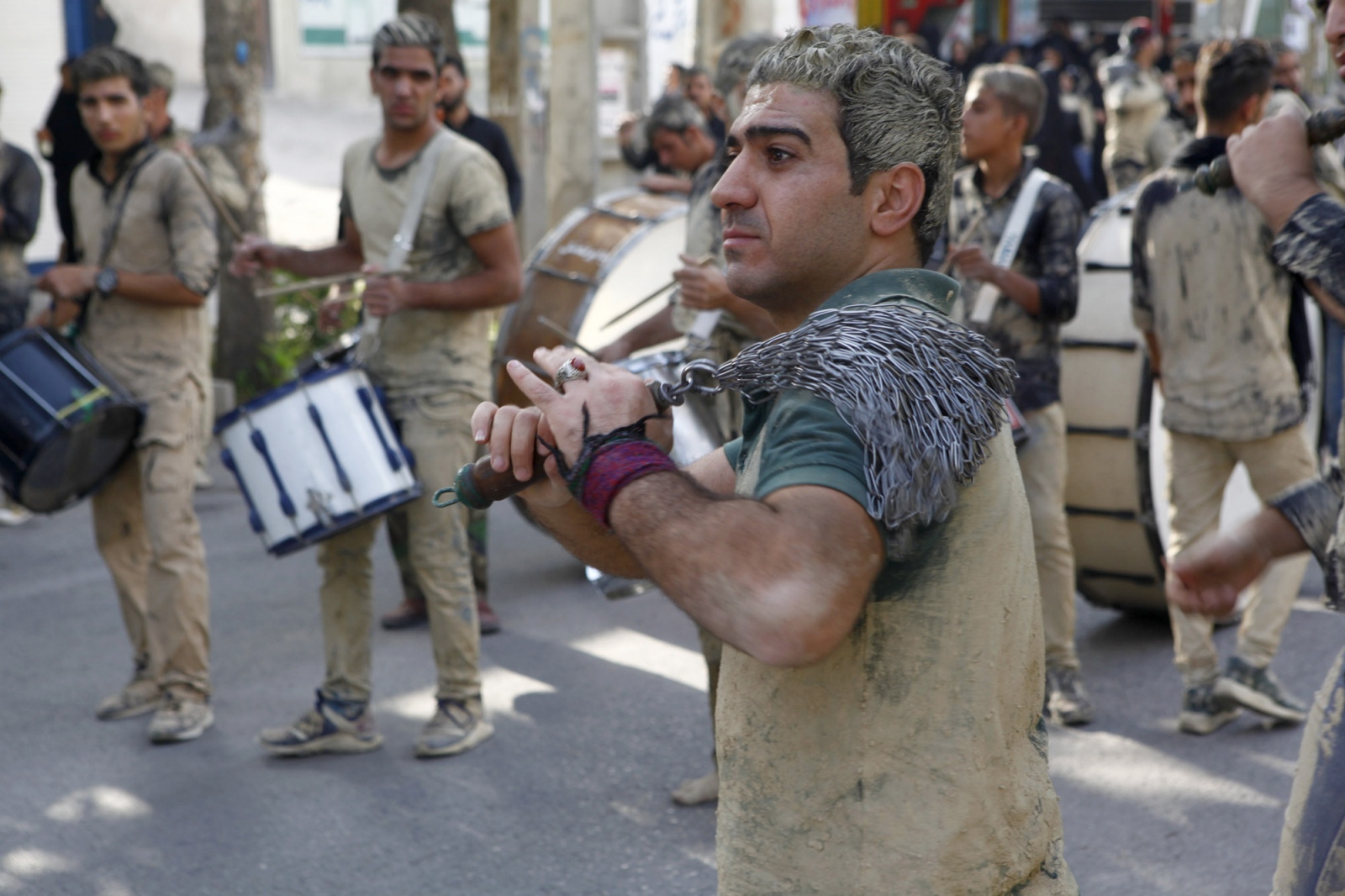 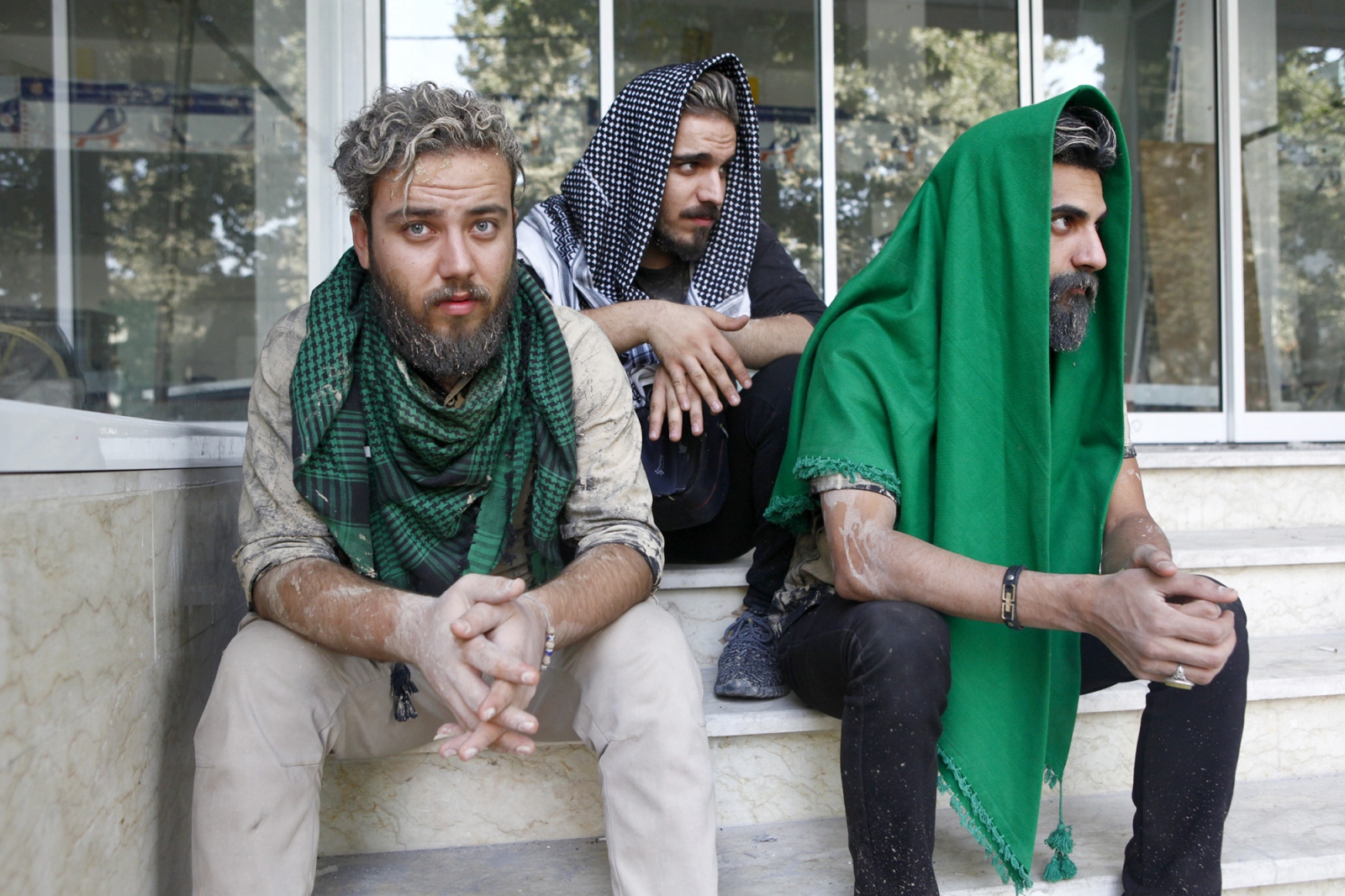 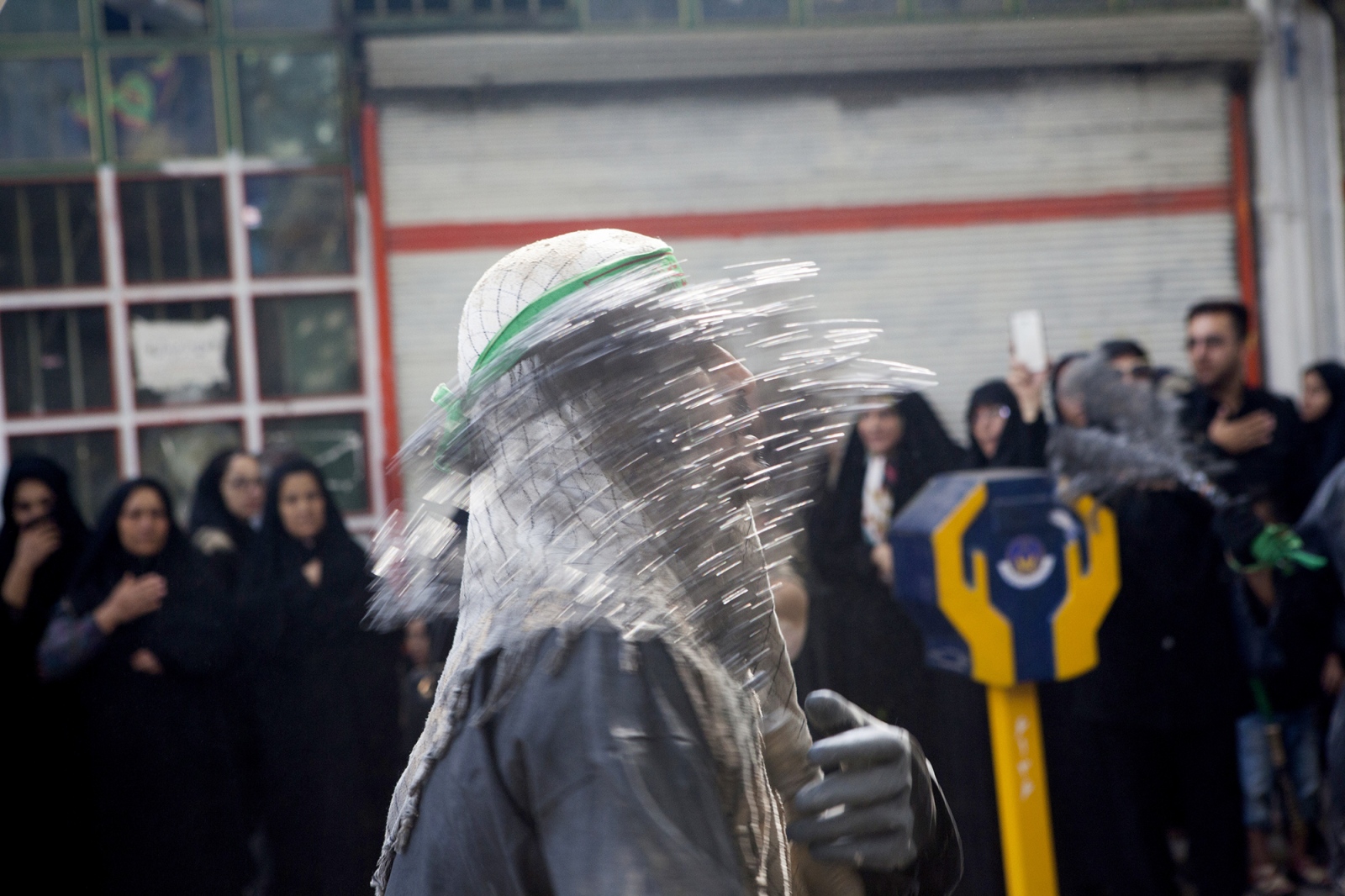 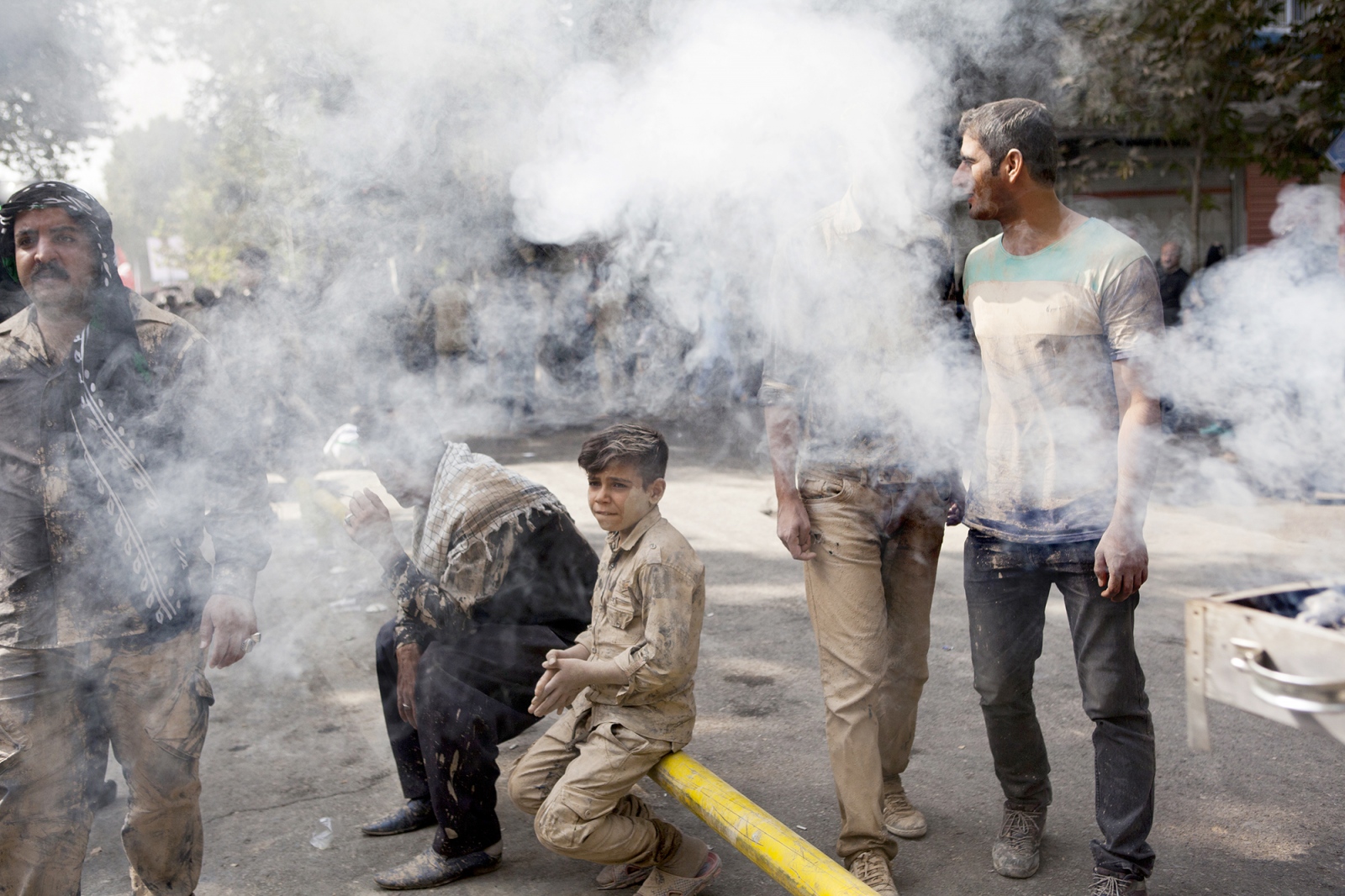 11 of 18 © 2022 Sarah Jabbari
a father smoking and resting during the grieving ceremony with his son. 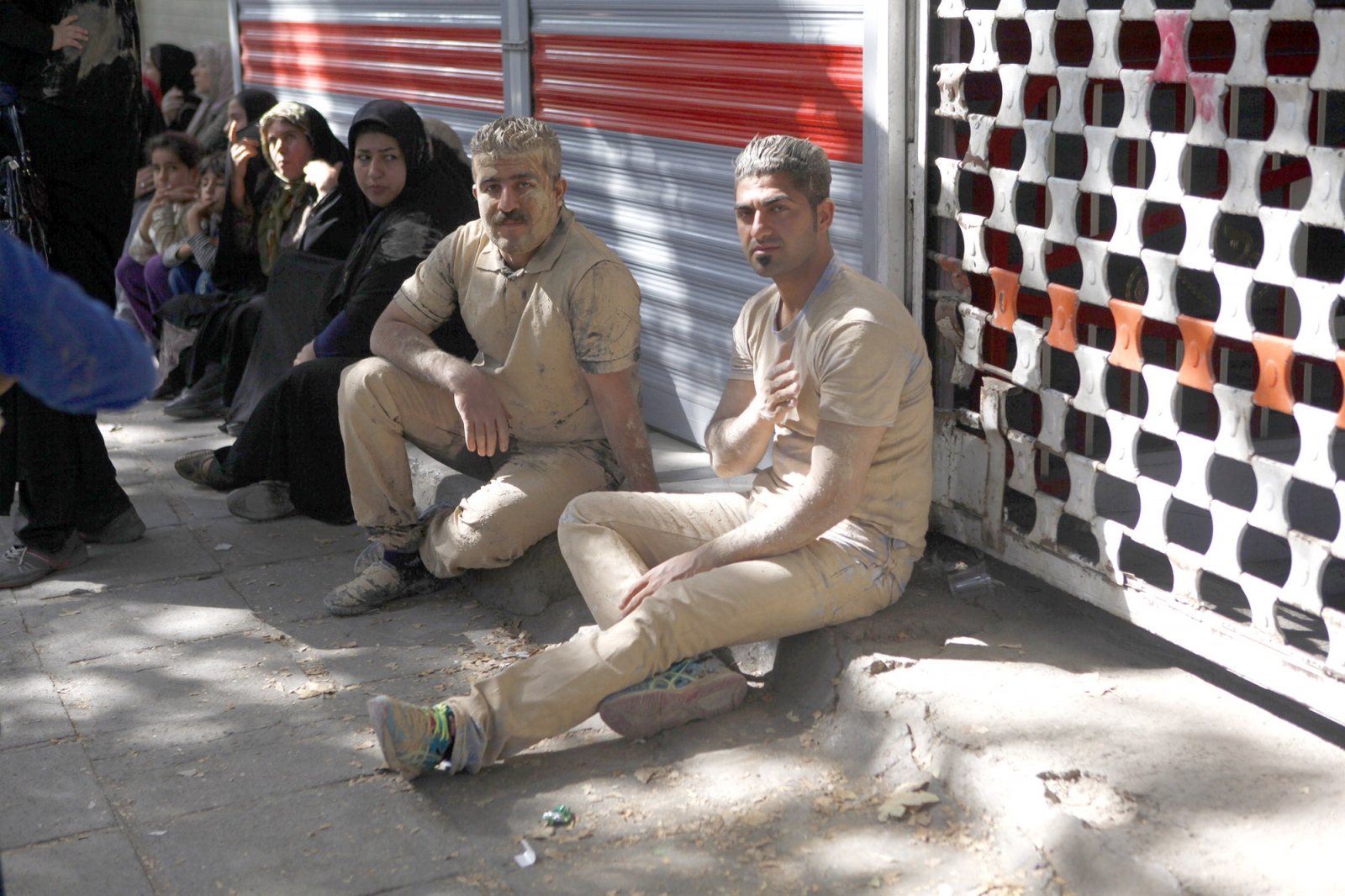 12 of 18 © 2022 Sarah Jabbari
some people tired after grieving for few hours, sitting in pedestrian, watchingÂ procession but still hitting on the chest for grievingÂ following the Maddah (someone who tells the story of Ashura with a sad singing). 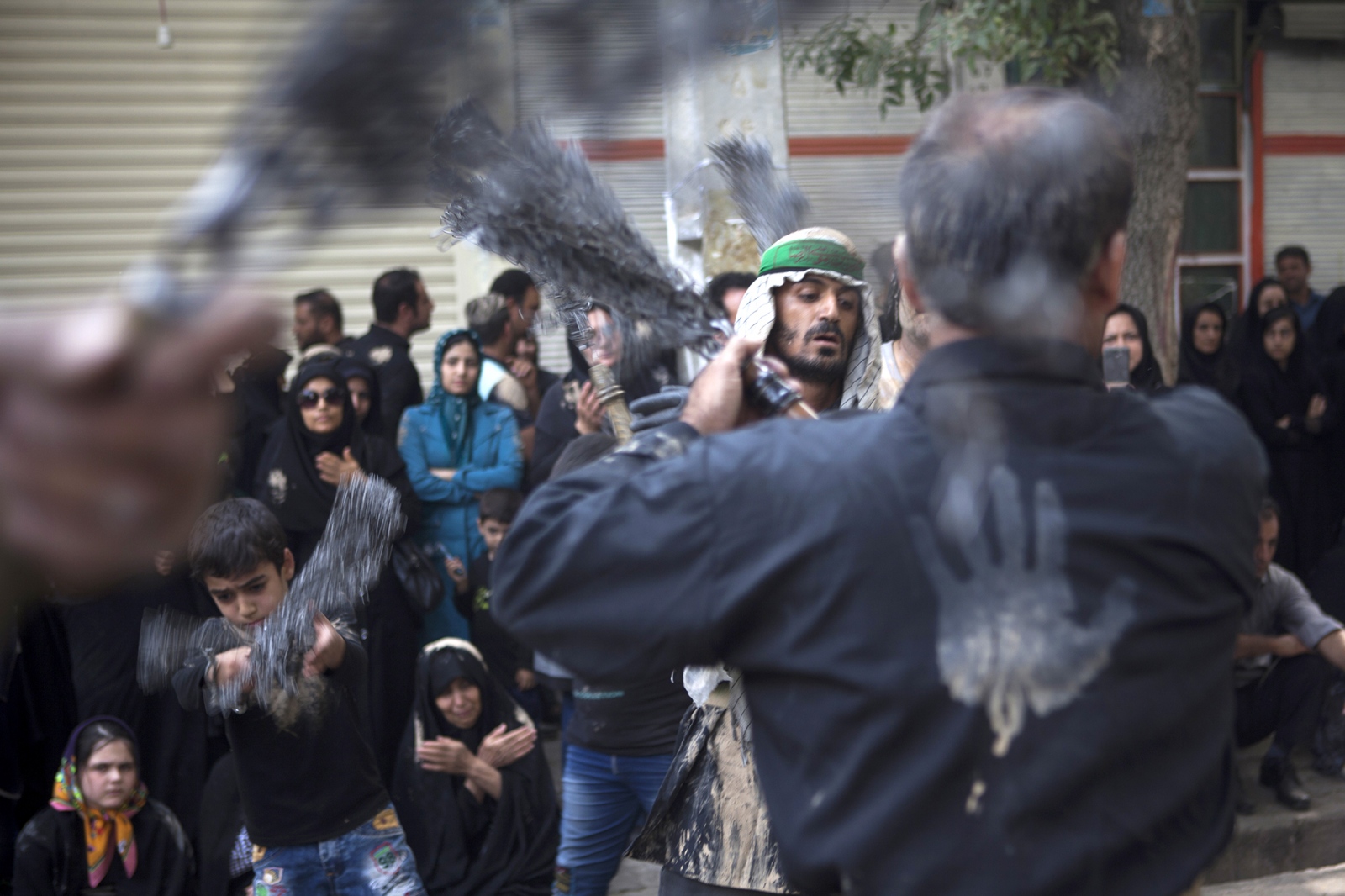 13 of 18 © 2022 Sarah Jabbari
men hitting themselves with chain and women watching them. 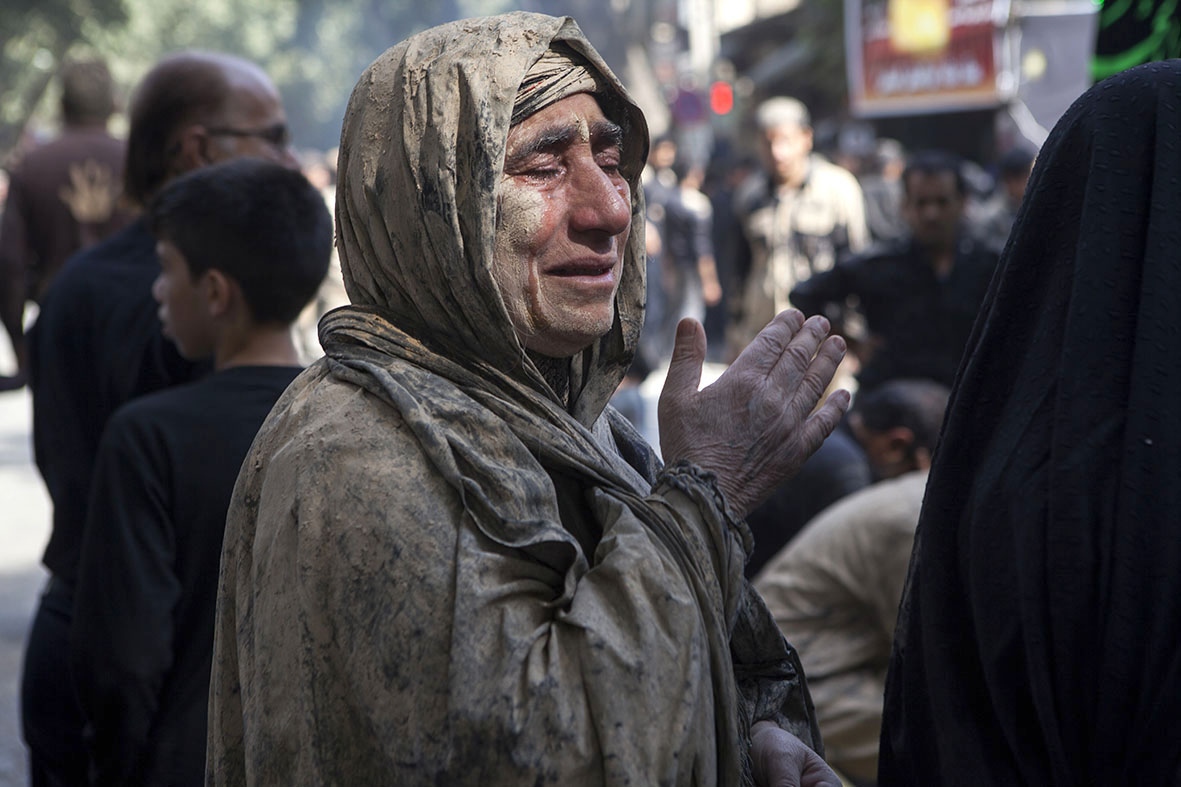 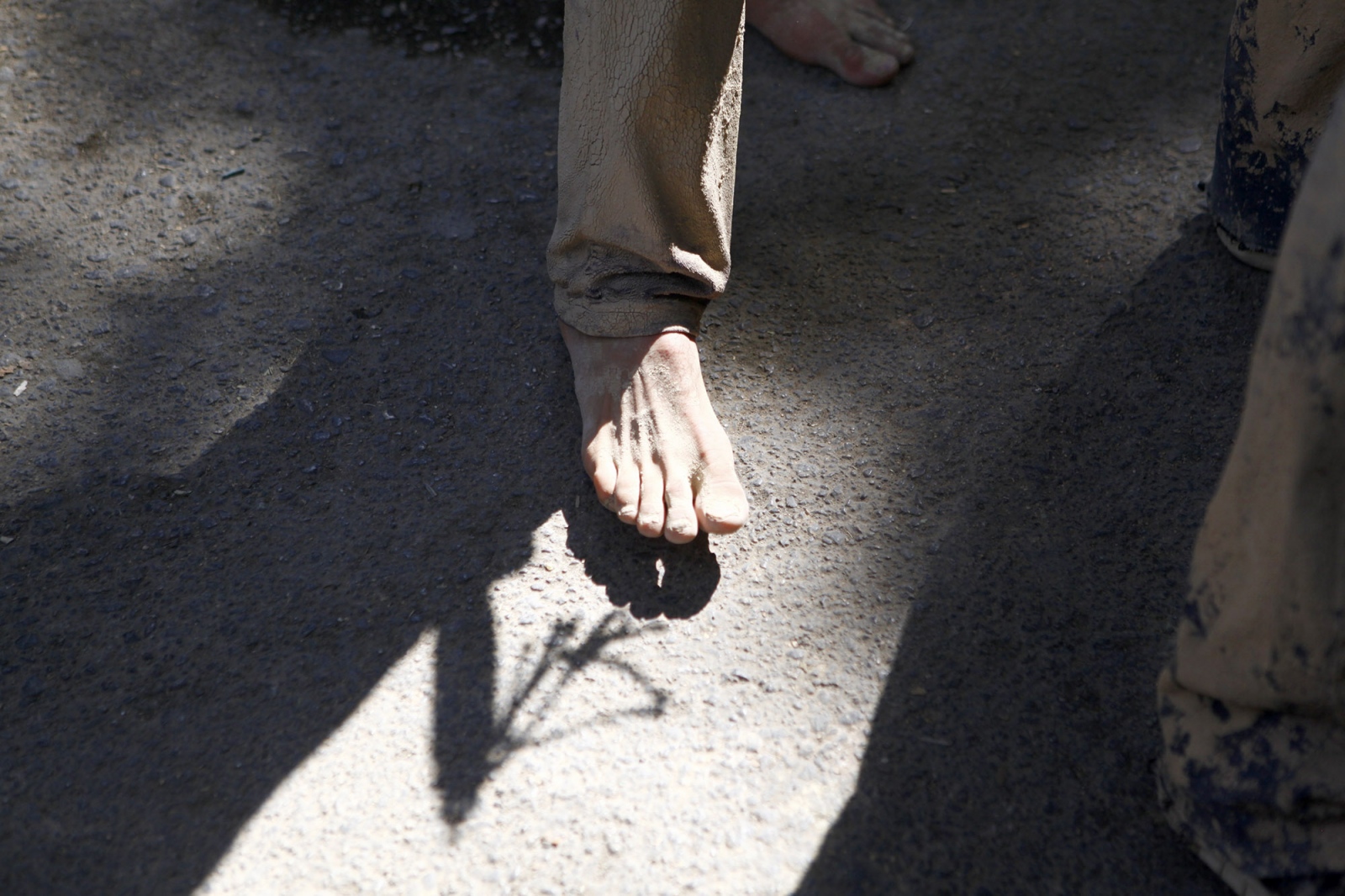 15 of 18 © 2022 Sarah Jabbari
some people attend the festival withoutÂ wearing shoes, for sympathy and understanding of the condition of Imam Hussain' family after being arrested while being sent to other cities without a shoe. 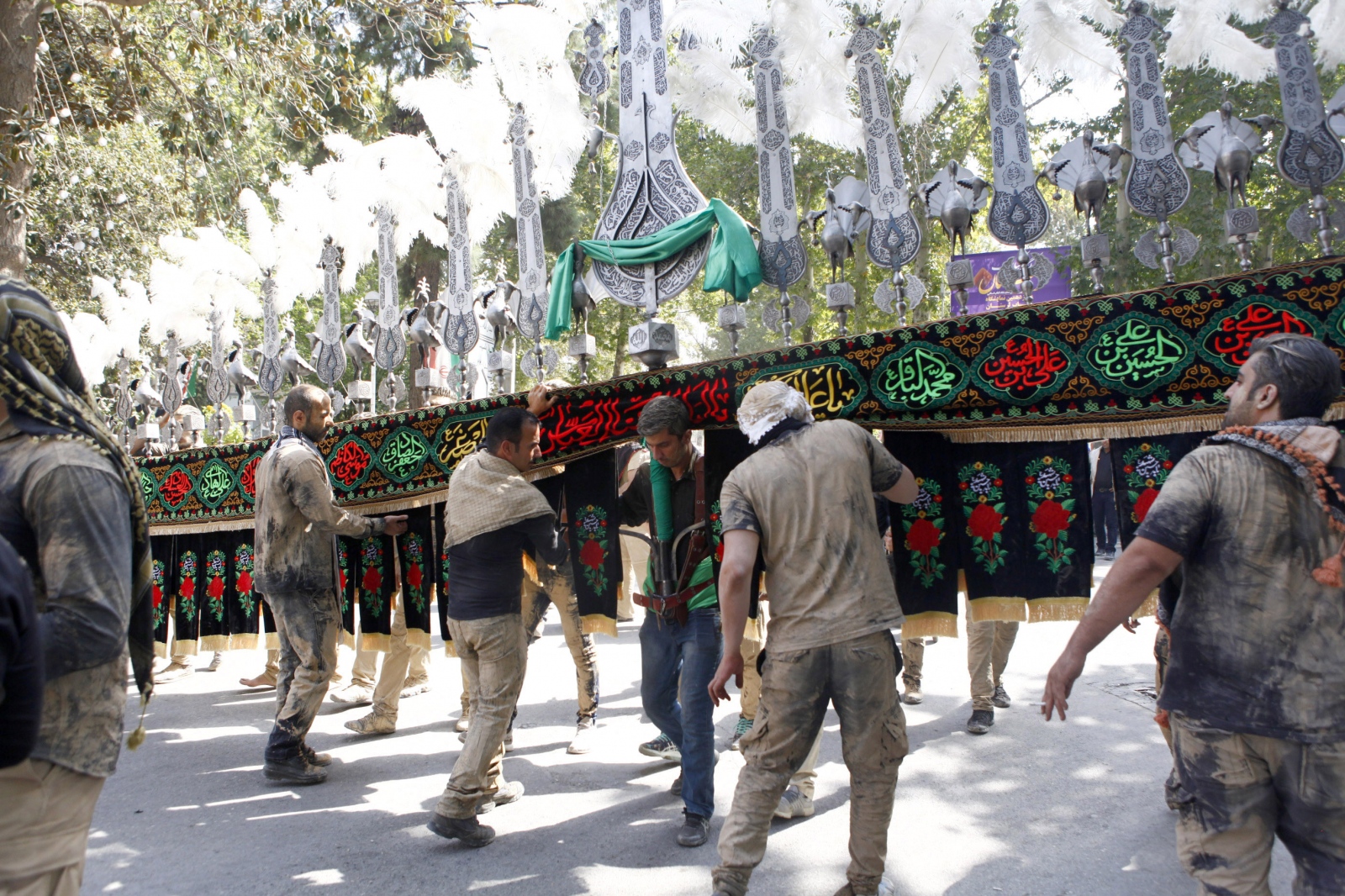 16 of 18 © 2022 Sarah Jabbari
ShiaÂ Muslims carry out anÂ Al'am procession on the day of Ashur, a symbolÂ for the flag of Imam Hussain army which was carried out by Abbas, brother of Imam Hussain. 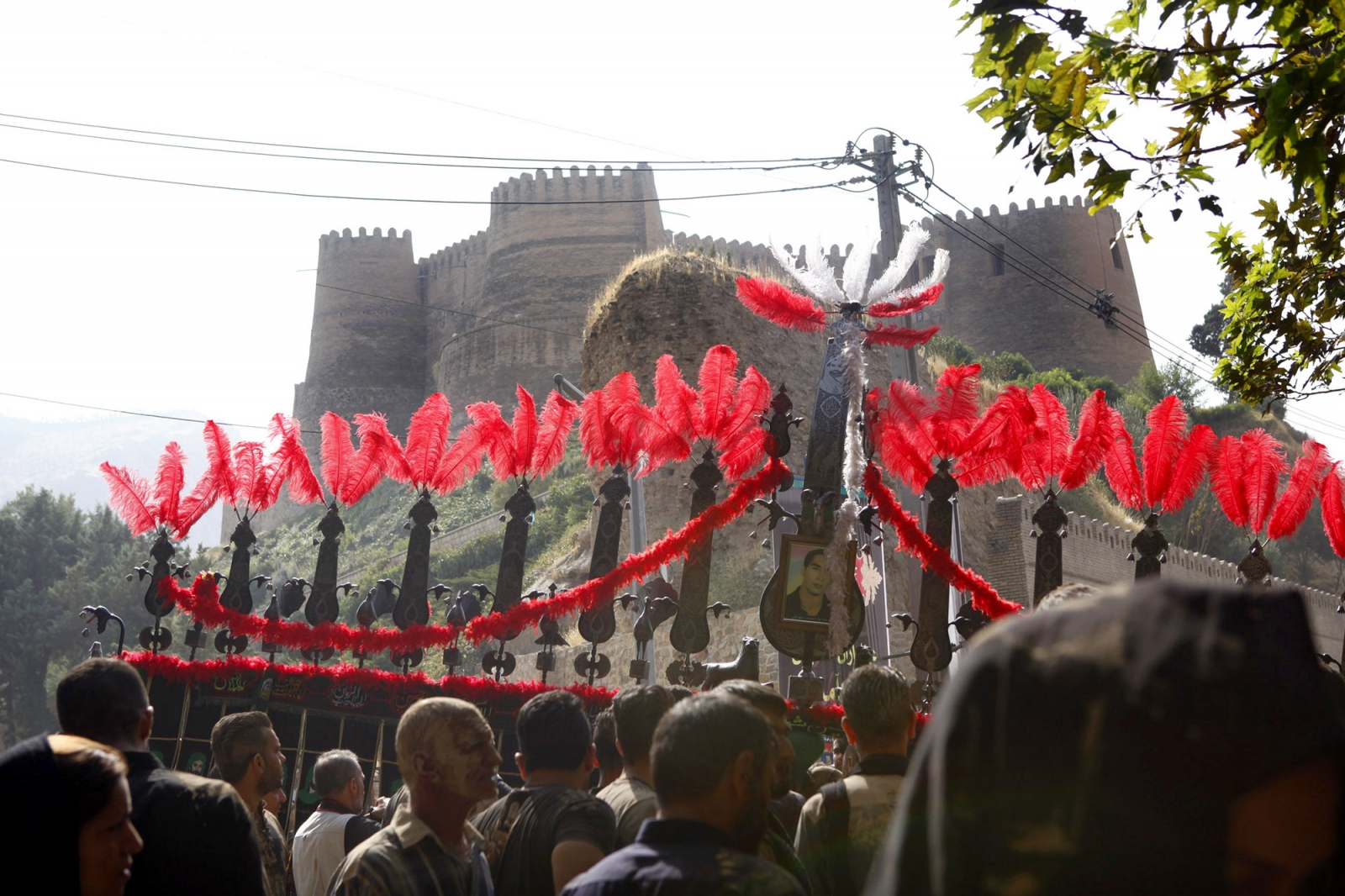 17 of 18 © 2022 Sarah Jabbari
procession passing by the Falak-ol-Aflak Castle, an important structure has left from Sassanid empire (224-651 AD) 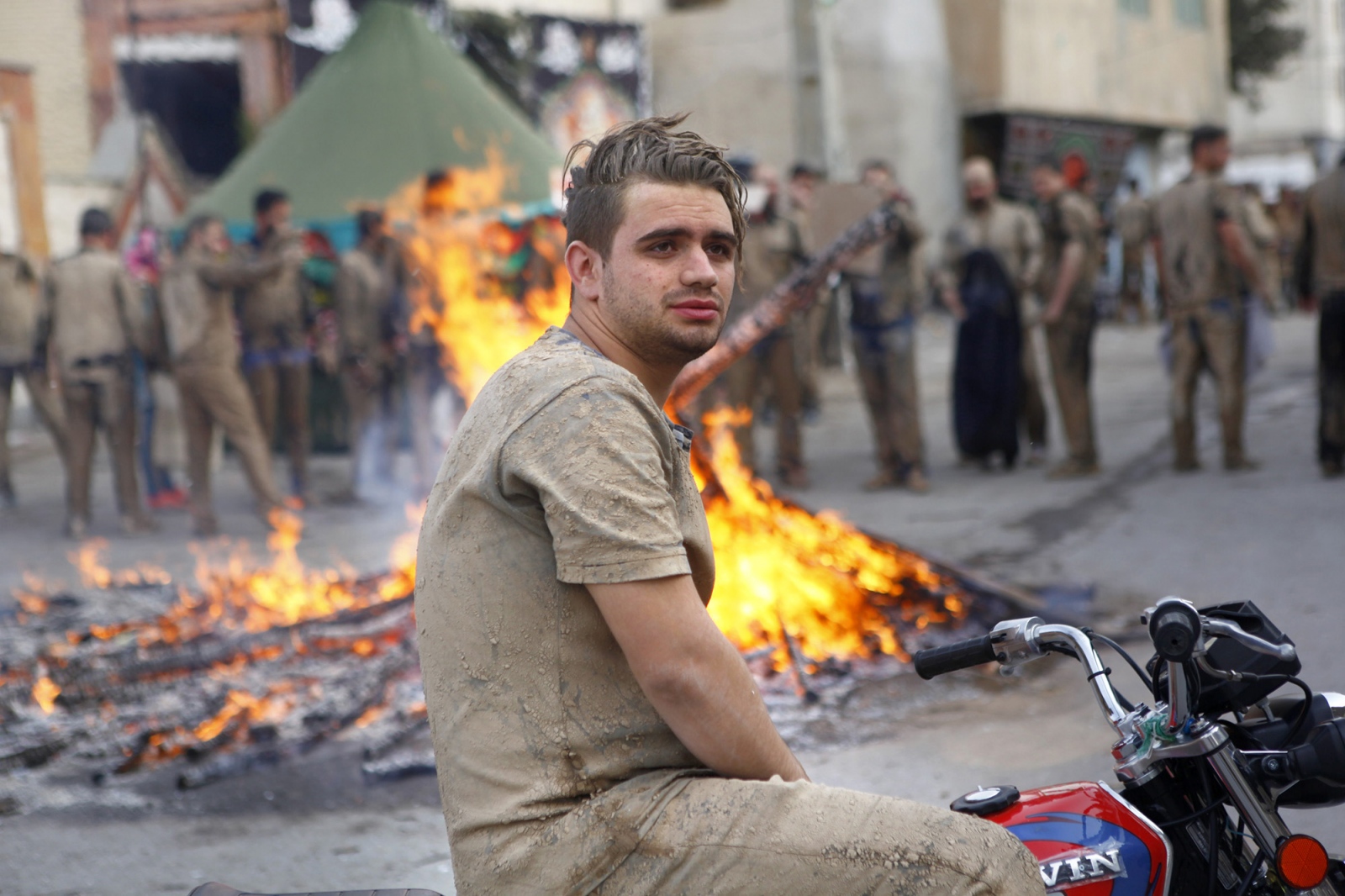 Muslims mark the martyrdom anniversary of Imam Hussein (AS), the grandson of Prophet Muhammad (PBUH), on Ashura, which is the 10th day of the lunar month of Muharram.

The forces of the tyrant caliph Yazid also killed the 72 relatives and companions of Imam Hussein (AH) in Karbala, Iraq, for not giving their oath of allegiance.
In recent decades, people in different regions of Iran enact various events on Ashura.
The mourning ceremonies and rituals take many different forms and vary widely across the country and have become more elaborate over the years.

Lorestan's people hold ceremonies such as performing sad music with Chamari (a traditional musical instrument) and Gel-Mali (covering oneself with mud as a sign of mourning) during the first decade of Muharram.

As Muharram approaches, they set up tents and cover the mosques with black banners and clothes to commemorate the event.
Mourners beat their chests as a sign of grief and mourning. They wear black clothes and headbands bearing "Ya Hussein".
Lorestan's people cook Nazri (votive) with rice, cooking oil, flour, sugar, rosewater, and saffron, and distribute it among mourners.

The people of Khorramabad city mix clay with water and place it in major squares for people to apply it on their faces and clothes as a sign of mourning.
Some people collect dry wood and light fire so as to warm mourners who cover themselves with mud.
On the night of Ashura, they perform Sham-e Ghariban ceremony. They cover their heads, necks, and shoulders with special black turbans, and light candles to commemorate the event.