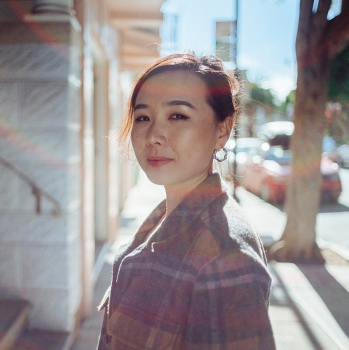 Photographer @ Self-employed / Based in Washington D.C.

Born in a small Hakka village, Rénhuá in China, Shuran is the daughter of a translator mother and an epidemiologist father. Over the years, she watched her father save lives from pandemics in countries that couldn’t provide medical care and her mother commit herself to connecting cultures through languages. Their community service helped Shuran understand the meaning of commitment, developing in her a passion for humanity and unity. Shuran has lived in mostly diverse yet disadvantaged communities in eight countries. She often confronted the reality of assimilating and adapting to new communities, developing in her a dedication to elevating and empowering communities through visual storytelling.

Shuran is a proud member of the National Press Photographers Association (NPPA), Asian American Journalist Association (AAJA), Women Photojournalists of Washington (WPOW), Diversify Photo, and Authority Collective. Shuran earned her master’s degree in photography from the S.I. Newhouse School of Public Communications at Syracuse University. She studied and graduated from Hong Kong Baptist University with a Bachelor of Arts degree in international journalism.

Shuran is a recipient of the 2022 IWMFs Gwen Ifill Fellowship and was selected as one of the 24 mentees around the globe for the 2021 Women Photograph Mentorship Class. She received multiple awards, including American Photography 28, Photo District News’ Faces Portrait Photography Contest, Magenta Foundation’s Flash Forward Competition, etc. She was also the alumna of the 2019 New York Portfolio Review and the 2019 Dow Jones News Fund Digital Media Program.