Photojournalist
meghanasastry.visura.co
Hulimavu Floods
Follow Hire
Profile
Stories (33)
News (4)
Location: Bangalore, India
Nationality: Indian
Biography: Meghana Sastry is a photojournalist from Bangalore, the silicon valley of India . She holds a Post Graduate Diploma in Mass Communication. With a passion for storytelling,  she is a well known for her tenacity and photo stories coupled with... read on
Focus: Photographer, Photojournalist, Journalist, Writer, Multimedia, News, Journalist Investigative
Covering: Asia, Latin America,
Skills: Photojournalism
After The Flood - Reliving the Horrors of that day
24th November a date that still haunts the citizens of Krishna Layout which is at the mouth of the Hulimavu lake. A week after the lake breached, Yashaswini a 21 year old and her family narrate their story like it just happened yesterday. They have a vivid memory of the events which stay with them forever.

While she was getting ready for work like any normal day, she heard that there’s a small leak in the bund. When she went to check the status,she noticed that it was only at knee level and said to herself that it’s not a big deal and felt the gutters should take care of it. On this thought, she left for work which is at a petrol bunk near home. While at work, one man rushed into the petrol bunk asking for petrol and talking about the flood and it then struck her that her house is right there. She then rushed back to find that the water level had risen from her knees to her chest and the entire neighbourhood was soon flooded. Supremely scared, she and her sister held hands, walked home and went straight for their documents which were right at the bottom and of utmost importance followed by the rest. Soon they received helped from their relatives. They started the process of getting rid of the water which went on for at least 2 days but the entire cleaning process has taken a week. She says we have only finished the basic cleaning, there's still a long way to go. No food or water reached them until 6:00PM.

All clothes, electronics, grocery and documents were submerged in the flood. They tried washing their clothes, drying their groceries such as rice, lentils, millets and more which they eventually discarded as no amount of washing and drying took the smell out. It smells like sewage how can we consume any of it or wear the same clothes. The house still smells. She hasn’t gone to work for a week and says that the house has somewhat been restored to normalcy in terms of functioning and she will be returning to work today. All their electronics such as washing machine, mixer, iron box etc cannot be revived and they have no clue how to afford new ones as the compensation of fifty thousand is a very paltry sum to make up for their loss. With a very heavy heart she says that all her documents such as marks sheets, license, voters ID which she says is brand new, Aadhar card all got wet and all they could salvage is the Aadhar card and hoping she can still use it. She says I am a citizen of this country and the city but I feel like I have nothing to prove it. They hope that they will receive more relief and help on this front and be able to resume life like it was before the floods.

While the water was being cleared. A lot of snakes and fish were reported by the residents which were rescued and later left into the wild. A little away from Krishna layout, around nano hospital a lot of buildings were flooded. Businesses suffered massive losses and lots of people lost their vehicles to these floods which due to the negligence of one BBMP official who broke the bund. People will take a long time to recover from these losses. 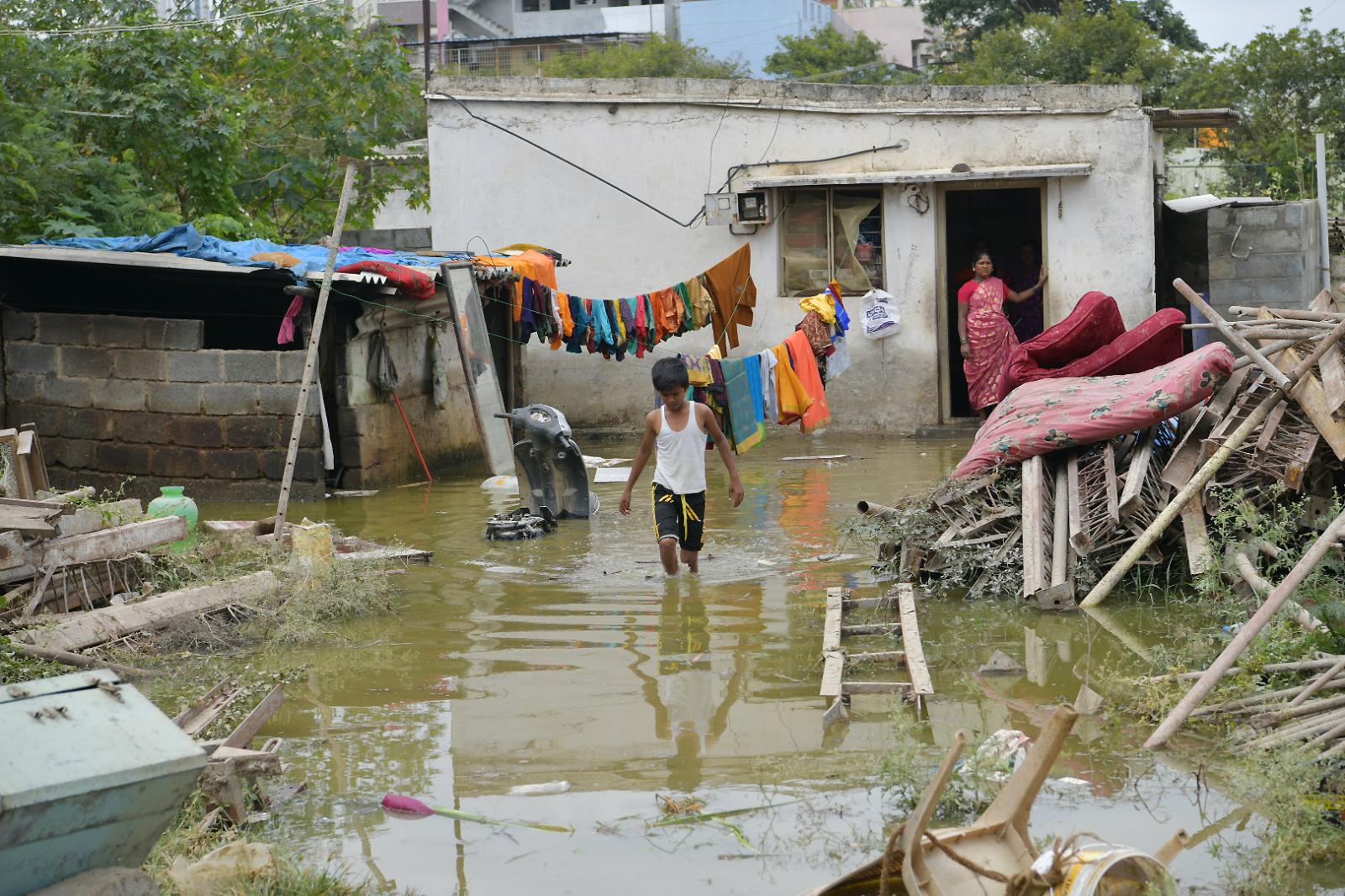 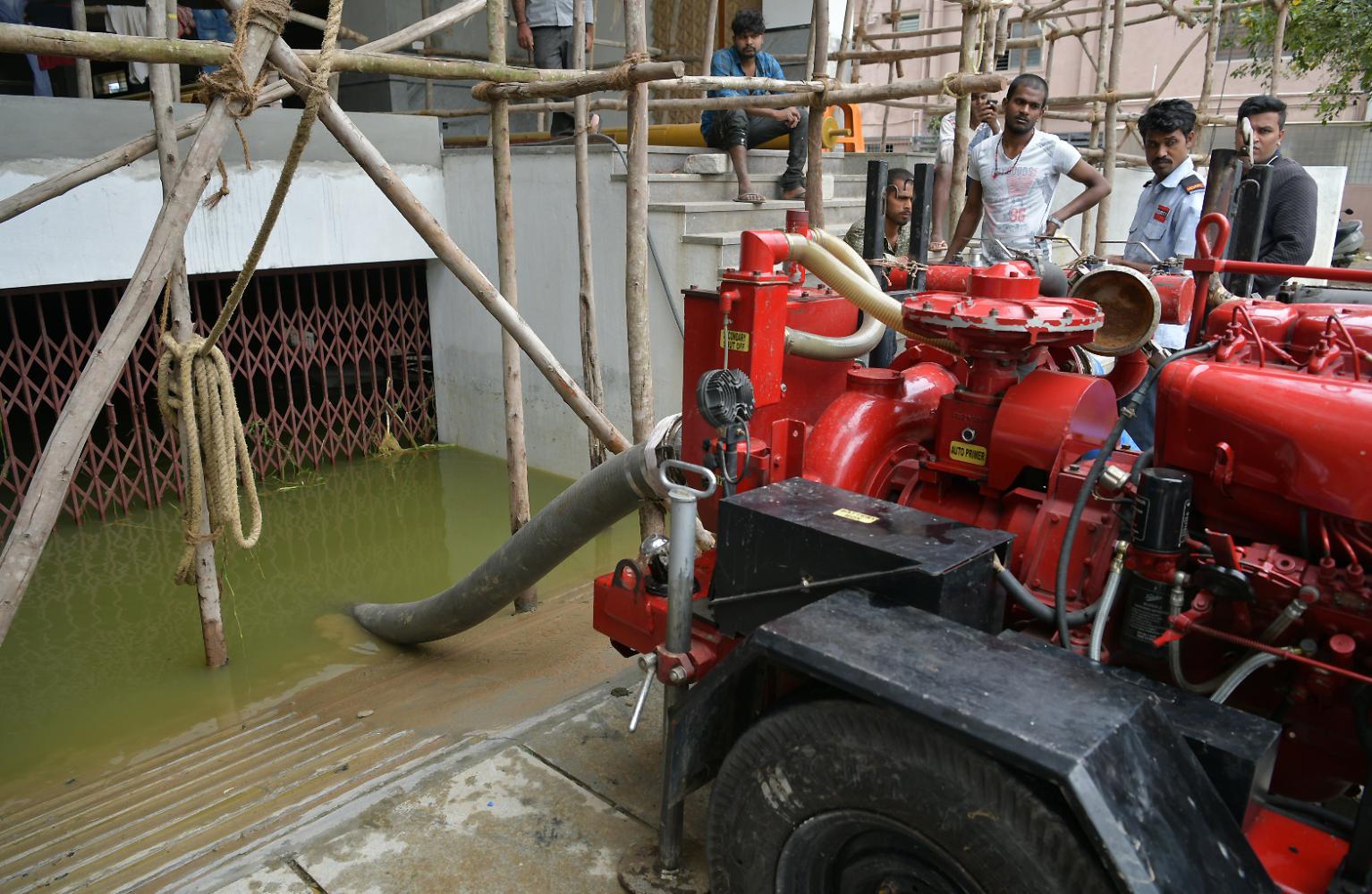 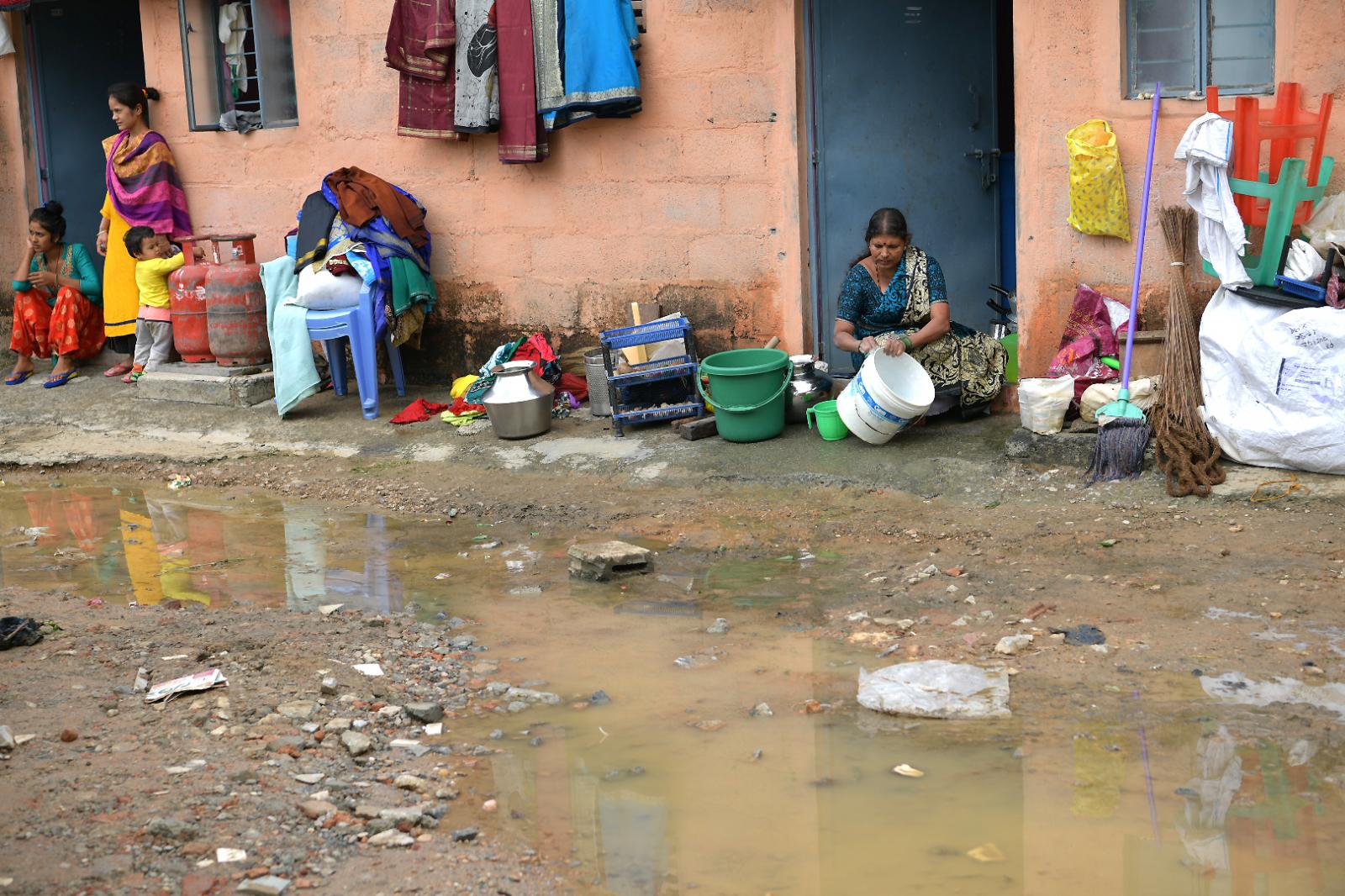 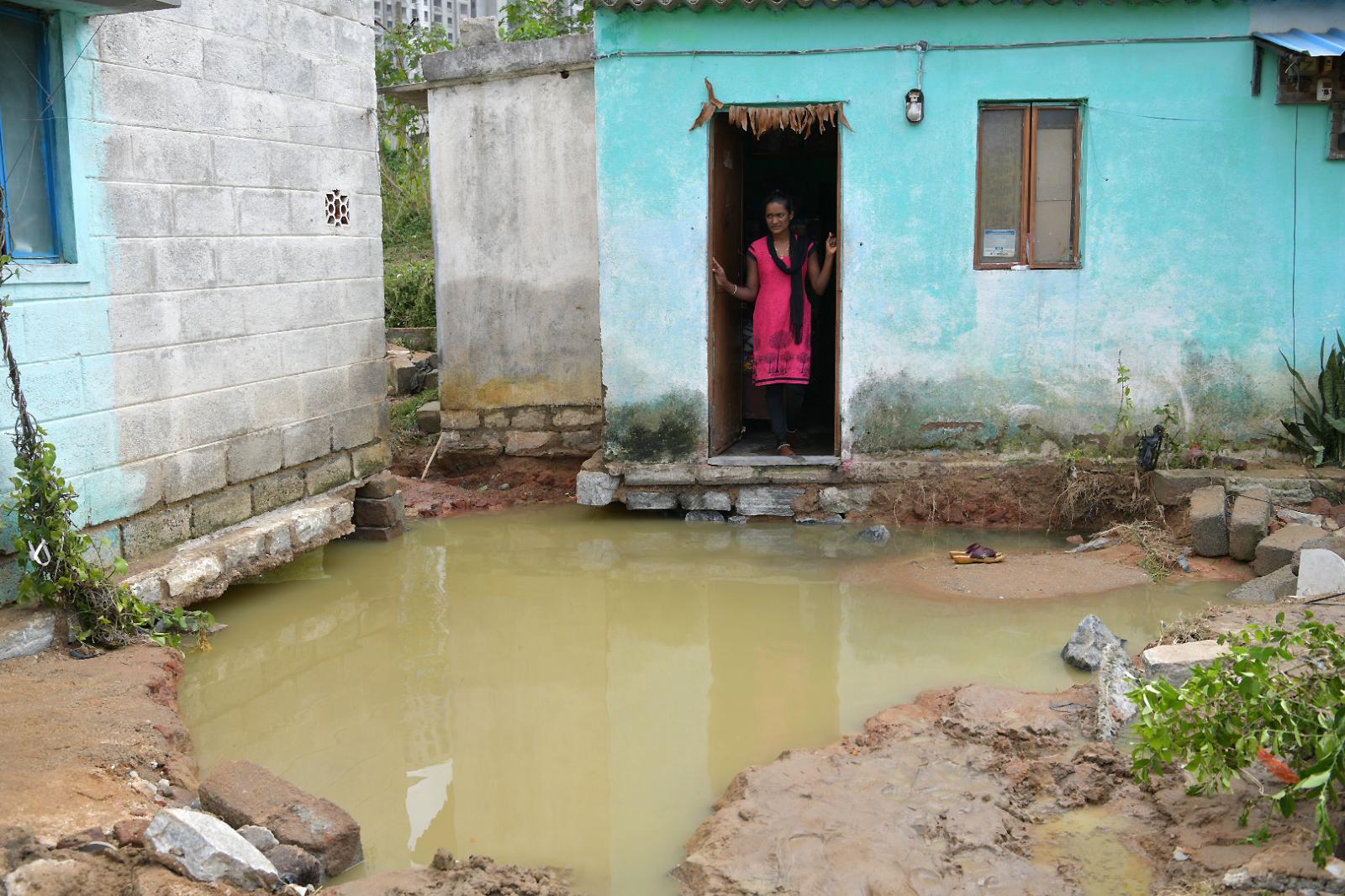 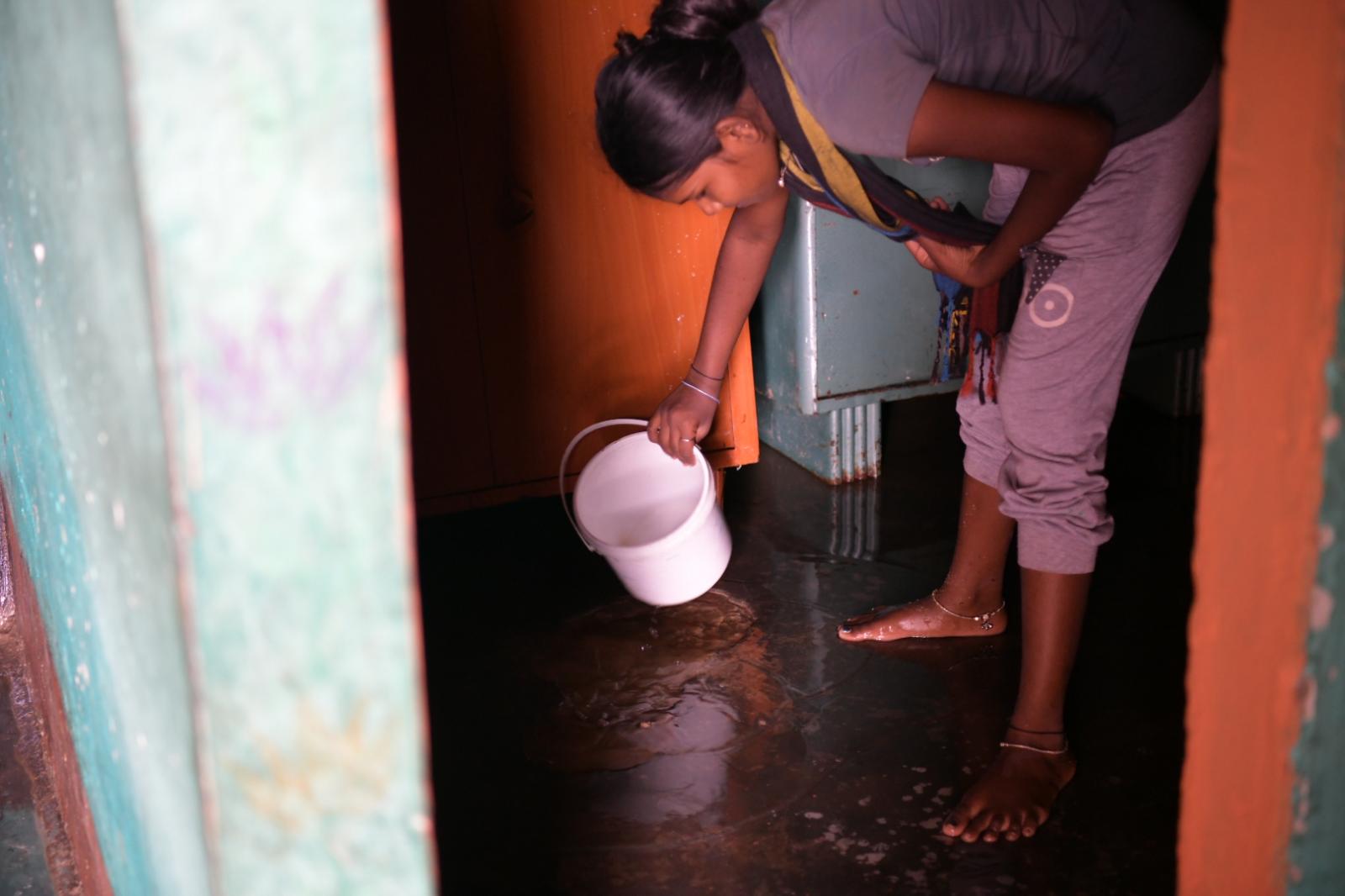 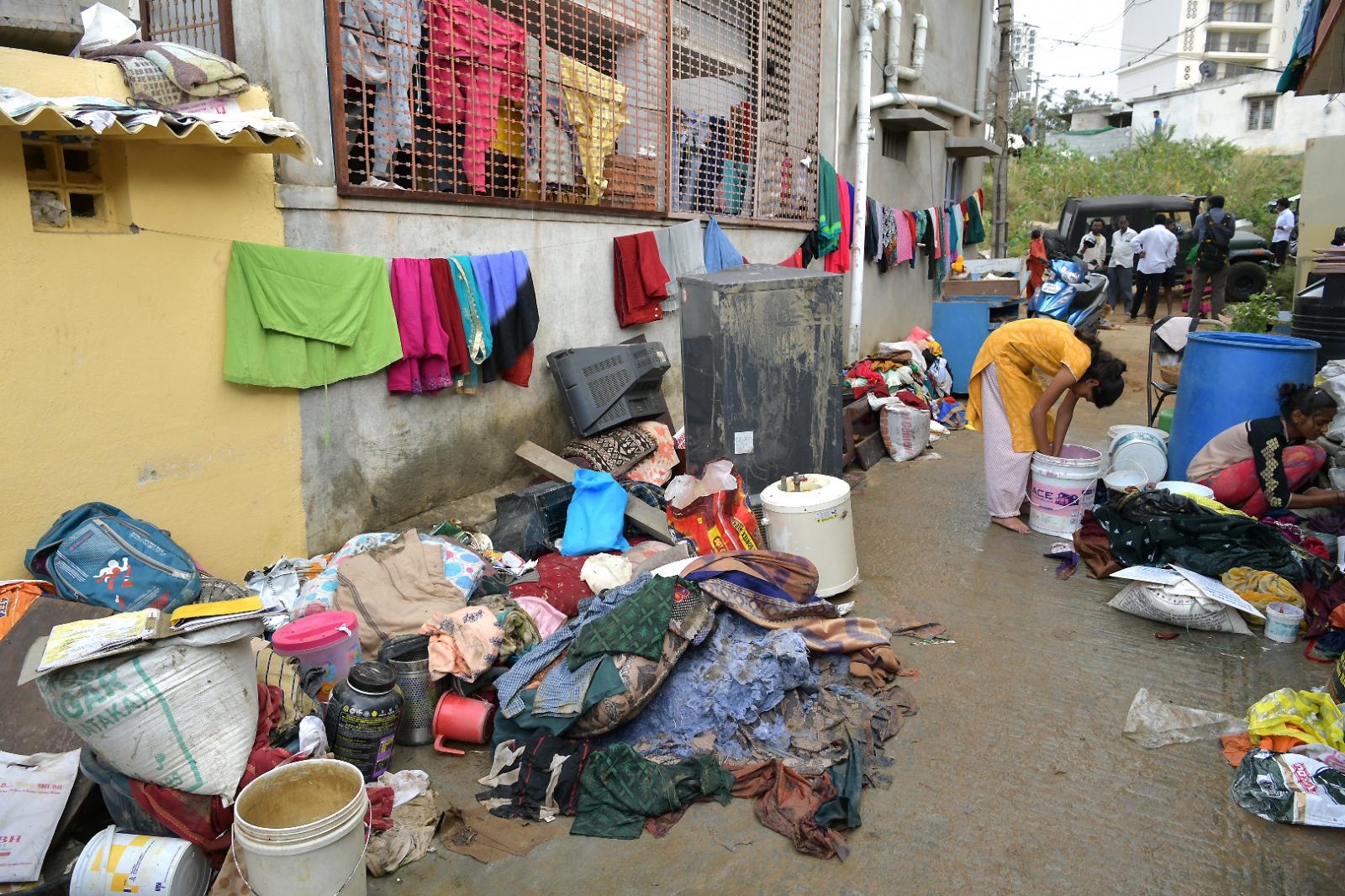 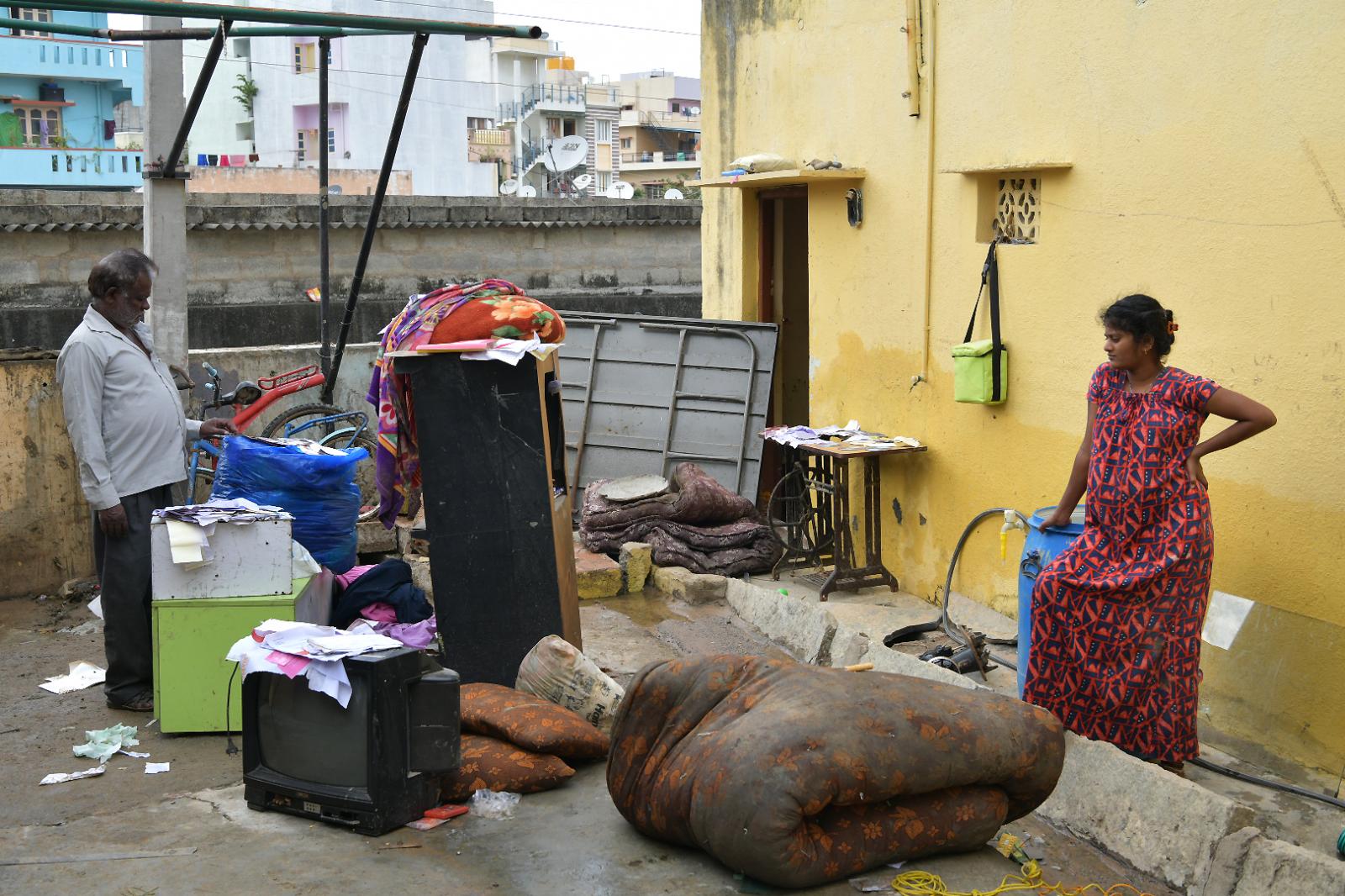 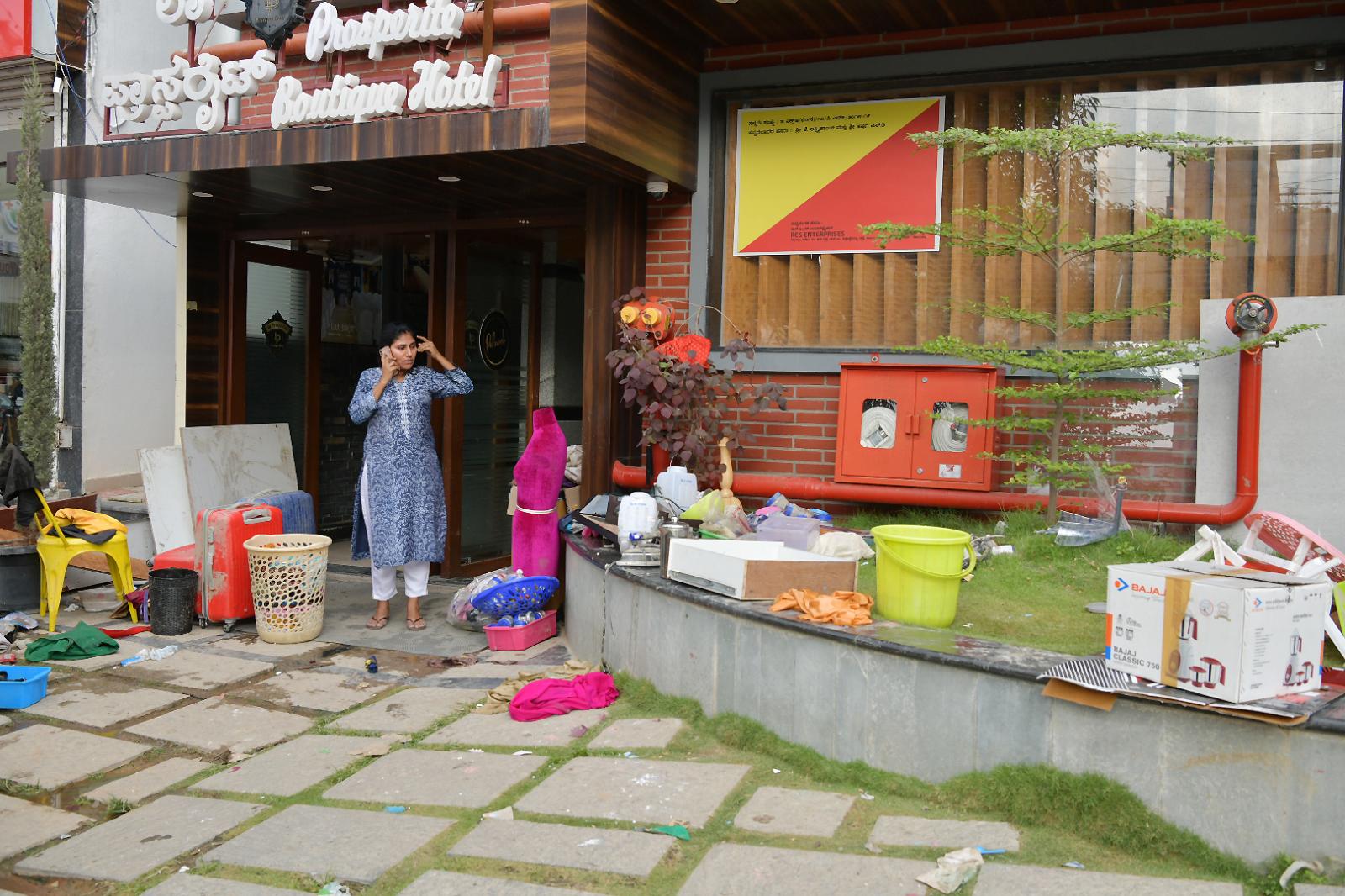 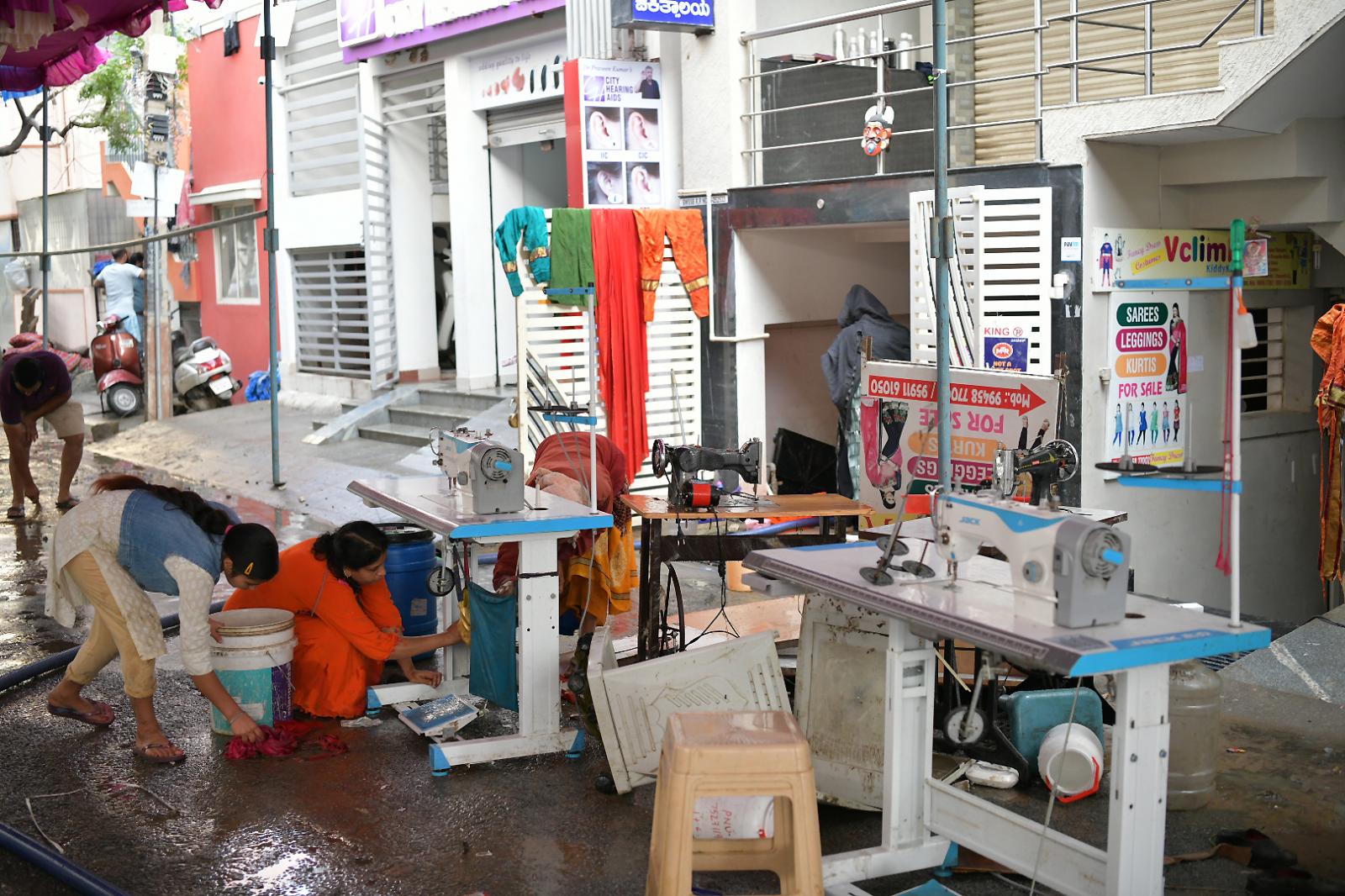 Home is where the shore is

By Meghana Sastry — After practising for six hours straight, these boys can barely open their eyes the following morning...
Aug 2, 2021

A Lonely Road to Childbirth

By Meghana Sastry / Bengaluru — Pandemic quells the excitement of childbirth Pregnancy is a time for excitement and preparations for a new..
Jun 23, 2021

By Meghana Sastry — When the coronavirus outbreak was new in 2020, it created panic worldwide. As the issue got bigger,..
May 14, 2020

Death in the time of Corona

By Meghana Sastry — The garden city is burning and gasping The narrative of the pandemic has changed drastically from wave one..
May 20, 2021

By Meghana Sastry — The pride march is held on the last Sunday of November. However, due to the pandemic it was pushed to the..
Jan 2, 2021

By Meghana Sastry — In the heart of Bangalore city lies a quaint library which smells of old books as soon as you enter, heaven..
May 14, 2020

By Meghana Sastry — Aero India is a biennial event which is a much-awaited event for which has always hosted in Bangalore...
May 14, 2020

By Meghana Sastry — Eat, Pray, Love! The pandemic has affected a lot of businesses and some even closed shop. But father..
Aug 19, 2020

By Meghana Sastry — When the coronavirus outbreak was new, it did create panic worldwide. In Bengaluru, Rajiv Gandhi Institute..
May 14, 2020

By Meghana Sastry — Varanasi is a very popular destination for Hindu pilgrims and a tourist attraction. It is also known as..
May 14, 2020

By Meghana Sastry — Where do we go? Bangalore has a lot of small settlements which are filled with daily wage workers from..
May 14, 2020