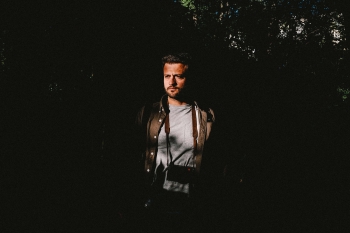 Photographer @ Freelancer / Based in London

José Sarmento Matos, born in 1988, is a Portuguese documentary photographer based in London.

JSM focuses his work on medium/long term projects and has published his work in media outlets such as The New York Times- with whom he frequently collaborates - New Yorker, Newsweek, Washington Post, among others.

As a journalist and a photographer he is interested in covering topics related to social inequality and identity, analysing relevant contemporary world issues by focusing on people’s personal stories.

Sarmento Matos also frequently collaborates with Bloomberg, Le Monde, LA Times, Liberation, HBO and HISTORY. In 2020 he became a National Geographic Explorer after receiving an emergency grant to work on a collaboration with the Jamaica community, in Seixal, Portugal, on housing inequality in times of a pandemic. This collaboration resulted in a film shown at Doc Lisboa 2021 and an exhibition at MAAT museum , Lisbon, in the same year.

In 2014 JSM completed a master's degree in documentary photography and photojournalism at the London College of Communication, where he has been teaching the MA and BA since 2016. Also in 2016, José became an UK Leica Akademie Ambassador, running workshops on street photography and visual storytelling.

In 2015, JSM was considered by Magnum Photos as one of the 30 best photographers in the world under 30 years old, with his work “Turning the page”. And in 2020, with the project “Where do I belong? Abandoning the Venezuelan Dream.”, won the Estação Imagem award.