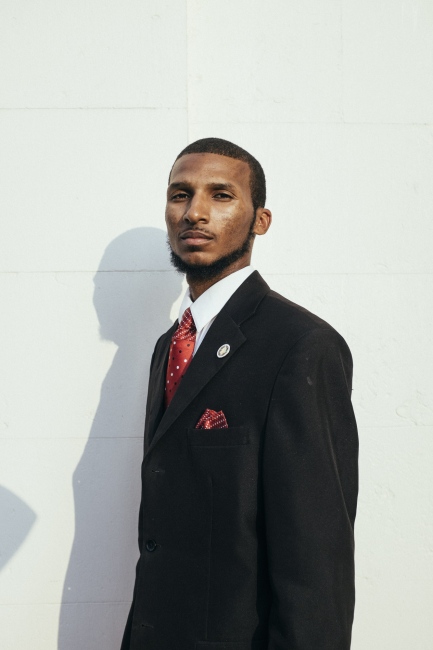 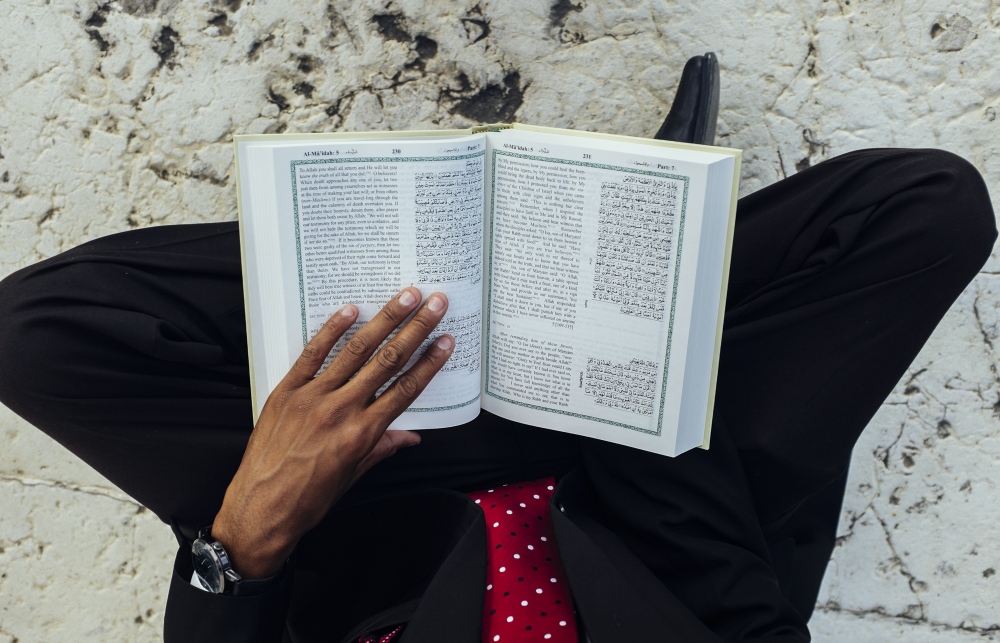 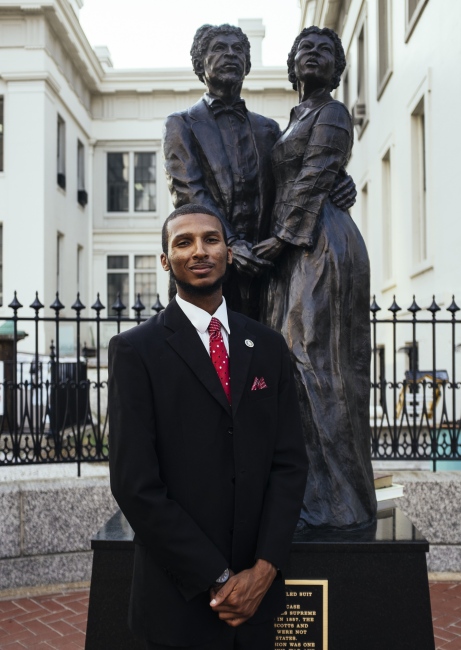 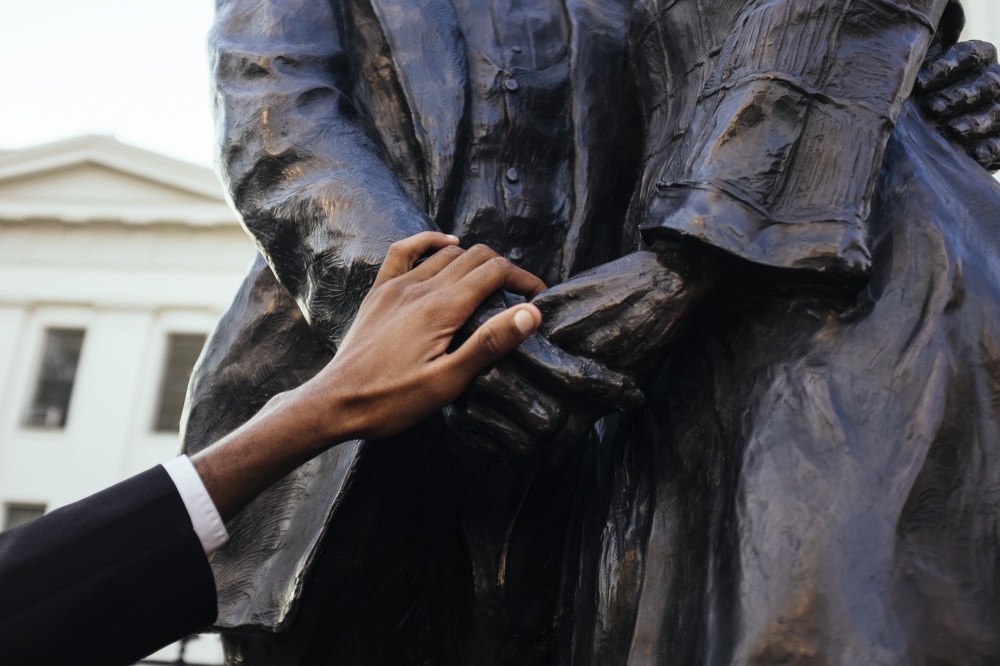 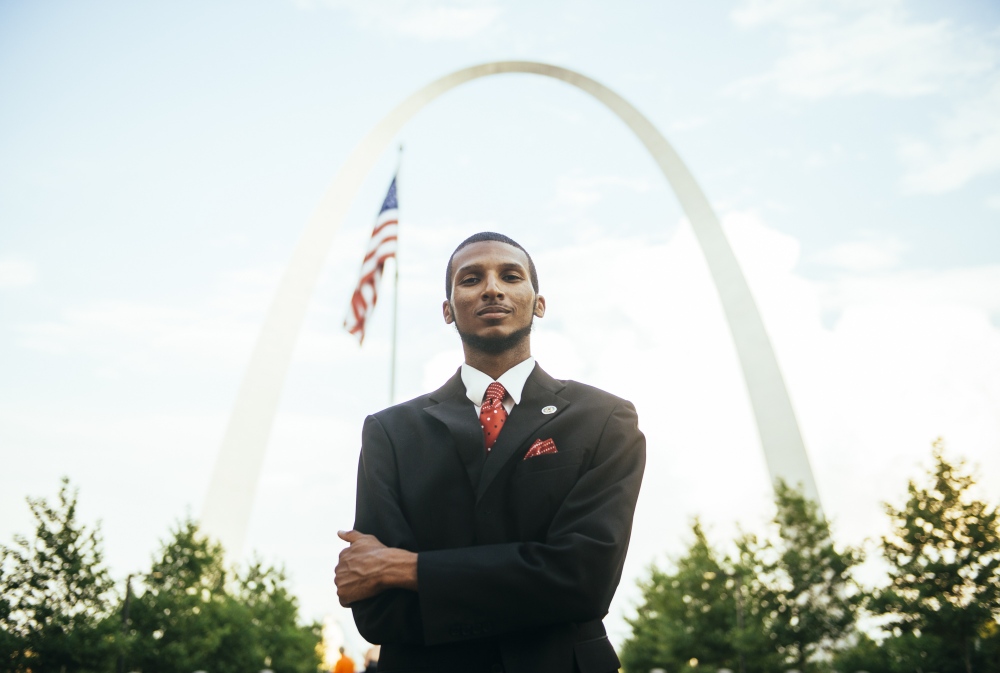 It has been a difficult day. The sun set too early, the temperature was a record high--hello global warming!--, and there was a palpable heaviness in the air. My social media feeds; NPR channels, and conversations were identical in nature, echoing passionate sentiments of shock and solidarity.

Beginning last night, I received and sent messages with people I usually speak to only on special occasions, searching for support and clarity.Â  Every social interaction has been laced with some kind of shared sadness, a reflective nod, sets of wandering eyes.Â  I have been fortunate enough to not encounter any hate, but my heart is with those who are forced to endure it simply for being who they are.

But I am hopeful.Â  There are countless individuals who have been fighting for years for equality, people who have vision for a bright future and won"™t be deterred.Â  These are the people who inspire me and give me hope.Â

One of these individuals is FarraKhan Shegog, who is studying to be an ordained minister, runs Young Voices with Action, a nonprofit which trains and mentors young people, and is active in the movement.Â

At FarraKhan"™s request, we photographed at the St. Louis"™ Old Courthouse, "because of its historical significance to African Americans. That spot was chosen because it represents the journey that I face. I look back and see struggle and barriers from the halls of the Courthouse. But I also look forward due to my firm belief in justice and the principles of it. That spot was chosen for the mere fact that Dred Scot decision decided the fate of African Americans up to today."

-FarraKhan Shegog for Fragments of Ferguson.

This election has been a reality check; we have a lot of work to do. Change will come.

By Sara Swaty — I made the shortlist for the  Lucie Foundation Photo Taken Scholarship! Thank you for the support...
Jul 17, 2019

By Sara Swaty — I had graduated from Rochester Institute of Technology a few months before our first shoot. I spent the last..
Oct 9, 2018

By Sara Swaty — This year was my 3rd time attending Burning Man. Although I was prepared and excited, it was my hardest..
Sep 13, 2017

Hayley to Harrison in Expanded Visions at the Leslie-Lohman Museum

By Sara Swaty — I am excited to share that my work will be a part of the Leslie Lohman Museum's upcoming show, Expanded..
Feb 14, 2017

By Sara Swaty — Thank you to Matthew Oxley for taking the time to interview me about my work:..
Feb 11, 2017

By Sara Swaty — After days of gloomy clouds and rainfall, the sun miraculously parted the day following Trump's Inauguration..
Jan 22, 2017

By Sara Swaty — Ten years ago, my mother and I embarked on a trip to France to reconnect with family.  The voyage..
Jan 12, 2017

By Sara Swaty — Some favorite moments from travelling to Fes, Meknes, Marrakech, Casablanca, and Volubilis in Morocco.
Dec 22, 2016

By Sara Swaty — Shooting stills for the Netflix feature XOXO was an incredible highlight of my year. Â The creative and..
Dec 22, 2016

By Sara Swaty — Friday was the Adobe creative jam, a tournament of sorts where myself and 13 other LA-based photographers..
Nov 23, 2016

By Sara Swaty — On Saturday, November 12th, thousands of people convened in MacArthur Park to march downtown in reaction to..
Nov 14, 2016

By Sara Swaty — XOXO is out on Netflix! Excited to share that I had the opportunity to capture stills for this beautiful..
Aug 27, 2016

By Sara Swaty — Photo Independent ("the only international art fair bridging the gap between those who love and collect..
May 5, 2016

By Sara Swaty — My first assignment published by Reuters was a Donald Trump rally in my hometown of St. Louis, Missouri. As..
Mar 31, 2016

My 1st Trophy: Reuters Mentorship Award for Hayley to Harrison

By Sara Swaty — Last week, I attended the Eddie Adams Workshop, which was an incredible, life changing experience...
Oct 21, 2015

By Sara Swaty — The Eddie Adams workshop is "an intense four-day gathering of the top photography professionals, along with..
Oct 21, 2015

By Sara Swaty — What a wonderful surprise to be included in  Instagram 's featured Emerging Photojournalists with my..
Oct 20, 2015

People of the Playa: Burning Man