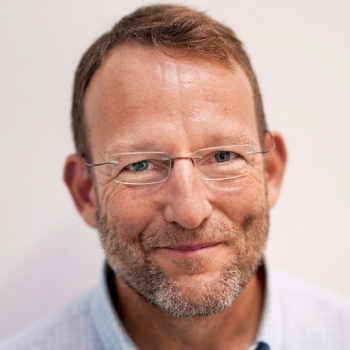 From 2003 to 2016, he was Vice President and Director of Photography of The Associated Press responsible for the AP's global photo report and the photographers and photo editors around the world who produce it. From 1984 to 2003, he was a photographer and photo editor.

Born in Madrid, Spain to American parents, Lyon has 34 years of experience in news-service photography and has won multiple photojournalism awards for his coverage of conflicts around the globe - including two World Press Photo prizes and the Bayeux prize for war photography. He covered the end of the civil war in El Salvador, the U.S. invasion of Panama, the first Gulf War, the Balkan wars in Croatia, Bosnia and Kosovo, the civil war in Somalia and the Taliban takeover in Afghanistan among other major news and sports stories around the world.

A selection of his work can be seen here: https://spark.adobe.com/page/WDjh76m3quNET/

Lyon serves on the Board of Directors of the Eddie Adams Workshop, the VII Foundation and RISC, a journalism safety organization. He teaches regularly at the International Center of Photography in New York. He was Chair of the Jury for the 2013 World Press Photo contest. In 2012, he was a Sulzberger Fellow at Columbia University in New York, studying ways to enhance the value of the AP's photo output to better serve growing customer segments. In late 2016 he left the AP, joining Adobe in September 2017 as their first director of editorial content a position tasked with developing and growing Adobe's photojournalism offering to its customers.

He is married to Emma Daly, Communications Director at Human Rights Watch. They live in New York City with their daughter and son.
Cart
Loading...
Edit Check Out