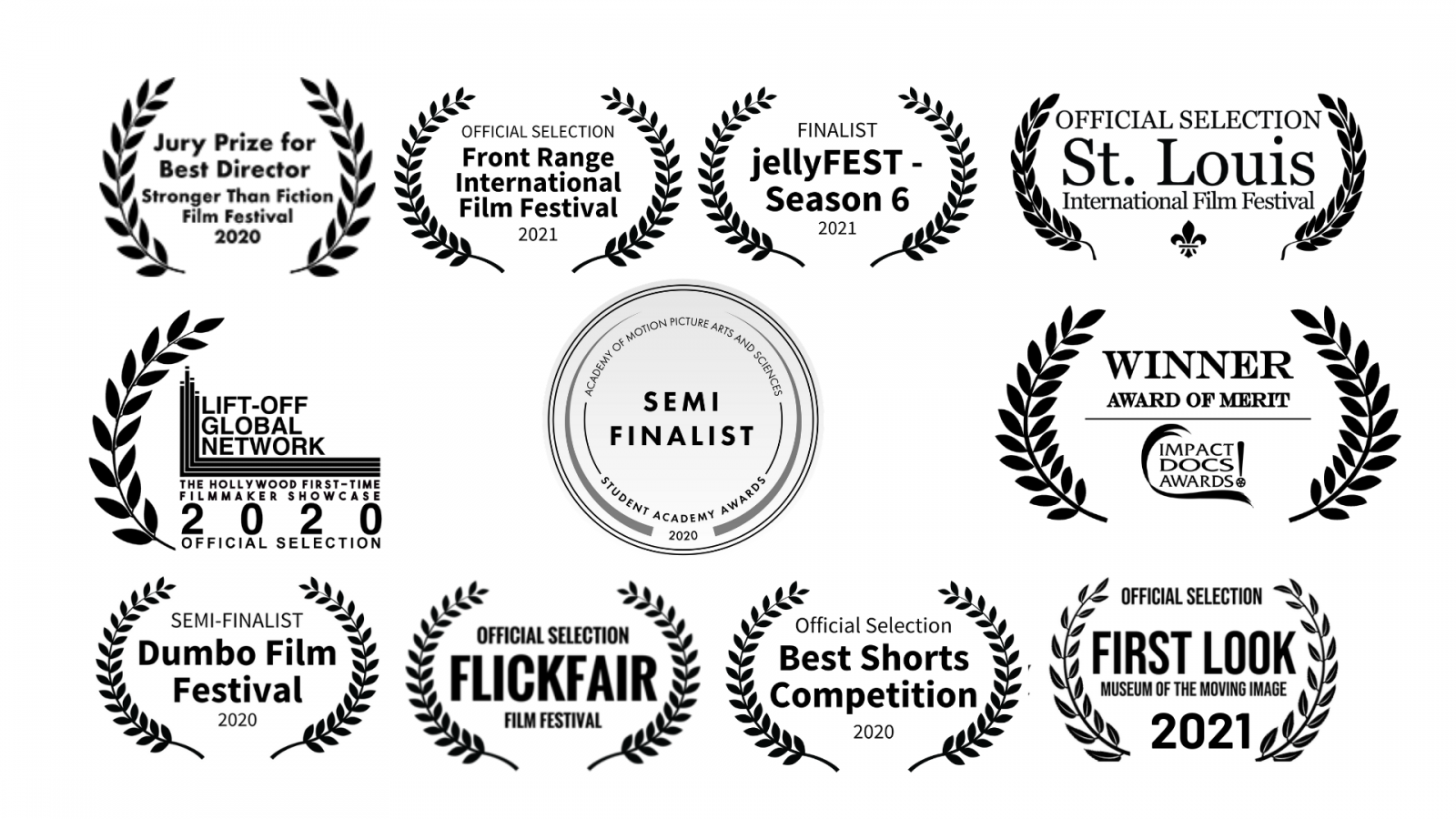 1 of 7 © 2022 Sarah Sabatke
Thoughts and Prayers
dir. Sarah Sabatke
2020
Running time: 15:21
As a community prepares to mark the 20th anniversary of the shooting at Columbine High School, two award-winning journalists reflect on their coverage of the event and its long-term effects. Meanwhile, community members remember their lost loved ones amid unrelenting media attention - until, three days before the anniversary, a new threat puts the community on high alert. Thoughts and Prayers explores how people remember the day of the shooting and how they navigated media coverage of the event, from both sides of the camera. Set against the lead-up to the event’s 20th anniversary, the film follows journalists and survivors as they reflect on the past two decades and strive to spread a message of hope. Intimate access allows viewers into the lives of individuals impacted by the tragedy as they deal with the new wave of media attention brought to town by the anniversary.
Stronger Than Fiction Festival 2020 - Winner of Jury Prize for Best Director
First Look 2020/21 (at Museum of the Moving Image) - Official Selection

Front Range International Film Festival - Official Selection
About The Filmmmaker
Sarah Sabatke is a filmmaker and multimedia journalist with international experience, specializing in optimizing stories for digital publication. She strives to tell these stories in a manner that is interactive and visually compelling. Sarah is drawn to character-driven stories and opportunities to explore larger issues through a more intimate lens. Most recently, she worked as a staff reporter for The Mexico Ledger, a daily newspaper in Mexico, Missouri. Sarah recently completed her master's degree in documentary journalism from the Missouri School of Journalism. With a camera in hand at all times, she is always on the lookout for the next adventure.
Press

Portraits of a community

The sky is the limit: Nigerian students build airplane in Mexico factory