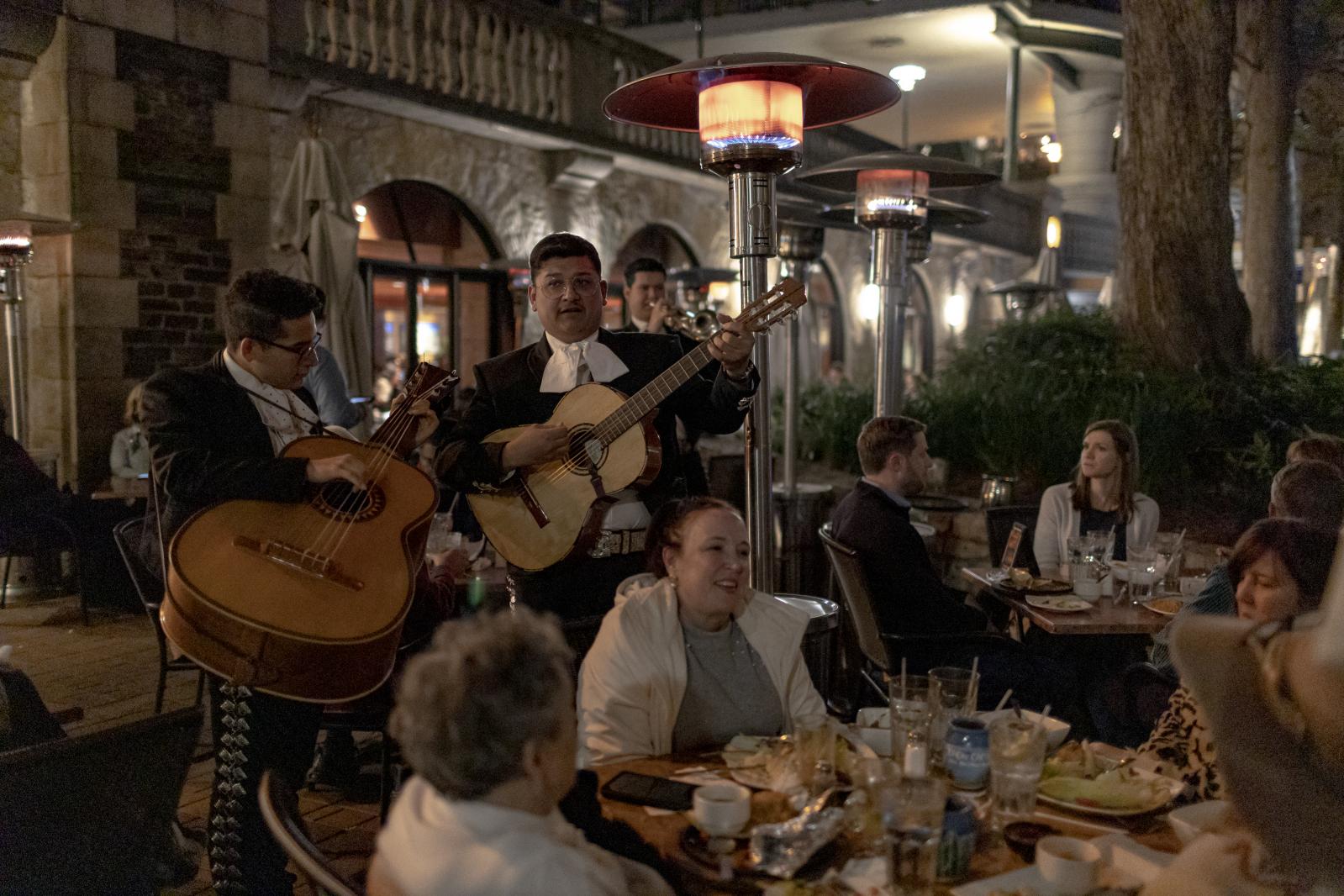 1 of 10 © 2022 Chris Rusanowsky
A group of mariachis performs in front of dinner guests at a local restaurant in San Antonio, Texas, 01/4/2022. While the omicron variant of the COVID-19 virus rapidly spikes in American Cities, Texas does not require masks to be worn in public, or for public places to be monitored. 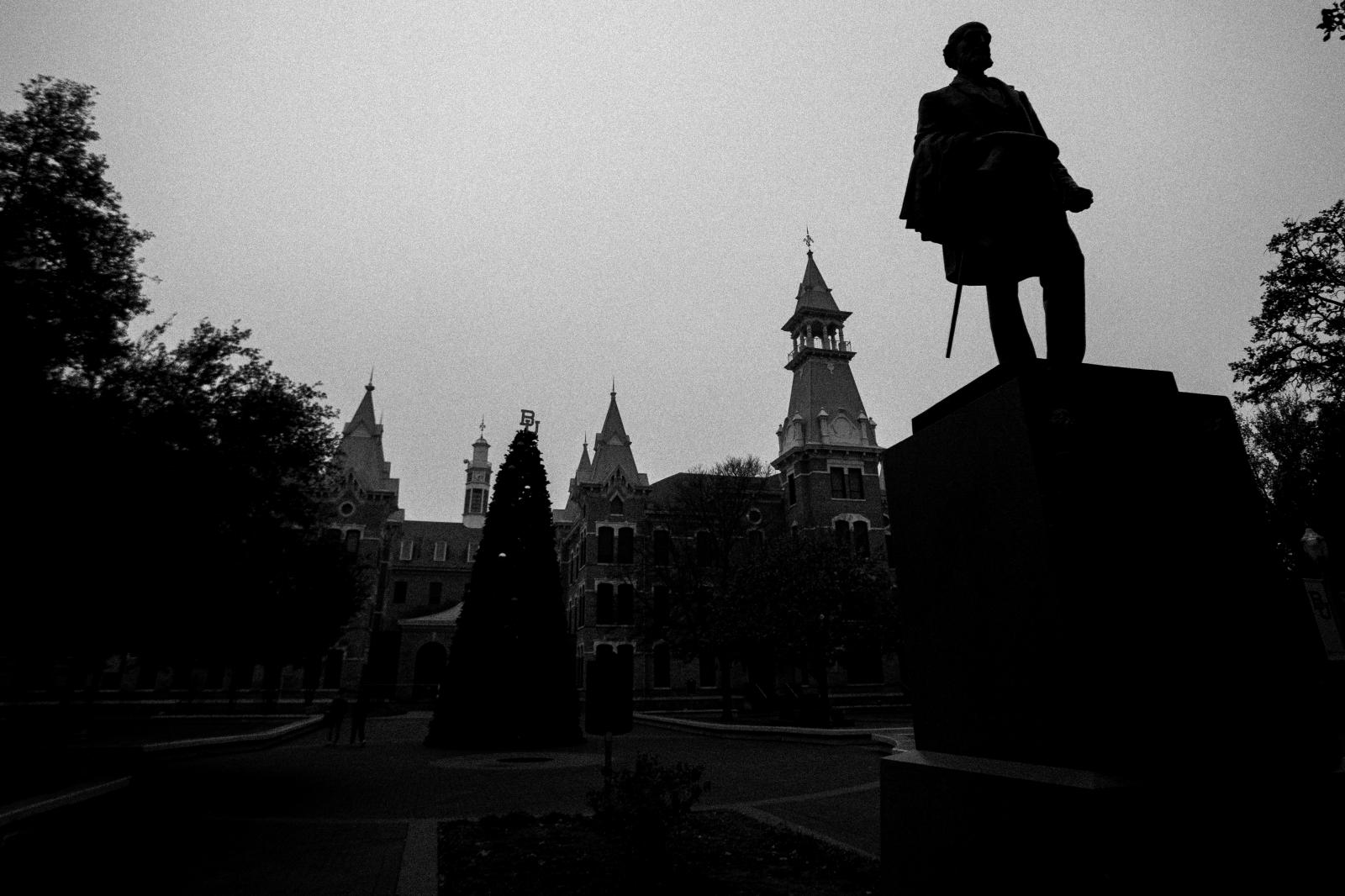 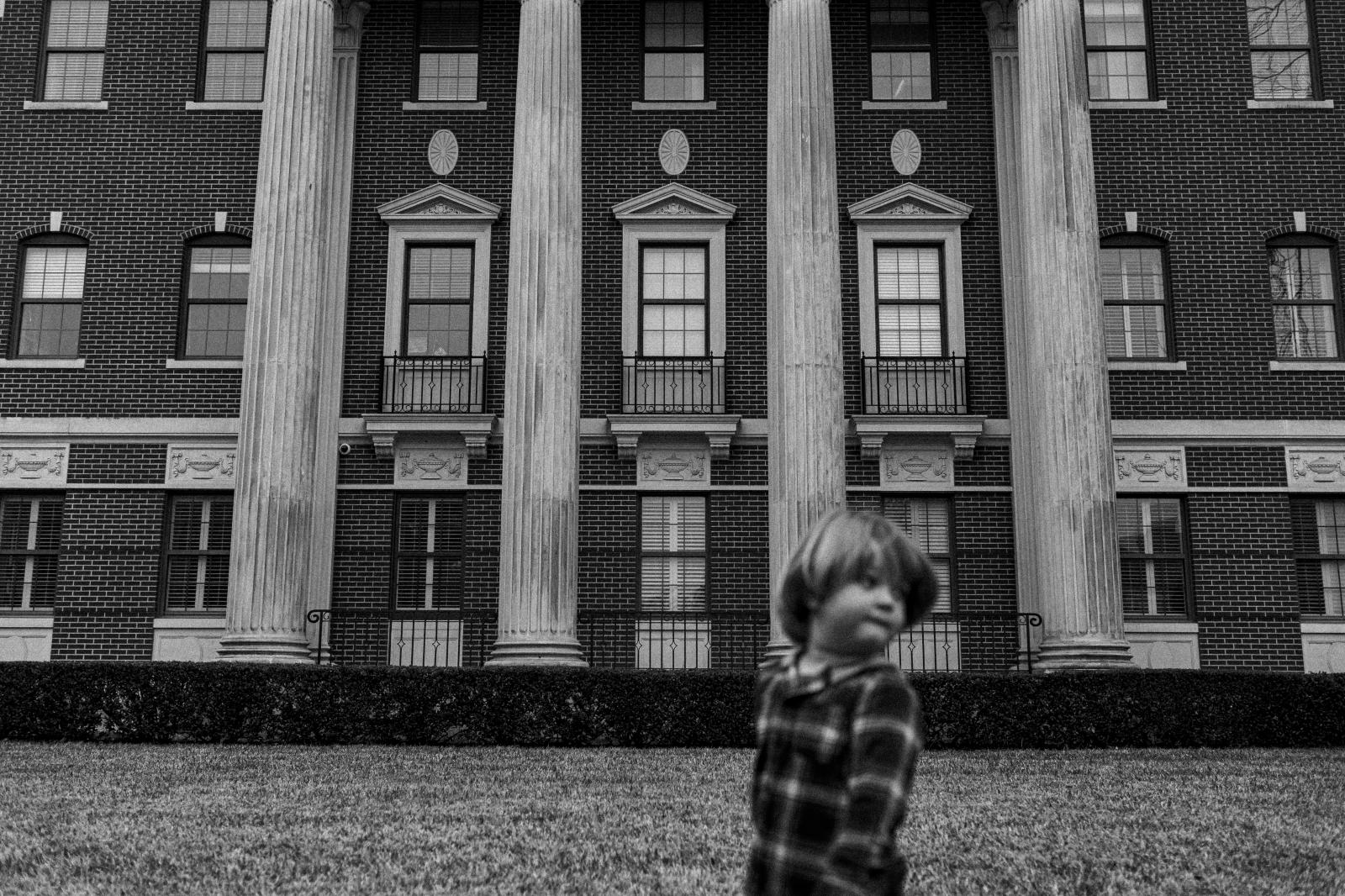 3 of 10 © 2022 Chris Rusanowsky
A young child wonders the grounds of Baylor University in Waco, Texas, 01/08/2022. A rainy day in Waco sets the mood of the empty campus at Baylor. As the pandemic continues the youths untold stories of the pandemic still lie hidden. 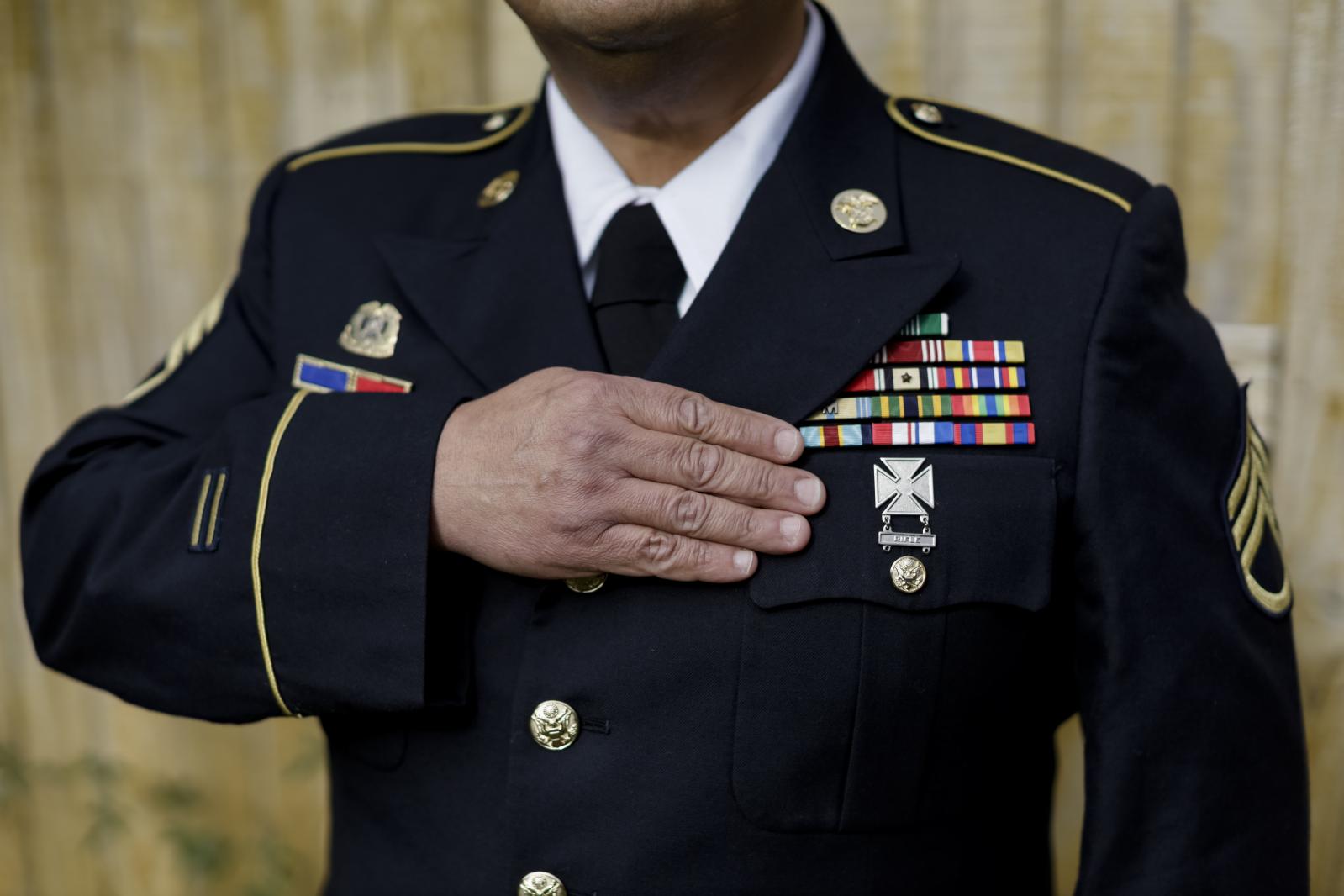 4 of 10 © 2022 Chris Rusanowsky
After September 11, 2001, David Martinez enlisted in the Army as a new recruit at the age of 34. He wanted to serve his country and make a difference. Now thirteen years later David still an active-duty Soldier, puts on his Class A uniform before he gets married on 12/18/2021 in Texas. David will have to deploy one month after his wedding to Kuwait. 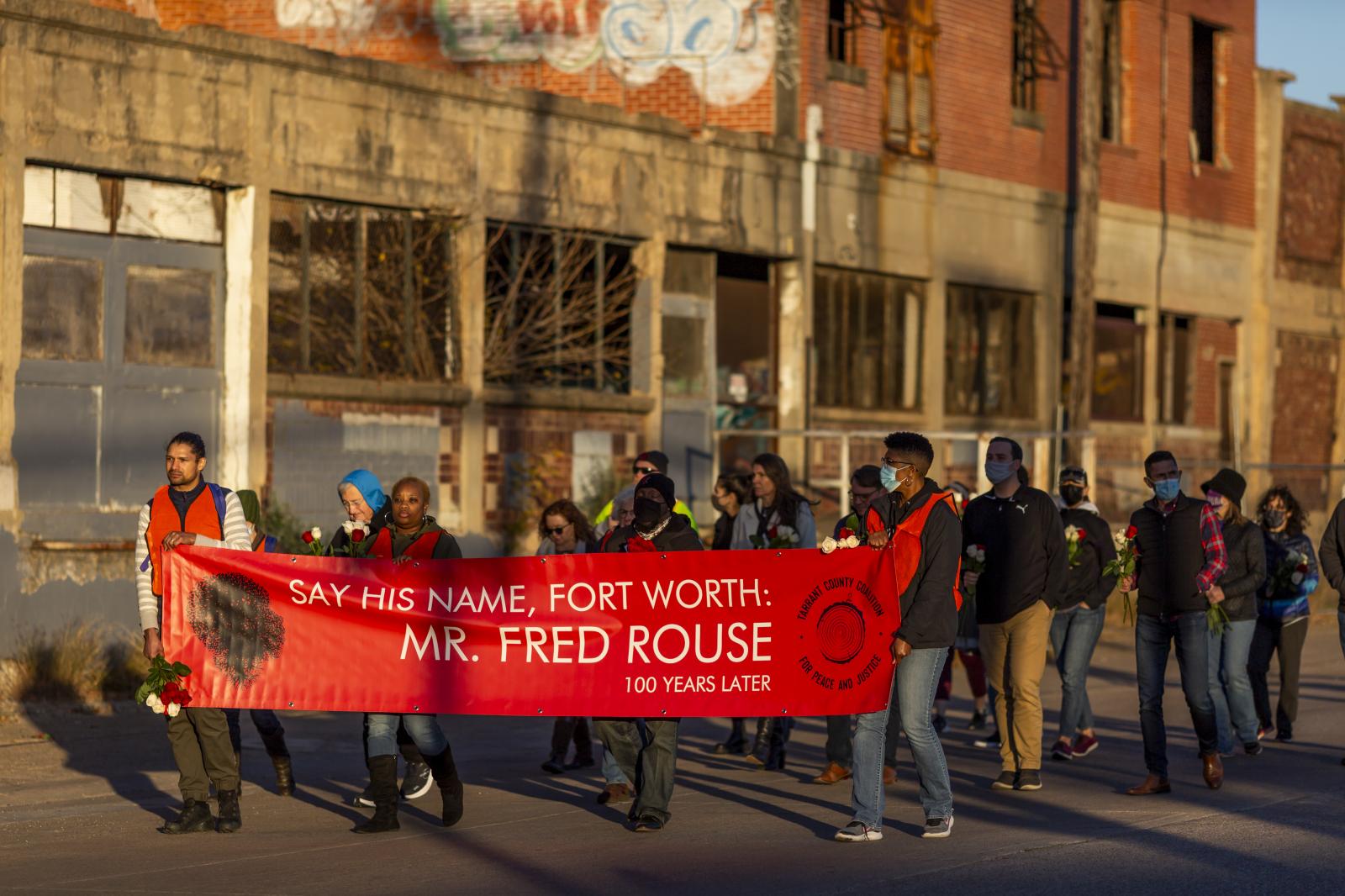 5 of 10 © 2022 Chris Rusanowsky
A hundred years ago, a black man named Fred Rouse was murdered by an angry mob of white men from Fort Worth, Texas. Today 12/06/2021, in Fort Worth, Texas, near a popular tourist area called the Stockyards where cattle used to be sold for auction, but now is a place for a taste of the cowboy life. A group of twenty-five people gathered, including Fred Rouse the Second, the great Grandson of the late Mr. Rouse. The group held the first vigil, with 100 roses, one rose for each year his life was forgotten in history. 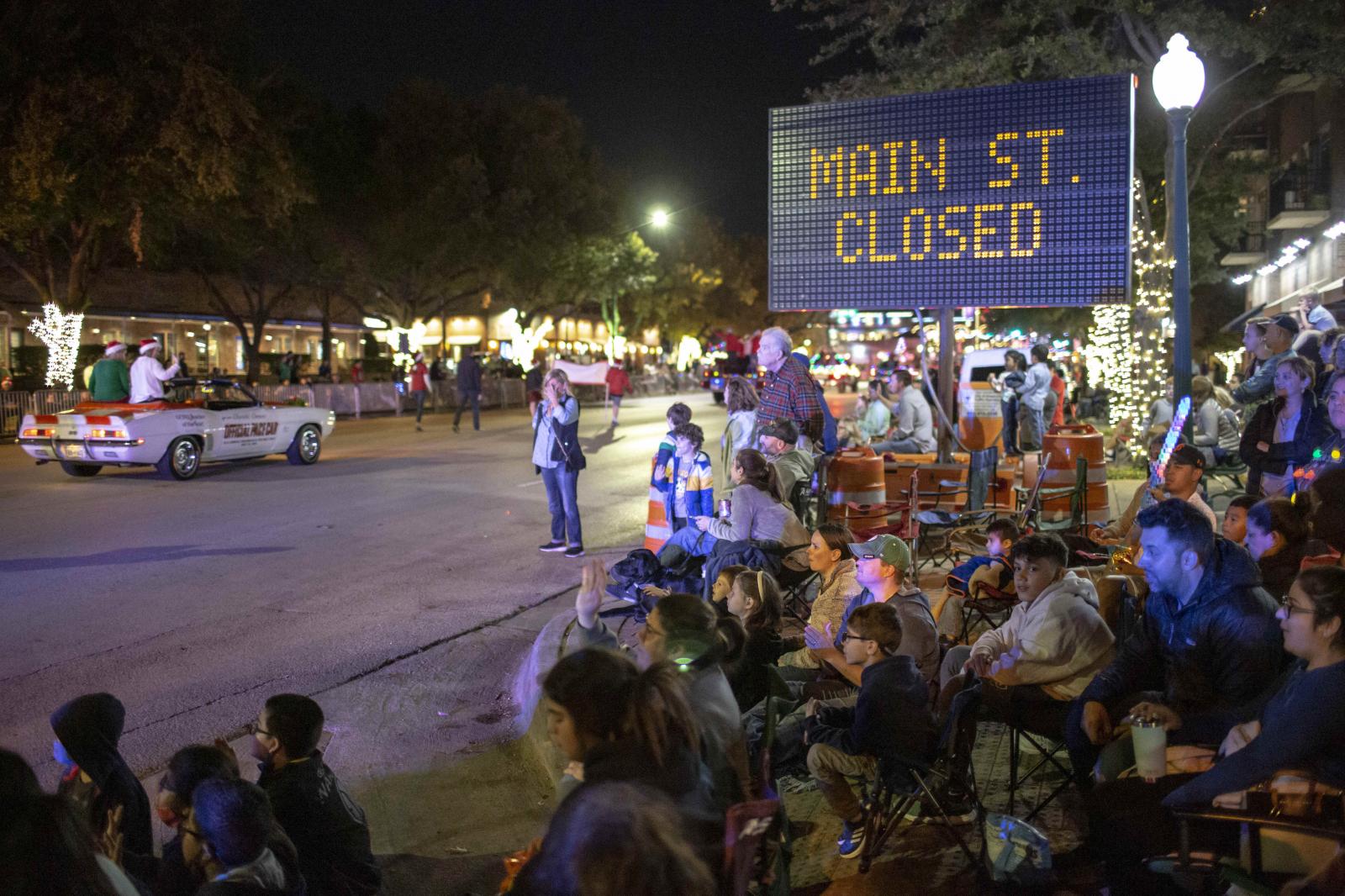 6 of 10 © 2022 Chris Rusanowsky
The people's choice floats flood down Main Street during the 42nd Annual Grapevine Christmas Parade on 12/02/2021, Grapevine, Texas. With the recent tragedy in Waukesha, Wisconsin, when an SUV drove into the parade leaving six fatalities and more than 60 injured, Grapevine up their police presence to ensure the crowds would be safe. 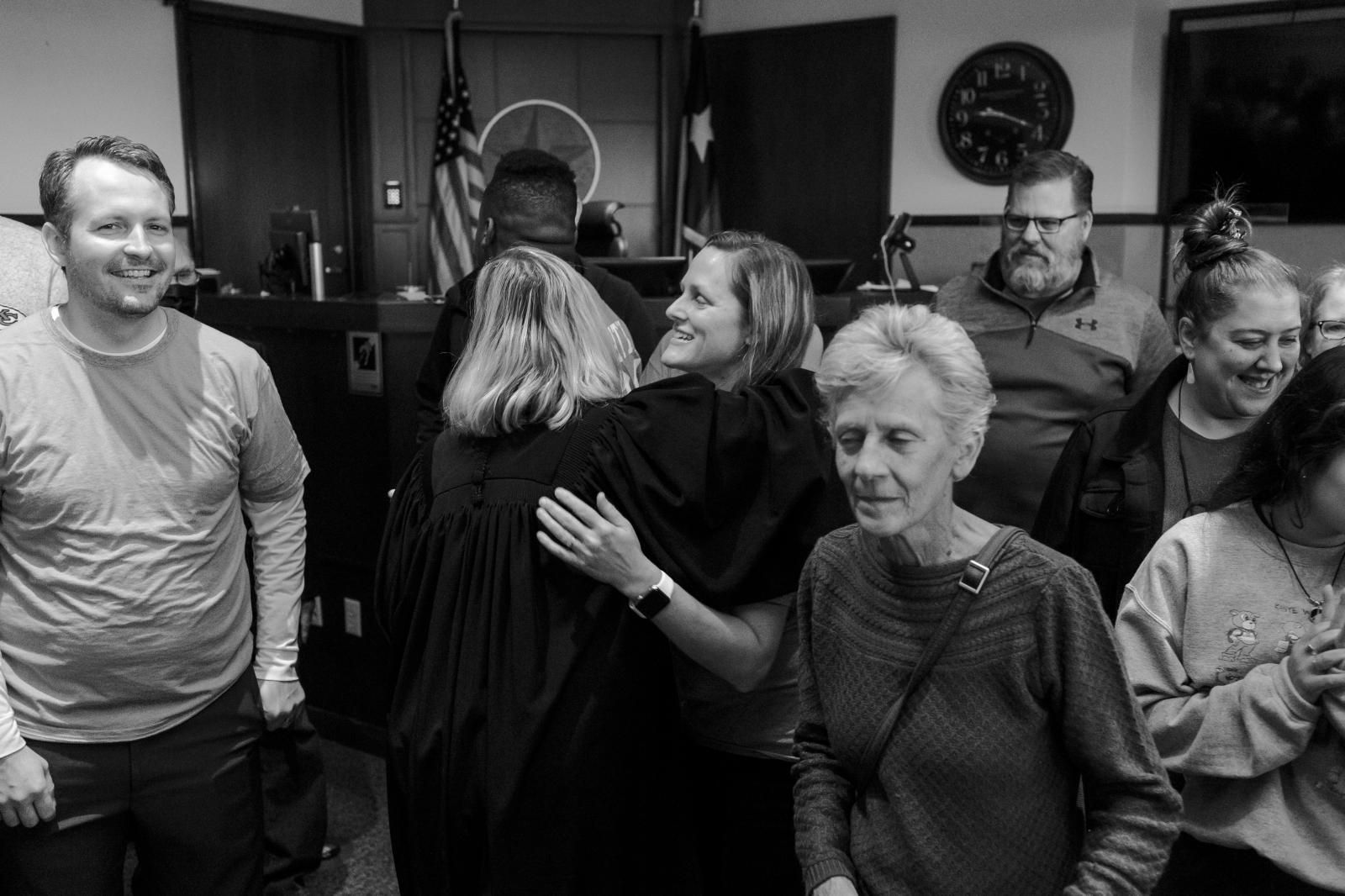 7 of 10 © 2022 Chris Rusanowsky
The Smiths family breaks out in celebration as they have been granted to adopt two new teenagers in their family on 11/22/201 in Denton, Texas. "This is the beginning of a beautiful life for us and the end of a whole lot of paperwork." 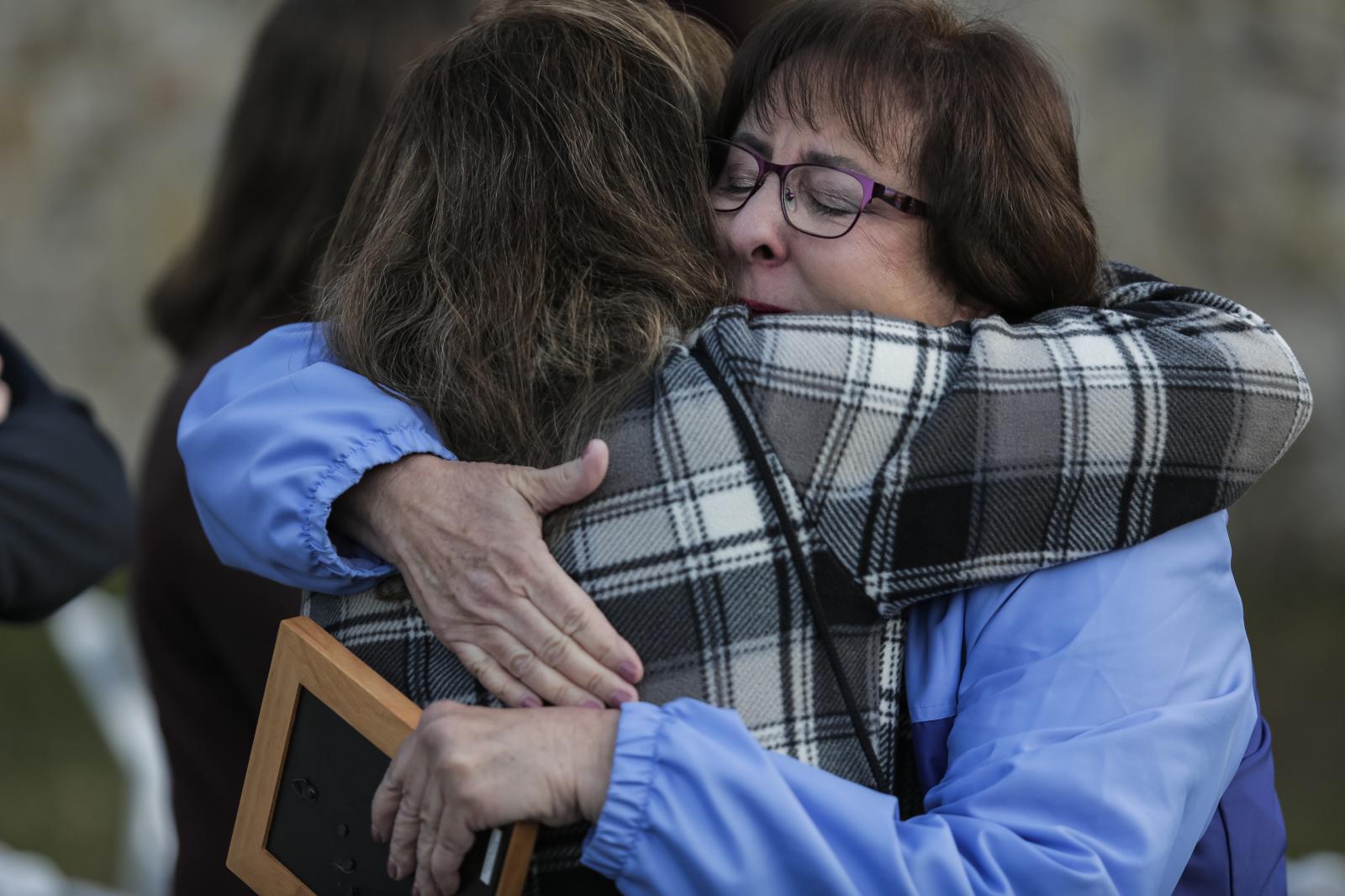 8 of 10 © 2022 Chris Rusanowsky
A mother of a bride embraces her friend after a wedding ceremony, on 11/19/2021 in Weatherford, Texas, holding a photograph of her deceased husband. 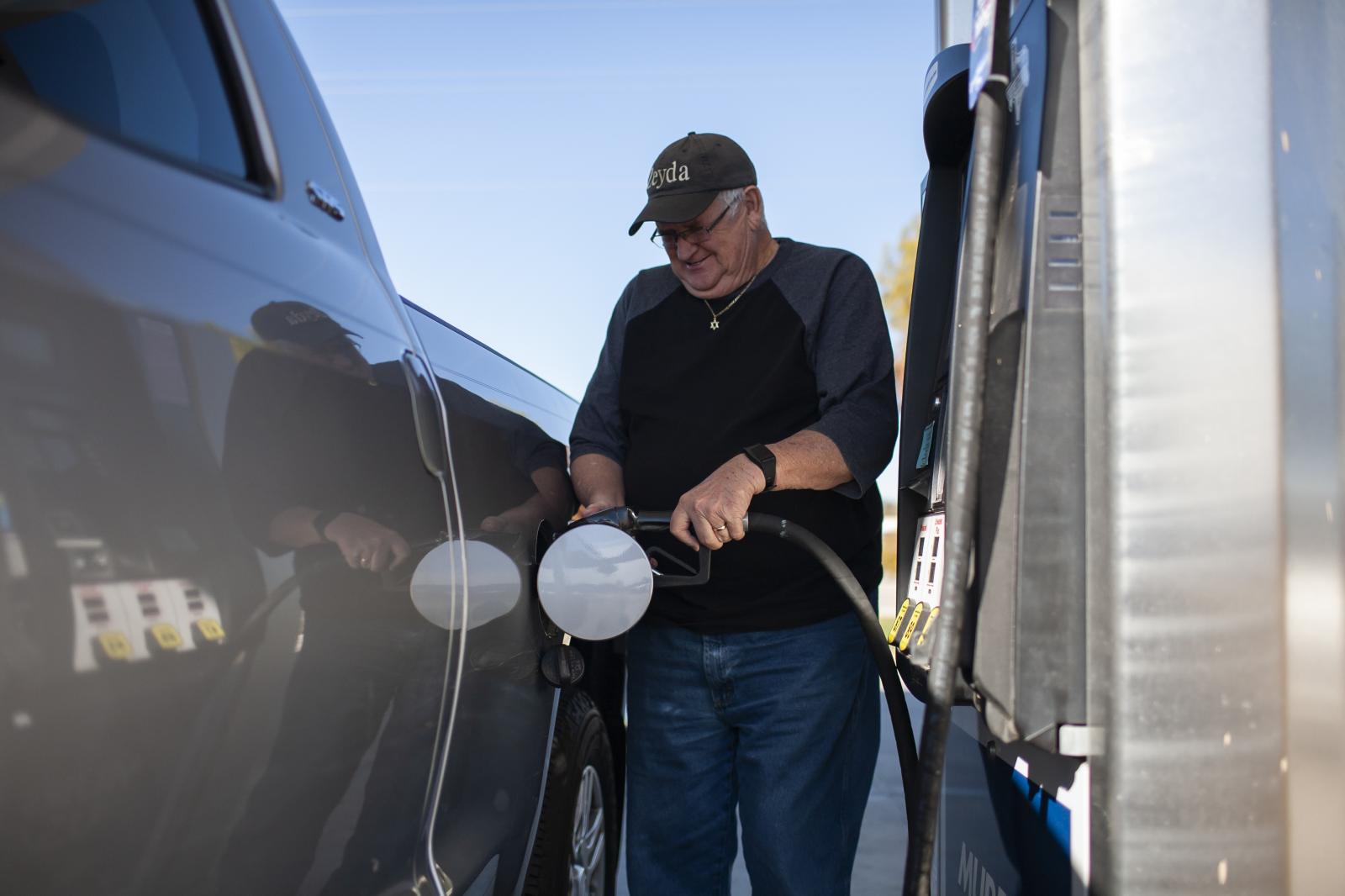 9 of 10 © 2022 Chris Rusanowsky
In the last year, Americans saw the gas price rise from nearly 50% since the start of the Pandemic in 2020. President Joe Biden has asked the Federal Trade Commission to investigate why gas prices are rising. On 11/18/2021, In Roanoke, Texas, Dennis Dawson filled up his pickup truck. Dawson from Keller, Texas, says he travels to find the cheapest gas around, having to spend $55 each time to fill up his vehicle; it can get pricey, he says. 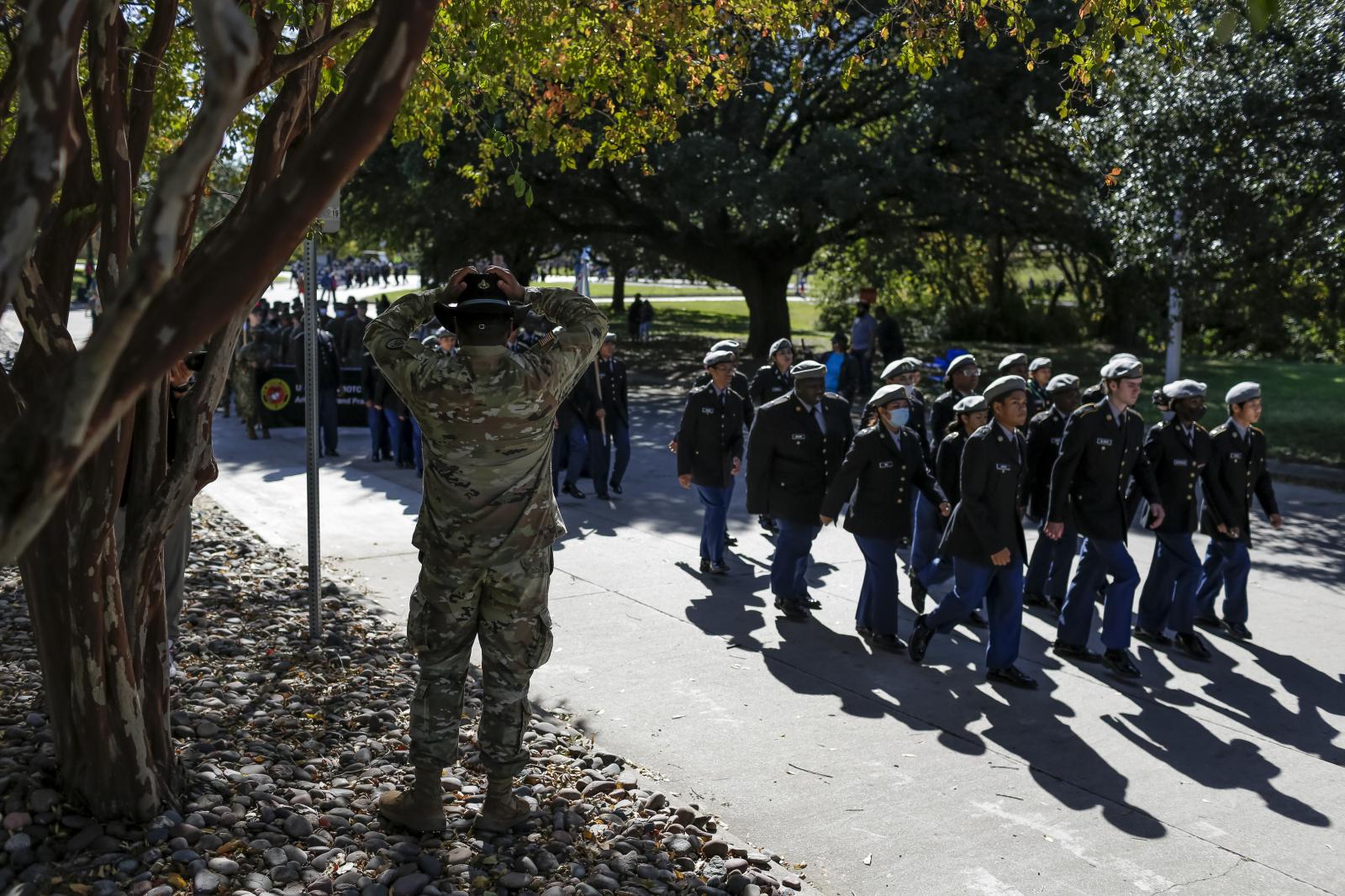 Under The Same Flag

By Chris Rusanowsky — A child no more than four years old walks on Manila's crowded pavement, naked without clothing and to..
Nov 6, 2020