Photojournalist
Beheading The Serpent
Follow Hire
Profile
Stories (26)
News (4)
Subscribe to newsletter
Location: North Lake, Texas
Nationality: American
Biography: Chris Rusanowsky is an American photojournalist and documentary photographer based in North Texas. Chris has spent the last twelve years of his career focusing on stories of resilience and American identity. In 2017, Chris signed on to his first... read on
Focus: Photojournalist, Documentary, Multimedia, Portraiture, Lifestyle, Events, Freelance, Assignments, Explorer, Newspapers
Covering: Asia, USA & Canada
Skills: Adobe Photoshop, Photojournalism, Film Photography
In the small town of Sweetwater, Texas, a controversial event happens every year, which brings about forty thousand visitors to this town that's populated with ten thousand residents. The Sweetwater Rattlesnake Roundup was created to keep control of the growing number of rattlesnakes that call home to farmlands, pasters, and cattle ranches. Every year rattlesnake hunters bring in thousands of snakes that will be killed, skinned, and sold on the market. Visitors will witness the bloody acts that Jacey members put on to educate and show off the killing of these animals. While some of its curl and the snakes feel this pain minutes after being killed, others look at it as an old tradition passed on for sixty-two years. 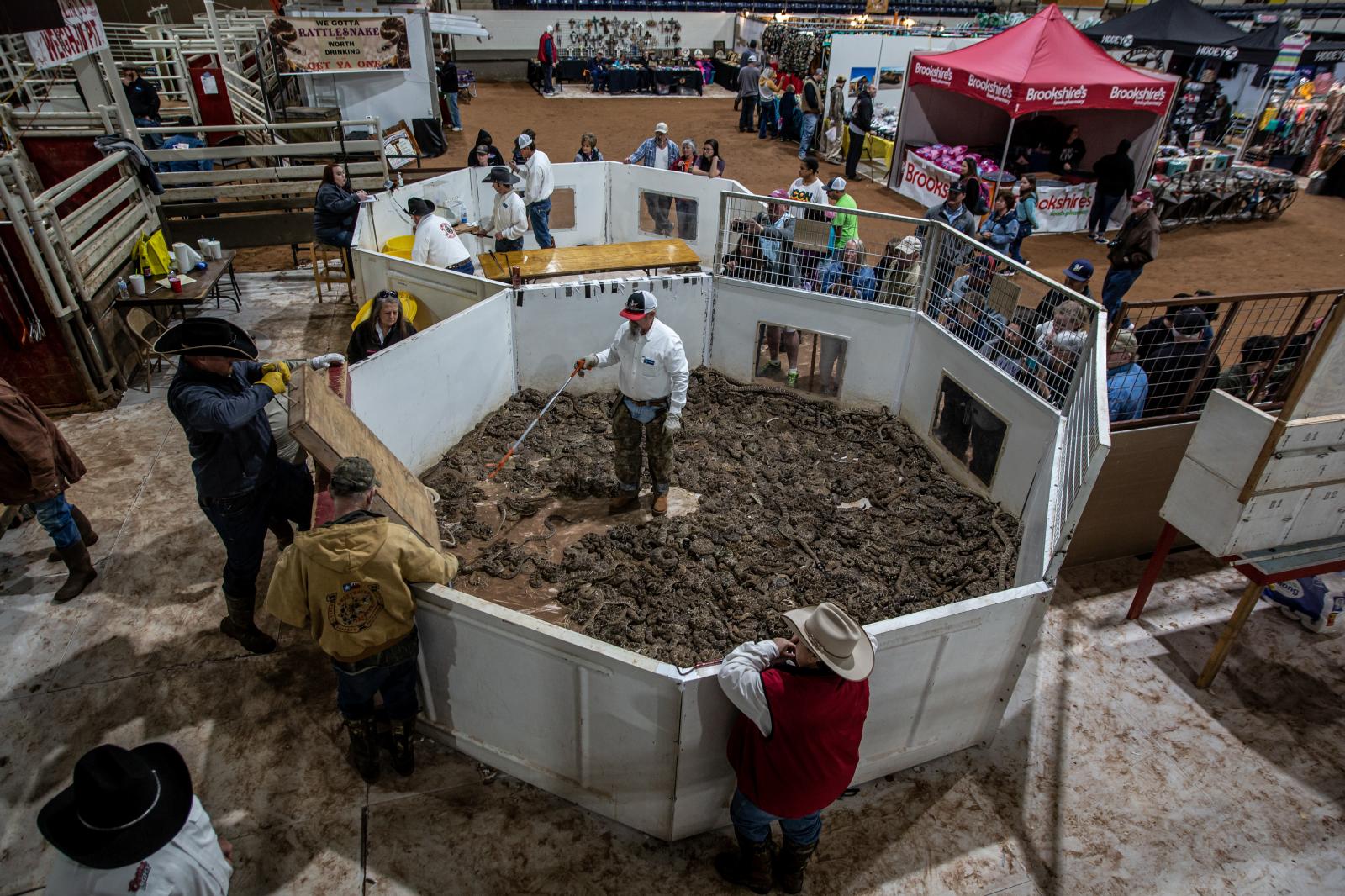 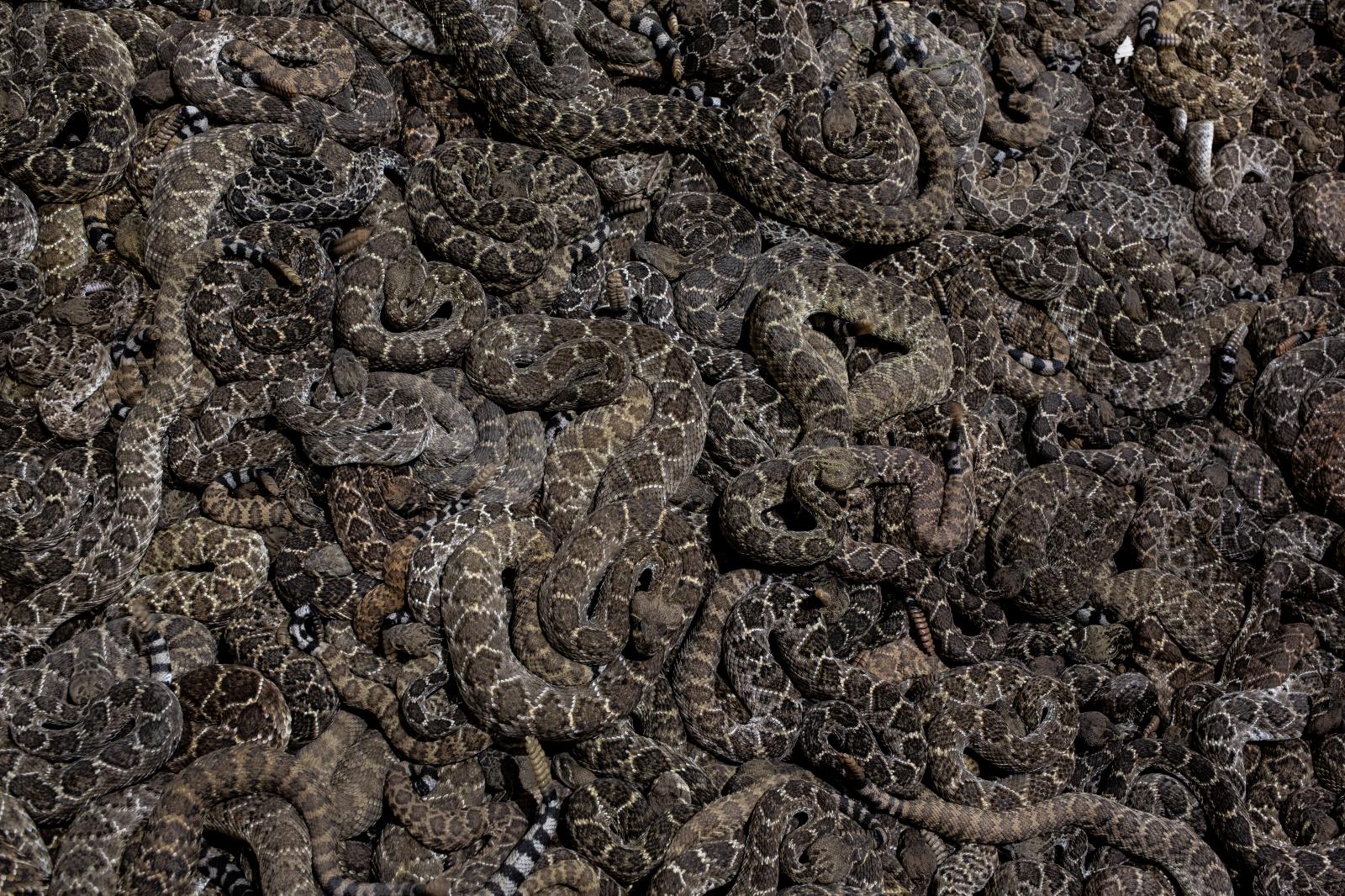 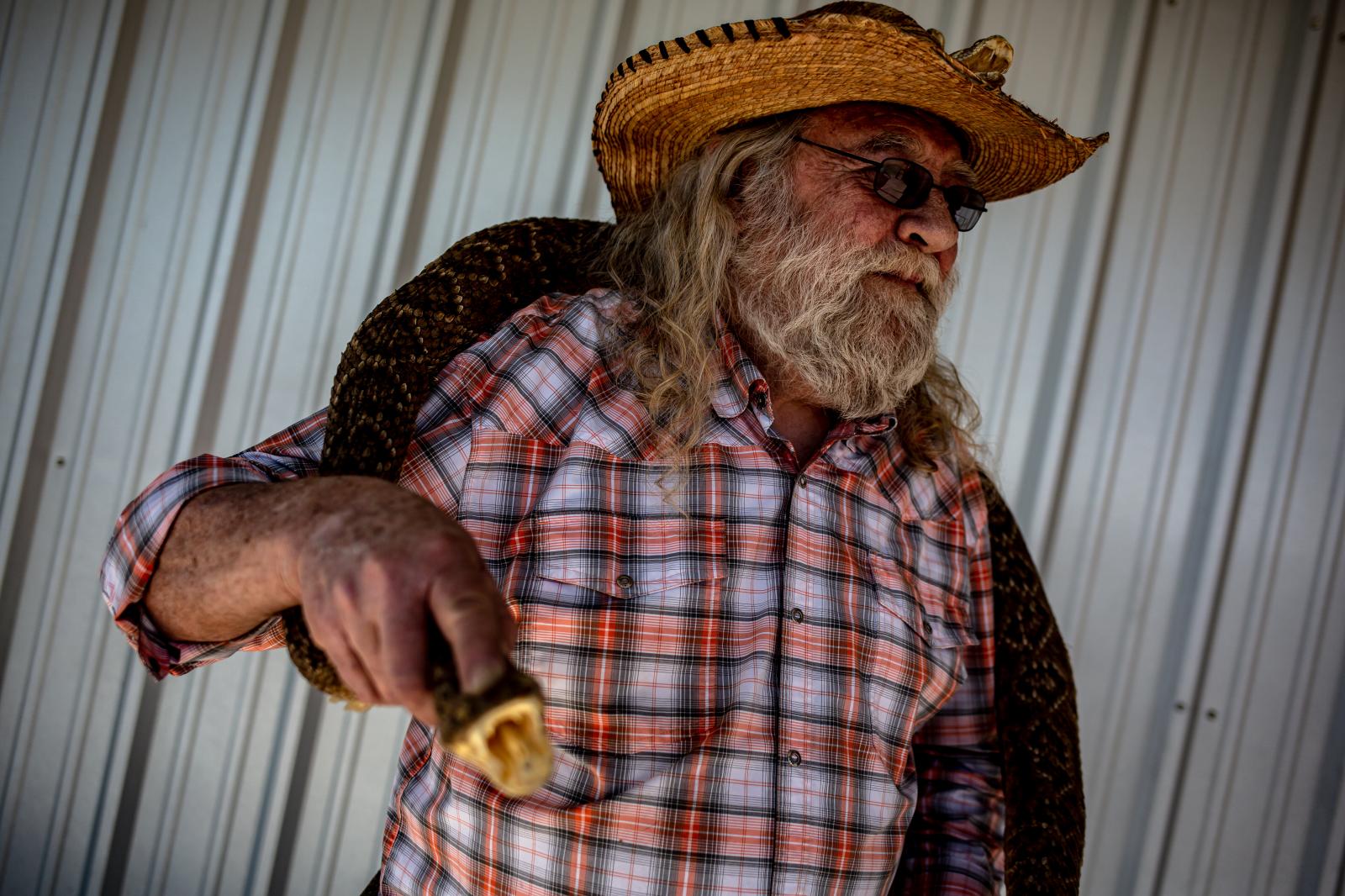 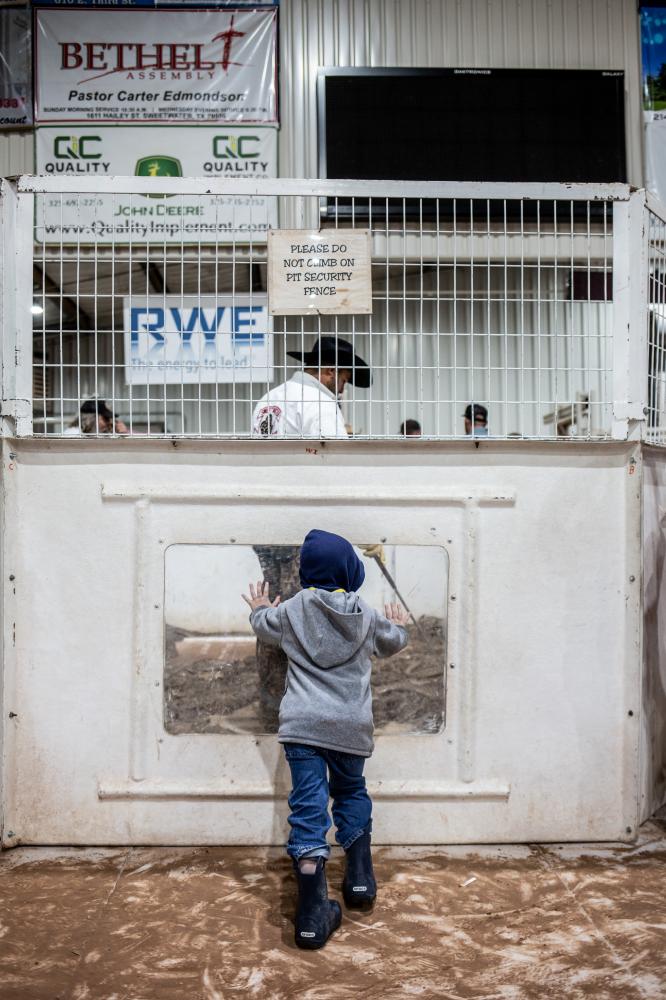 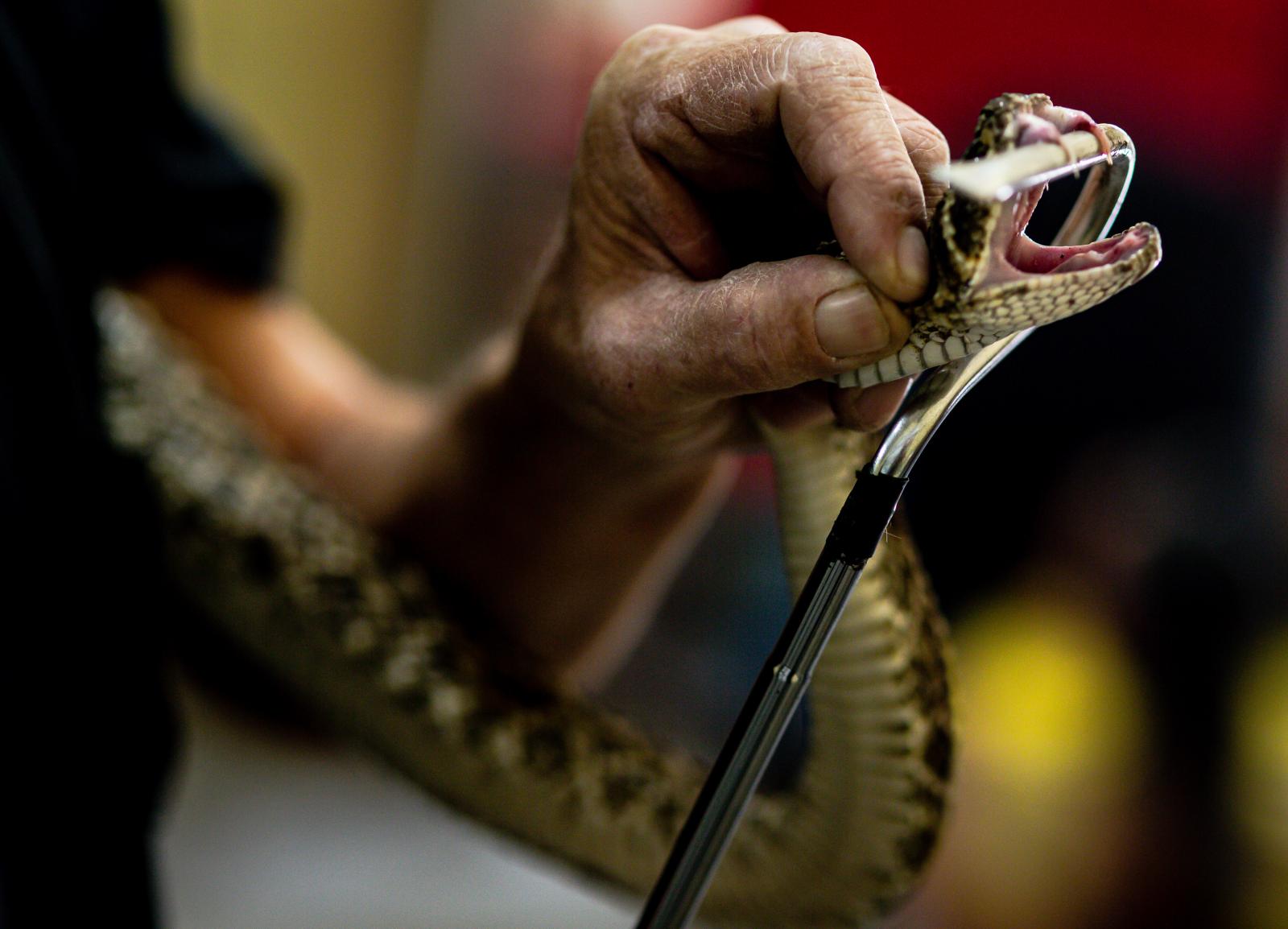 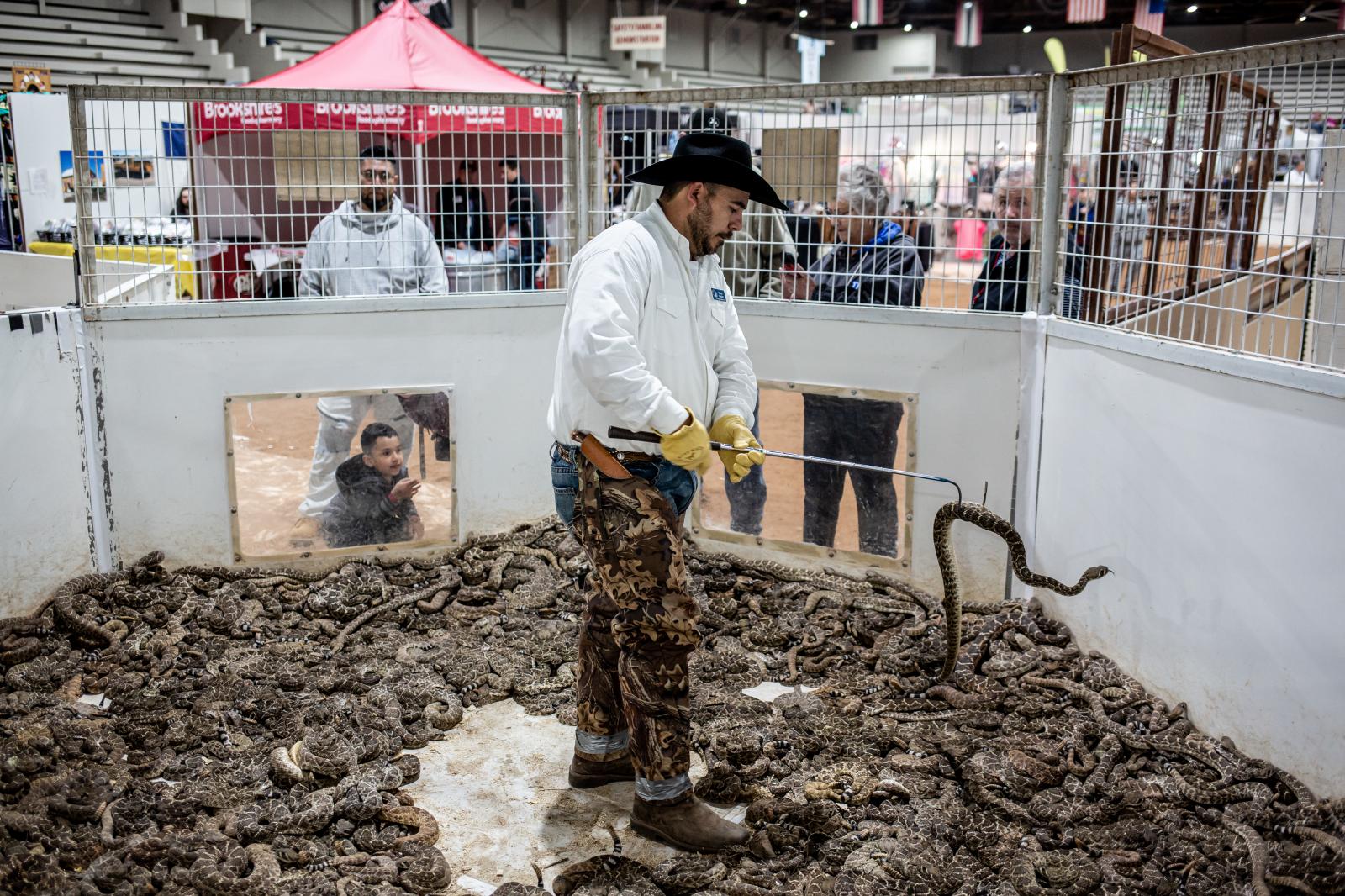 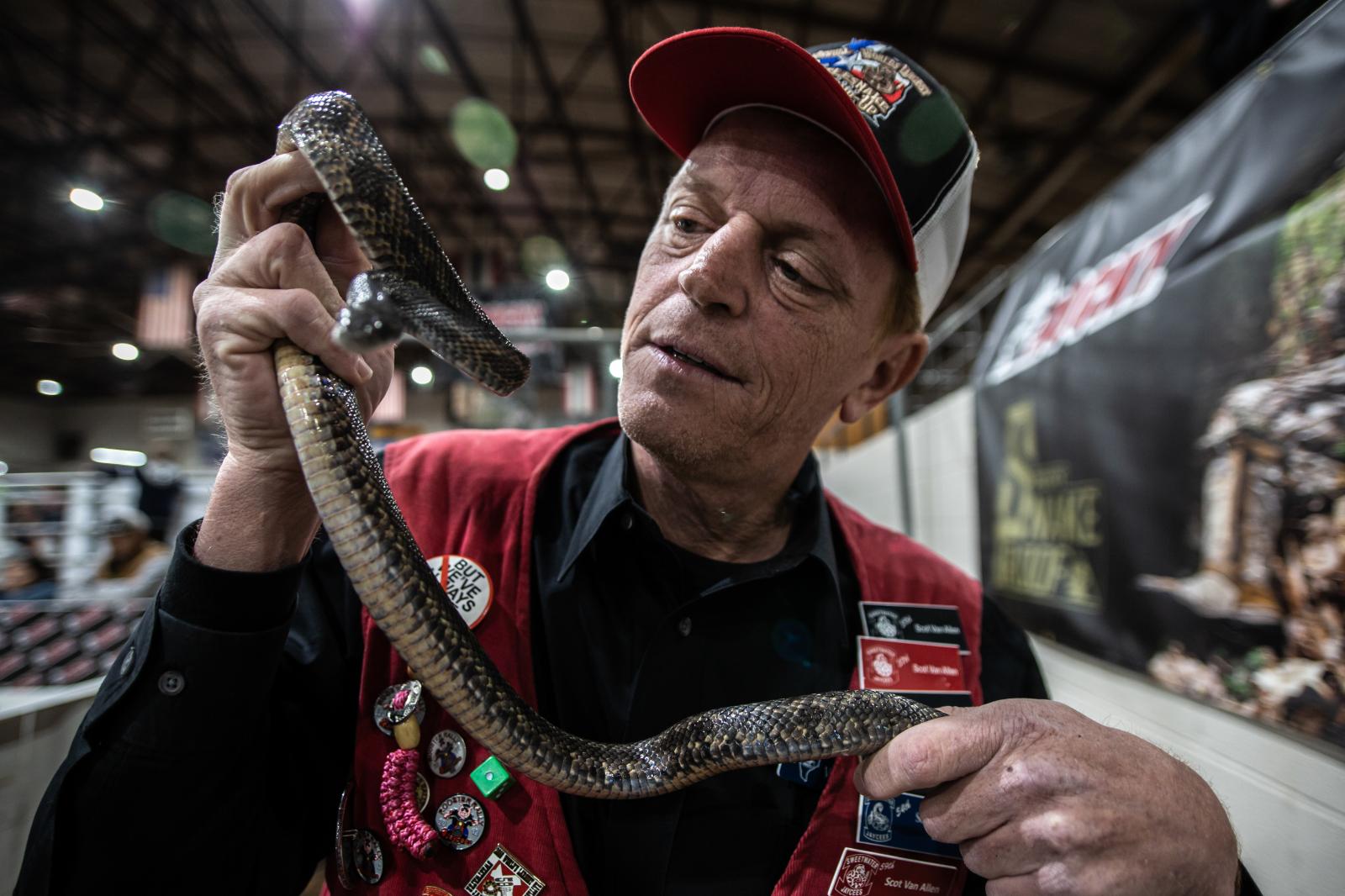 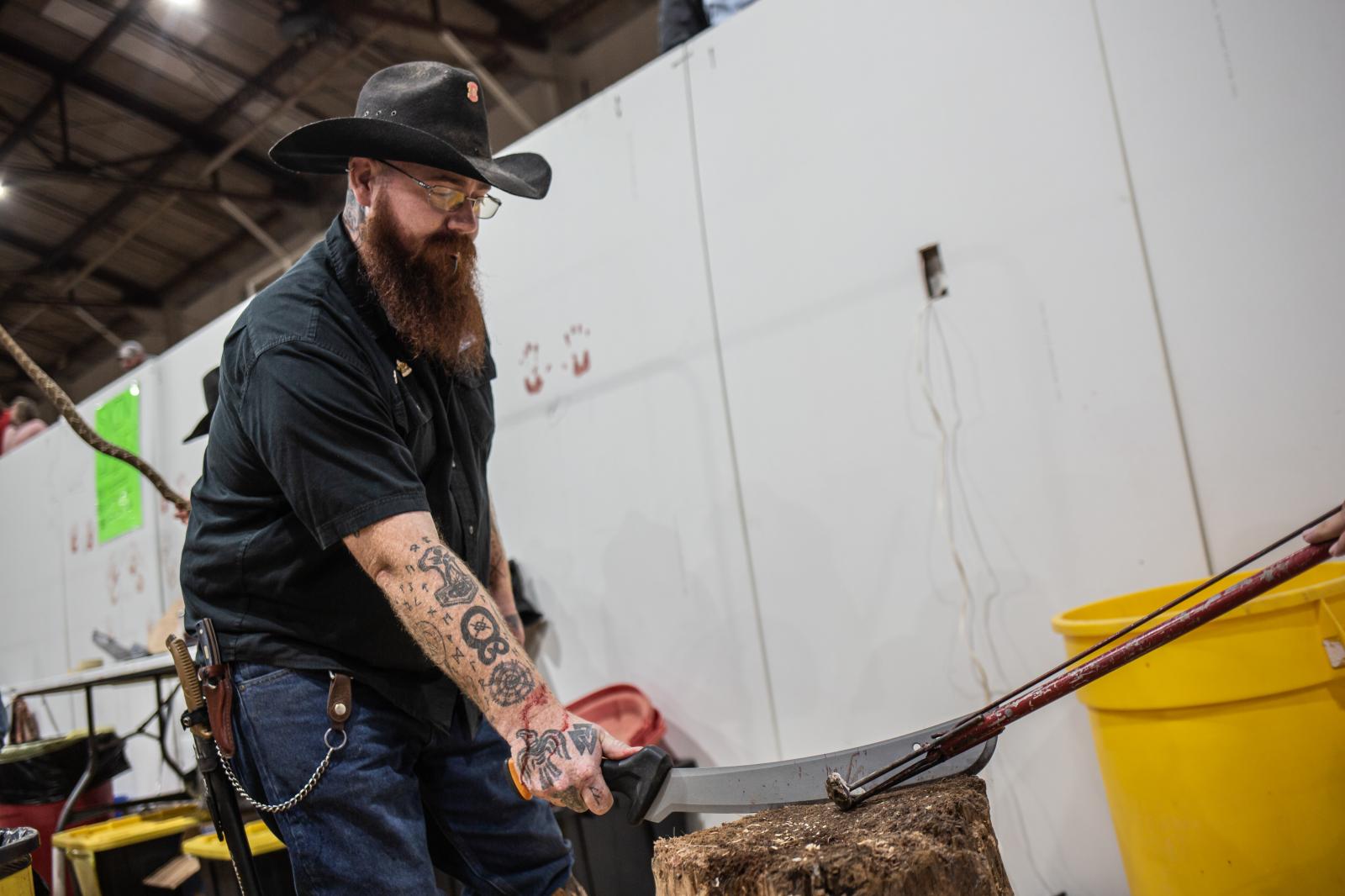 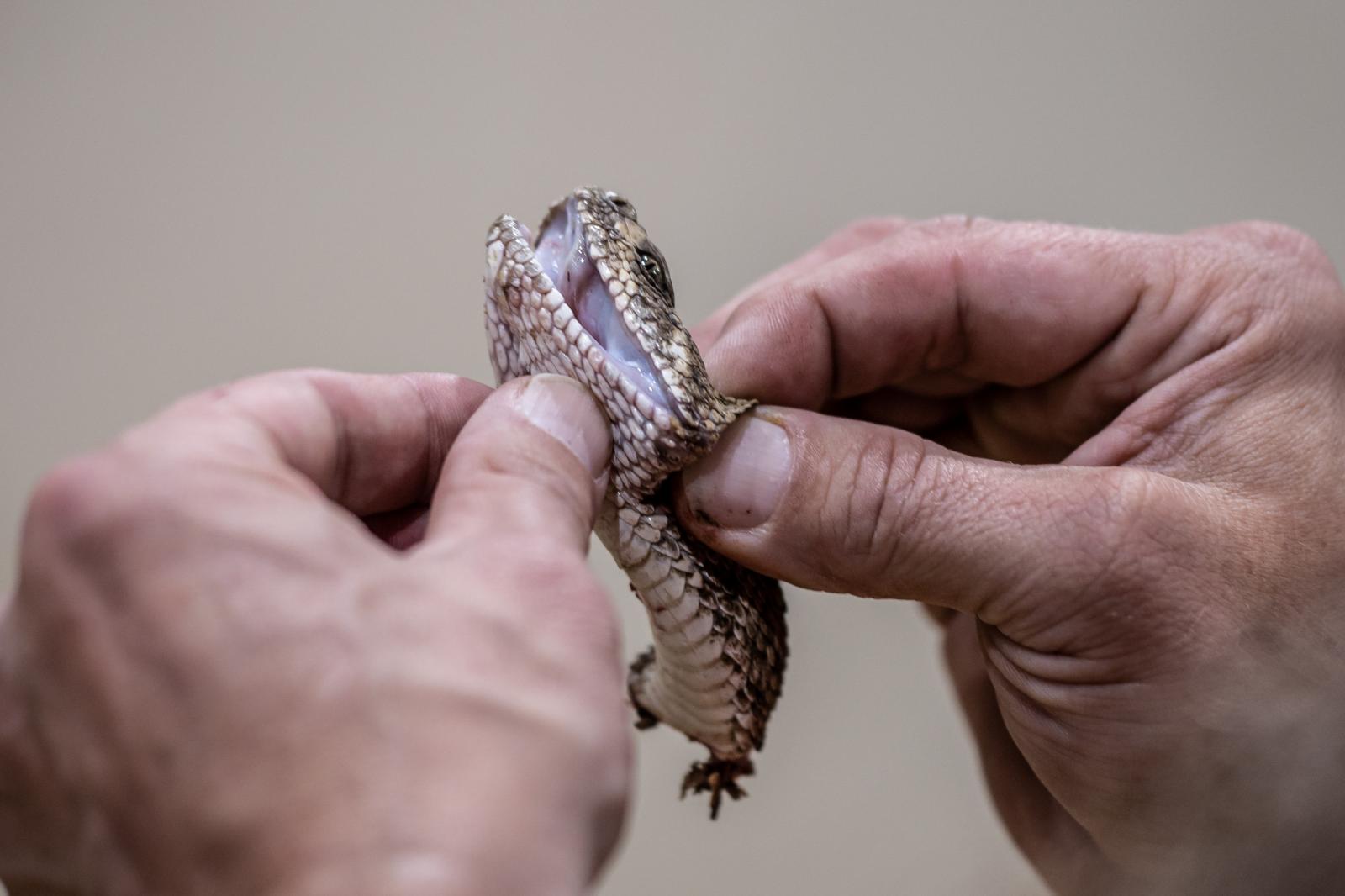 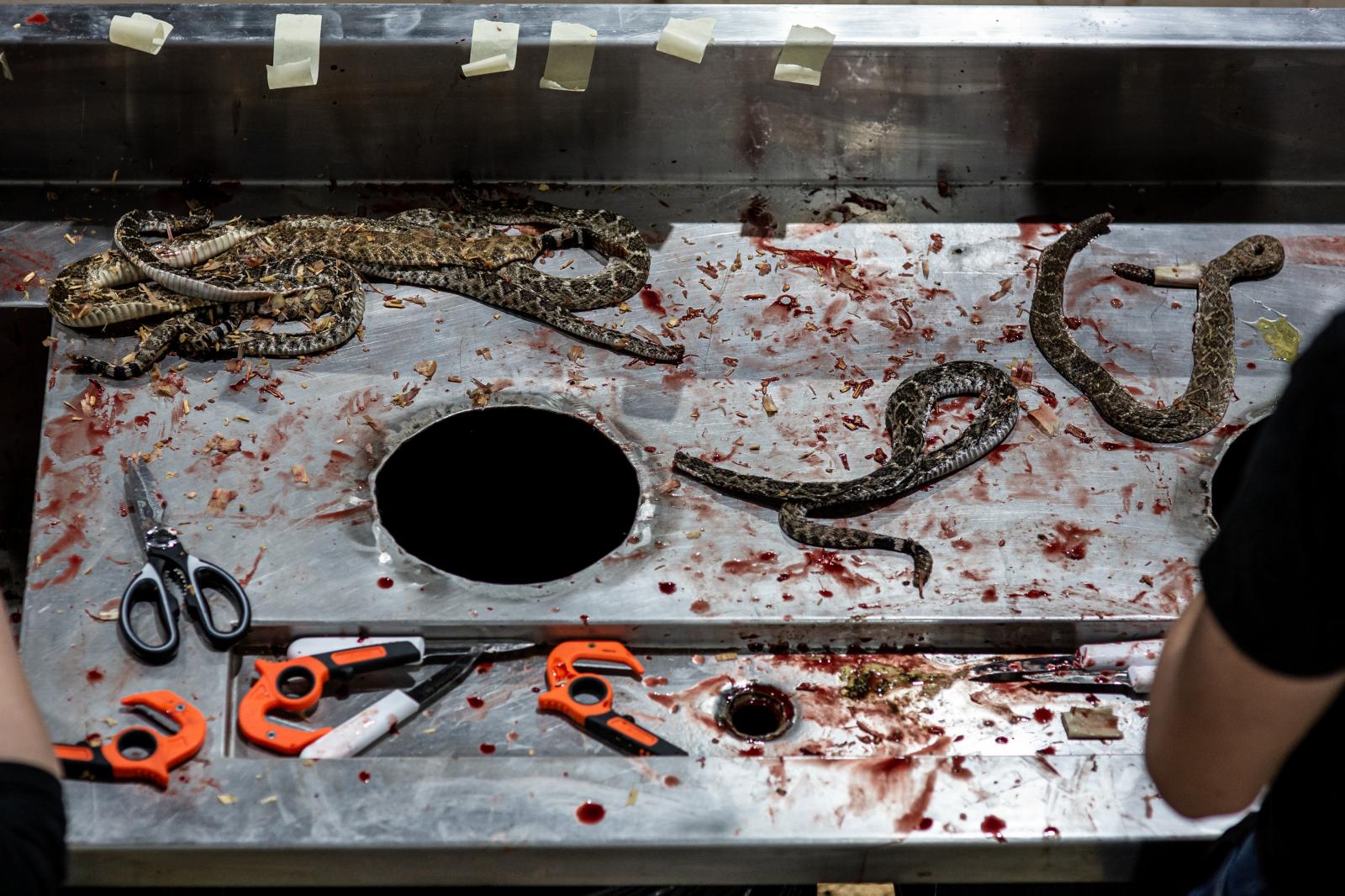 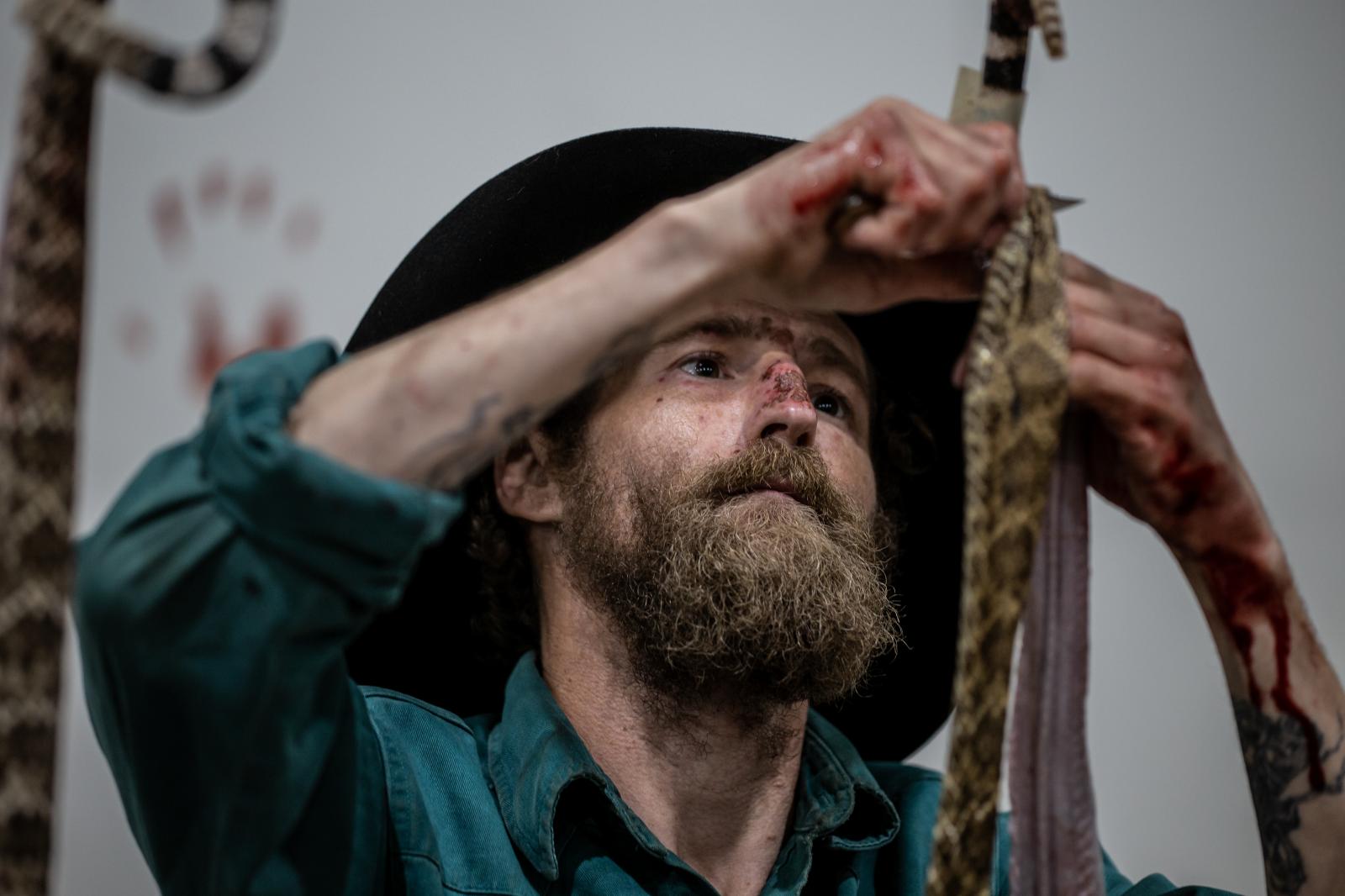 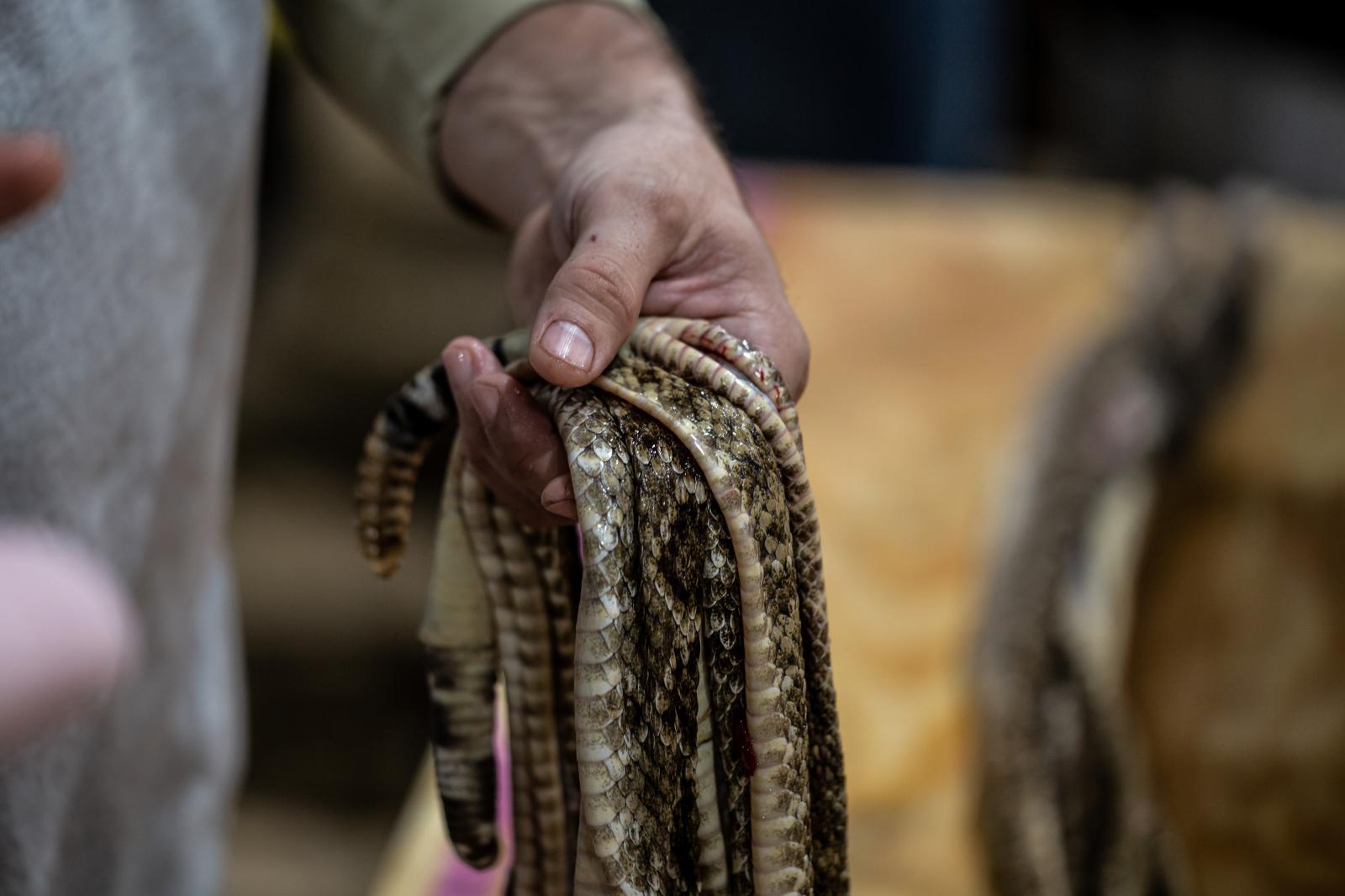 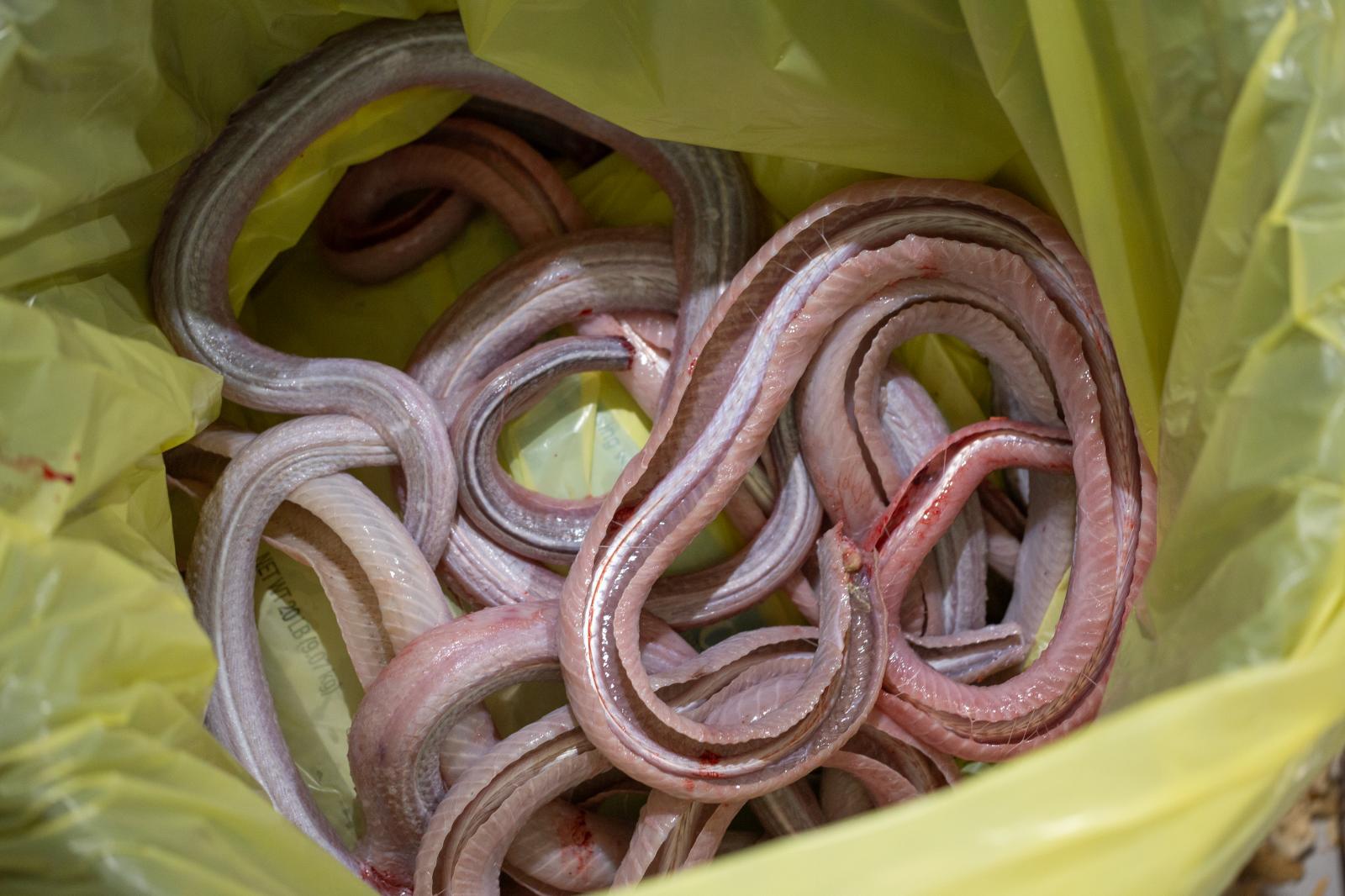 14 of 20 © 2021 Chris Rusanowsky
Headless and skinless snakes are placed in a yellow-colored trash bag that goes to a kitchen, where it is cleaned and cooked for visitors at the 62nd Rattlesnake Roundup in Sweetwater, TX. 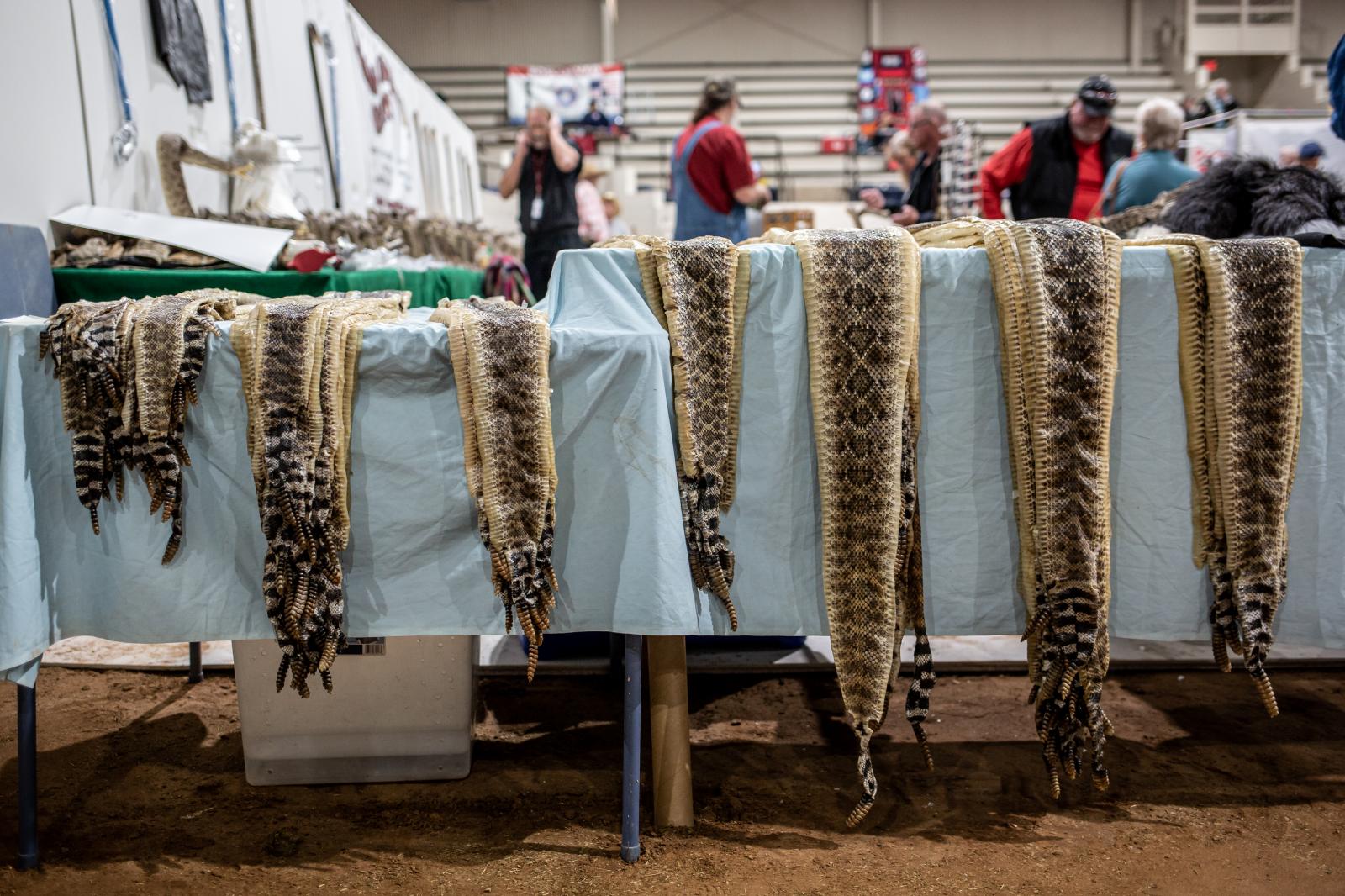 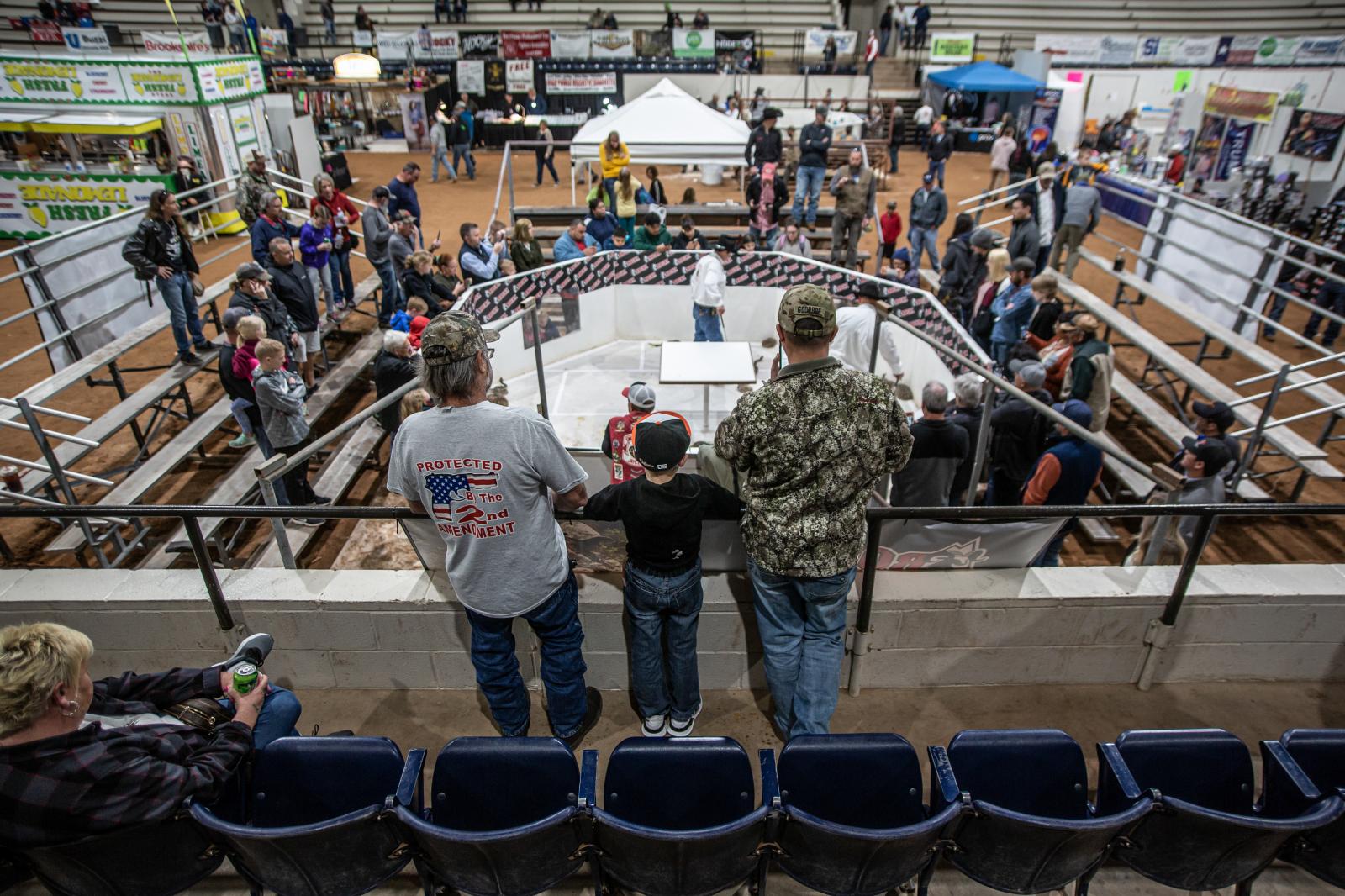 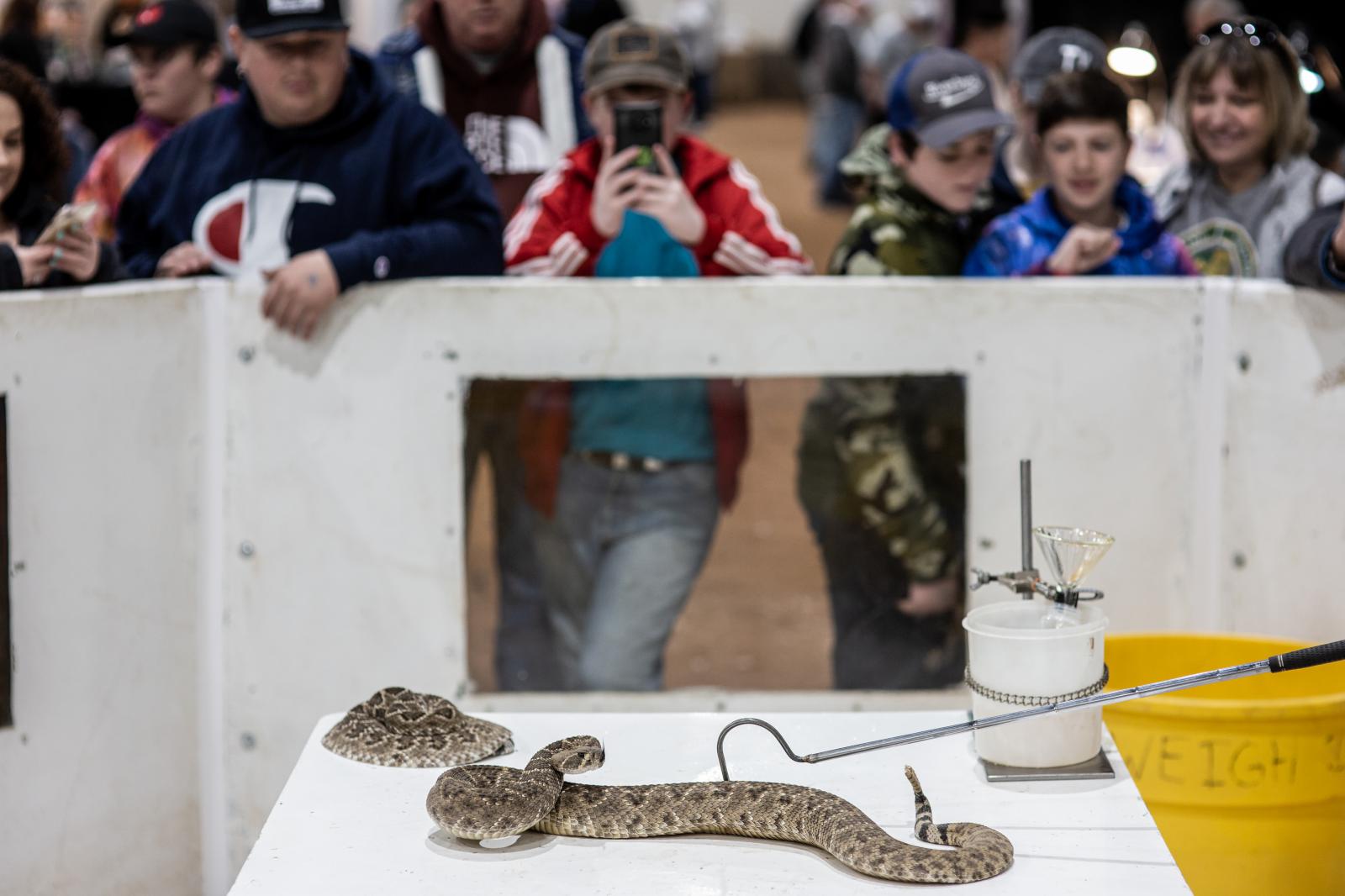 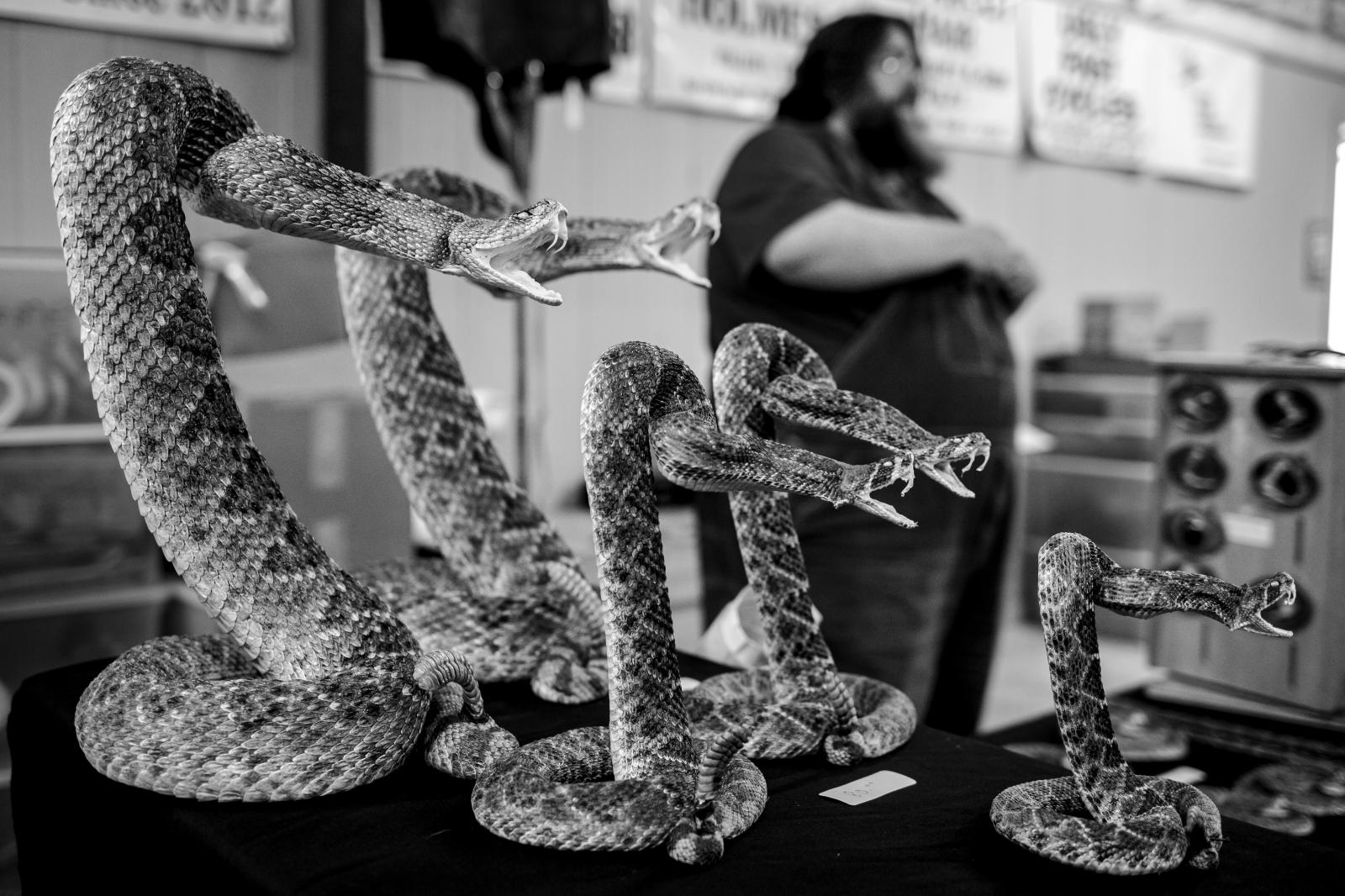 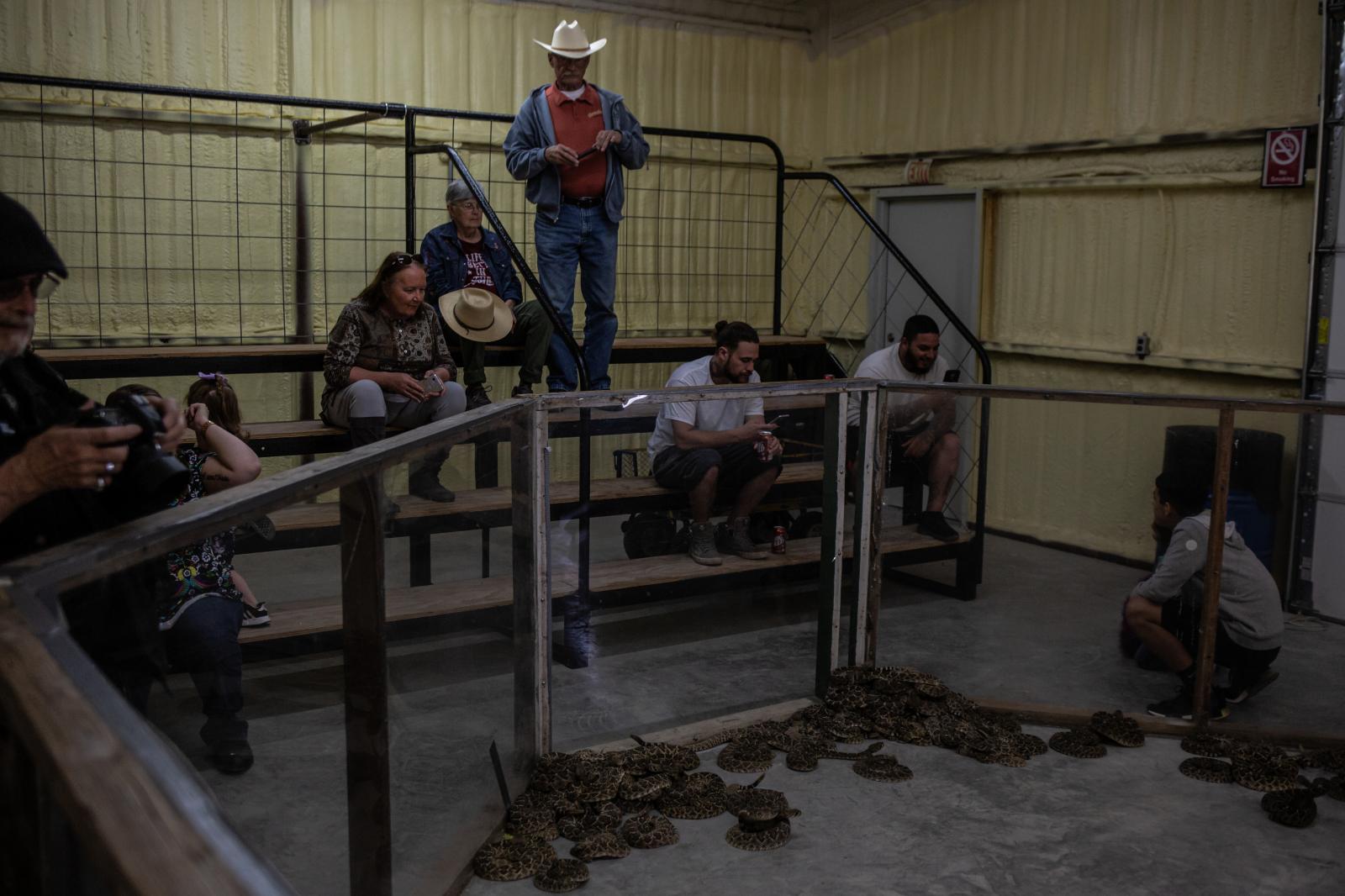 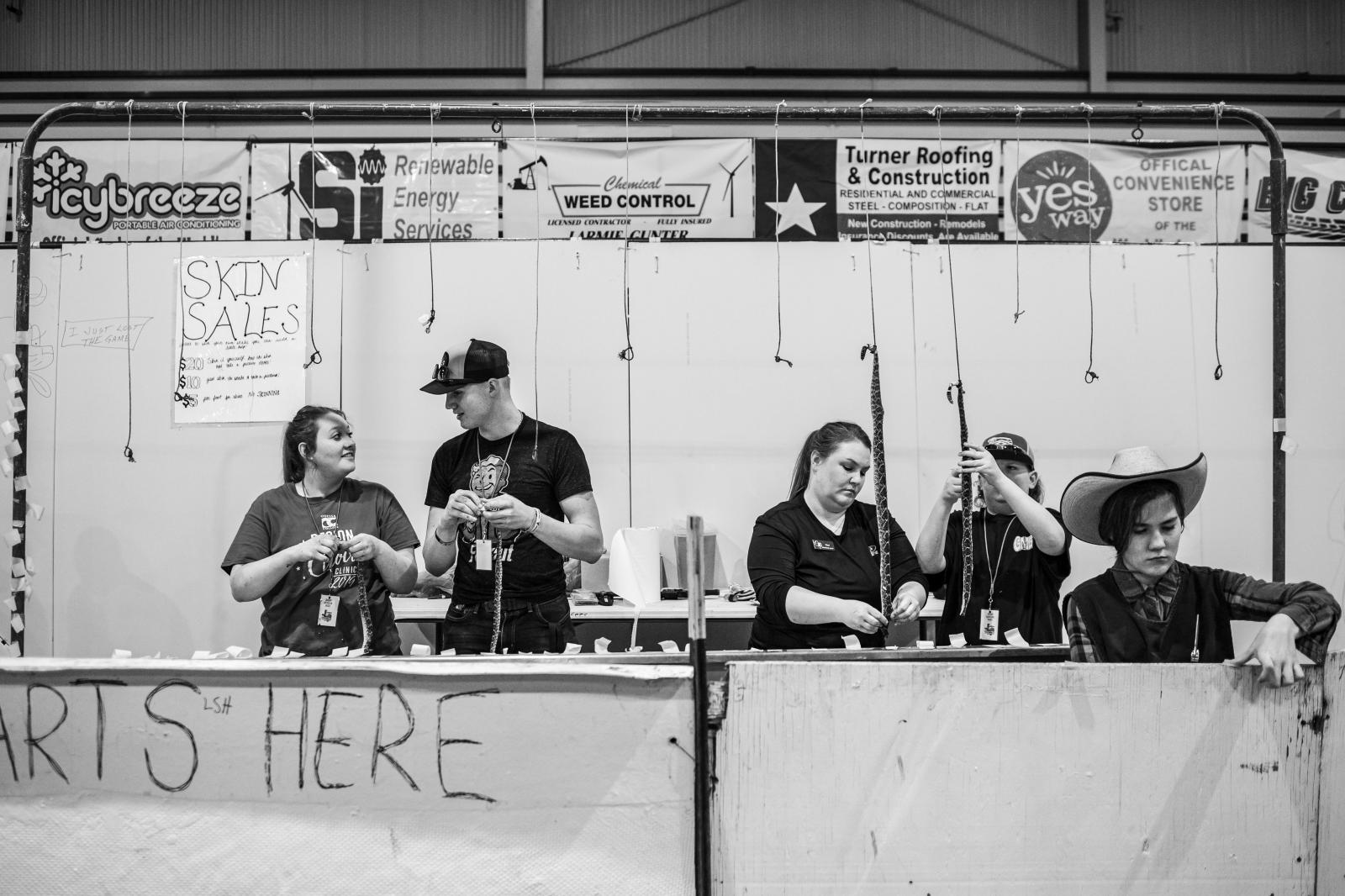