Location: Washington DC
Nationality: American
Biography:     When I was 11 years old I won a red ribbon at the Indiana State Fair in photography. It was for a series of photos I took of our cats. My family went to Michigan that summer for vacation, I didn’t find out about the prize... read on
Focus: Photographer, Photojournalist, Filmmaker
Covering: USA & Canada
Skills: Research, Photo Editing, Black & White Printing 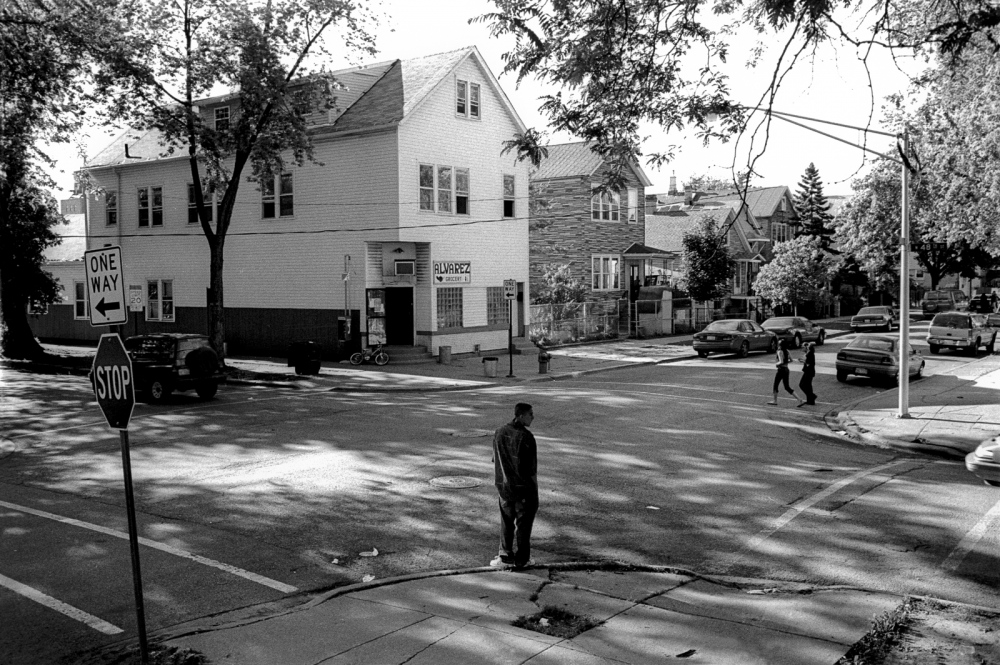 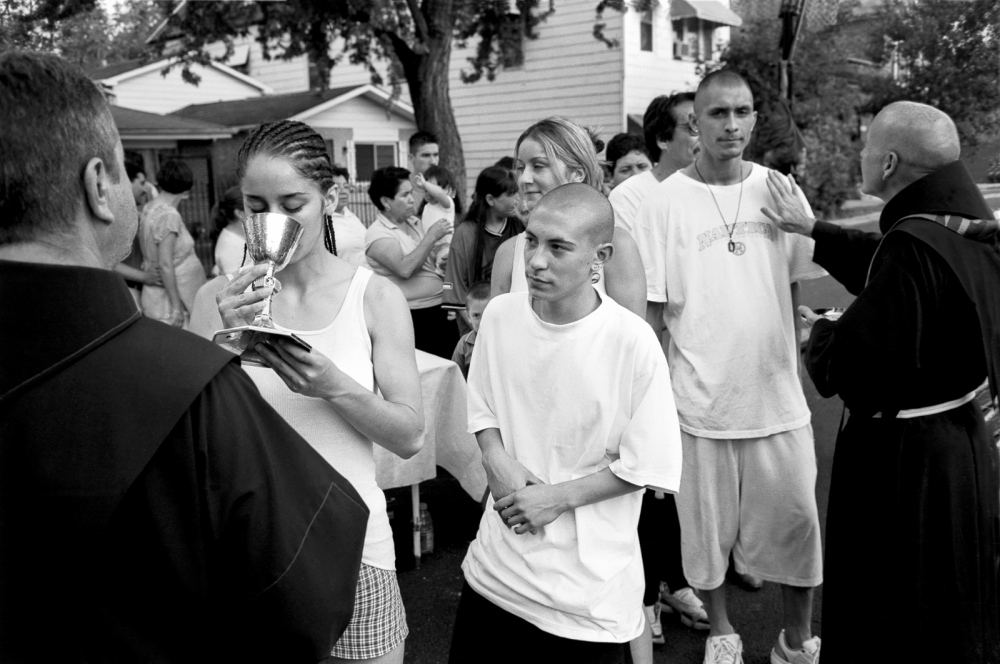 2 of 29 © 2021 Robb Hill
Cynthia takes communion during a street mass lead by Benedictine monks from the local monastery a few blocks away. The Catholic faith is deeply held by most living in the Back of the Yards. 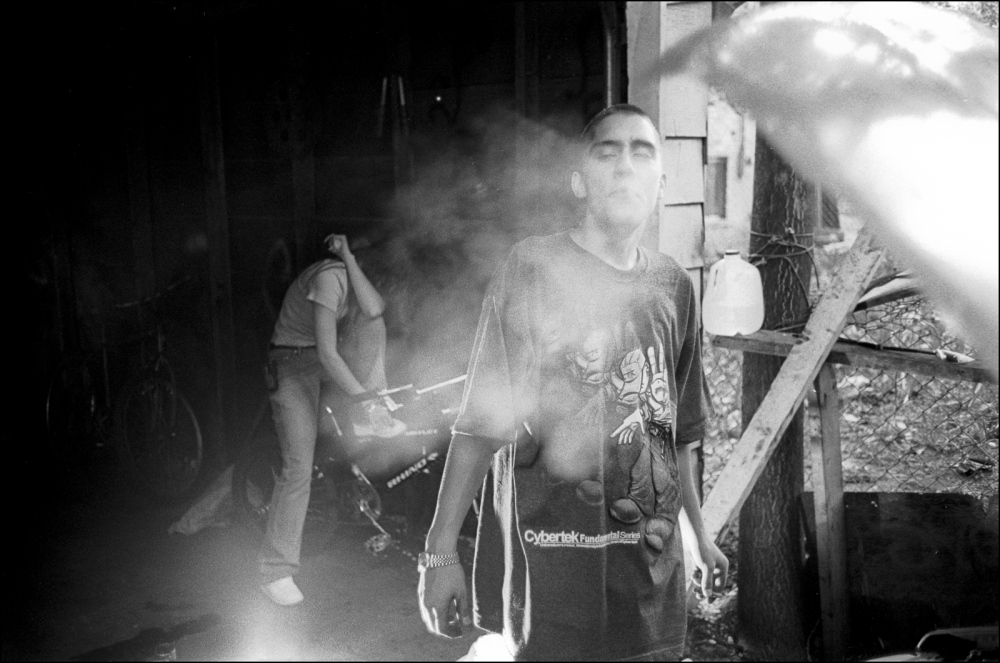 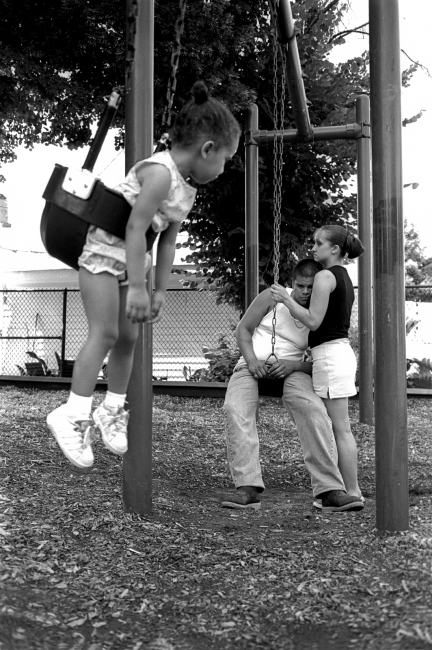 4 of 29 © 2021 Robb Hill
Stephanie holds her boyfriend in Laflin Park while watching his daughter. Stephanie is trying to get custody of the gril because the birth mom is addicted to drugs. 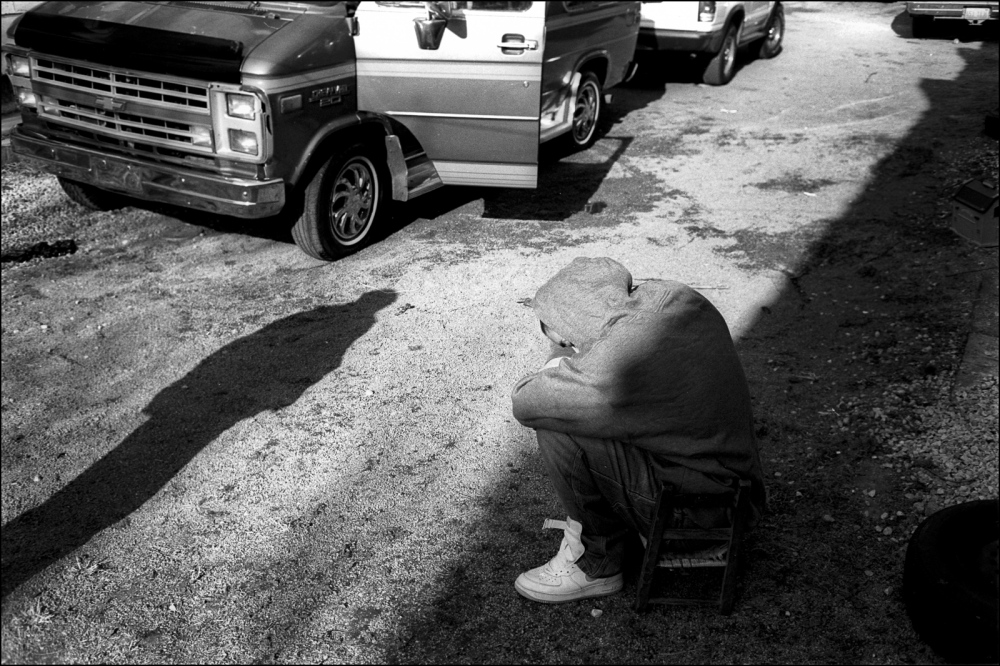 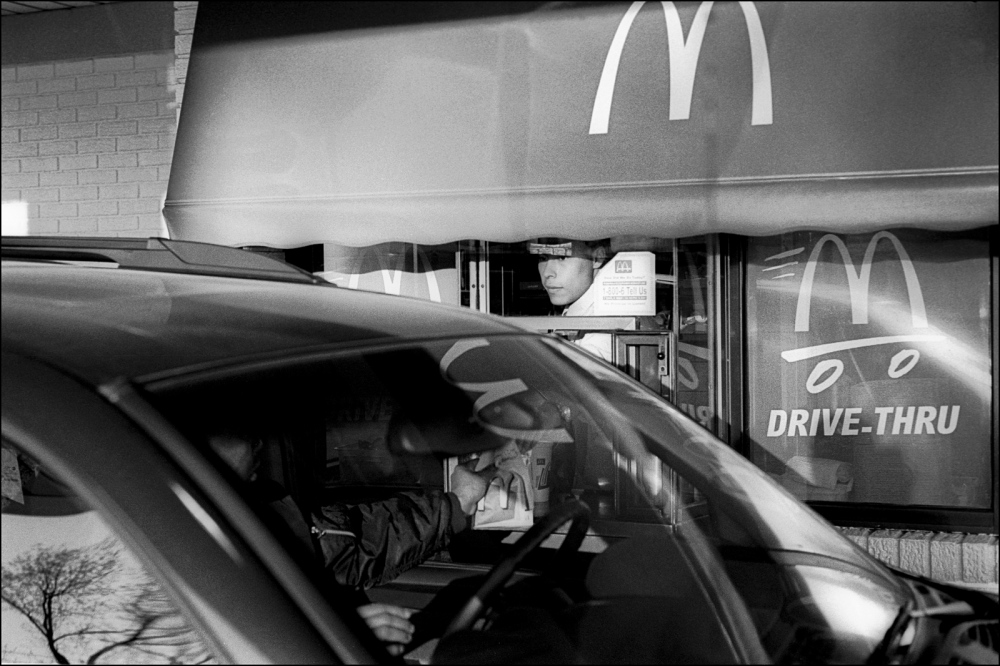 6 of 29 © 2021 Robb Hill
Julio works the AM shift on a Saturday. Julio wanted a legitimate job but figured out ways to pocket a little extra money from the register during each shift. 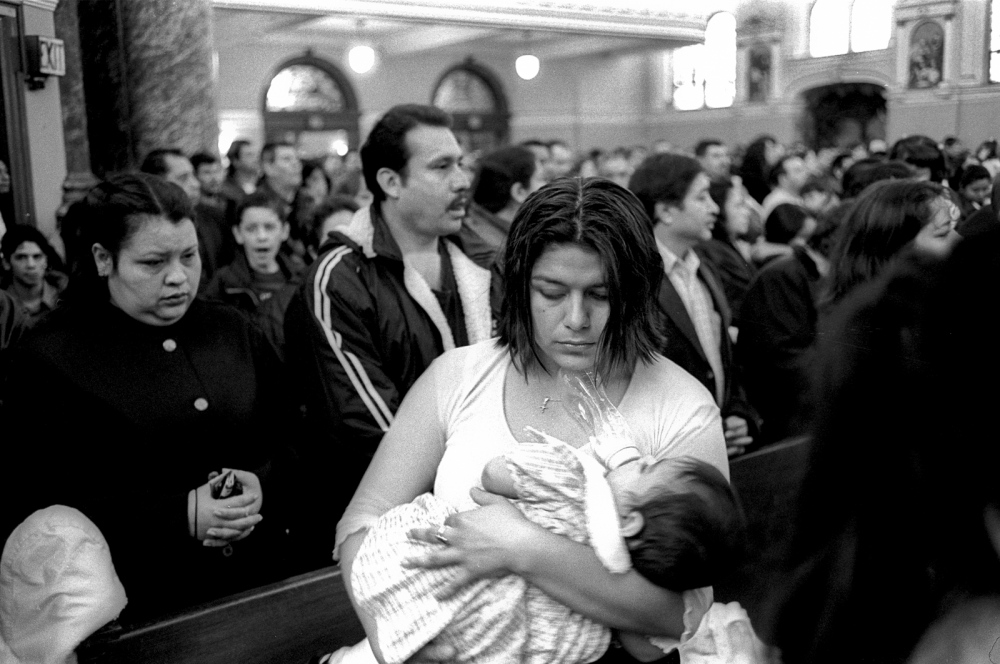 7 of 29 © 2021 Robb Hill
Miriam holds one of her children during Easter Mass. Miriam hopes to go to college but getting financial help is difficult because she is an illegal immigrant. 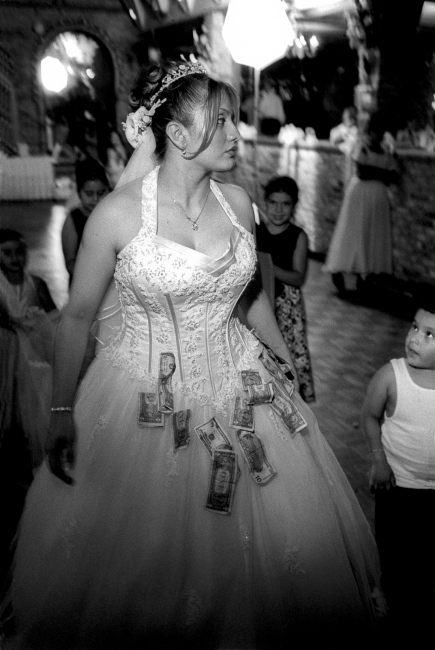 8 of 29 © 2021 Robb Hill
Karen collects cash during the dollar dance at her wedding. She is happy about her marriage but happier that she's about to finish school. 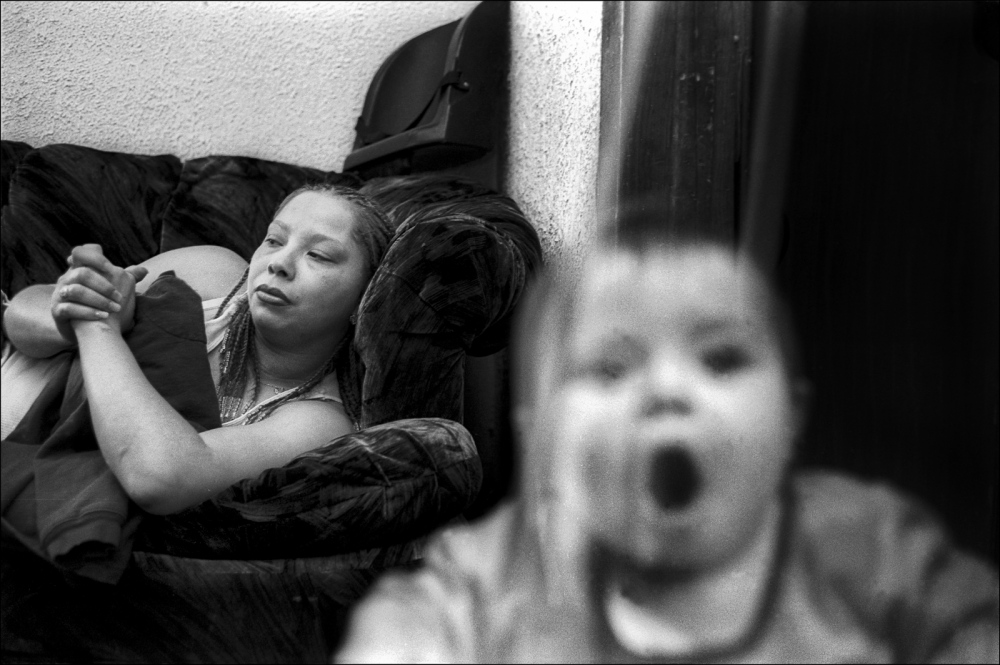 9 of 29 © 2021 Robb Hill
Norma rests after school while her third child, Alyiah, plays. Norma's children are all with the same boyfriend but they don't want to get married. 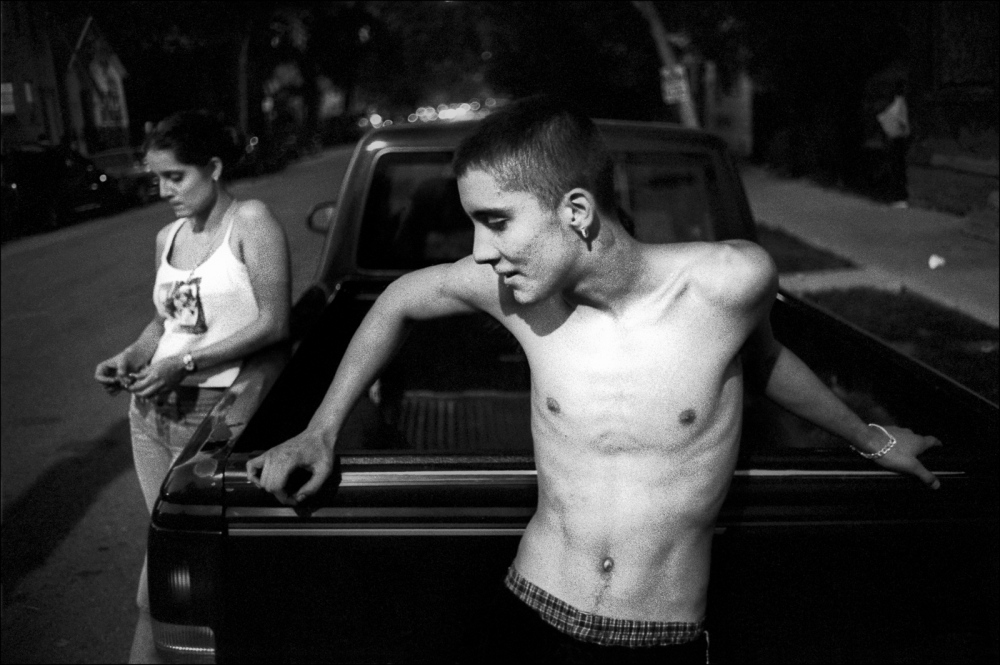 10 of 29 © 2021 Robb Hill
Michael and his sister, Terri, hang out in front of their house on a Saturday night. Terri just came home from work and they were hoping to find a party. 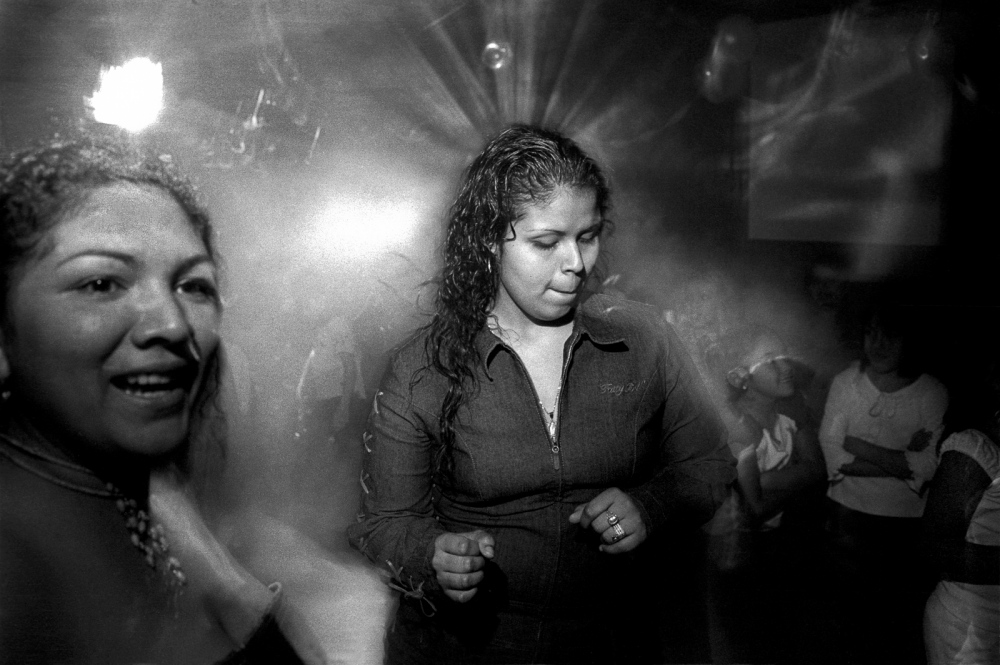 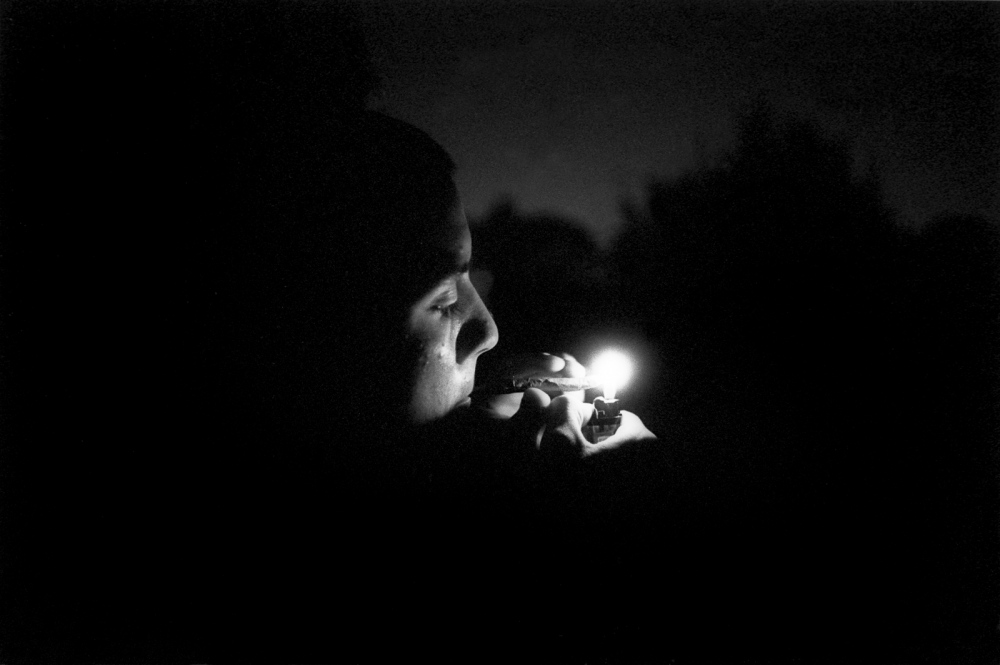 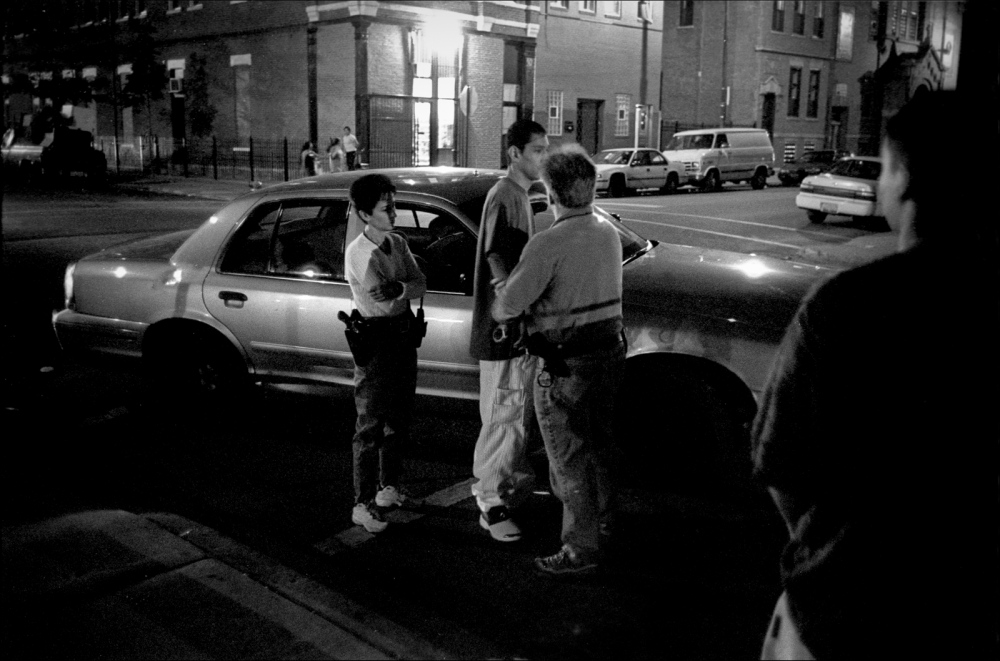 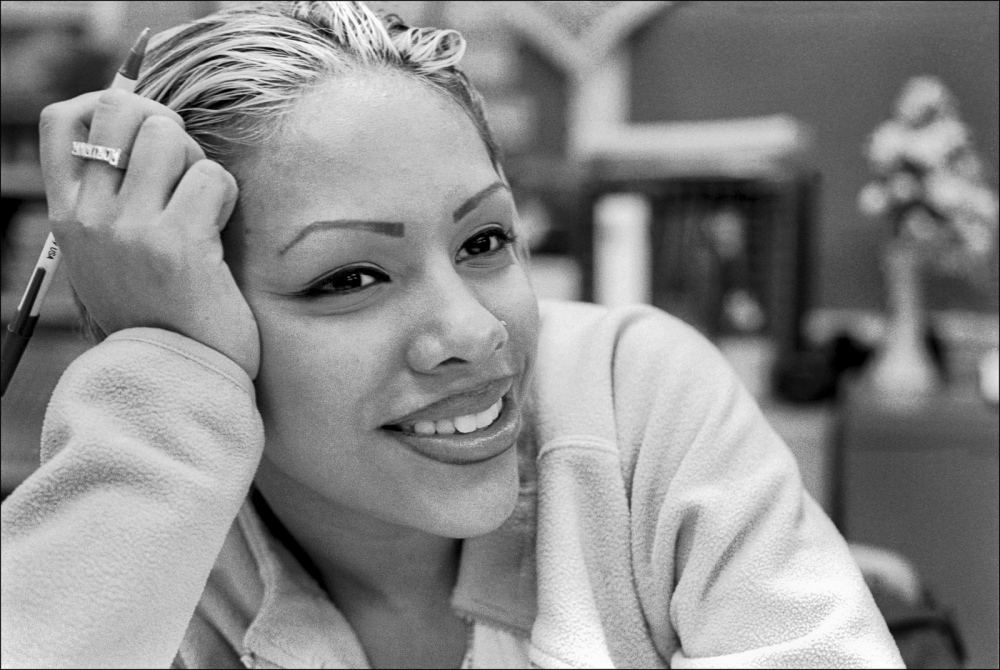 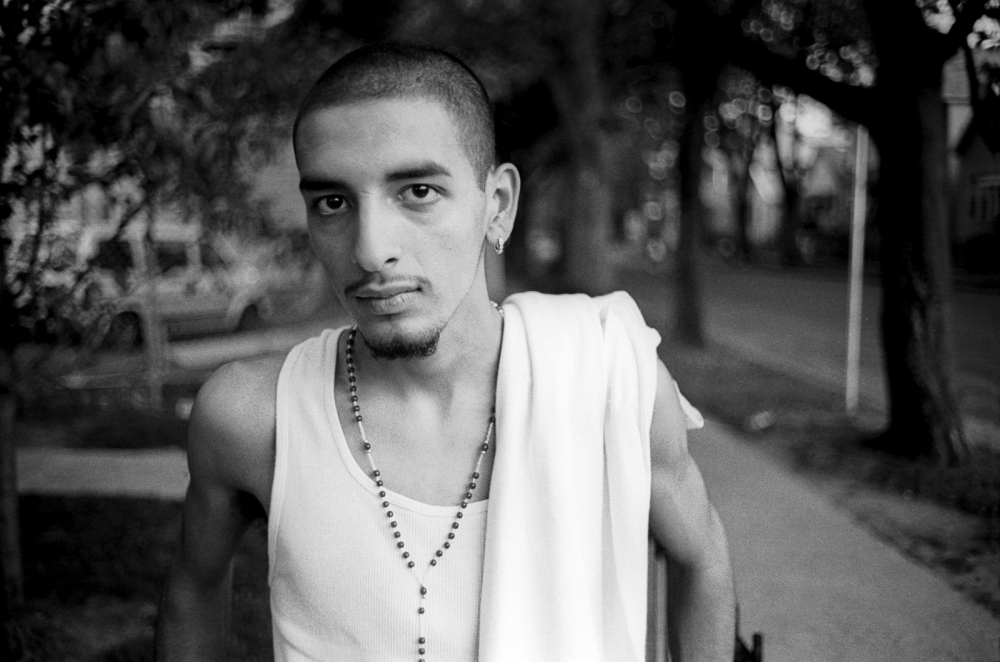 15 of 29 © 2021 Robb Hill
Jesus stands watch on the corner of 48th and Bishop because word spread that a rival gang was coming into the neighborhood. 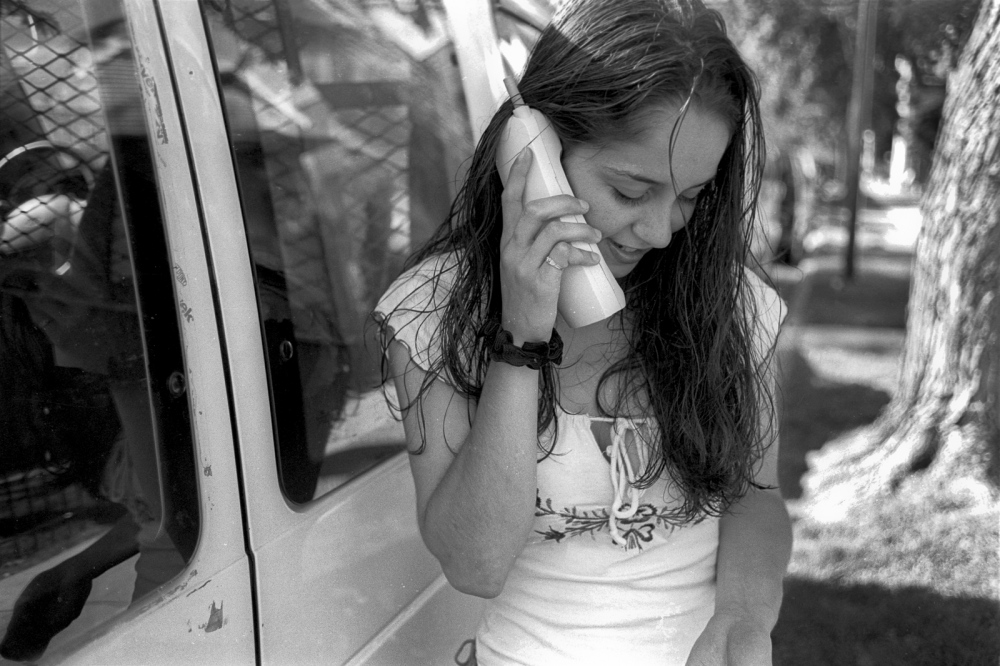 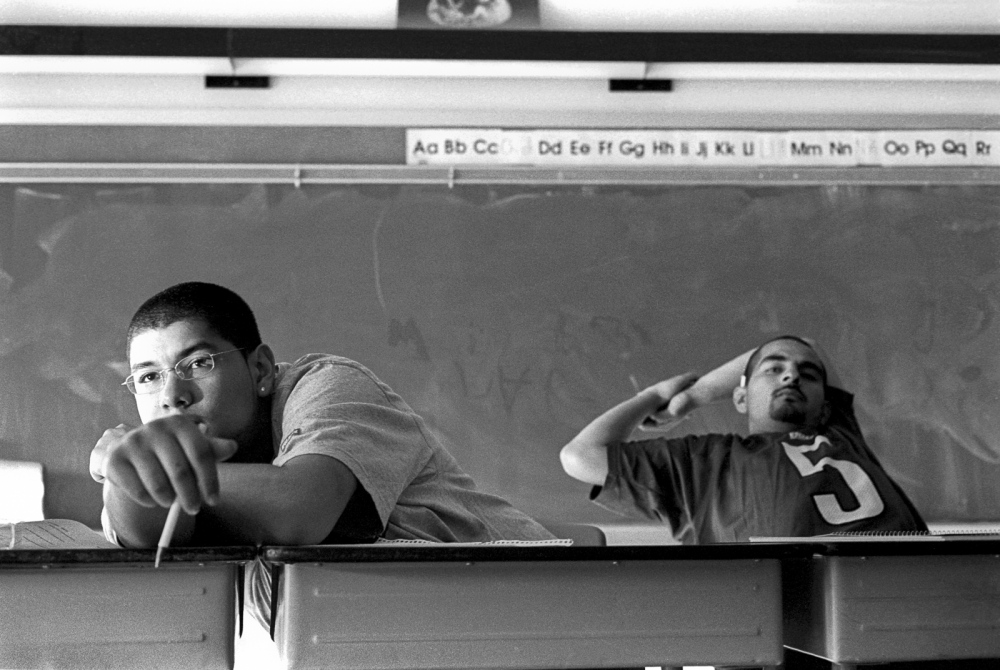 17 of 29 © 2021 Robb Hill
Salvador and Joe in Social Studies class at Second Chance High School. Salvador was arrested for shooting someone. Joe finished school and found work in construction. 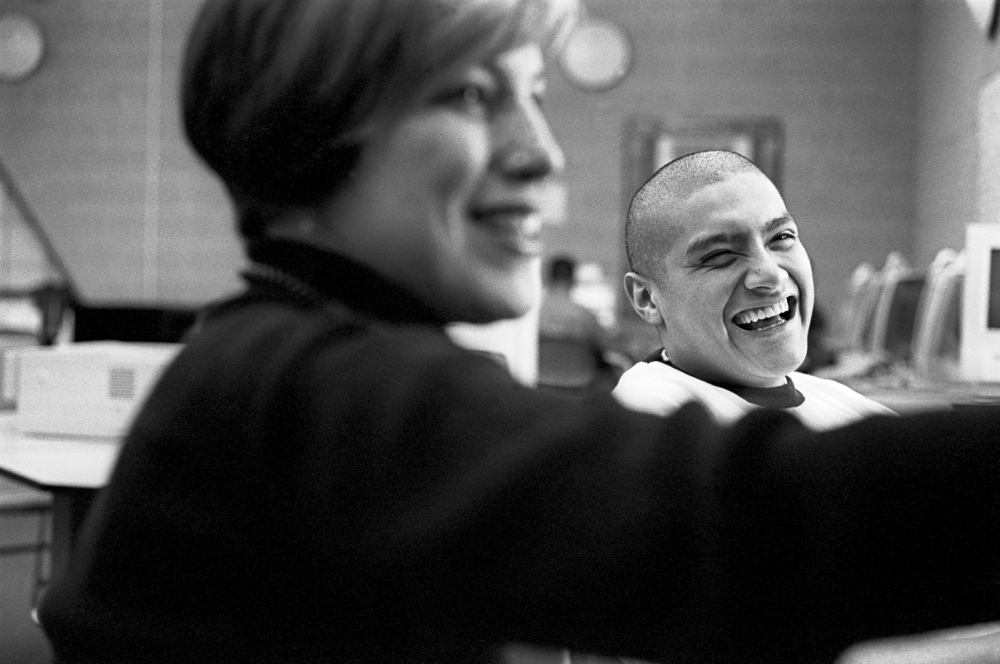 18 of 29 © 2021 Robb Hill
Isaias jokes with his teacher, Patty, in the computer room. Isaias was eventually expelled for missing too many days. 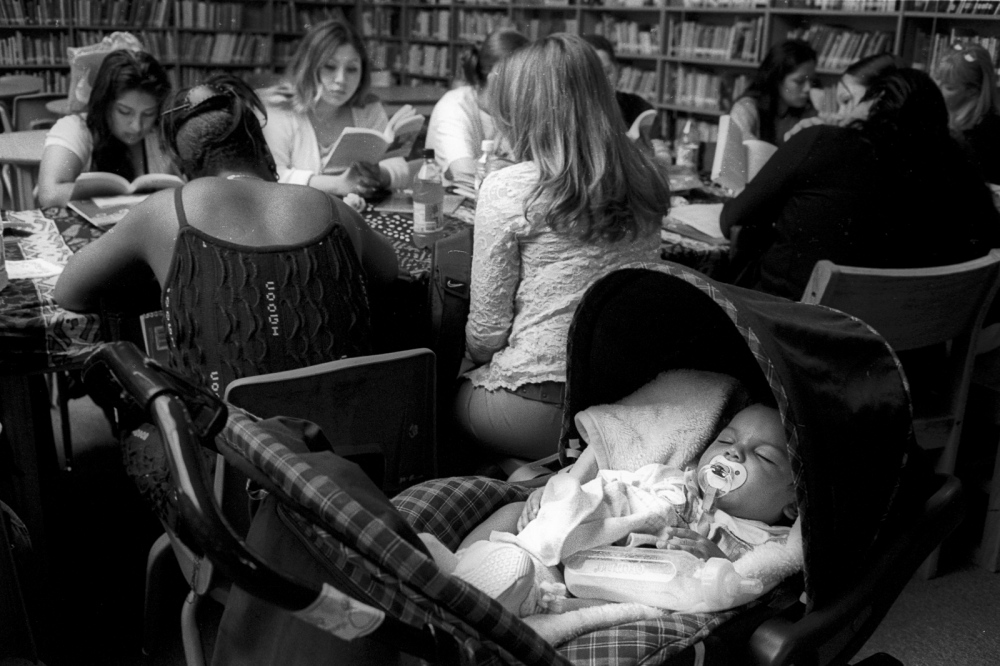 19 of 29 © 2021 Robb Hill
Karen's daughter naps during a girls-only writing class in the school library. School policy was that students were not supposed to bring their to class but it happens fairly often. 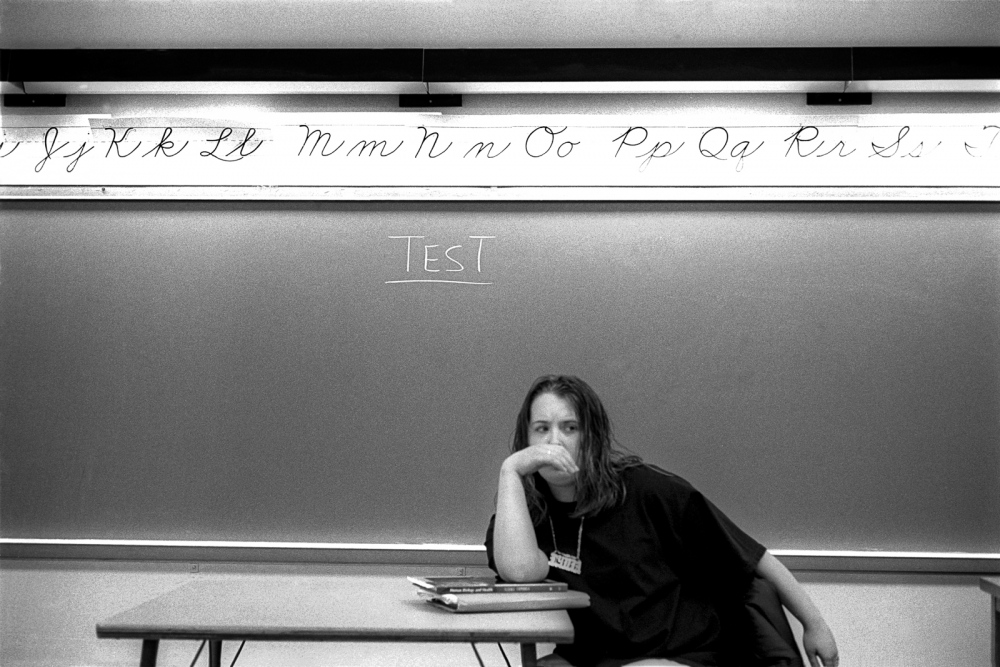 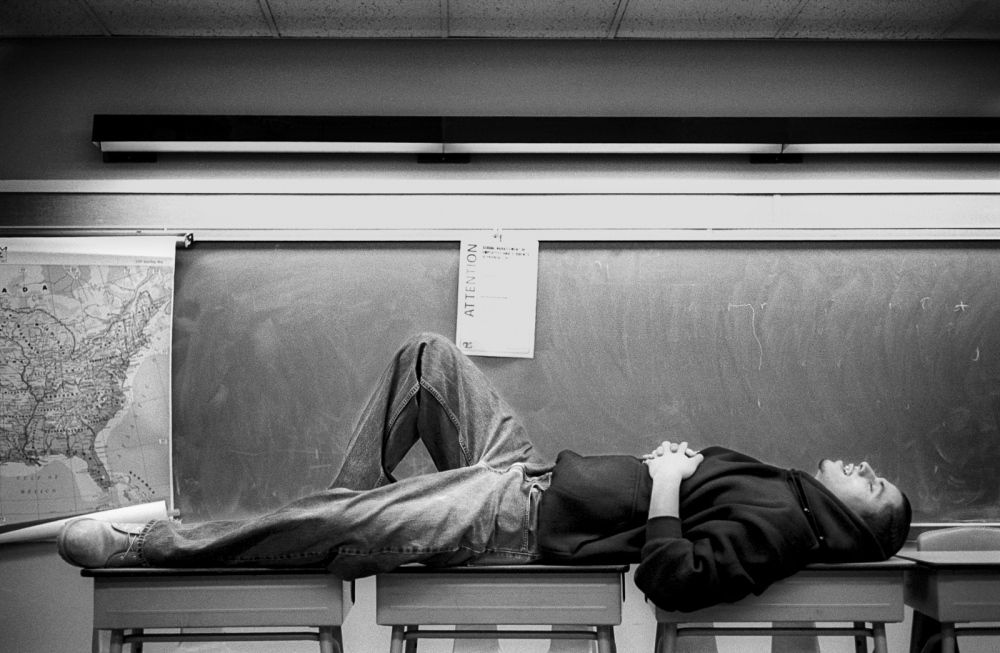 21 of 29 © 2021 Robb Hill
Jesus chills between classes. Second Chance doesn't have its own building and holds class in Cesar Chavez Elementary School after the younger kids are done for the day. 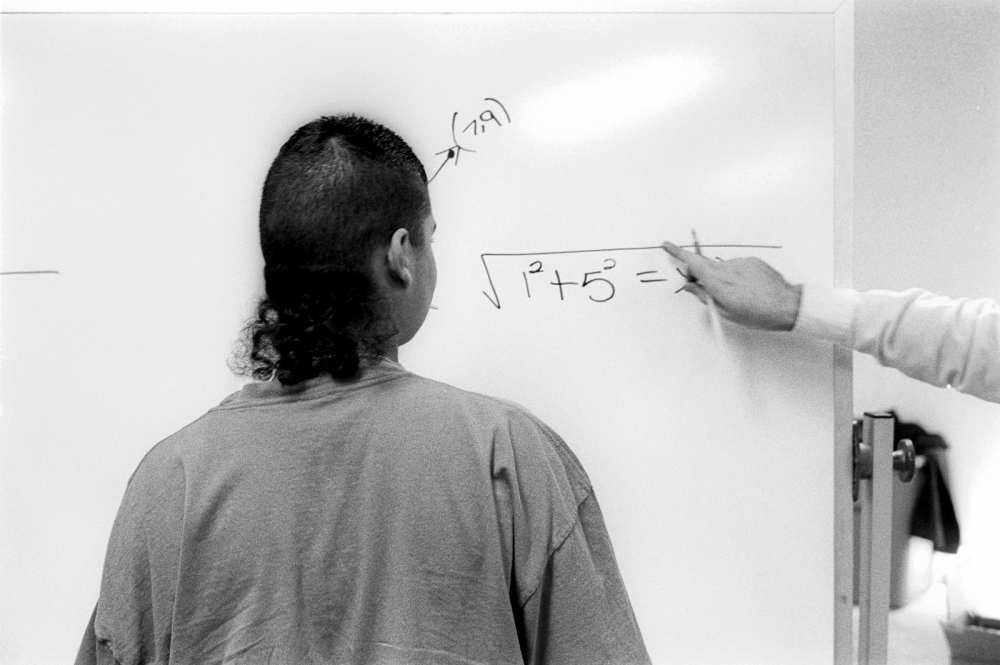 22 of 29 © 2021 Robb Hill
Jose learns math. Jose was later jailed for beating someone to death as part of a gang ritual. 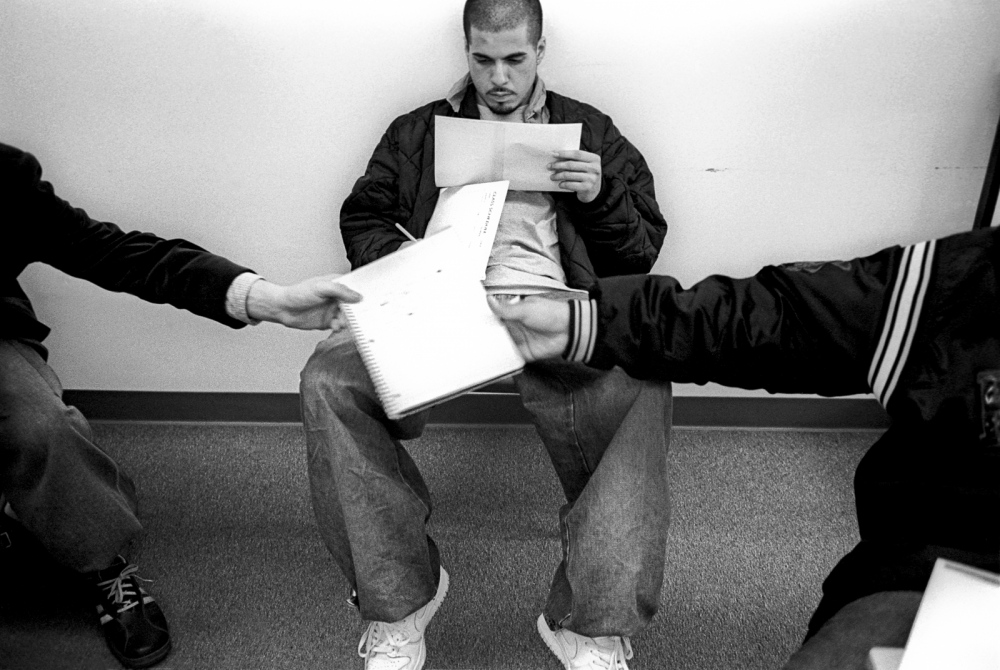 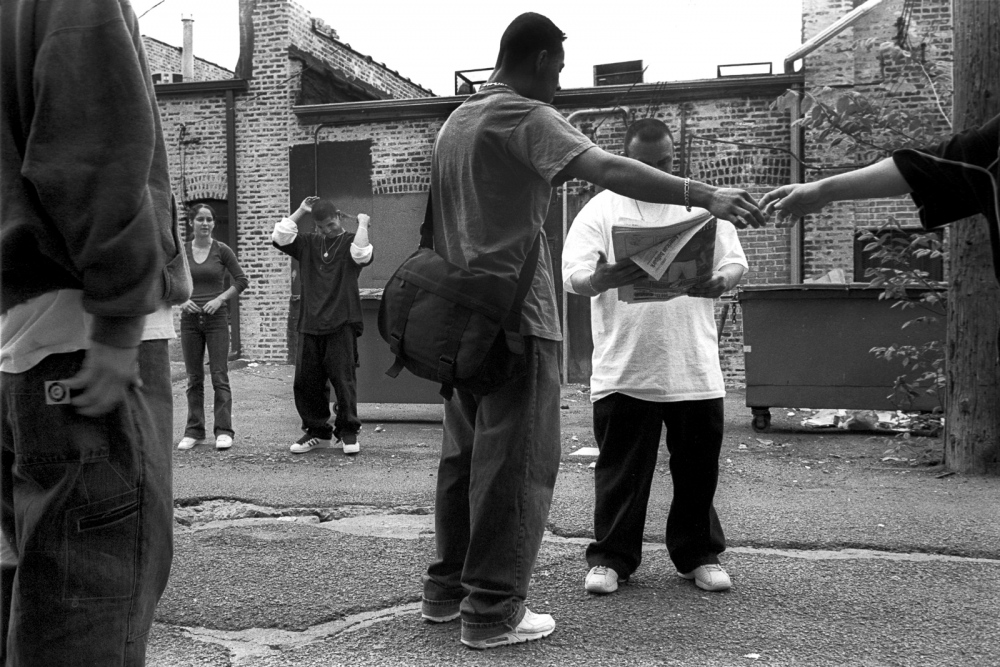 24 of 29 © 2021 Robb Hill
Students wait before class in the alley behind the Cesar Chavez Elementary school. 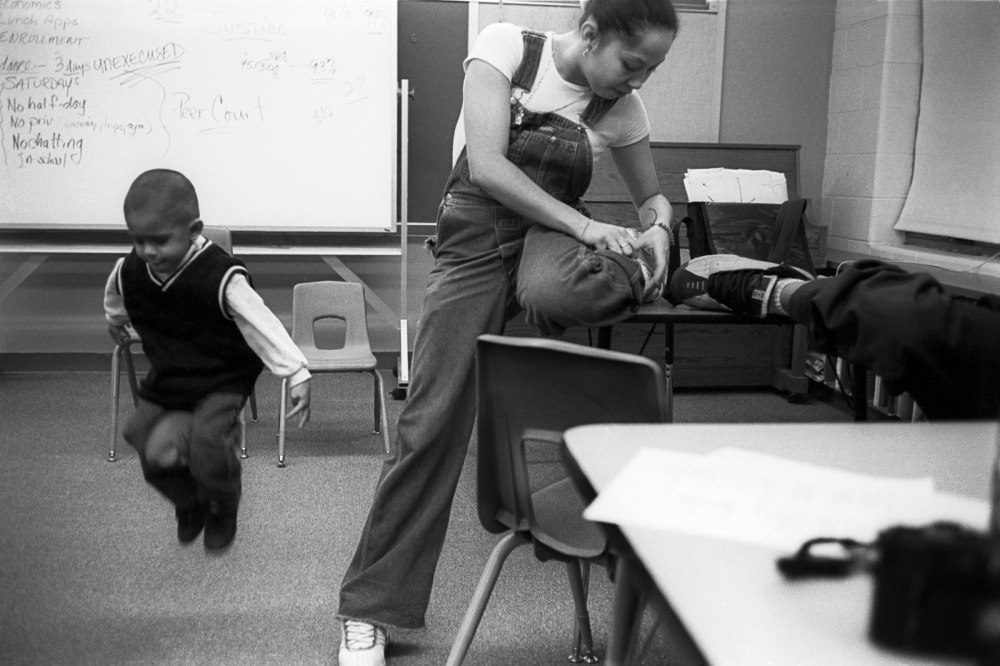 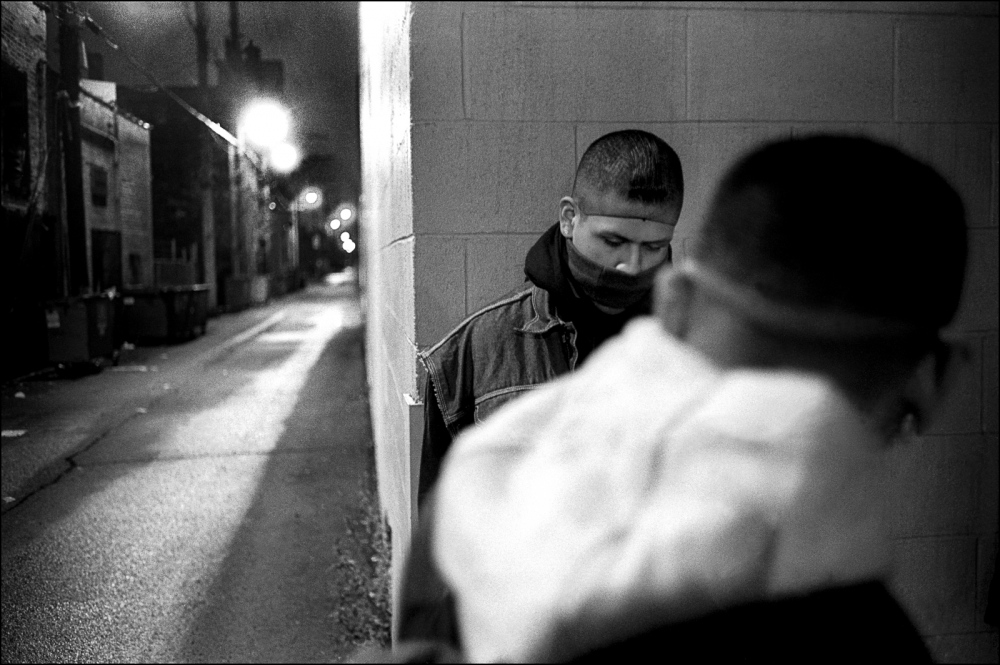 26 of 29 © 2021 Robb Hill
Frank and Sergio skip class behind the school building. Both didn't finish school at Second Chance. 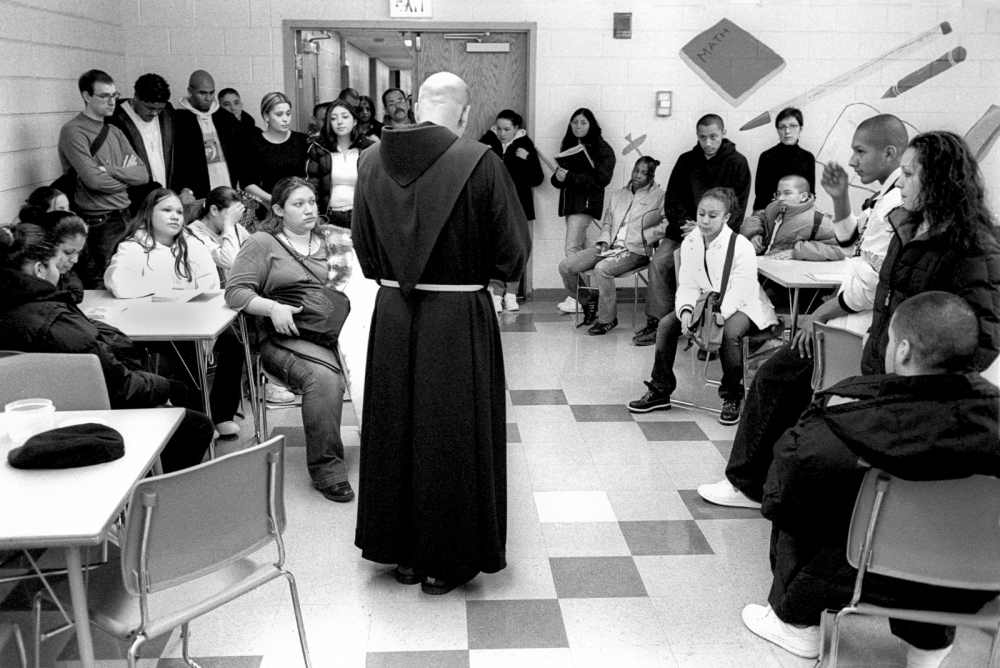 27 of 29 © 2021 Robb Hill
Father Shea prays with students on Ash Wednesday. He was not directly affiliated with Second Chance but Father Shea tried to maintain a constant presence in the lives of the students. 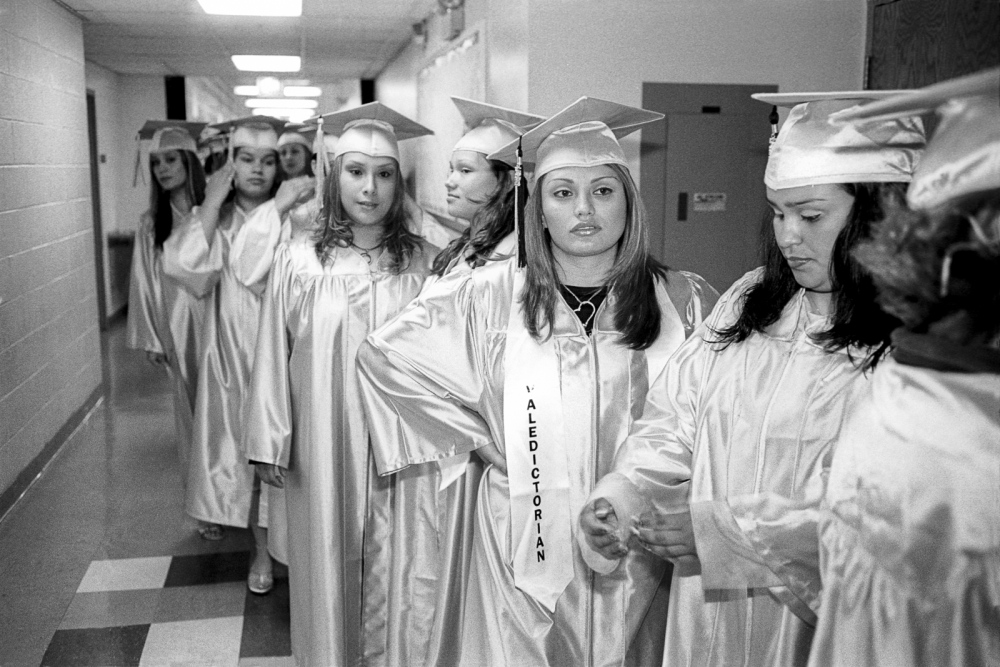 28 of 29 © 2021 Robb Hill
Karen waits with classmates for their graduation ceremony to start. Her marriage didn't last a year but she stayed focused on school and finished at the top of the class. 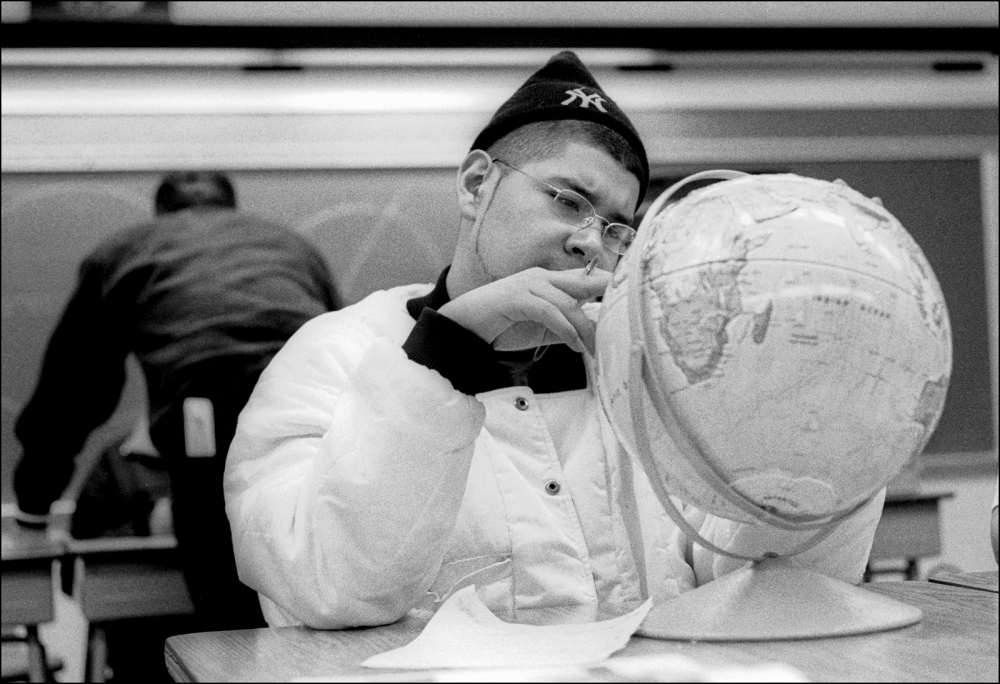 After the prom there was a party at Joe’s. It was a steamy Chicago evening, but no one had thought to get ice for the beer. Mexican music was coming from a car stereo. Despite the temperature, it was a good night to be outside, hanging with your friends. No adults, no worries, and just a couple more weeks of school.

I did not photograph much that night. Instead I talked to Sergio and Carlos and Joe and Stephanie. They were used to me being around at school but were just recently letting me accompany them into their neighborhood. We talked about cars, who was dating whom, and plans for after high school. Sergio showed me his new tattoo.

For the first time, I was no longer the white guy with a camera. They were no longer gangbangers. We were just people hanging out together on a hot summer night.

This project isn’t meant to be anything more than me hanging out with the kids, letting them be themselves in front of me.

Views of the Capitol

By Robb Hill / Washington D.C. — When the fence went up around the U.S. Capitol Building after the insurrection on January 6th I started..
Apr 10, 2021

By Robb Hill — After the killing of George Floyd , windows, storefronts, and entryways near the White House and Lafayette..
Jun 5, 2020

Went Down to the Demonstration

By Robb Hill — This gallery is a evolving and revolving set of images from the protests, marches, parades, demonstrations..
Mar 14, 2018

By Robb Hill — At the heart of it, I'm a street photographer. Which means going out into the world without..
Mar 23, 2015

By Robb Hill / Utica, Indiana — I believe land makes people who they are . The relationship you have with the land you’re on sets the..
Oct 21, 2015

By Robb Hill / Thailand and Malaysia — In coastal Asia, cats are everywhere: hunting in alleys, relaxing in temples, and quite possibly sleeping..
Mar 24, 2015