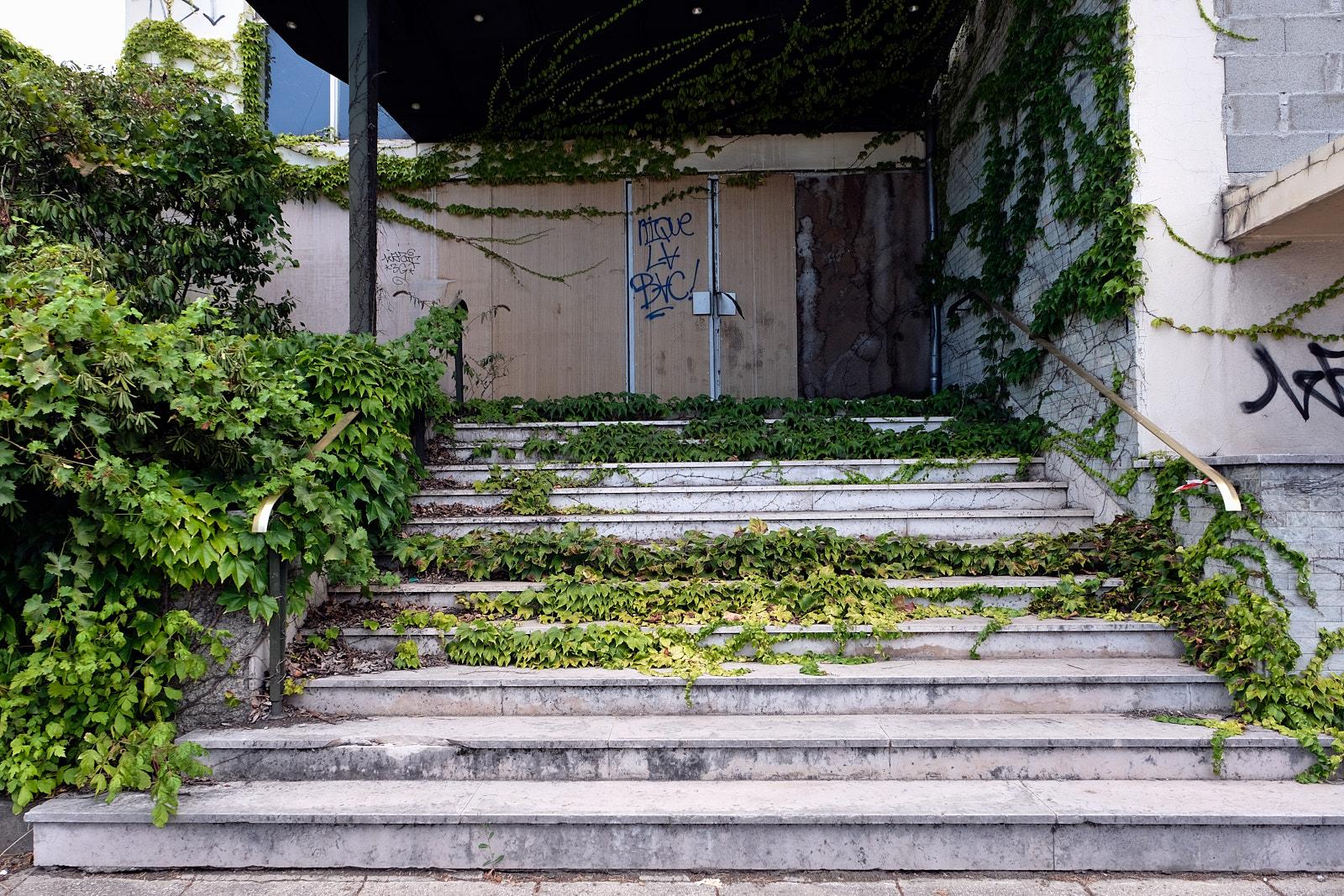 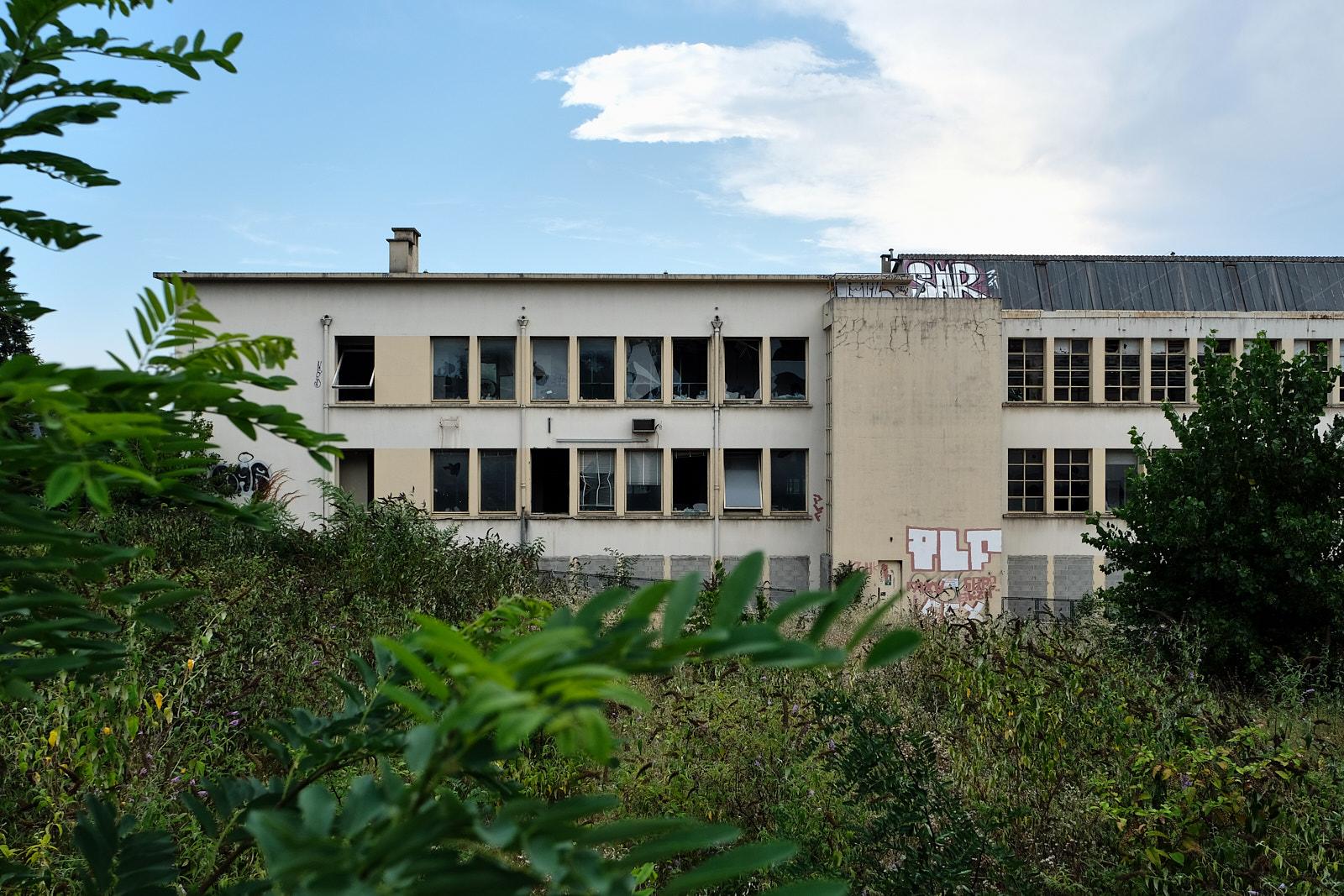 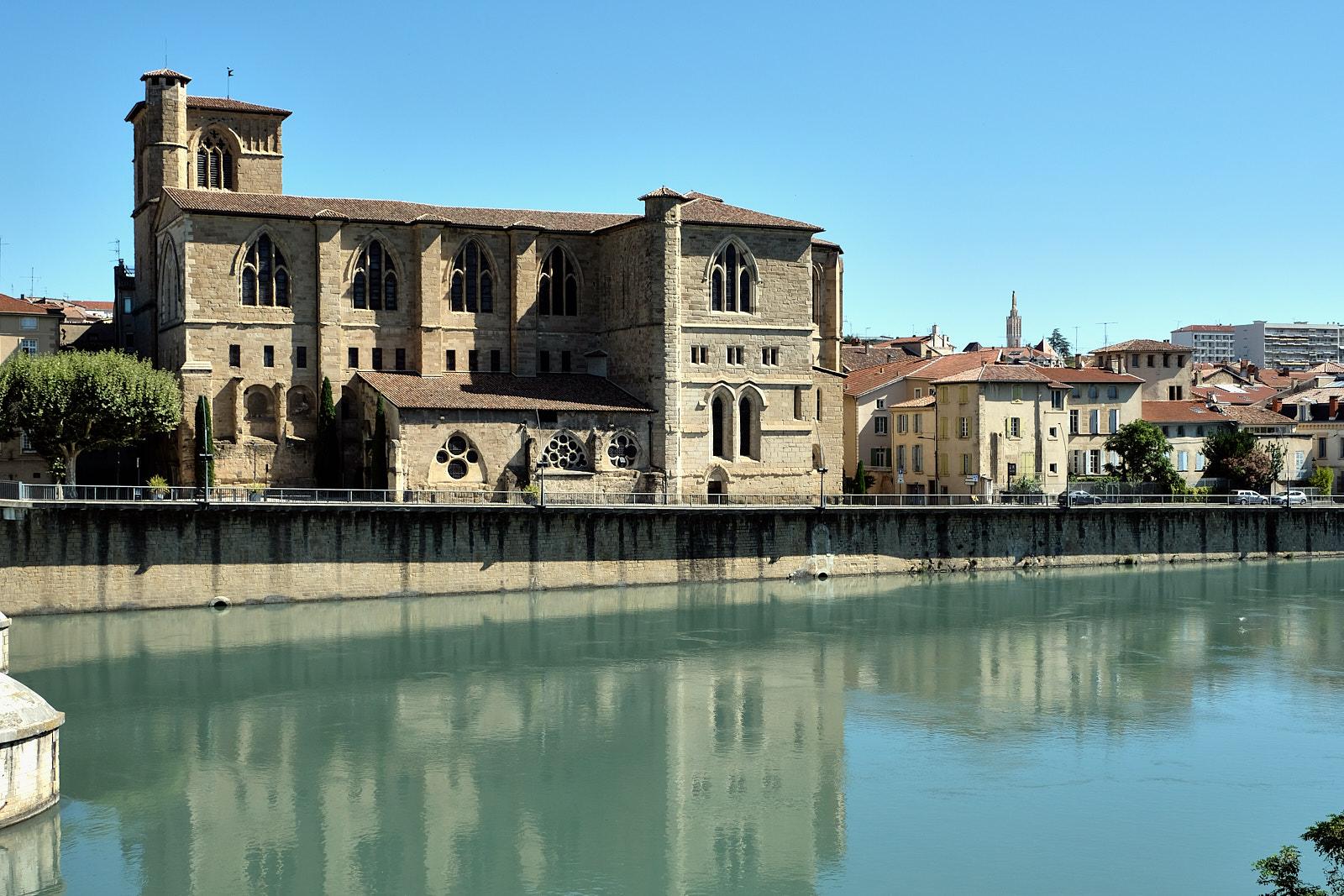 A view of La collégiale Saint-Barnard in Romans sur Isere. The first foundations of the church date back to 838 A.D. 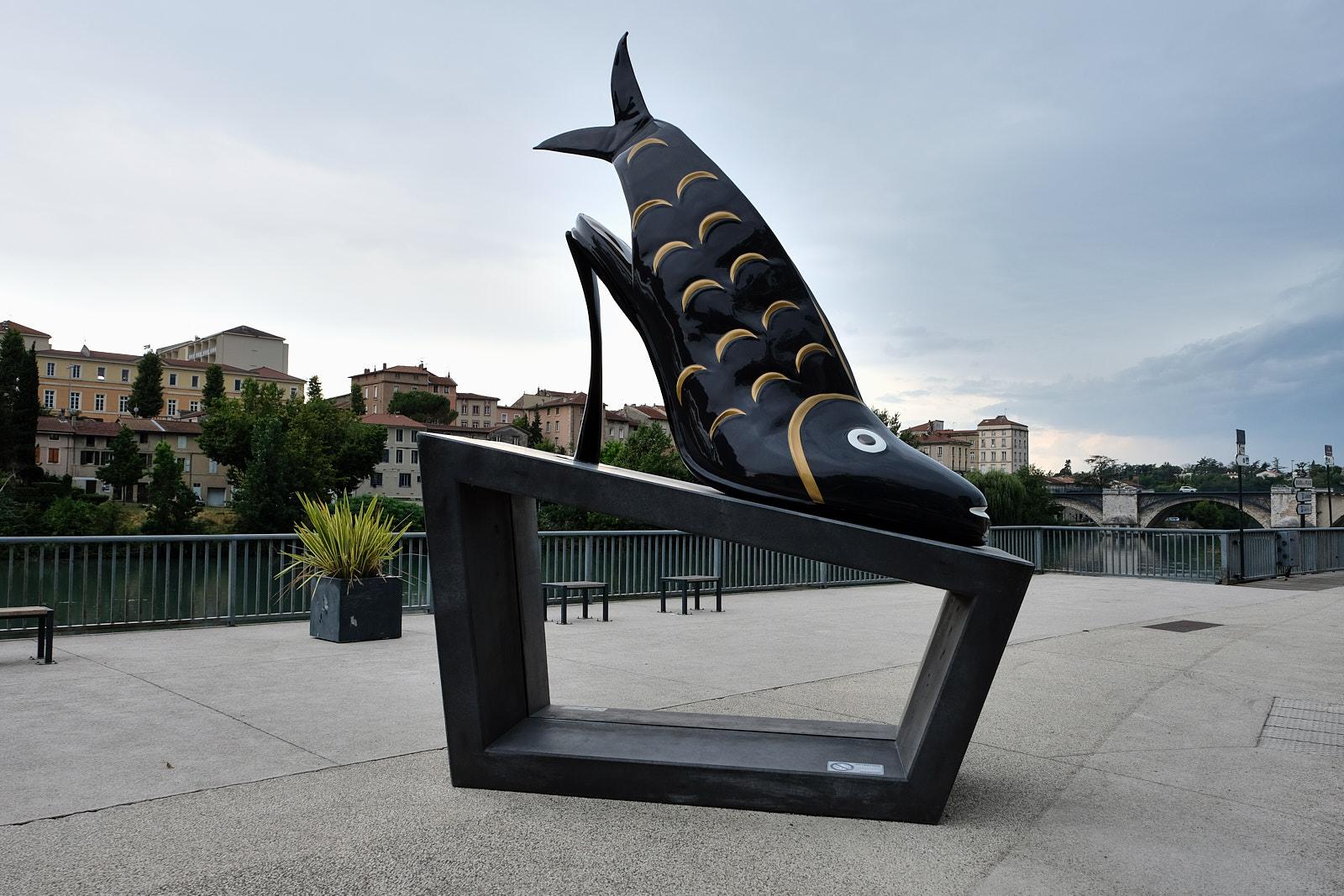 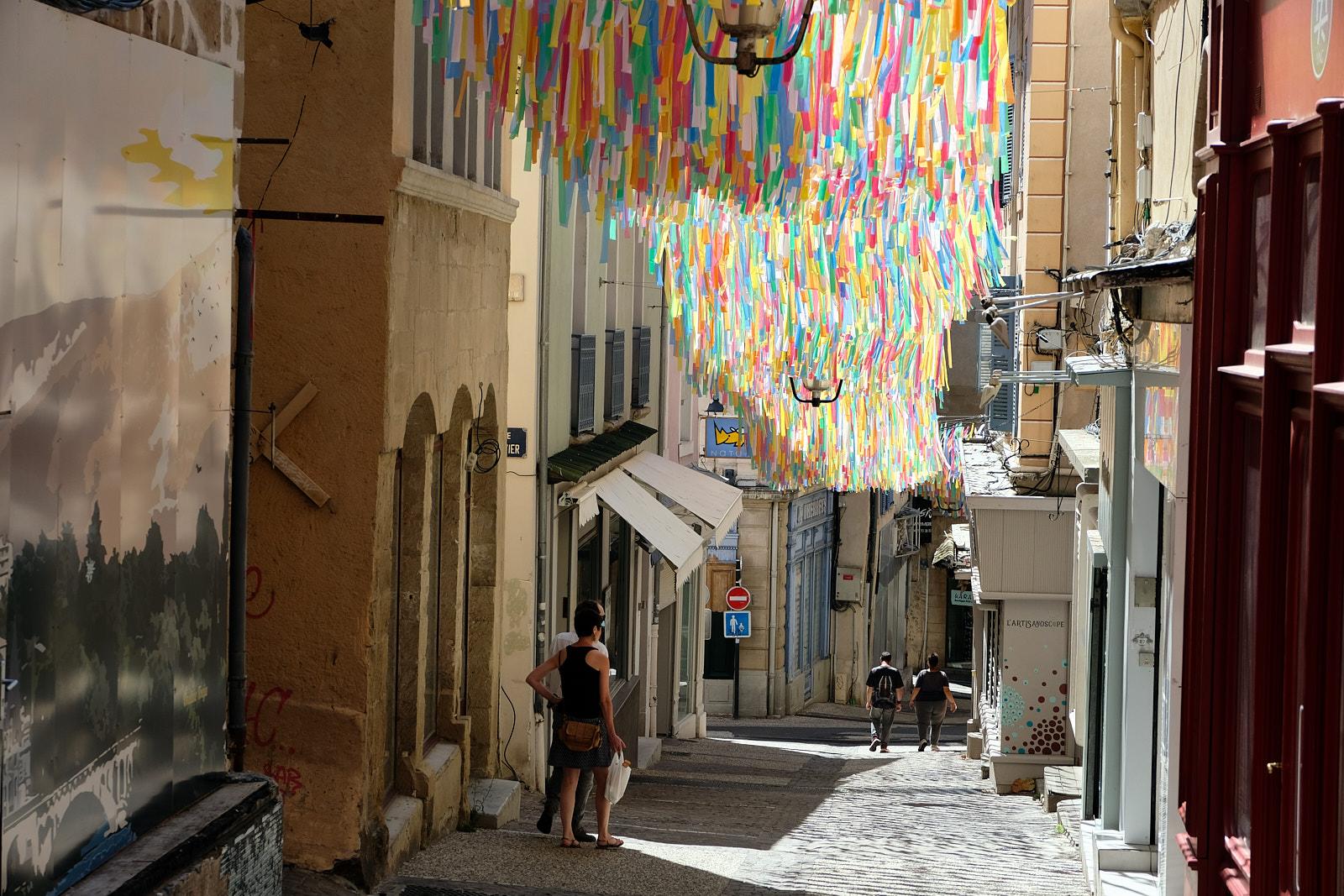 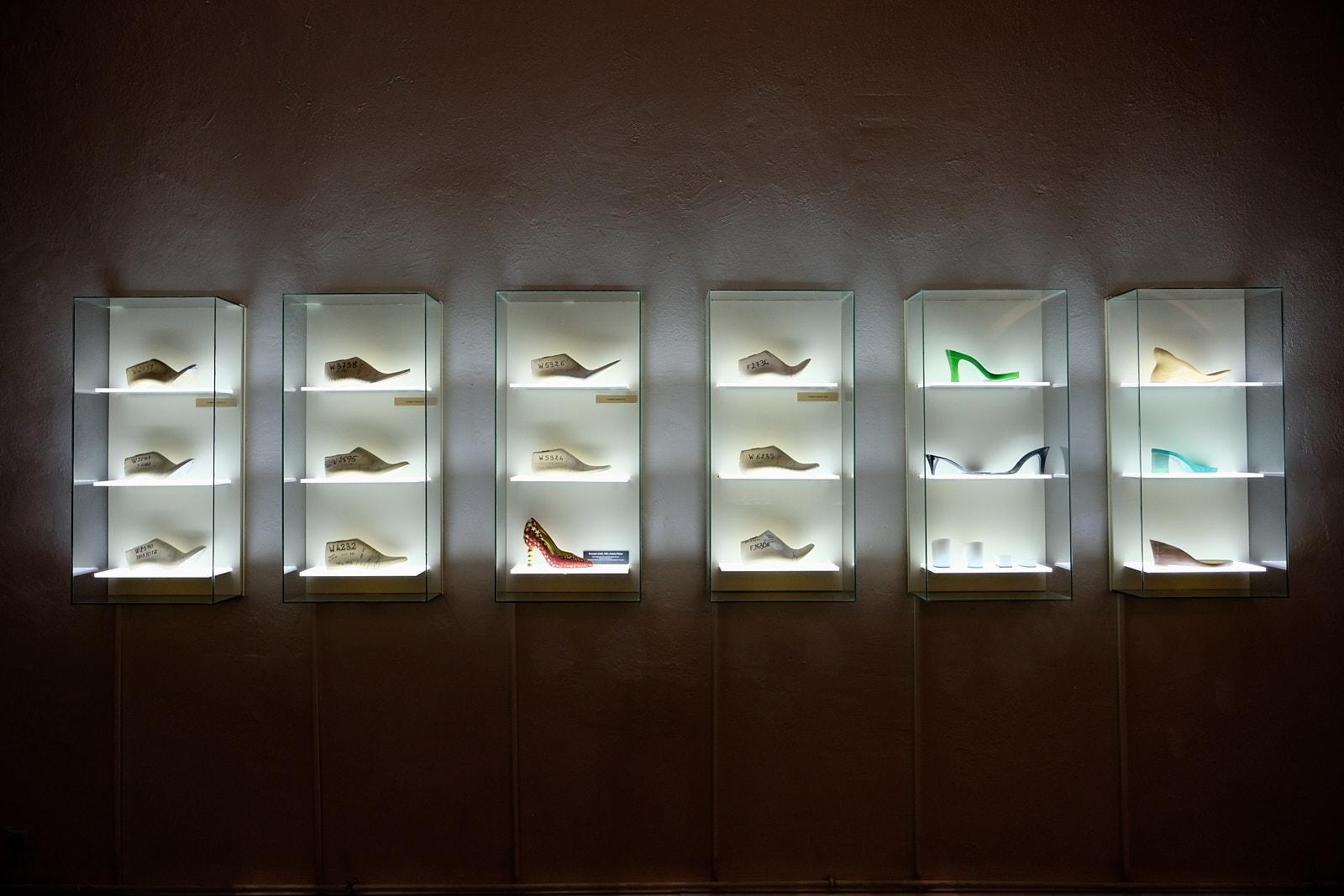 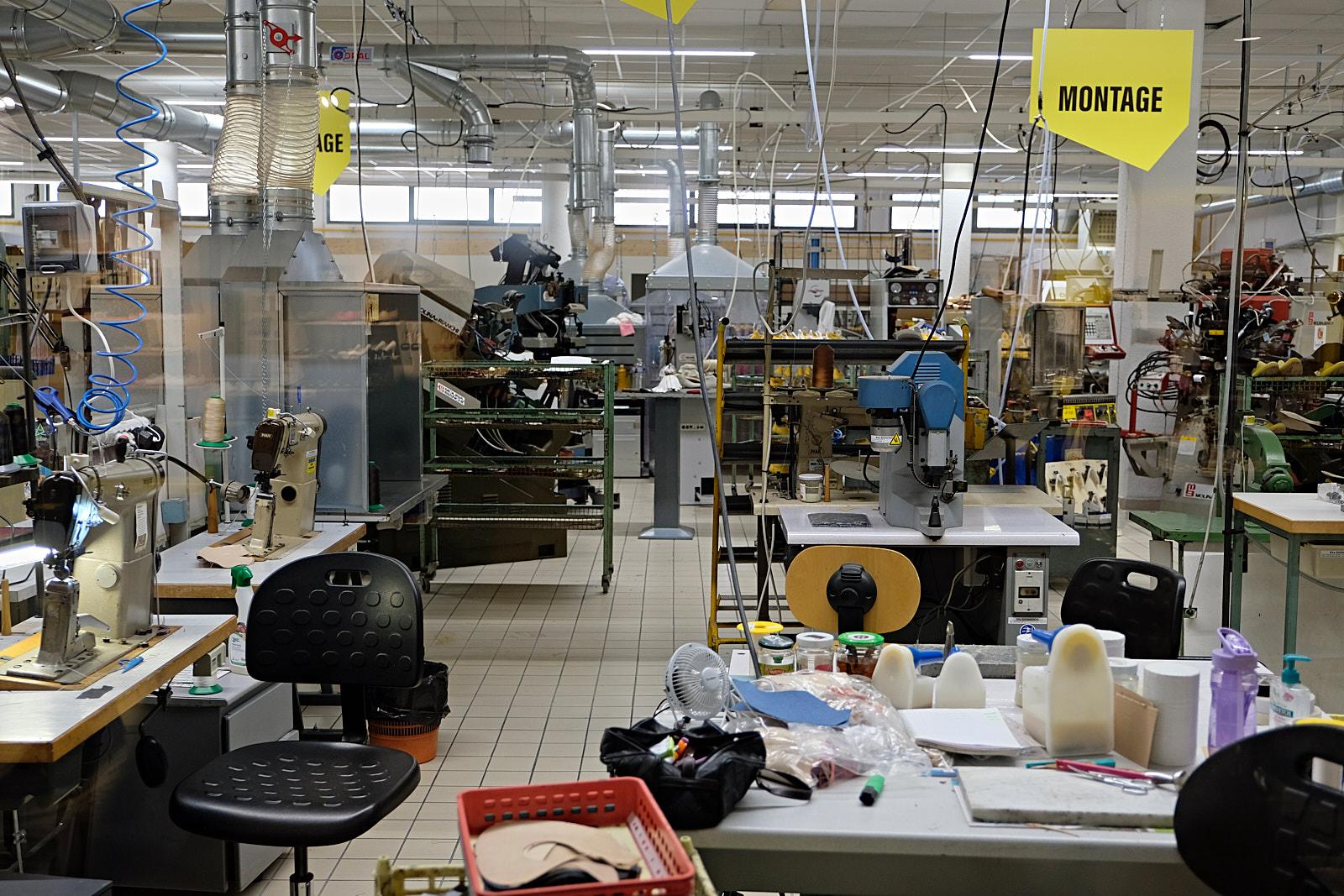 Overview of the workshop in the cite de la chaussure. 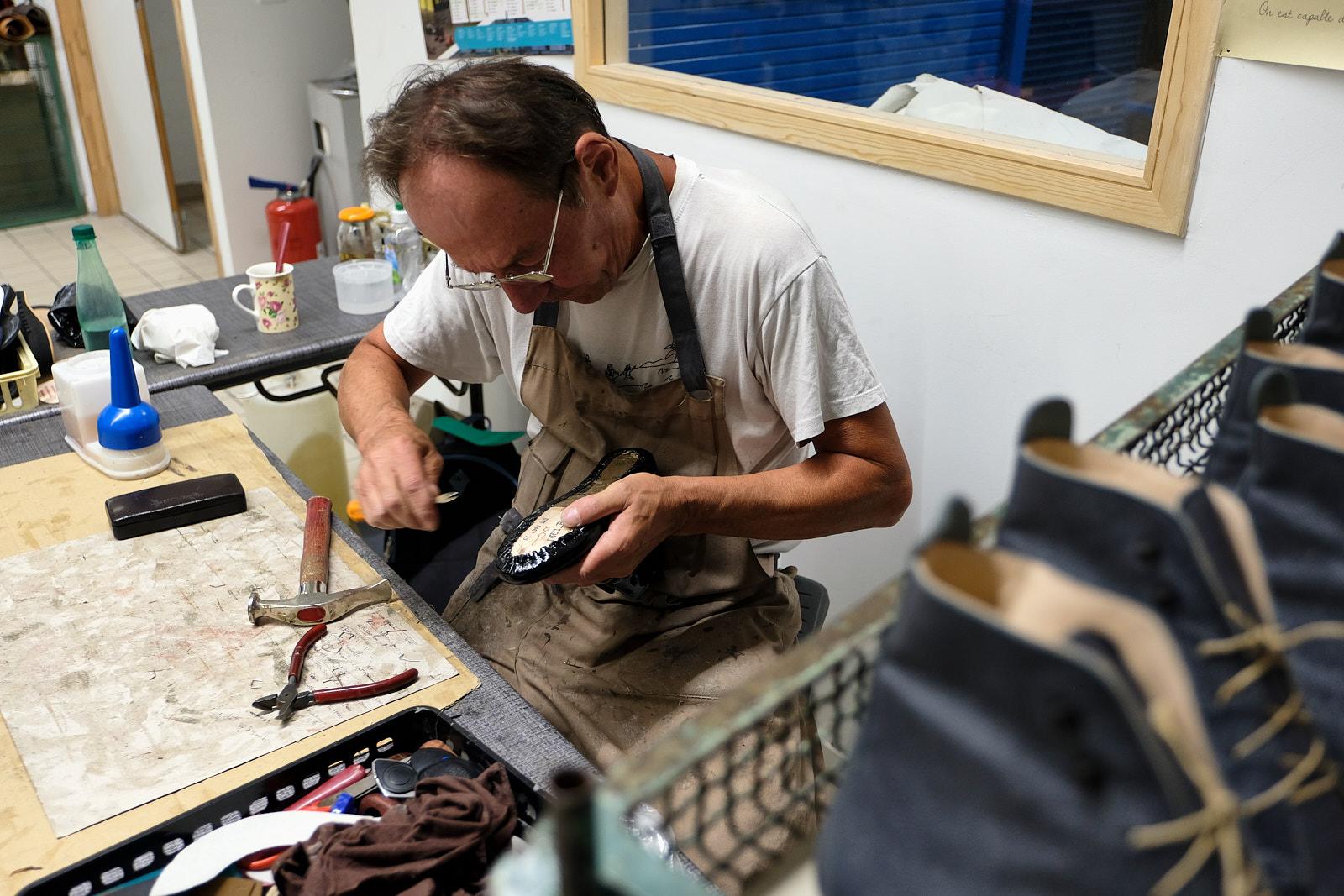 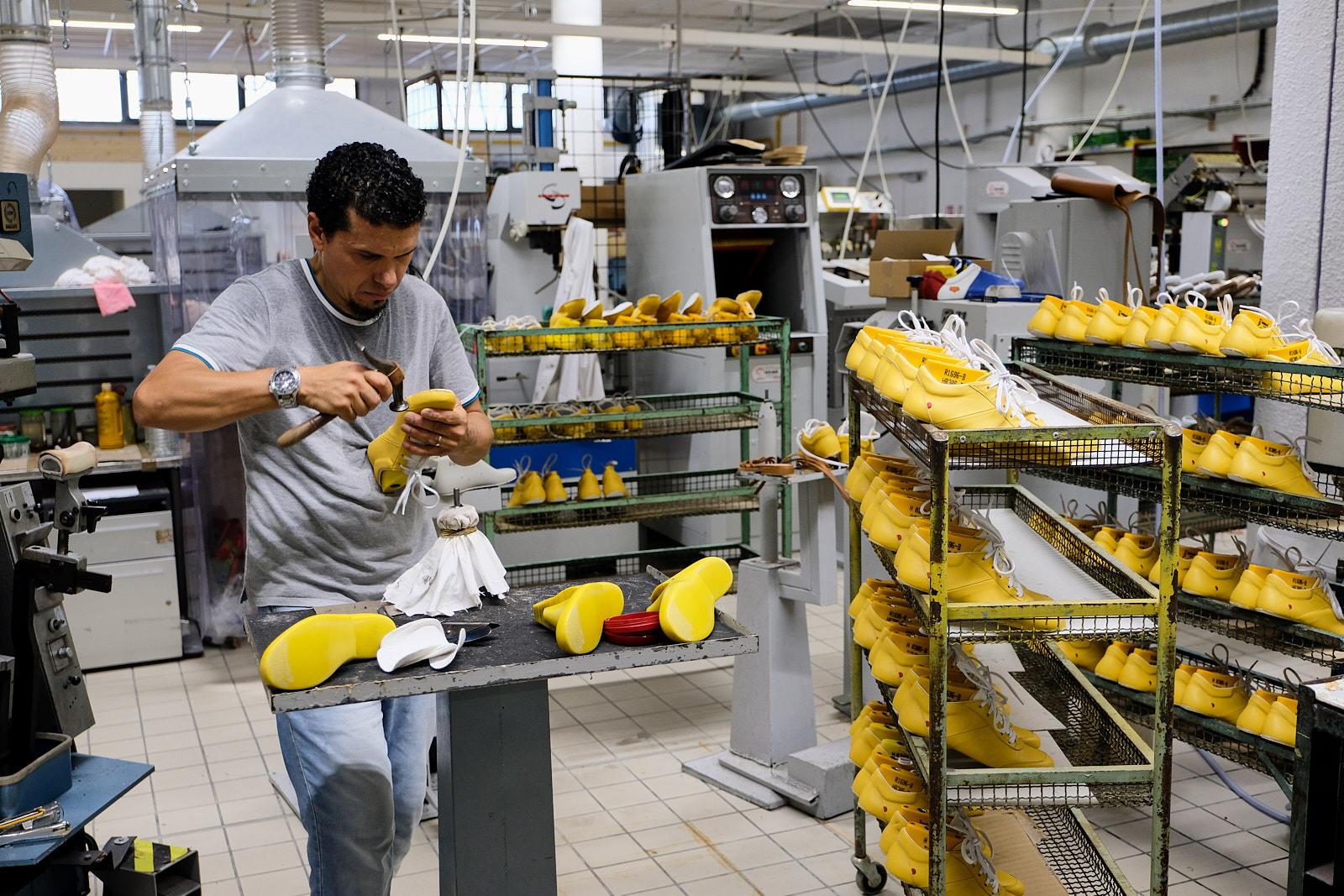 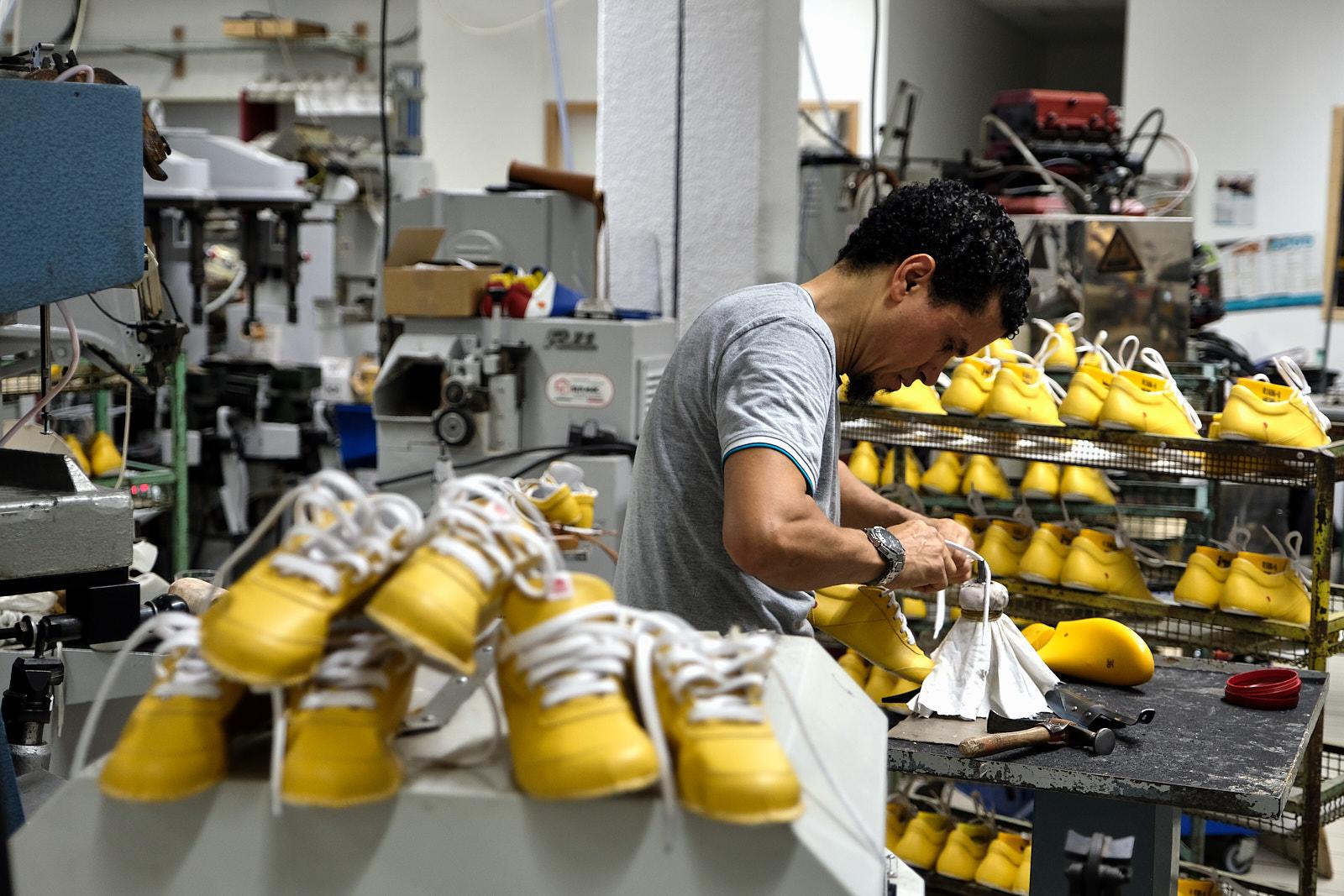 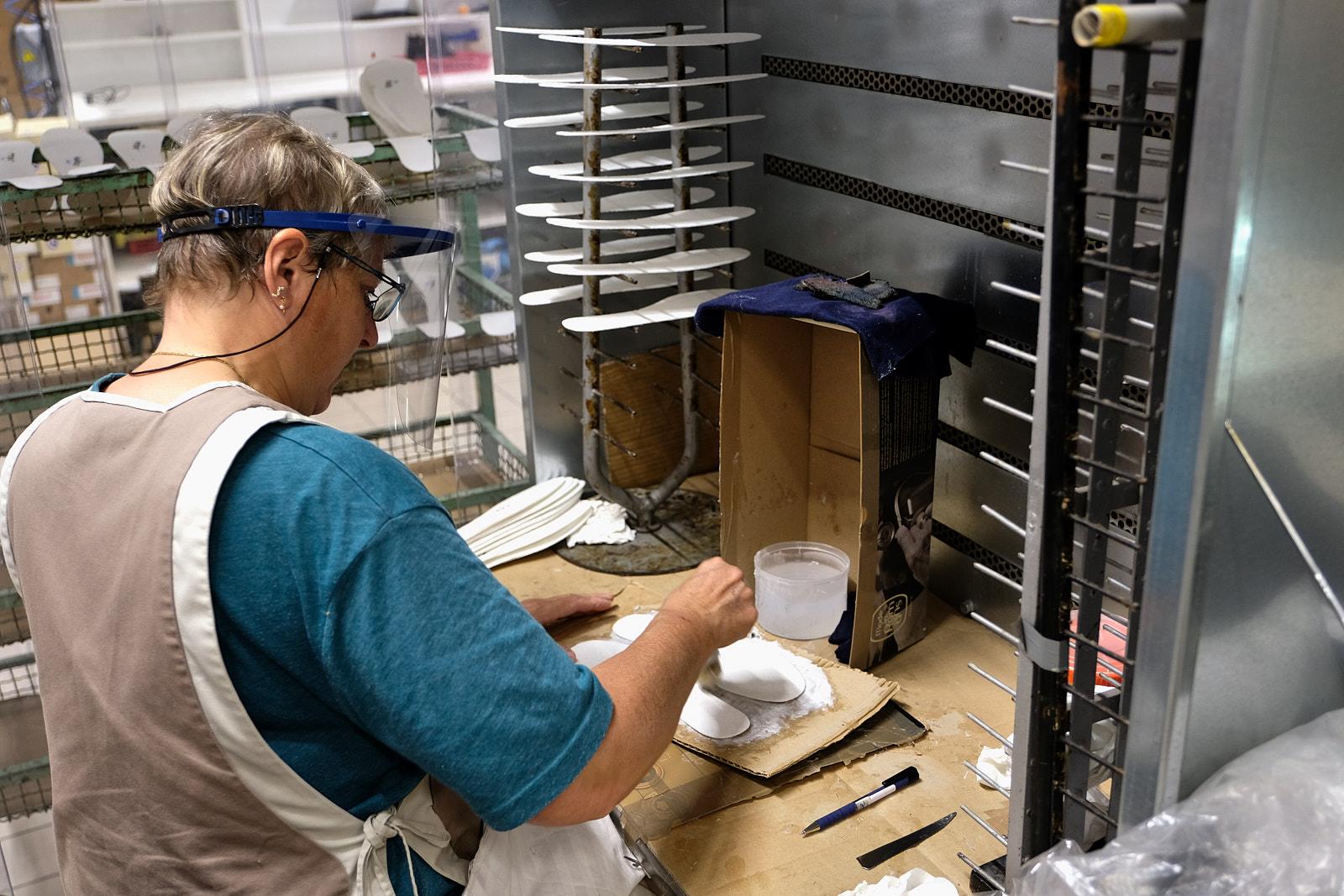 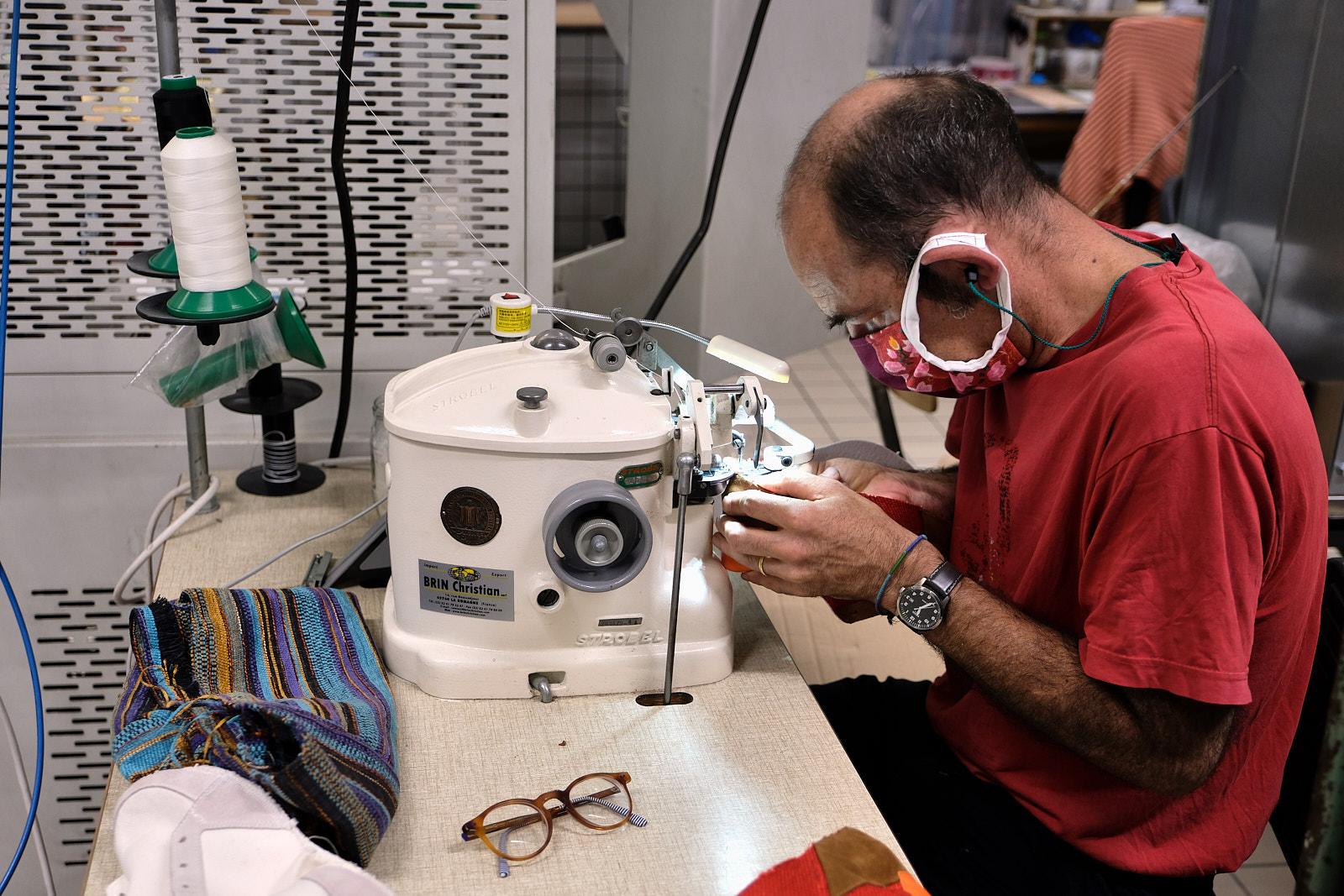 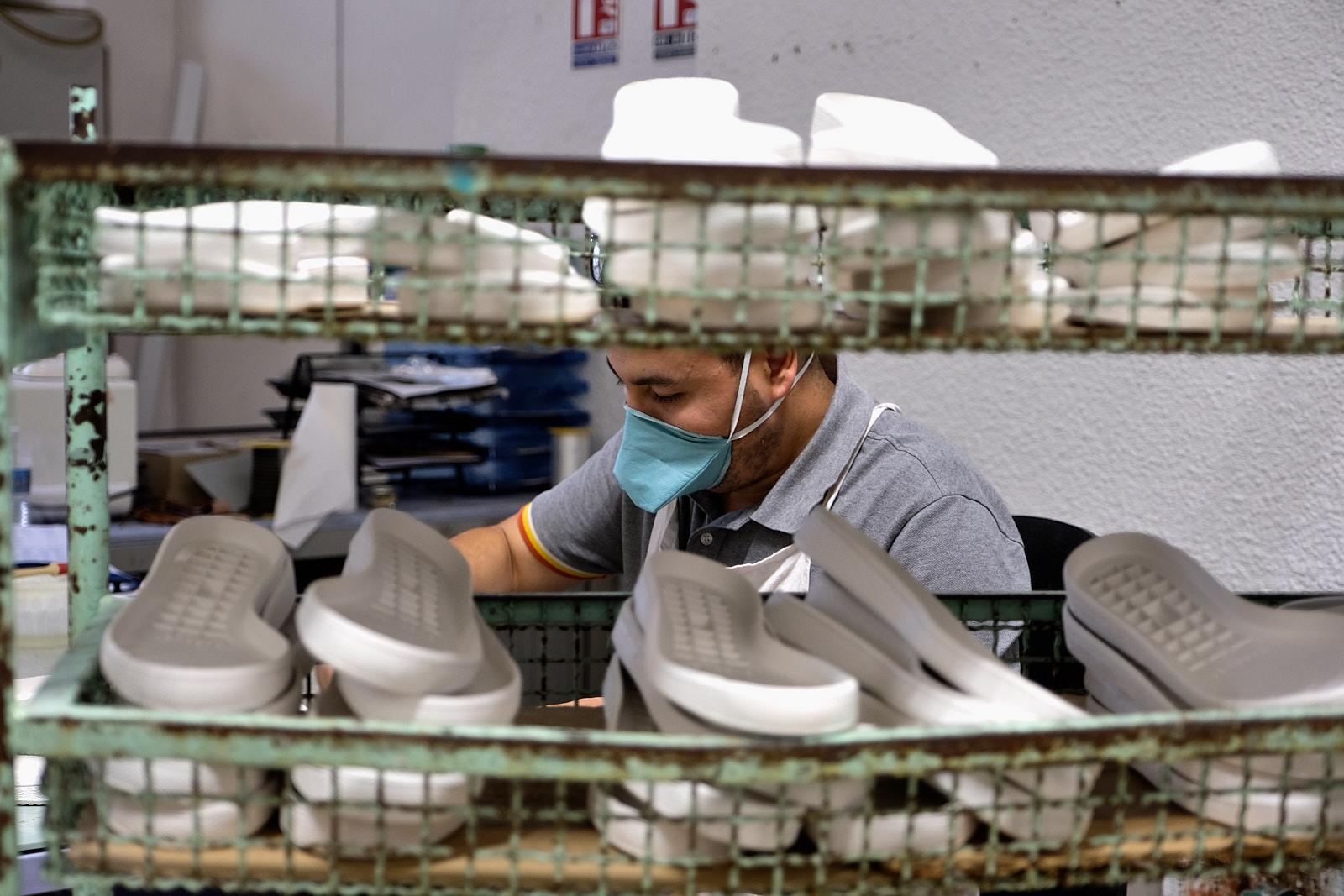 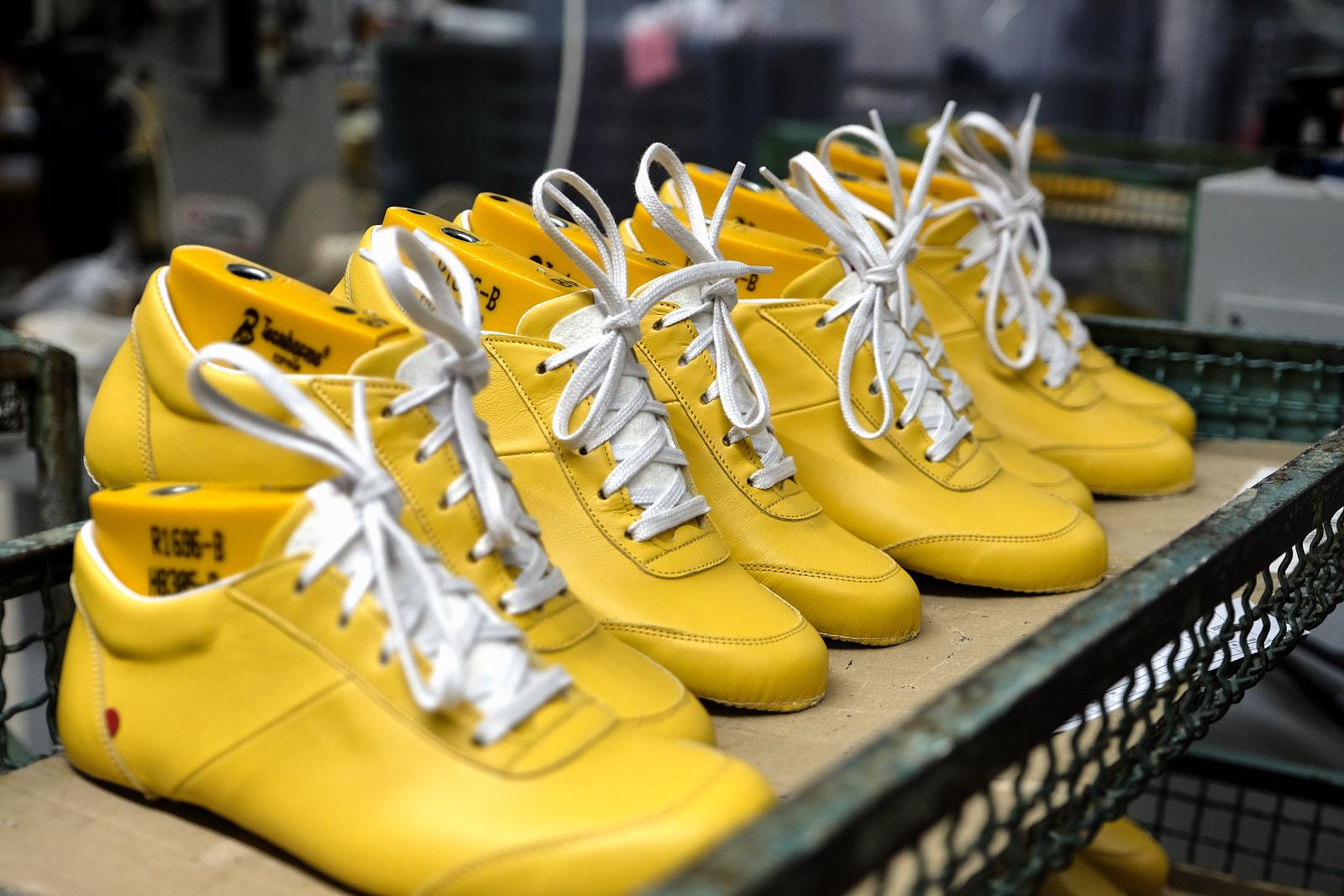 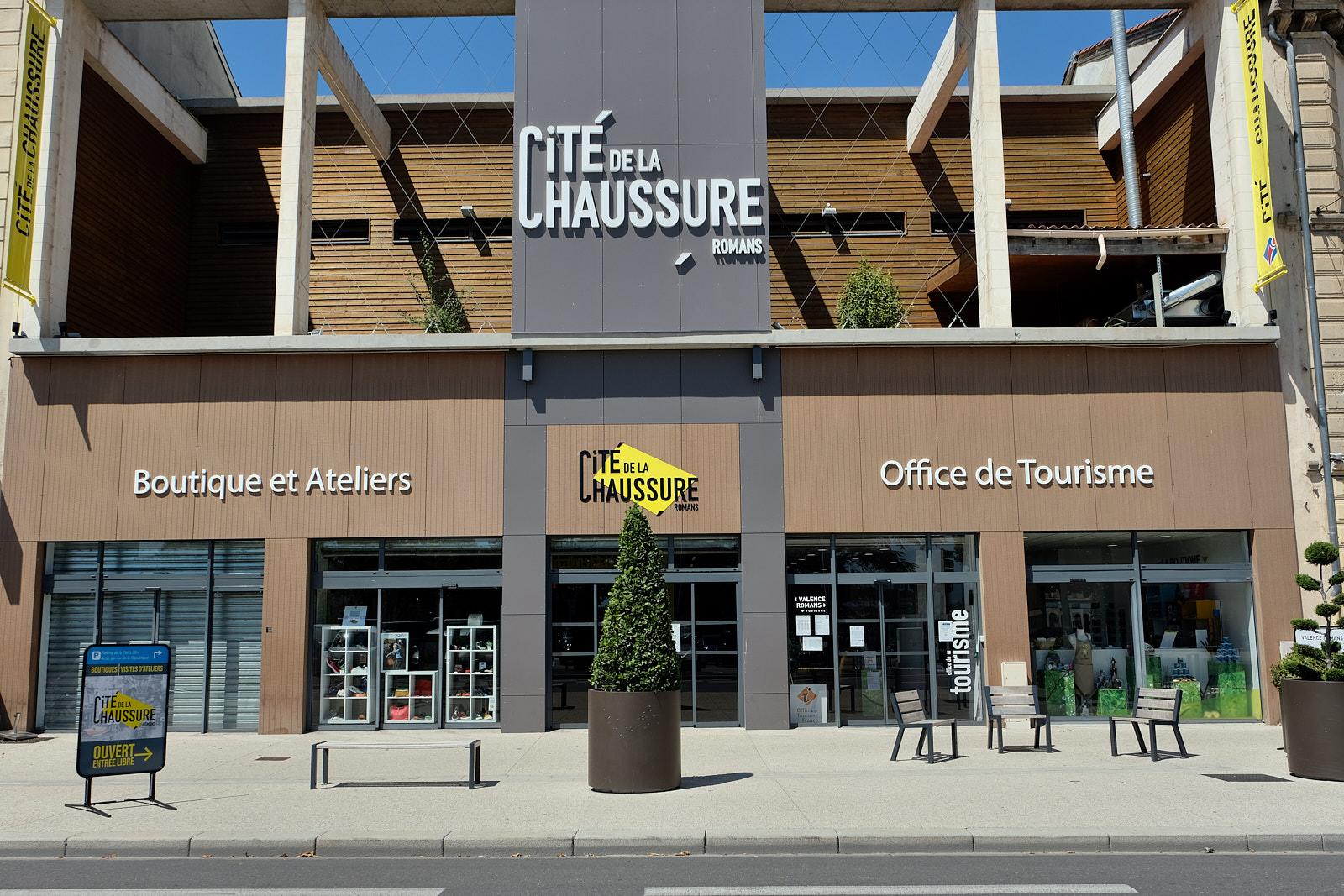 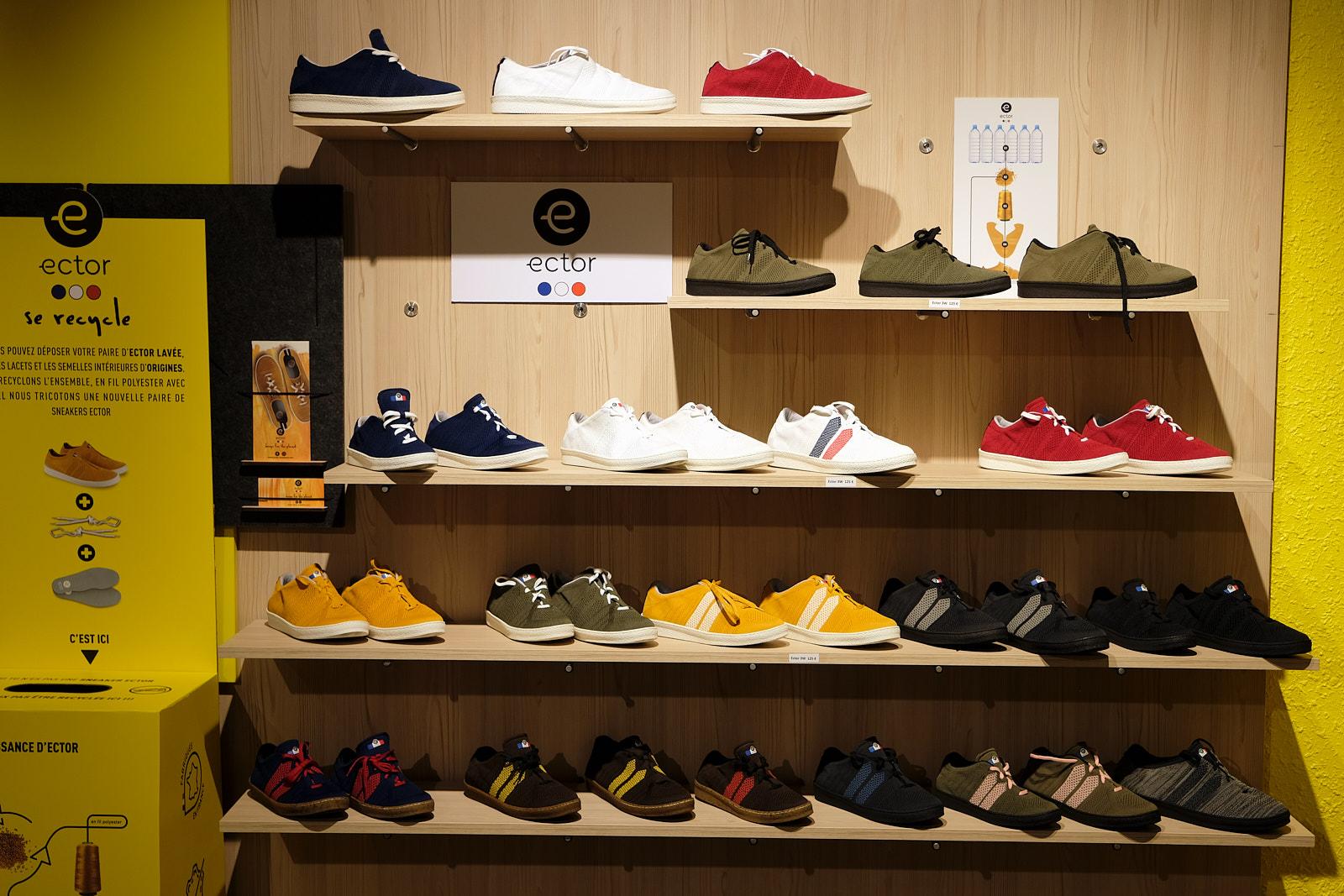 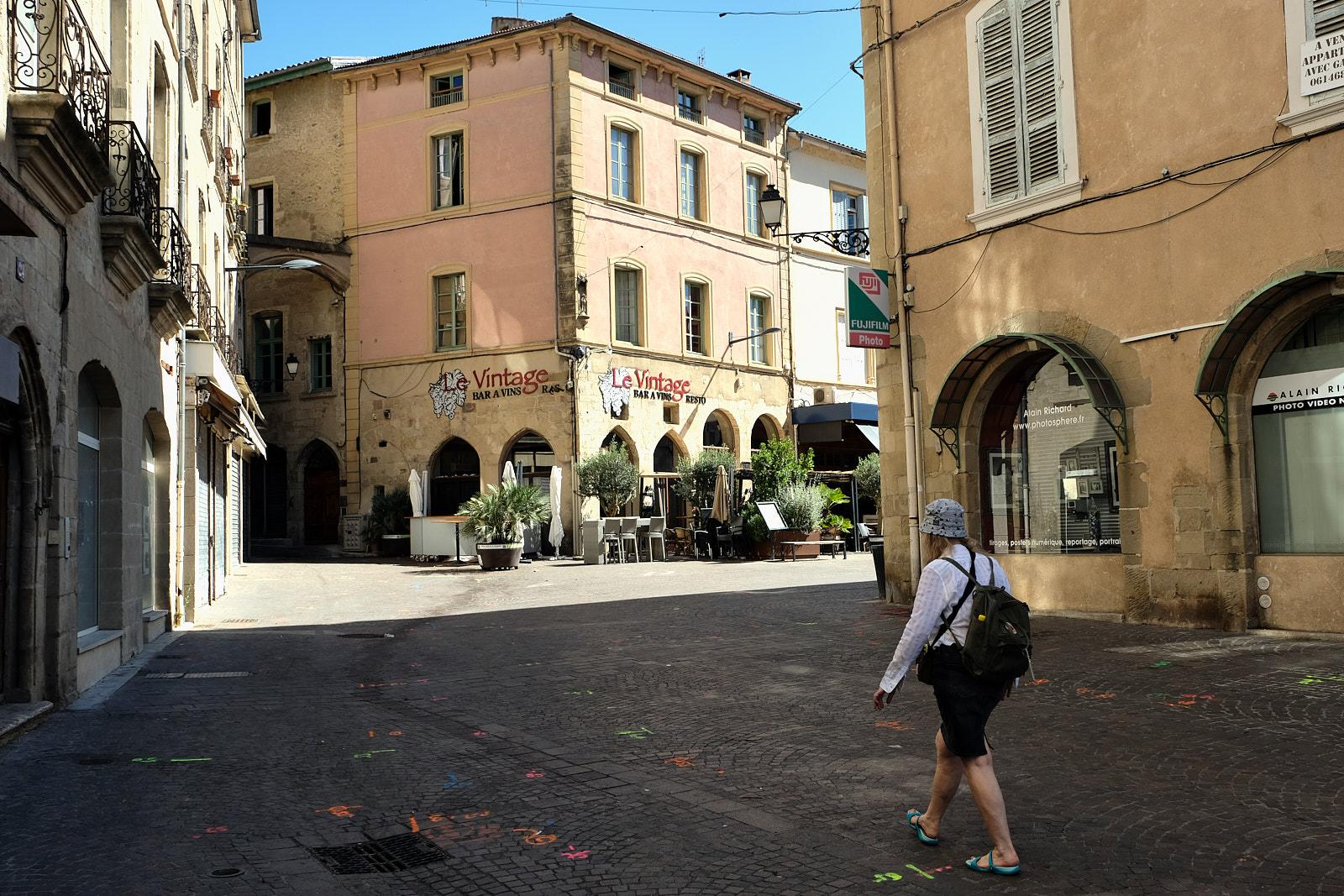 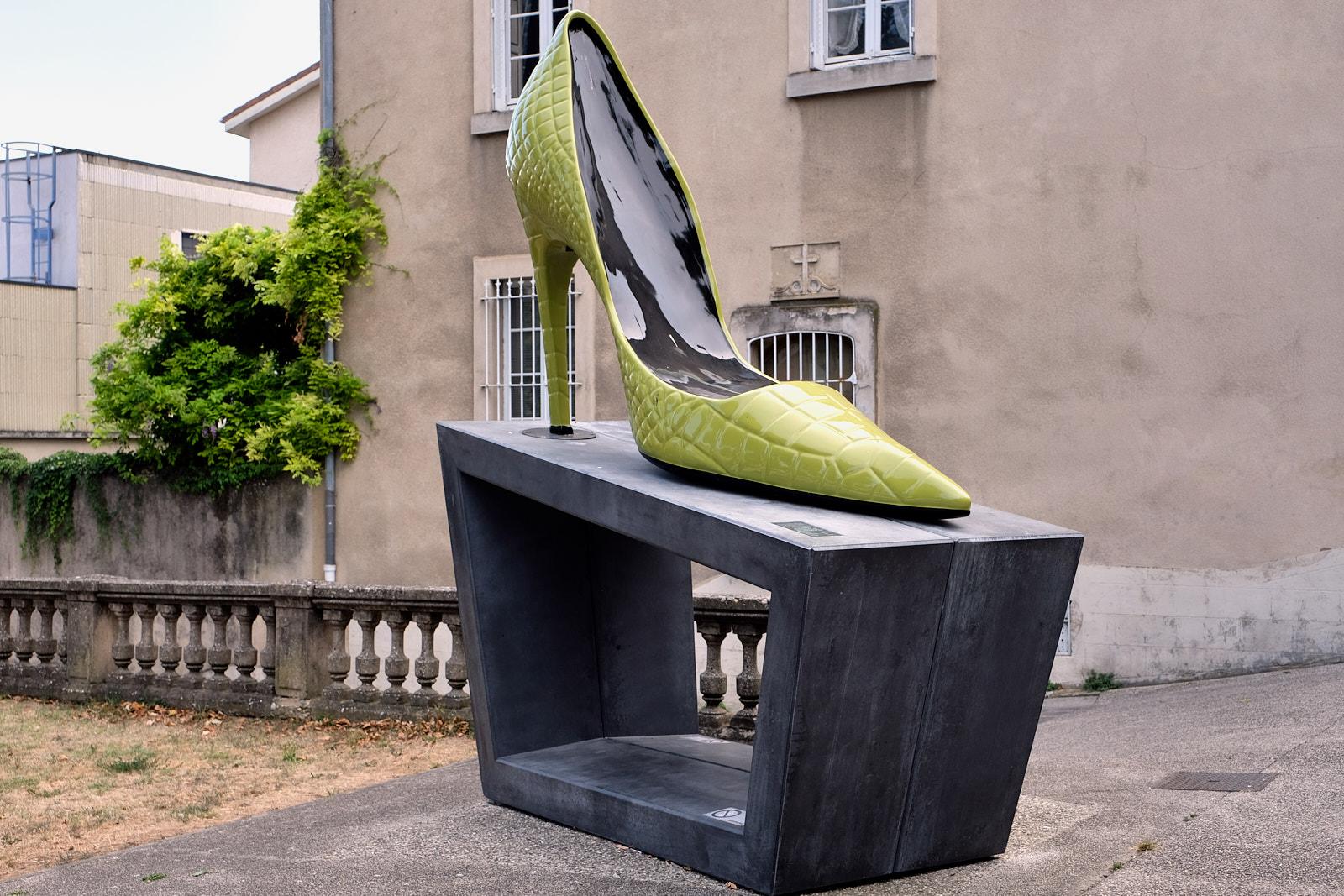 THE SHOE TOWN A story about a town that lost everything because of the global pursuit to produce cheaper but now tries to reclaim some of it by implementing a model more social, putting wellbeing before profit.

The 8 large, colourful and imposing statues of shoes that adorn the city center of Romans-sur-Isère, a small and sleepy but rapidly expanding town in France’s Drôme department and 20 kilometres from its main city Valence, give a hint of what once was a thriving industry that employed thousands.
In the 1980’s, one in two of those who lived in and around Romans sur Isere, made their money directly or indirectly from the shoe industry. From the mid 1980’s the town started to lose out as the production disappeared to countries in Southern Europe where labour was cheaper. It was a first sign of re-localisation that would haunt many other industries in France not much later. The shoe industry, present in the town since the 18th century, collapsed and within 15 years it was all but gone, except a few large companies that were deemed untouchable. Tens of thousands were made redundant traumatising a population that could not find alternative employment and poverty levels in the town exploded.
The company Charles Jourdan was the epitome of French chic and style since the 1960’s, and a famous creator of luxury shoes made in France. Founded in 1921 and with a workforce of 2.000 during its heyday, it once represented the pride of the nation before finally closing the doors in 2007, leaving the last 197 workers jobless. The company Kélian, and equally known for its luxury shoes, closed 2 years earlier, in 2005.
It was the the Archer group that decided in 2010 to buy the machinery and equipment from the closed down factories with the idea in mind to try and restart the shoe industry in Romans, although on a much smaller scale than before. The brand “Made in Romans” was created not much later the same year and was the first brand that created a shoe workshop, in an industrial area of the town, after the large amount of closures years earlier. The idea to have a central place that houses multiple workshops and a shop that would sell directly from the premises came to life in 2016.
“The objective for us was all about creating employment and using the knowhow of the people that worked in the industry” Says Emanuelle Benoit, part of the direction for the Archer group responsible for the Cité de la Chaussure in Romans sur Isere. “Manufacturing locally and responsibly by implementing the social and solidarity economy model”. Also known as SSE, that differs from conventional enterprises and where the social well being is put ahead the desire to pursue profit. “The town of Romans is now only known to people of a certain generation, those who knew about the shoe industry, we like to inform younger generations of the importance the industry had on the town.”
The same group bought an intermarché supermarket in the center of the town in 2018. It was not completely by accident why this was a preferred choice. Benoit continues. ”We wanted to try to put life back into the center of Romans so that it could benefit from people visiting the Cite, and to revitalise the tourism industry of the town, if possible”.
After months of reconstruction work, the Cité de la Chaussure was ready to start manufacturing and selling shoes. When it opened in 2019, it contained 5 workshops, a shop that sells shoes that are made in-house and a tourism office plus a dedicated parking space for visitors. The workshops now employ 26 people in total. These craftsmen use and apply their expertise for the 15 different brands that are now represented in the Cité de la Chaussure and manufacture 10.000 pairs of shoes annually.
“2020 has been difficult so far because of the impact of COVID-19 virus on our business and we were supposed to celebrate our opening just over a year ago in May 2019, but there has been a change in how people think about production, especially when it is made locally. I think that this will be beneficial to us”. says Benoit.
Private Story
Untitled
Copyright remon haazen 2021
Updated 03/06/21
Archived as Abroad, Capitalism, Community, Editorial, Essays, France, Globalization, Industrial, Industry, Photography, Relocation, Unemployment, Workers Rights