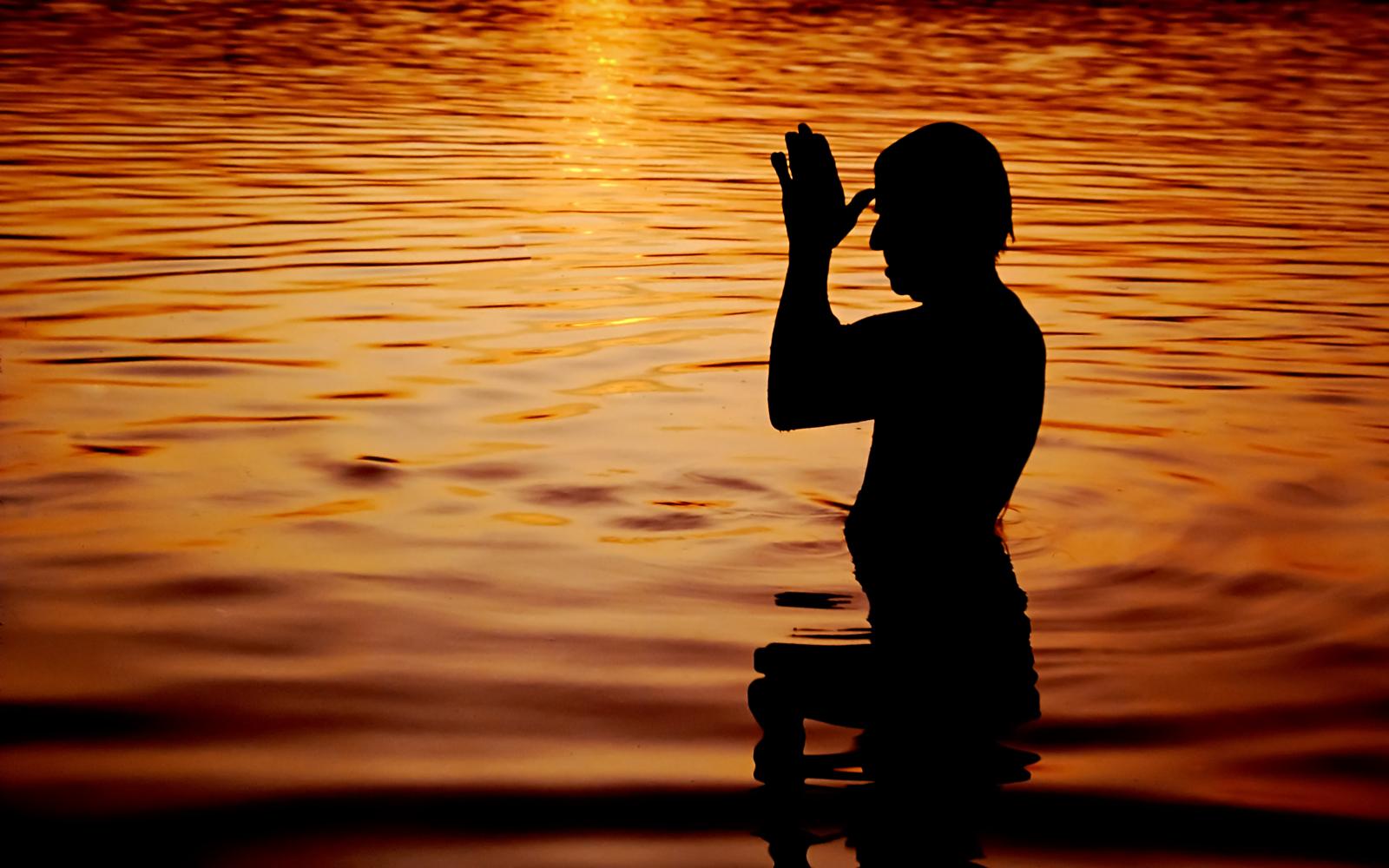 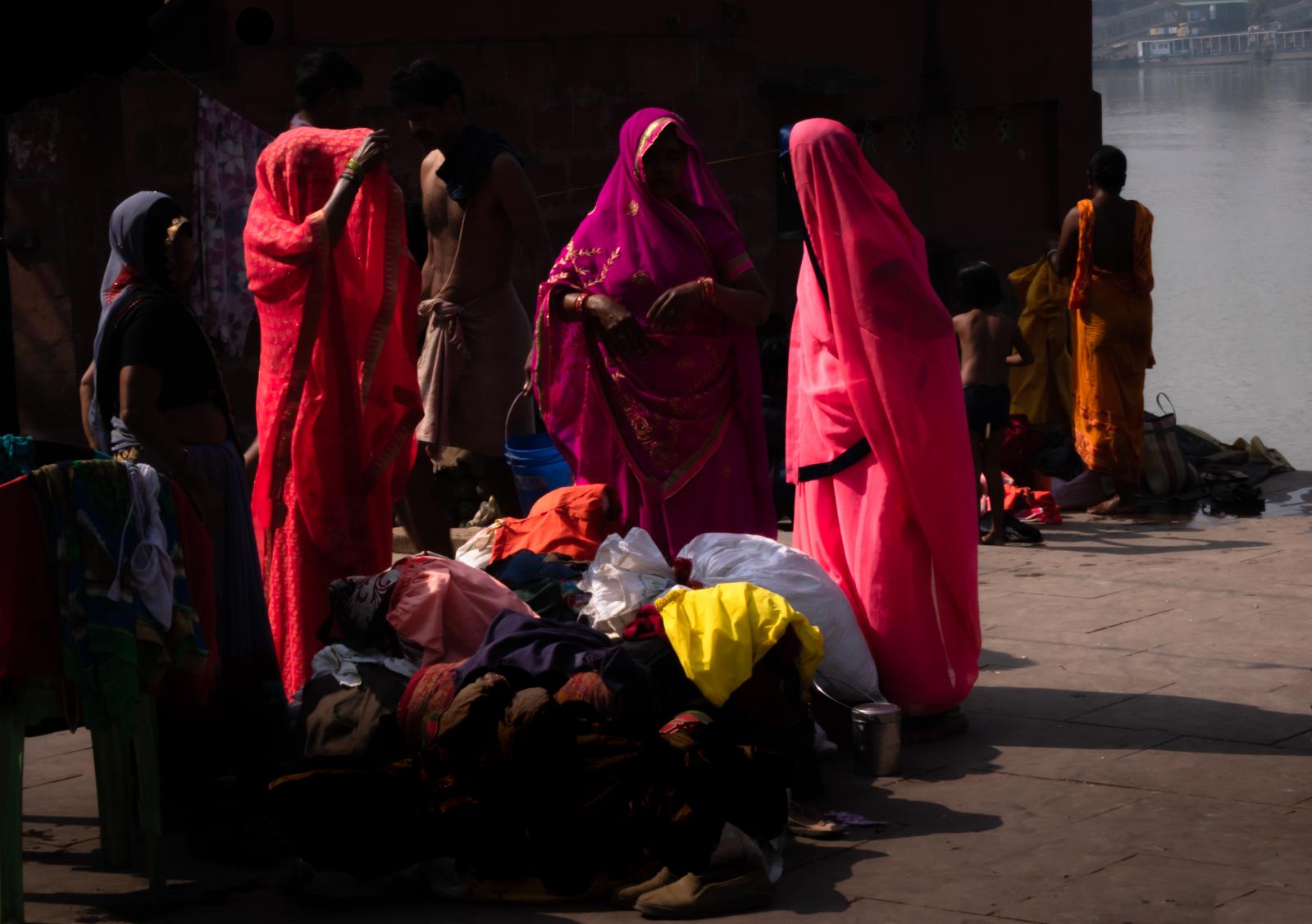 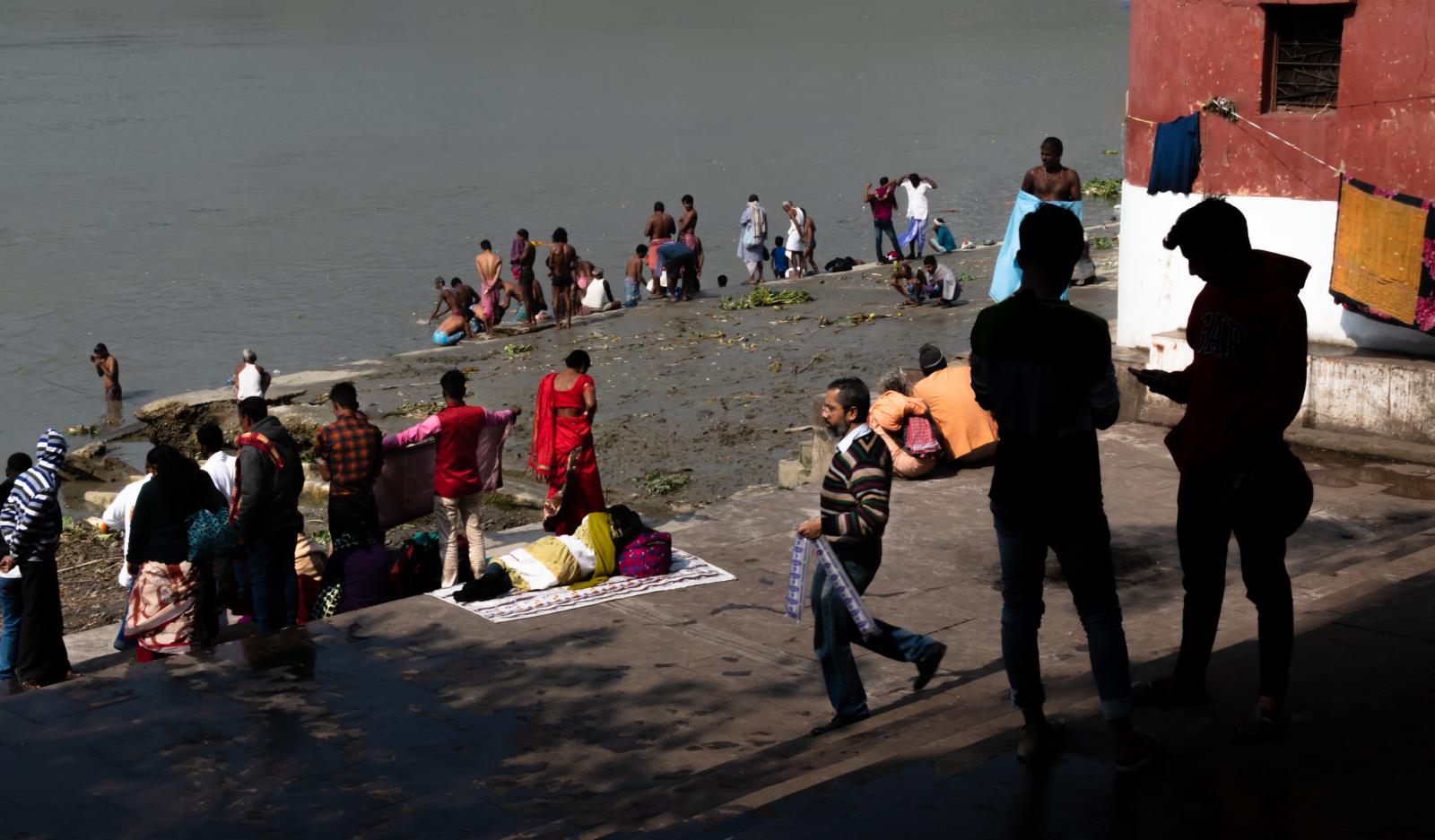 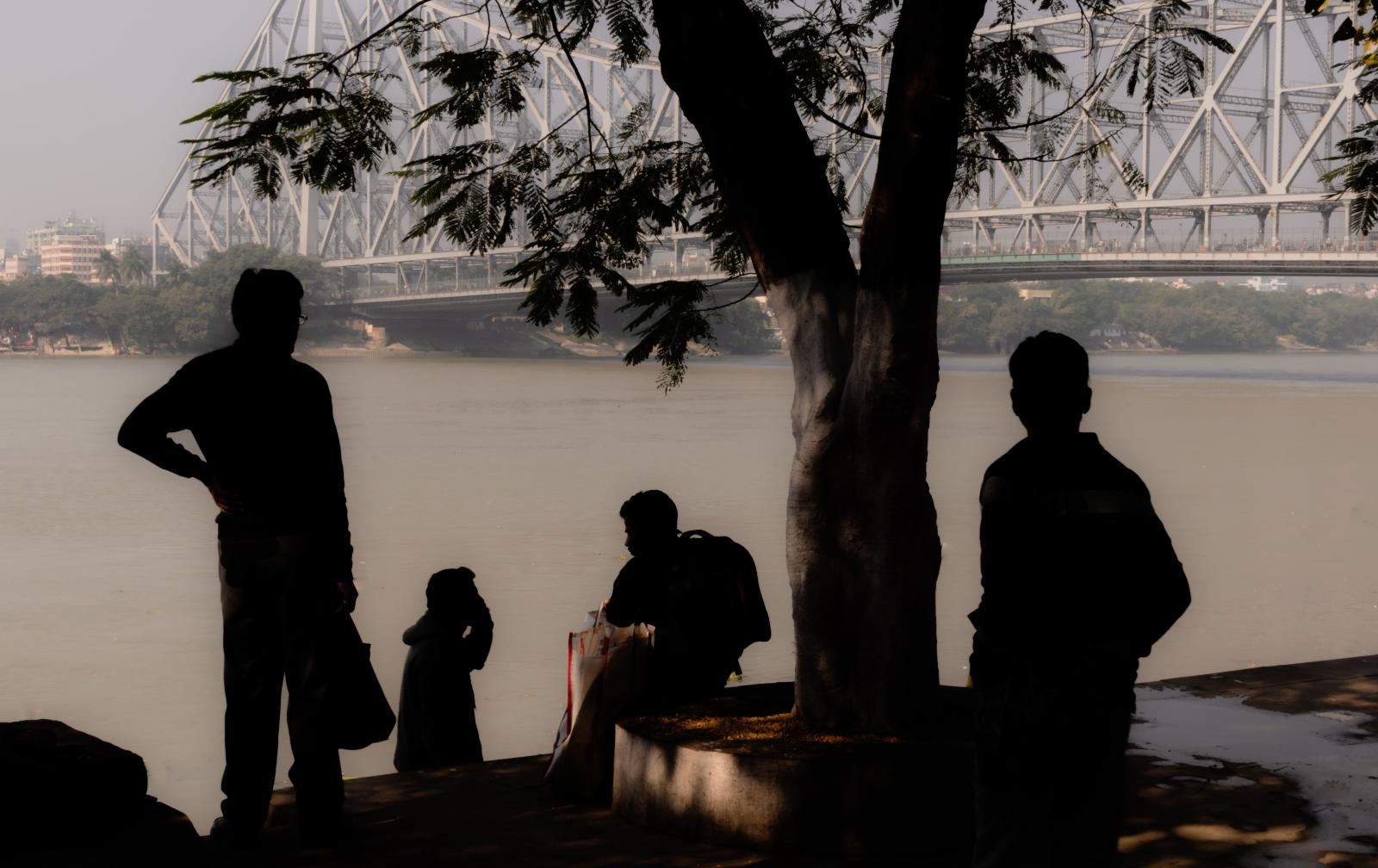 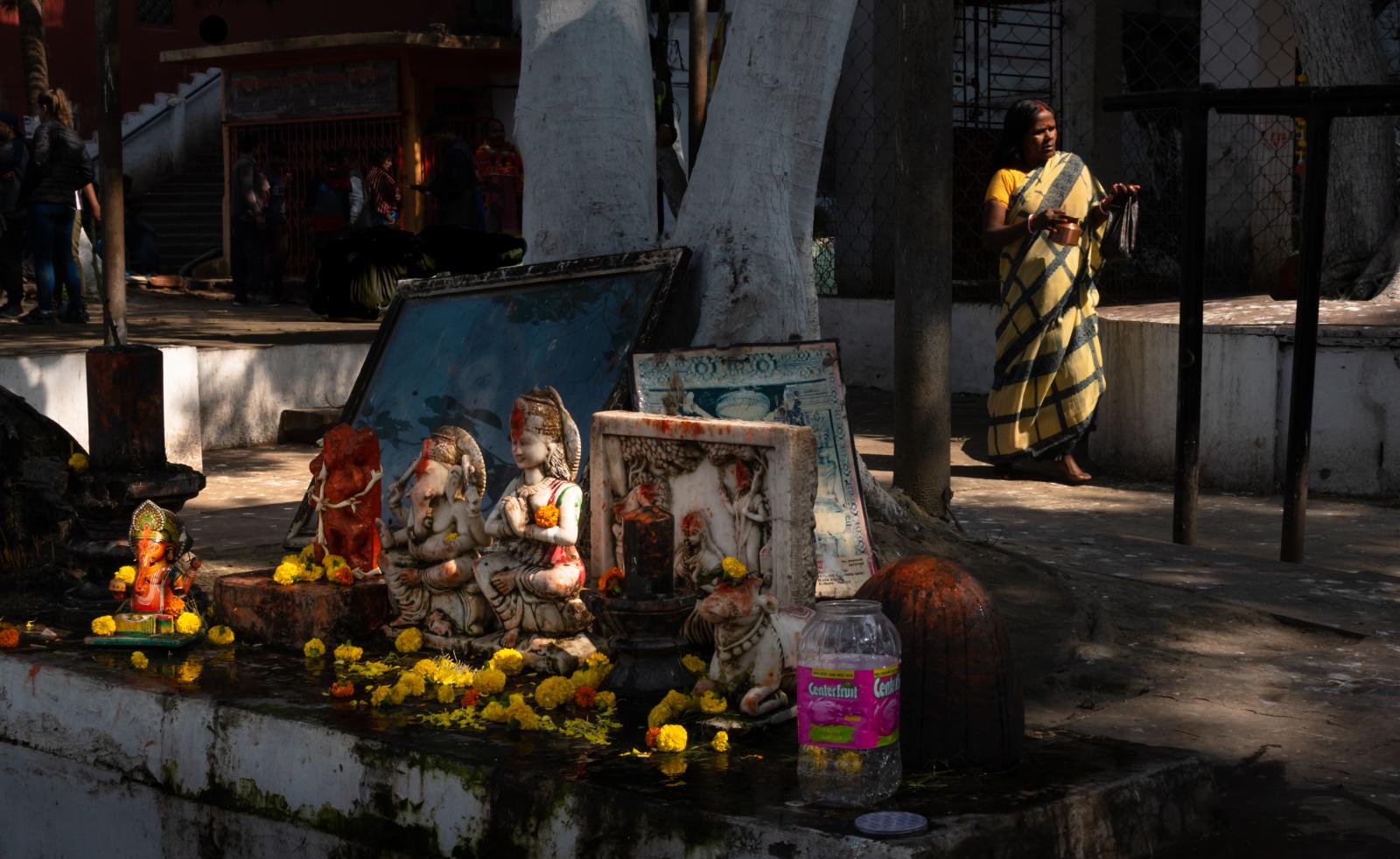 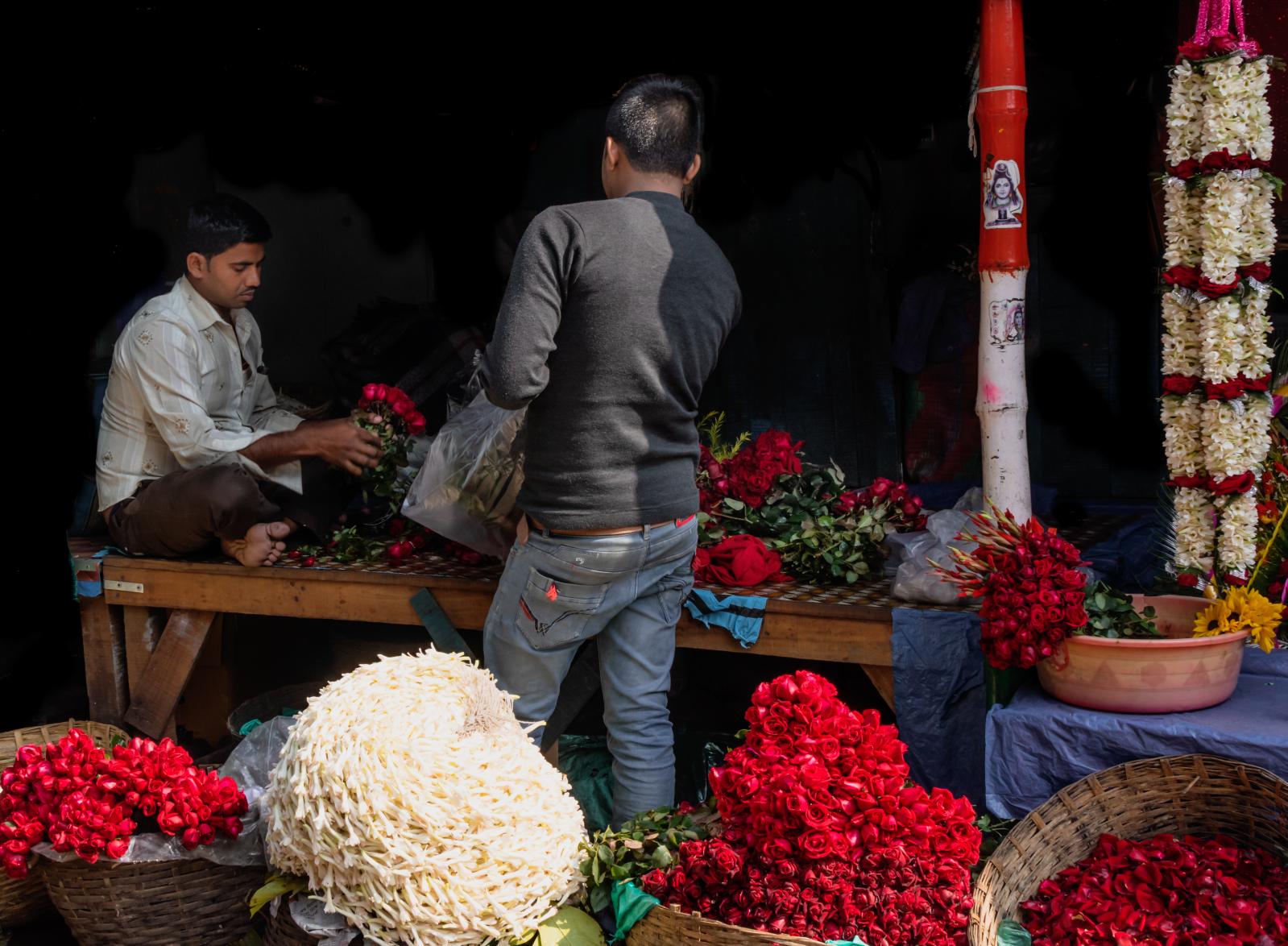 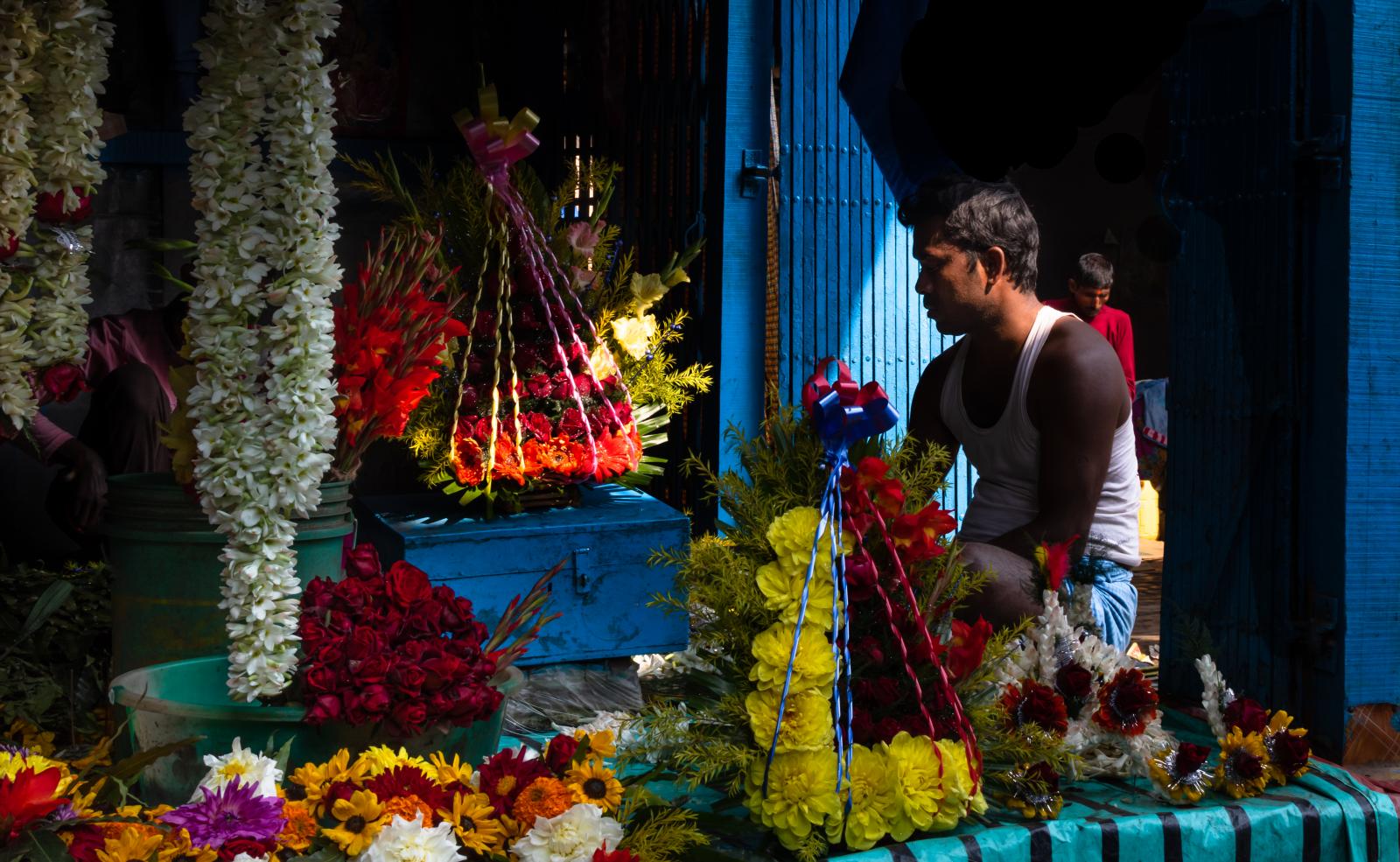 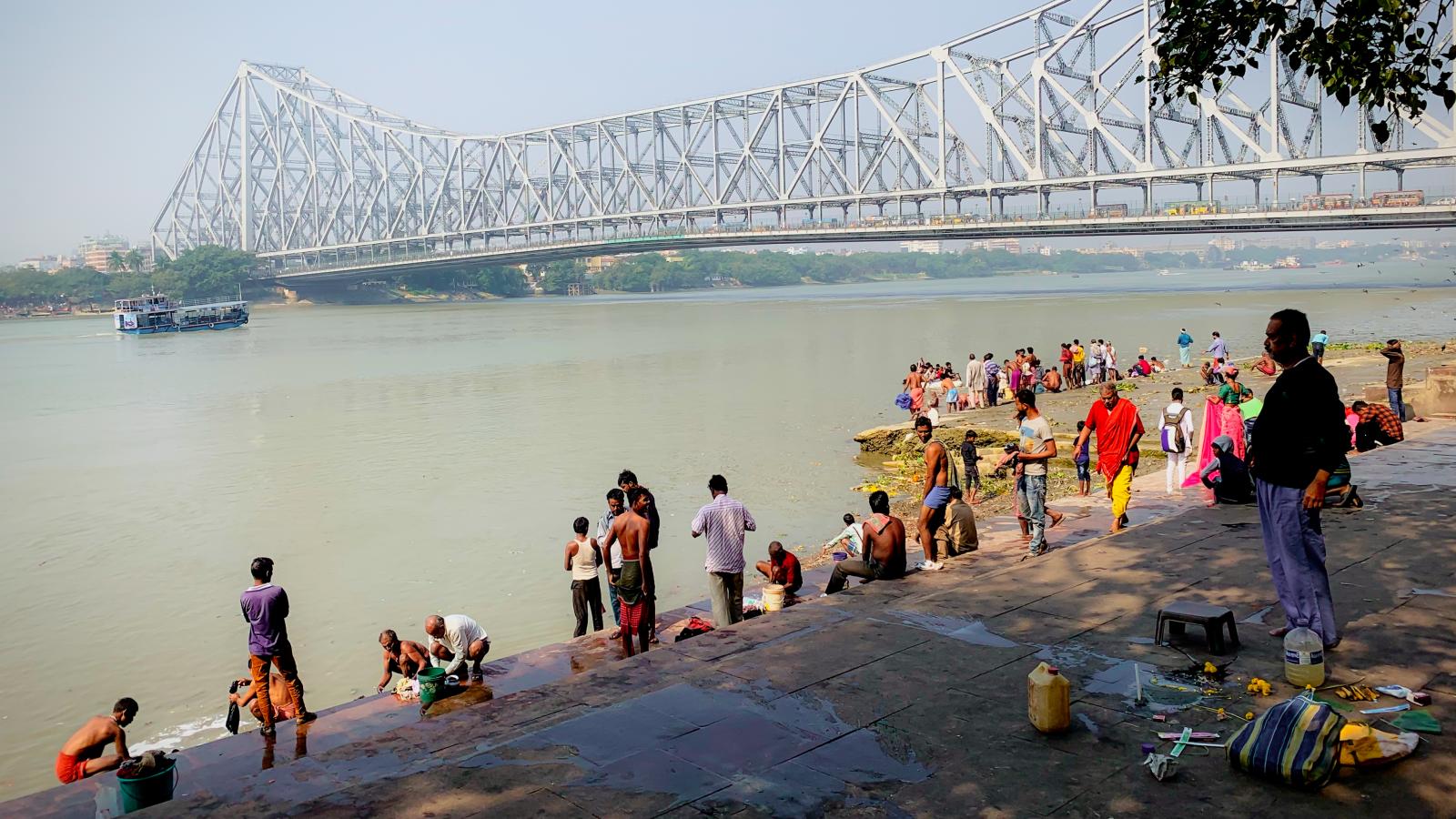 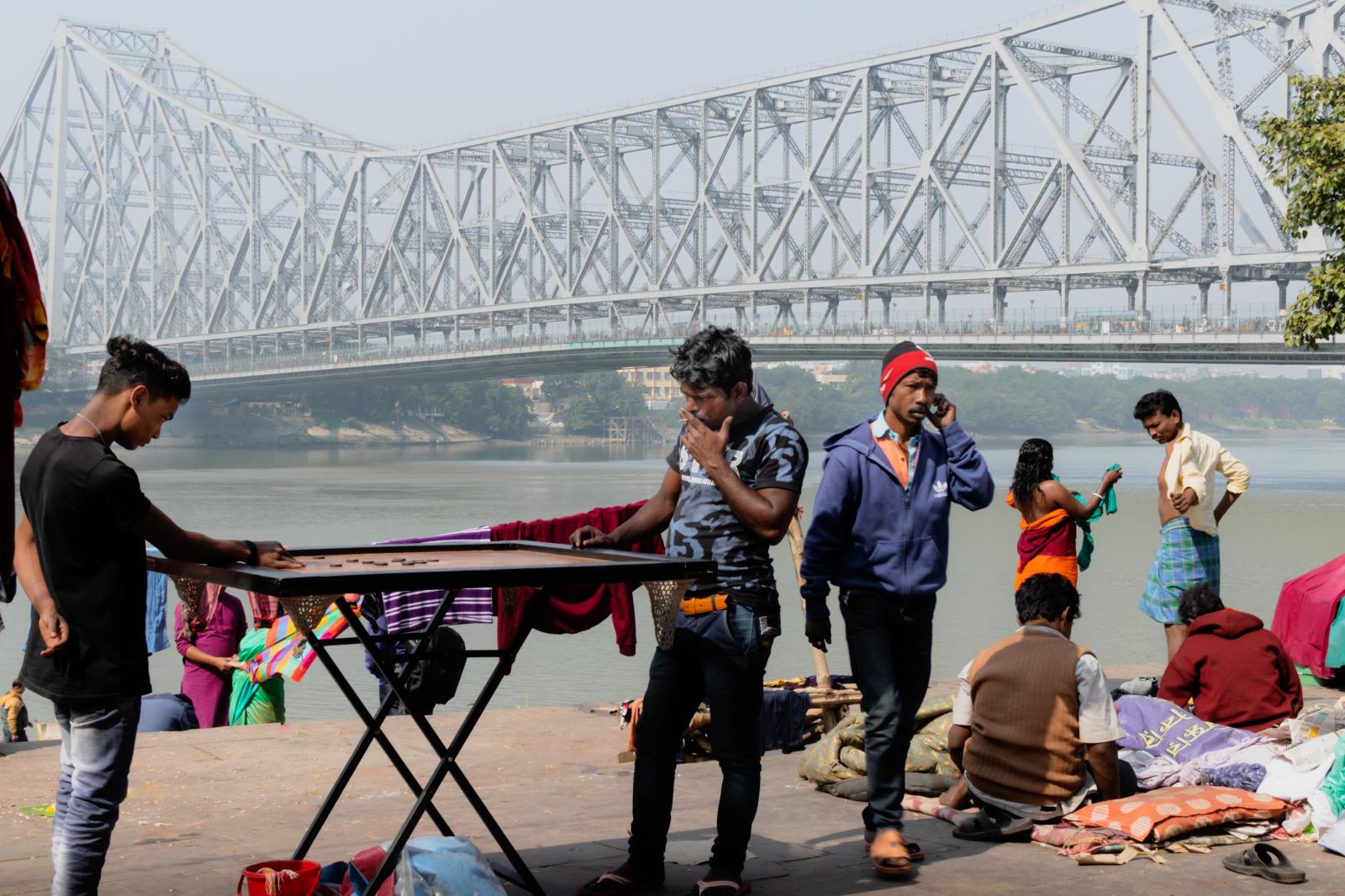 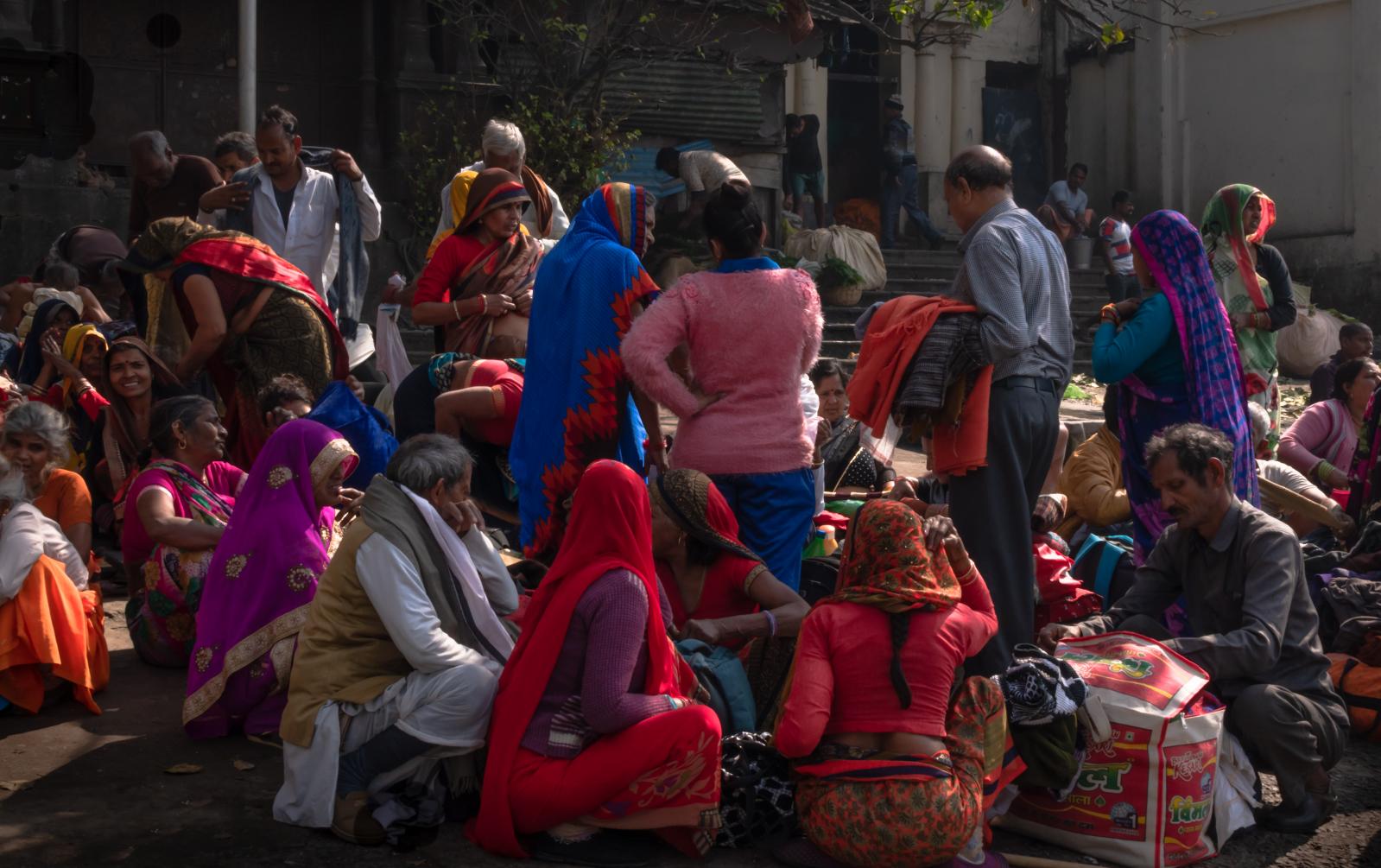 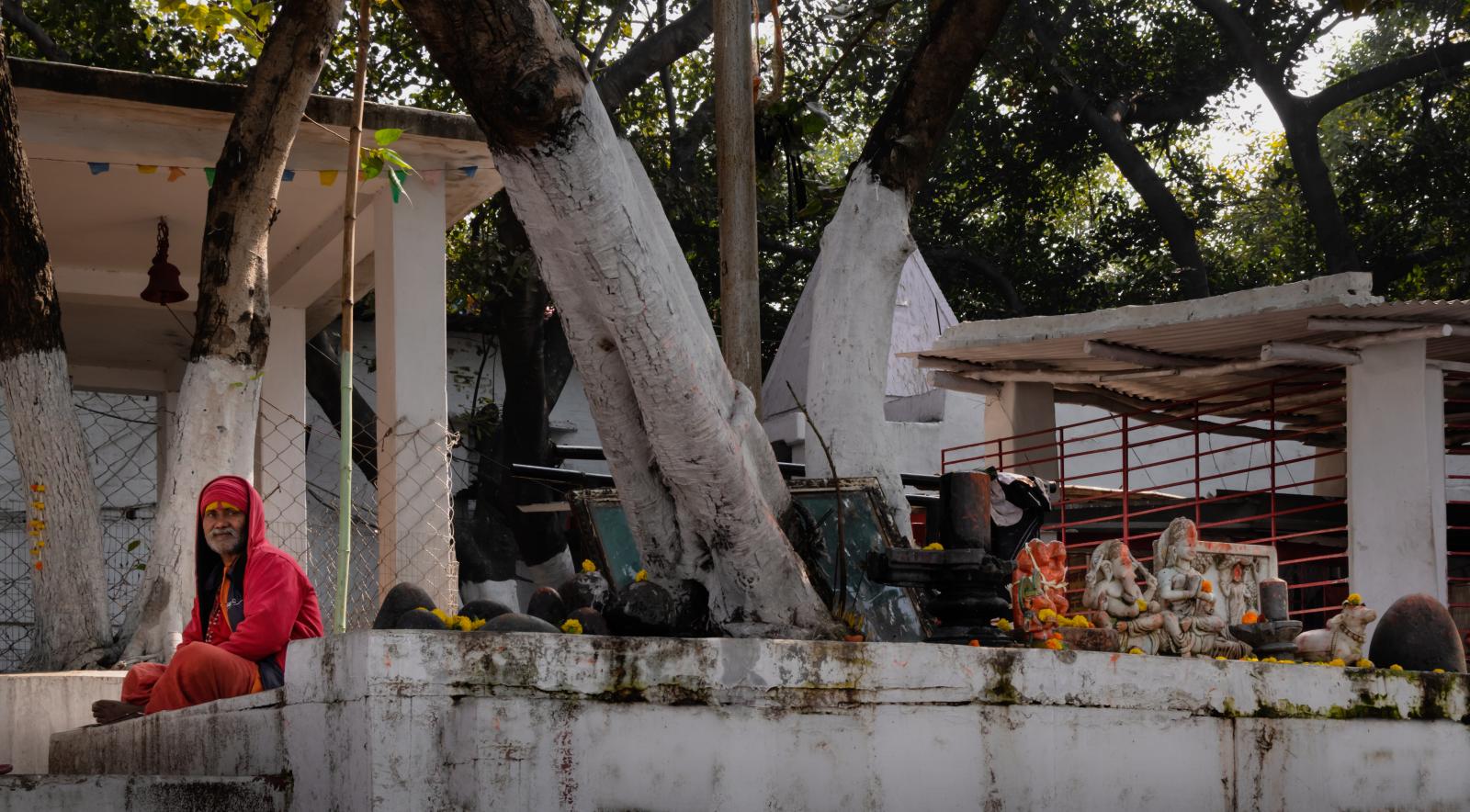 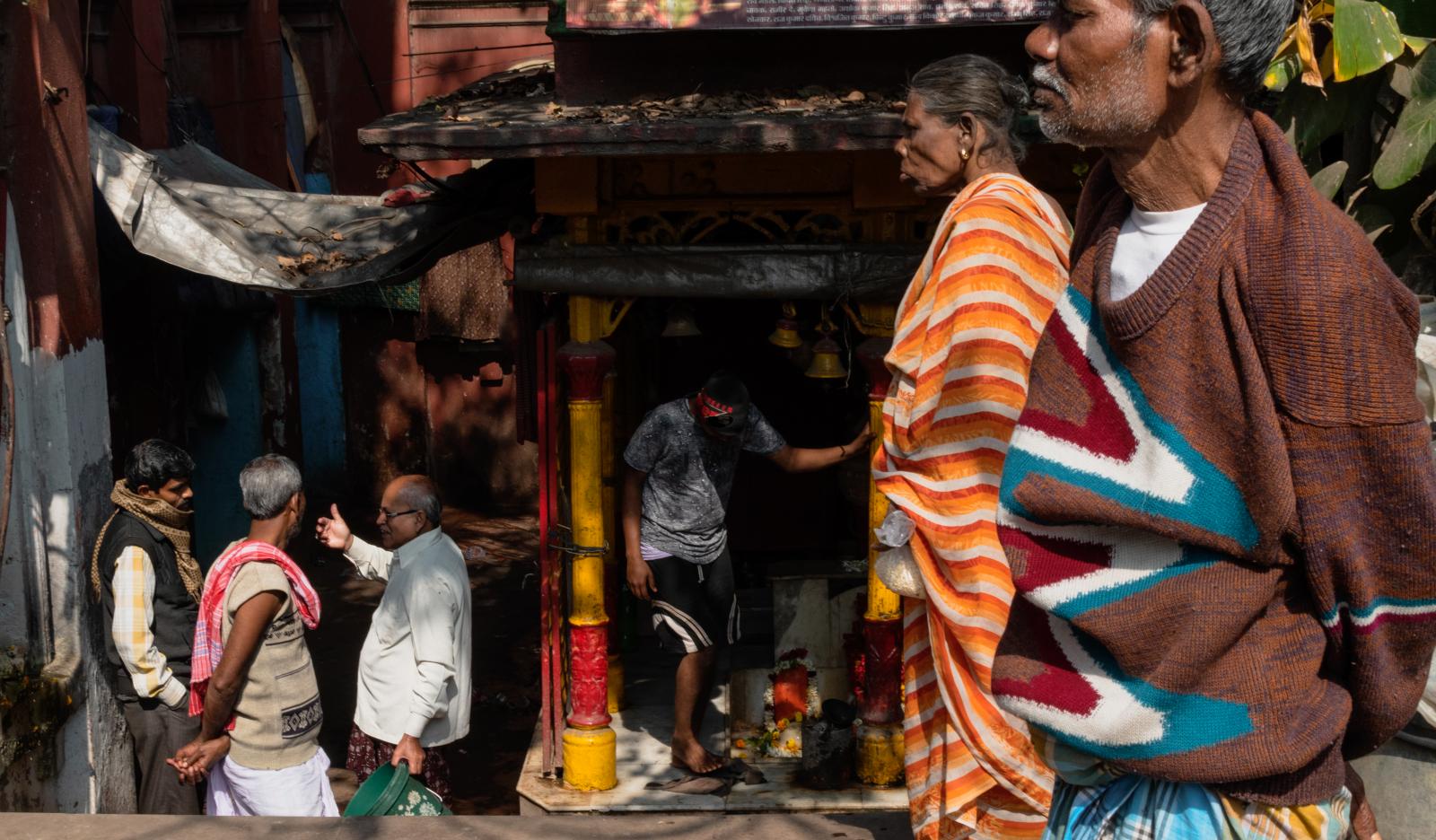 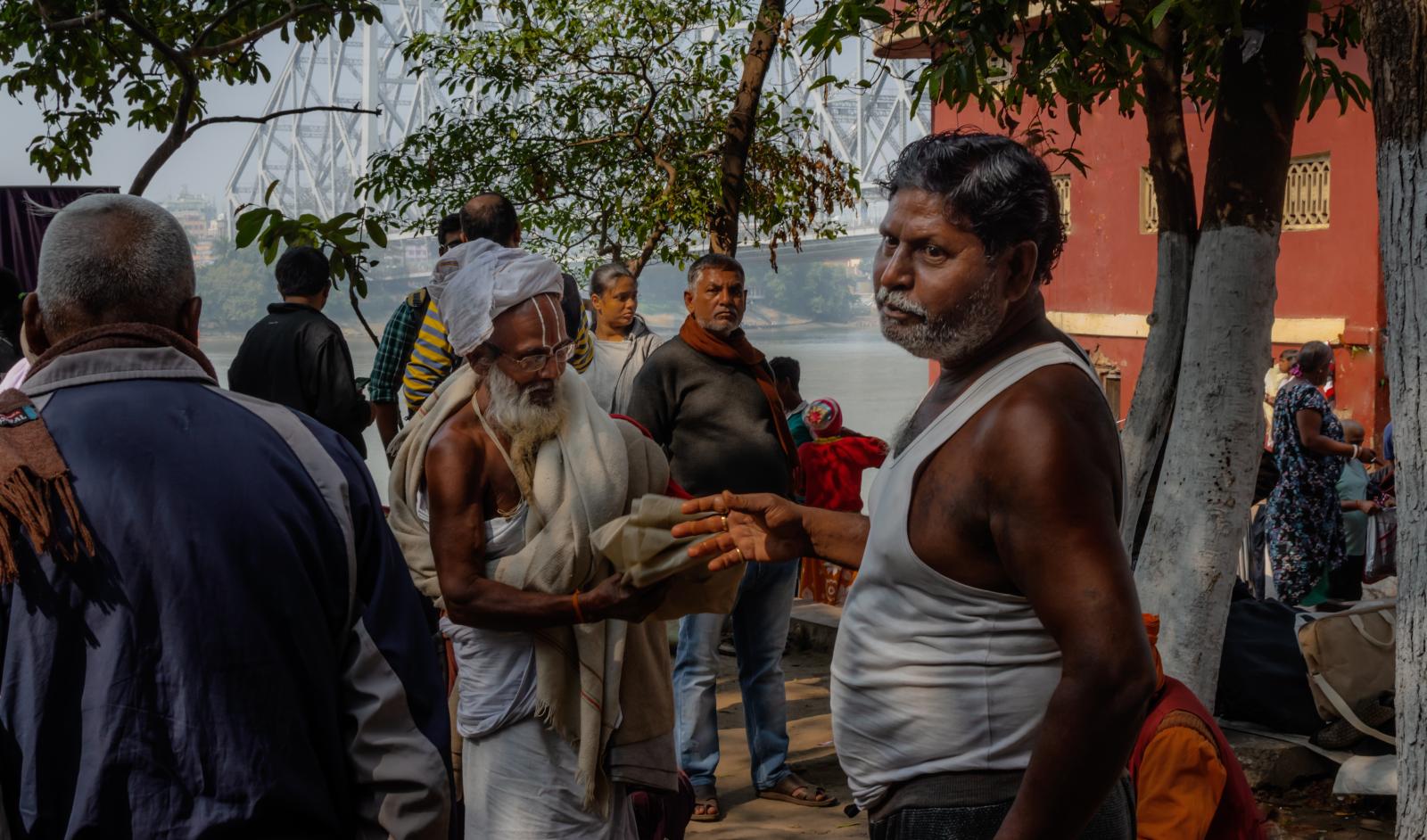 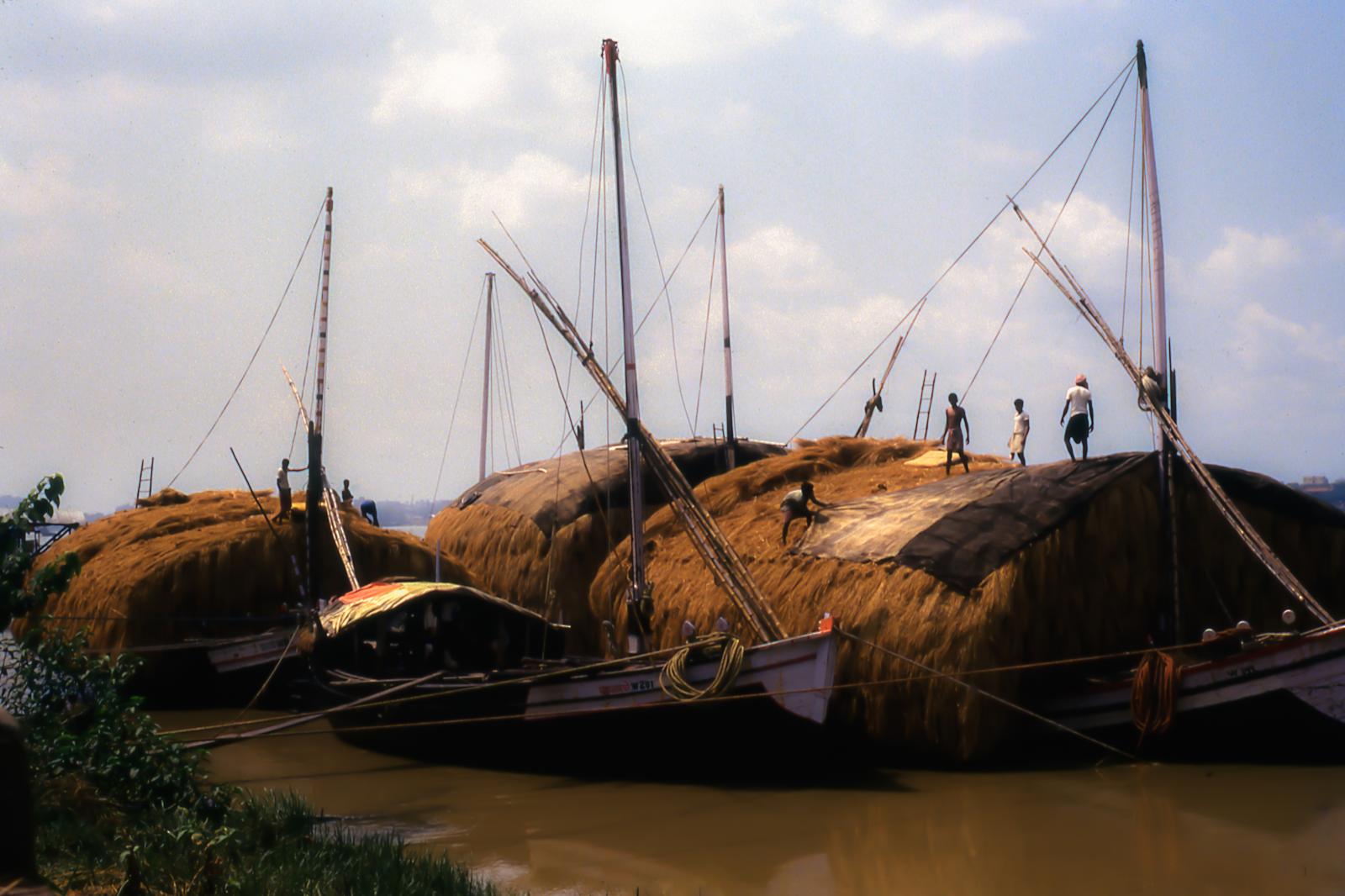 What starts as a trickling source of frigid ice-cold waters of the Gangotri glacier, a Hindu pilgrimage site at about 13,000+ feet in the Himalayas in the state of Uttarakhand, India, becomes the primary source of water for one of the major rivers of the world – the Ganges. The Gangotri glacier, one of the largest in the Himalayas, about 30 km long and 4 km wide, is surrounded by several magnificent snowcapped peaks, notable for their extremely challenging climbing routes, such as Shivling, Thalay Sagar, Meru, and Bhagirathi. At the snout of the Gangotri Glacier, at a cave called, Gomukh (meaning, ‘Mouth of a Cow’), is the source of the Bhagirathi River, one of the primary headstreams of the Ganges river. Though multiple small streams comprise the headwaters of the Ganges, five confluences and six longest streams are considered to be the main ones. The six headstreams are – Alaknanda, Dhauliganga, Nandakini, Pindar, Mandakini, and Bhagirathi. Their confluences, known as the ‘Panch Prayag’ (meaning Five Confluences), are all along the Alaknanda river. The confluences, in downstream order – Vishnuprayag (where the Dhauliganga joins the Alaknanda); Nandprayag (where the Nandakini joins); Karnaprayag (where the Pindar joins); Rudraprayag (where the Mandakini joins); and finally, Devprayag (where the Bhagirathi joins the Alaknanda) to form the river Ganges. Flowing South and East through the Gangetic Plain of India and Bangladesh, covering a journey of about 2600 km, the Ganges finally drains into the Bay of Bengal sea.

The Ganges is a source of sustenance to millions of people, whose lifestyle, culture, religion, and habits have been shaped by the river for generations. Some of the biggest fairs in India, which attracts millions of pilgrims and visitors, are located along the banks of the Ganges. The most prominent of them are – the Kumbh Mela (Fair) in Prayag (Allahabad), which happens every 12 years; the annual Sonepur Cattle Fair in Bihar, the largest cattle fair in Asia were buying and selling of domesticated elephants is a major attraction; and the annual Gangasagar Mela, the second largest congregation of mankind after the holy Kumbha Mela, takes place where the Ganges meets the Bay of Bengal, about 100 km south of Kolkata. About 300 km north of Kolkata, at a place called Farakka, there is a barrage that controls the flow of water of the Ganges between India and Bangladesh. The main flow enters Bangladesh and is known as Padma, and the tributary Hooghly (also known as Bhagirathi) continues in West Bengal past Kolkata. The visual stories in here are centered around the river Ganges (Hooghly) in Kolkata, India.

The year was 1690. In the afternoon of a late August day, a boat belonging to Job Charnock, an agent of the British East India Company, drifting on the Hooghly river, had to make an emergency stop at the banks of the river due to heavy rain. The place, ruled by the Emperor of Bengal under Mughal dominion, consisted of three villages – Sutanuti, Gobindapur, and Kalikata. After the Nawab granted the East India Company a trading license, the area was developed by the Company into an increasingly fortified trading post. Thus, what is the mega-metropolis of today, Kolkata, was born. It served as the capital of British-held territories in India until 1911, when it was moved to New Delhi due to the growing nationalism movement in Bengal.

Kolkata (also known as Calcutta, the official name until 2001), nicknamed the "City of Joy,” is regarded as the cultural capital of India and has a population of about 14.8 million, along with its suburbs. It played a crucial role in the Indian independence movement and remains a hotbed of contemporary state and national politics. Following India’s Independence from Britain in 1947, Kolkata evolved into a center for modern Indian education, culture, science, politics, and sports. Sports (mainly soccer, and cricket) is a big deal for the people of Kolkata, and they are referred to as one of the most sports-loving people in the world. There is a big cricket stadium (Eden Gardens) and multiple soccer stadiums by the Ganges. The most notable and historic landmark across the river Ganges is the ‘Howrah Bridge.’ When commissioned in 1943, it was the 3rd-longest suspension cantilever bridge in the world, connecting Kolkata with the city of Howrah, a major railway hub and industrial center. On average, it carries over 100,000 vehicles and 150,000+ pedestrians daily. The bridge has been renamed ‘Rabindra Setu’ after the great Bengali poet Rabindranath Tagore, who was the first Indian and Asian Nobel laureate. A second bridge, called Vidyasagar Setu, the longest cable-stayed bridge in India, was completed in 1992 to ease the pressure on Howrah Bridge.

Life around the river Ganges starts at early morning with the bathers and people offering prayers. In the Hindu religion, the river Ganges is considered sacred and is personified as the goddess Ganga. She is worshiped by Hindus and Buddhists who believe that bathing in the river causes the remission of sins and facilitates 'Moksha' (liberation from the cycle of life and death). There are several temples and places of worship by the banks of the river. It is also the place for business and people’s livelihood. Located adjacent to the Howrah Bridge, the Mullik Ghat flower market, is the largest not only in India but Asia also, with over 4,000 vendors selling everything from roses, marigold, jasmine, rajanigandha (tuberose), imported lilies, to a host of other flowers. The place is a visual treat to watch, particularly for street/travel photographers. Kolkata is vibrant throughout the year, but more so during the weeklong Durga Puja festival, during October, which ends with much fanfare when the clay idols of huge Goddess Durga, along with her four children, are immersed in the River Ganges.

The Ganges is threatened by severe pollution. Also, erosion of its banks, due to the cutting of trees, is leading to shallowness in its depth. This poses a danger not only to humans but also to animals; the Ganges is home to approximately 140 species of fish and 90 species of amphibians. The river also contains reptiles and mammals, including critically endangered species such as the Gharial and South Asian river dolphins. Human waste, as well as industrial waste, constitute to this pollution, and the Government’s effort to clean the waters of Ganges has been proved to be inadequate. This is an issue that needs the active support of religious groups, local authorities, and common citizens. Furthermore, there needs to be a global awareness and backing from environmentalists and enthusiasts towards education, environmental planning, and technical expertise—without which, India’s holiest river is likely to suffer irreparable damages.