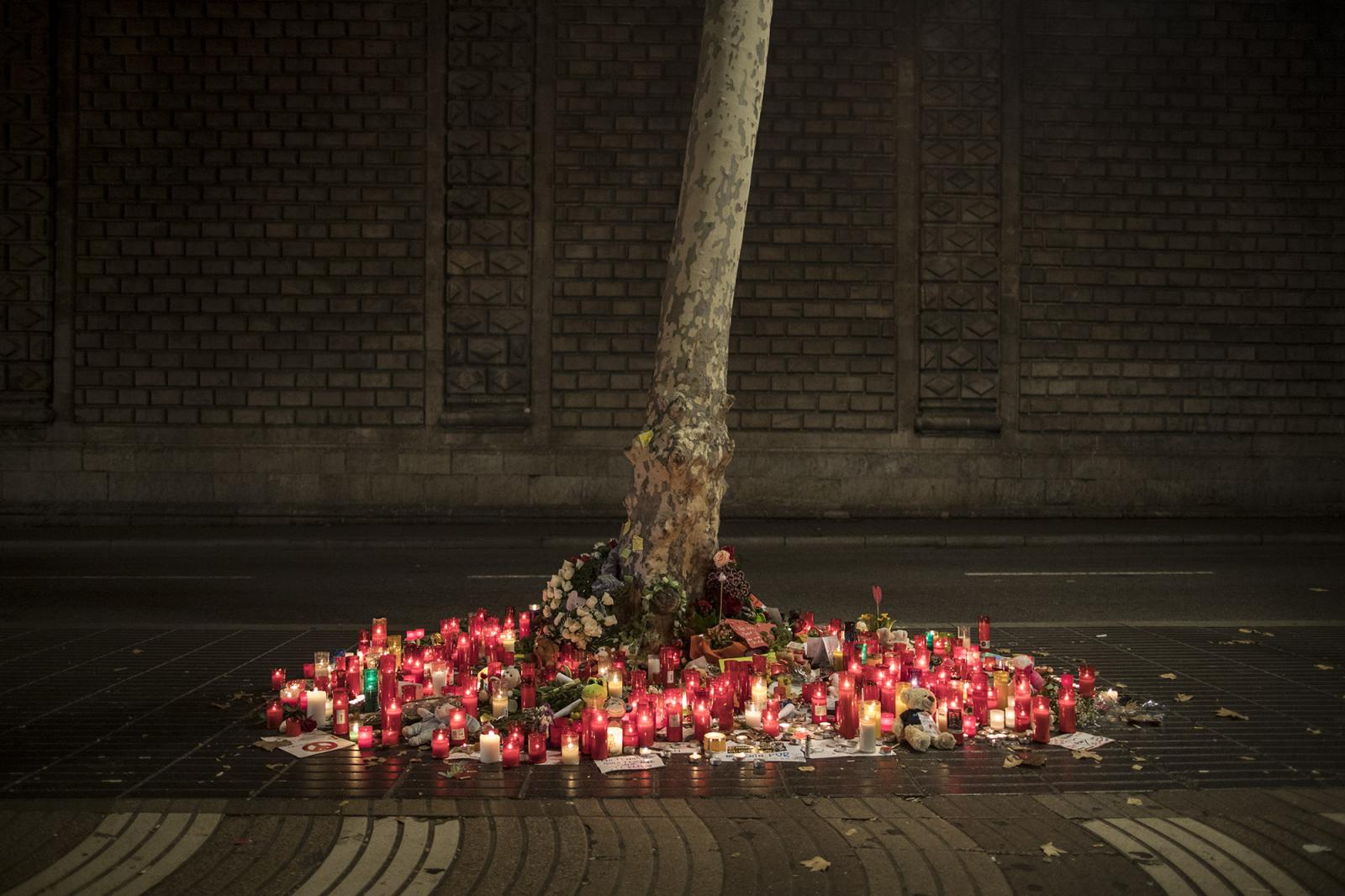 On the afternoon of 17 August, a van attacked the crowd walking along the emblematic Ramblas promenade in Barcelona, leaving fifteen dead and more than a hundred injured, with victims of 34 different nationalities. It was the worst terrorist attack on Spanish soil in thirteen years. On the days that followed, in a city mourning the tragedy, thousands of people left messages, flowers, candles and other objects at the scene of the massacre to pay homage to the victims and express their rejection of terrorism. The 500 metres of pavement where the attack took place became an immense, spontaneous memorial that, for twelve days, did not stop growing. "Islam is peace", "We are not afraid" and "No crashes or bombings. Peace right now” were some of the messages that could be read in numerous languages and on various mediums (postcards, photographs, papers and even written with chalk on the pavement) along the entire trajectory that the van drove. Along with the messages, thousands of objects were placed: plush toys, shirts, balloons, flags, paintings, and more. The tributes left on those days represented more than a show of solidarity— together, they allowed for us to shape the way in which large part of society responded to a moment that would leave its mark on Spain’s history.
Twelve days after the attack, the cleaning teams of the Barcelona City Council carefully disassembled this huge memorial so that the Ramblas promenade could get back to normal, where today there are no visible signs of the attack. A total of more than 5,000 objects, twenty-seven boxes of documents, hundreds of bouquets and thousands of candles were removed. Where were these tributes being taken? Aware of the historical and sociological value of these documents and objects, the Barcelona City Council undertook the colossal task of cleaning, selecting and archiving them so that they could be part of the historical record of the city. Fifteen technicians, historians and municipal restorers worked since September on the cleaning and classification of the tributes in a project that will last for several months, until all of them were inventoried and digitised. In one of the rooms of the Museum of History of Barcelona, half a dozen experts worked at a large table located in front of several shelves of amphoras. The team, more used to handling historical pieces than plush toys and t-shirts, selected, cleaned, photographed and classified each of the objects. The documents, on the other hand, were being handled by professionals from the city’s Municipal Archive. Surrounded by boxes and donning white coats and gloves, several restorers carefully removed the dirt and wax from each one before cataloguing them.
The work of these experts lasted for several months. The final goal was to build a record: once digitised, the objects that embodied the mourning of an entire city were to be uploaded to a digital archive serving as the basis for study, while also being a testimony for future generations of the social reaction to the attack that shocked Barcelona to its core in 2017.
Text by Maribel Izcue
For any professional inquiry contact here