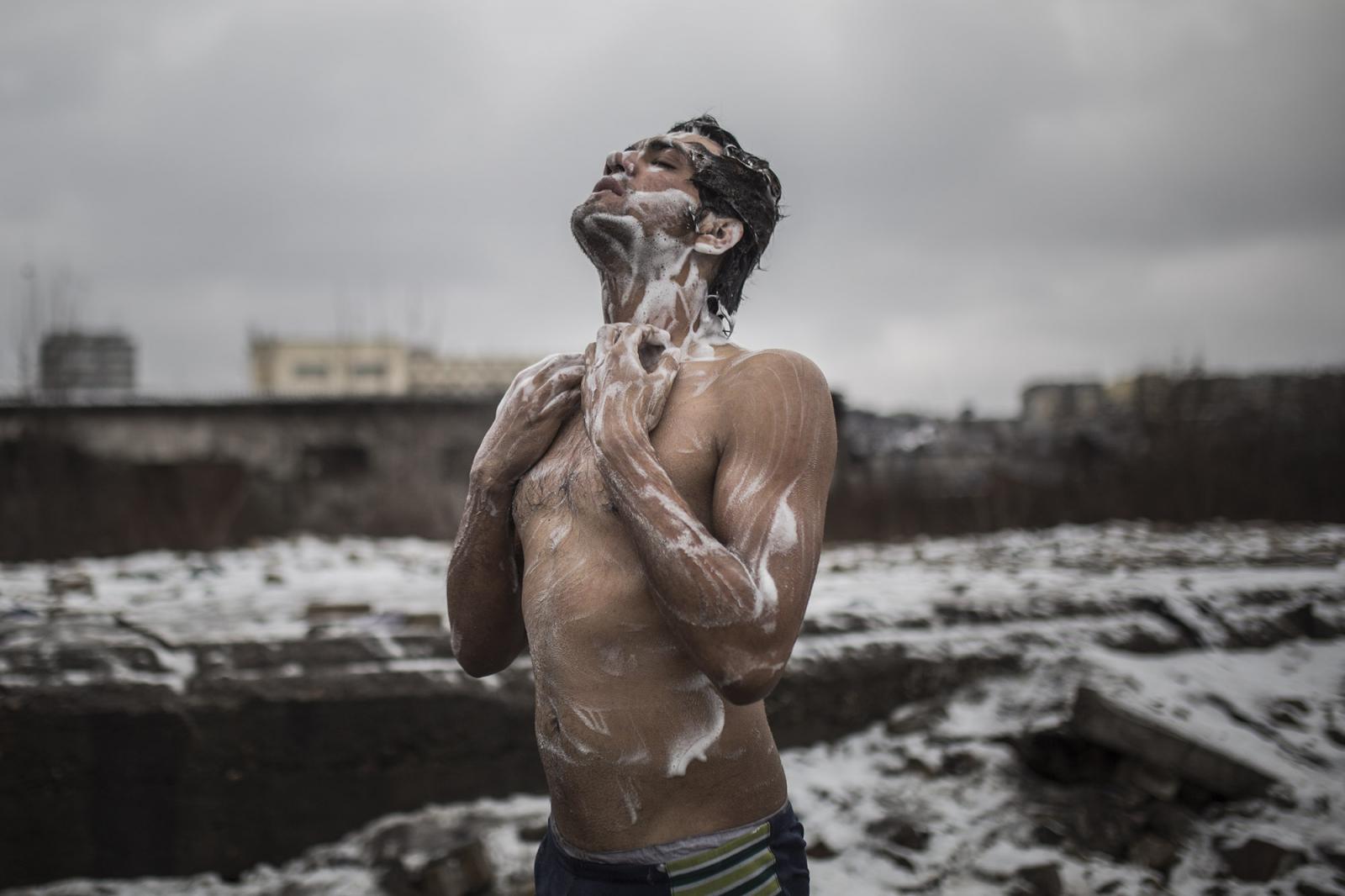 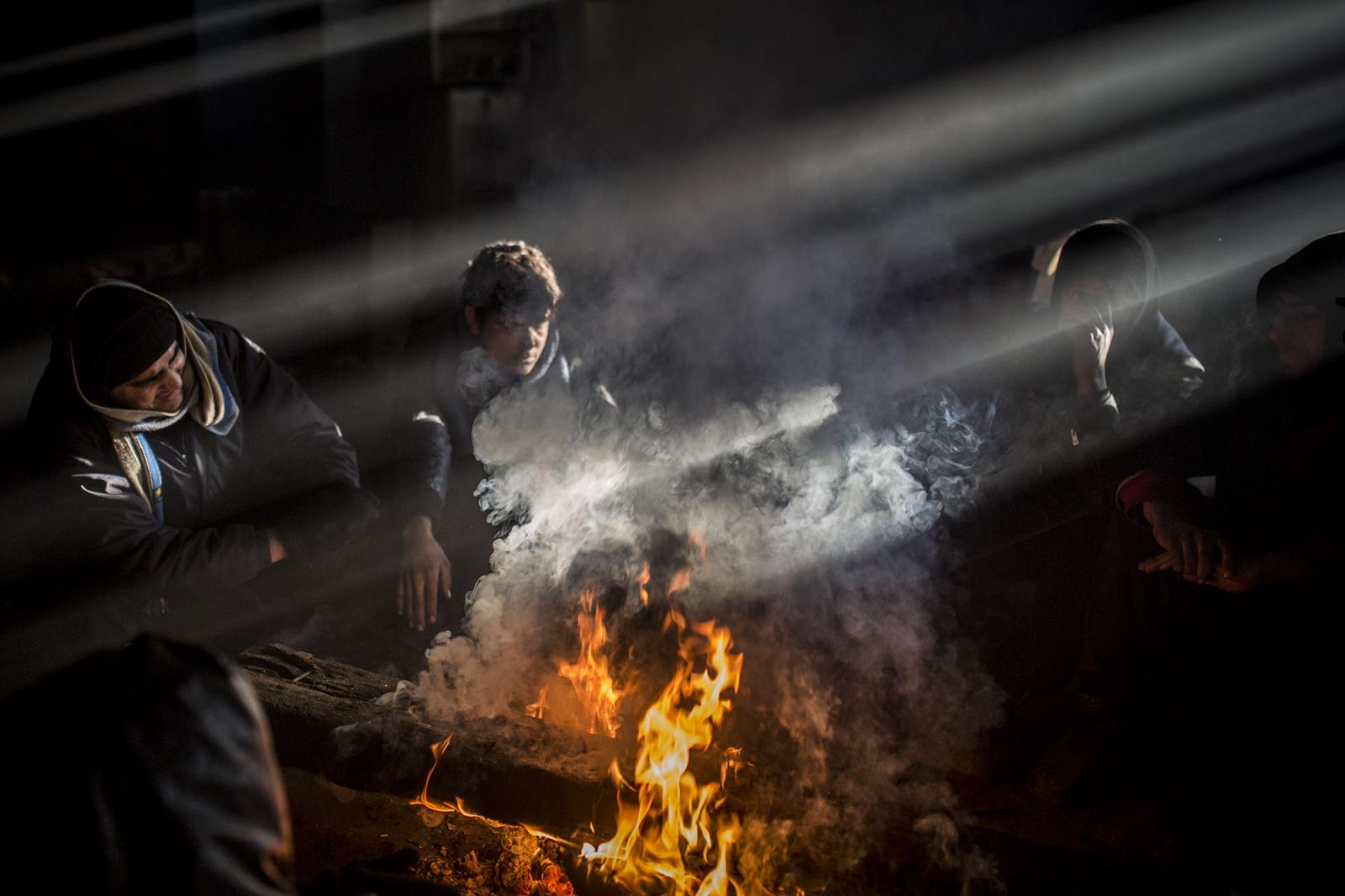 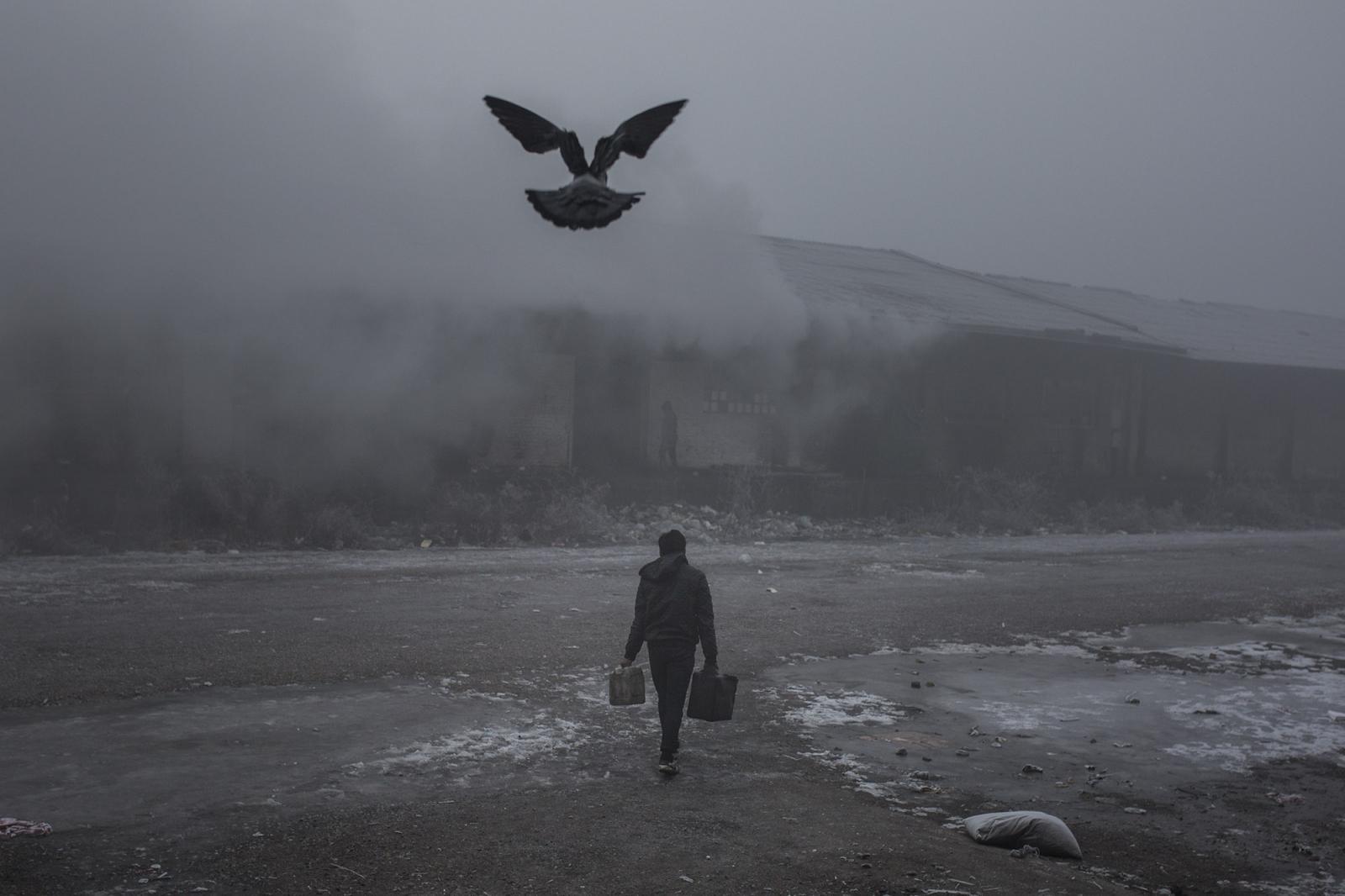 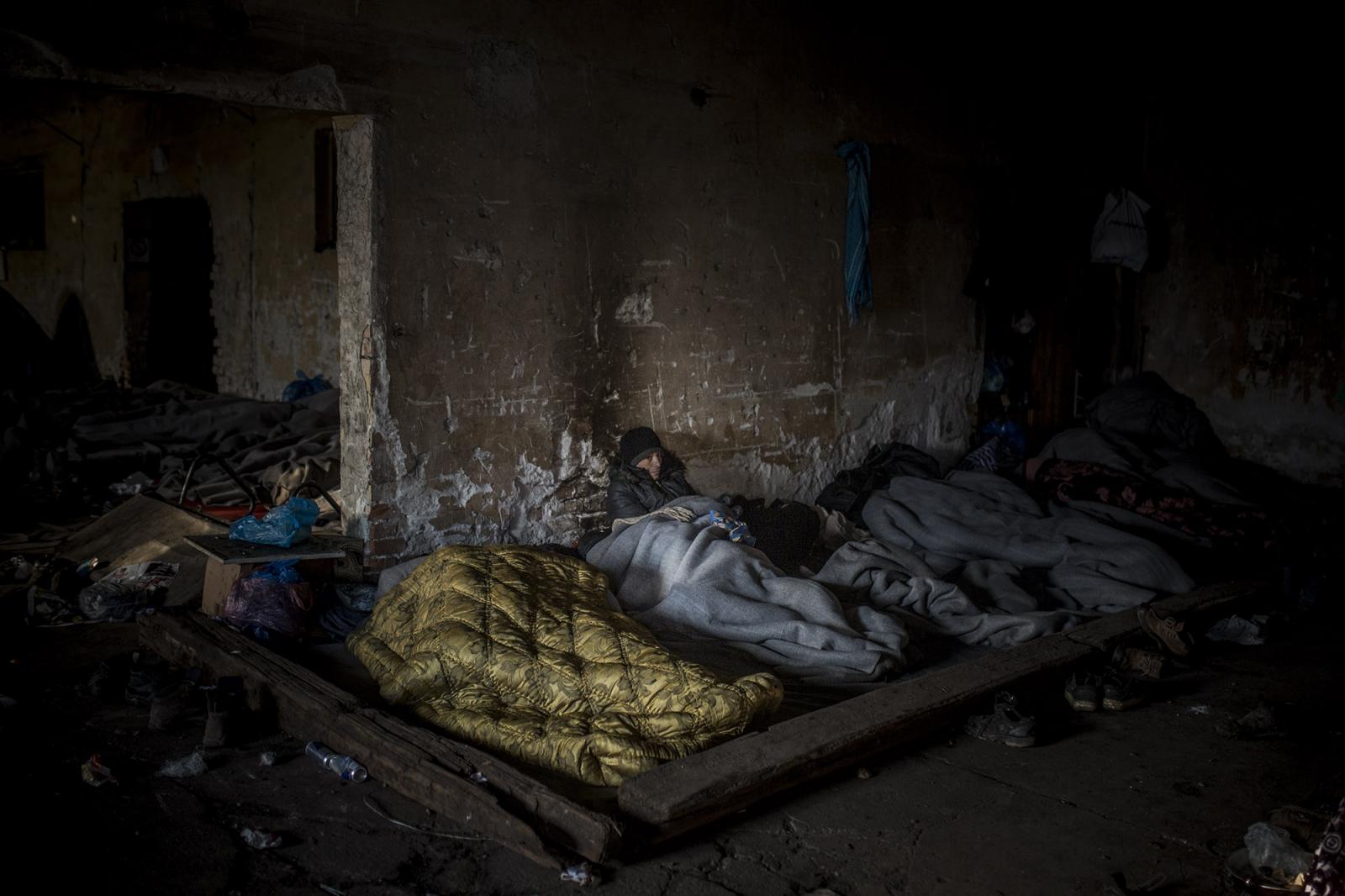 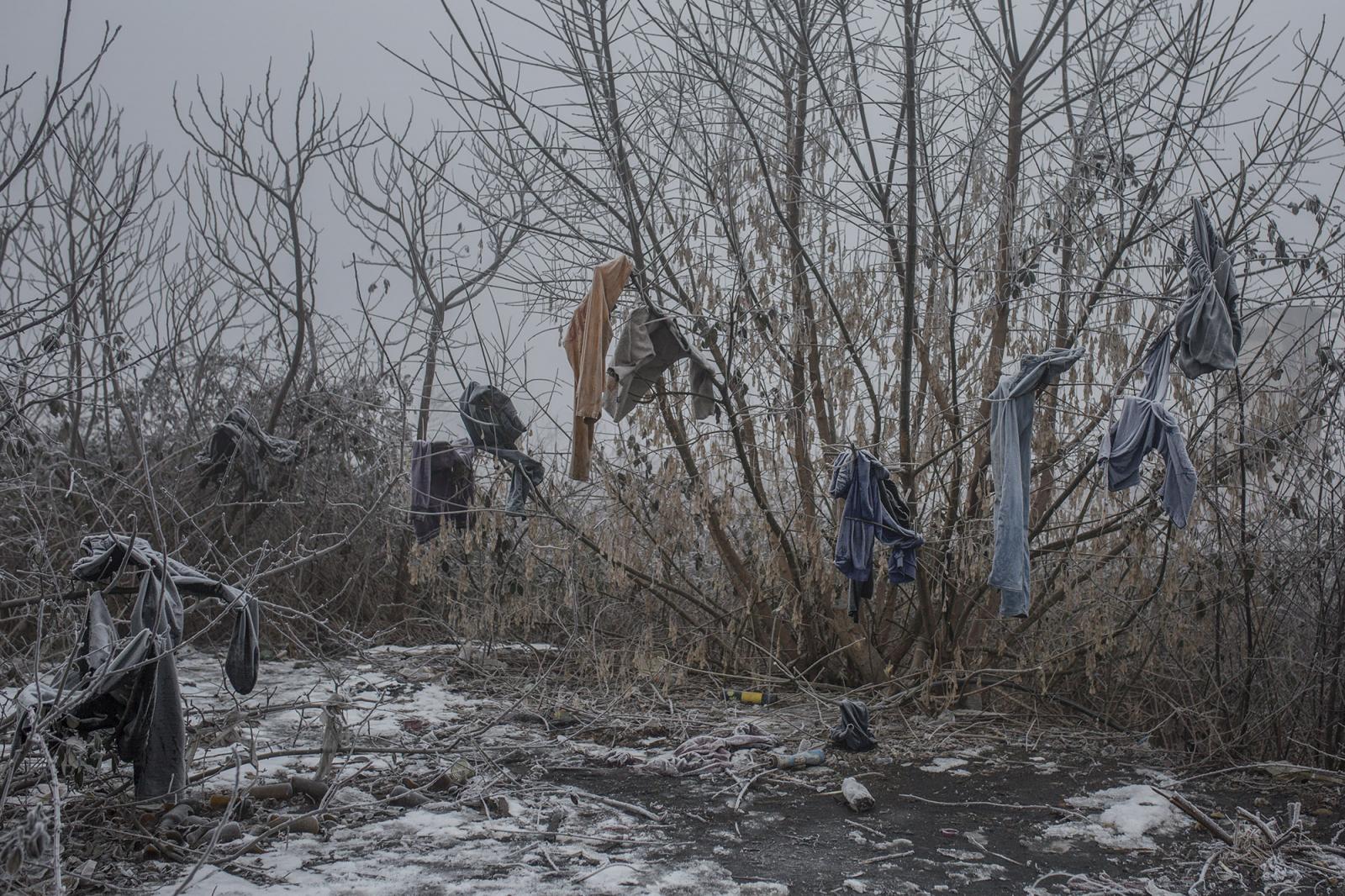 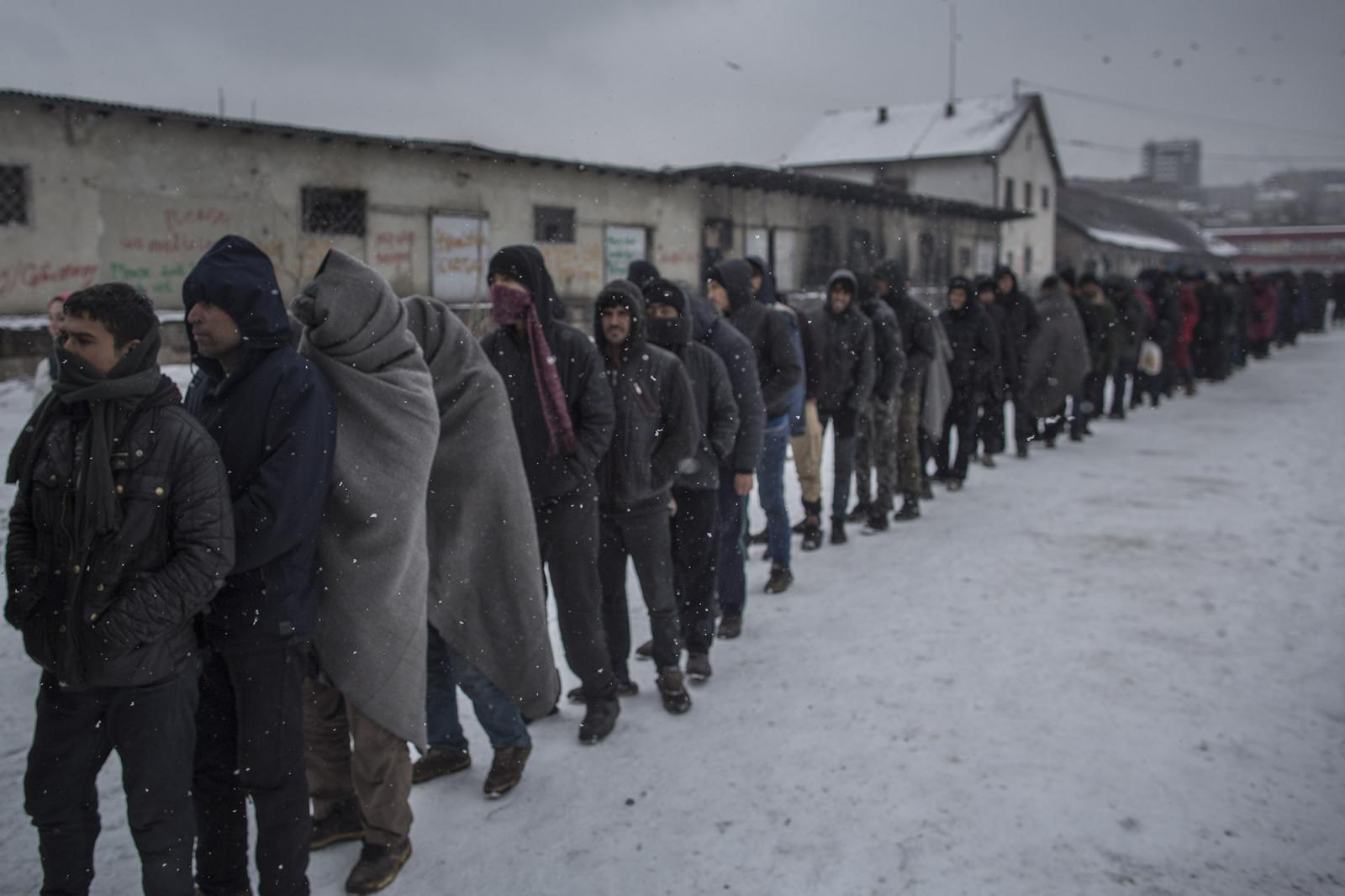 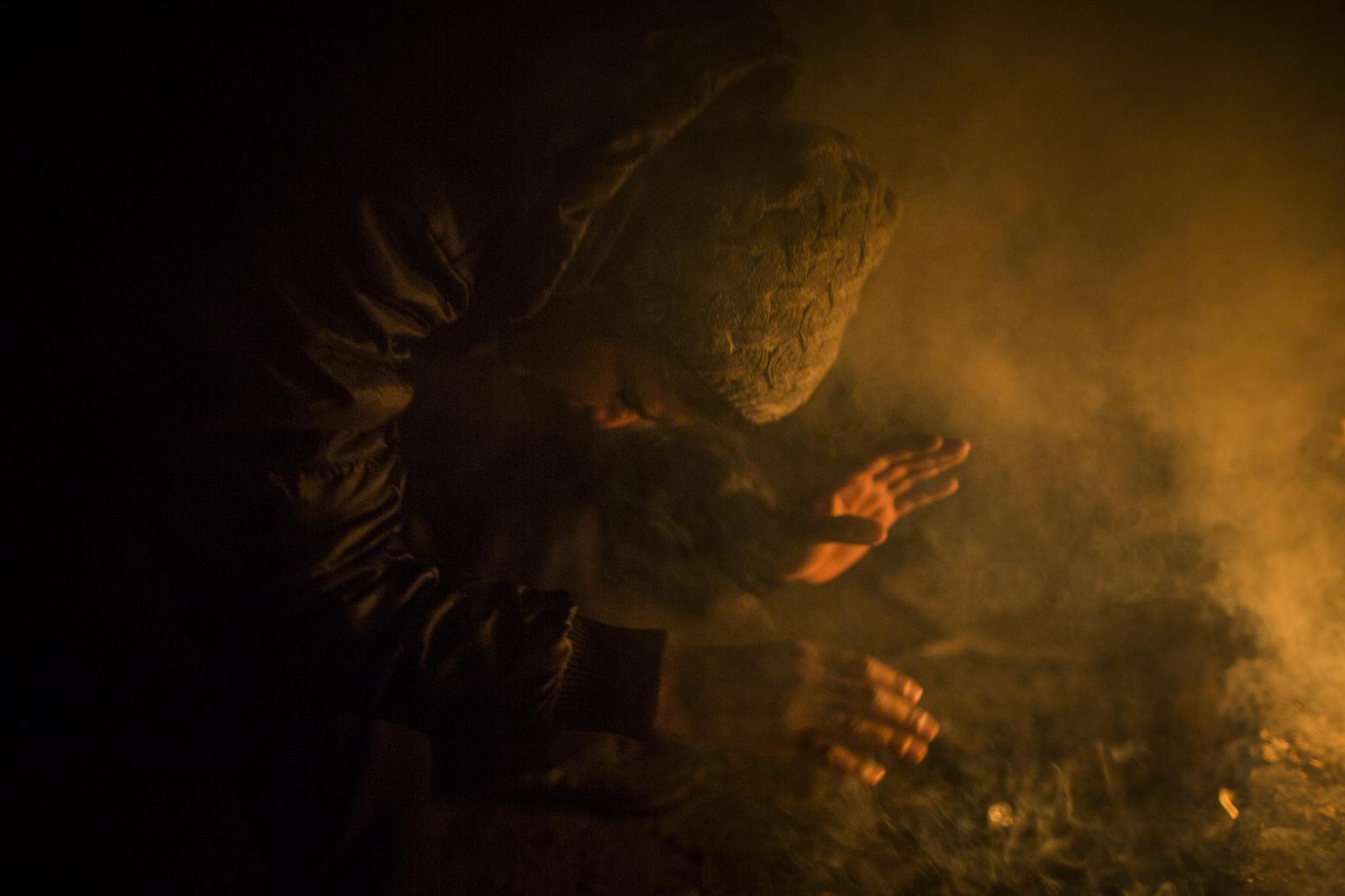 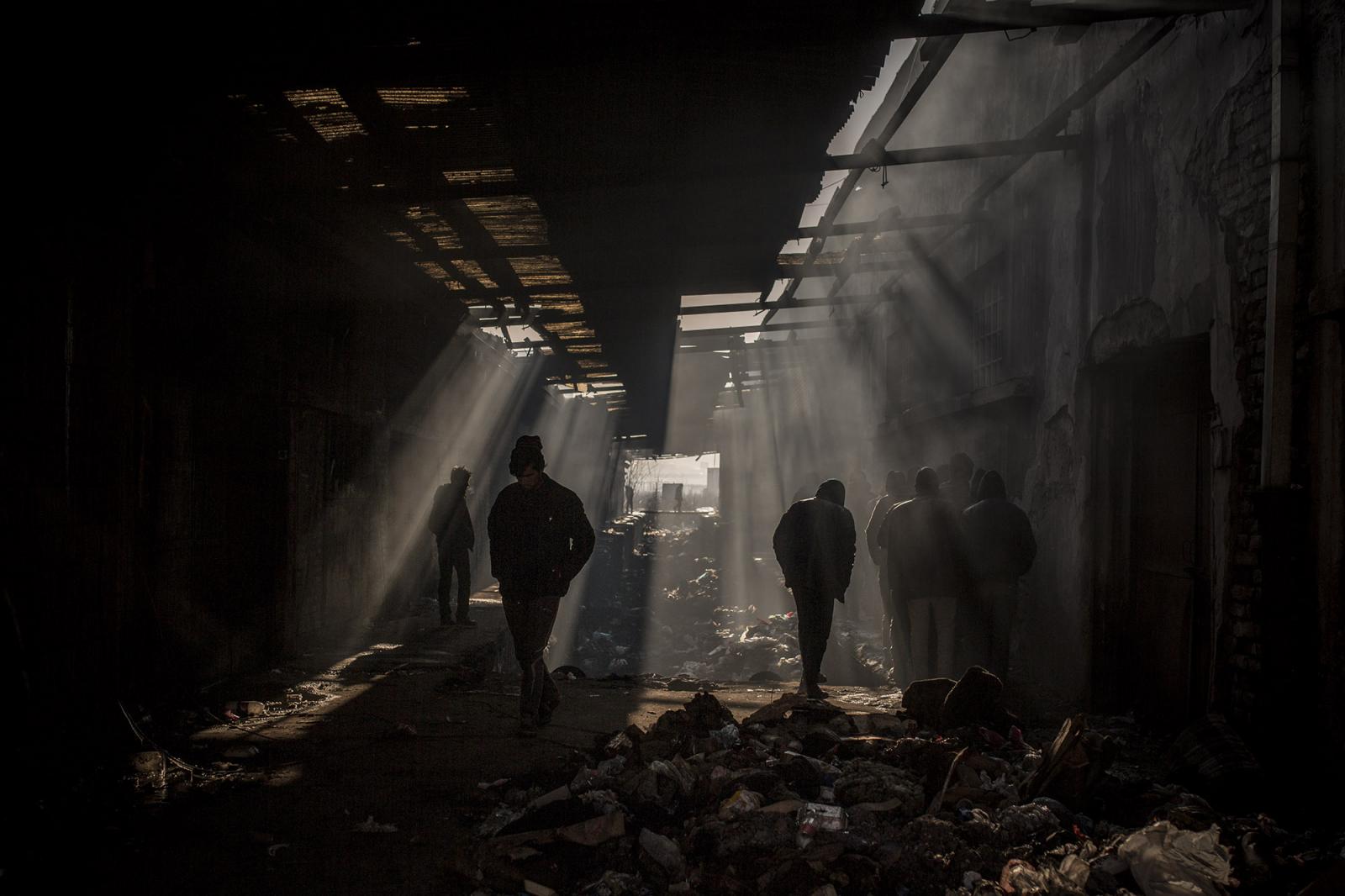 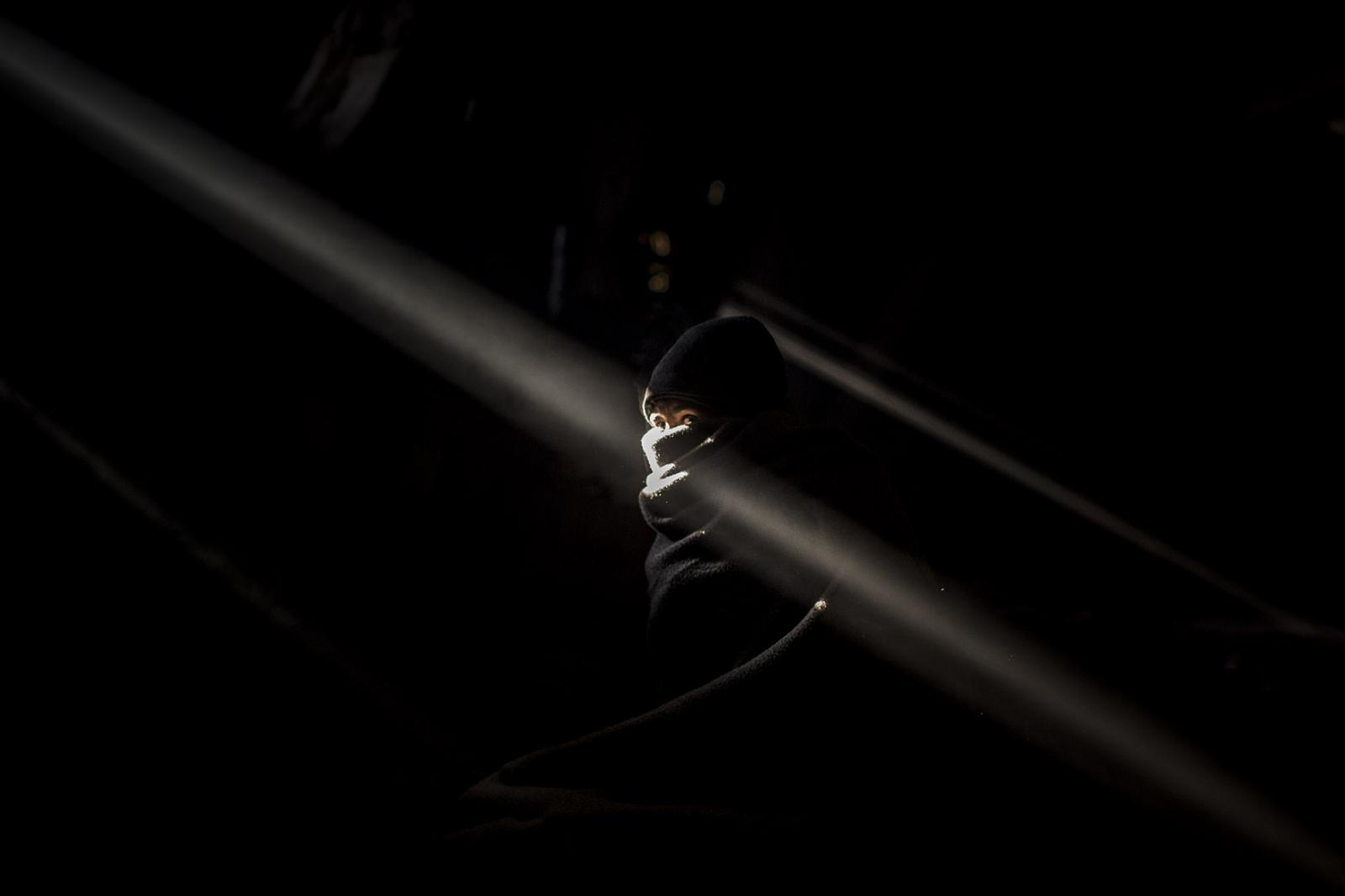 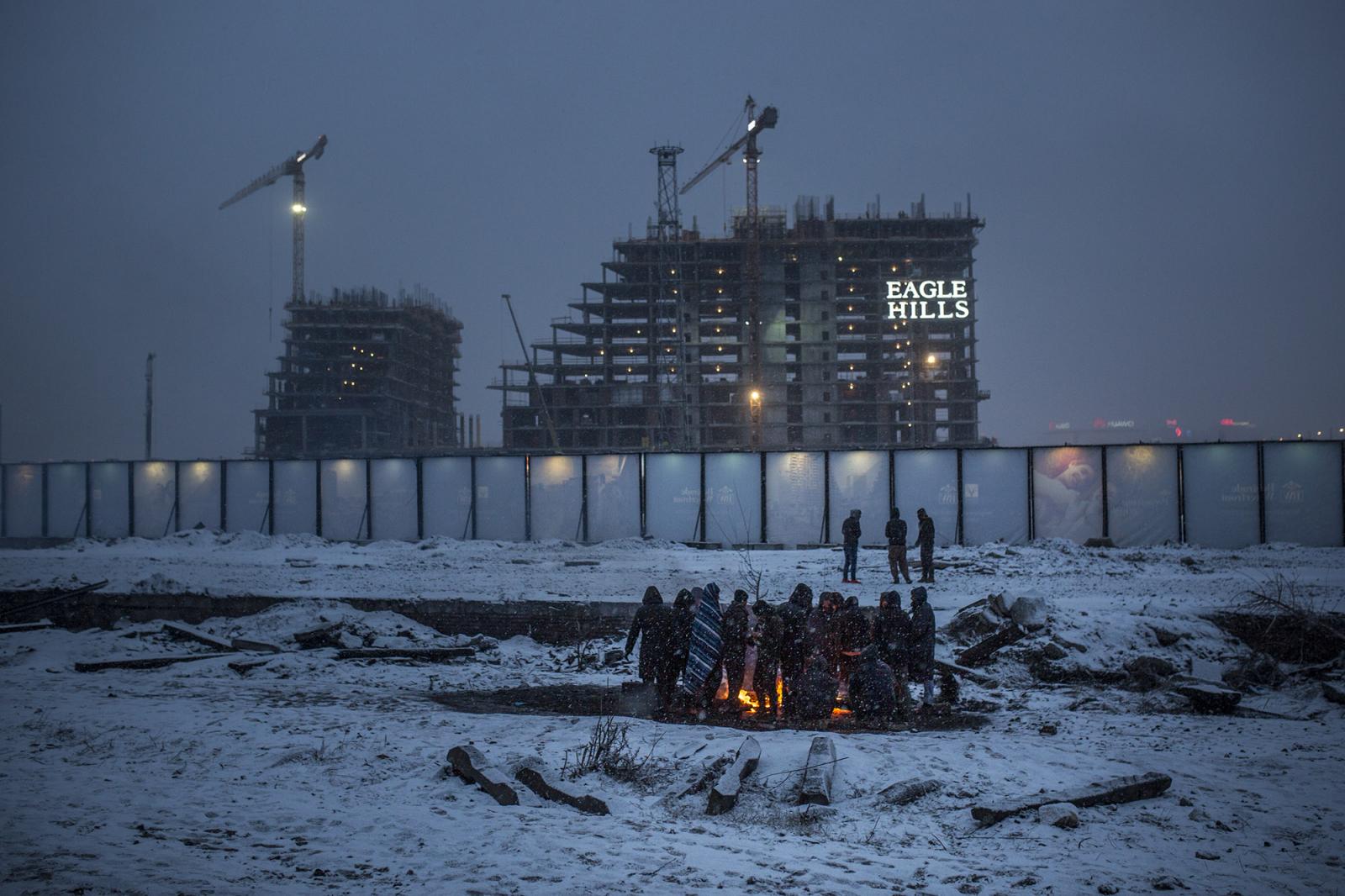 10 of 10 © 2020 Santi Palacios
Public Story
BELGRADE
Credits: santi palacios
Updated: 10/01/20
Location: Belgrade
Belgrade, Serbia I 2017
Endless rows of freezing people, refuge without electricity, water or suitable toilets. Just makeshift fires and blankets to combat the frigid temperatures and a precariousness surrounding it all. These photographs could have been taken in 1940s Europe, ravaged by the Second World War, but instead they portray a European continent of closed borders in 2017.
More than 7,000 people were blocked in Serbia as a result of the agreement between the European Union and Turkey that came into force in March 2016. In formerly abandoned warehouses in the centre of Belgrade, next to the central station, a thousand people, coming mostly from Afghanistan and Pakistan, fought against low average temperatures several degrees below zero. Many had been in this place for six, seven or eight months. Some had tried to cross the border on several occasions but were always arrested by the police and returned to Belgrade.
In the warehouses they slept on the ground, without toilets or showers and breathing the toxic smoke from fires they used to try to fight the cold. After some time there, a few decided to move to the formal camps run by the Serbian authorities, even though those places still did not have the capacity or the infrastructure to accommodate so many people. But most preferred to stay, waiting for an opportunity to cross the borders with Hungary and Croatia and enter European Union territory.

By Santi Palacios / MELILLA — Melilla, Spain I 2013 Dozens of children and teenagers, mostly from Morocco but including some from..
Oct 7, 2020

By Santi Palacios / DONETSK — Donetsk, Ukraine I 2015 The Kyivskyi District, one the neighbourhoods nearest the Donetsk International..
Oct 6, 2020

By Santi Palacios / KOS — Kos, Greece I 2015 Thousands of refugees from Syria, Afghanistan, Pakistan and other countries arrived on..
Oct 5, 2020

By Santi Palacios — Delhi, India I 2018 The Ghazipur landfill is located in East Delhi, almost on the border with the..
Oct 4, 2020

By Santi Palacios / lesbos — Lesbos, Greece I 2015 Migrants arrive by the hundreds on the beaches of the Greek island of Lesbos. And in..
Oct 3, 2020

By Santi Palacios / navotas — Navotas, Philippines I 2017   Navotas is one of the seventeen districts of Metro Manila, a humid and..
Oct 2, 2020