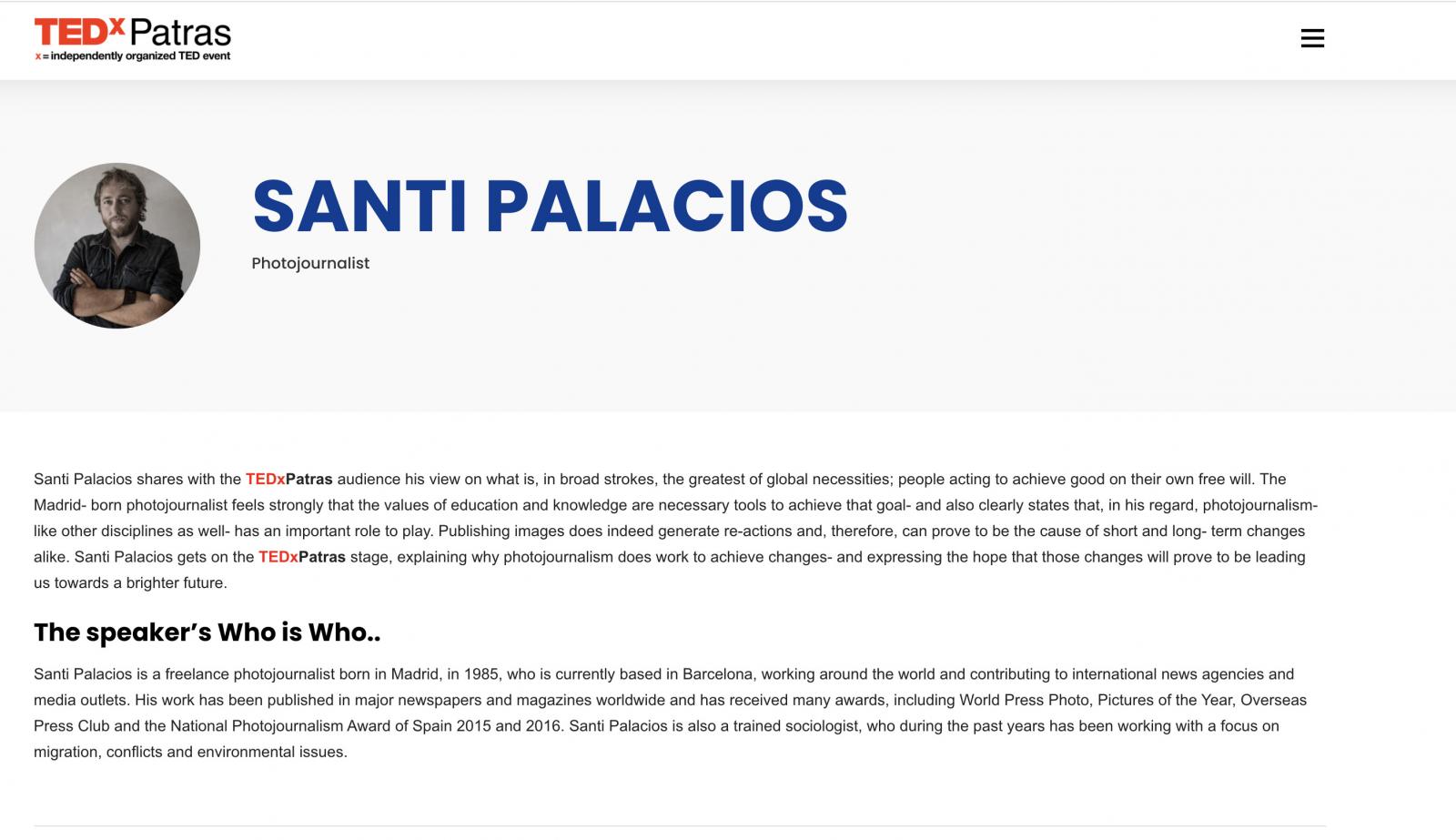 1 of 1 © 2022 Santi Palacios
Santi Palacios shares with the TEDxPatras audience his view on what is, in broad strokes, the greatest of global necessities; people acting to achieve good on their own free will. The Madrid- born photojournalist feels strongly that the values of education and knowledge are necessary tools to achieve that goal- and also clearly states that, in his regard, photojournalism- like other disciplines as well- has an important role to play. Publishing images does indeed generate re-actions and, therefore, can prove to be the cause of short and long- term changes alike. Santi Palacios gets on the TEDxPatras stage, explaining why photojournalism does work to achieve changes- and expressing the hope that those changes will prove to be leading us towards a brighter future.

The speaker’s Who is Who..

Santi Palacios is a freelance photojournalist born in Madrid, in 1985, who is currently based in Barcelona, working around the world and contributing to international news agencies and media outlets. His work has been published in major newspapers and magazines worldwide and has received many awards, including World Press Photo, Pictures of the Year, Overseas Press Club and the National Photojournalism Award of Spain 2015 and 2016. Santi Palacios is also a trained sociologist, who during the past years has been working with a focus on migration, conflicts and environmental issues.
Follow the link
Close