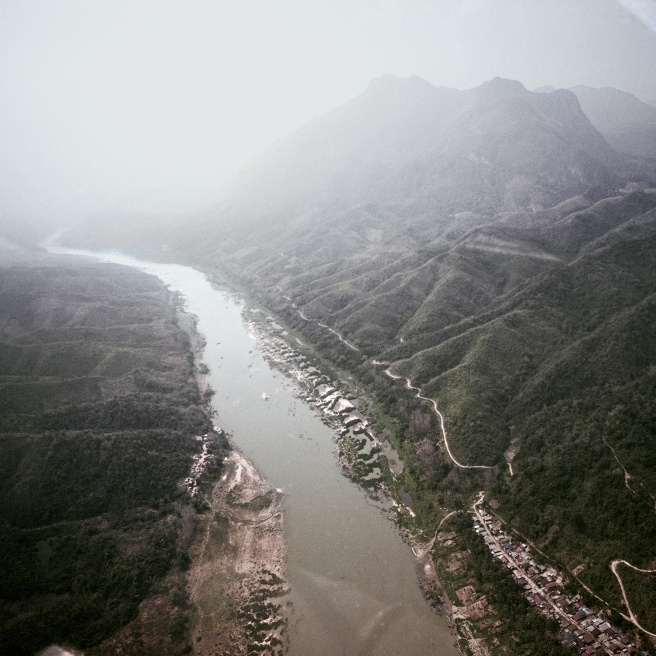 1 of 25 © 2021 Ore Huiying
Part of the Xayabouri dam construction includes creating a reservoir that stretches between 60-80km along Mekong River. Riverbanks along this section between Xayaboury province and Luang Prabang province will be flooded. 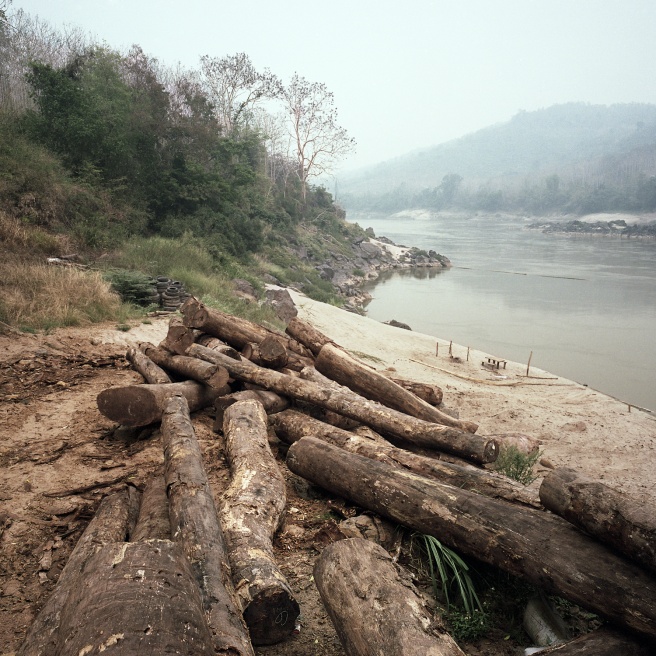 2 of 25 © 2021 Ore Huiying
Loggers in Laos make use of the Mekong River to transport felled trees from remote areas of the forest. 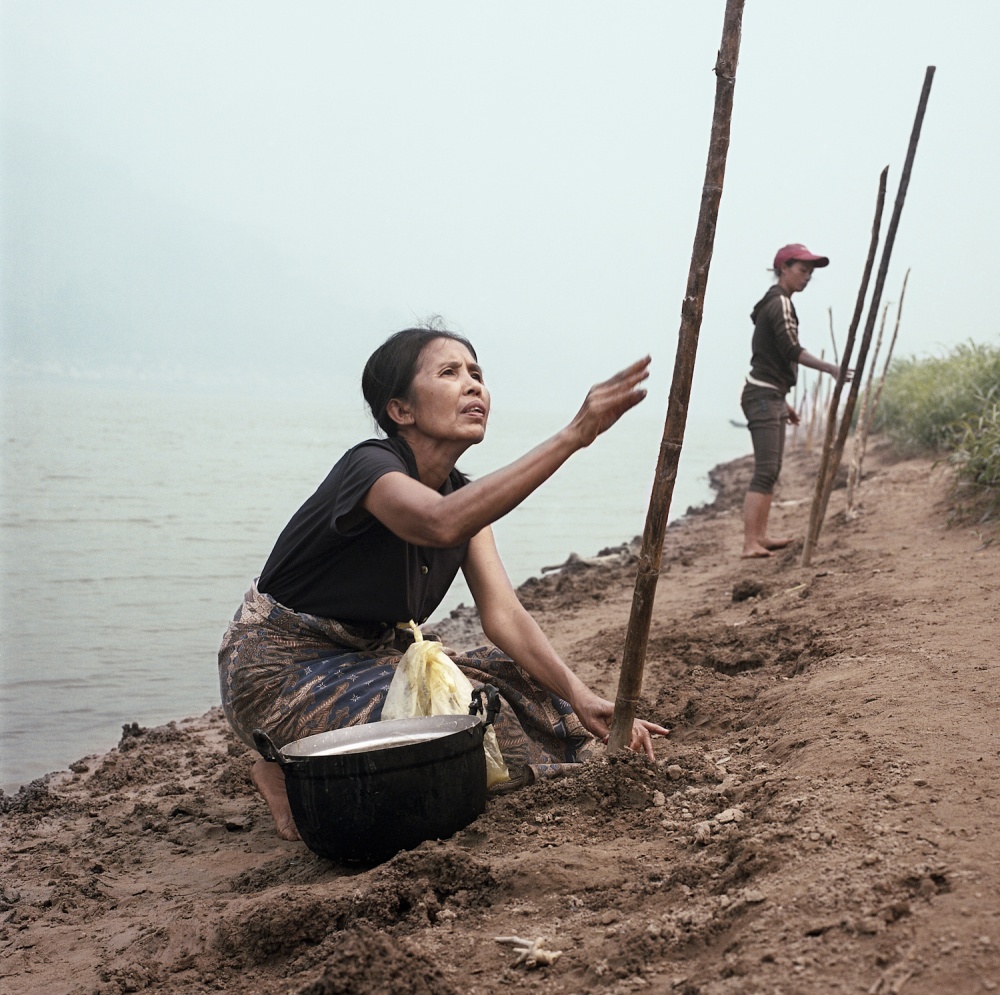 3 of 25 © 2021 Ore Huiying
In the season of cicadas, villagers who live along the river like 54-year-old Meuay trap the insects with homemade glue on sticks with the help of her daughter. 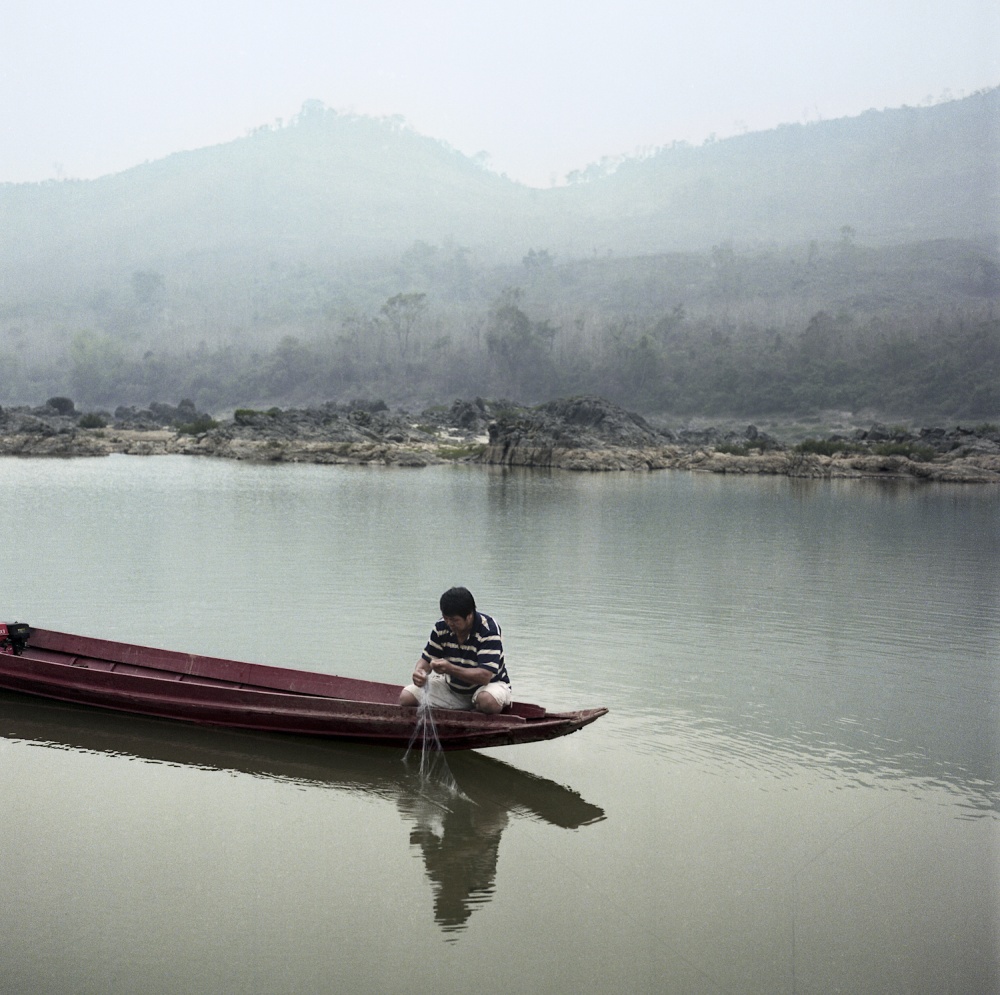 4 of 25 © 2021 Ore Huiying
A farmer by profession, 51 years old Thongchan fishes in the Mekong River for his family’s food supply and also as a supplement to his income. 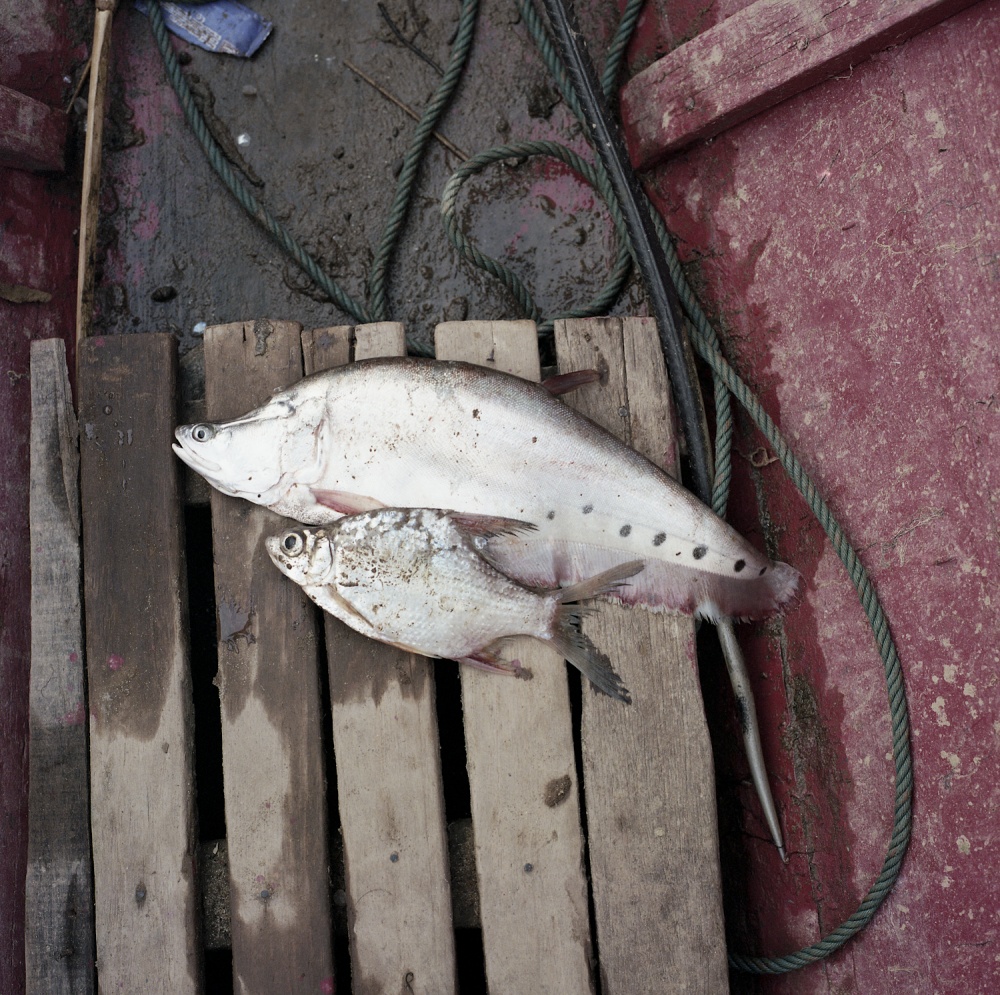 5 of 25 © 2021 Ore Huiying
Thongchan sells any excess from his daily catch in his village as a supplement to his income. 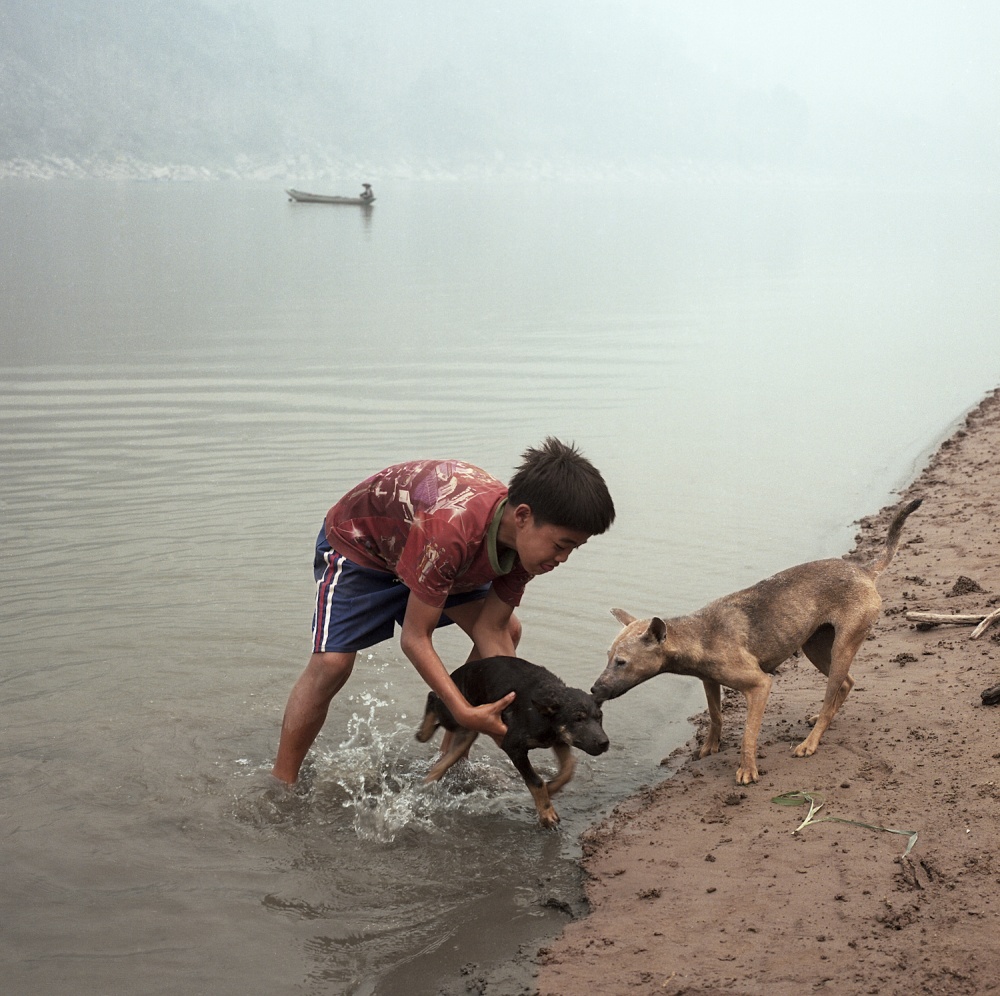 6 of 25 © 2021 Ore Huiying
Some remote villages along the Mekong River in Luang Prabang are located in isolation from the rest of the province. 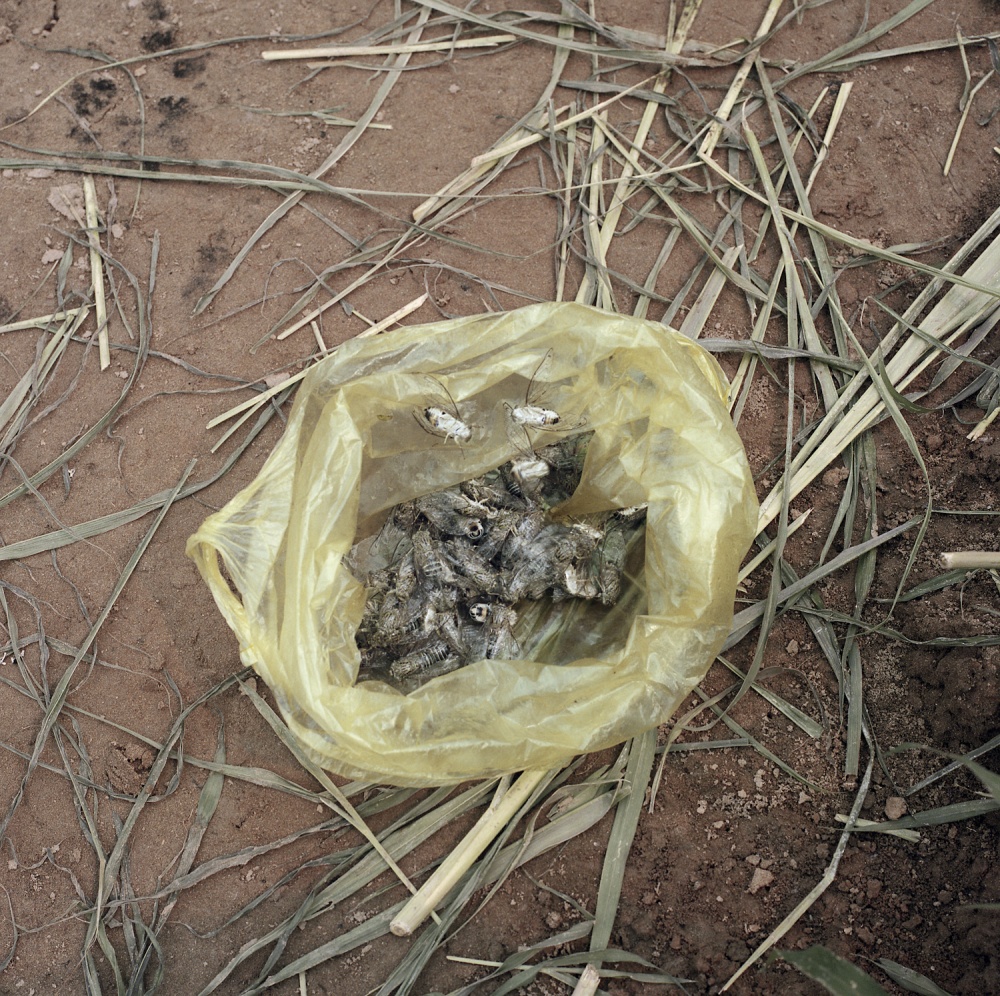 7 of 25 © 2021 Ore Huiying
The cicadas provide an additional source of food and income for the villagers living along the Mekong River. 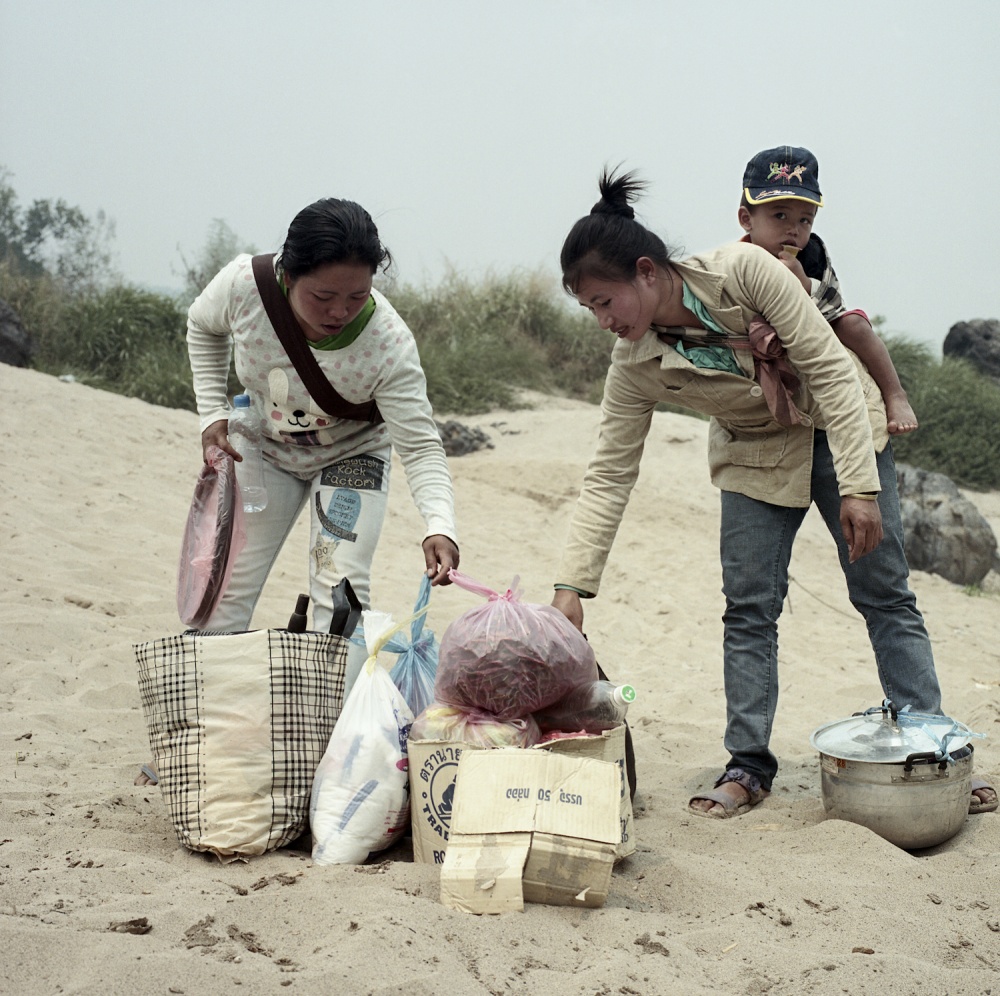 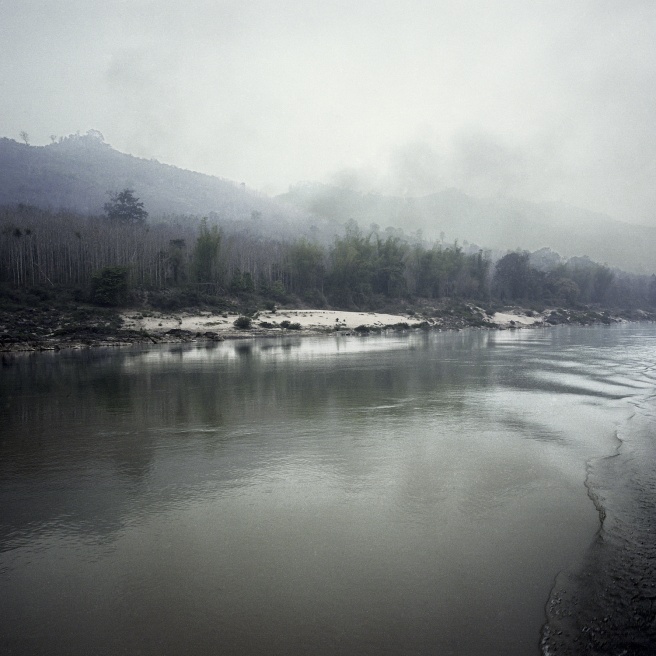 9 of 25 © 2021 Ore Huiying
Smoke arising from the slash-and-burn agriculture commonly practiced by farmers in the hills of northern Laos cause the area to be covered by layer of haze and smog. 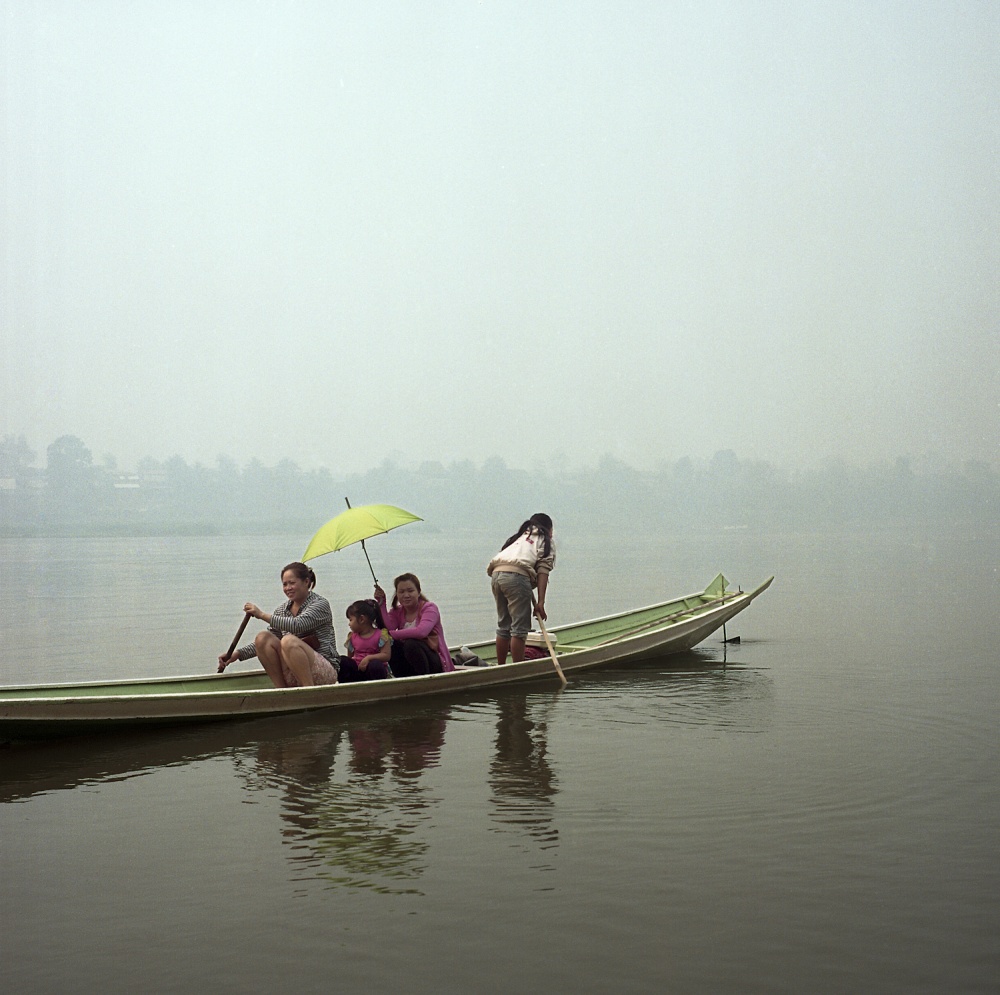 10 of 25 © 2021 Ore Huiying
In the remote areas of Luang Prabang province, villagers depend on boats along the river as their only means of transport. 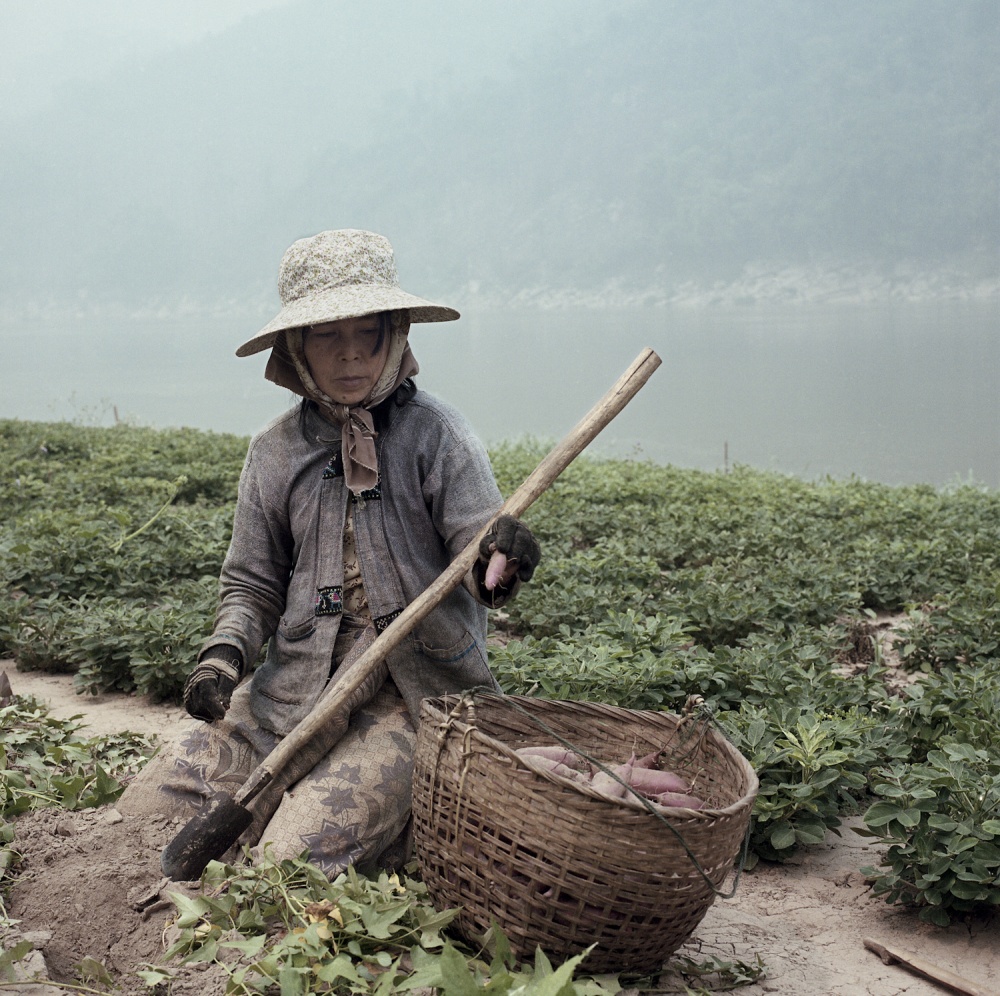 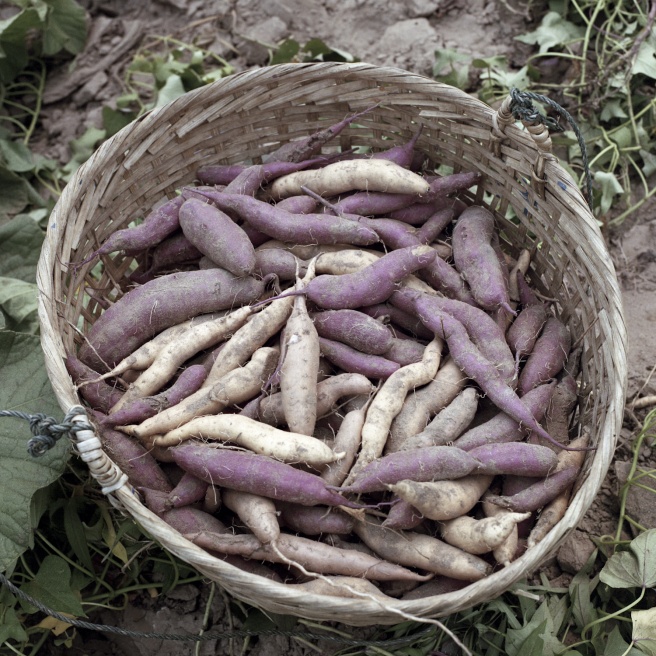 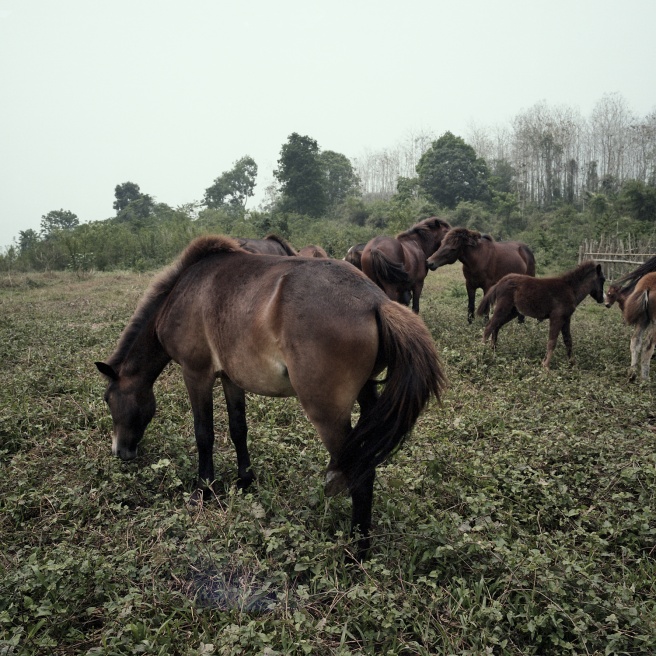 13 of 25 © 2021 Ore Huiying
The Mekong River is an important resource for farmers and their livestocks. 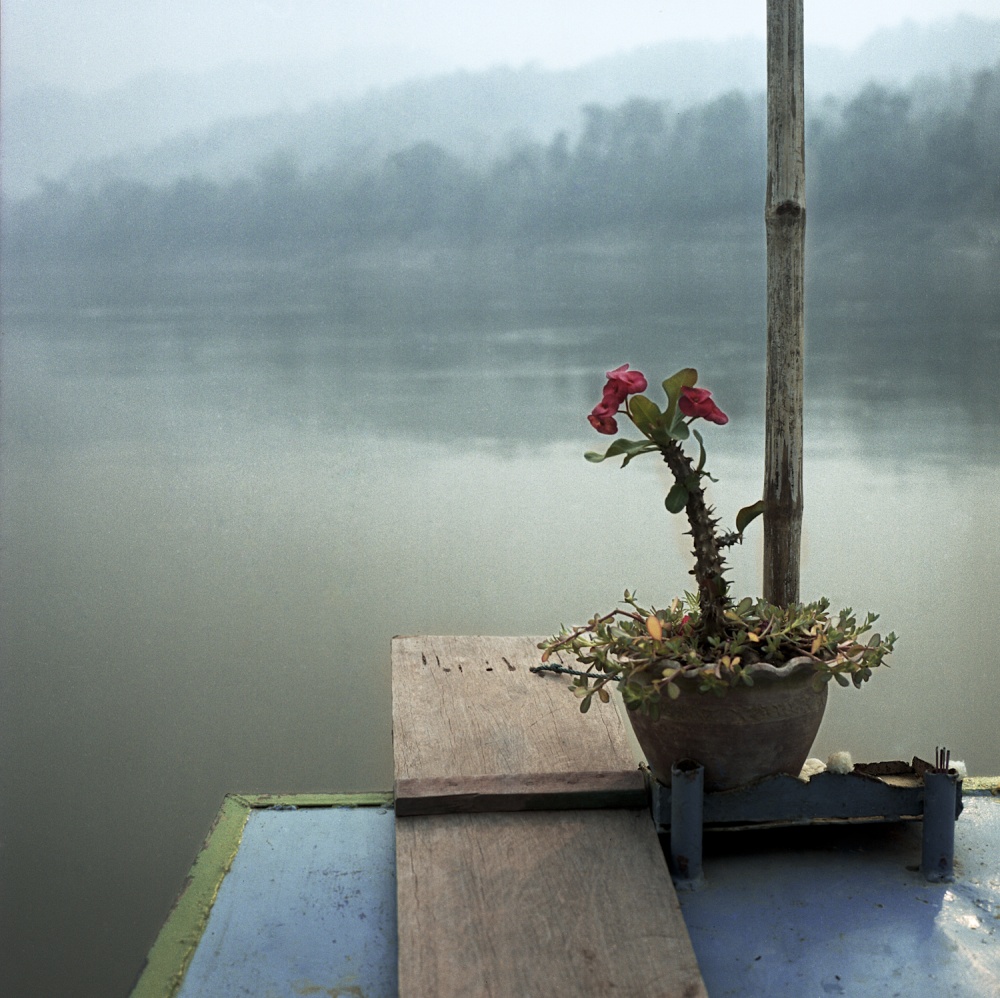 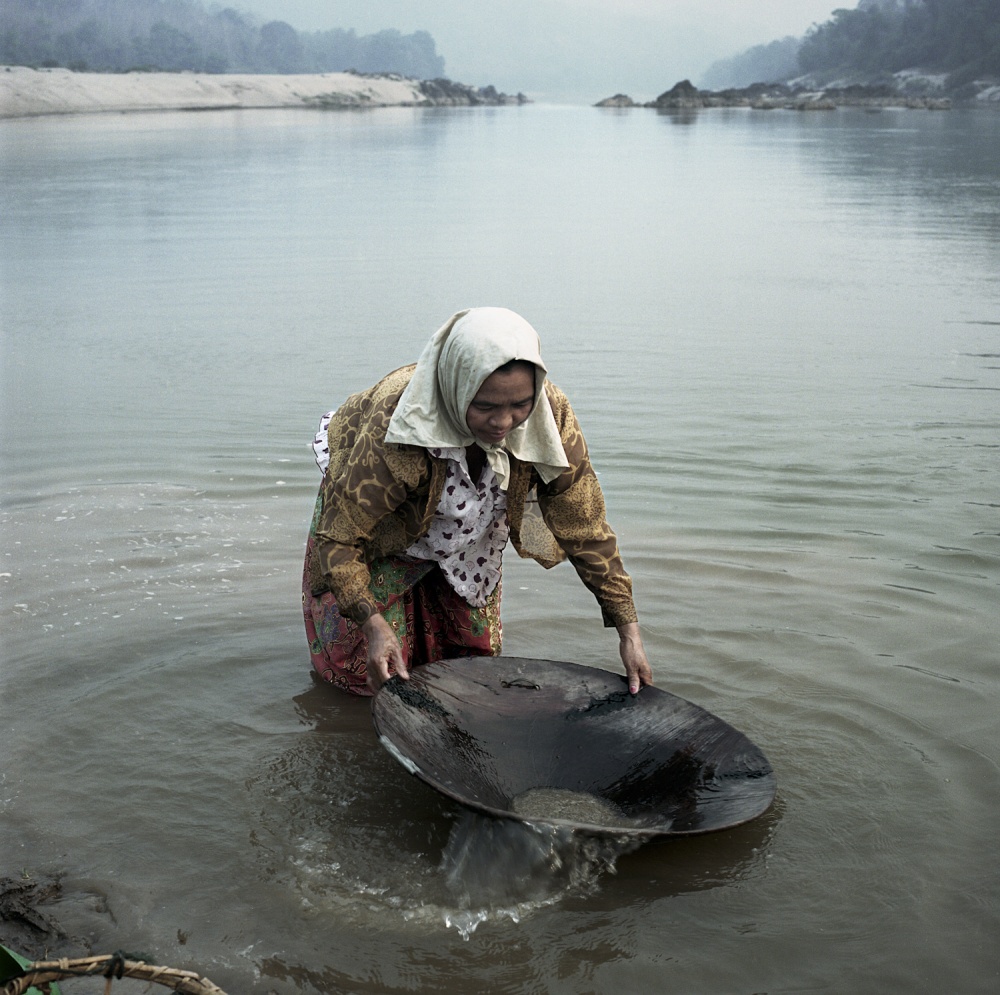 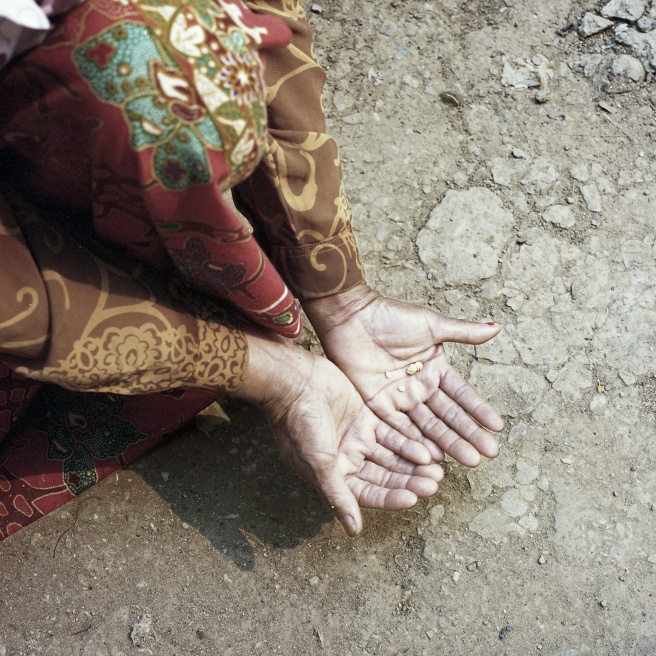 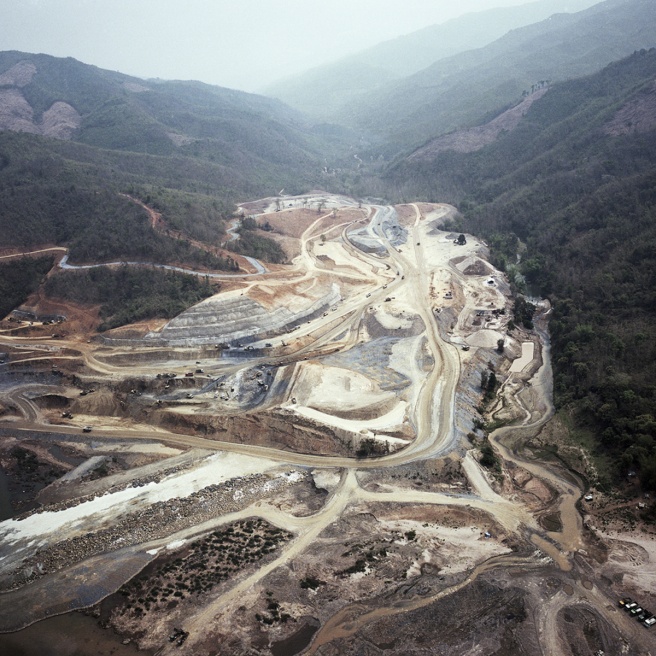 17 of 25 © 2021 Ore Huiying
Natural resource-rich Laos envisions itself to be the battery of Southeast Asia by tapping on its hydropower potential. The Xayabouri dam currently under construction is the first of a series of at least 10 more identified dam projects along the mainstream Mekong in Laos. 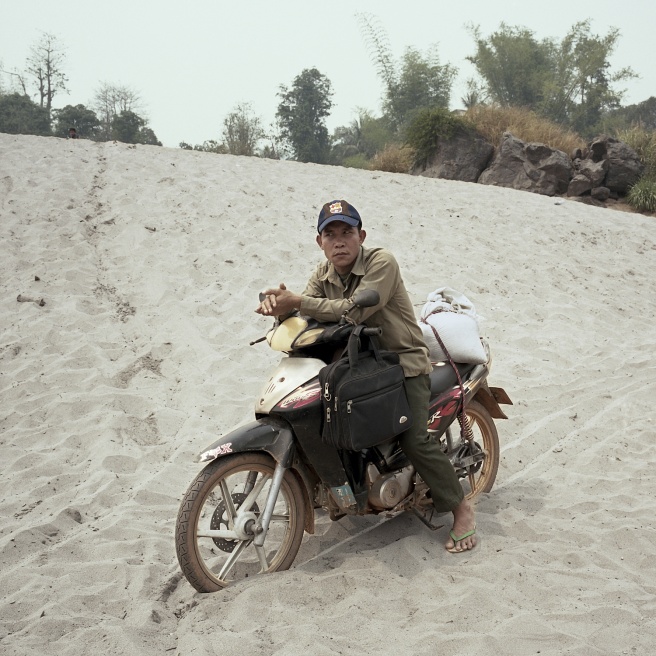 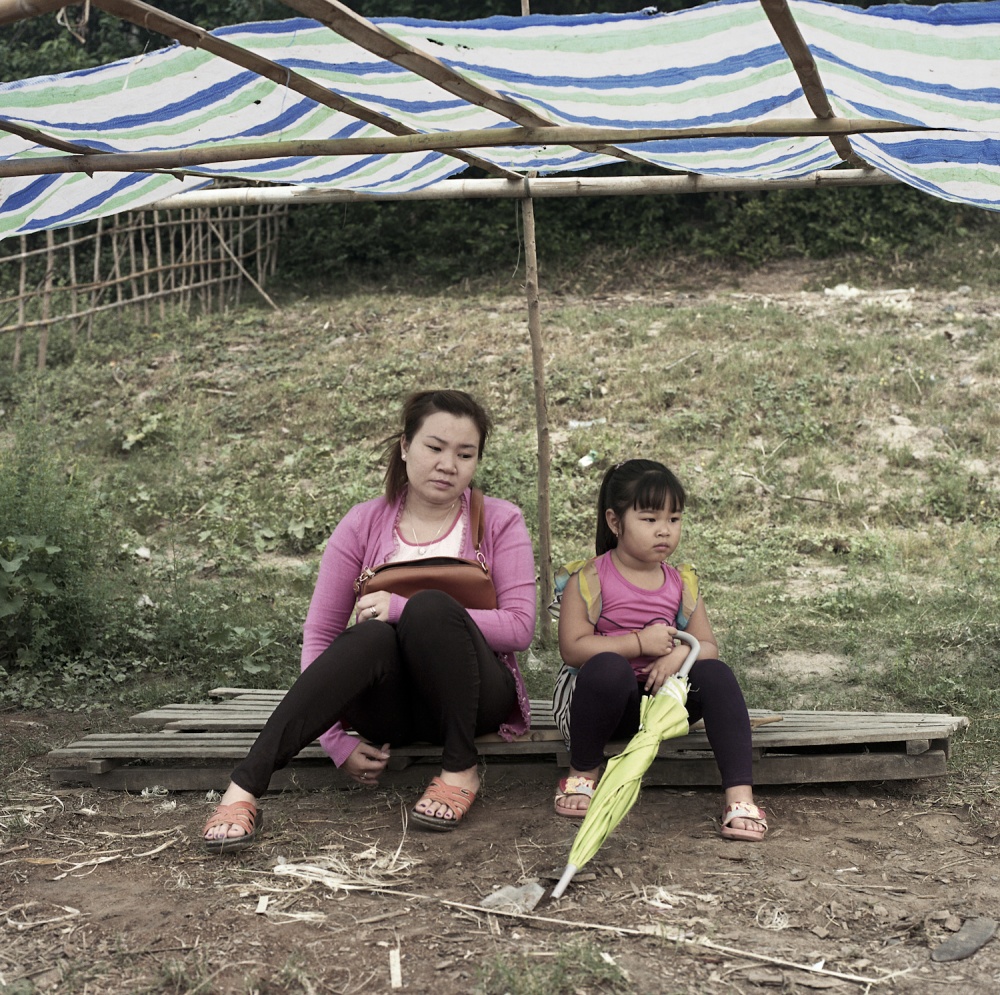 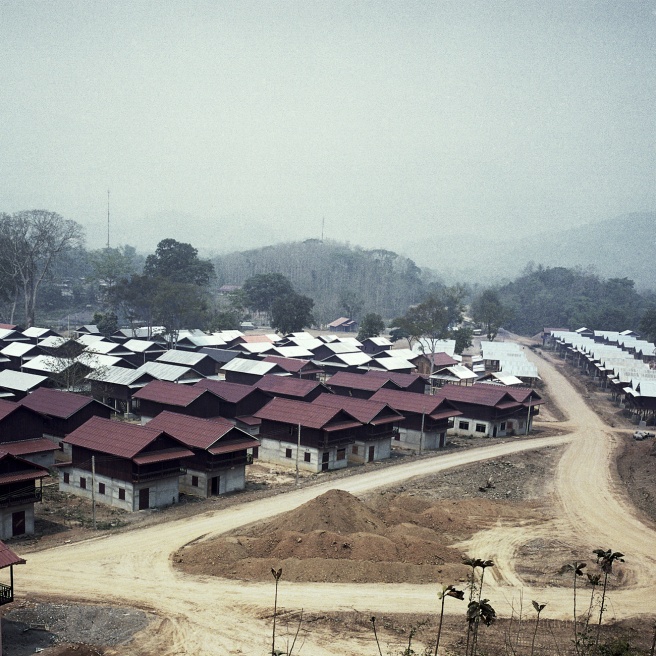 20 of 25 © 2021 Ore Huiying
In Laos, people who are affected by development projects are typically relocated to resettlement villages far away from their homes. Many of them end up losing their farmland and their primary source of income. 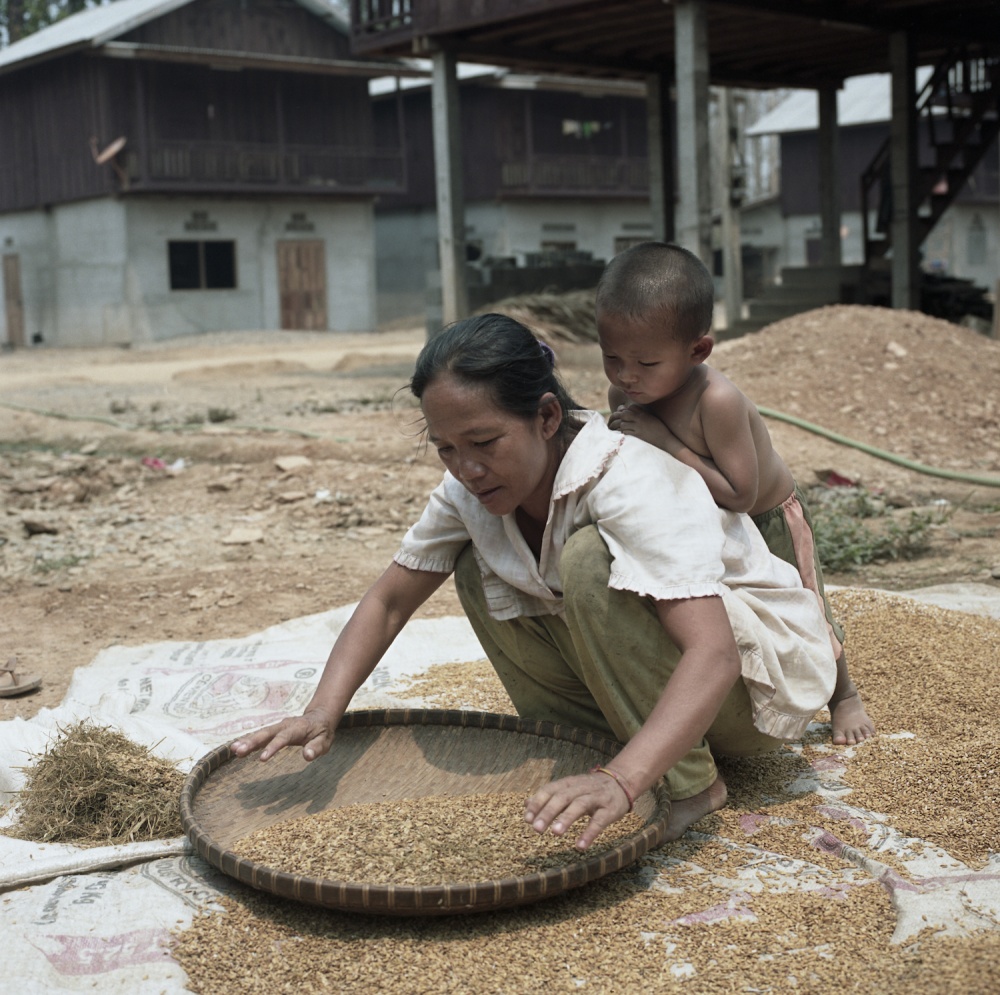 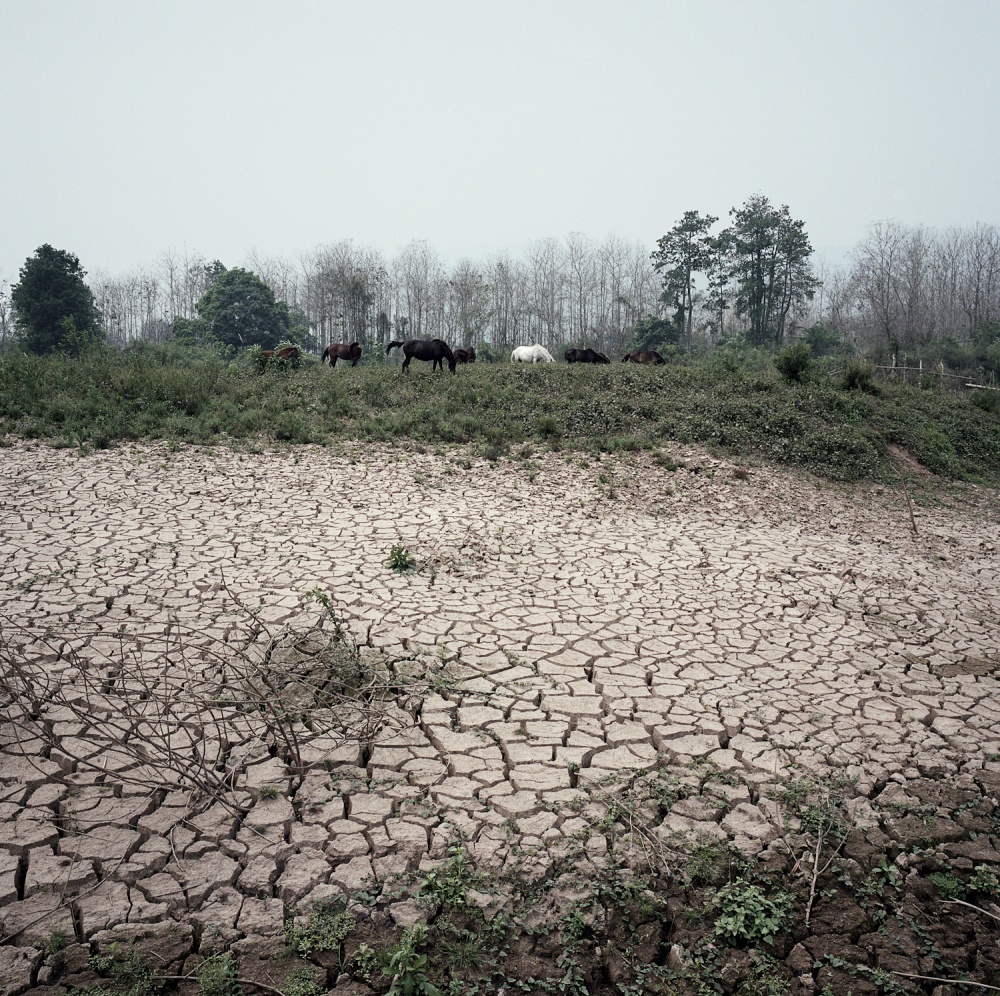 22 of 25 © 2021 Ore Huiying
The water level along the Lower Mekong River is influenced by weather changes and also affected by hydropower dams in upstream China. 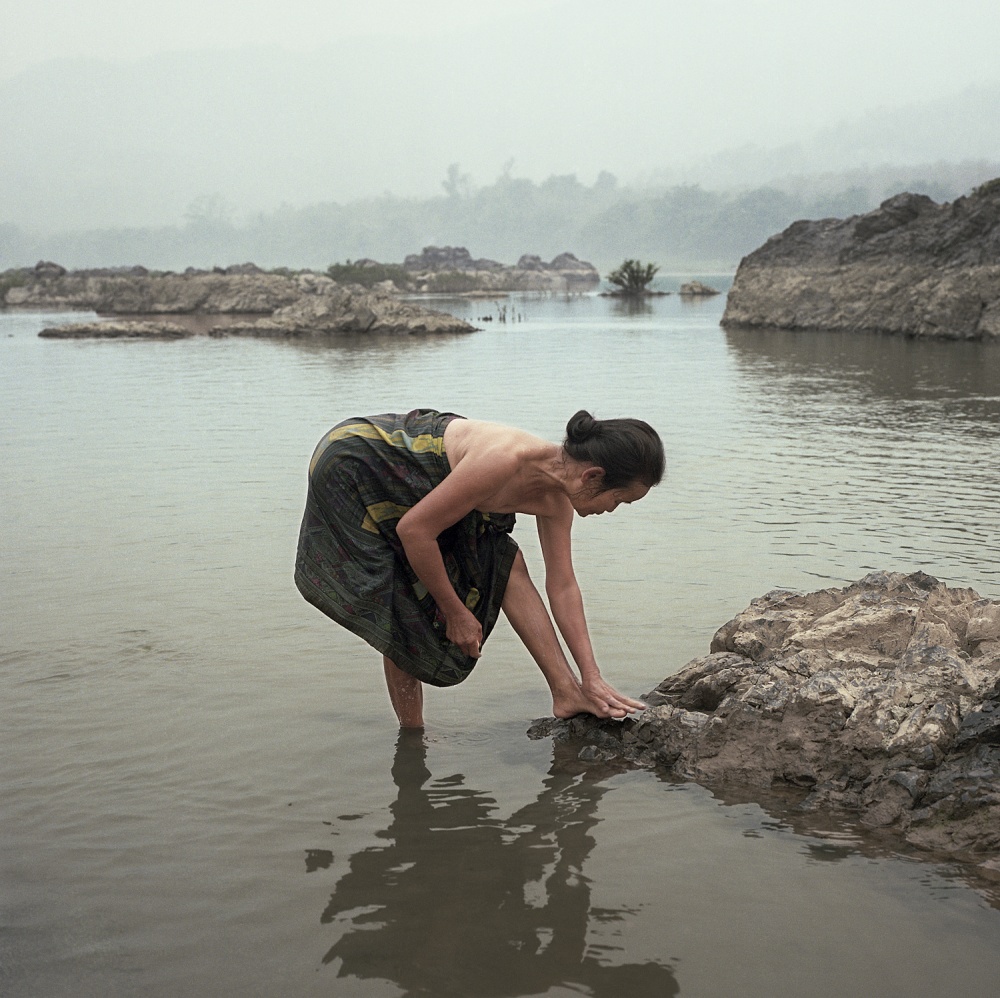 23 of 25 © 2021 Ore Huiying
A villager living along the Mekong River takes her daily evening bath in the river. 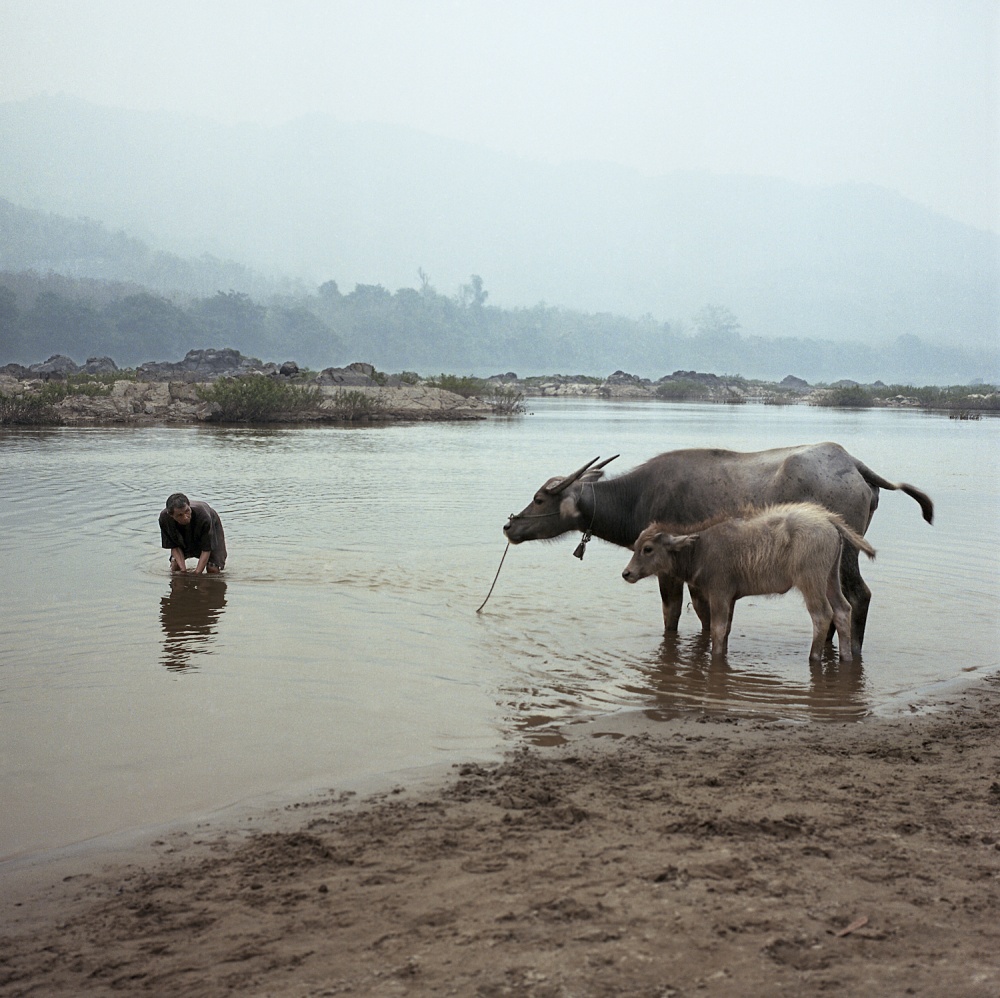 24 of 25 © 2021 Ore Huiying
The Mekong River is an important resource for farmers and their livestocks. 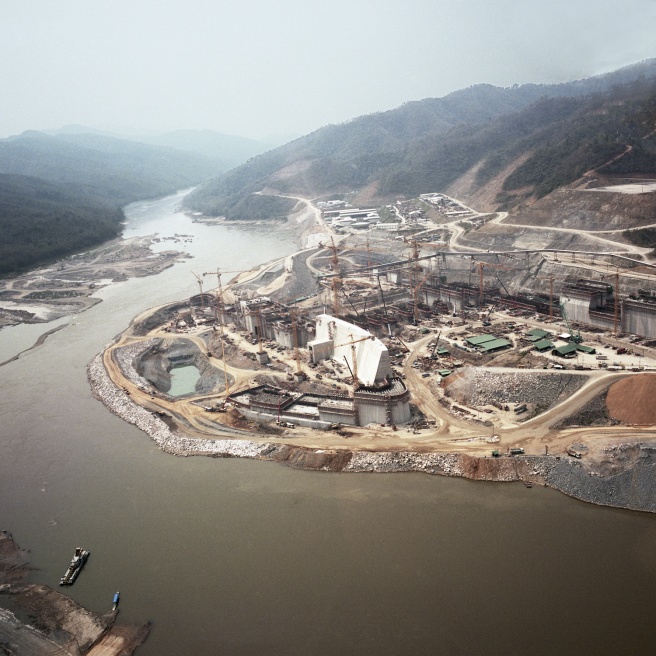 25 of 25 © 2021 Ore Huiying
Natural resource-rich Laos envisions itself to be the battery of Southeast Asia by tapping on its hydropower potential. The Xayabouri dam currently under construction is the first of a series of at least 10 more identified dam projects along the mainstream Mekong in Laos.
Public Story
Xayabouri Dam Laos
Copyright ore huiying 2021
Updated 07/19/14
Archived as dam, development, Documentary, Environmental, Laos, mega project, Mekong river, Personal, Photography, Xayabouri

The Mekong River, flowing through China, Thailand, Burma, Laos, Cambodia and Vietnam, is home to the world's largest inland fishery and hosts a treasure trove of biodiversity. . The river, also known as the Mother of Rivers in Laos, is the country’s economic and spiritual lifeline. Along its riverbanks, riparian villagers farm on its fertile soil, fish from its waters, and mine for gold hidden in its belly. For centuries, these communities have been producing and reproducing with knowledge of weather patterns and of the river’s ecosystem. However, this capacity to subsist independently is now under threat. Landlocked Laos is currently constructing the first hydropower dam planned for the mainstream Lower Mekong River, despite strong oppositions from its neighbours. Environmental experts warn that the Xayaburi Dam would cause significant and irreversible damage to the river's ecosystems and affect the lives of these communities, which include many of the region’s poorest people.

According to the 1995 Mekong Agreement, a treaty on transboundary water cooperation, the governments of Cambodia, Laos, Thailand, and Vietnam must jointly approve the project before it can proceed. Despite that and concerns raised over the Xayabouri’s dam's considerable transboundary impacts and the significant opposition expressed to the project by the region's people, Laos began construction activities in late 2010. Its expected date of completion is 2019. Spearheaded by Thai developer, Ch. Karnchang Public Company and financed by 4 major Thai banks, the US$ 3.8 billion Xayabouri dam project is expected to generate 1,260 megawatts of electricity, around 95% of which will be exported to Thailand.

For this story, I travelled by boat along the area designated as reservoir for the dam. During the journey, I encountered villagers who will be affected by the dam project. In portraying the various ways they create their livelihoods, I seek to highlight their subsistence relationship with the Mekong River, one that will soon disappear.

By Ore Huiying — “The Eternal Fatigue of an Incomplete Dream” is a work in progress series that aims to explore..
Jul 19, 2014

By Ore Huiying —     I have always been fascinated about railways and stories around it. When I learned about..
Dec 6, 2012

By Ore Huiying —     These images are part of the result of my ongoing fascination with the model of development..
May 19, 2012