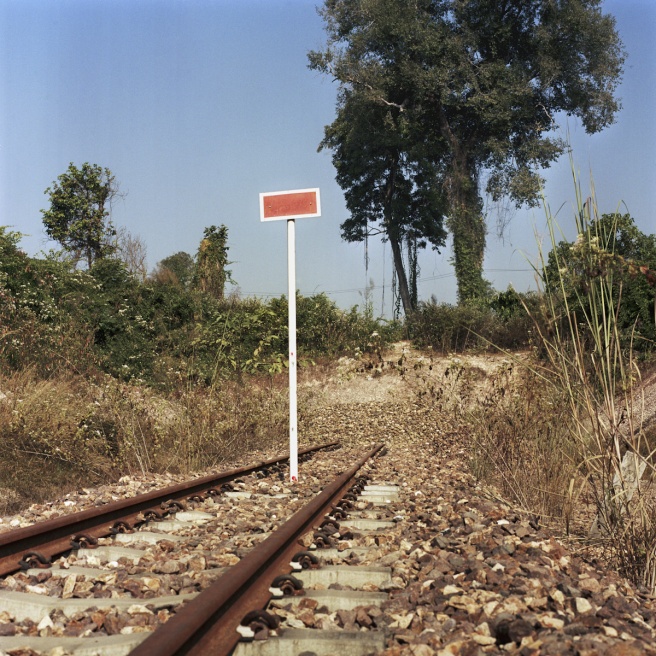 1 of 20 © 2021 Ore Huiying
The existing 3.5km rail track at the Laos border crosses the Mekong River into Thailand. 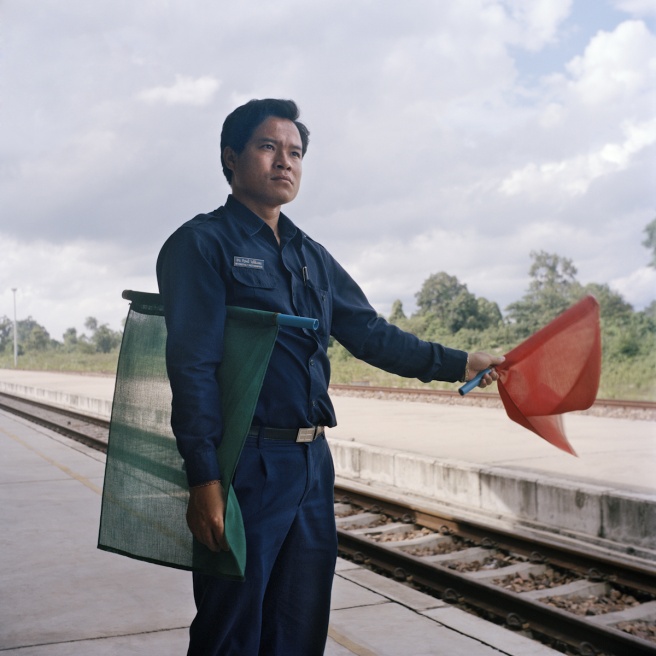 2 of 20 © 2021 Ore Huiying
Kongthaly works at Thanaleng station, the first and only railway station in Laos. 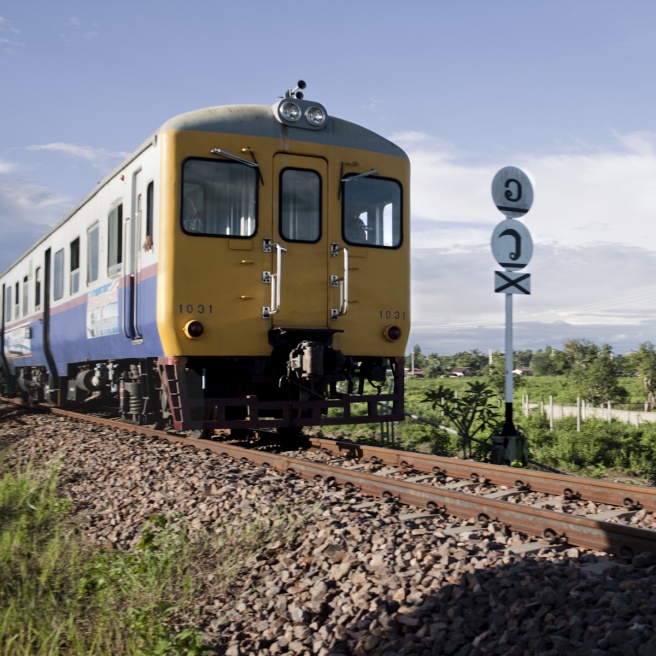 3 of 20 © 2021 Ore Huiying
The Nong Khai-Thanaleng train makes 4 trips daily between Laos and Thailand. Consisting of 2 coaches, the train carries mostly a handful of tourists. 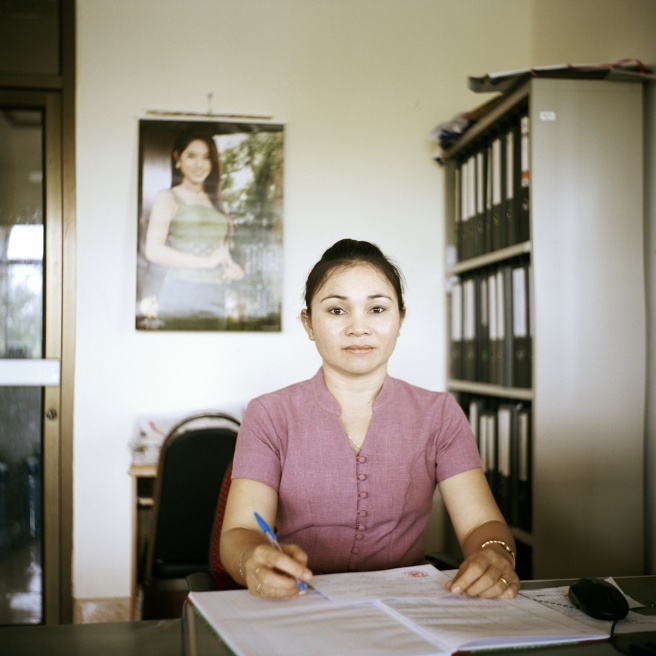 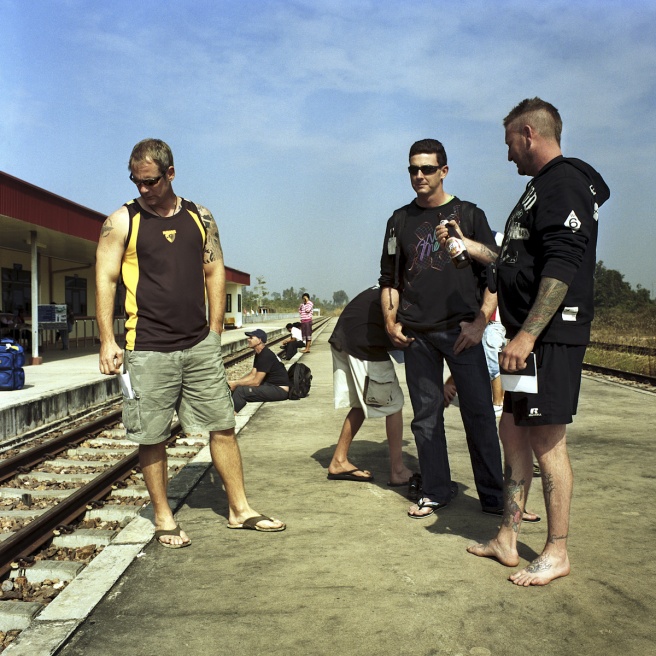 5 of 20 © 2021 Ore Huiying
At the Thanaleng station, a group of Australian tourists awaits the train to Nongkai, where they will catch the connecting train to Bangkok. 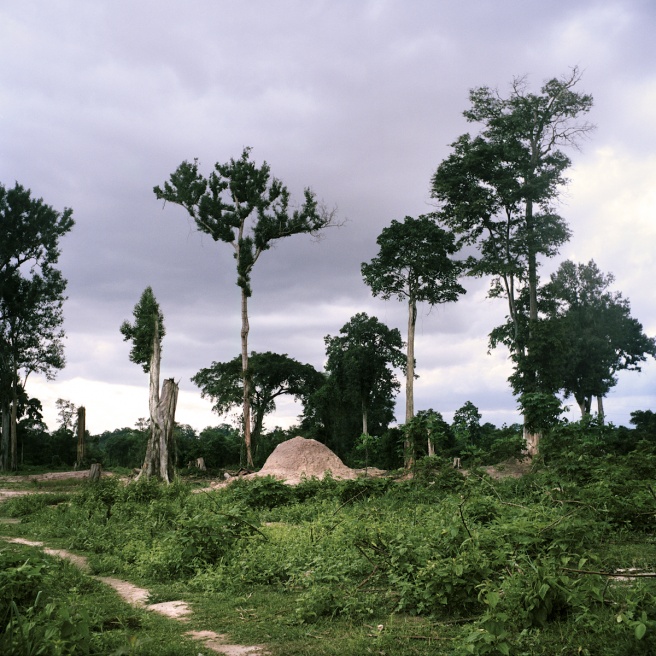 6 of 20 © 2021 Ore Huiying
The impending 7.75km extension of the existing rail track will alter the natural and social landscape of Dongphosy village, which lies on the way. 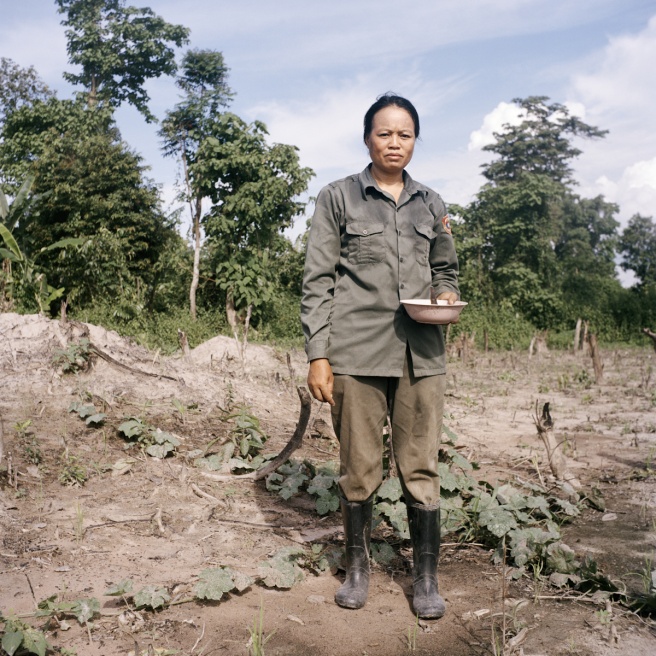 7 of 20 © 2021 Ore Huiying
Mank works in her farmland in Dongphosy village. When construction for the track extension commences, she and her family will be displaced. 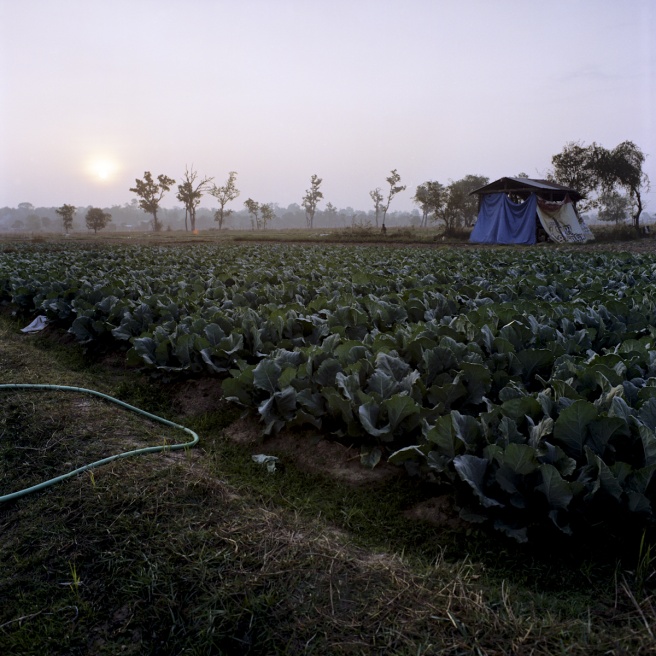 8 of 20 © 2021 Ore Huiying
The Sihavong family has been farming for generations. They also face displacement as their farm lies on the site of a new railway station. 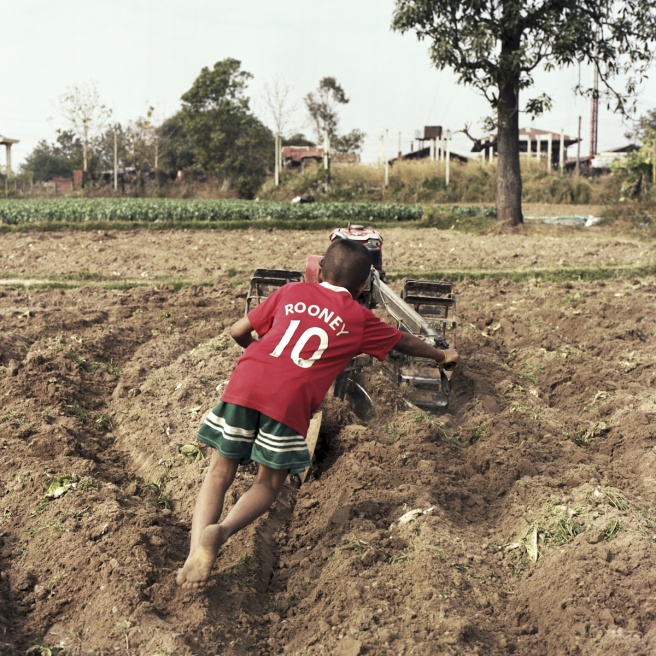 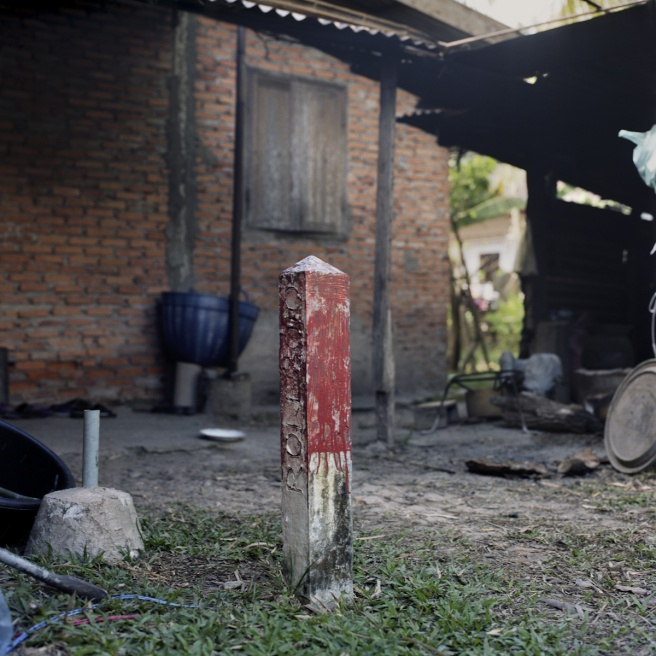 10 of 20 © 2021 Ore Huiying
Red concrete posts mark the route of the proposed extension track. Any land and buildings in their vicinity will be cleared. 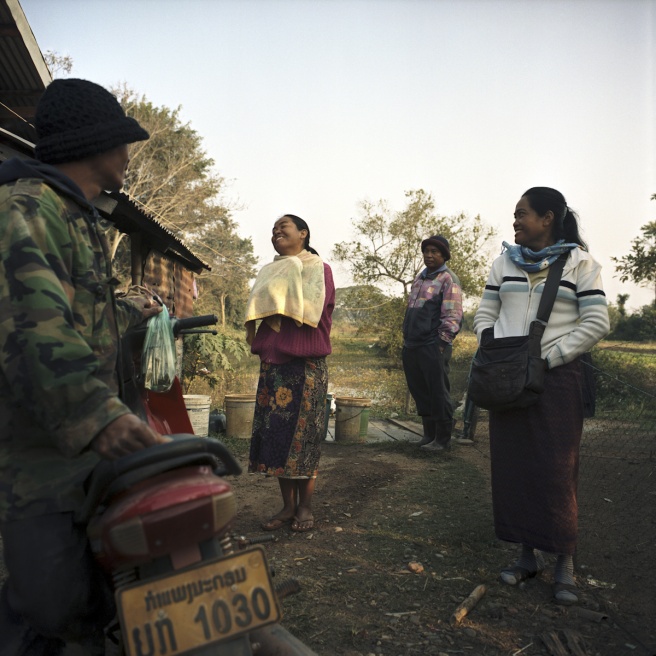 11 of 20 © 2021 Ore Huiying
The Sihavong brothers and sisters will lose their farmland and houses that are passed down from their ancestors. 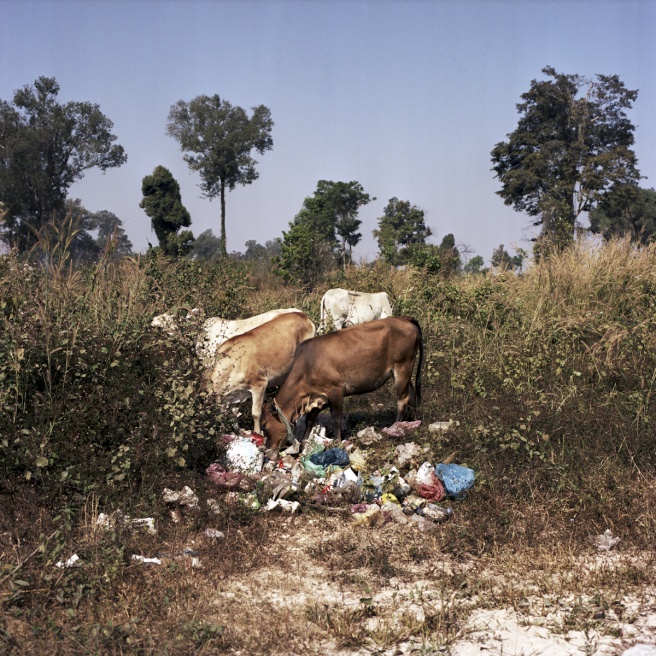 12 of 20 © 2021 Ore Huiying
The railway development in Laos affects not only its people but also its ecomonic and natural landscape. 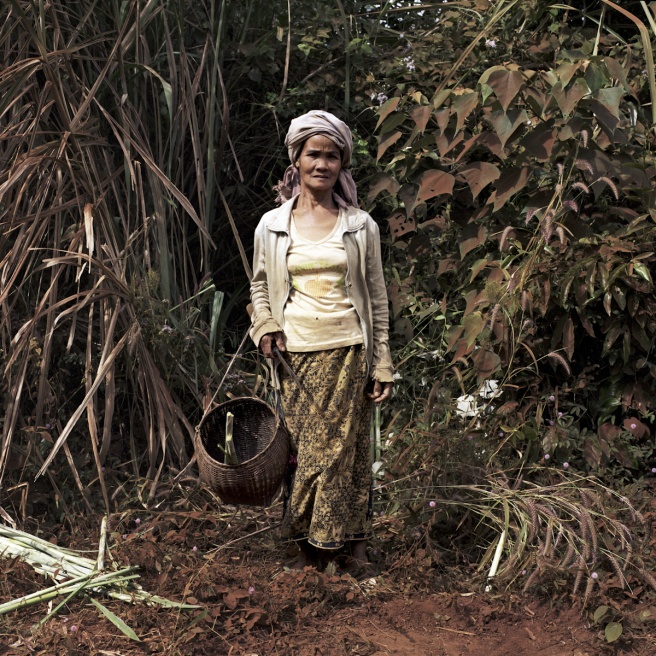 13 of 20 © 2021 Ore Huiying
Development projects like the railway often pose threats to ethnic tribes in Laos, who depend on natural resources for their survival. 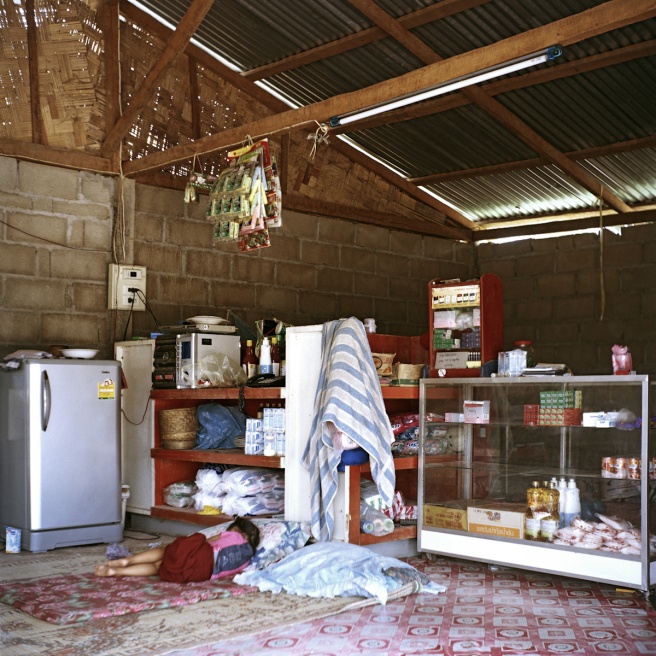 14 of 20 © 2021 Ore Huiying
In Dongphosy village, the Vongvily family started a shop in their house. 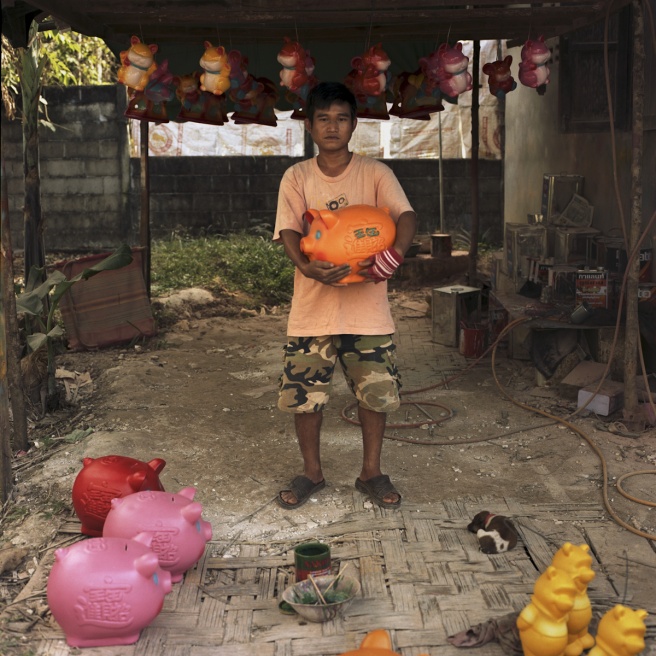 15 of 20 © 2021 Ore Huiying
Baunum works in a small local piggy bank factory in the village, which will disappear when the extension begins. 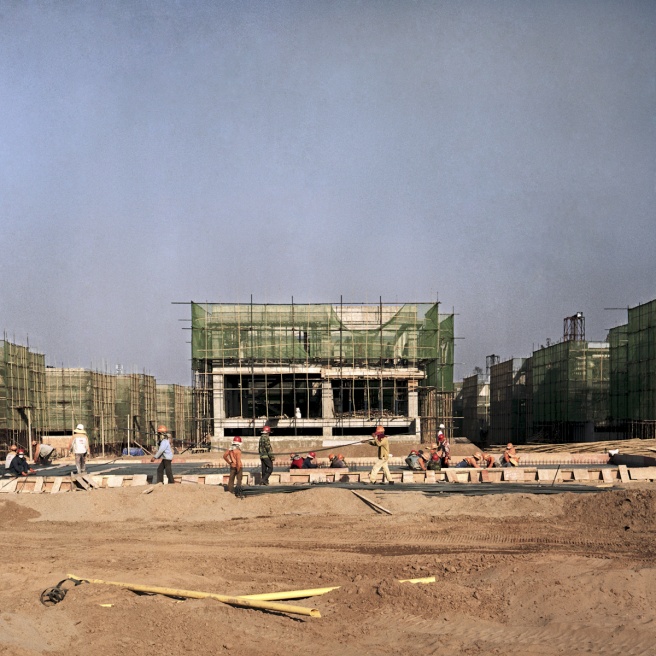 16 of 20 © 2021 Ore Huiying
Laos hopes that the railway project will facilitate and attract foreign investments, such as this housing development by Chinese investors in downtown Vientiane. 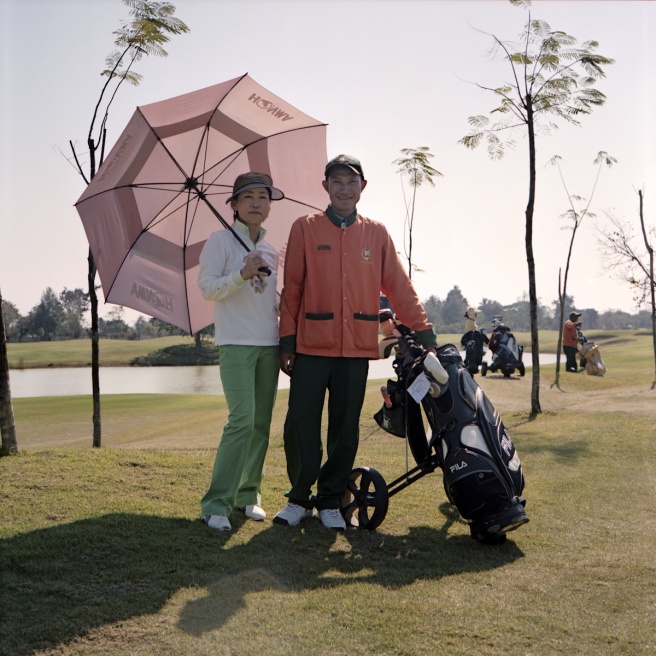 17 of 20 © 2021 Ore Huiying
Another foreign investment in Laos is the Laos Country Club, the first golf club in Vientiane built by Korean investors. 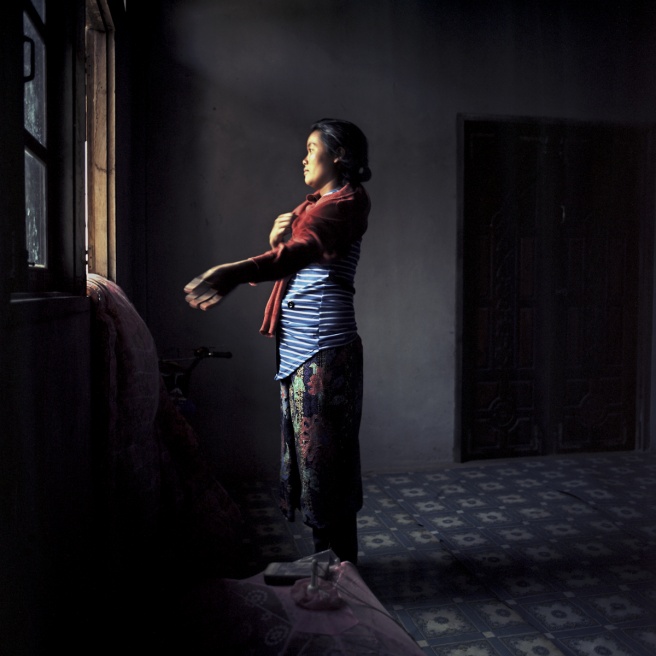 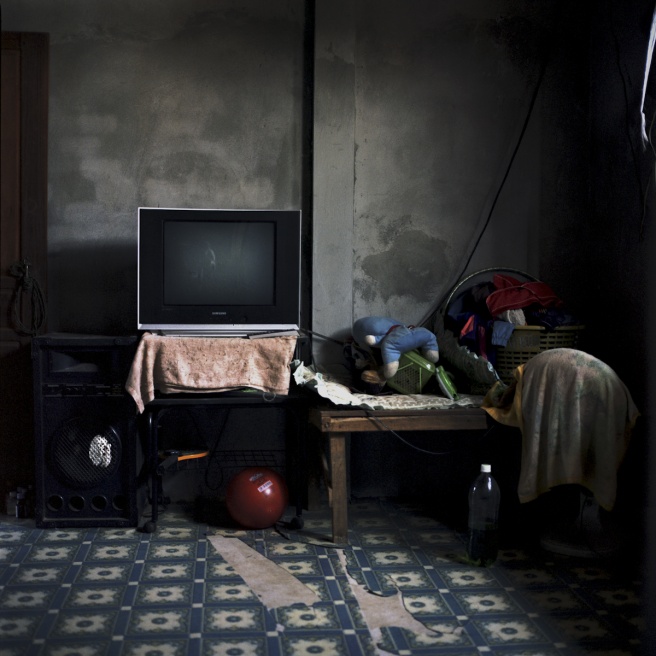 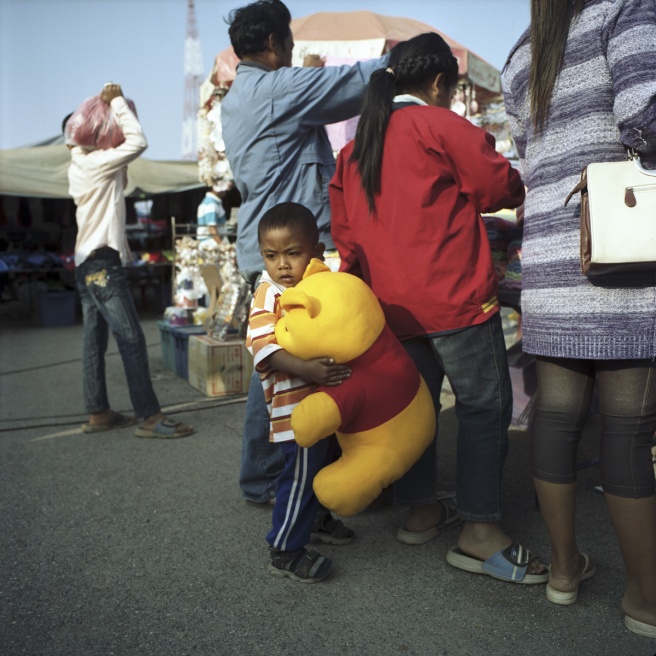 I have always been fascinated about railways and stories around it. When I learned about the Trans Asian Railway Network, a blueprint by the United Nations Economic and Social Commission for Asia and the Pacific (UNESCAP) to create a network of rail tracks across Asia and Europe, I was immediately intrigued. This curiosity led me to Laos, a landlocked country in South East Asia that is one of the missing links in this blueprint. The communist nation, typically described as poor and underdeveloped, has an ambitious plan to build a highspeed train that would connect it to China and Thailand. Currently, there is only 3.5km of railtrack in Laos. For a country with little history of rail, the proposed highspeed train could potentially generate economic benefits and propel its development. At the same time, it could cause groups of people to experience new poverty.

What started out as a simple inquiry about Laos highspeed railway project, very quickly turned into a fascinating experience as I journeyed into the world of economists, sociologists, politicians and locals. The interwoven complexities of this mega project revealed themselves to me through their perspectives. Instead of finding answers, I walked away with a myriad of questions. Could Laos’ dream be a nightmare in disguise? This series of images, part of a work in progress project ‘Unlocking Laos’, is not an attempt to predict the future, neither is it an attempt to provide a detailed analysis of the present. It is instead, an attempt to paint a portrait of a particular country at a particular time, and to provide an understanding of the major forces of change that are acting upon it. I hope my project will urge my audience to ask some questions, relating to the welfare of the people who inhabit this country, and the integrity of the natural world in which they exist and upon which they depend.

By Ore Huiying — The Mekong River, flowing through China, Thailand, Burma, Laos, Cambodia and Vietnam, is home to the..
Jul 19, 2014

By Ore Huiying — “The Eternal Fatigue of an Incomplete Dream” is a work in progress series that aims to explore..
Jul 19, 2014

By Ore Huiying —     These images are part of the result of my ongoing fascination with the model of development..
May 19, 2012