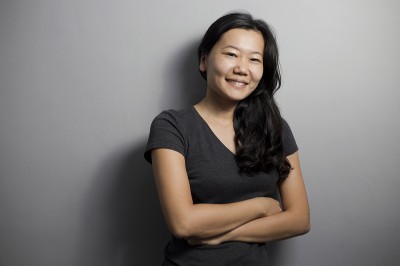 Ore Huiying is a documentary photographer from Singapore. Her practice revolves around storytelling. Working mostly on personal projects and editorial assignments, Ore’s works have been published in Le Monde newspaper (France),... read on
www.orehuiying.com
About

Since 2008, Ore’s photographic works have been exhibited in photo festivals, museums and galleries regionally and internationally (Singapore Arts House, Dali International Photo Festival, Gallery Lichtblick Cologne, HOST Gallery London etc). She received one of the best portfolio prizes in 2008 during the inaugural Singapore International Photo Festival. The same year, the Singapore National Arts Council awarded her a Professional Development Grant in support of her work.

Ore was named one of the 10 Platform Emerging Photographers in Singapore 2010 and was selected to participate in the 1st Asian Women Photographers’ Showcase in Angkor Photo Festival. She was nominated for the Sagamihara Photo City’s Asia Prize (Japan) by Yumi Goto and received a Select Award in the Kuala Lumpur International Photo Award. Most recently in 2013, Ore was nominated for ICON de Martell Cordon Bleu, a photography award in Singapore that honour photographers’ original vision and dedication to their craft.

In 2010, she moved to United Kingdom and completed her Masters of Arts in Photojournalism & Documentary Photography at the London College of Communication. After 3 years of working and living in London, she returned to Singapore in 2013, as her photography is focused on investigating the progression of Southeast Asian societies in the global context.