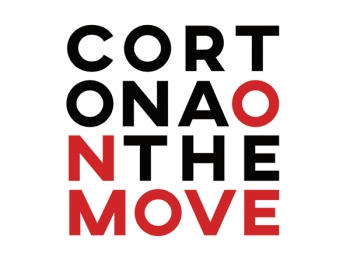 Cortona On The Move

CORTONA ON THE MOVE was founded in 2011 by ONTHEMOVE Cultural Association. Right from the start some of the worldâ€™s top photographers brought their work to Cortona and the festival attracted the immediate attention of industry... read on
Location: Cortona, Italy
Mission

Life is movement, and photography must portray this endless transformation. Just like with any language and its grammar, photography should continually evolve with the times in order to remain a universally accessible lingua franca, tasked to inform, document, create, provoke, inspire and amaze us.

Always mindful of cultural traditions, Cortona On The move was conceived for the purpose of pushing experimental concepts into the future and promoting the language of contemporary photography while, at the same time, encouraging flexibility in the enterpretation of its codes and its content.

It was this contemplation of eternal movement that inspired  our "On The Move" idea.

The basic principle of seeking, looking, asking and listening, eyes constantly open to this ever unpredictable world, while savouring the joys, the amazement and the pains of this intense observation. Cortona On The Move seeks to be a dynamic showcase for contemporary photography, for visual storytellers, for lovers of knowledge and for anyone looking for excitement. A public arena for the voices and viewpoints which open our minds, telling us stories that transform us and stimulate our reflection.

ABOUT CORTONA ON THE MOVE

CORTONA ON THE MOVE was founded in 2011 by ONTHEMOVE Cultural Association. Right from the start some of the worldâ€™s top photographers brought their work to Cortona and the festival attracted the immediate attention of industry professionals, thanks to its strong international flavour.

In 2012 Arianna Rinaldo became the artistic director of the festival.

In 2013, Time Magazine included the Festival in its guide to the top ten festivals 'not to be missed'. The following year Donald Winslow, photojournalist and editor of News Photographer Magazine, described the festival as "the best festival in Europe if not the world".

Year after year the festival content and quality continues to grow in keeping with the increasing flow of visitors.

Each edition the exhibitions are located in some of the towns prestige historic buildings, many of which were in a state of abandonment and decay before being reopened to the public for special use as exhibition spaces.

During the opening of the festival the organization offer a lot of events, as portfolio reviews, talks, projections, that involve the most important actors of the photography world.