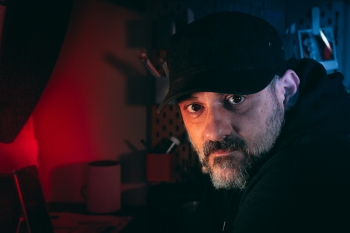 Photographer / Based in Brussels, Belgium

Spanish Freelance Photojournalist. Based in Brussels, Belgium. Previously based in France 2017-2021, Nepal 2014-2015 and Cambodia 2008 - 2014 ; 2015-2017.
Omar has worked as a professional photojournalist since 2005, and since 2009, Omar's full-time job has been photography and photojournalism, covering stories in Spain, Thailand, Vietnam, Laos, Myanmar, Taiwan, Tunisia, Egypt, The Netherlands, Nepal, Greece, France, Taiwan, Japan and Cambodia, the latter being the country where most of his stories have been shot since he moved to the country in 2008.

Since 2012, Omar has been represented by several international agencies, including the French agency Wostok Press, the Spanish agency Cordon Press/Corbis Spain, SIPA Press in France and EPA in Thailand and finally represented by Getty Images since 2013. Omar is an active member of the collective Hans Lucas in France since March 2020.

His photos during the earthquake that hit Nepal in April 2015 have been published in thousands of publications around the world, including front pages in The New York Times and stories in TIME Magazine, National Geographic and Paris Match, among many others, and my work has been exhibited in the 2015 Visa Pour L’Image Festival and PhotoReporter Festival.

Omar's photographs have been published in international media, including National Geographic, Paris Match, Al Jazeera, The New York Times, BBC, Financial Times, ABC News Australia, Los Angeles Times, The Guardian, The Wall Street Journal, The Washington Post, CNN and The Atlantic, amongst many other international media outlets.
Since the beginning of his career, Omar has also focused on working with humanitarian organisations across the world, including UNICEF ROSA, ActionAid Greece, Secours Populaire Français, Aide Et Action France, VSO International, Gapminder Foundation, International Medical Corps Four Paws International, the International Labor Organizations, Heifer International and Greenpeace France; local organizations working in the area of education in Cambodia; WaterAid Nepal and the water crisis; and The International Planned Parenthood Federation, on sexual and reproductive health in the garment industry in Cambodia. He has also collaborated on personal projects with many other organizations, such as Médecins Sans Frontières, IOM, UNHCR, Handicap International, The Kantha Bopha Foundation, The Cambodian Mine Action Centre (CMAC) and the Cambodian Centre for Human Rights. He has also contributed in humanitarian books, such as “Nepal, a vision for resilience” published by The World Health Organisation, and many of his photographs have been used by organizations such as Amnesty International for documenting their reports.

Omar published his first photography book in 2016, “Endurance” a tribute to the people of Nepal after the earthquake that hit the country, published by FotoEvidence.