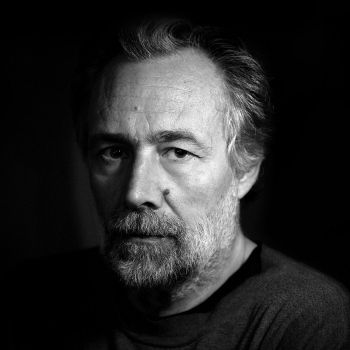 Nikos Pilos is an award-winning photojournalist currently based in Athens, Greece, and one of Europe’s noted feature photographers. He has traveled extensively to document war, natural disasters, poverty, socioeconomic struggle and cultural shifts. His work appears regularly in top international newspapers and magazines and has been exhibited throughout Europe.

Since his first assignment in Lebanon in 1988, he has covered major historical events such as the overthrow of Nicolae Ceausescu in Romania, the Israeli-Palestinian conflict, the wars in former Yugoslavia, the war in Iraq where he spent 100 days without being embedded and the latest Lebanese conflict. Most recently, he documented the humanitarian crisis on the Libya-Tunisia border in 2011, when hundreds of thousands of refugees fled Libya during the civil war. For the past three years, he has been mainly covering the Greek and the Cypriot recession, the Istanbul uprisings, the rise of nationalism in Europe and the current refugee crisis.

His photos have been featured, among others, in The New York Times, TIME, Newsweek, Stern, Der Spiegel, Die Zeit, The Financial Times, The International Herald Tribune, The Sunday Times, The Independent, The Guardian, XL Semanal, Gente, Bloomberg, Internazionale, L'Esspreso etc.

He is currently represented by Laif agency in Germany.

POY. 2020 Award of Excellence in category, Documentary News Reporting, with the short doc The Refuge. https://poy.org/77/18/aoe04.html

POYi ,2016 Category: Exosus, second place with the story The Road Of Tears.

VISUAL LEADER 2016, bronze metal in the category reportage, with the story “Exodus”

Fotovisura Grand 2014, Finalist for the story “Seven Years of Recession”.

POYi 2014, Finalist in the World Understanding category for the story “Greece, Seven Years of Recession”.

PX3-Prix De la Photographie 2013, Gold medal in the Portraits category for a photograph of a member of the Golden Dawn.

A concert for the refugees, Concert Hall Organization of Thessaloniki, Greece, June 2016. A video installation with title "Boarders Kill" was screened accompanied by Mahler's Adagietto played by the city of Thesaloniki symphony orchestra. The earnings was given to the refugee camp of Diavata.

Lives in the Streets, Onassis Foundation, (Curator of eight Schedia vendors, all of whom are or have been homeless, were each given a camera. Their mission: to capture Athens life from their own unique perspective; to record what catches their eye and captures their imagination; to show us the city through their eyes without restraints or limitations.). April 2015, Athens, Greece.

“Cyprus, Casualties of an Economic War”, The Browse Fotofestival, Berlin, 2013.