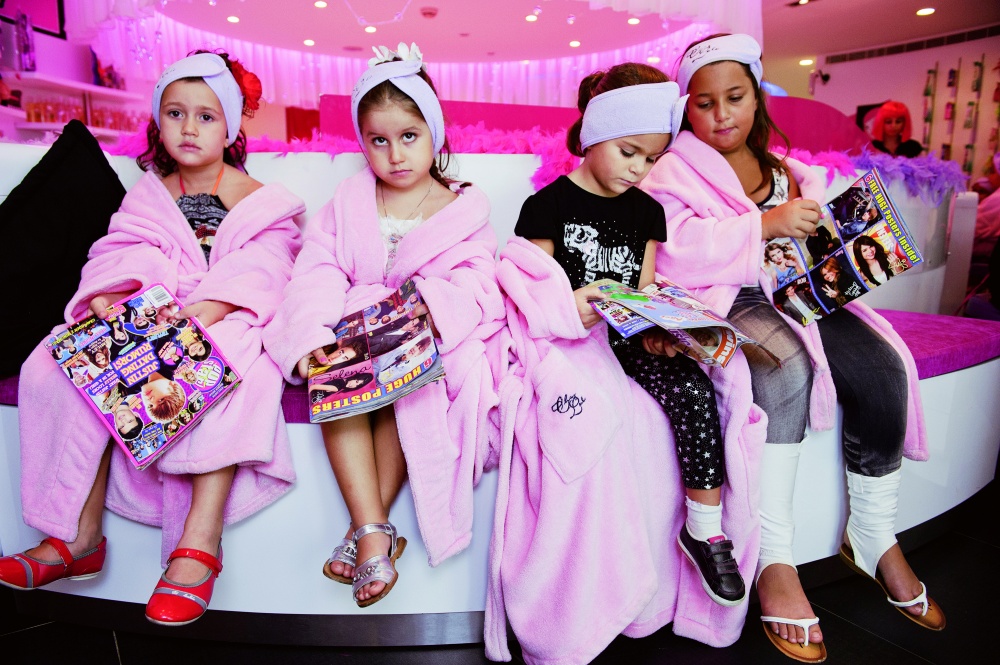 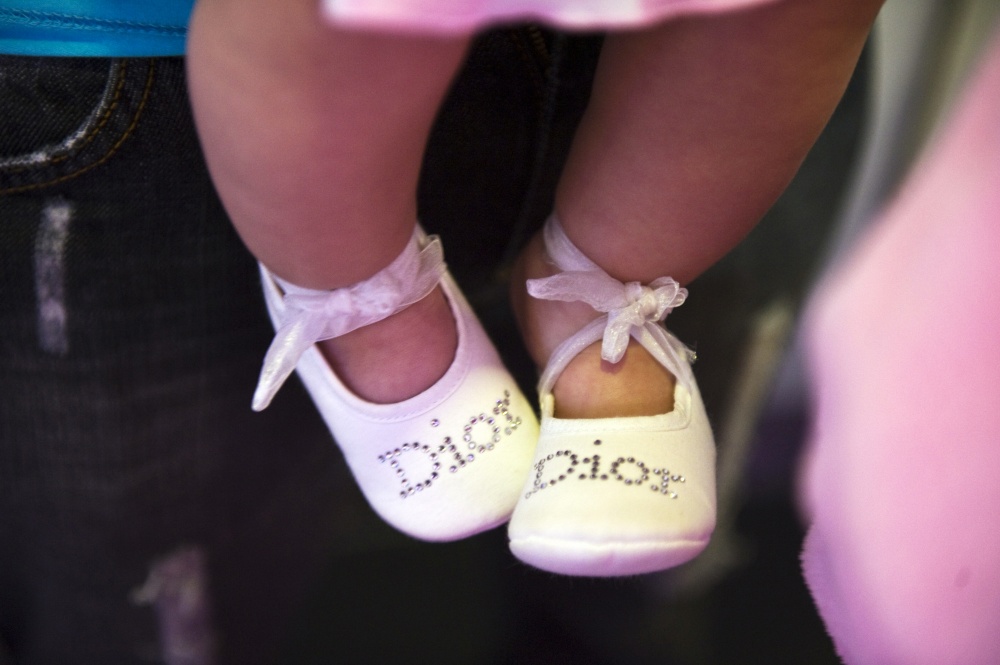 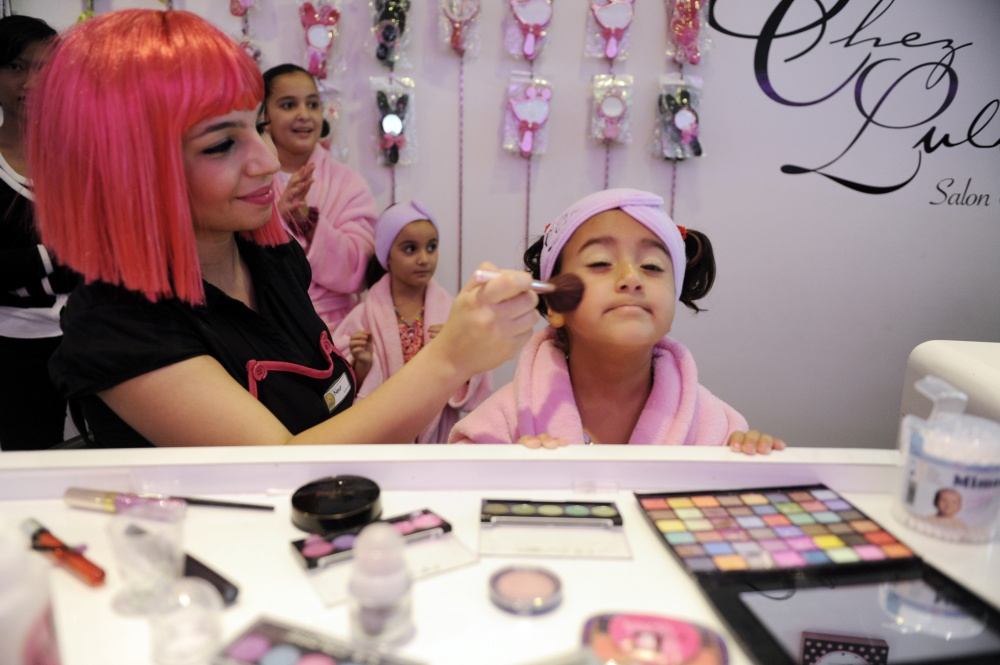 3 of 13 © 2023 Natalie Naccache
A child take part of a 'make-over' session at a nine-year-old's birthday party held at Frizzy's Chez Lulu's beauty salon. 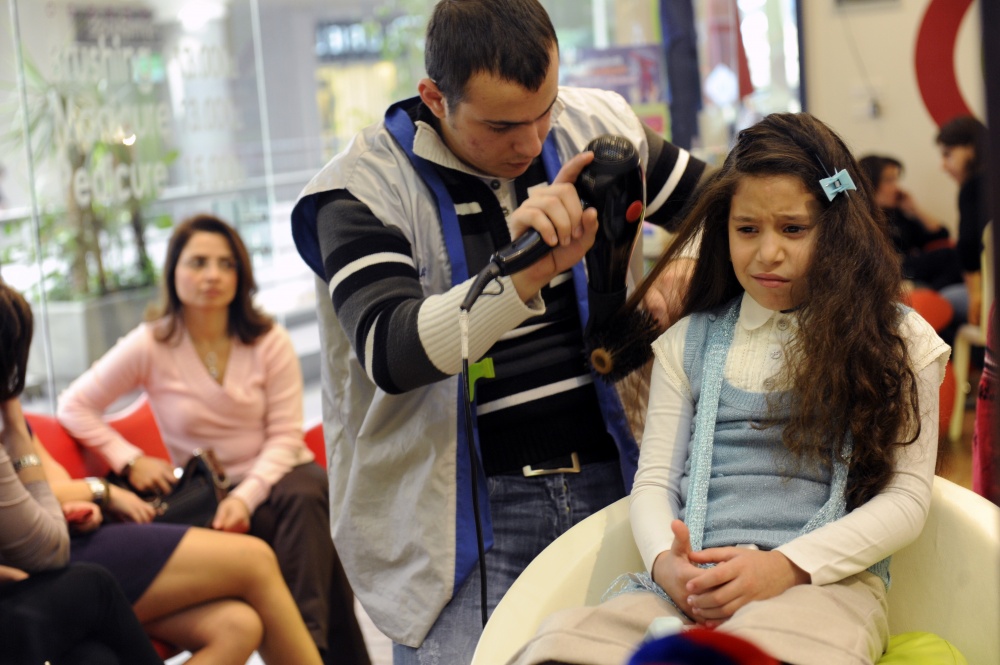 4 of 13 © 2023 Natalie Naccache
A young girl has her hair straightened at an eight-year-old's beauty birthday party at Spa-Tacular Salon in Beirut, Lebanon. 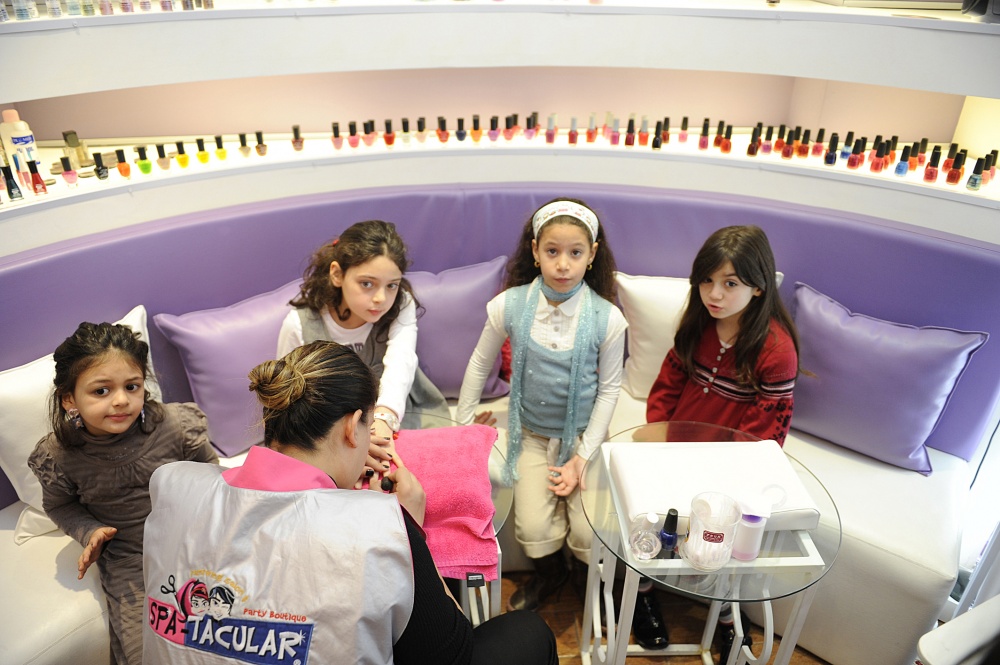 5 of 13 © 2023 Natalie Naccache
Young girls take part in a manicure service at an 8-year-old's beauty birthday party at Spa-Tacular Salon in Beirut, Lebanon. 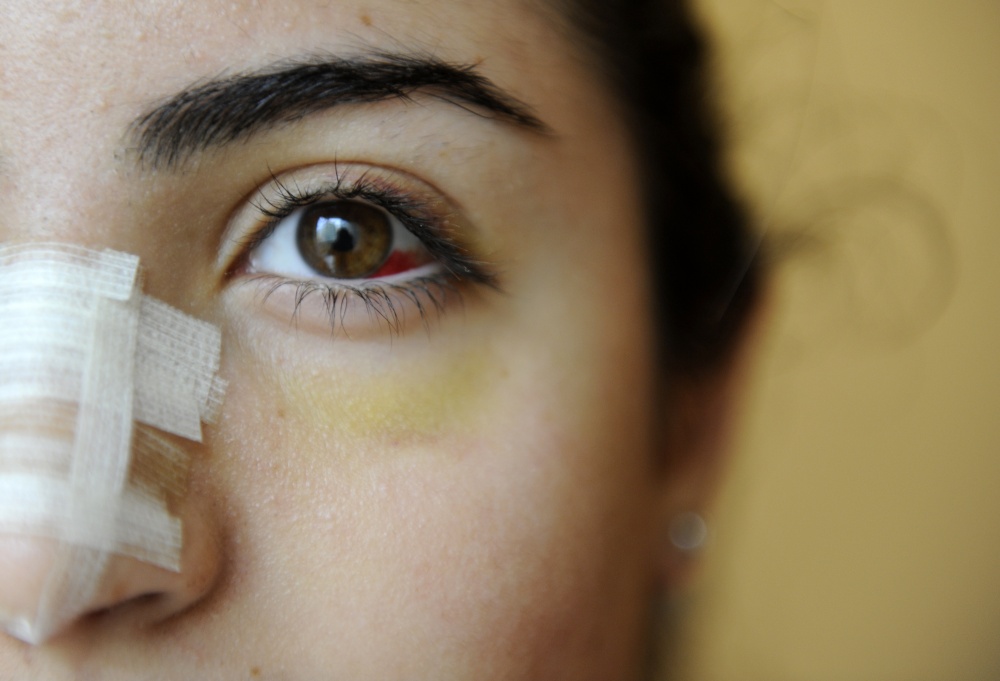 6 of 13 © 2023 Natalie Naccache
Carine, 17, seven days after her Rhinoplasty operation in Beirut, Lebanon. "I got it done because I hated my nose, it was really really big, and most people in our school do it, it's not a big thing. I said I hate my nose too, so it's ok if I do it, it's very common". A well known, successful plastic surgeon in Beirut, knew he wanted to become one at the age of nine. When asked if Arab women are increasingly losing their features, he stated they had no distinct facial characteristics anyway. 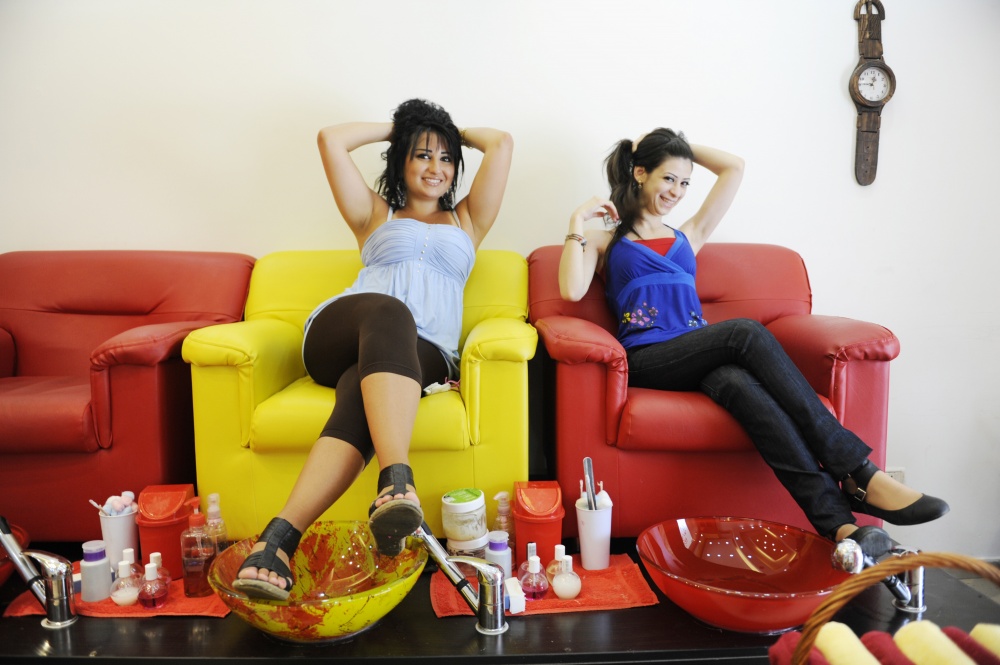 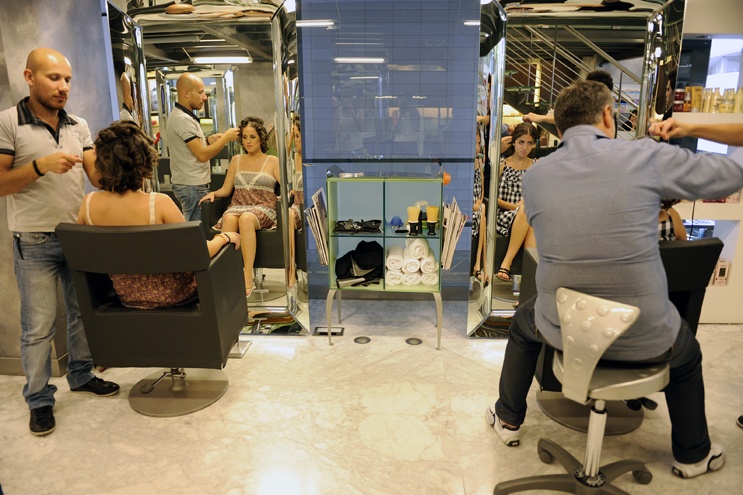 8 of 13 © 2023 Natalie Naccache
Nour, 18, and Carine, 18, have their hair groomed at a hair salon in Beirut in preparation for their high school prom. 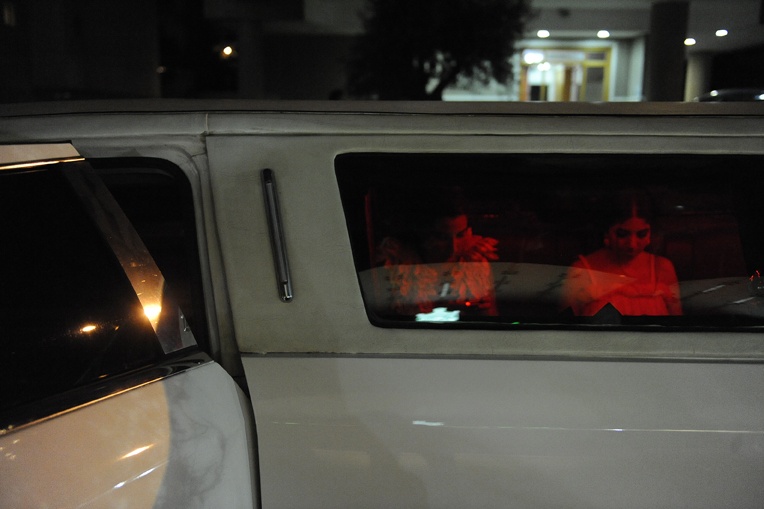 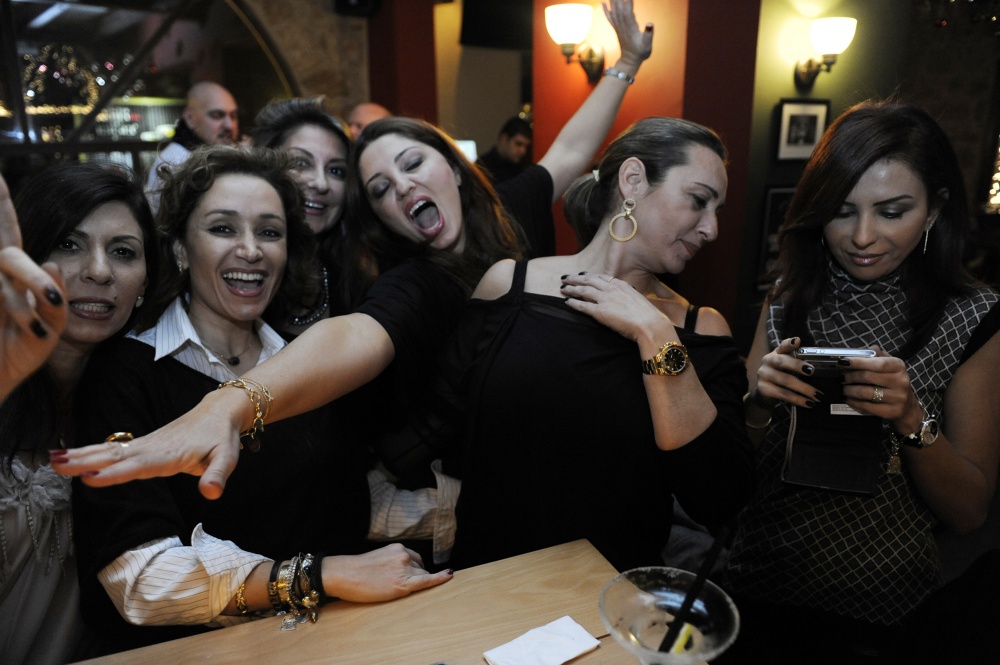 10 of 13 © 2023 Natalie Naccache
Women enjoy themselves during a birthday dinner at 'The Greedy Goose' British pub in Beirut, Lebanon. 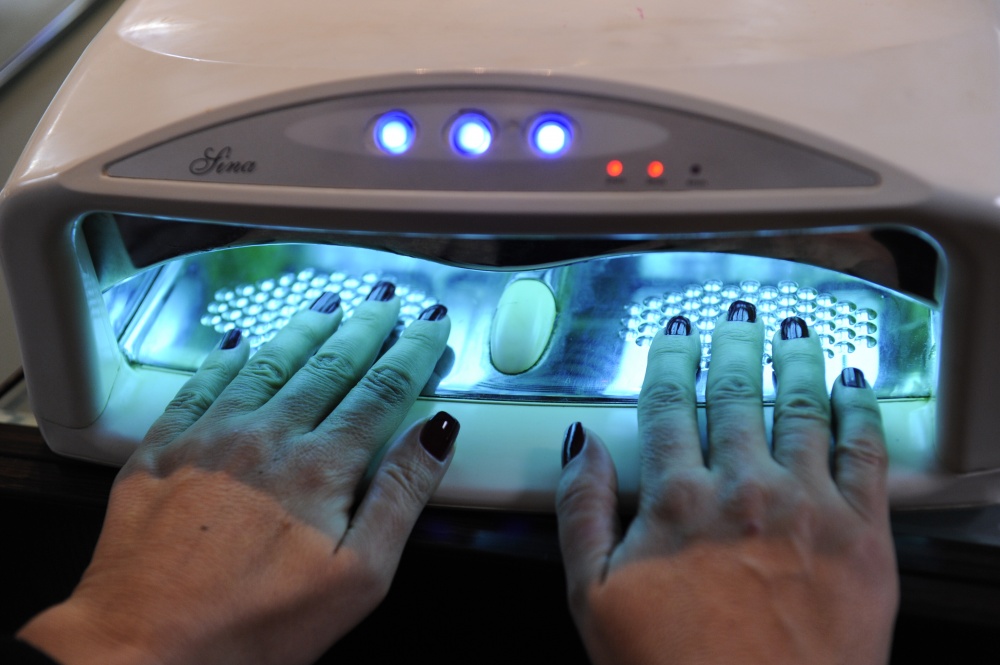 11 of 13 © 2023 Natalie Naccache
Rola, a bank manager and mother of two, uses a nail-drying machine at Top Coat nail spa in Beirut, Lebanon. 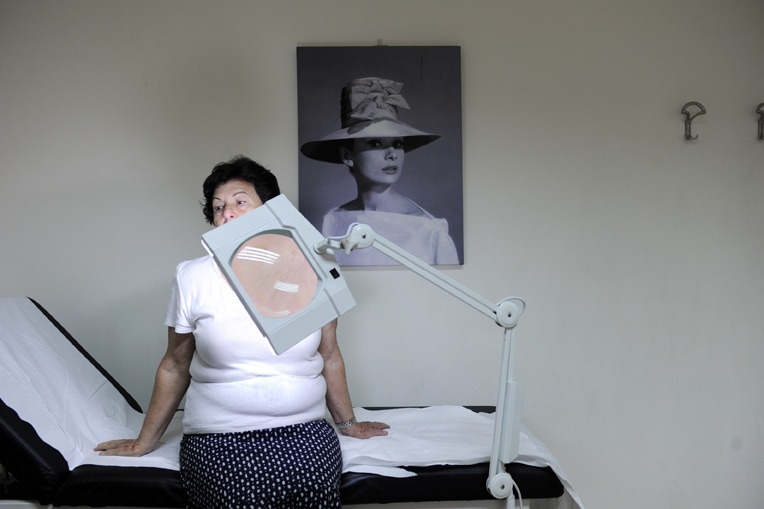 12 of 13 © 2023 Natalie Naccache
Samia Makarem, 71, at her doctor's surgery before she undergoes a Botox injection in the Sin-El-Fil region of Lebanon. 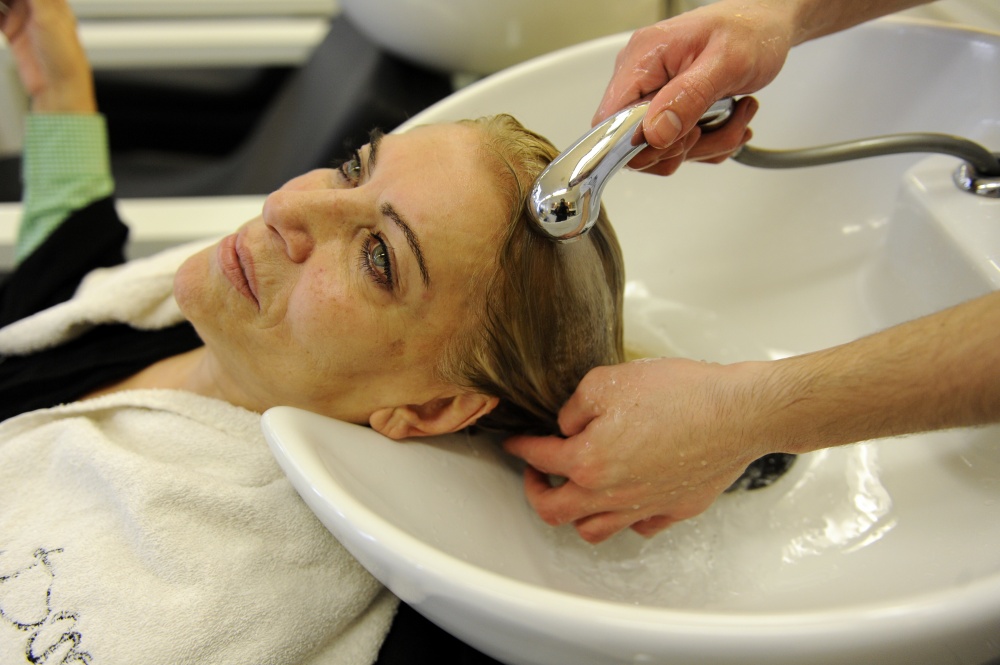 13 of 13 © 2023 Natalie Naccache
An elderly lady has her hair washed after it being dyed at Pace e Luce Salon in Beirut, Lebanon.
Close

"Leave a girl without food or water, but don't deprive her of her make up, hair and

Originally famed for its wars and cuisine, Lebanon now has the reputation of having

the most beautiful women per capita in the world. The phrase "Kteer Jeune" means

"very young" in Arabic and French a theme which runs through the story. Both

languages are very prominent in Lebanon, emphasising the post-colonialism of the

country which is present everywhere. Females are brought up from a young age

influenced by their mothers, having beauty parties, teenagers and women having

regular beauty appointments. Every street in Beirut is populated with beauty salons,

which are not seen as pampering sessions, but a way of life in Lebanon, even for the

busiest of mothers and the poorest of people in society.

Maya Hilal, founder and owner of Spa-Tacular Salon and Spa, which opened

in July 2009, aims her business at children aged five and up. The idea was inspired by

her daughters' visits to the hairdressers, "it was a very bad experience, the place was

dull, there was no colour. So I thought, why don't I just do a place specifically for

them?" Hilal explained she was supplying a social demand and creating a cheerful

place for children "It's nice during holidays, during weekends, it's a pampering thing,

and a hygiene thing. It's the way you bring up your kids".

and throat, knew he wanted to become a plastic surgeon at the age of nine. When

asked if Arab women are increasingly losing their features, he stated they had no

scheme benefits everyone, the bank because there are so many people willing, the

women benefit, and so do the doctors! Nowadays, if people want to go into a

successful career, they're advised to become a plastic surgeon".

With an increasing number of female teenagers undergoing Rhinoplasty operations,

Carine Halaby, 17, fell into the craze, "everyone did it this summer, they came back

to school with band aids on their nose. So I said ok, I hate my nose too, it's ok if I did

it, it's not a big deal". Her mother Diana, commented, "you have a lot of pressure here,

and I don't think we're happy, you have to follow the majority, it's a lack of

personality some people have. When I travel abroad, I don't care, I get into my shorts

and t-shirt, and I feel so happy, but here in Lebanon, I care, and I don't know why".

Samia Makarem, 71, does yoga exercises everyday and eats healthily - although she

admits she has a sweet tooth - and has never dyed her hair. She was recently

frowned too much at people".

As Lebanese women grow older, these social expectations do not change. Maya Hilal

states, "I'm not encouraging anything, the new generation is in anyway, no matter

up so whatever we do, we're not going to slow anything down".