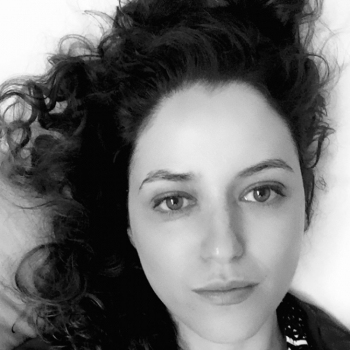 (Mexico City, 1981) is a visual artist, editor, cultural agent, and art director. She graduated with honors with a a B.F.A in Photography & Imaging from New York University's Tisch School of the Arts in 2003. She has worked as a freelance photographer, editor, teacher, art directo and project manager for different institutions and online publications. Her work as an artist has been included in several collective exhibitions in China, Mexico, Bangladesh, Brazil and the United States and is part of the permanent collections of the Guangdong Museum of Art and the Fototeca Nacional in Pachuca, Mexico.

She was the recipient of the FONCA Jóvenes Creadores Grant in Mexico 2008-2009 and 2012-2013. Nadia was also a FotoFest Portfolio Reviewer in 2006, 2008, 2010 & 2012. She was the editor of zonezero.com from 2008-2013, Sub-Director of Contents at the Centro de Cultura Digital from 2013-2017, and currently directs EXIT-1 , a small web design and development studio which she founded in Mexico City that specializes on social, artistic culture projects. As of 2021, she also co-edits LUCA, an online platform that examines the intersections between scientific, theoretical and artistic thought and practice.

She is available for commissions and collaborations worldwide.