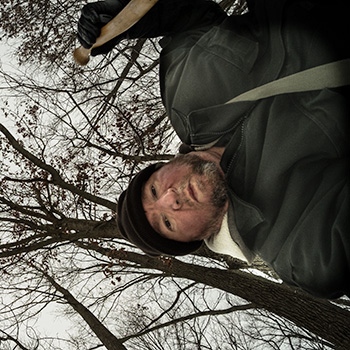 I am an American photographer, currently living in the United States.  I find it  hard to classify myself. We can take photography in so many different directions these days. I like to wander through all kinds of... read on
Location: 47620
Focus: Photographer, Photojournalist, Journalist
Skills: Infrared Photography, Color Correction, Coding CSS, Web Design, Photojournalism, Web Development
About

I am an American photographer, currently living in the United States.

I find it  hard to classify myself. We can take photography in so many different directions these days. I like to wander through all kinds of different climates and terrain. I am not just one thing all the time.

I was raised in the traditions and ethics of classic photojournalism and always enjoy doing straight PJ work. I'm good technically and can shoot in any light. On assignment, I am dependable and always comport myself professionally. I'll get the shot, or shots, to tell the story without burning any bridges in the process.

When I'm just doing my own thing, which is mostly what you'll see here,  I often describe myself as a documentary/art photogrpaher.  But a photog friend says the /art part of that construction is redundant, and I really have no argument with that. But I still consider the term "documentary" too limiting.

How I really describe myself, though I don't often say it out loud, is as a visual storyteller working in the ethos of New Journalism.

From Wikipedia:  "It [New Journalism] is characterized by a subjective perspective, a literary style reminiscent of long-form non-fiction and emphasizing "truth" over "facts," and intensive reportage in which reporters immersed themselves in the stories as they reported and wrote them. This was in contrast to traditional journalism where the journalist was typically "invisible" and facts are reported as objectively as possible"

I always hate quoting Wikipedia, but that actually sums it up quite effectively.

Bascially, I like to communicate complex, meaningful stories through visually compelling photographs. Although I care more about the overall narrative than I do "iconic" photos, the more that each photo in the narrative can tell its own meaningful story and be visually interesting, the better.