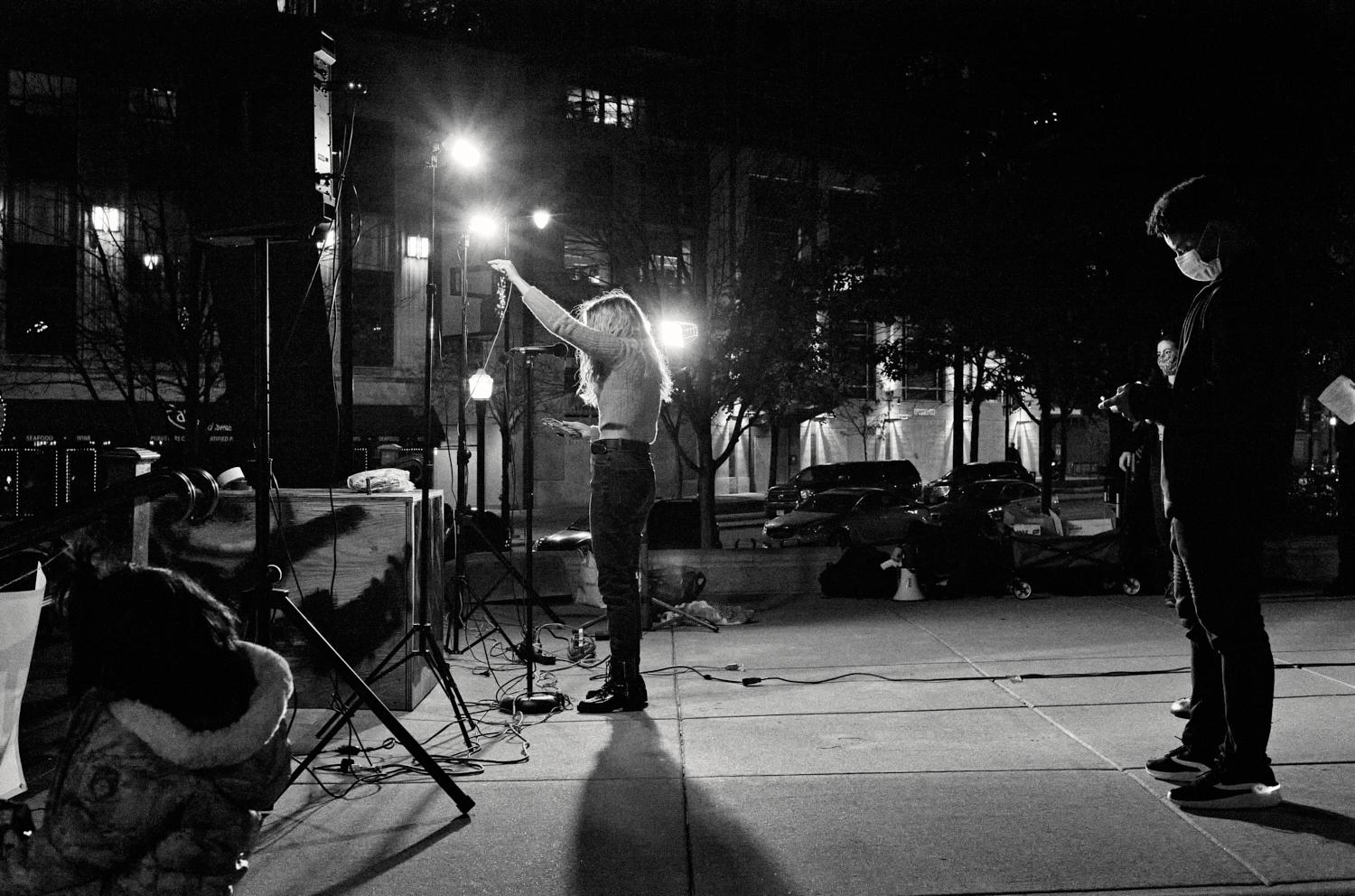 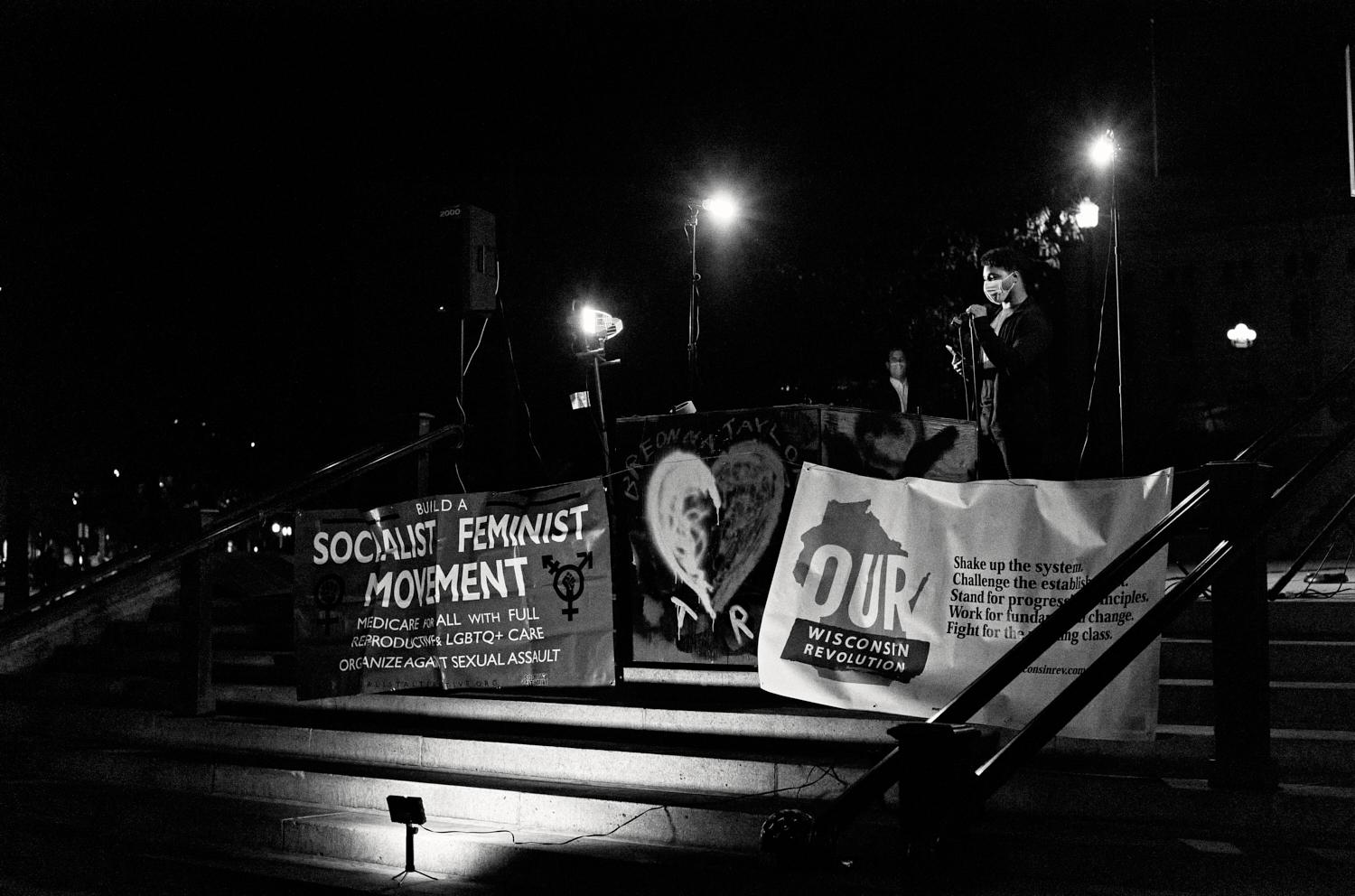 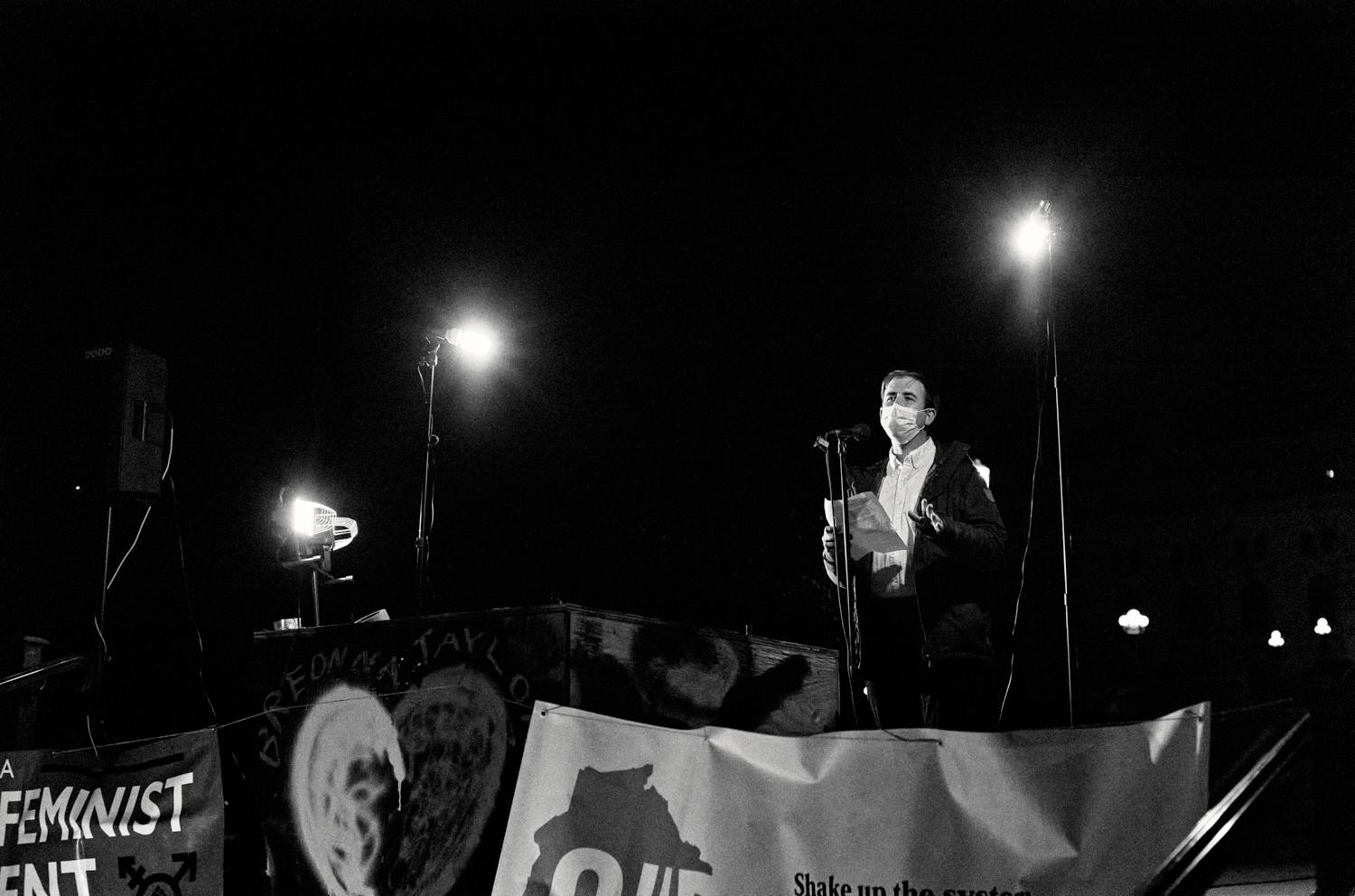 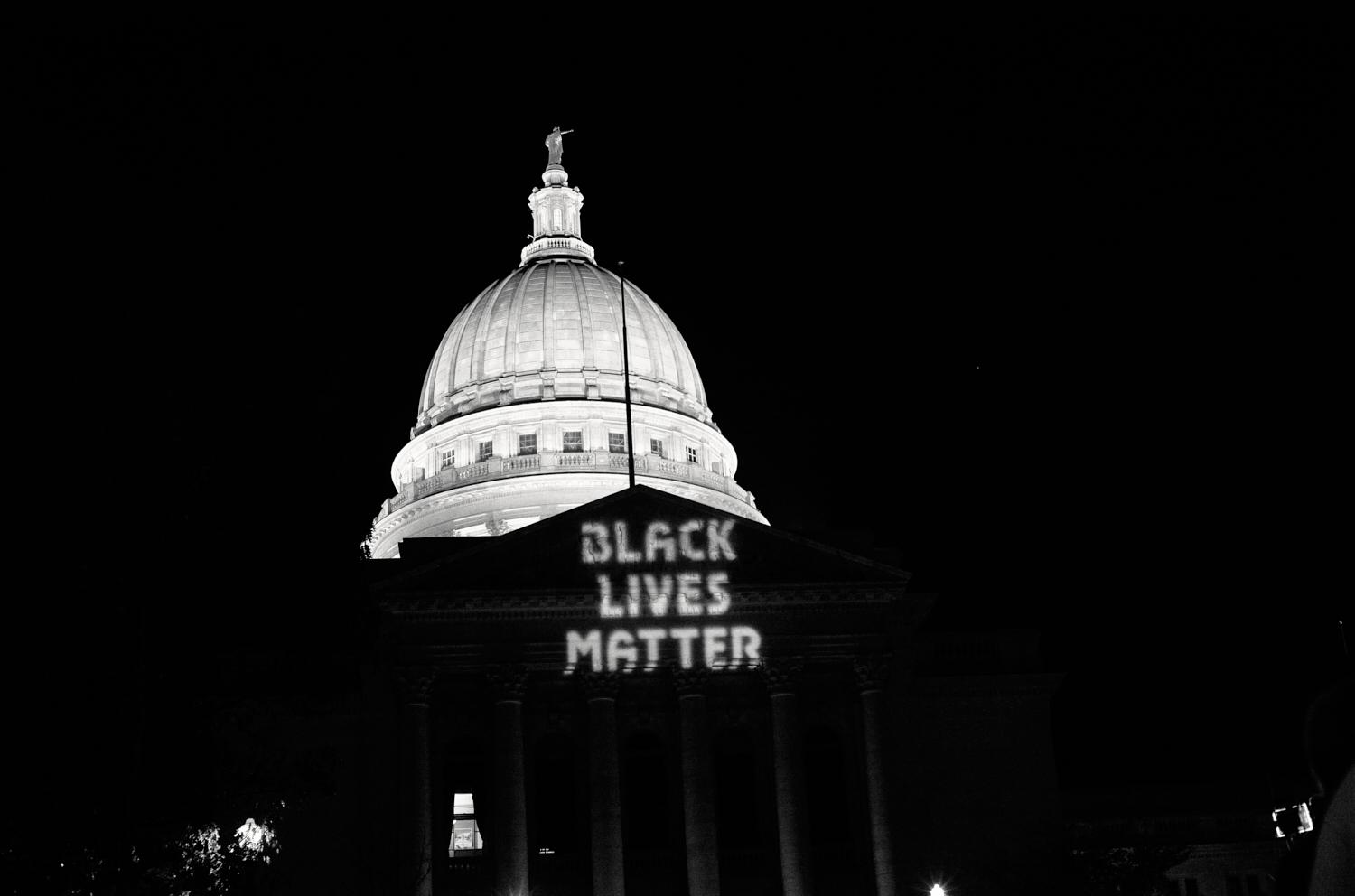 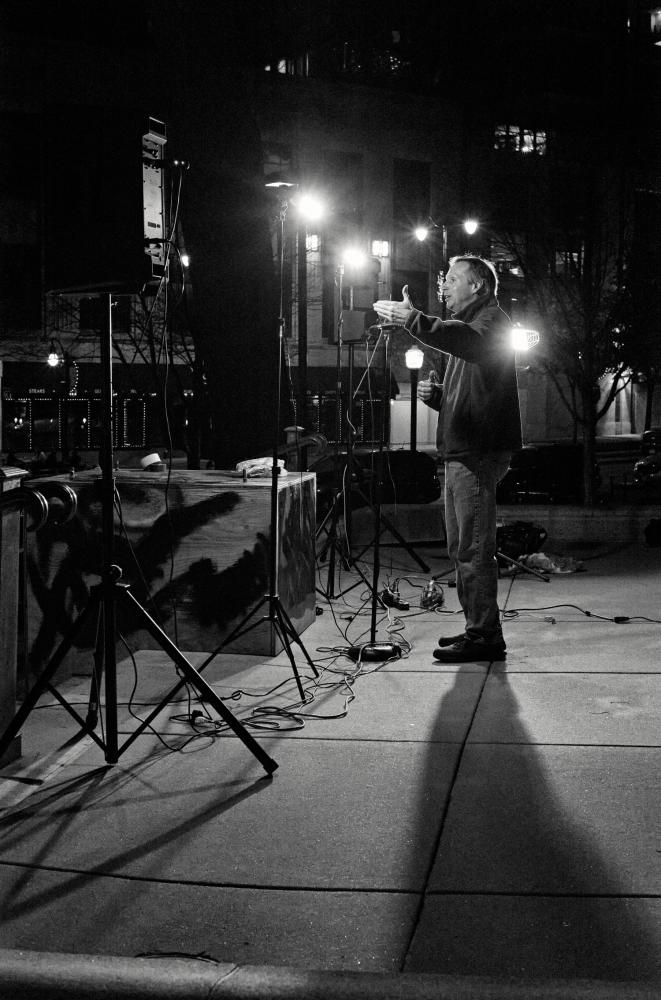 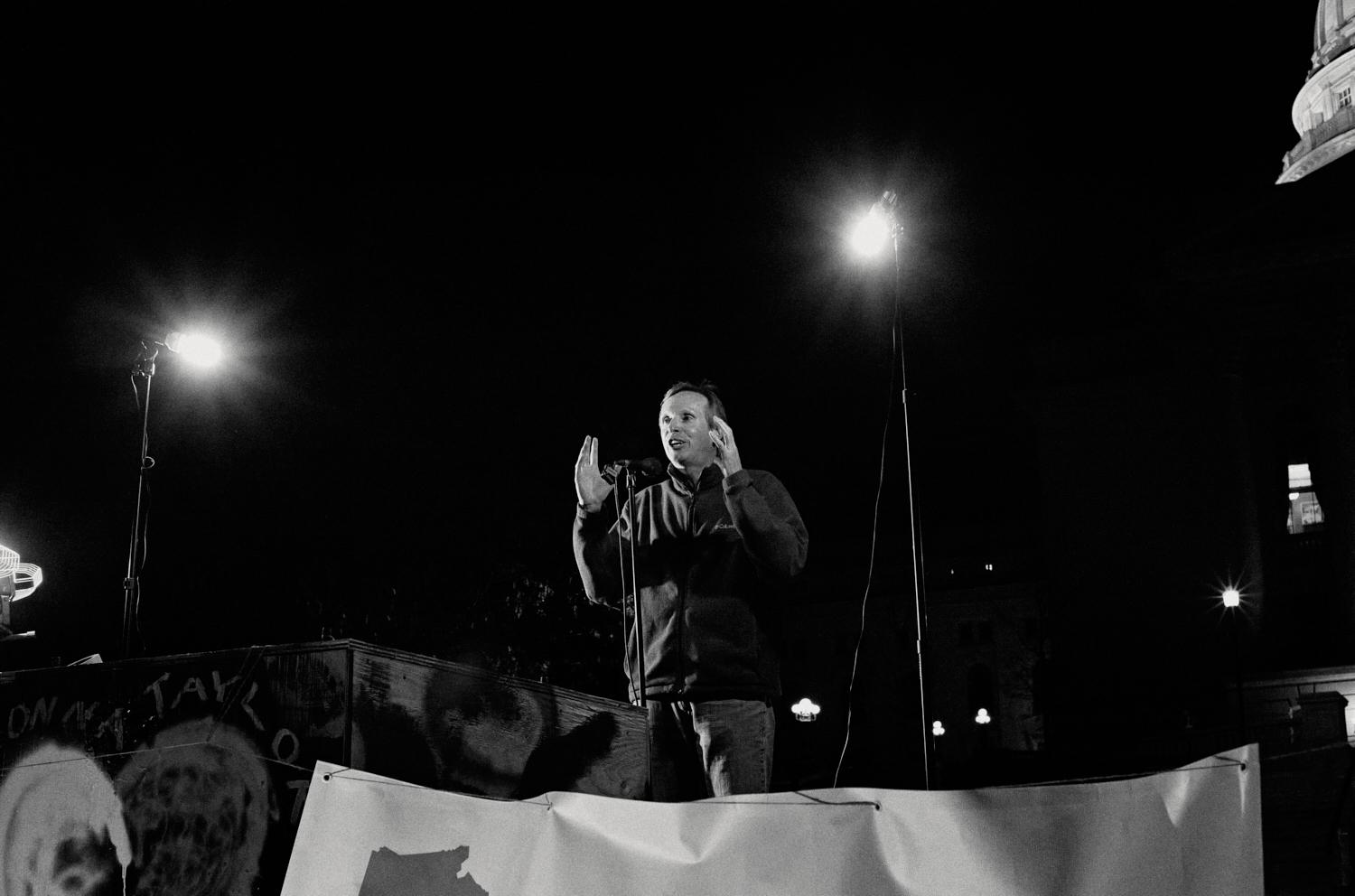 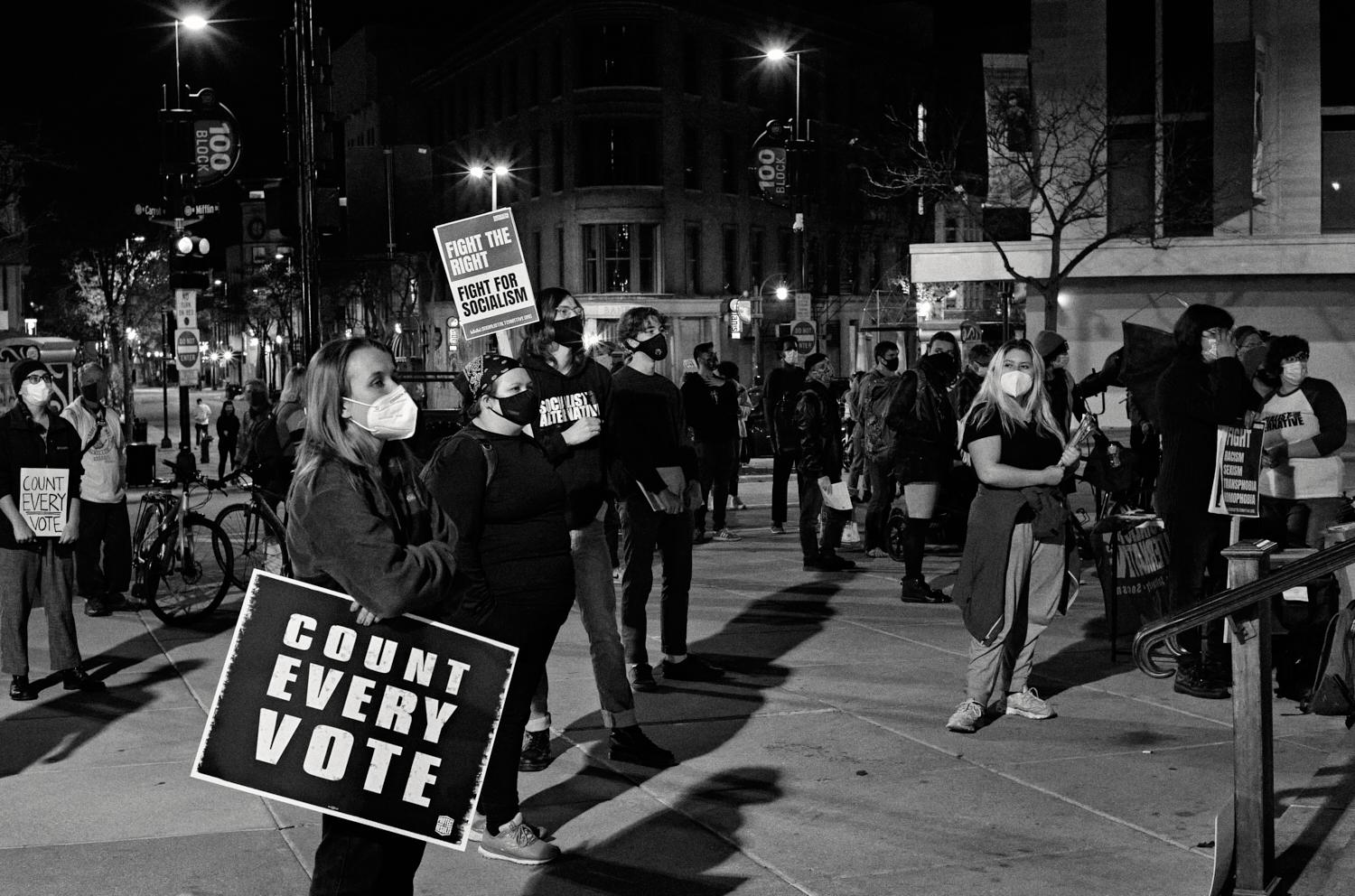 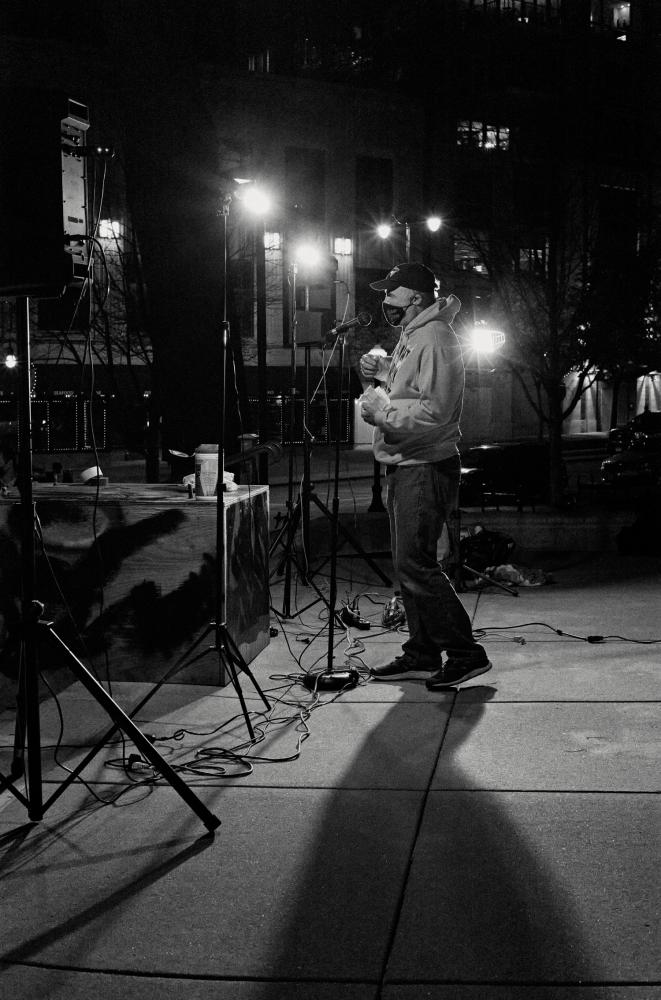 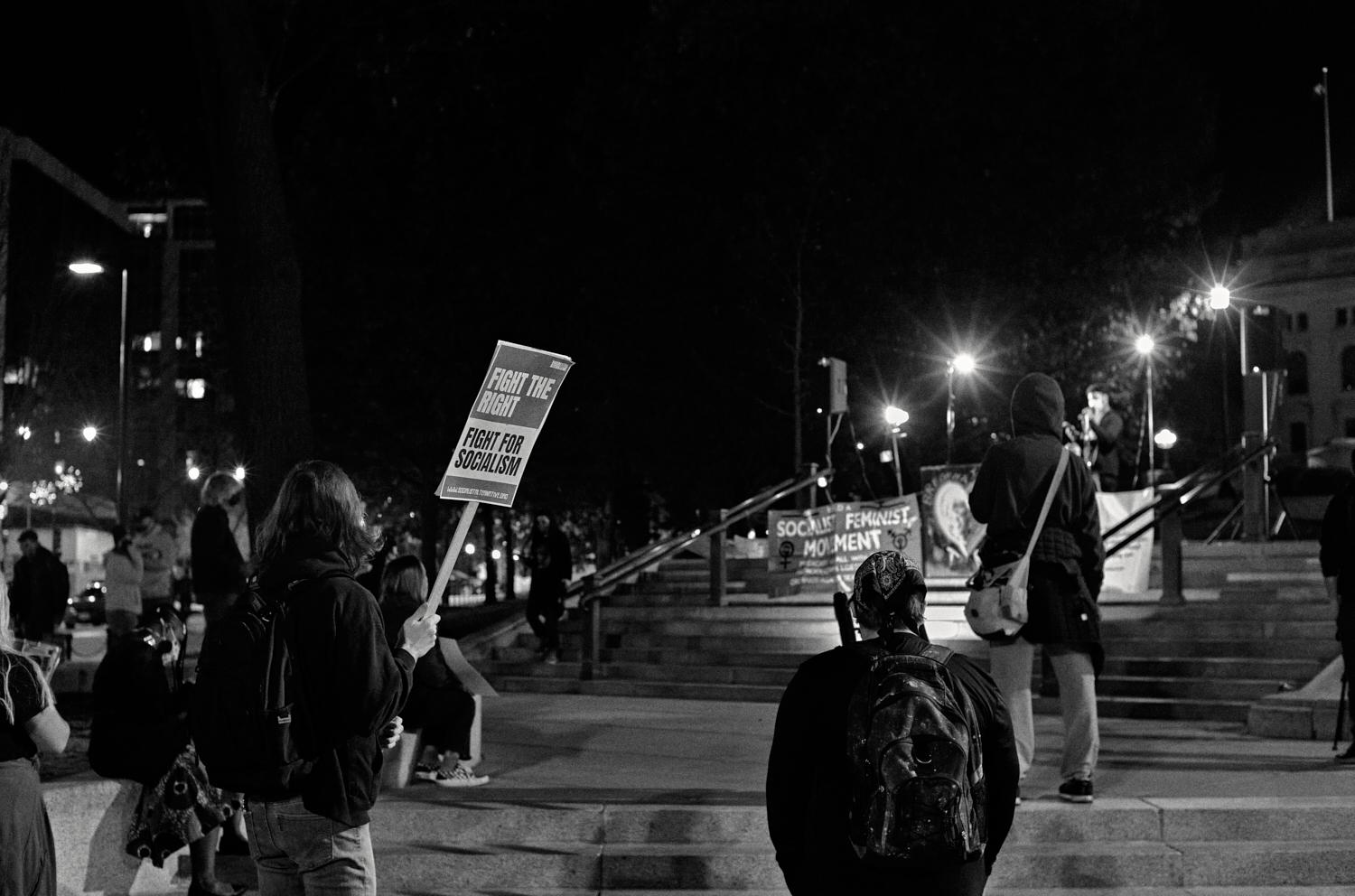 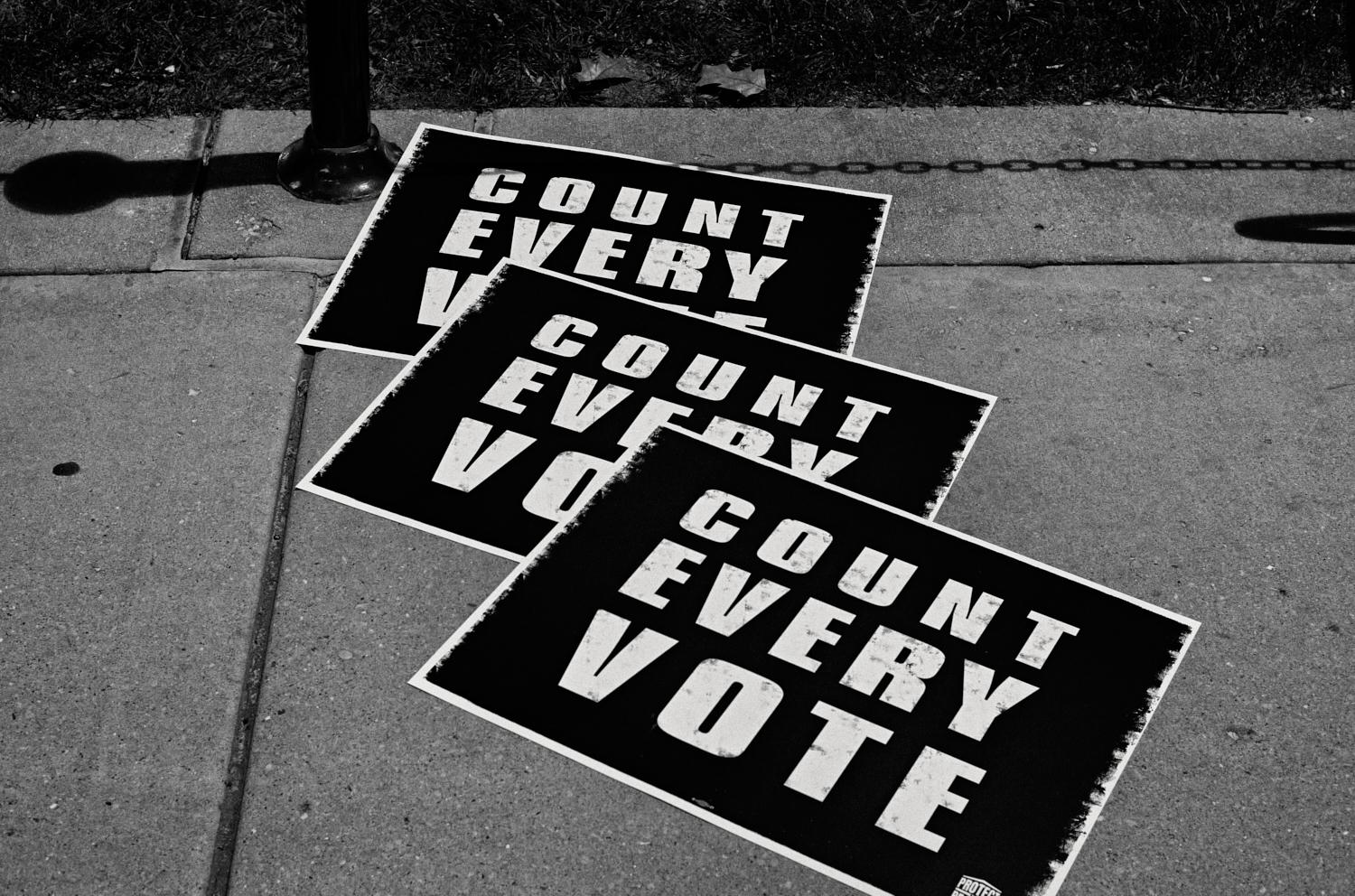 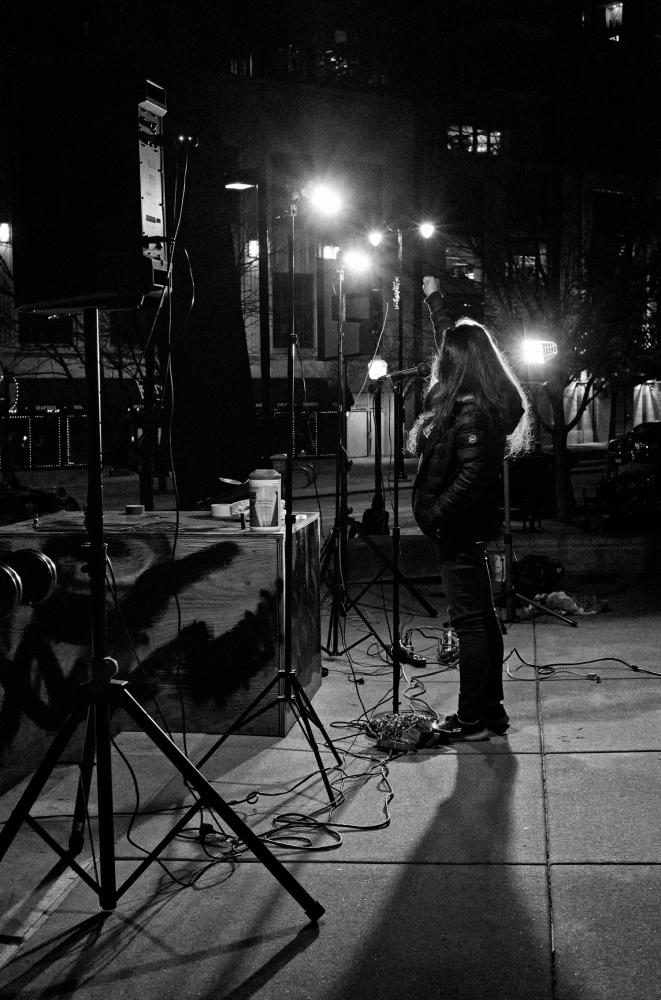 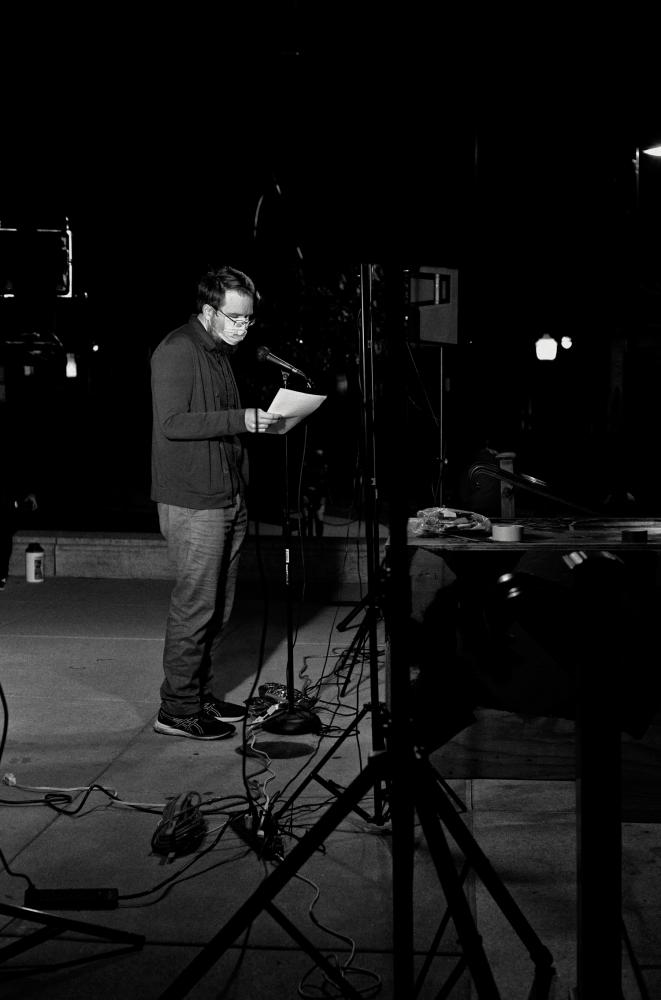 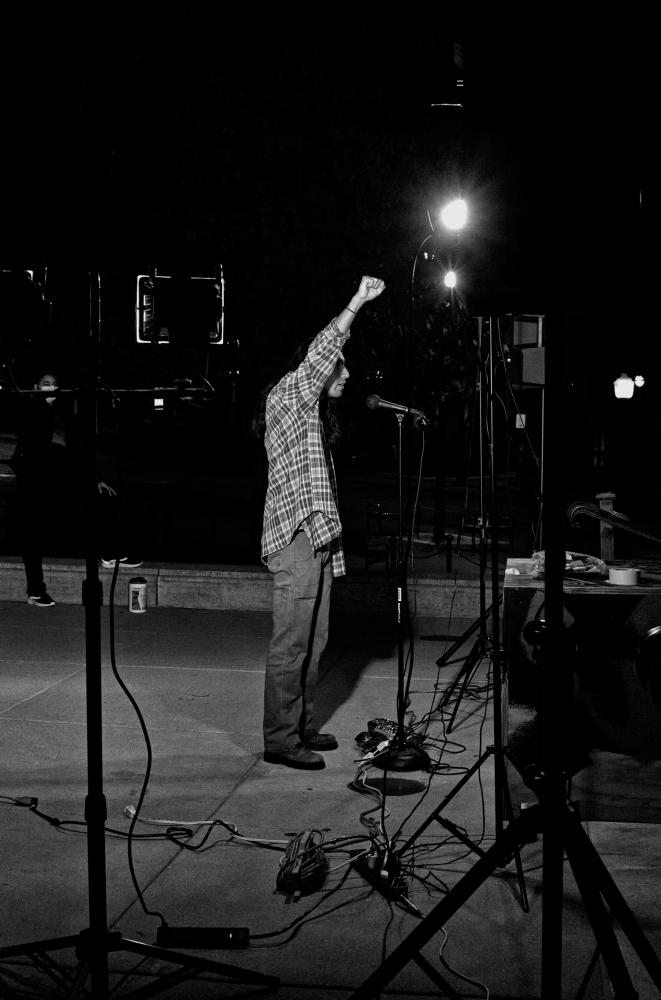 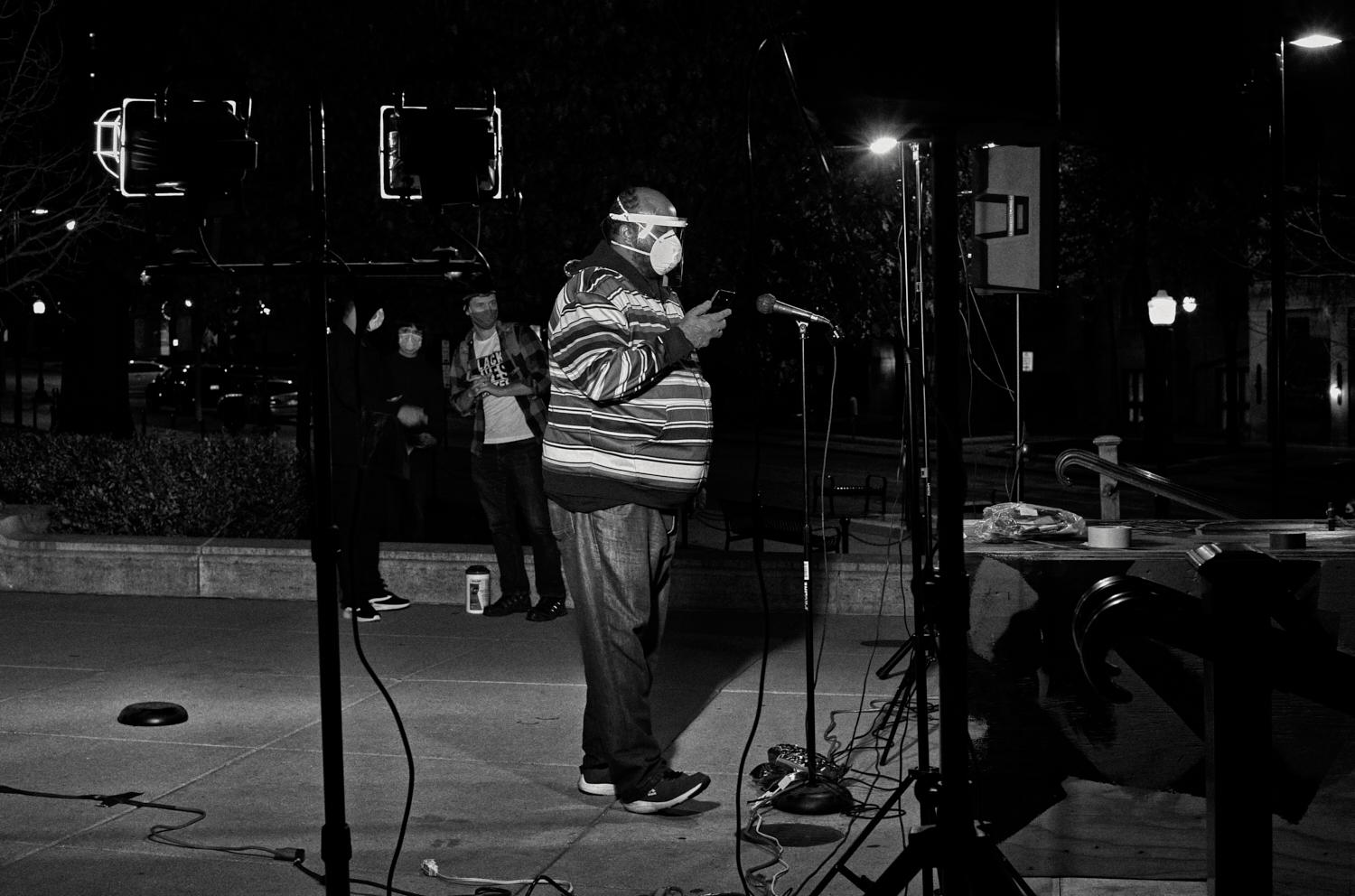 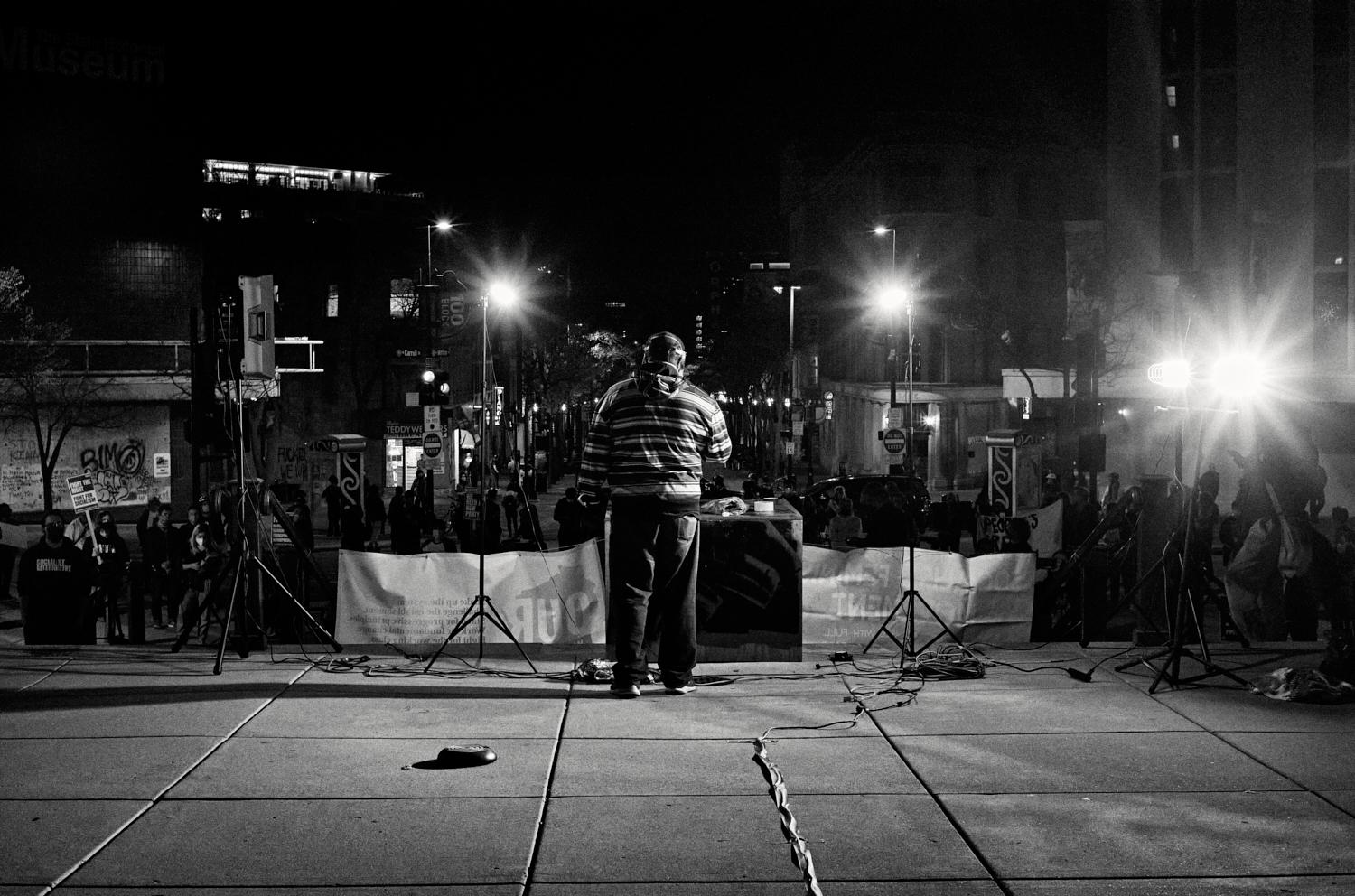 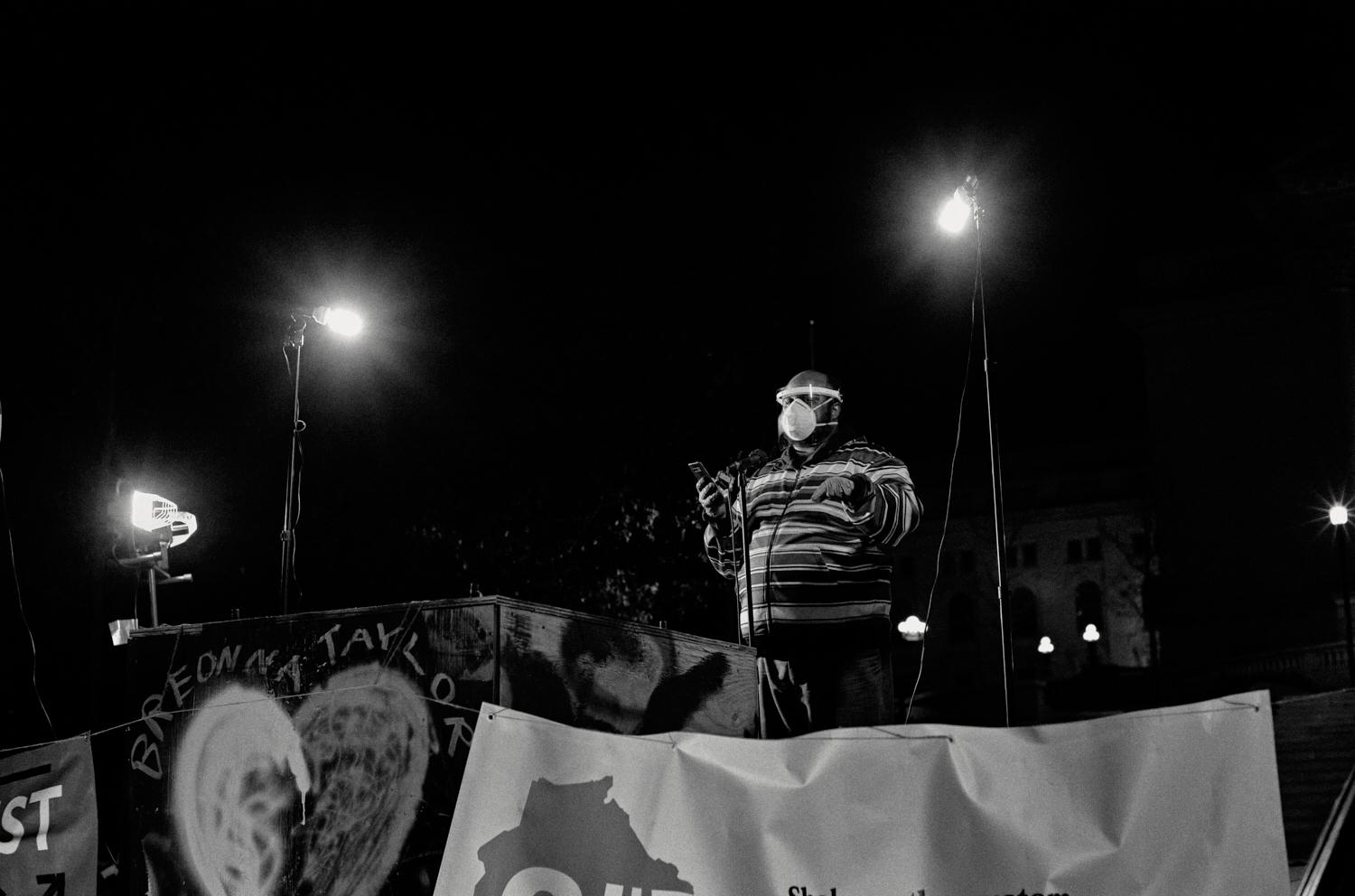 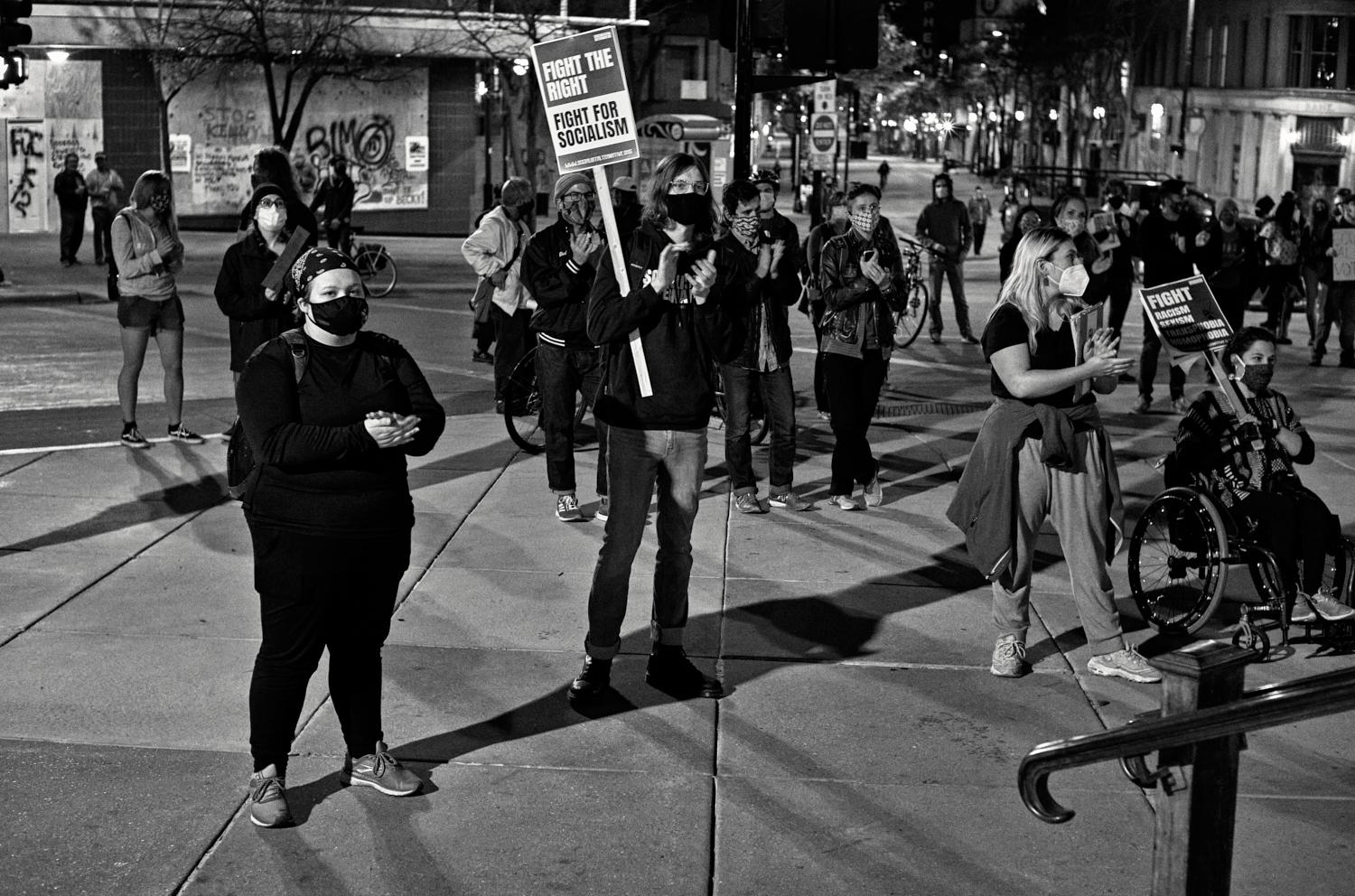 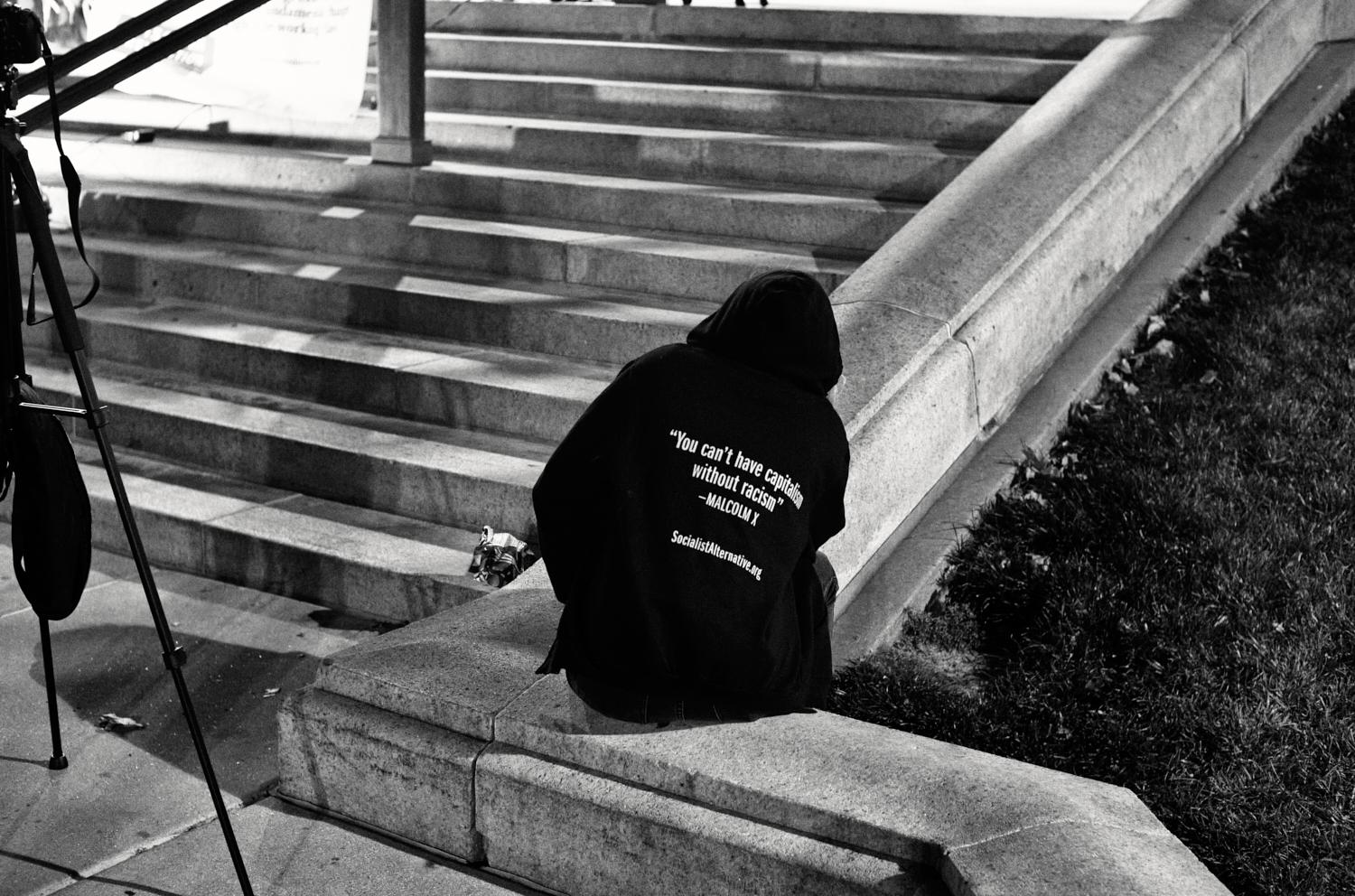 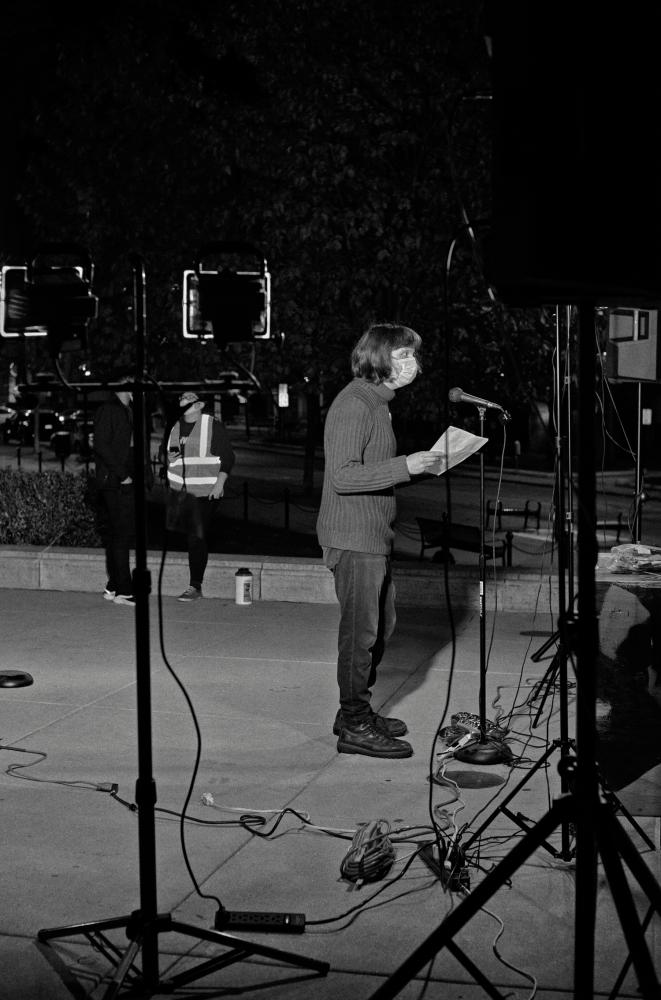 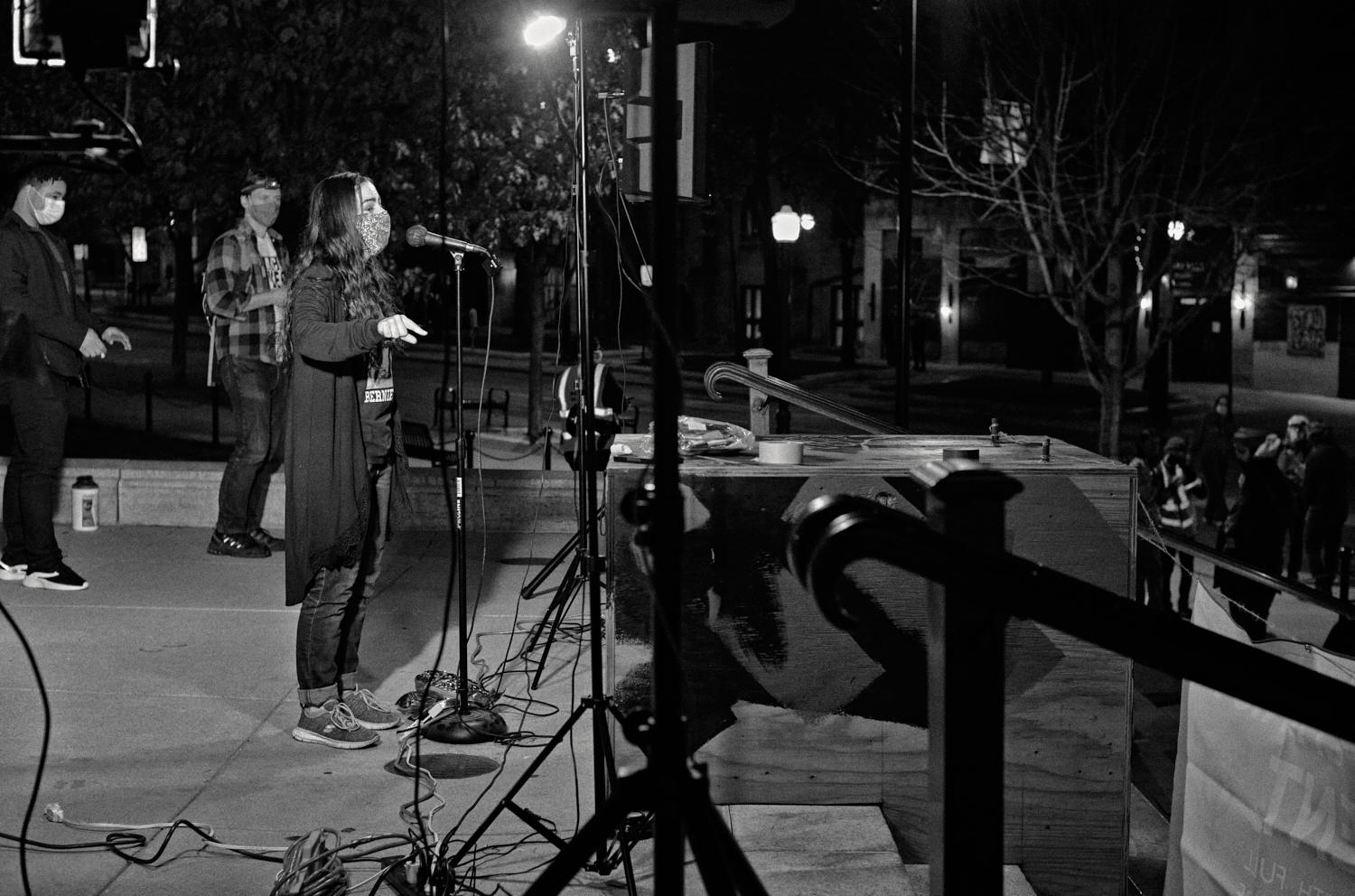 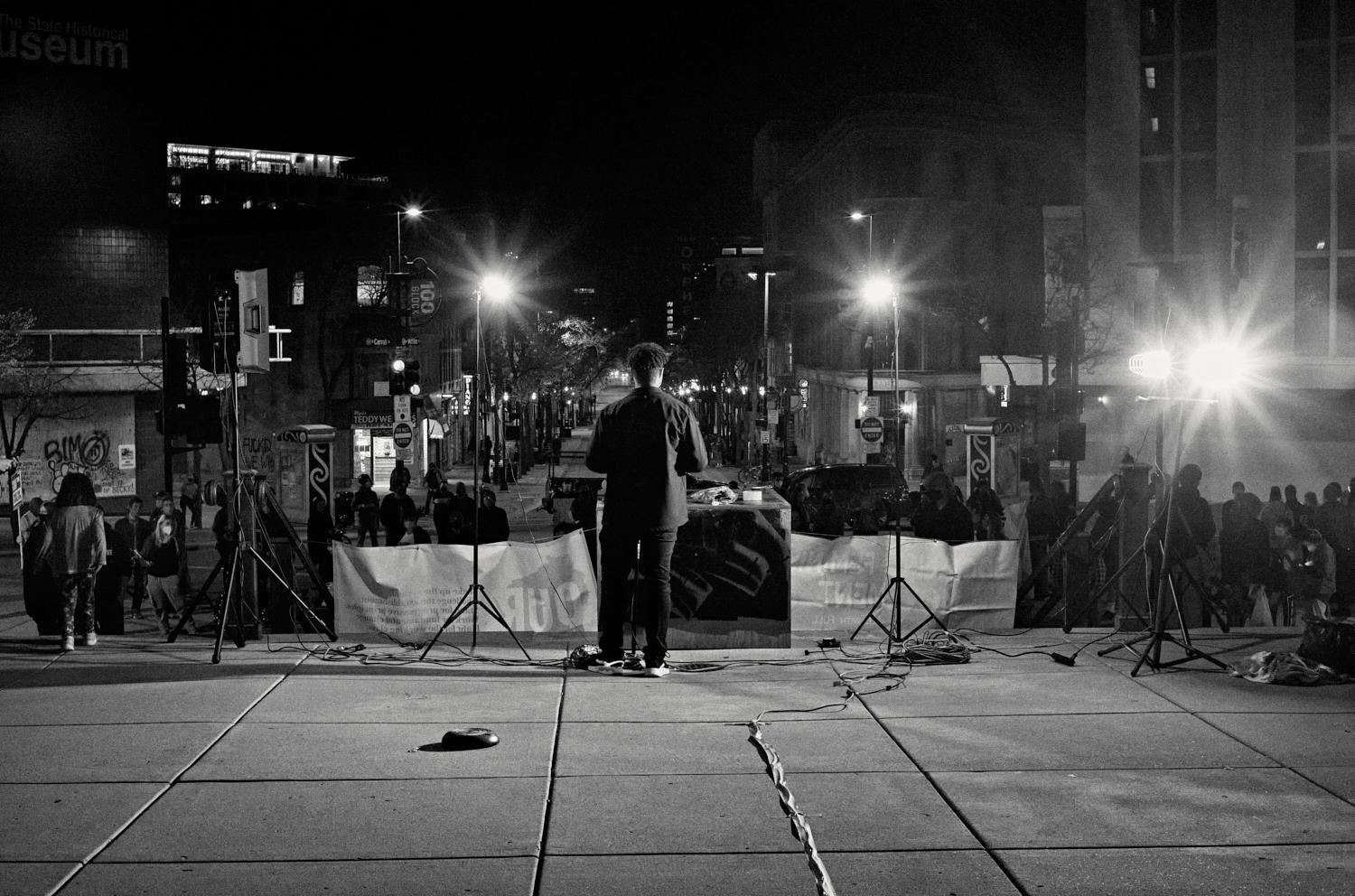 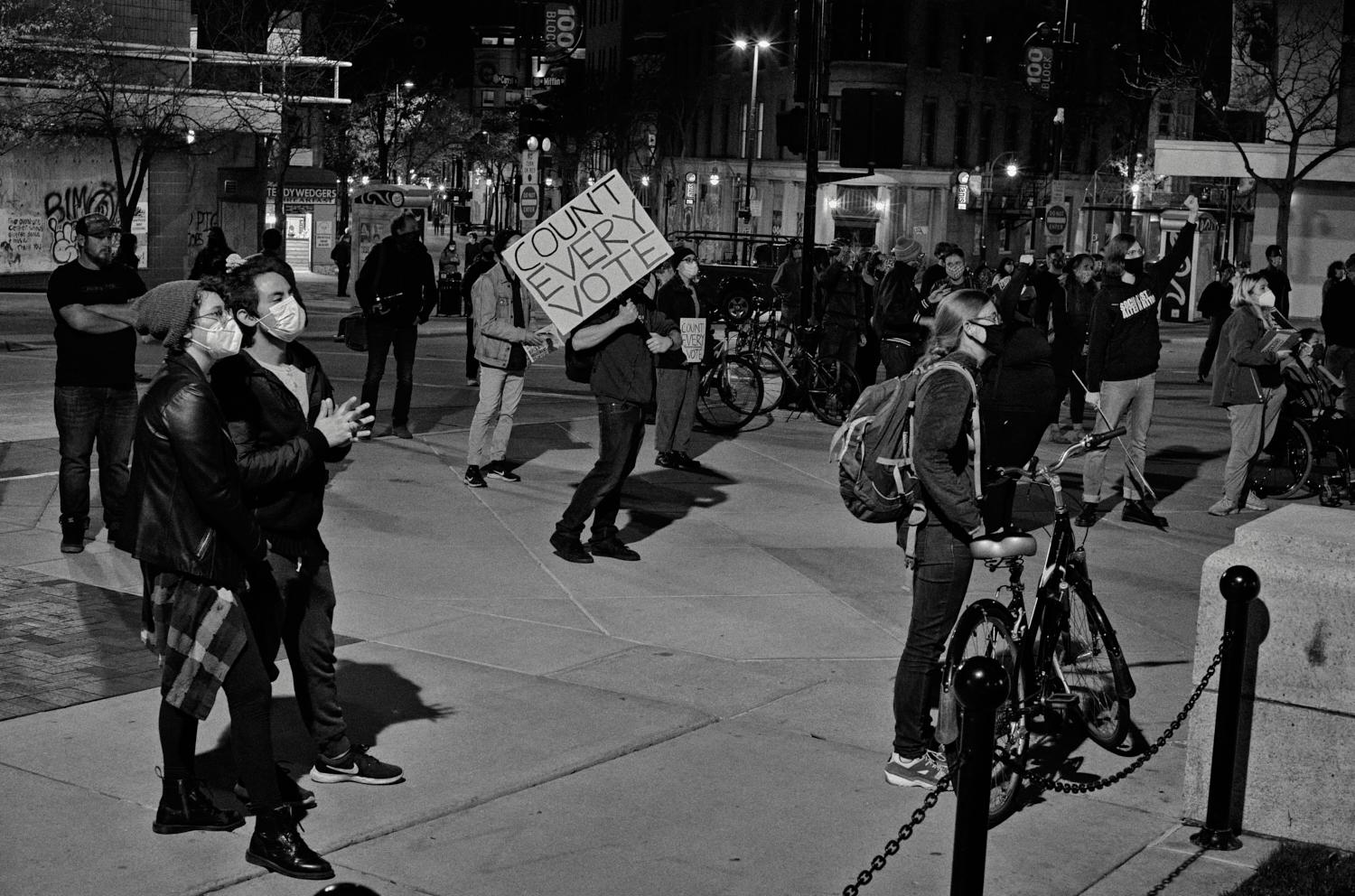 A small but vocal group gathered this evening at the Wisconsin State Capital to protest Donald Trump's threats to invalidate the presidential vote count if he loses, which he is poised to do.