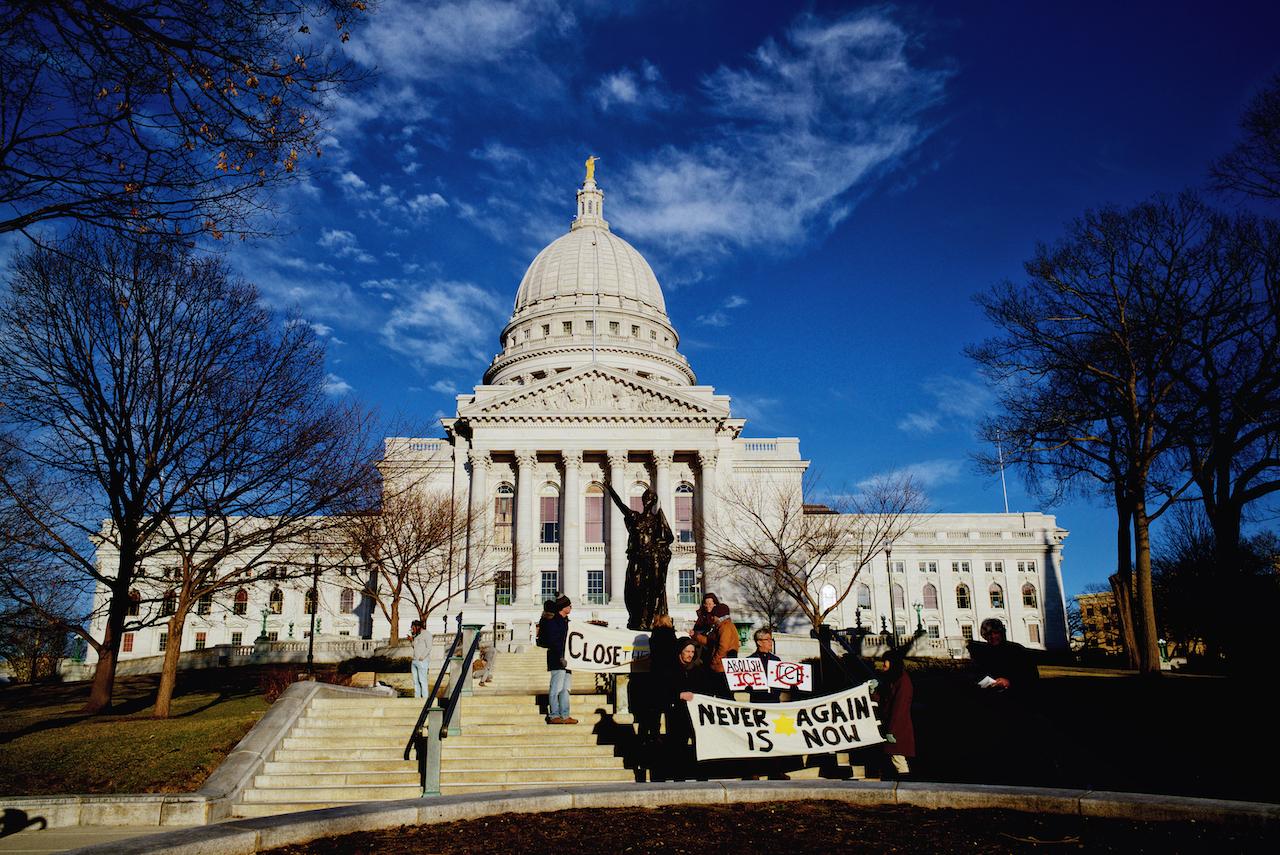 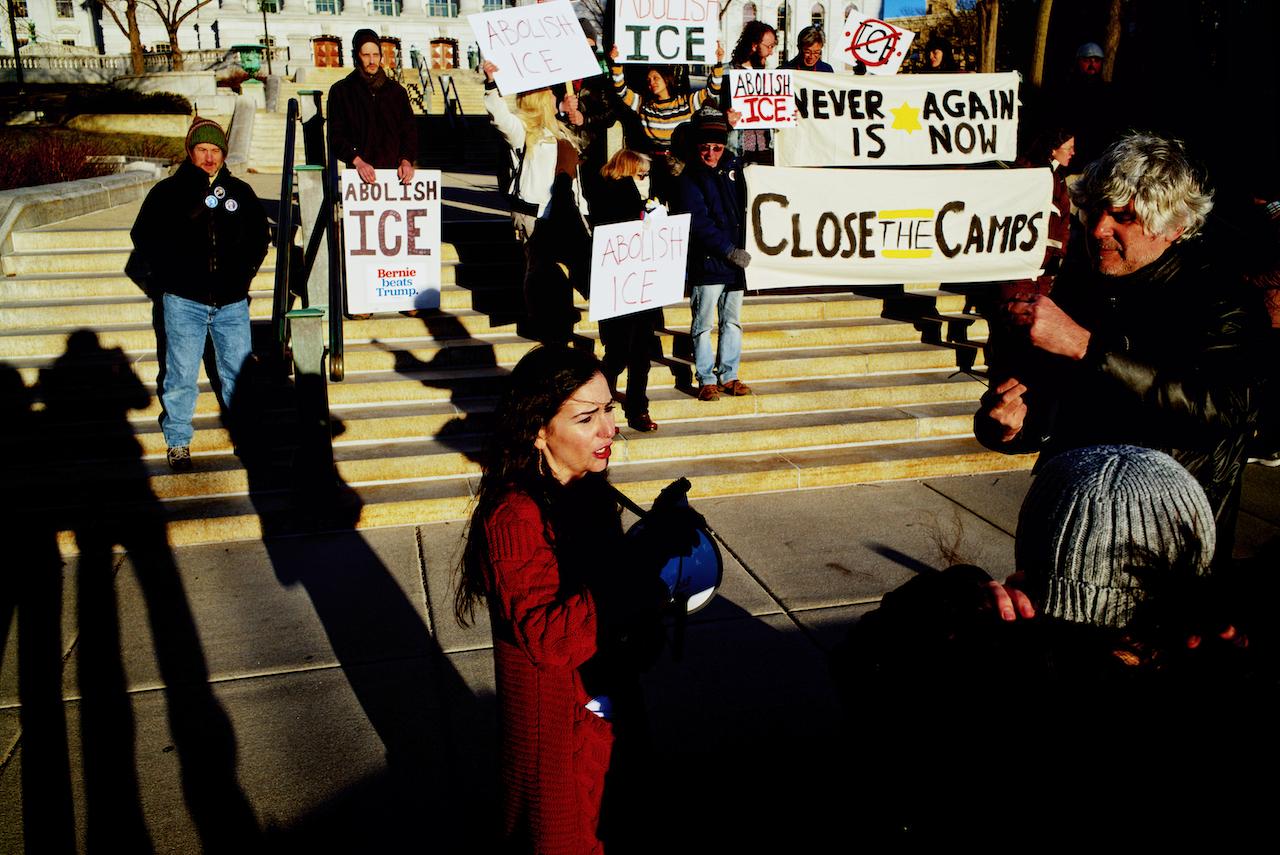 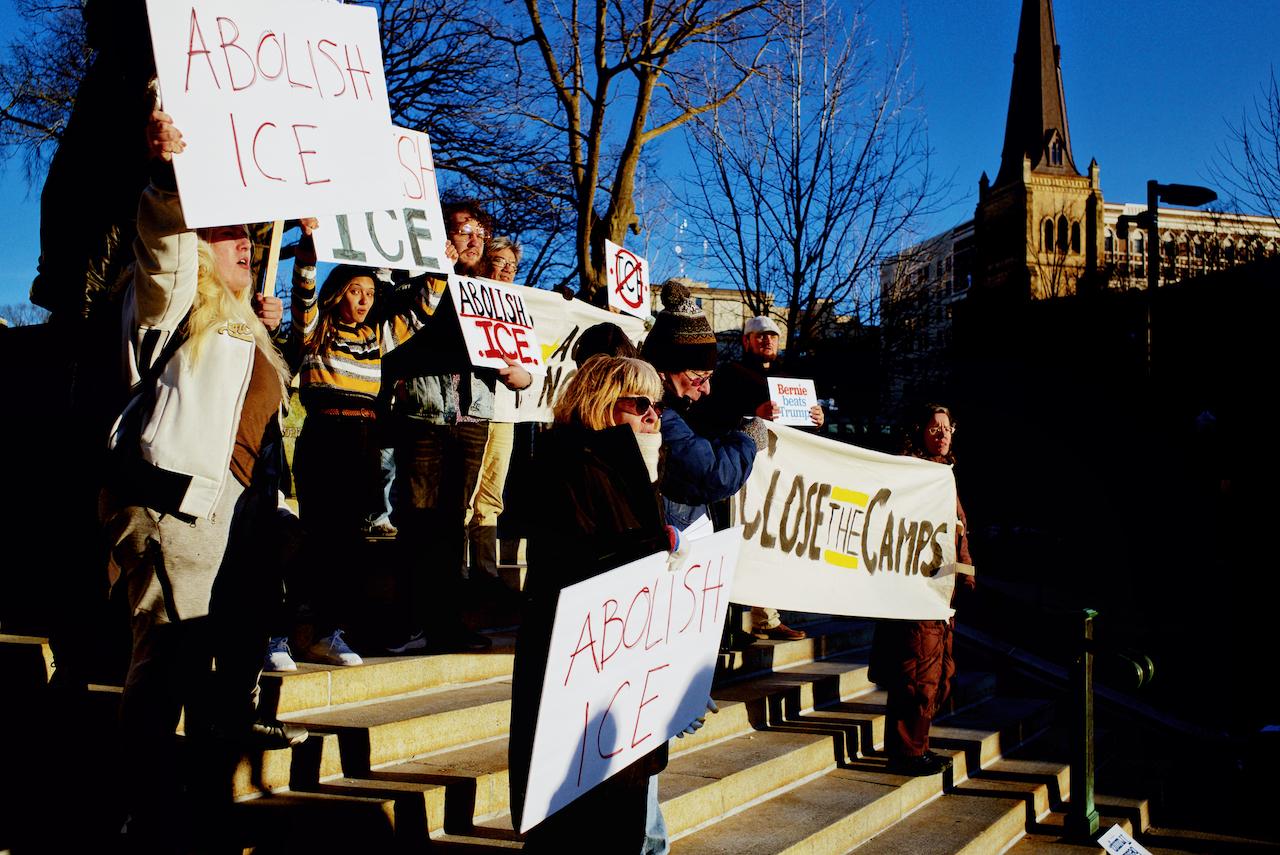 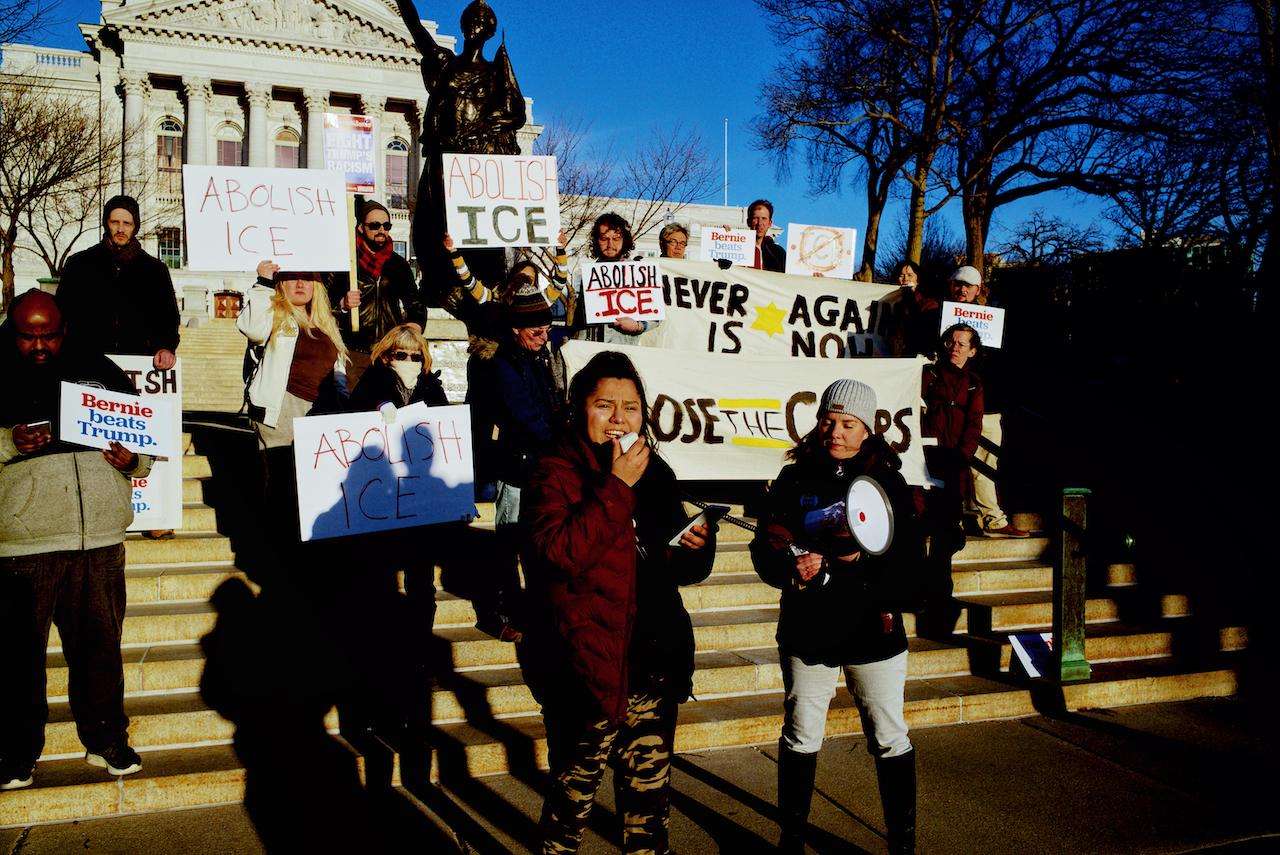 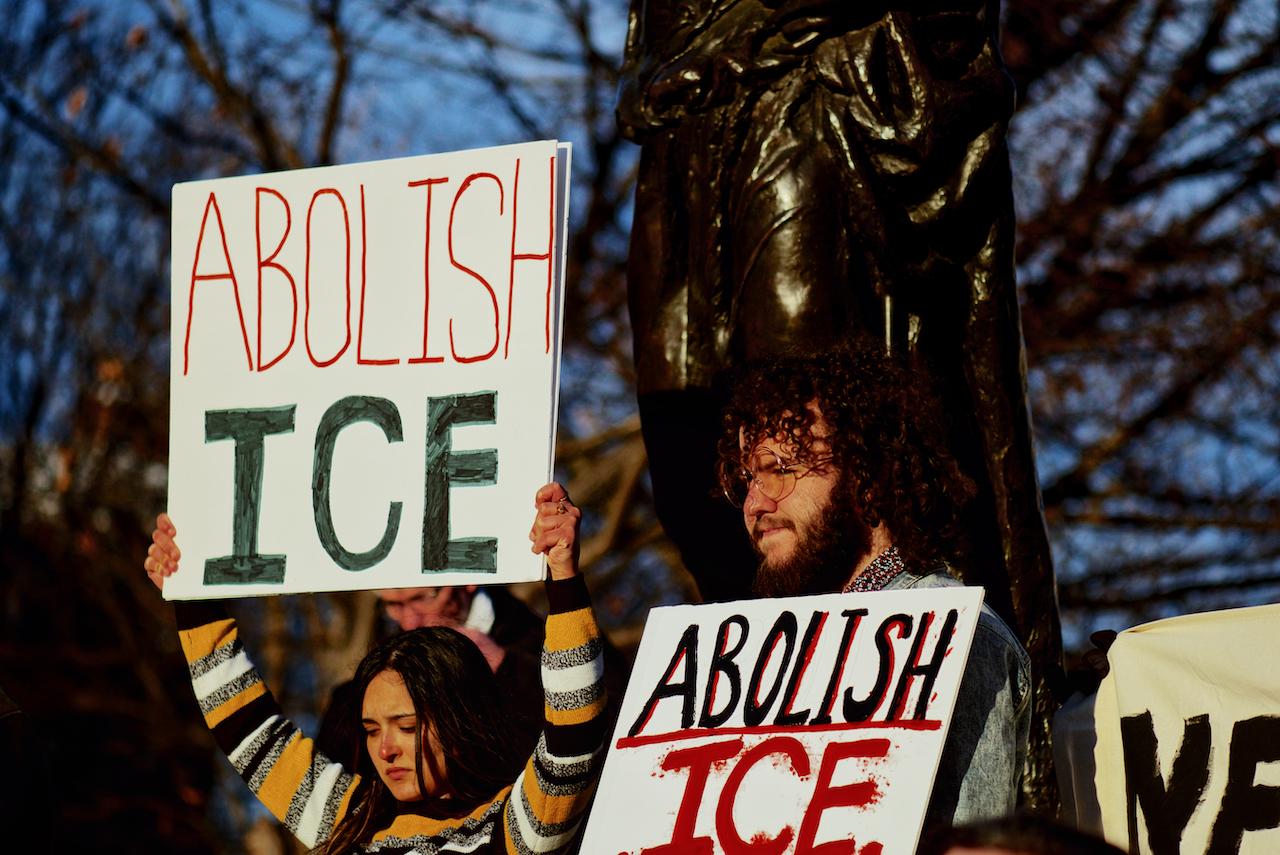 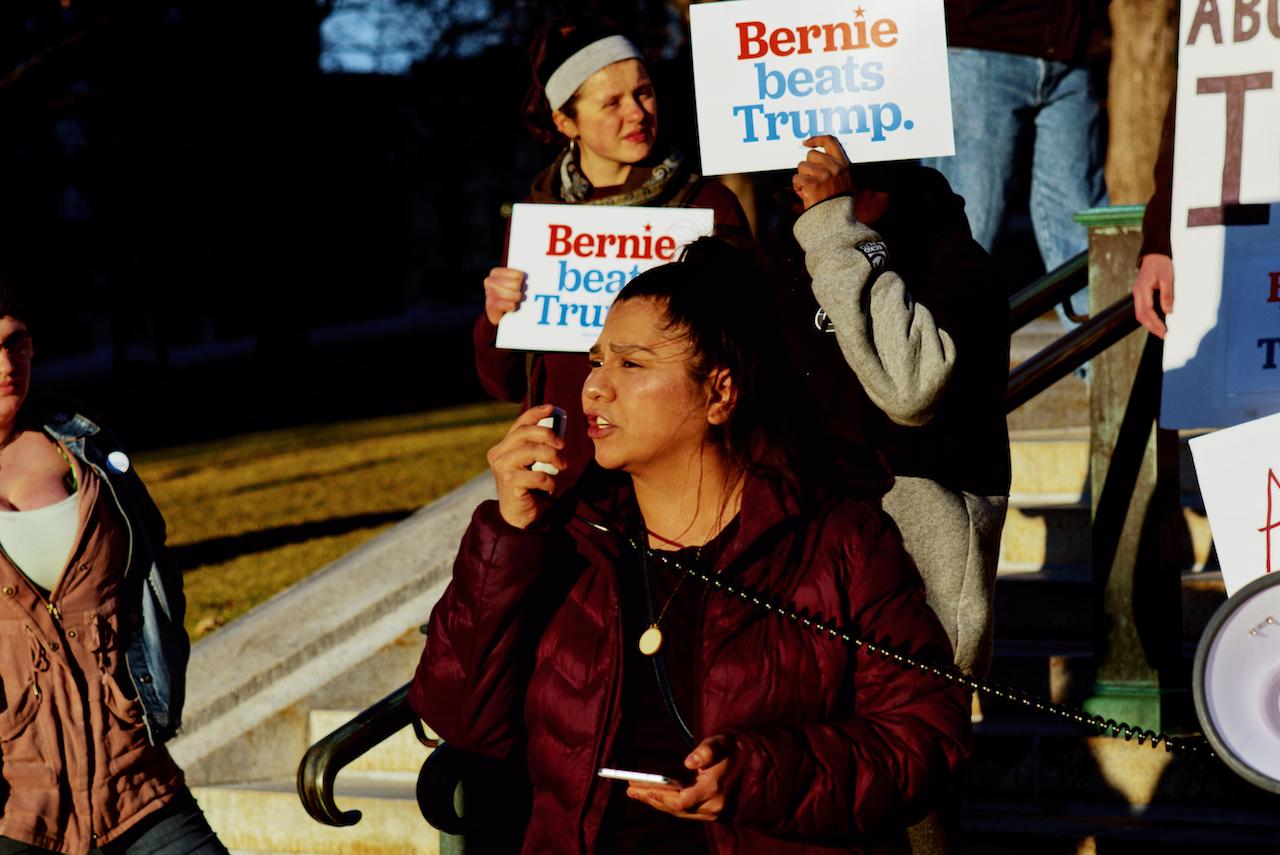 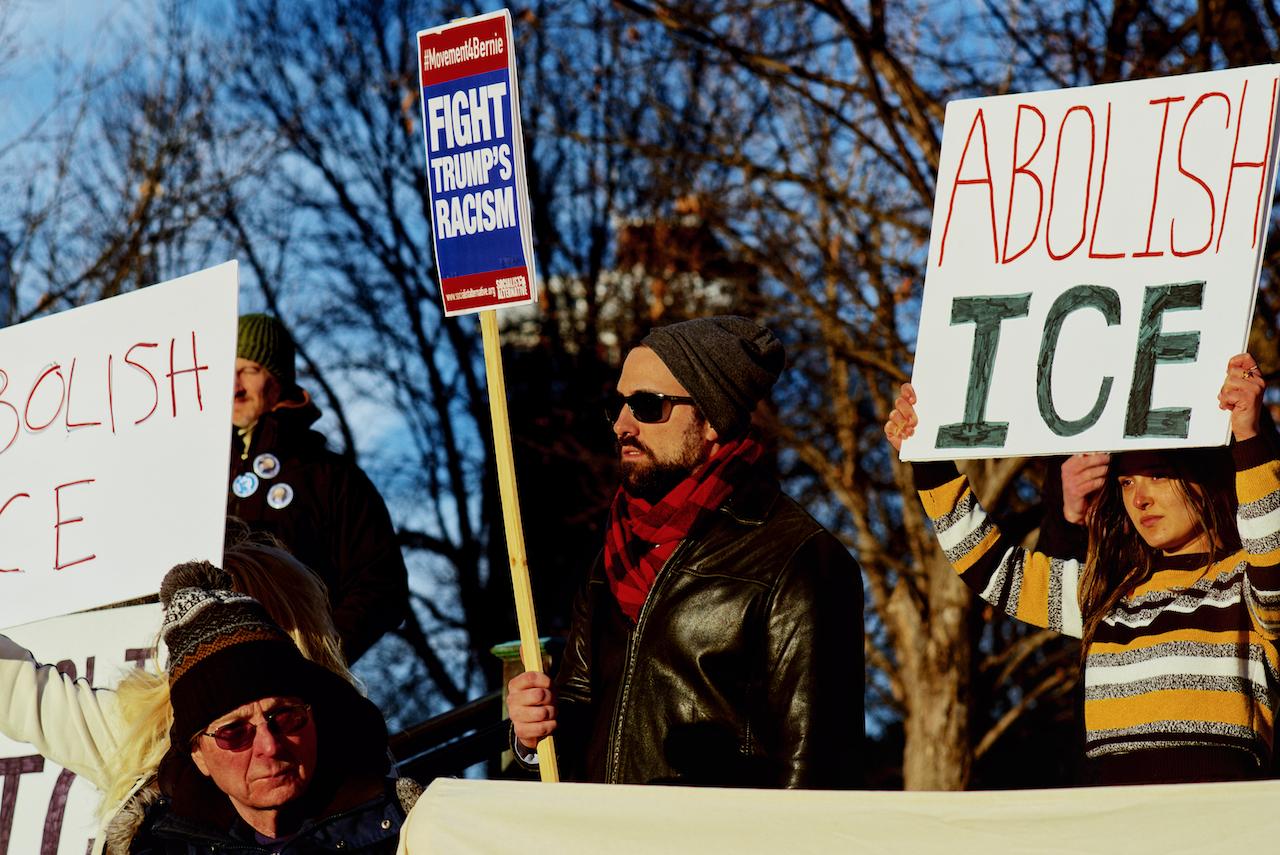 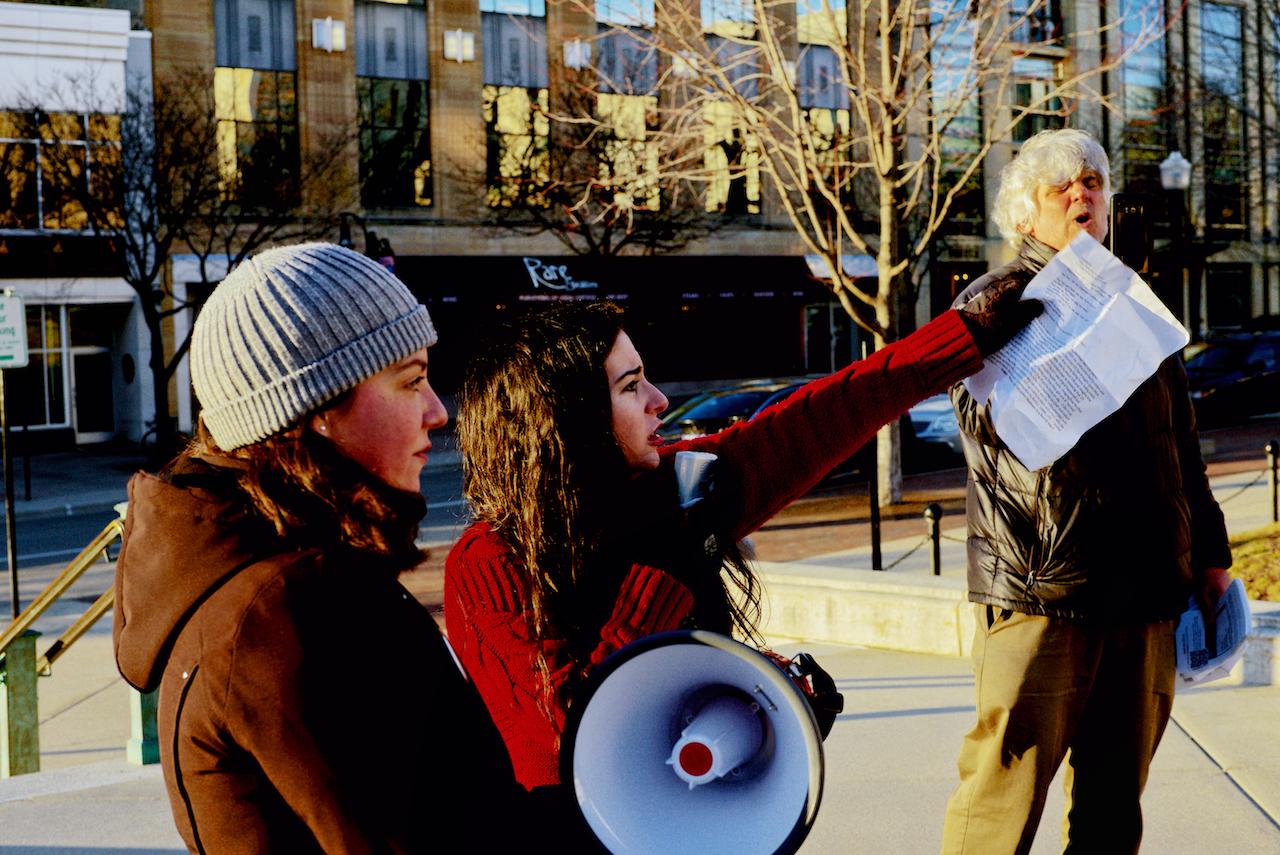 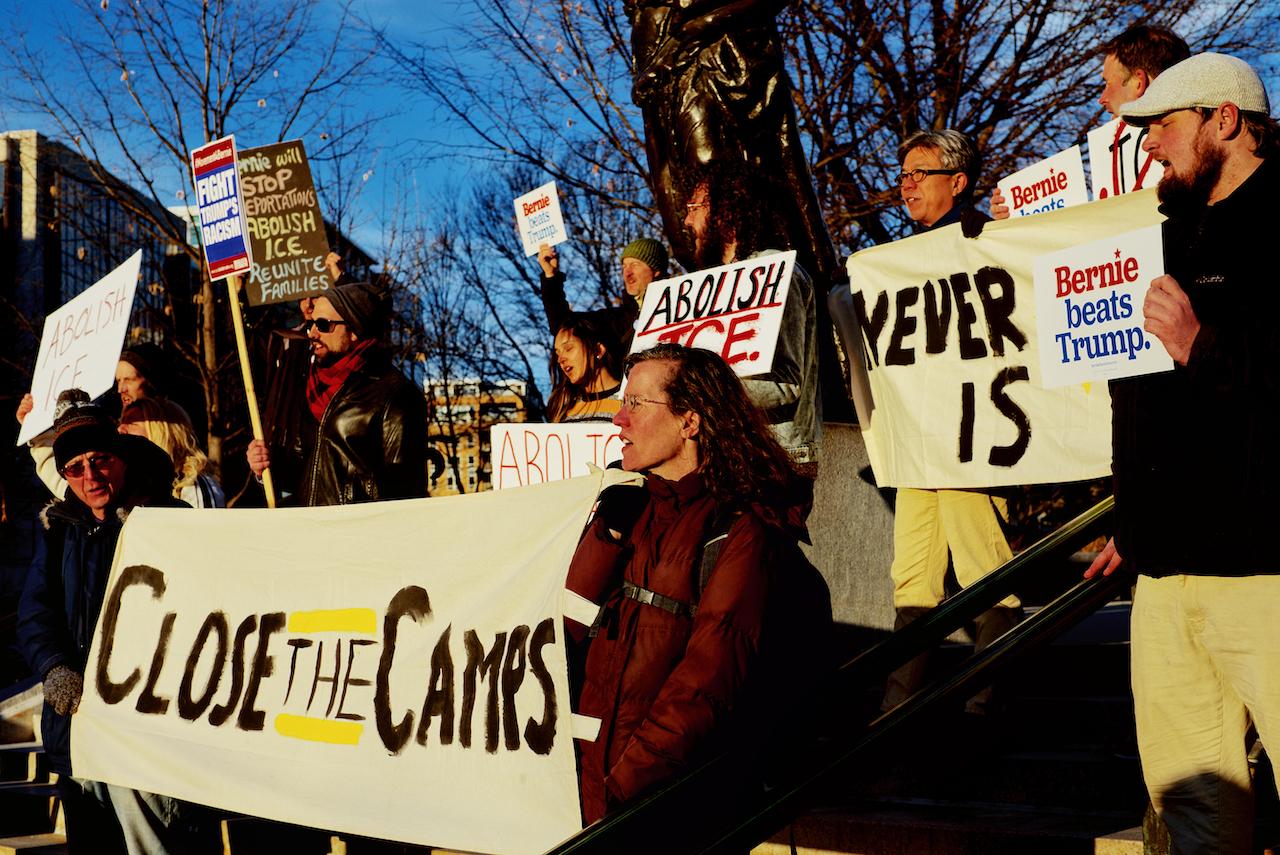 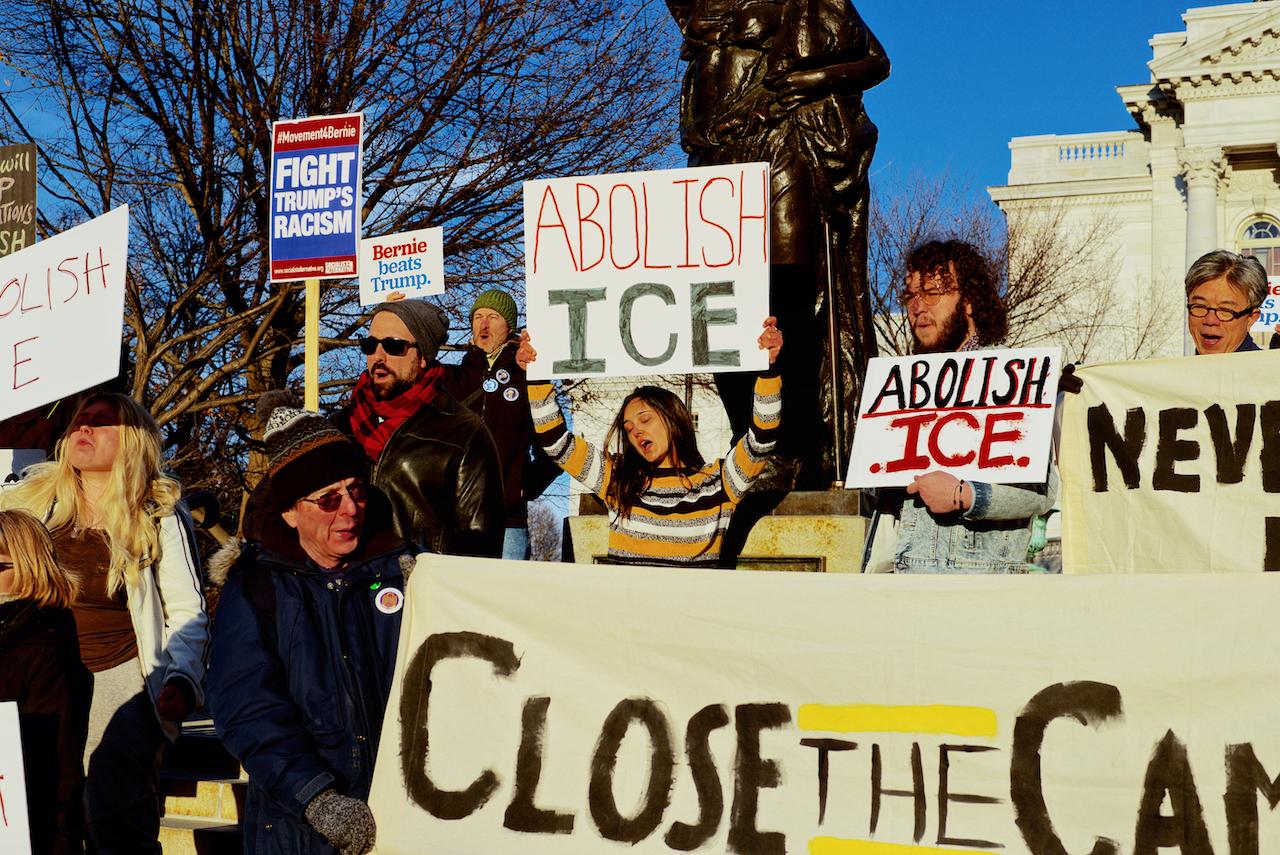 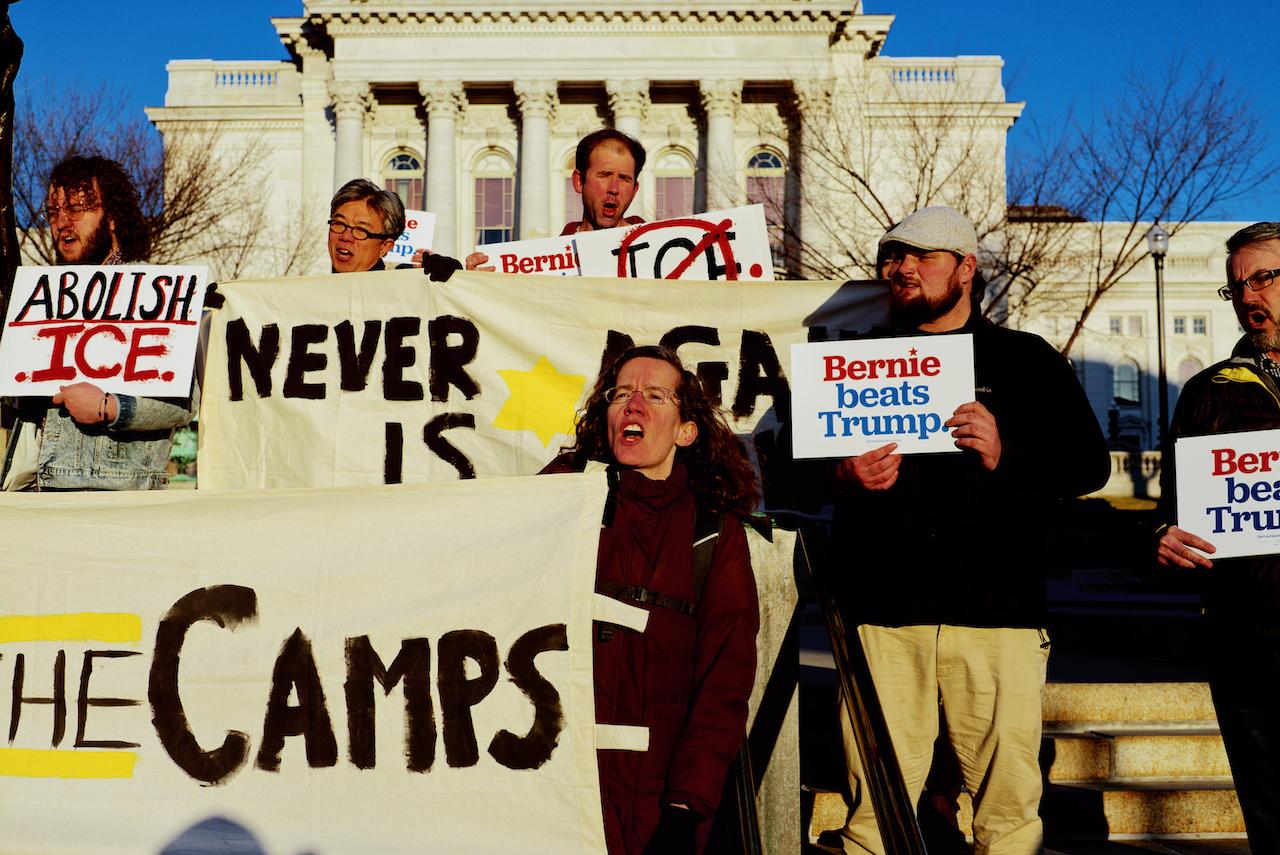 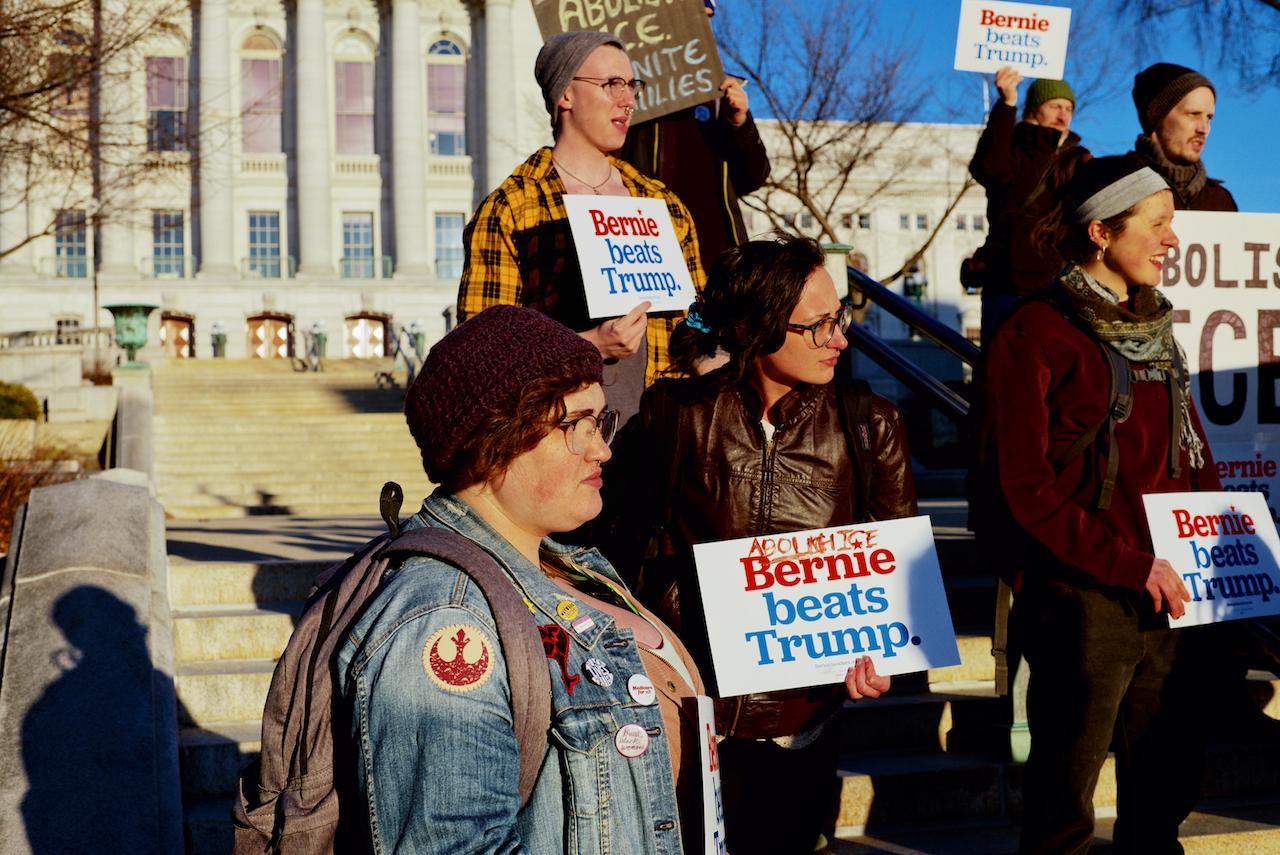 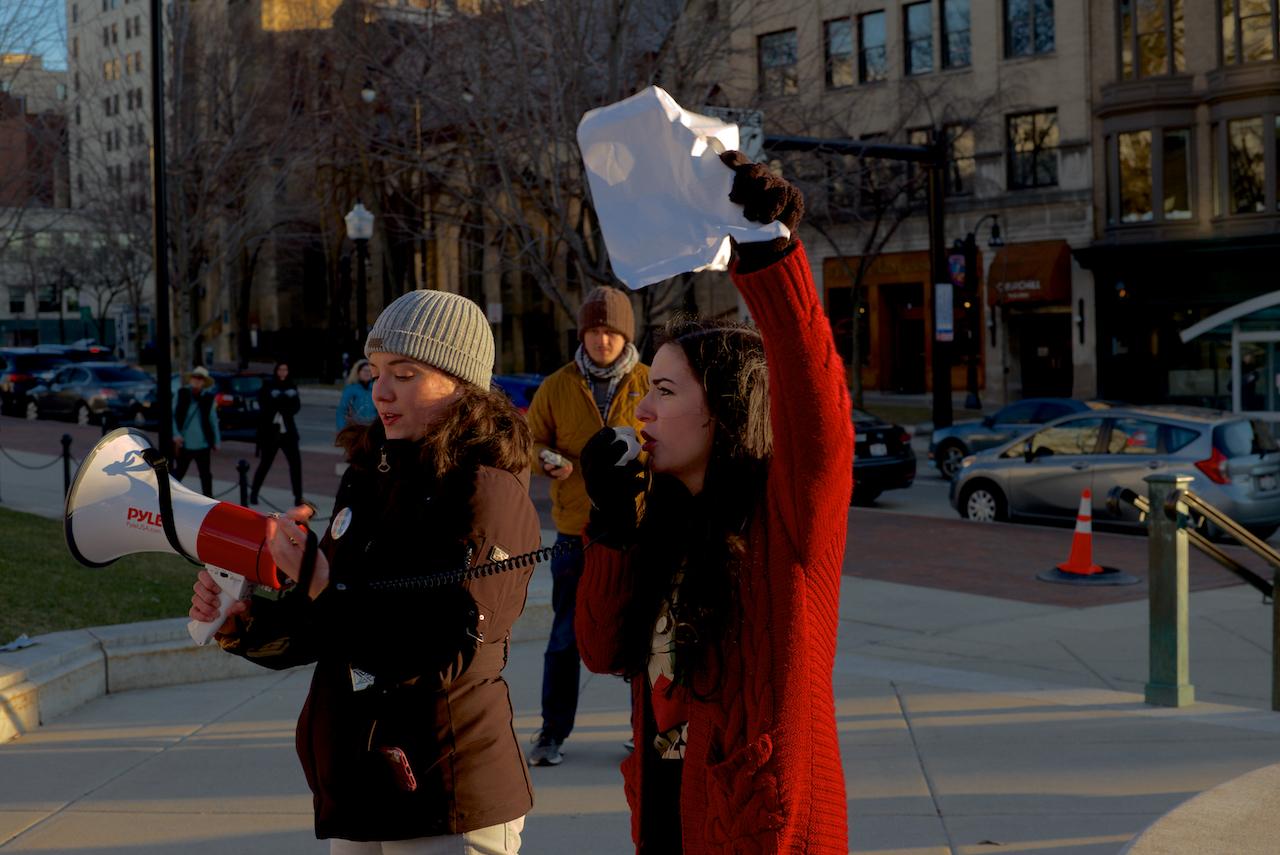 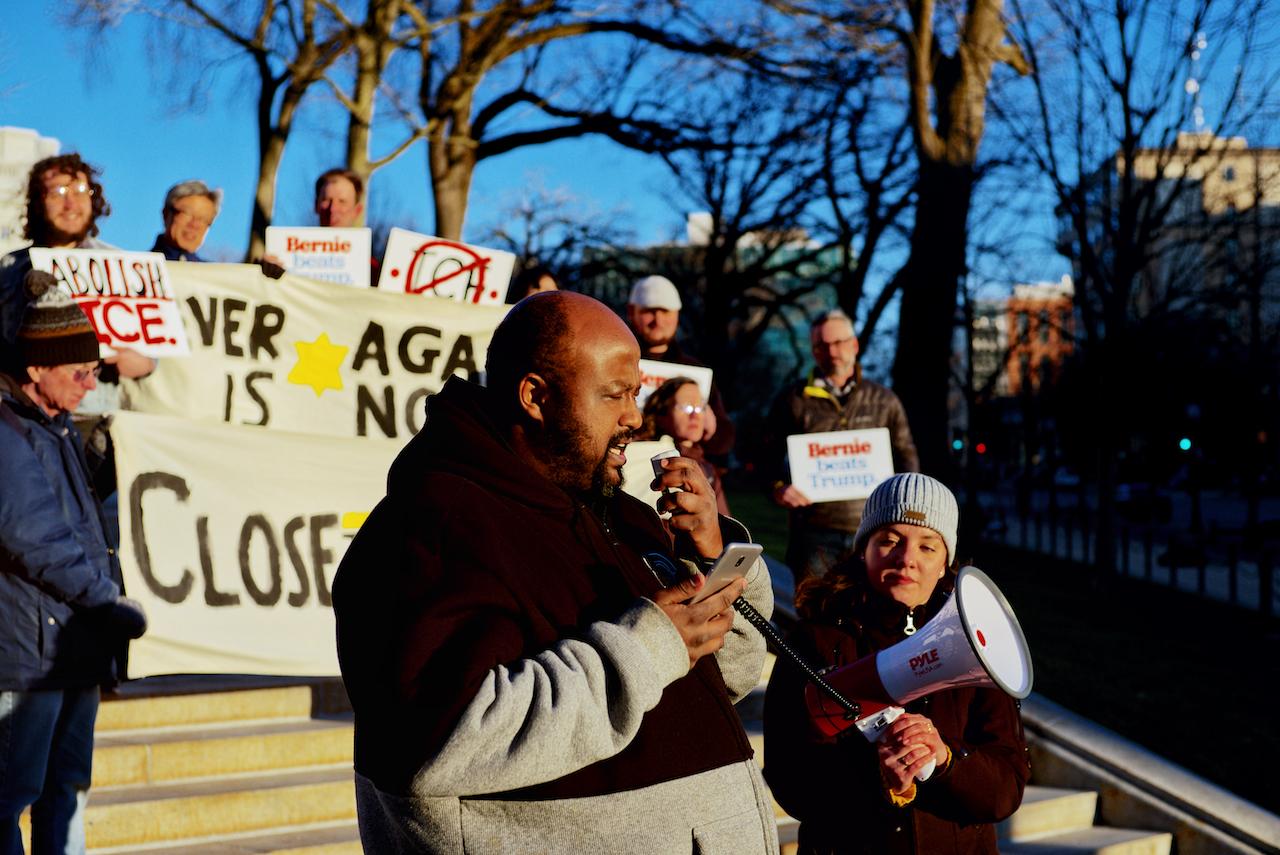 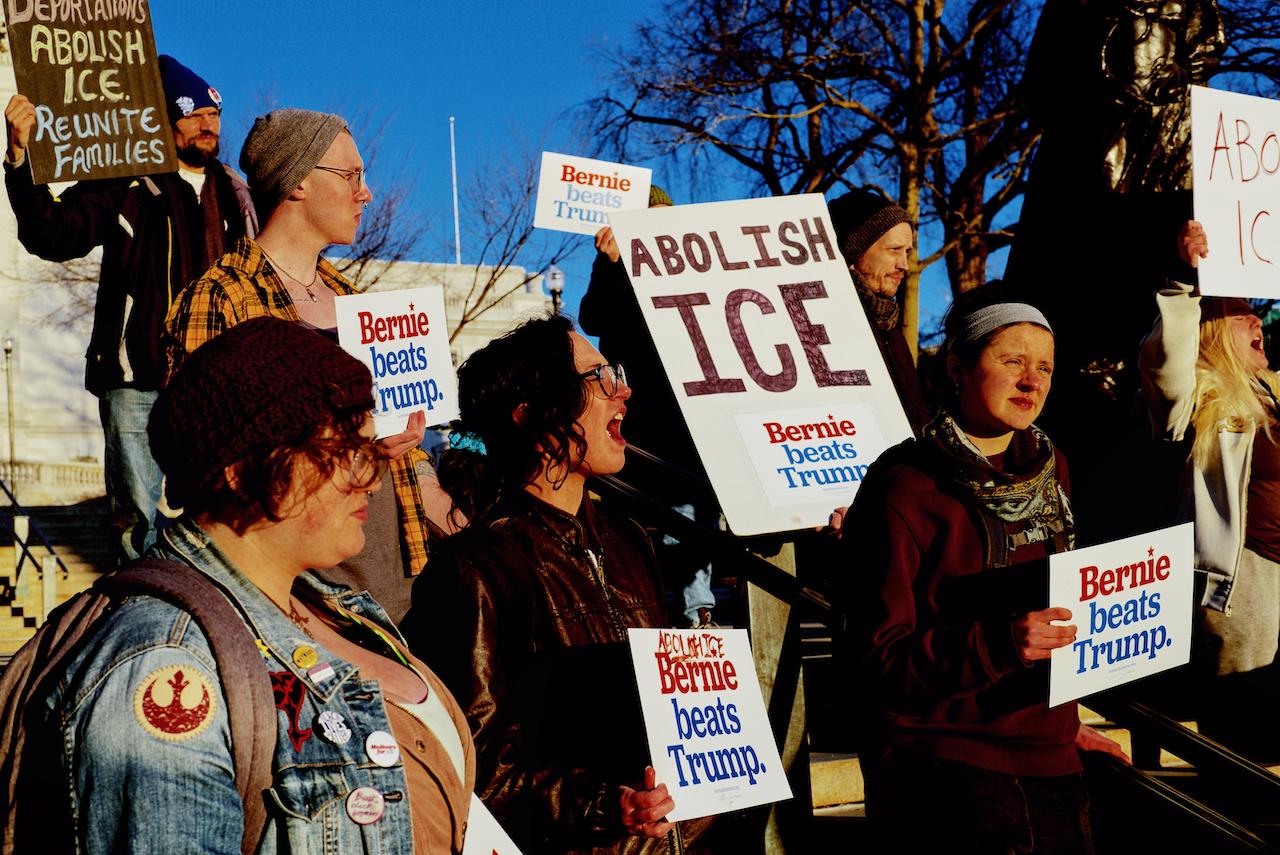 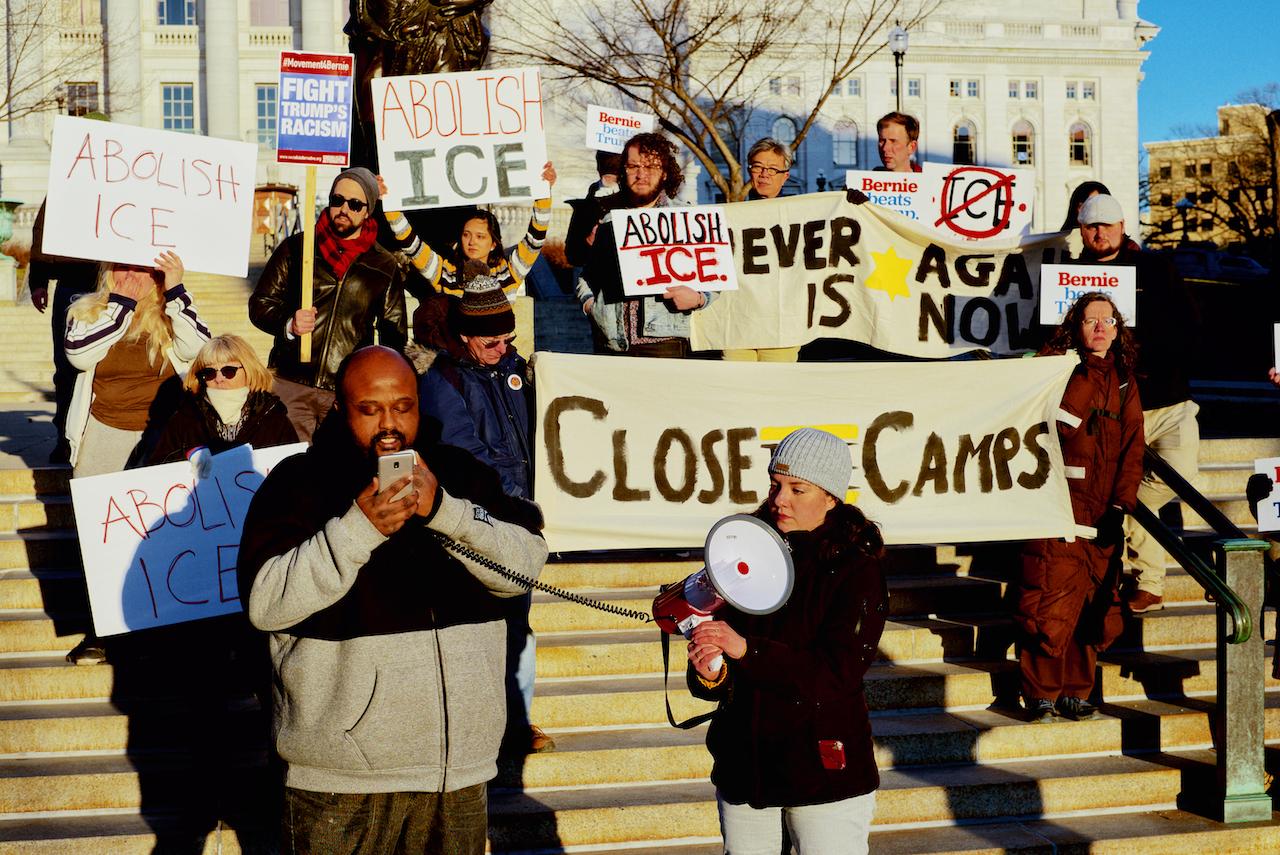 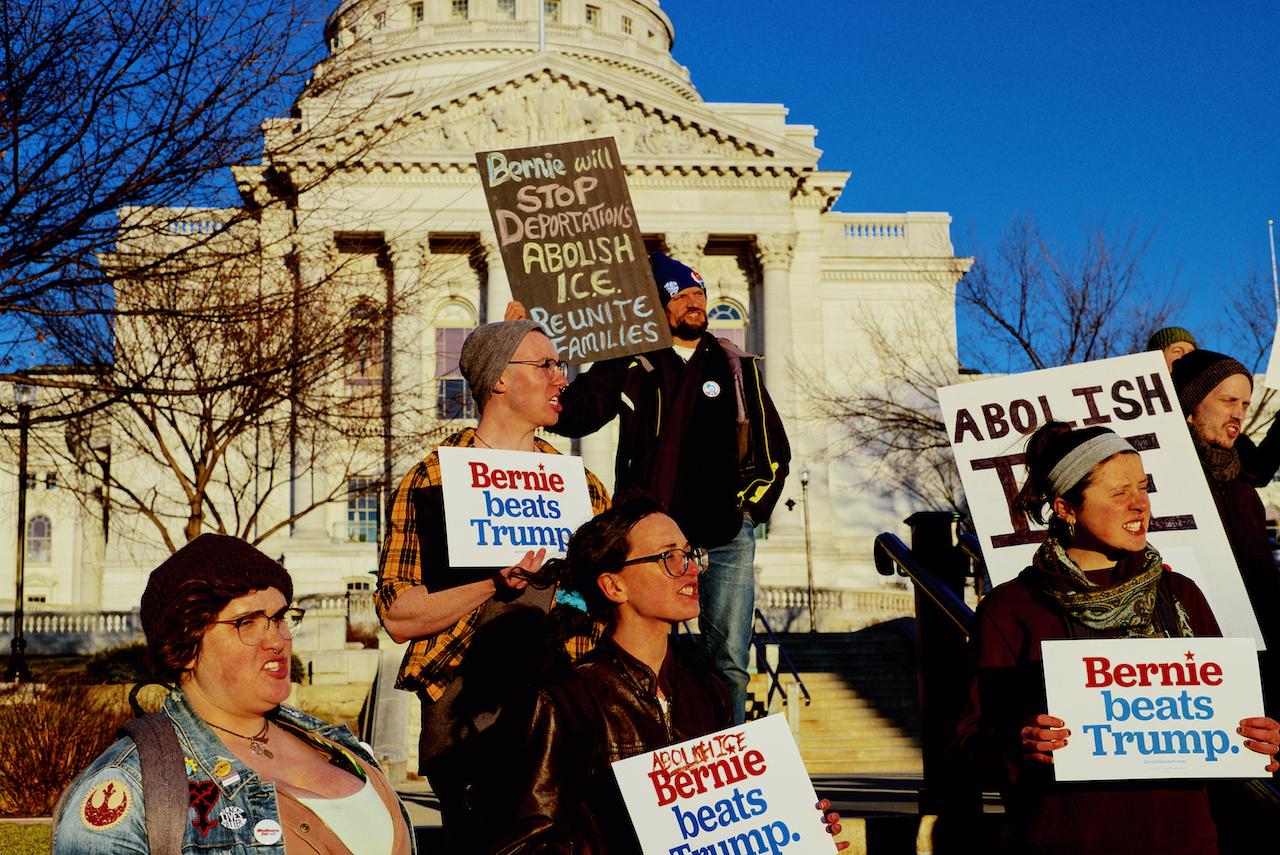 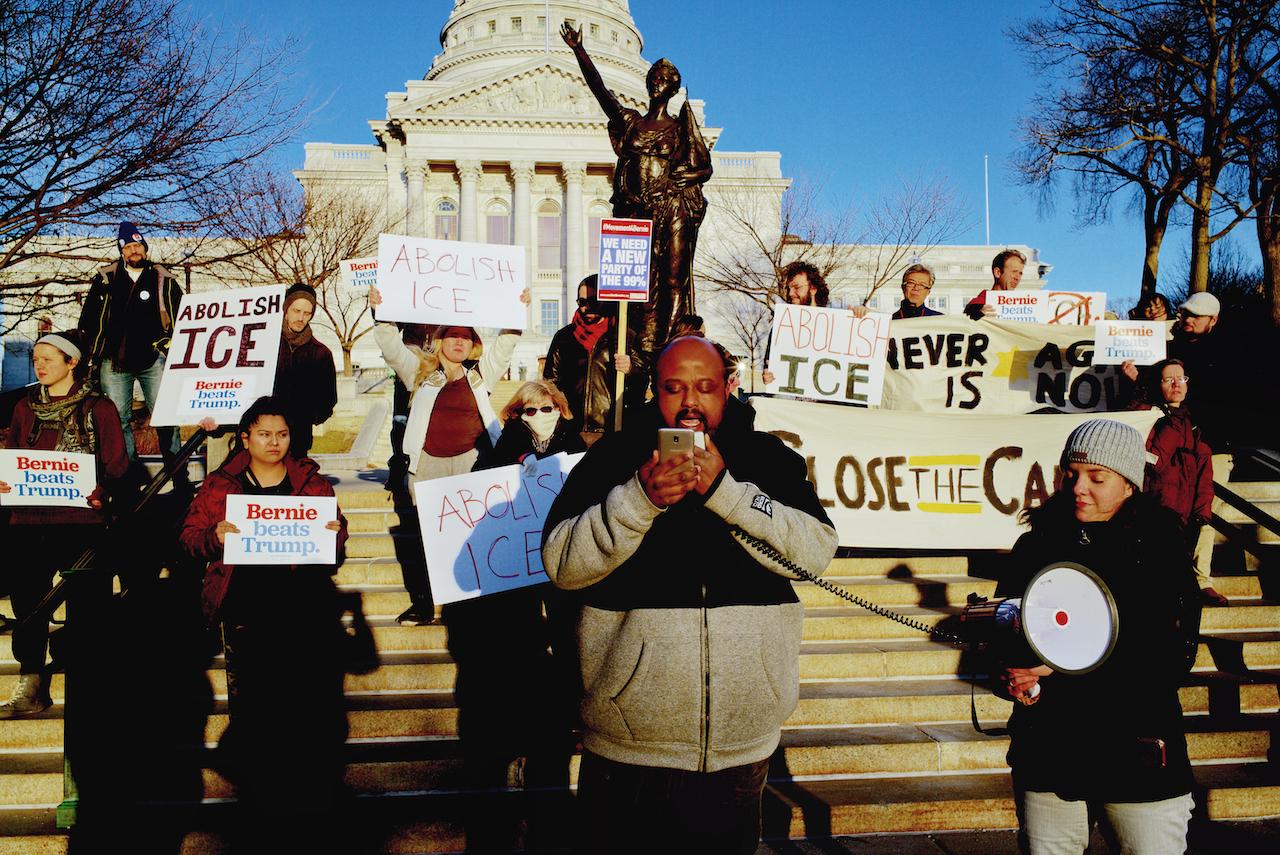 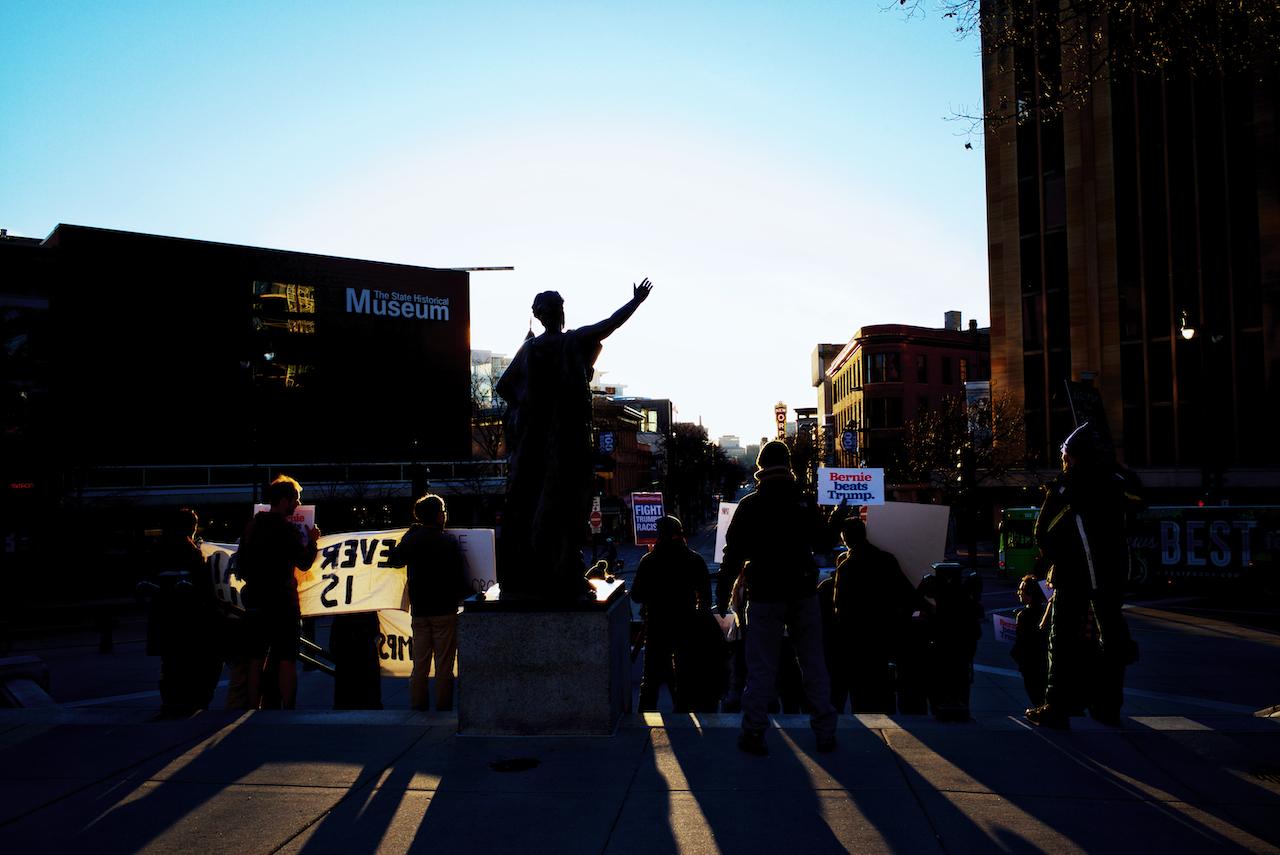 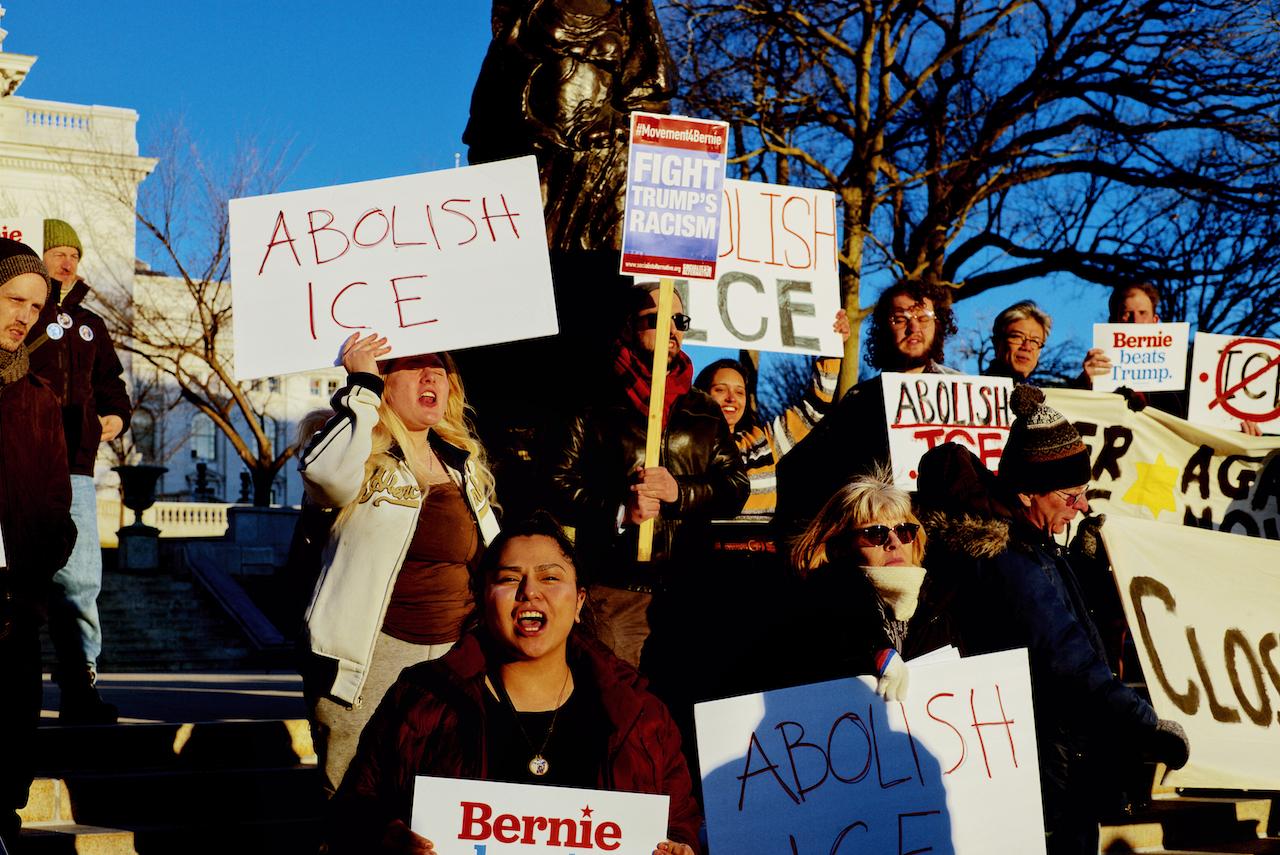 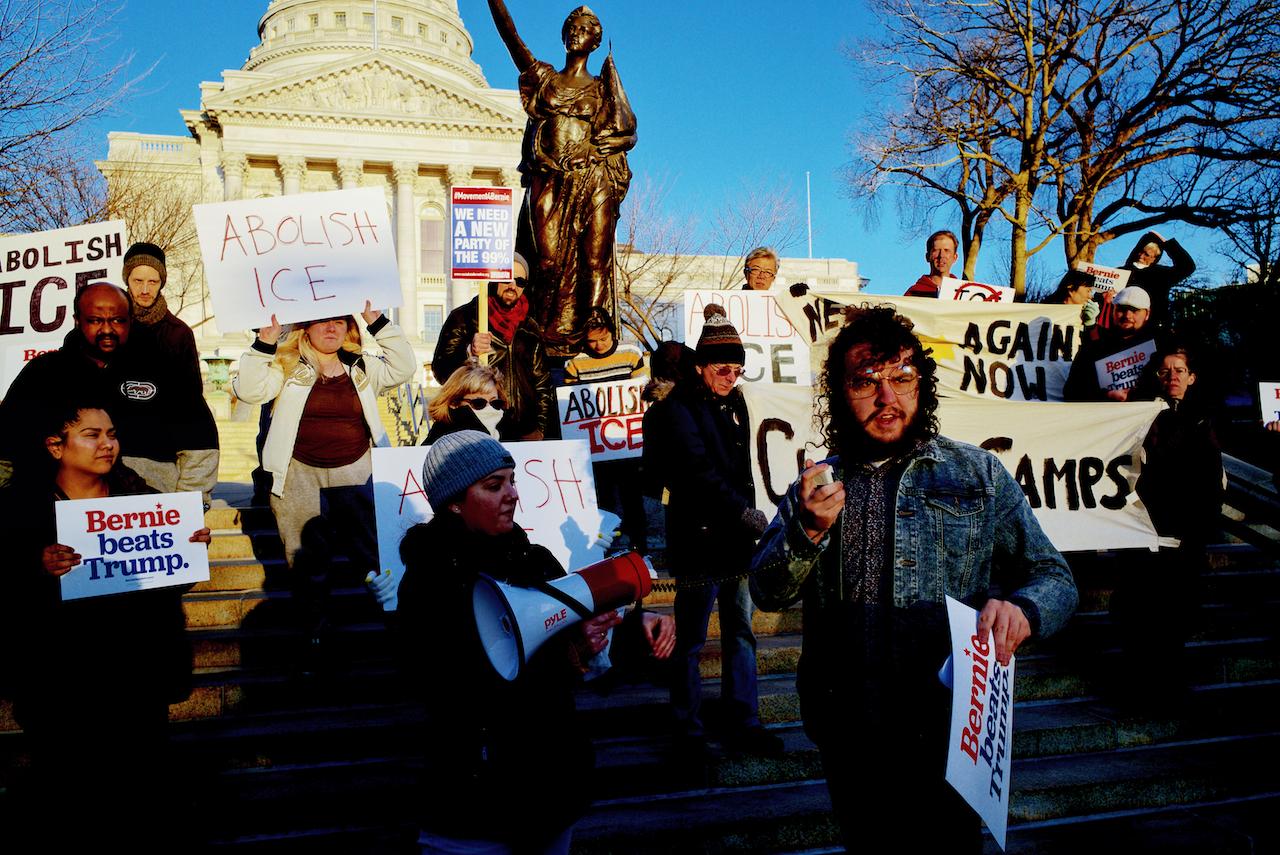 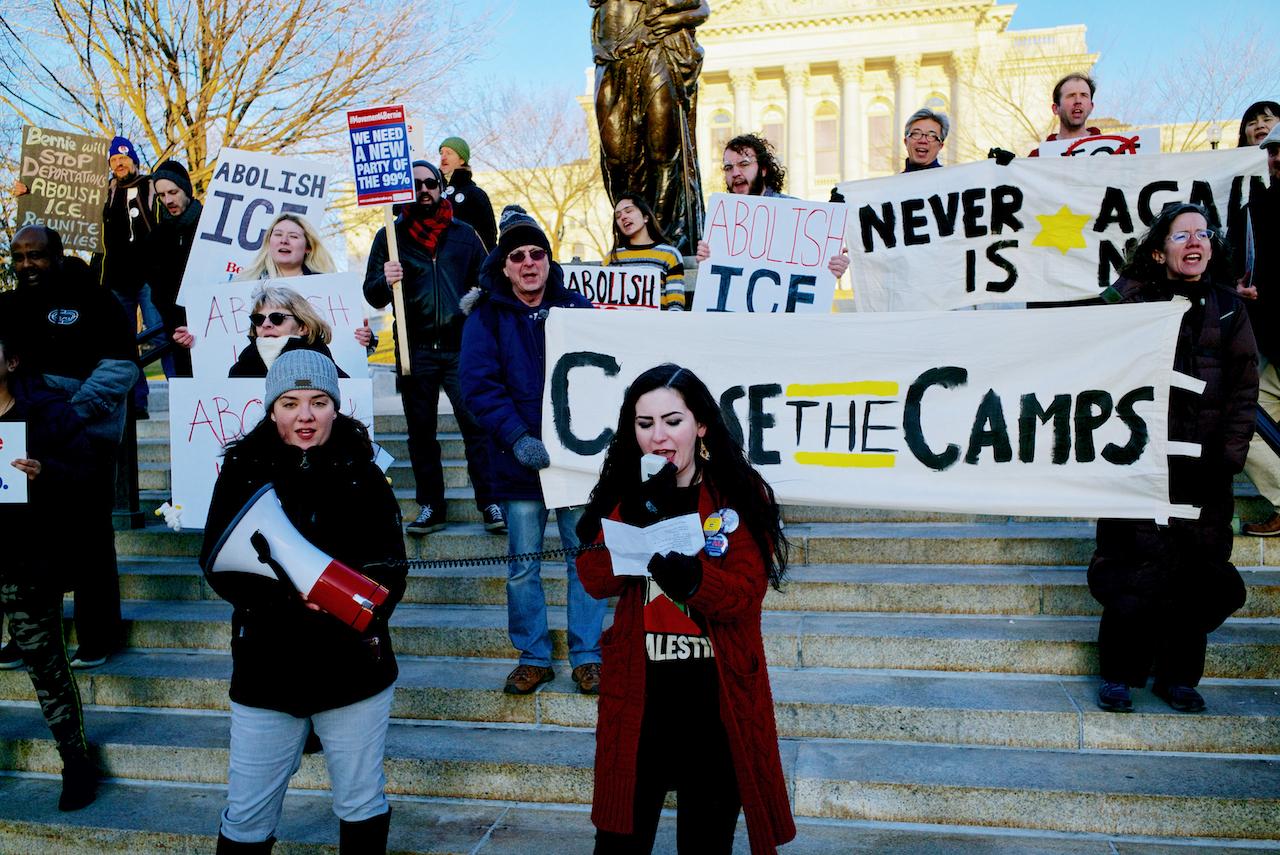 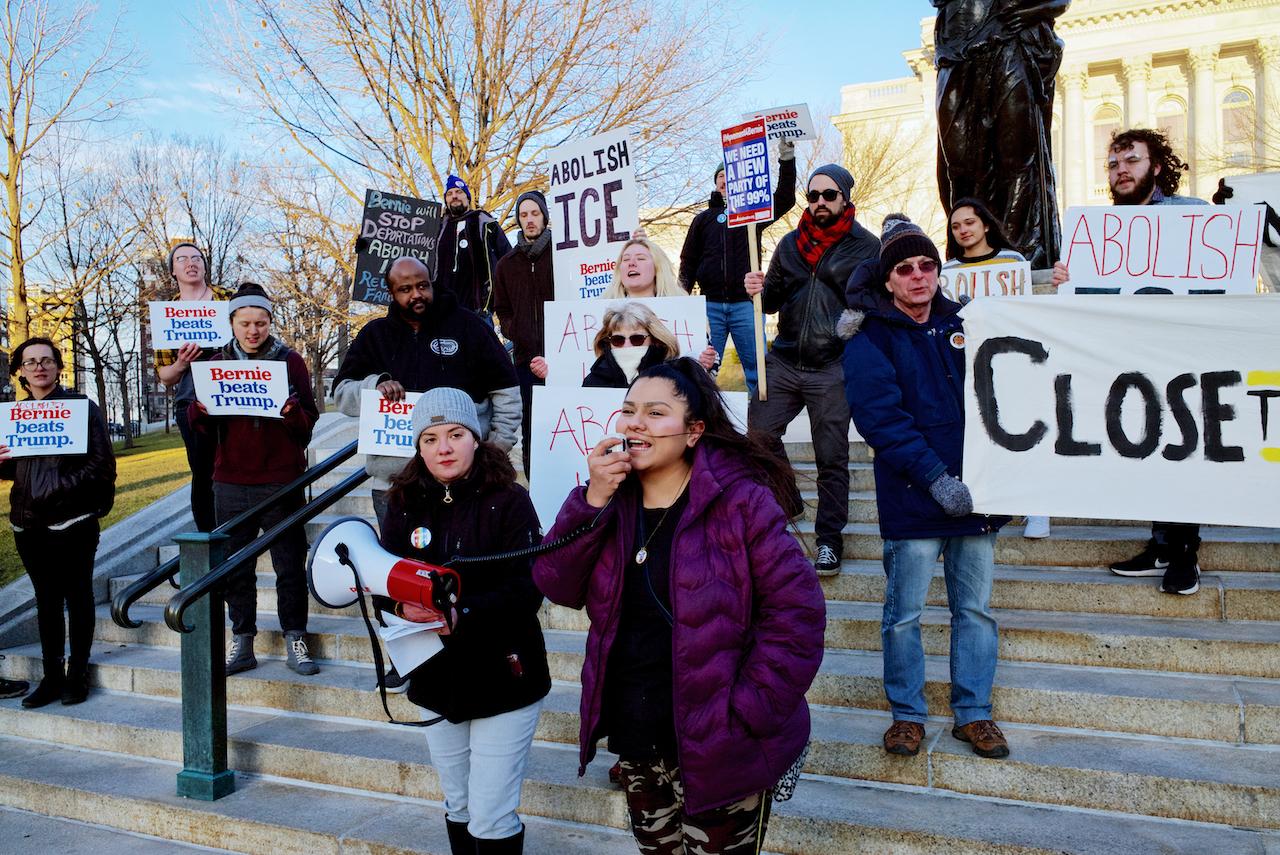 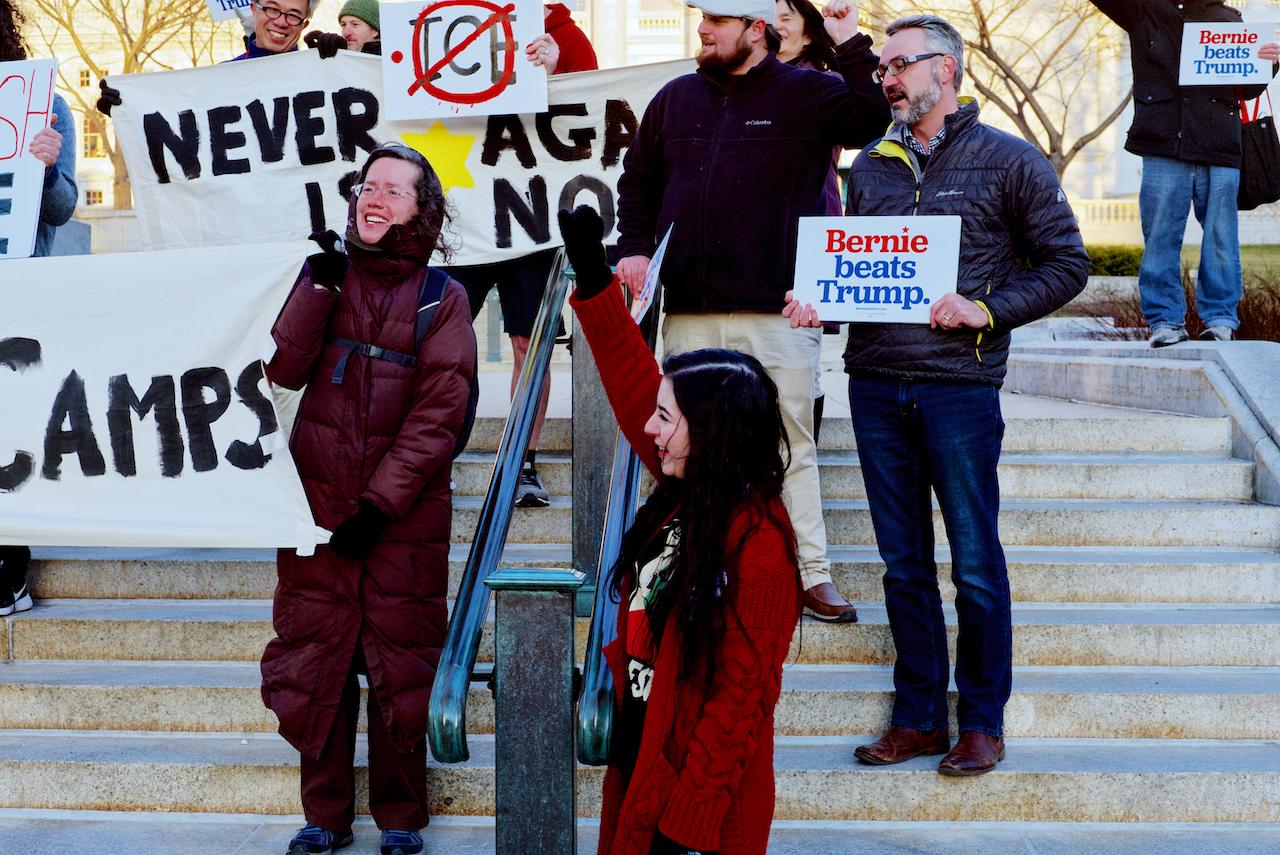 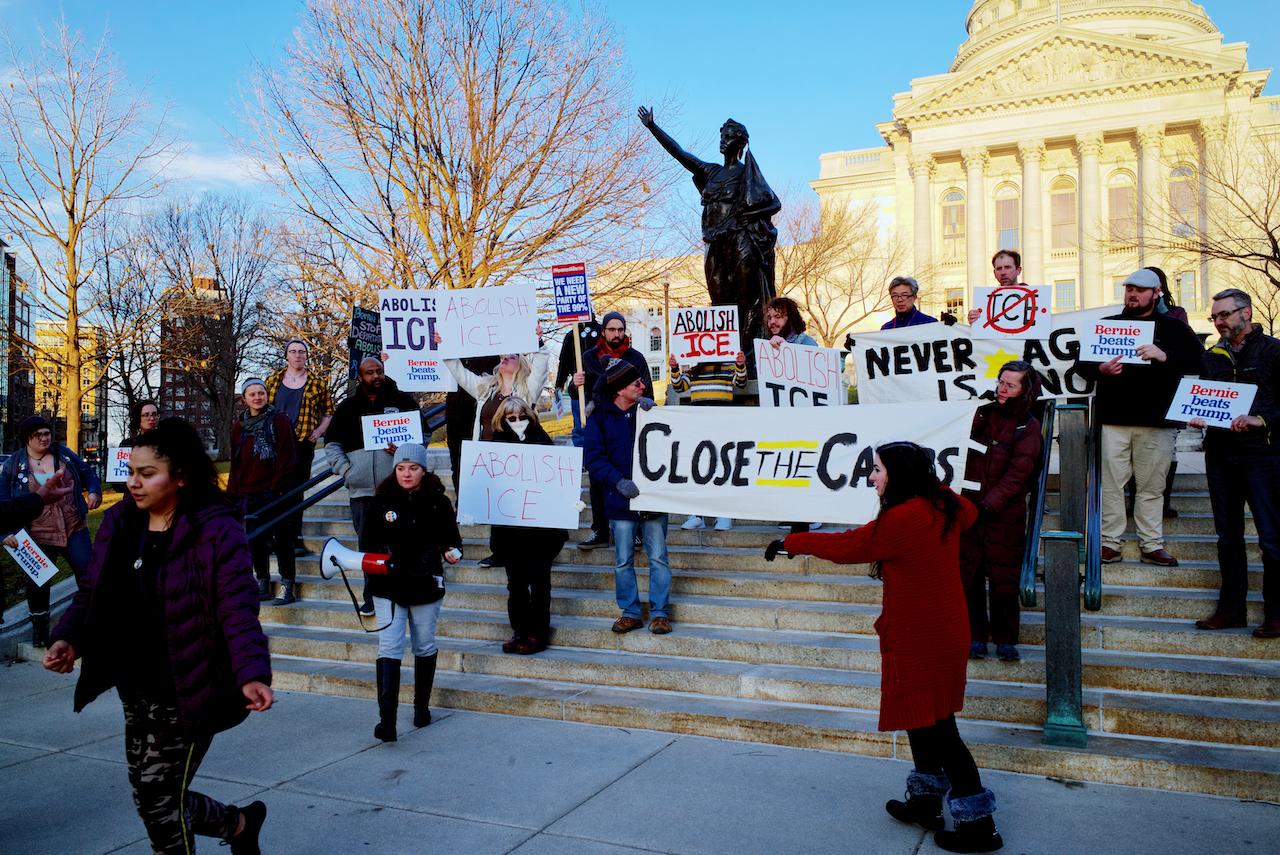 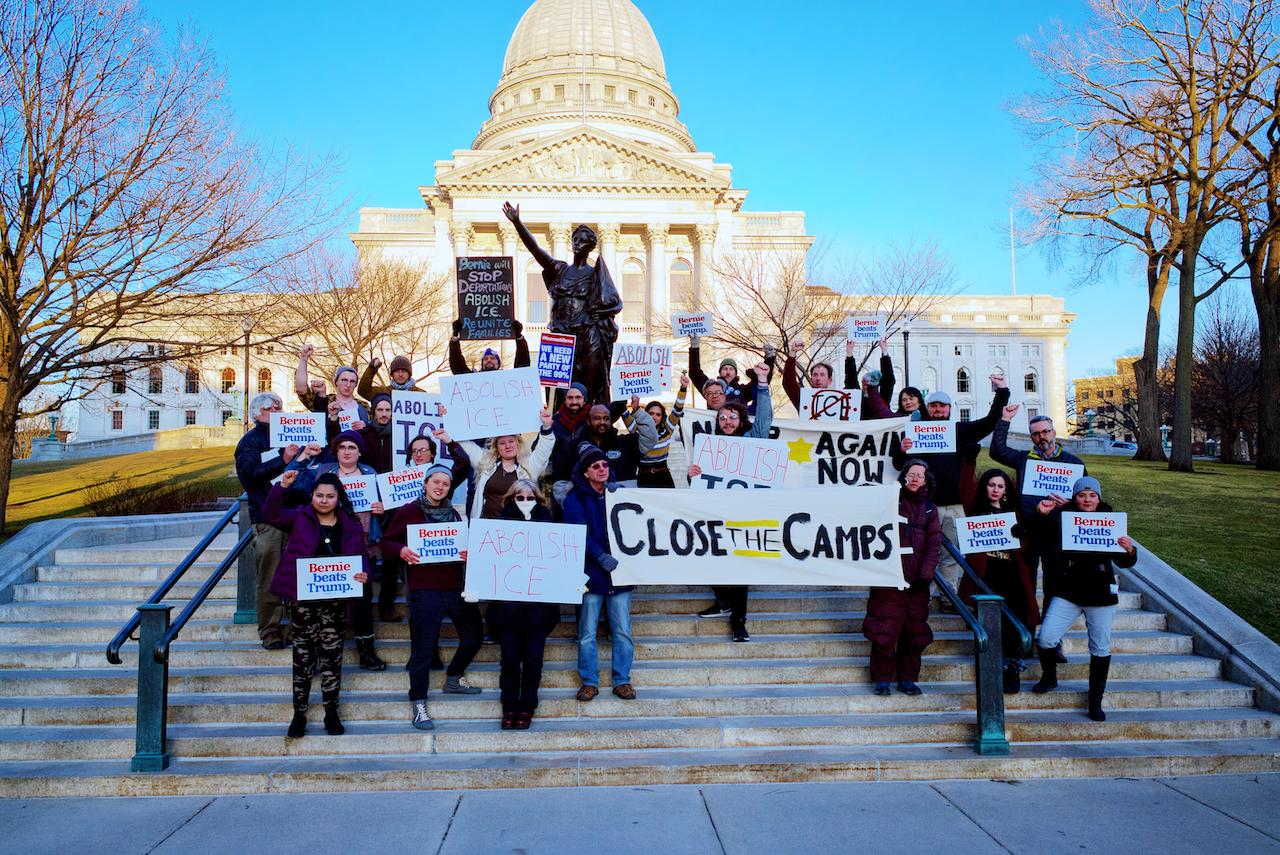 A small but vocal group convened on the Wisconsin State Capital steps to protest against the criminal activities by the government sanctioned agency known as ICE.

The most recent transgression these immoral agents of Trump have committed was against a man in front of his 7-year old daughter as she prepared for school. Here is the statement announcing the event:

"Stand with Our Wisconsin Revolution, Democratic Socialists of America, and Socialist Alternative as we support our comrade, Larissa Joanna, as she fights for the release of her uncle, who was taken by ICE on March 10th, right in front of his 7 year old daughter as he was preparing to take her to school."

This event was hosted by: Wisconsin for Bernie, Democratic Socialists of America - Madison, Madison Socialist Alternative, and Our Wisconsin Revolution.