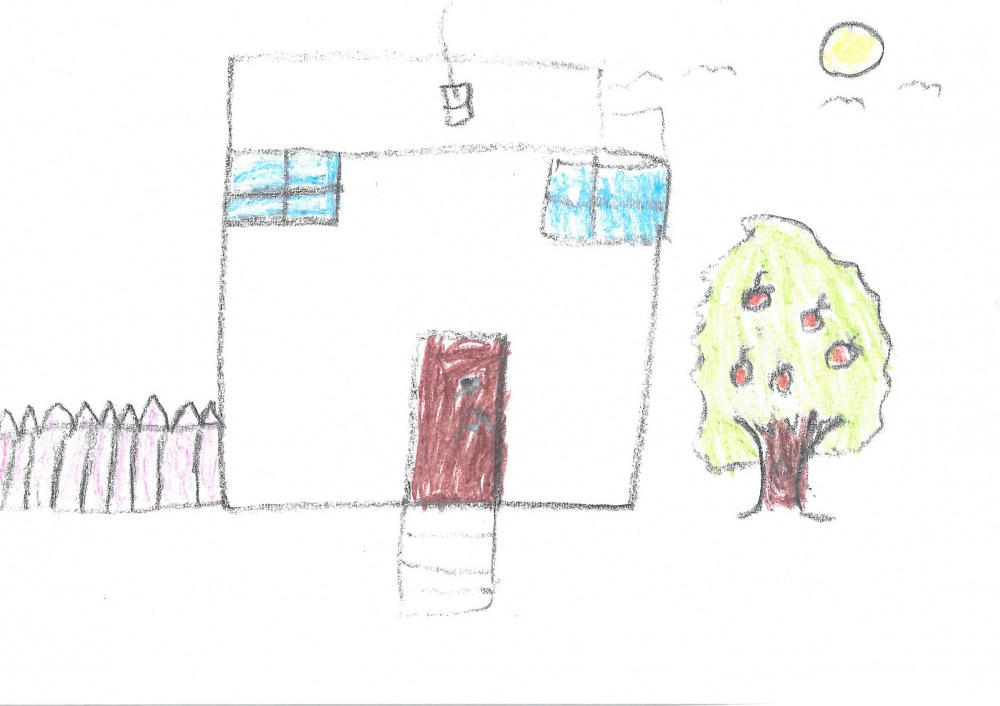 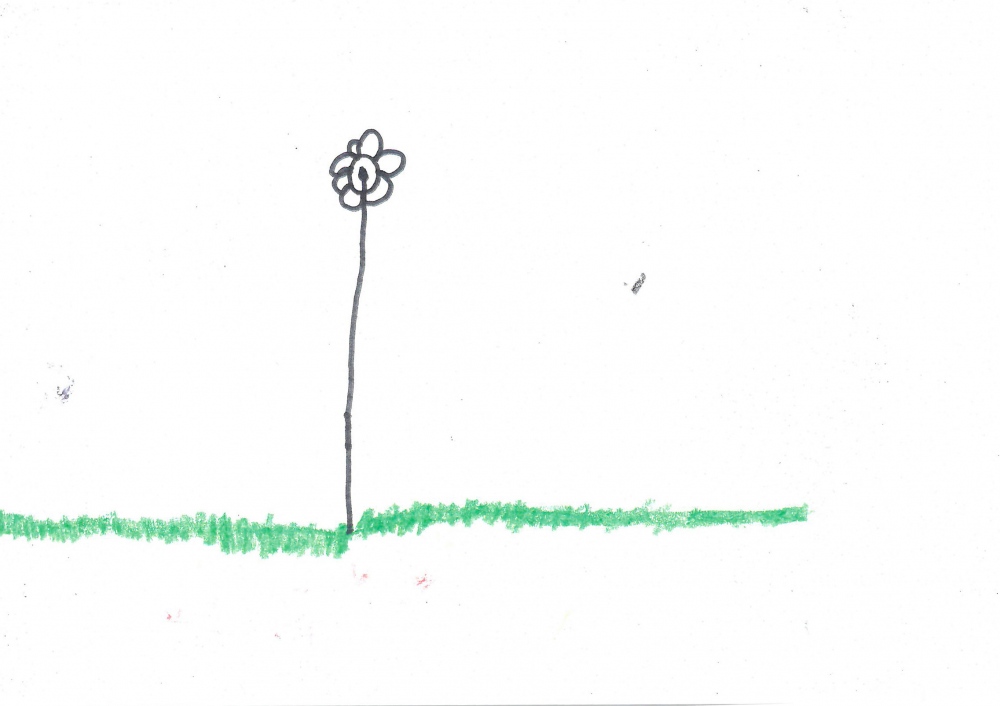 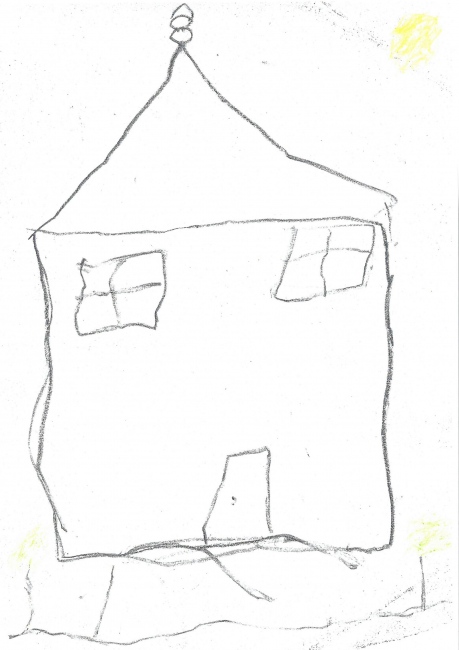 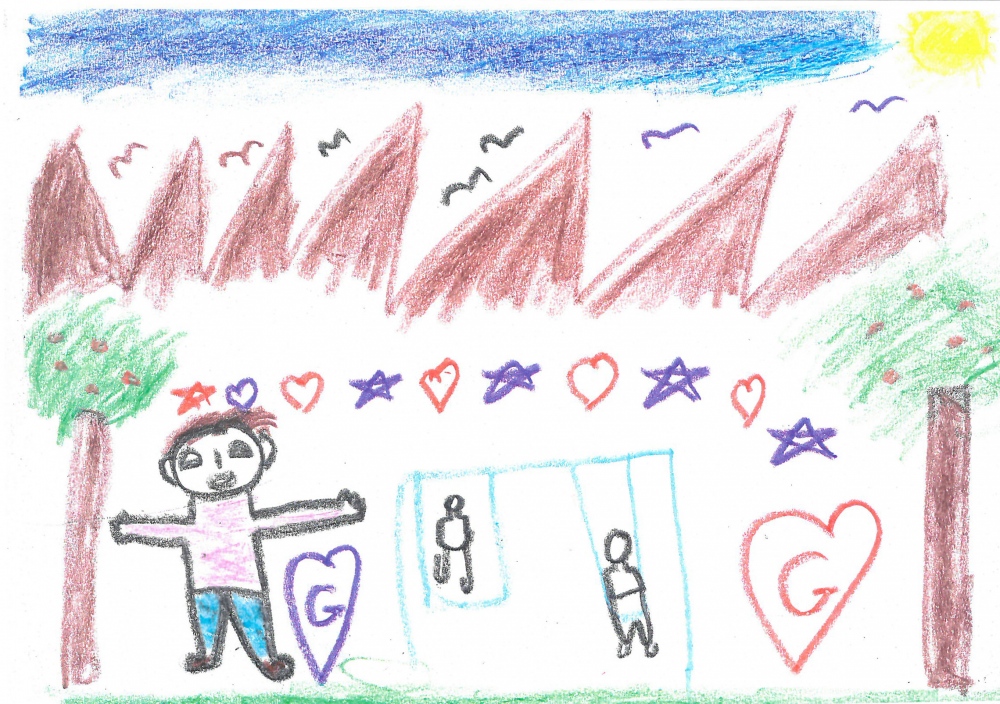 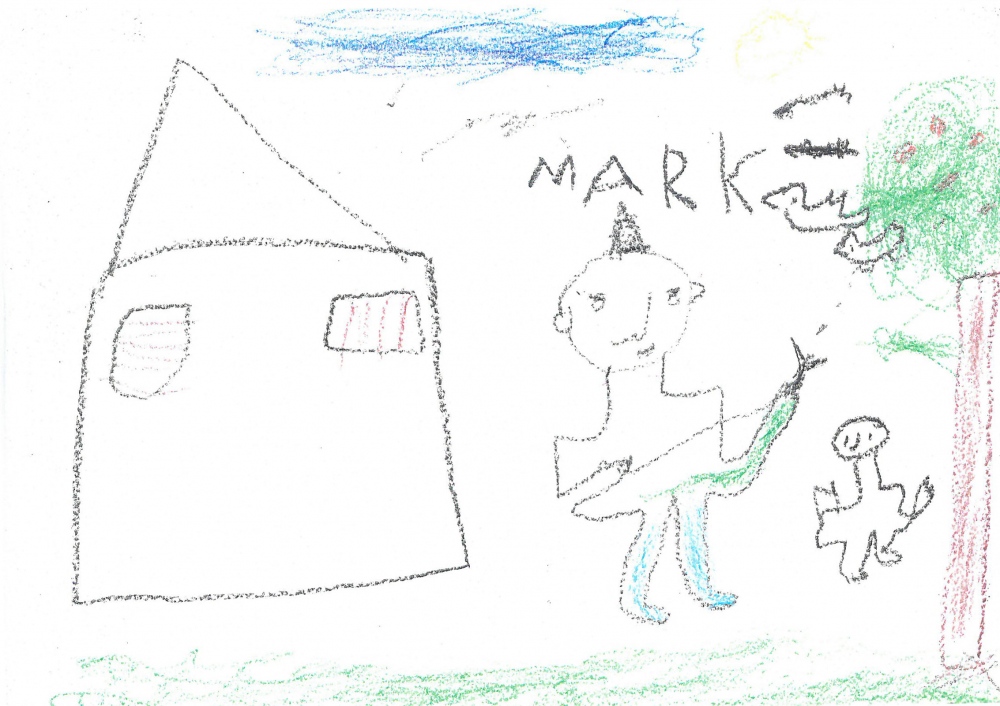 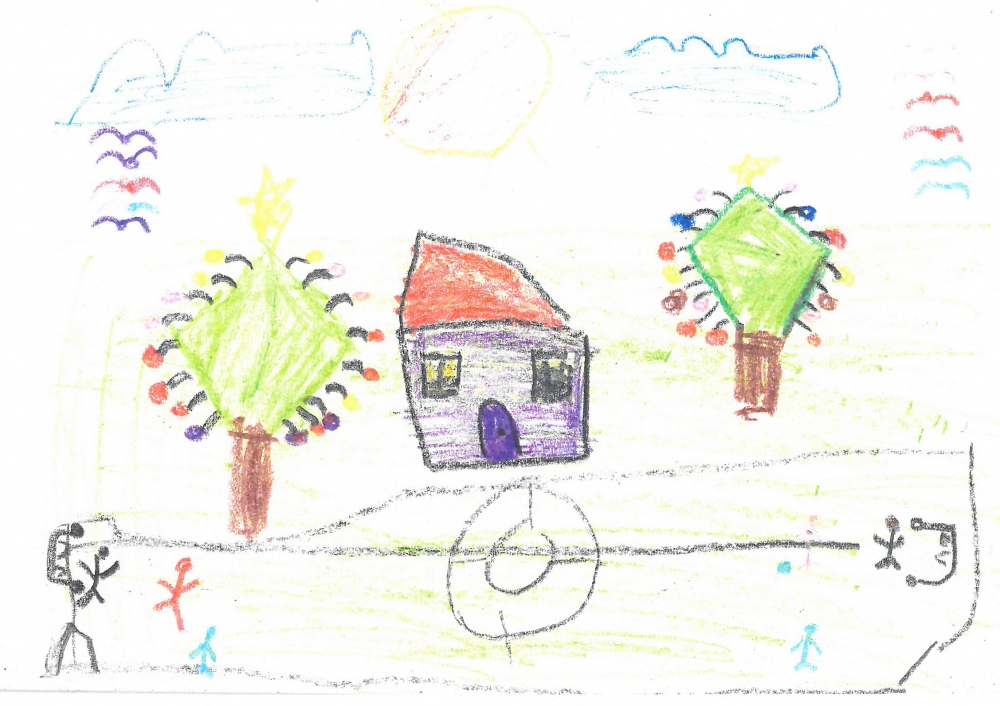 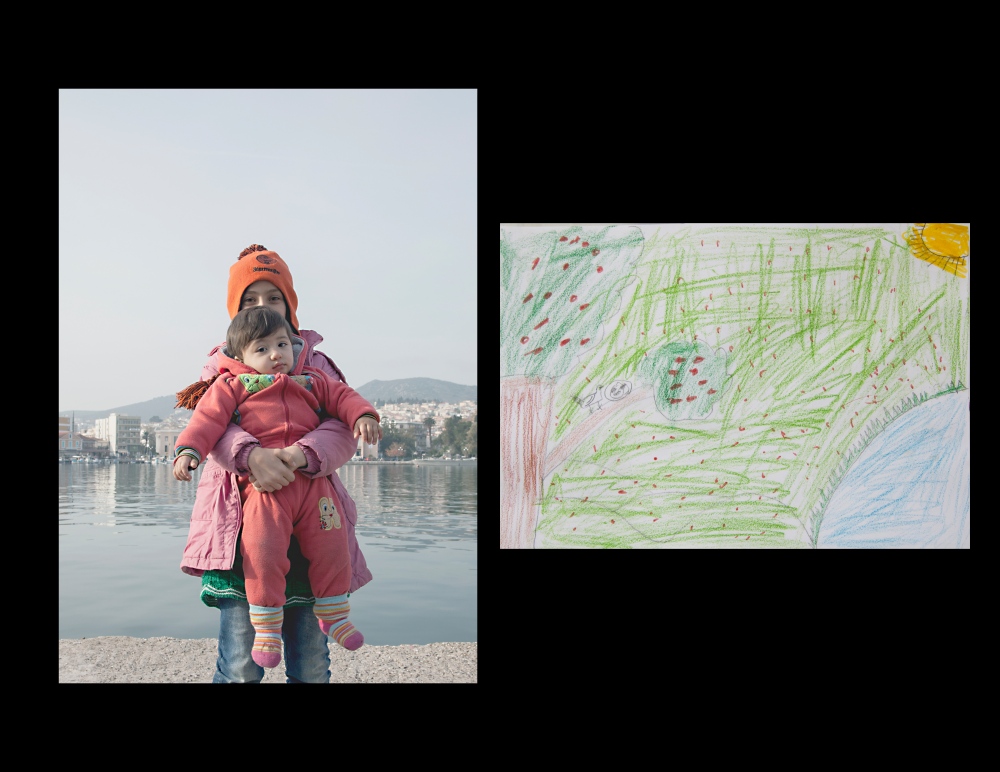 And Her Name Mother of Exile (I, II, III), (2015, 2016)  is a triptych project that focuses on documenting the refugees who reached the island of Mytilene in Greece.

The title is a reference to the Emma Lazarus sonnet "The New Colossus" which was intended as a tribute to the Statue of Liberty in 1883.

The statistics on the number of refugees fleeing show that a surprising percentage of the 2,000 arrivals per day are minors. This large number of children traveling with their parents, or, even by themselves, are risking their lives to reclaim something that should be their birthright: to have a normal life.

Inspired by the House Tree Person (HTP) test, a projective test designed to measure aspects of a person's personality. The children were asked to draw their homes and families on a piece of paper with any color they preferred. The drawings are a form of art that reconnects the children with a child friendly habitat where they can convey their unmediated thoughts, feelings and emotions on a piece of paper.

And Her Name Mother of Exile III (Arrivals) is the Last part of the triptych series, it consists of images of refugees at the very moment of their arrival on the island intertwined with images of refugees, volunteers, locals and the Mayor of Lesvos

It is an attempt to familiarize the spectator with what a day looks like at the refugee camps in Lesvos and how many people are needed to manage the iceberg's tip of this humanitarian crisis.

A History of Topography II