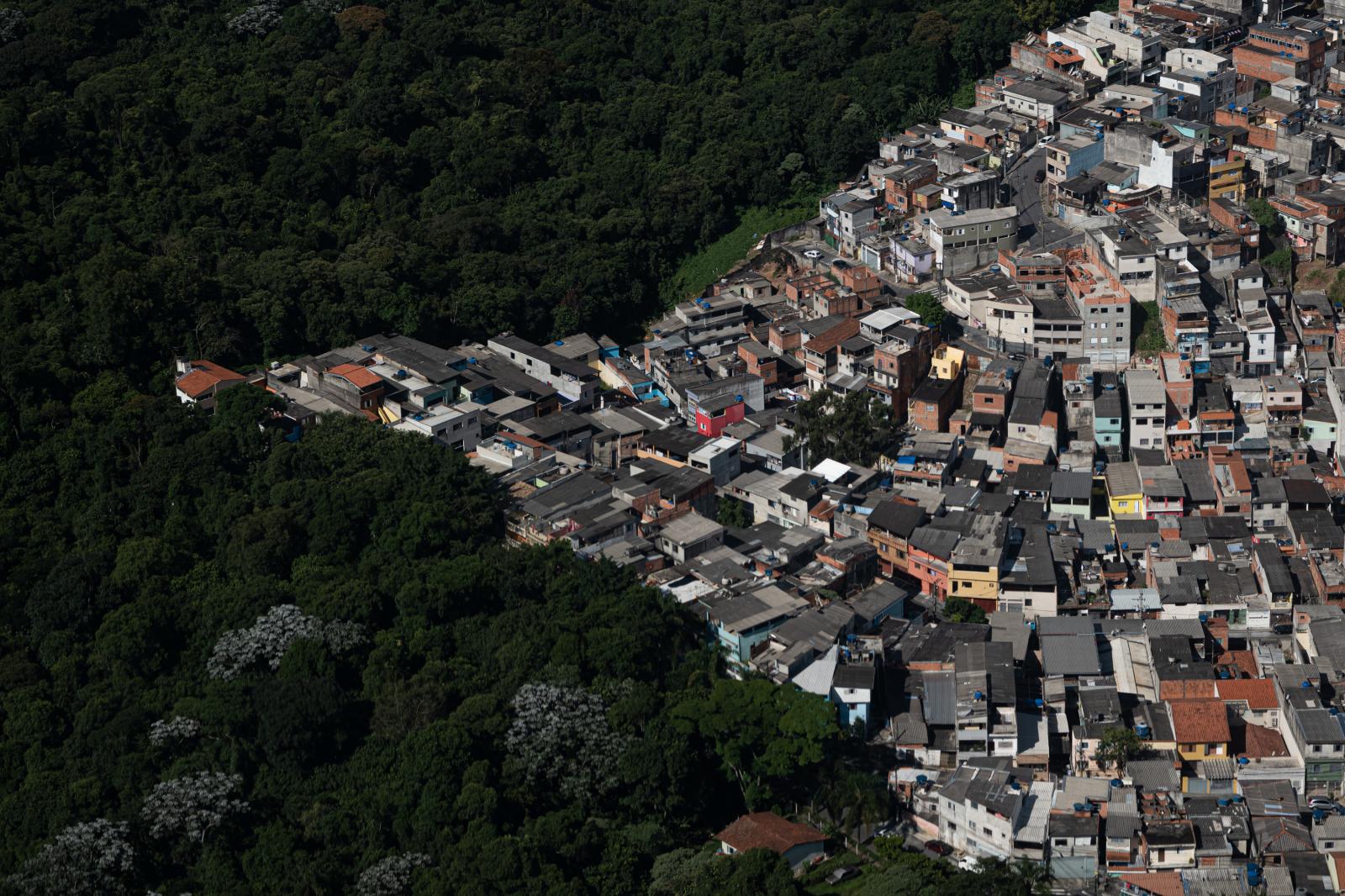 1 of 30 © 2021 Marcio Pimenta
Our relations with geography modify the landscape, giving it a social and economic meaning. The landscapes reveal how we relate to the environment and this reflects our own condition. São Paulo, Brazil 2021. 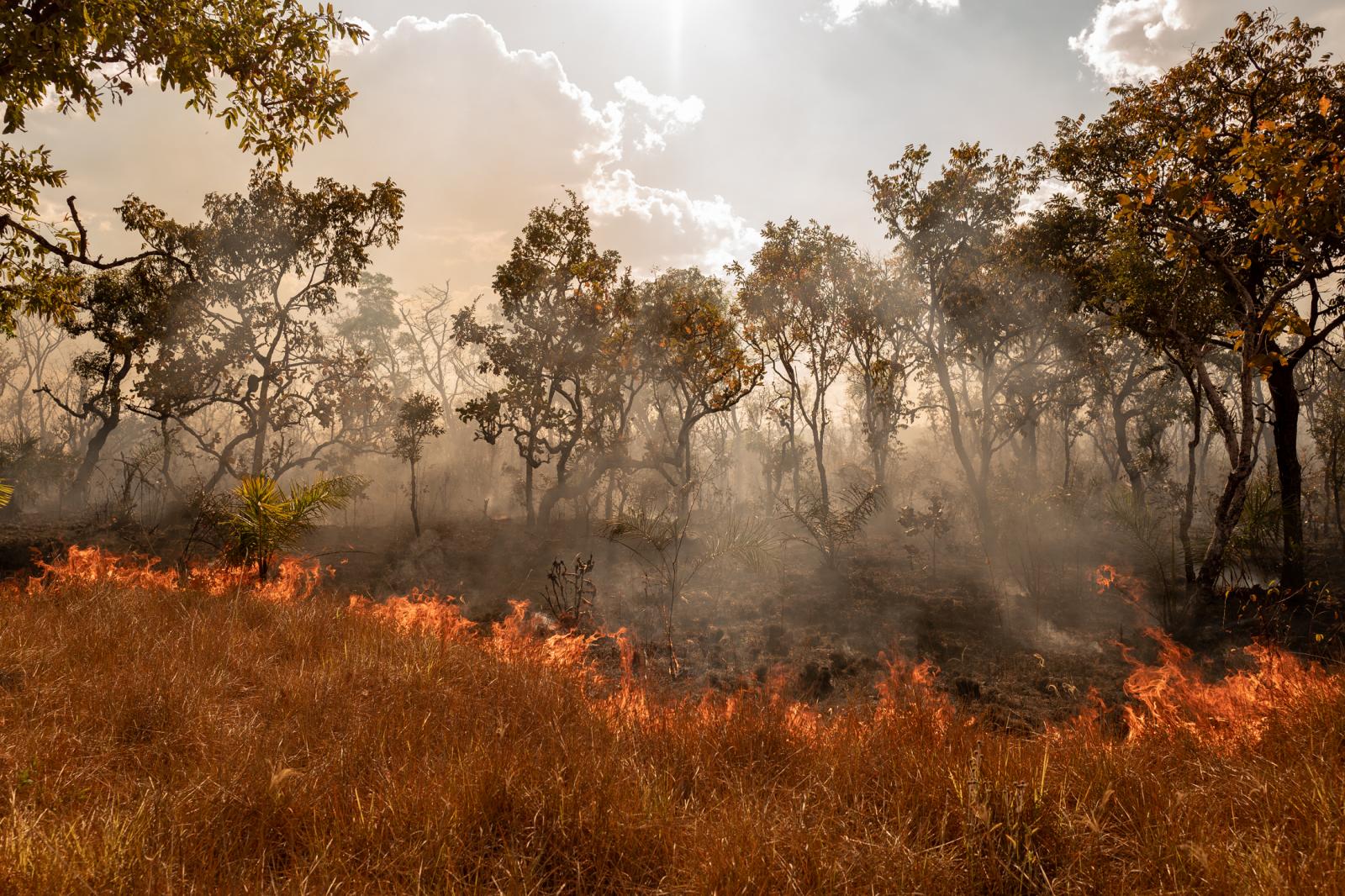 2 of 30 © 2021 Marcio Pimenta
In the Cerrado biome (the second largest in South America) forest fires are common because of extreme heat and also triggered by criminals who wish to use space for planting soybeans and raising animals.
Deforestation in the Cerrado emitted 248 million gross tons of greenhouse gases in 2016. It is more than double that of Brazil emits by industrial processes and is equivalent to 11% of all the carbon that Brazil launched on the air in the same year. 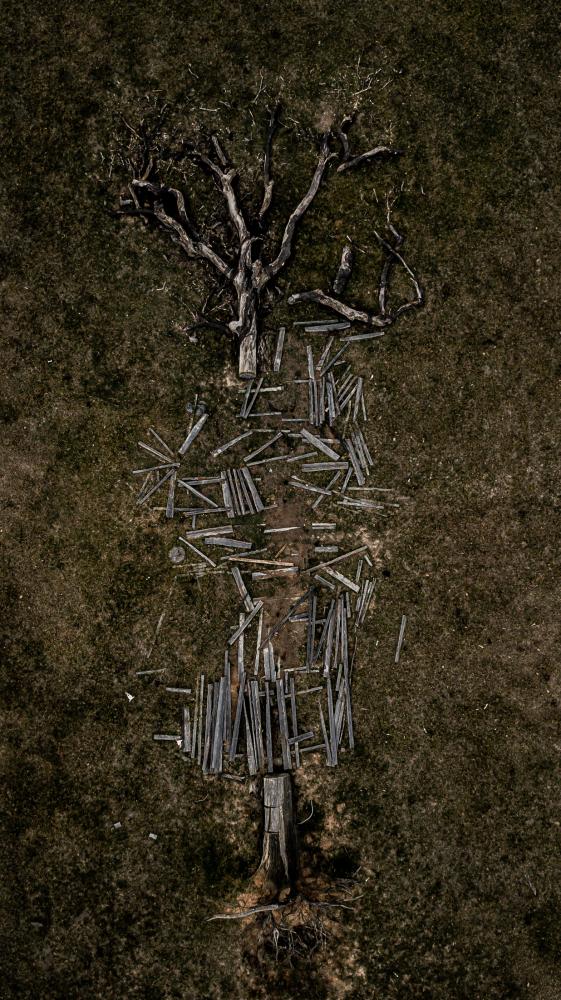 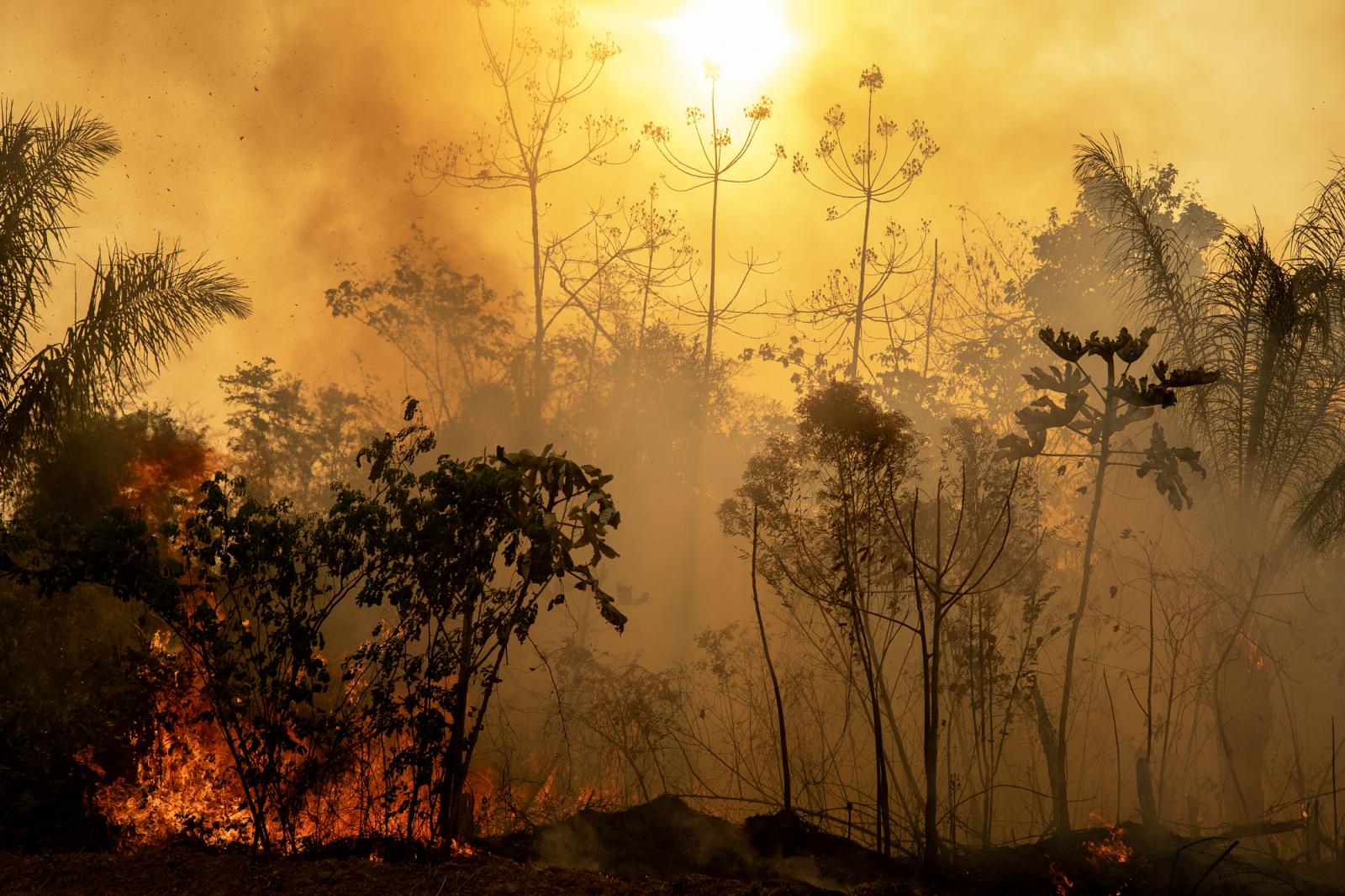 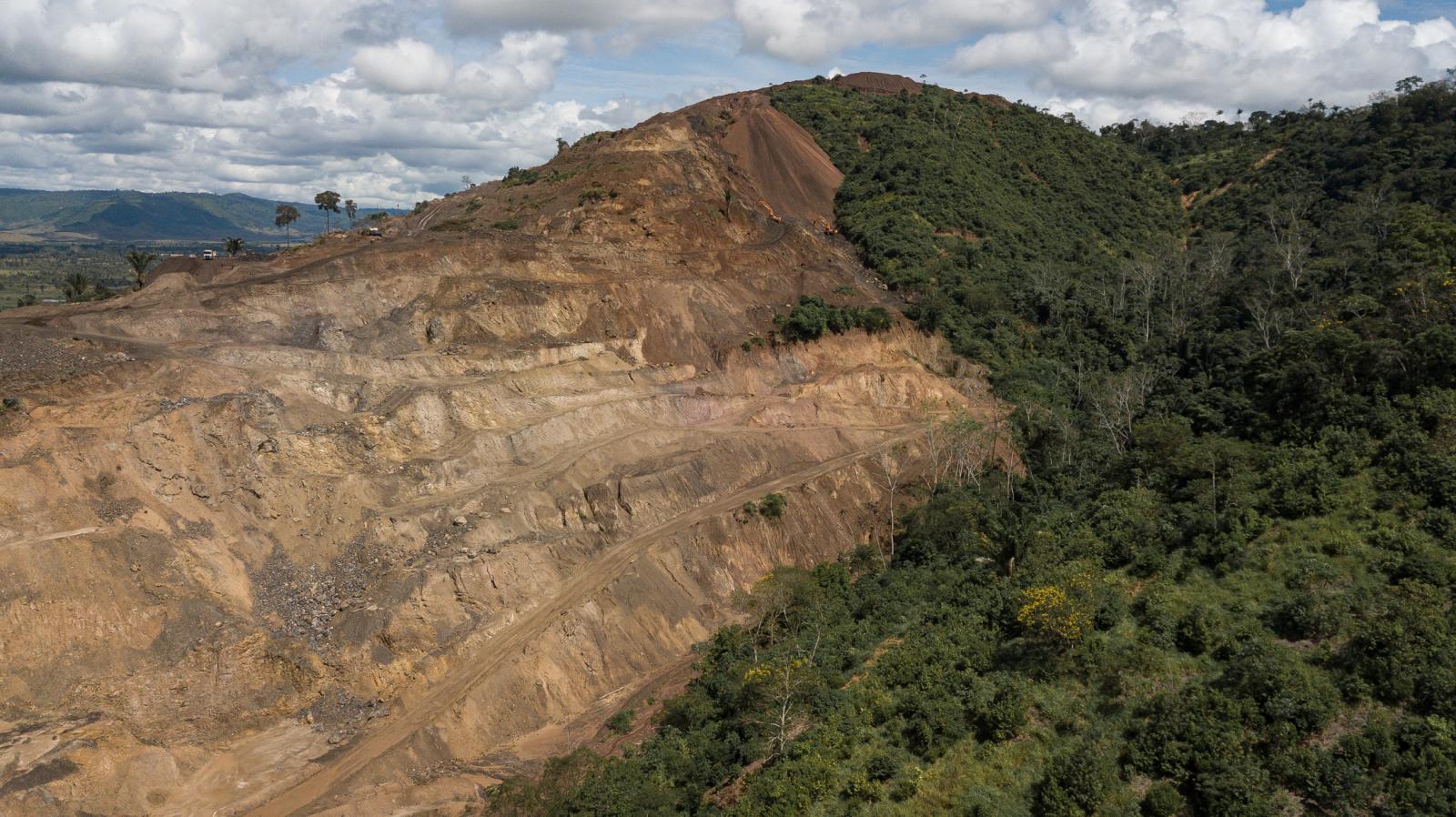 5 of 30 © 2021 Marcio Pimenta
Two machines clear the forest for illegal exploitation of manganese in the Amazon. 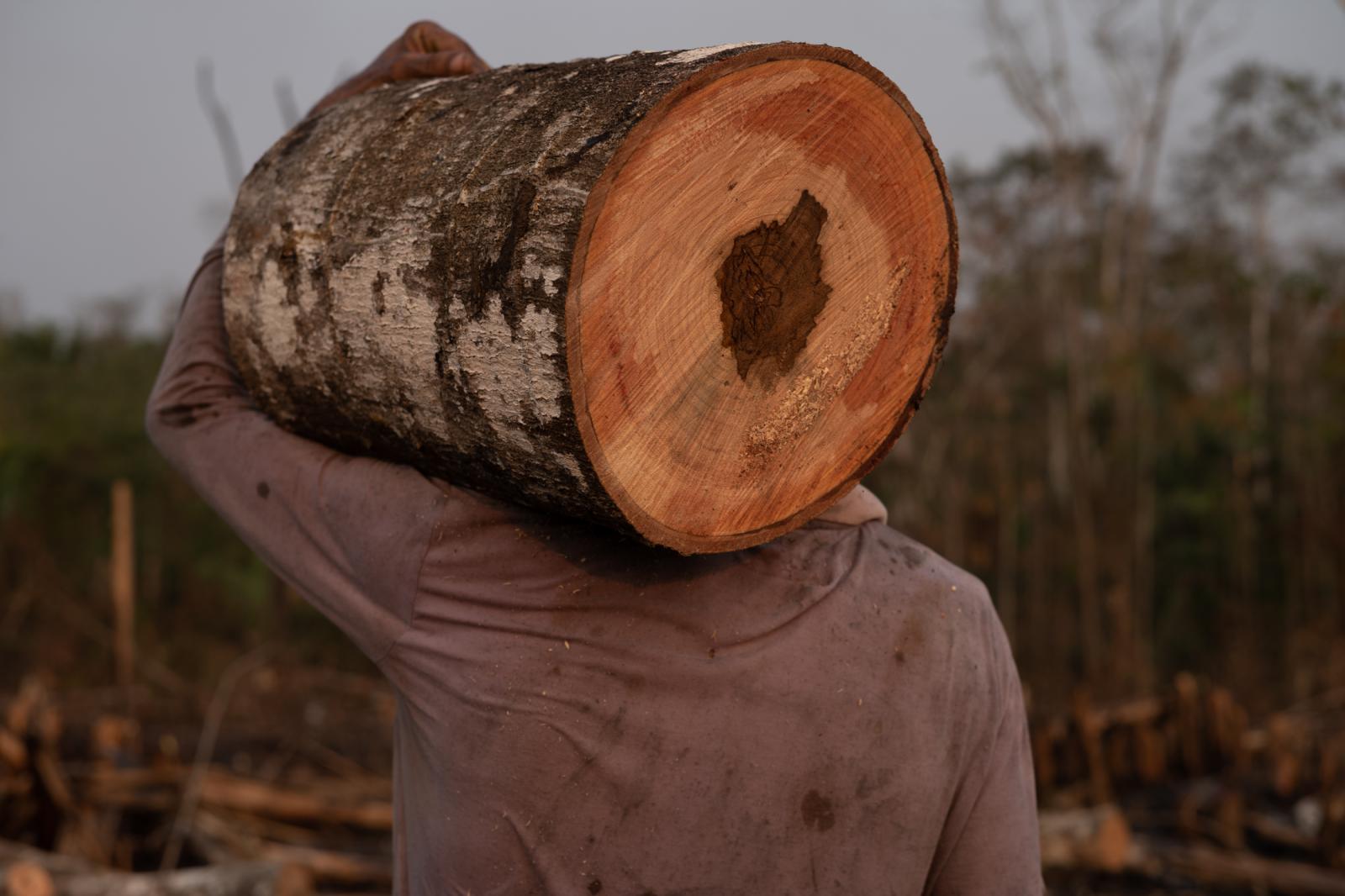 6 of 30 © 2021 Marcio Pimenta
After the fires, people take advantage of the harvesting of the firewood near their homes in Bujari, Acre. 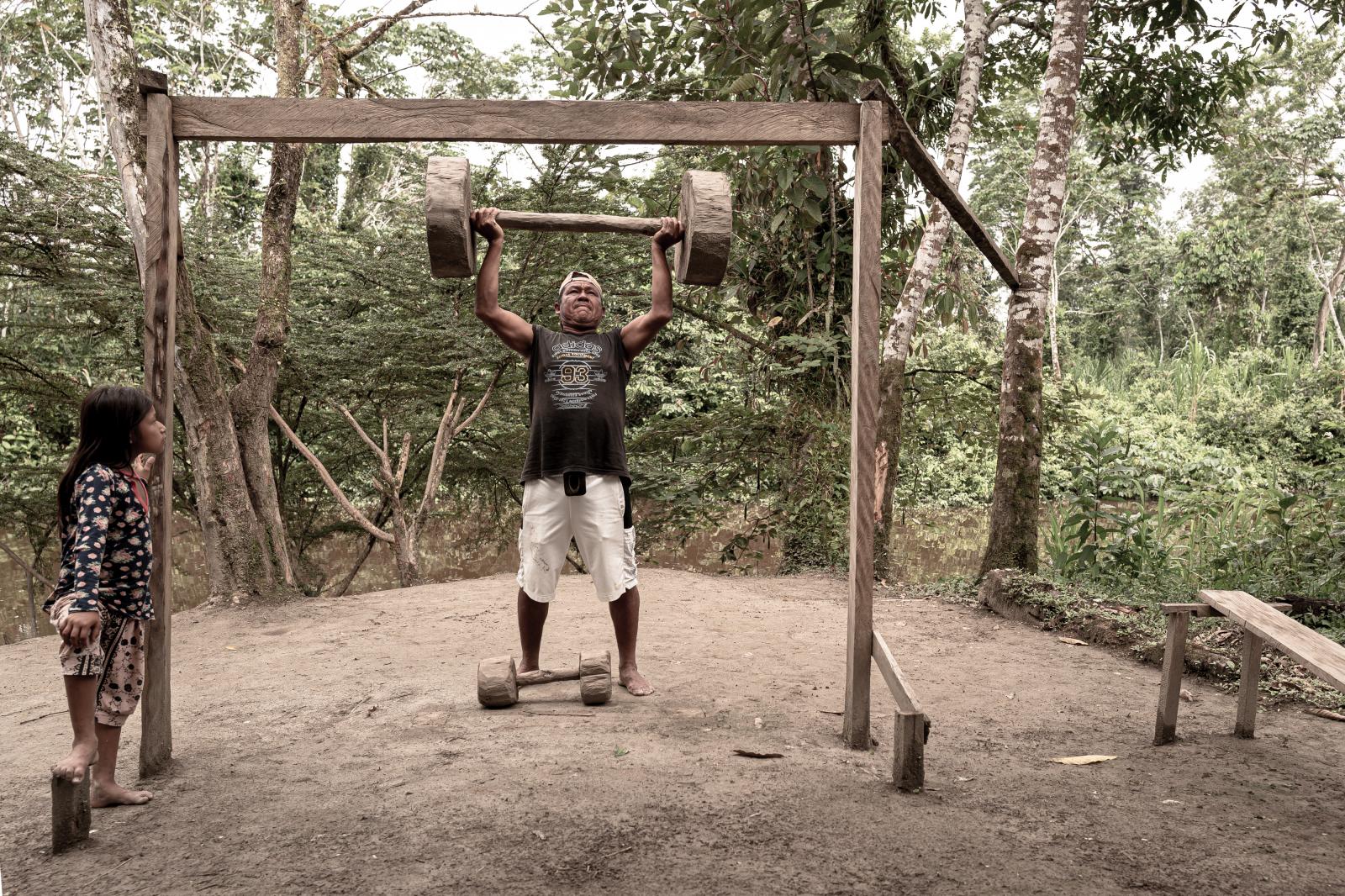 7 of 30 © 2021 Marcio Pimenta
Clovis Perez, is a Wampís who helps in the coordination work of the Wampís Nation. He exercises at the gym he built, in Condorcanqui. After numerous meetings among their leaders, representatives of 27 Wampis communities, with a combined population of 15,000 people, came together in 2015. They invoked international recognition of the rights of indigenous people and on Nov. 29 declared the creation of an autonomous territorial government called the Wampis Nation to defend its territory and resources from the growing pressures of extractive industries. In a world where actions to preserve forests and combat climate change are resisted by the old ideas of new governments, wampis sow free territory. 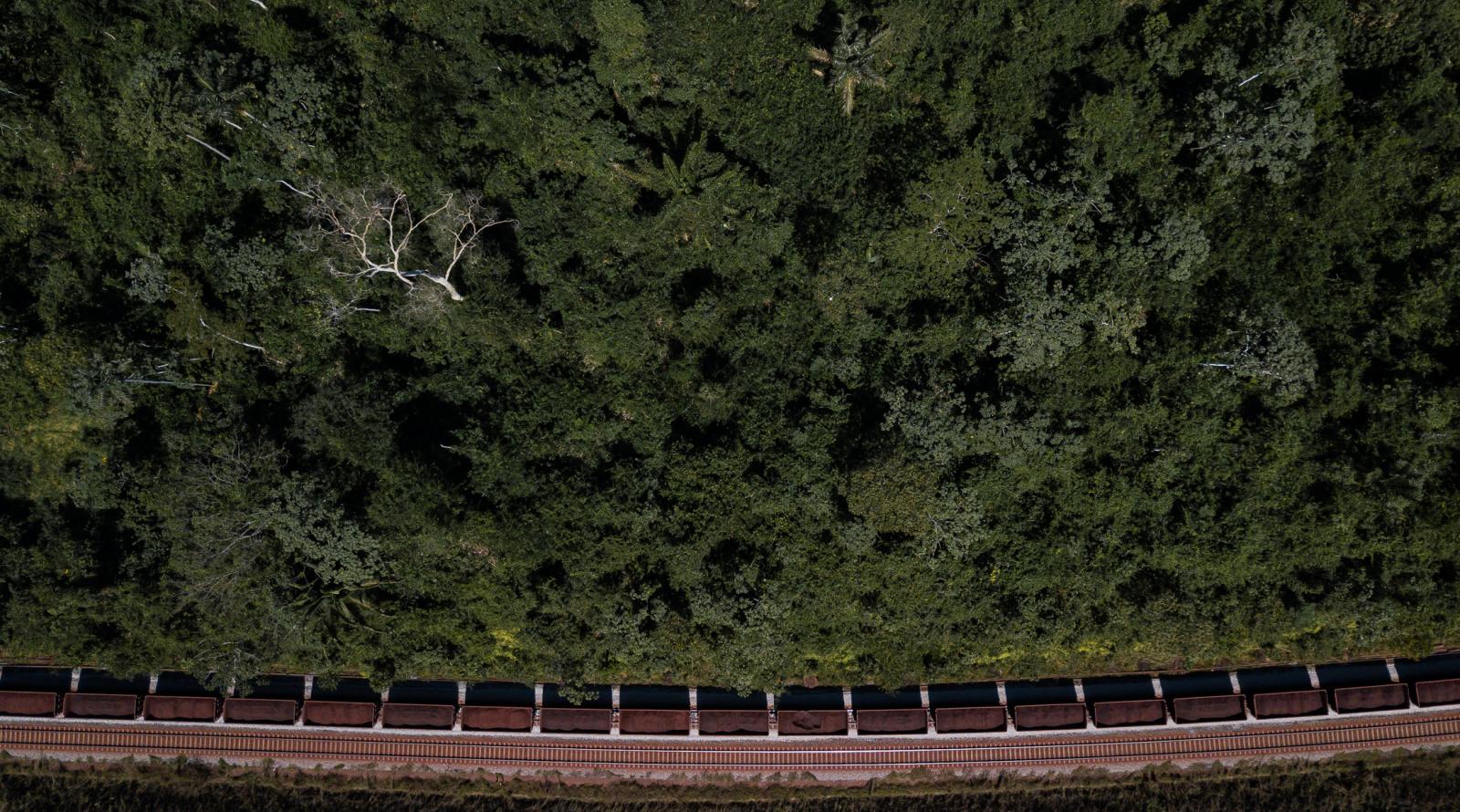 8 of 30 © 2021 Marcio Pimenta
A train from the mining company, Vale, cuts through the forest with its hundred iron-laden wagons extracted from the Amazon. This picture is part of a long-term project (in progress) a documentary and artistic exploration that seeks to research, witness and document an important issue in times of climate change: the relationship of society with its geography, "Stress Nexus - Latin America and Caribe Chapter" . Parauapebas, Para, Brazil. 2019, July 05. 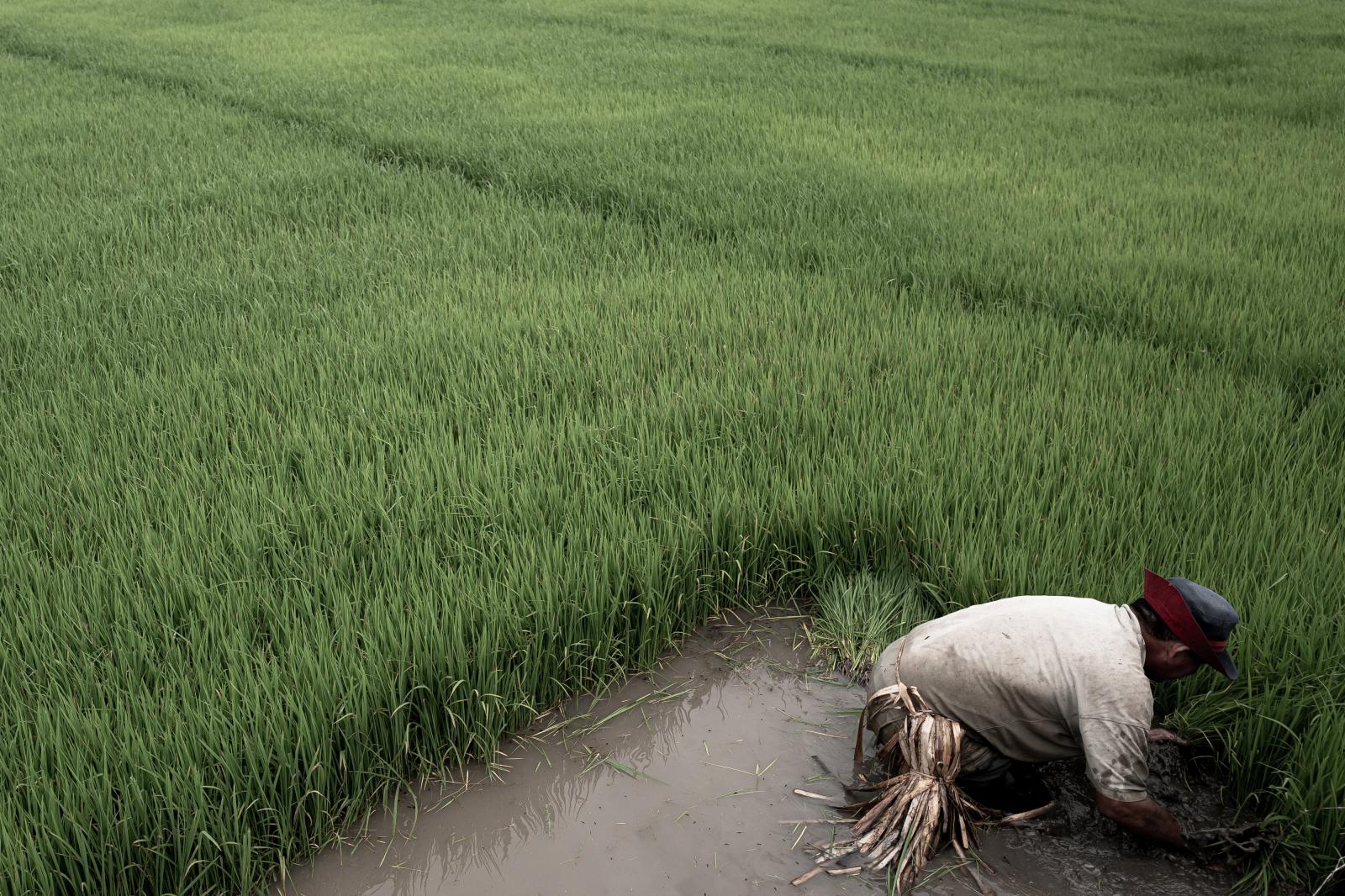 9 of 30 © 2021 Marcio Pimenta
In Bagua, Amazonas, Peru - outside Wampís territory - a farmer harvests rice. Rice monoculture is very harmful to the environment, and its cultivation is a major emitter of CO2 and fuels the risk of climate change. The Wampis forbid monoculture in their territory. In order to live off the riches of the forest, in addition to hunting, each member of the community can grow up to five hectares in a free place of his choice throughout the territory. On a quick note, if all Wampis decided to grow bananas, cocoa or cassava, their main products, that would represent less than 6% of the territory. 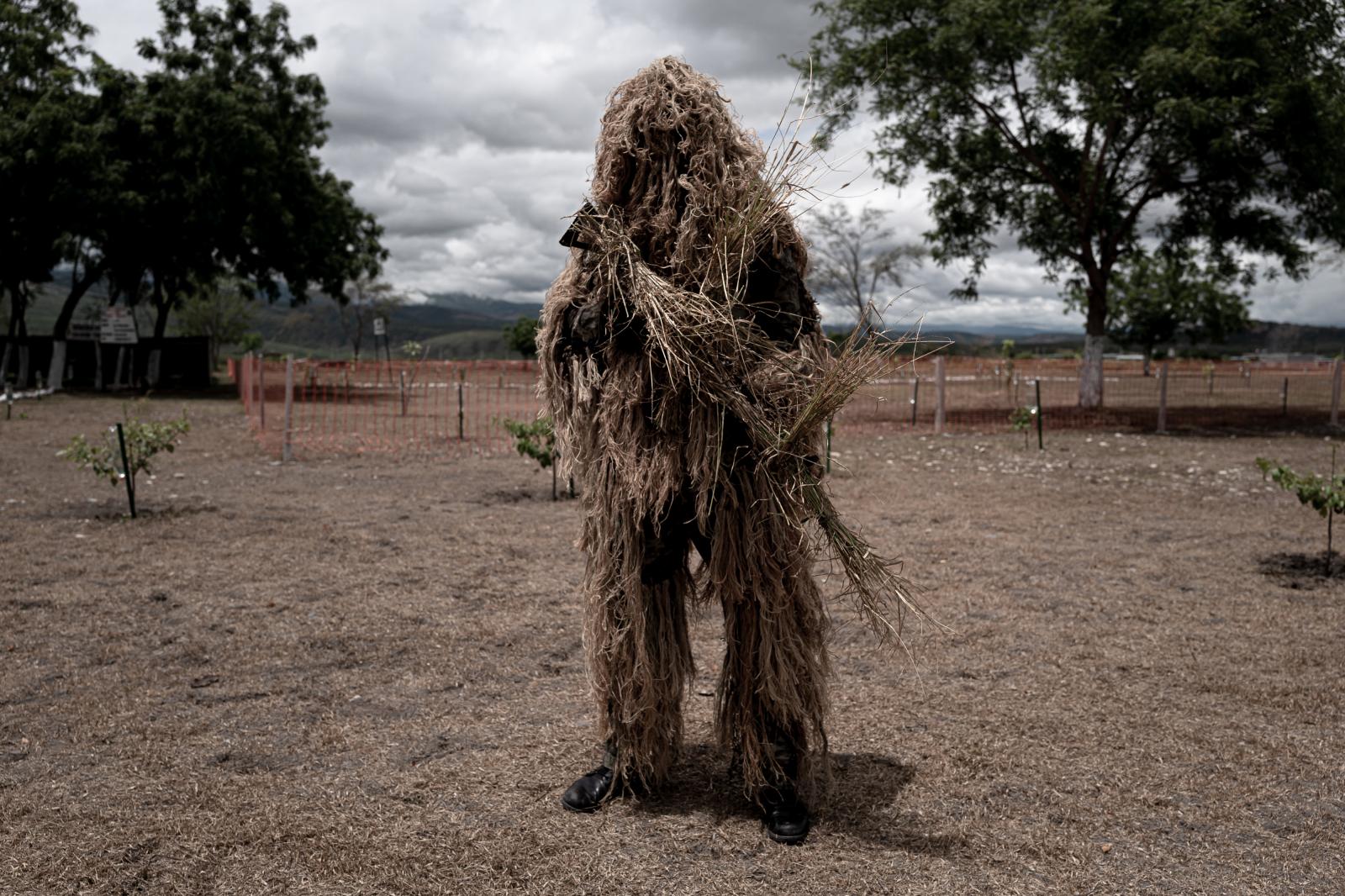 10 of 30 © 2021 Marcio Pimenta
In Bagua, a Peruvian soldier shows off his cover for jungle combat missions. Some young wampis serve in some battalions of the border surveillance exercise and, working in an informal partnership, provide their superiors with information about illegal mining and logging activities. The army then informs the High Command to decide what to do to prevent conflict and at the same time ward off invaders - if the wampis have not done so before. Since the founding of the autonomous government, the relationship between the wampís and the Peruvian government has been peaceful, although the Peruvian authorities have not formally expressed their views. This tranquility stems, in part, from their excellent relationship with the Peruvian Armed Forces, which has a strong presence in the territory due to the border with Ecuador - wampís boundary to the north. 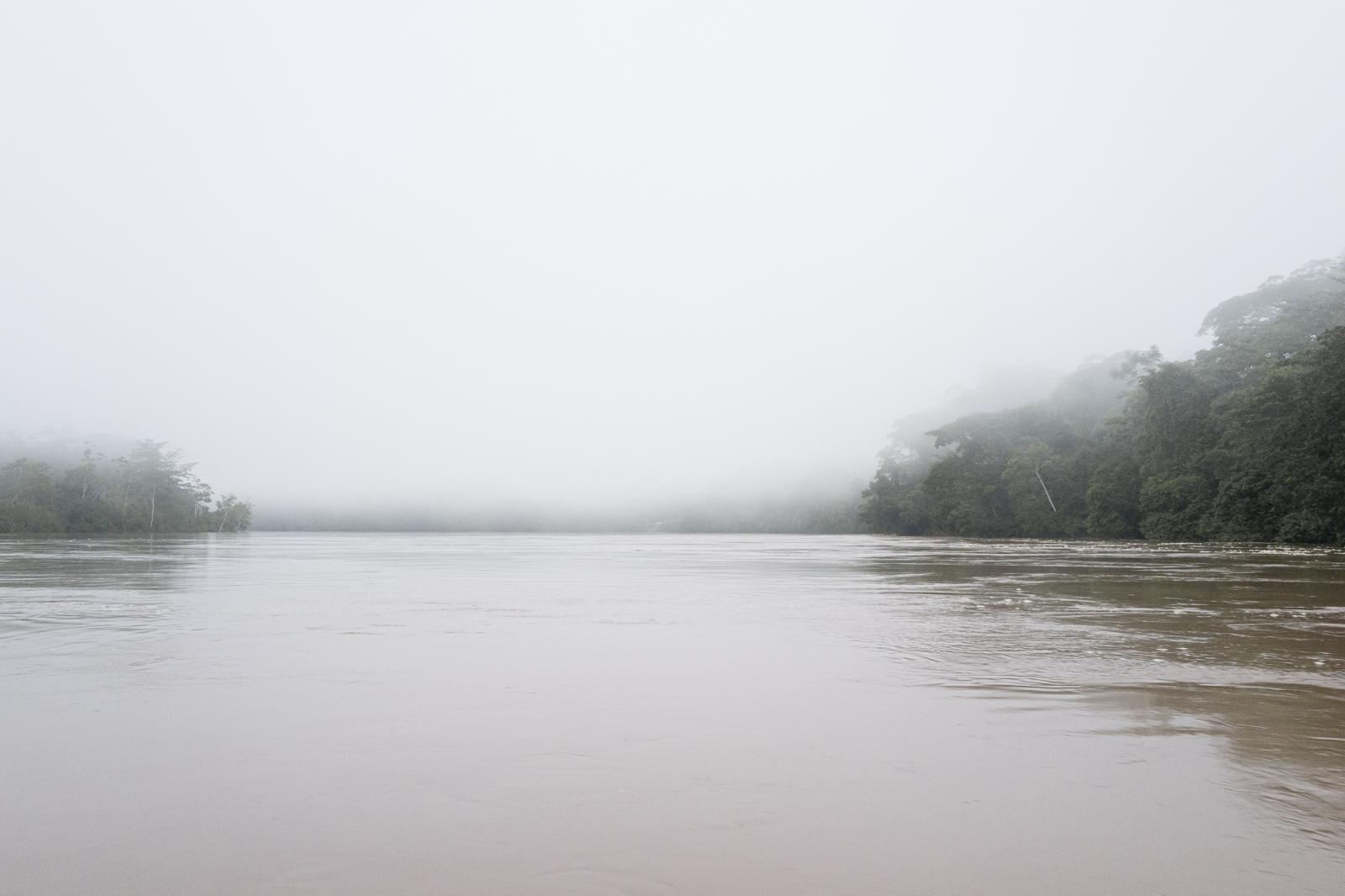 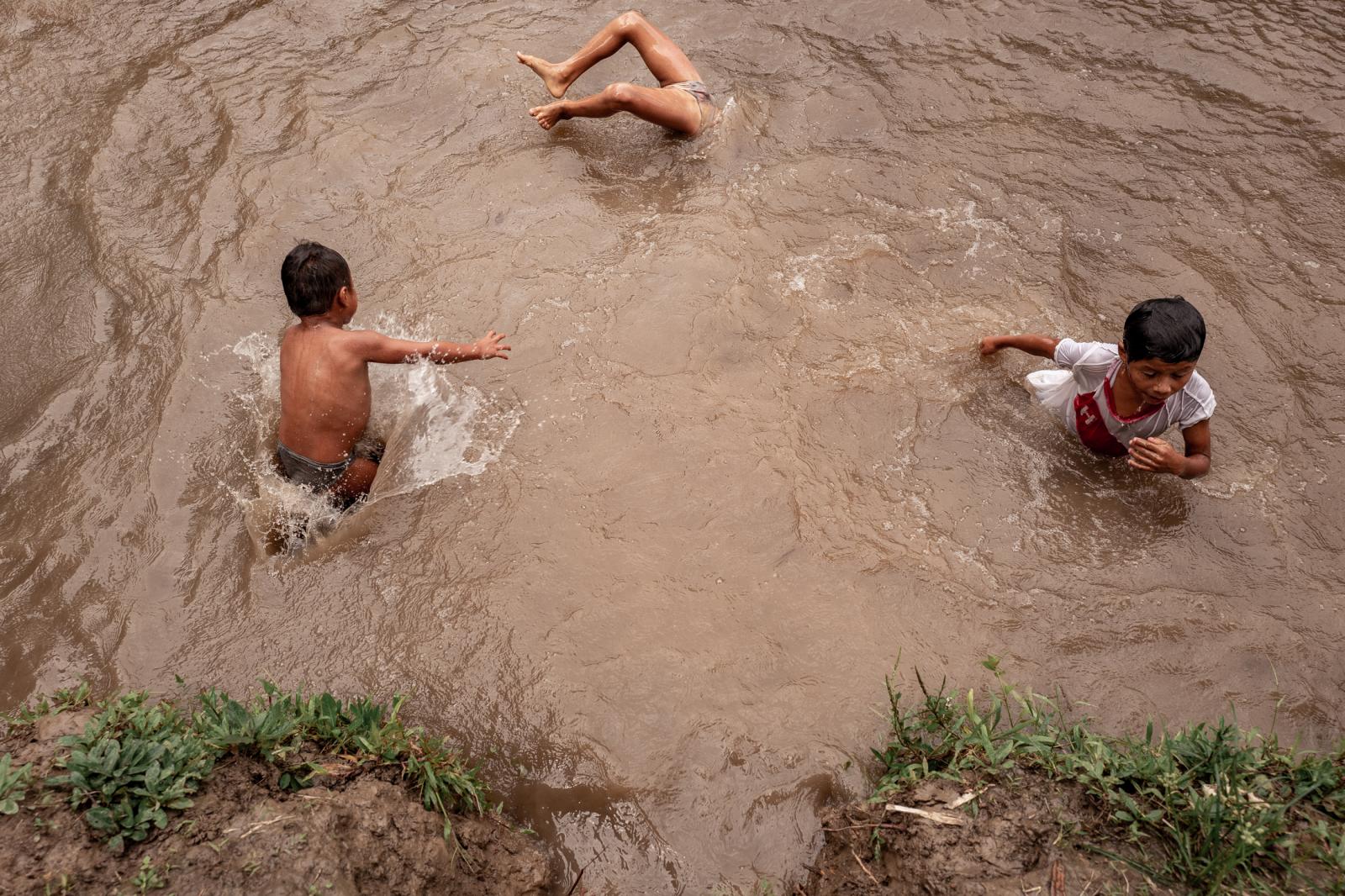 12 of 30 © 2021 Marcio Pimenta
Children of the Wampís ethnic group play in the waters of the Amazon. 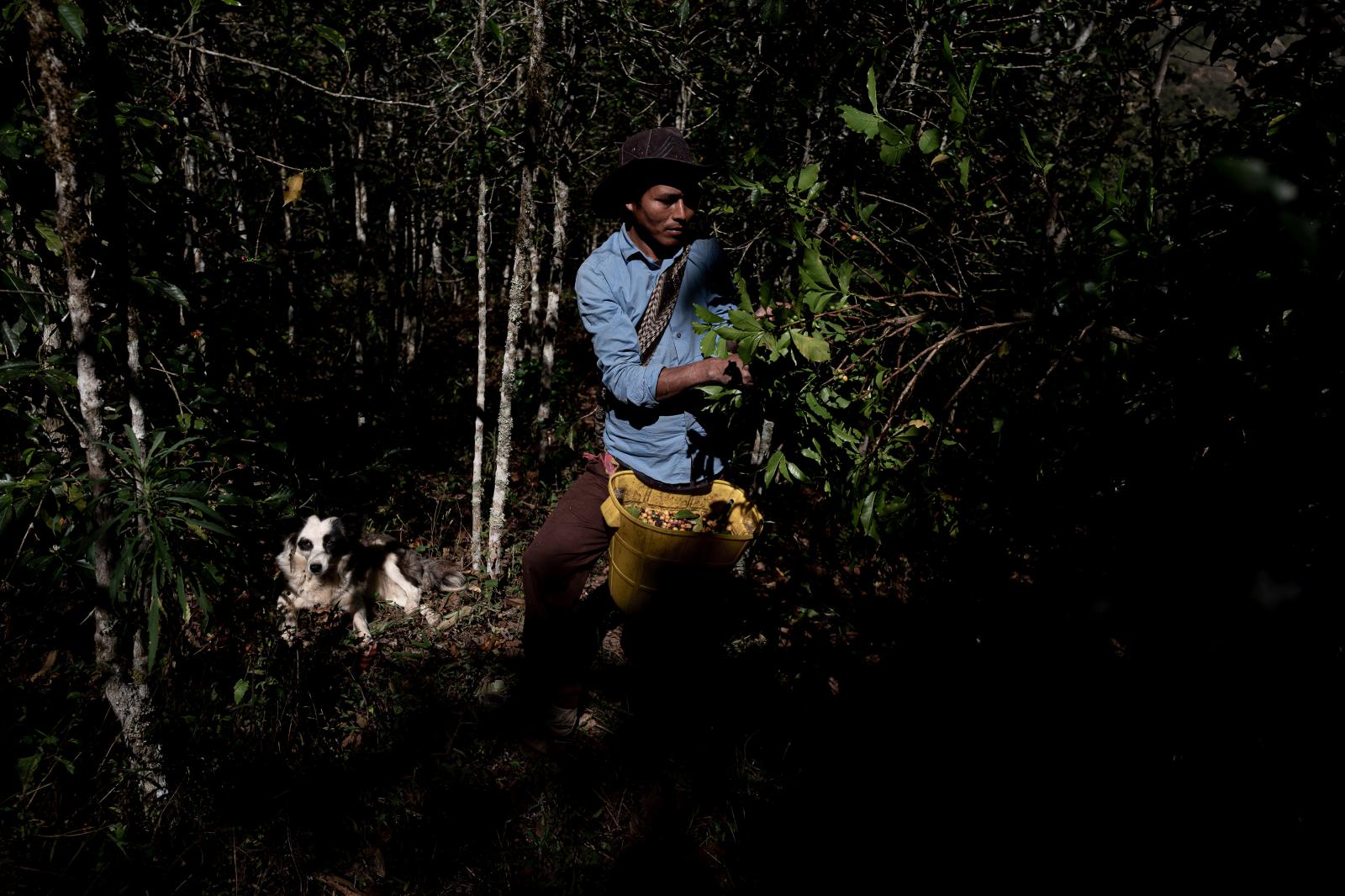 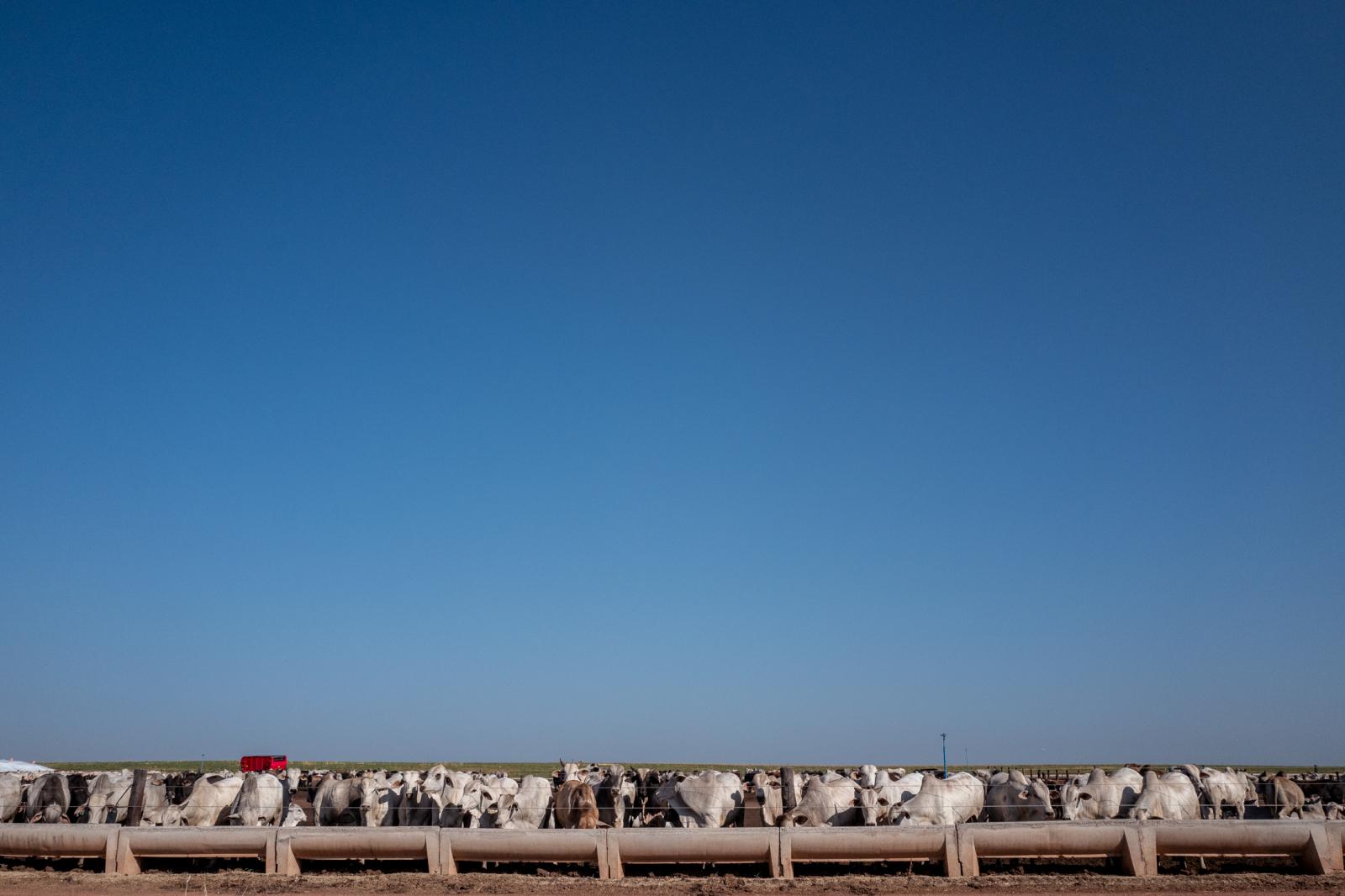 14 of 30 © 2021 Marcio Pimenta
Breeding of cattle for human consumption in the area of the Brazilian Amazon. Food security is a major concern on the issue of climate change and the quest for products with lower global warming potential (GWP) is one of the greatest challenges for humanity. Brazil is one of the largest exporters of beef in the world. In addition to having a large GWP, the breeding of animals causes illegal deforestation in part of the Amazon. 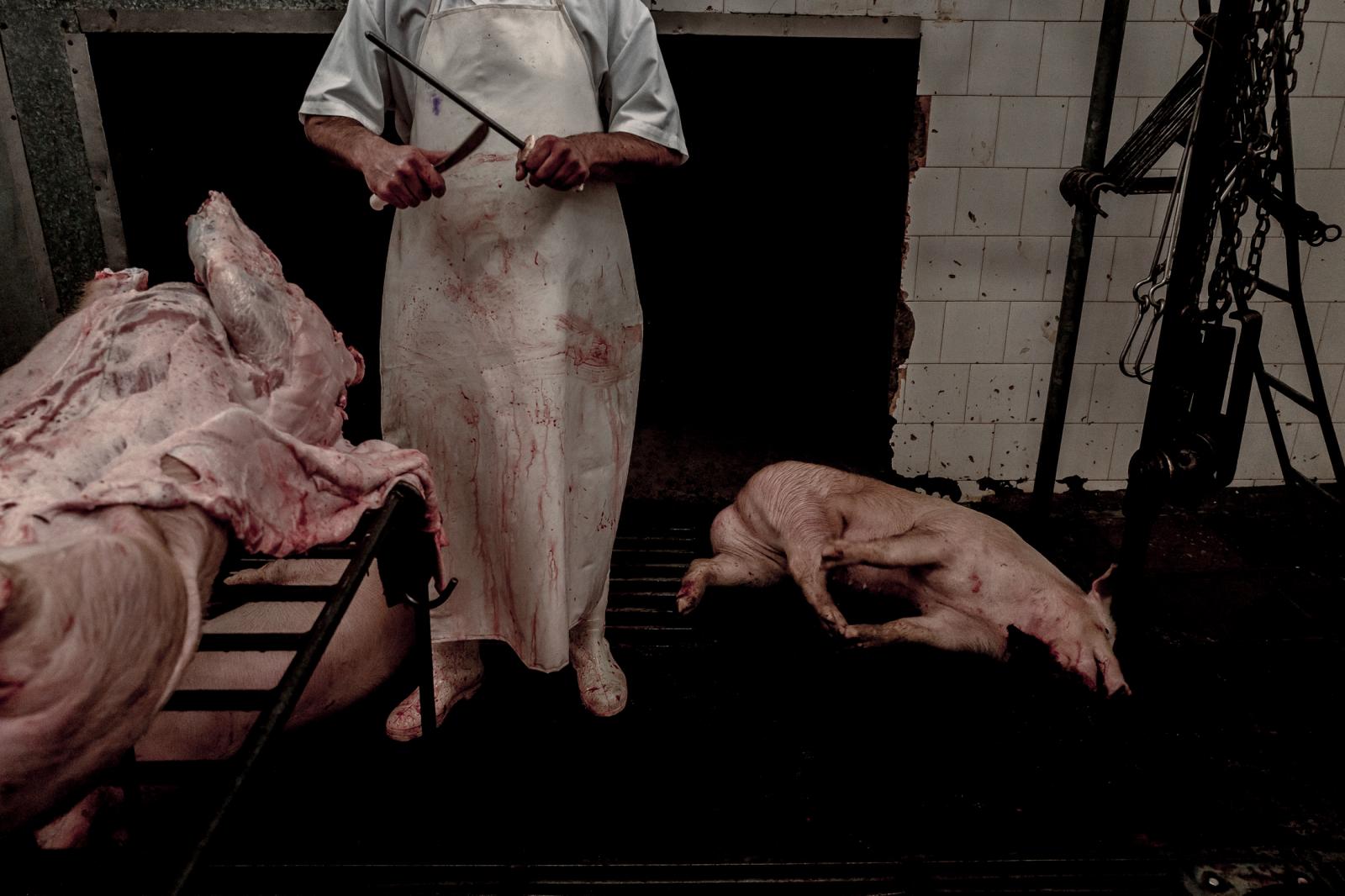 15 of 30 © 2021 Marcio Pimenta
A butcher concludes the slaughter of one more pig. Food security is a major concern on the issue of climate change and the quest for products with lower global warming potential (GWP) is one of the greatest challenges for humanity. Studies show that pork has half the GWP of an ox. 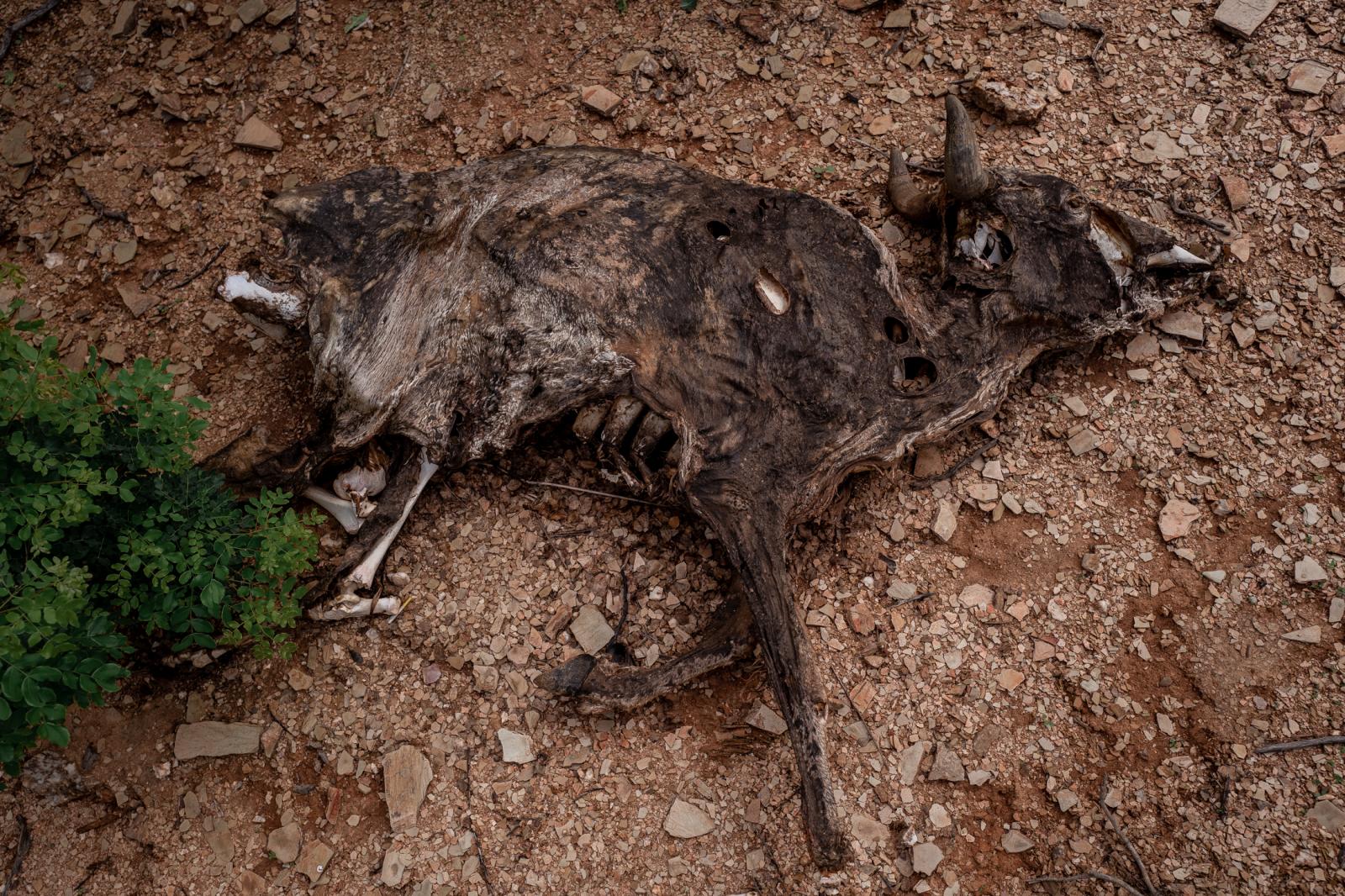 16 of 30 © 2021 Marcio Pimenta
After six years of extreme drought and extreme heat, the Northeastern region of Brazil known as the backlands finally celebrated the rains in 2018 and the green one began to sprout again. But the rainy season has been too long for local farmers and losses are still visible. Canudos, Bahia, Brazil. The photo was taken in December, 2018. 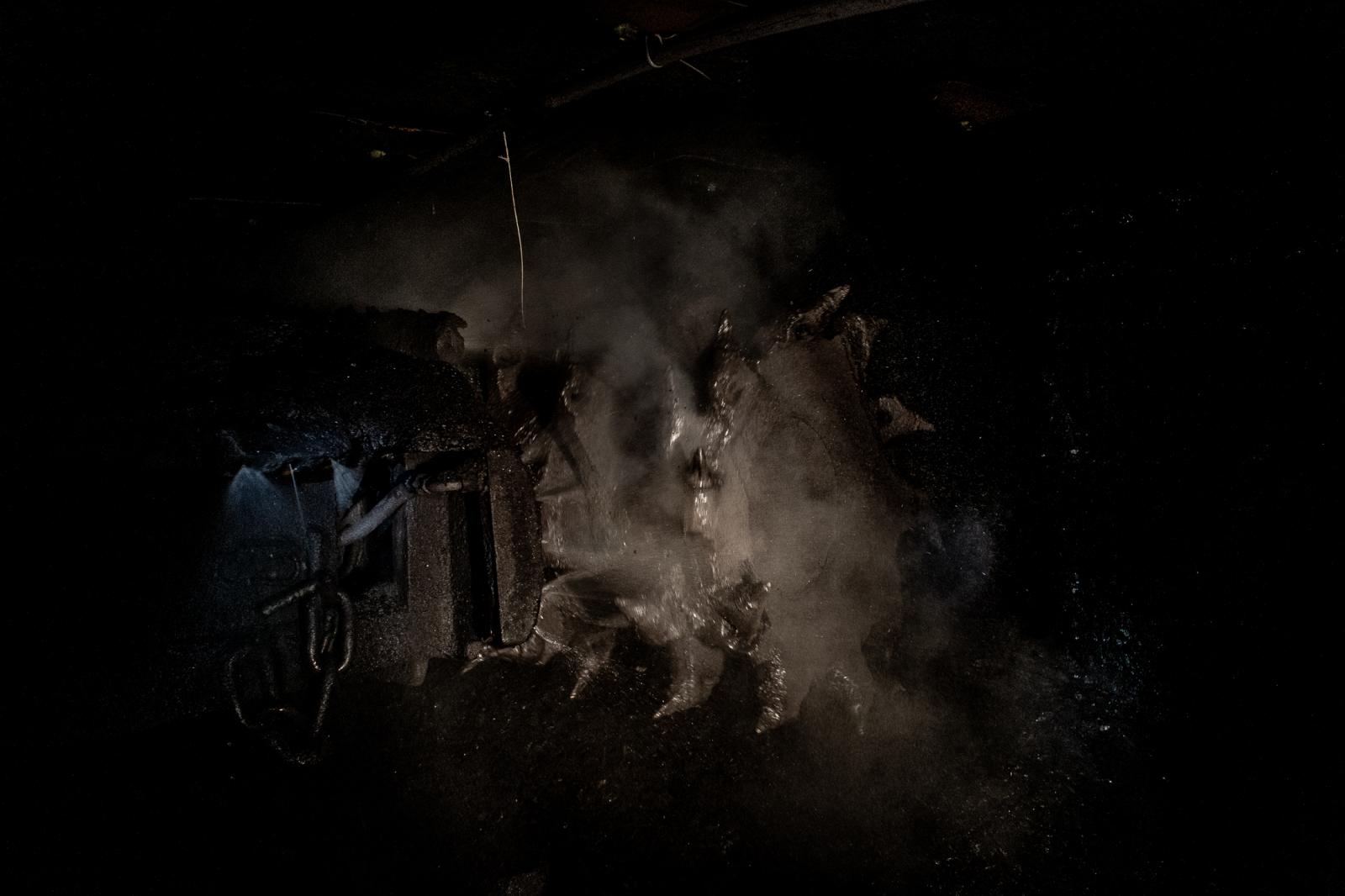 17 of 30 © 2021 Marcio Pimenta
A machine clears its way into an underground coal mine. In the Brazilian energy matrix, coal has little presence, but in the world it is still a significant source of energy. With climate change these energy sources need to be discontinued. 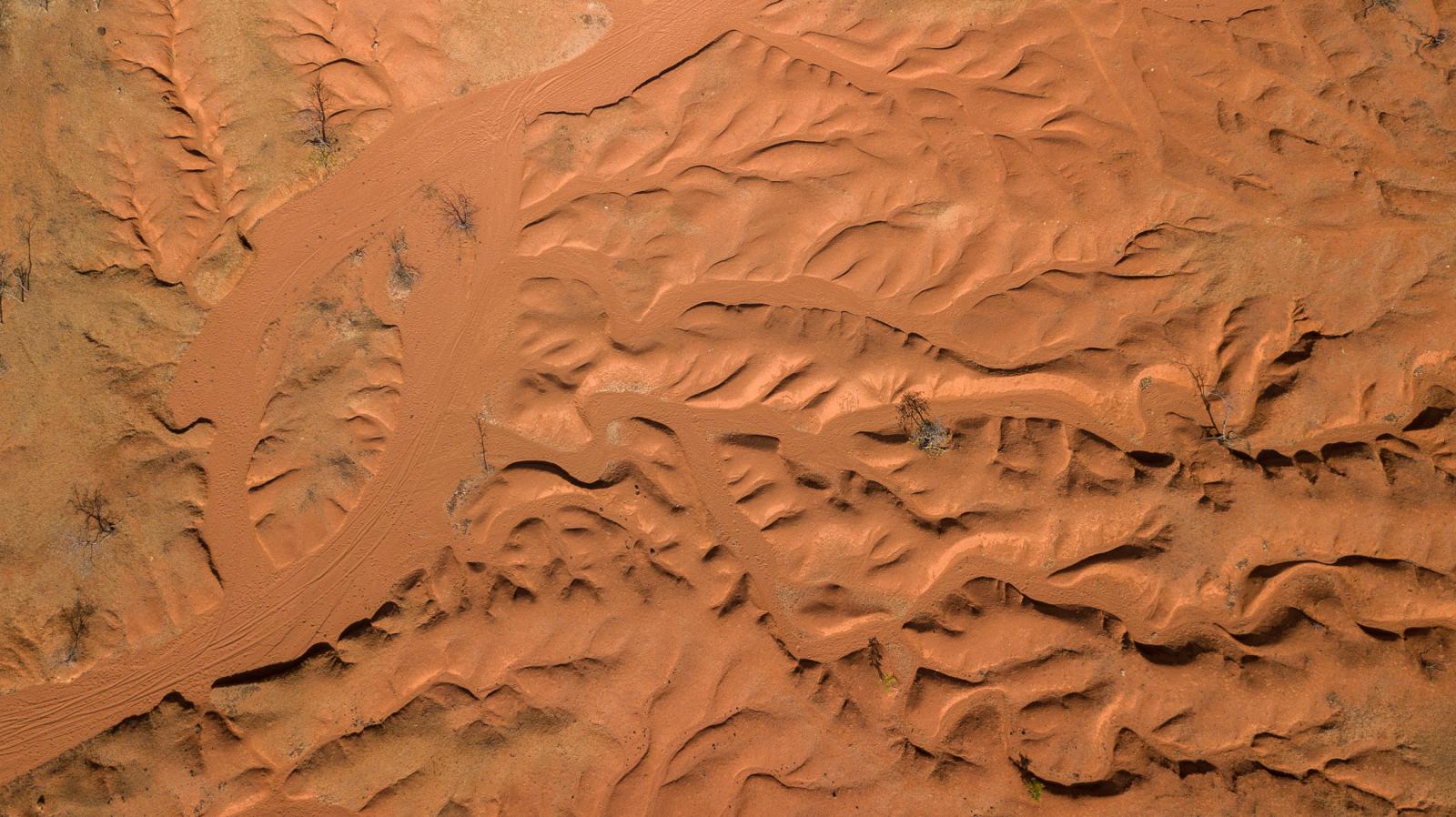 18 of 30 © 2021 Marcio Pimenta
In southern Piaui (Brazil), bordering the states of Tocantins and Bahia, deforestation and intensive agriculture have led a region to become a great desert. And that advances with speed. 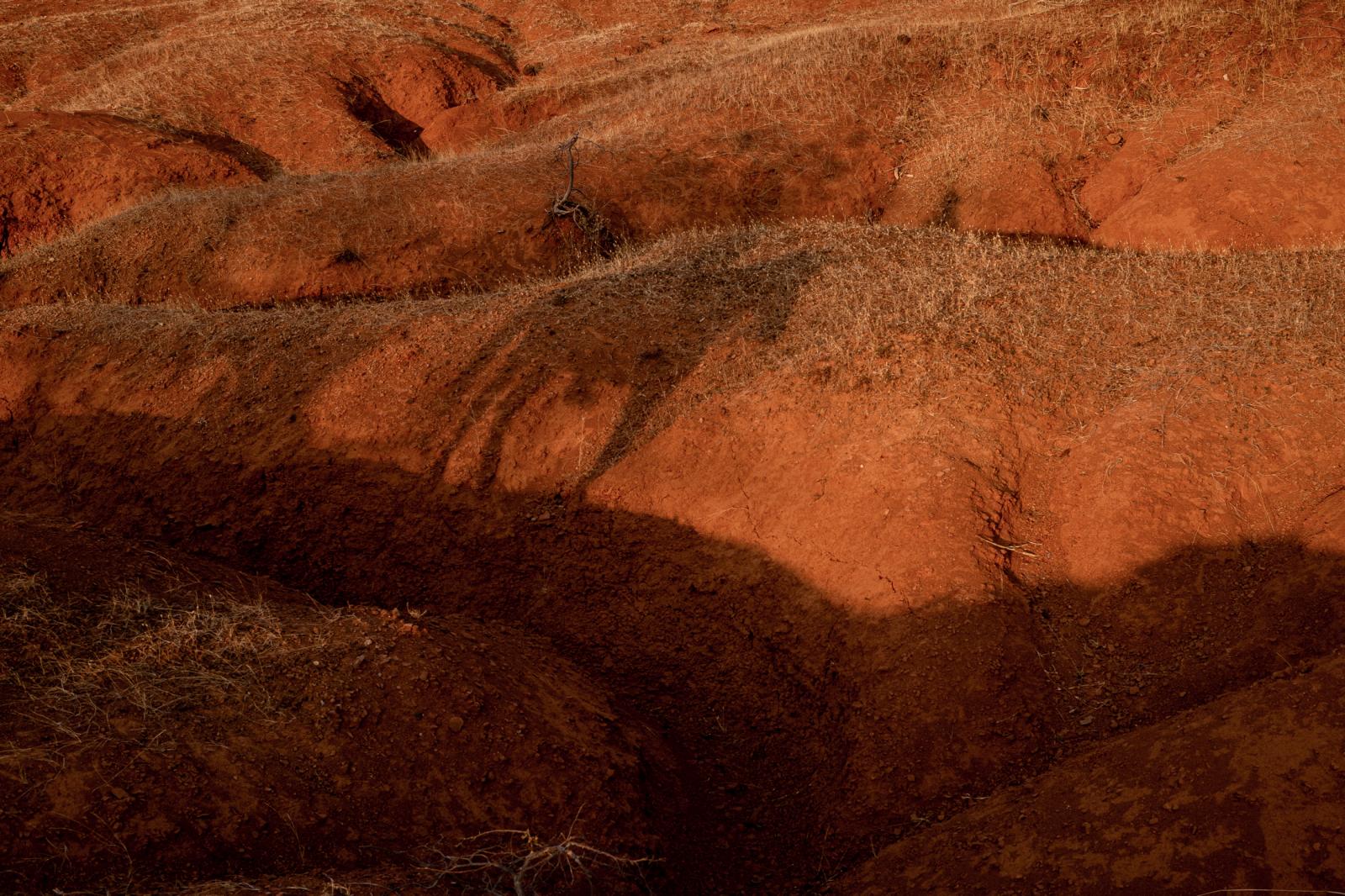 19 of 30 © 2021 Marcio Pimenta
João Tavares Rodrigues. In southern Piaui (Brazil), bordering the states of Tocantins and Bahia, deforestation and intensive agriculture have led a region to become a great desert. And that advances with speed. 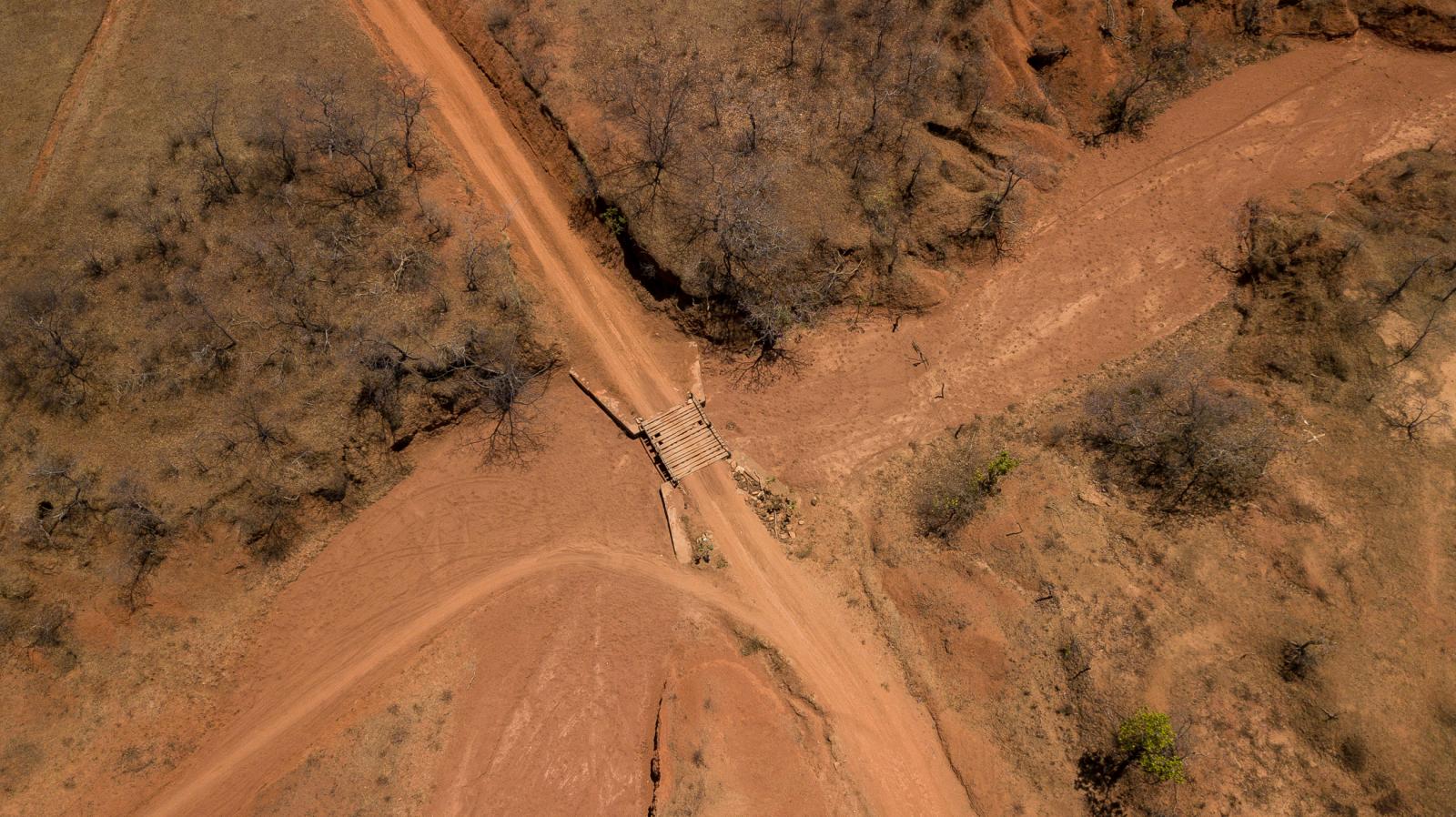 20 of 30 © 2021 Marcio Pimenta
In southern Piaui (Brazil), bordering the states of Tocantins and Bahia, deforestation and intensive agriculture have led a region to become a great desert. And that advances with speed. 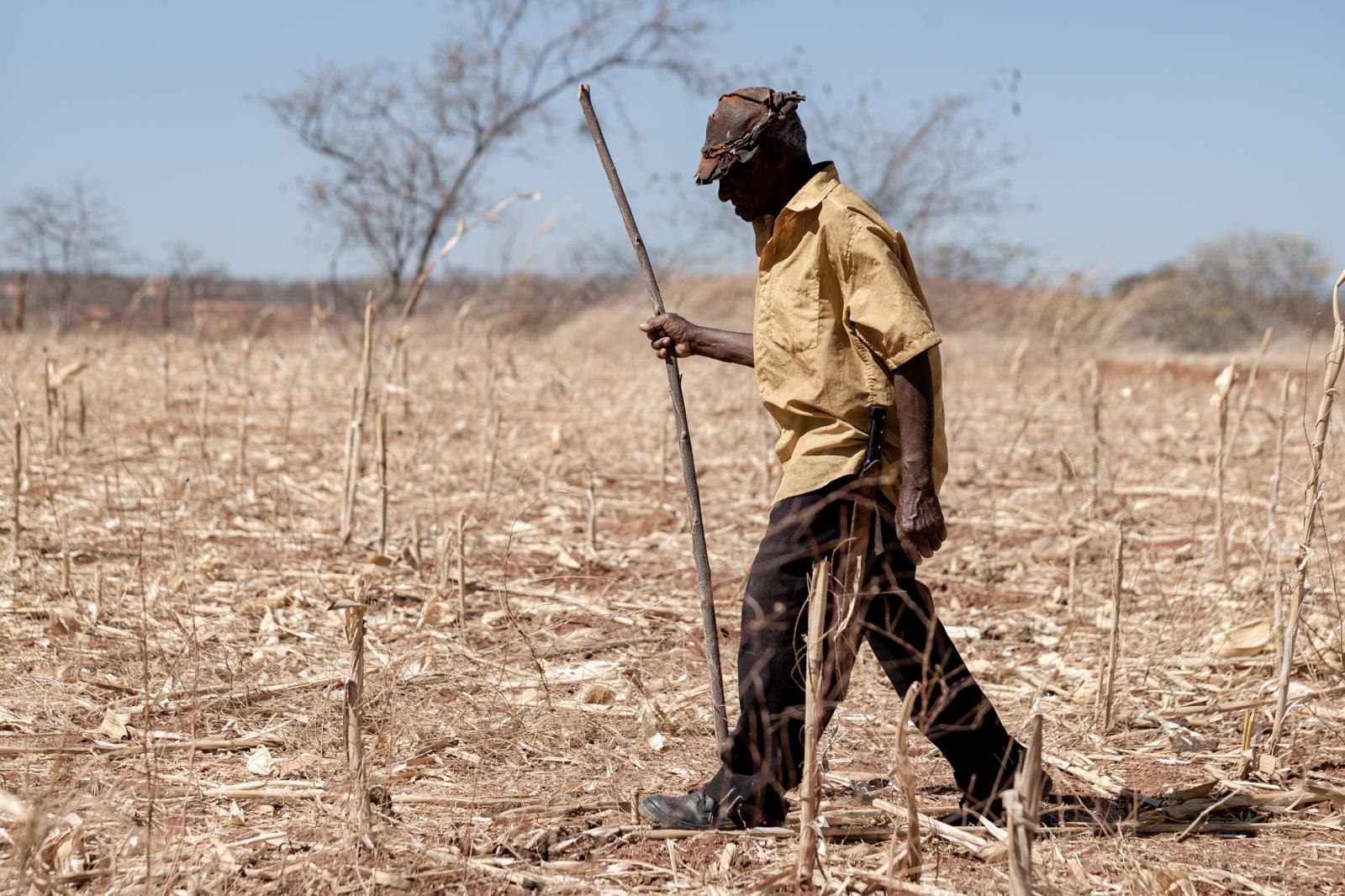 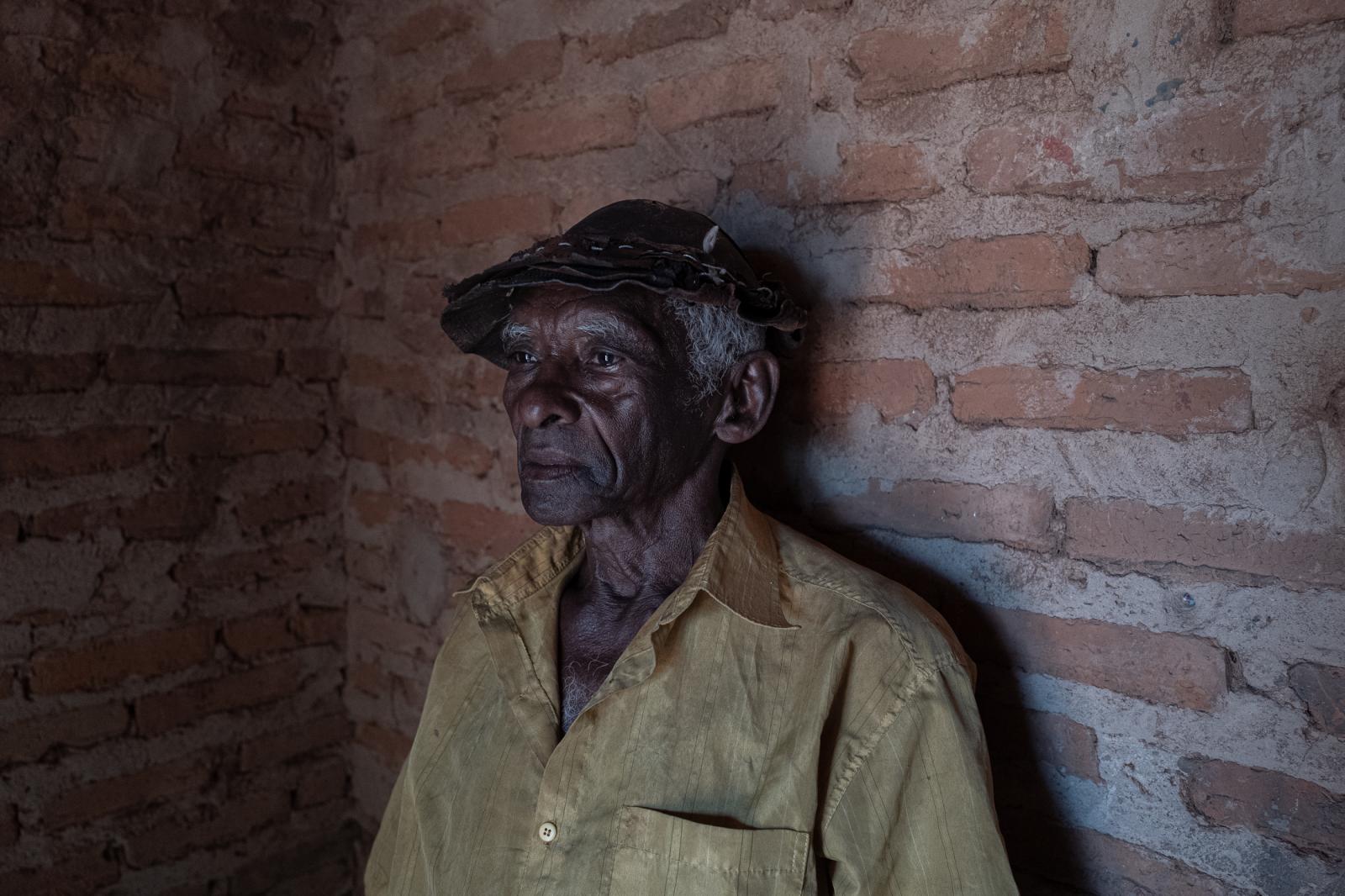 22 of 30 © 2021 Marcio Pimenta
José Rodrigues dos Santos, o "Zé Capenga". He lives only with his wife. Their children and grandchildren left the territory in search of better opportunities. 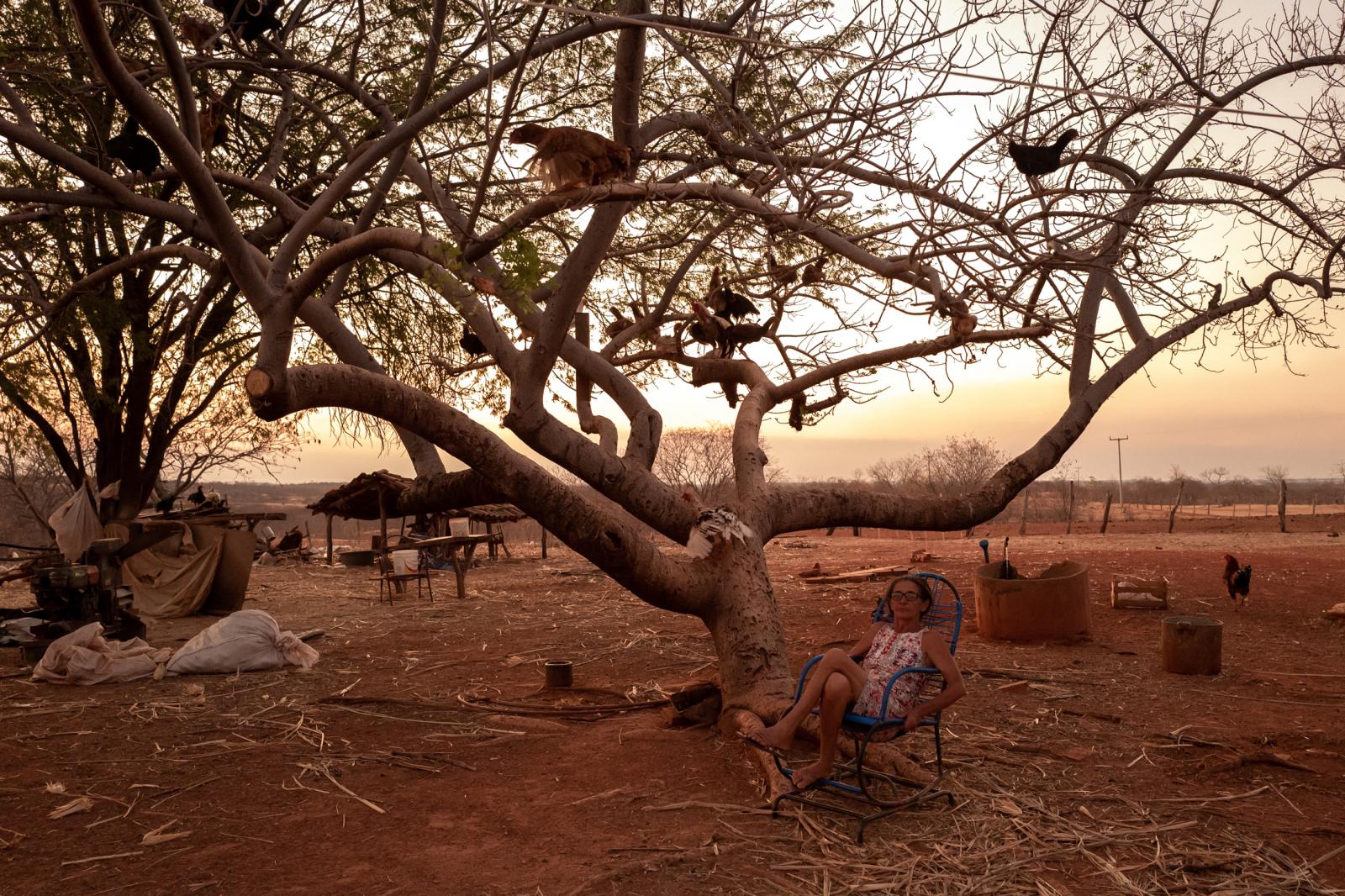 23 of 30 © 2021 Marcio Pimenta
Marineide Cirilo Rodrigues. In southern Piaui (Brazil), bordering the states of Tocantins and Bahia, deforestation and intensive agriculture have led a region to become a great desert. And that advances with speed. 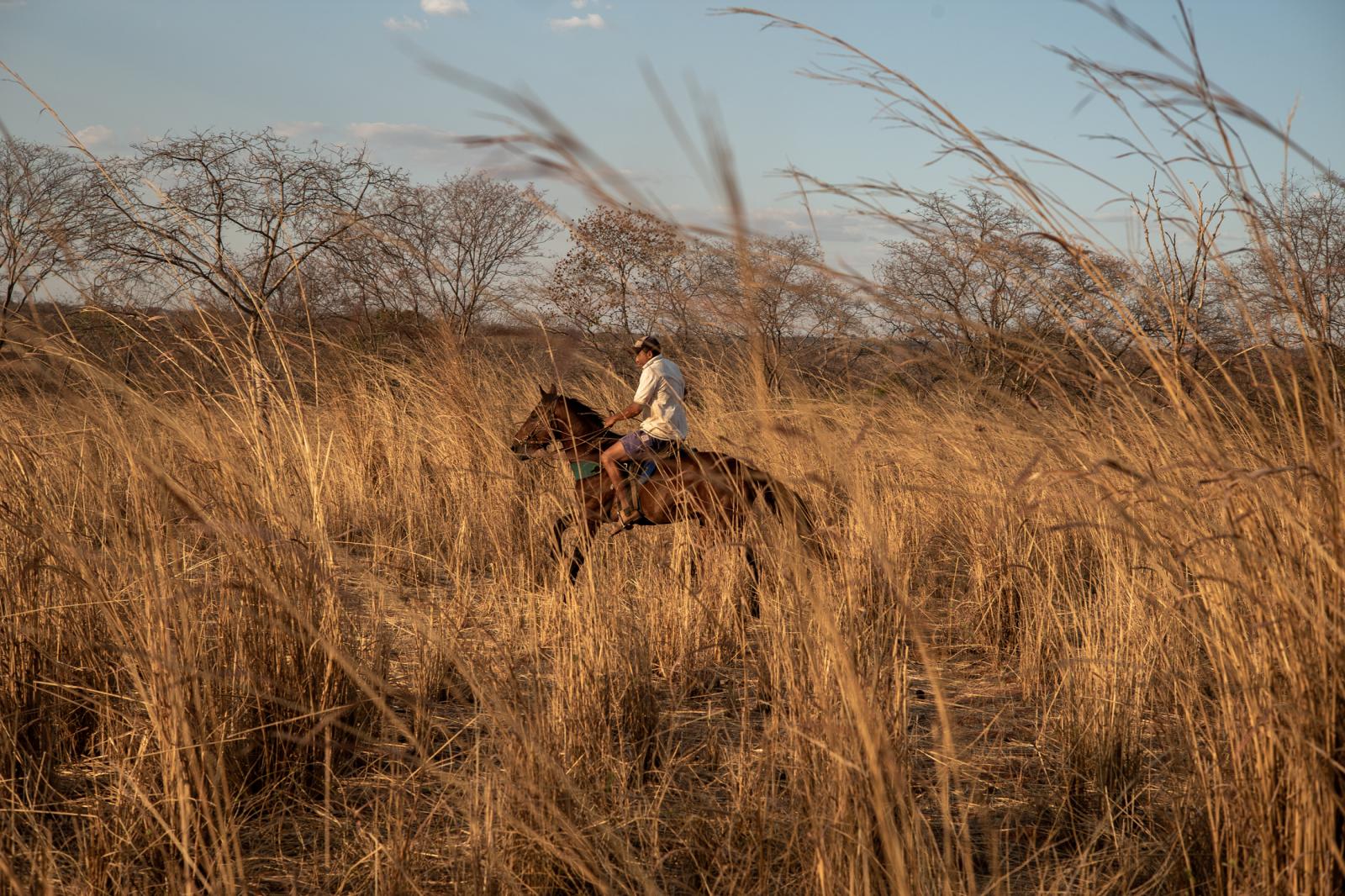 24 of 30 © 2021 Marcio Pimenta
Edvar Tavares Rodrigues. In southern Piaui (Brazil), bordering the states of Tocantins and Bahia, deforestation and intensive agriculture have led a region to become a great desert. And that advances with speed. 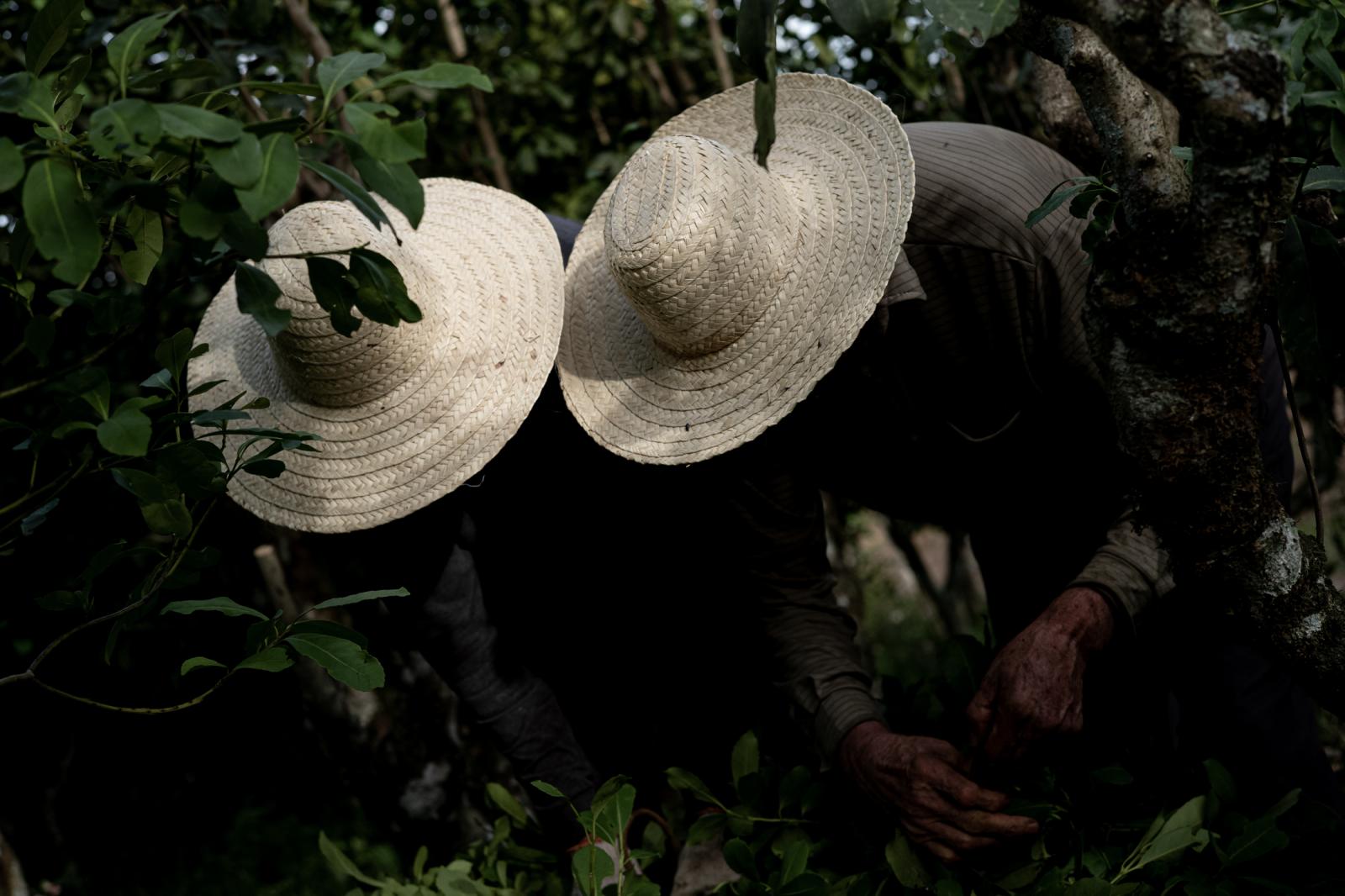 25 of 30 © 2021 Marcio Pimenta
Farmer Nelson Gaspareto Damo and your son Douglas Meazza Damo, picks yerba mate leaves on his property. Yerba mate consumption is an icon in the culture of the southernmost peoples of Latin America. Especially southern Brazil (Paraná and Rio Grande do Sul), Argentina and Uruguay. 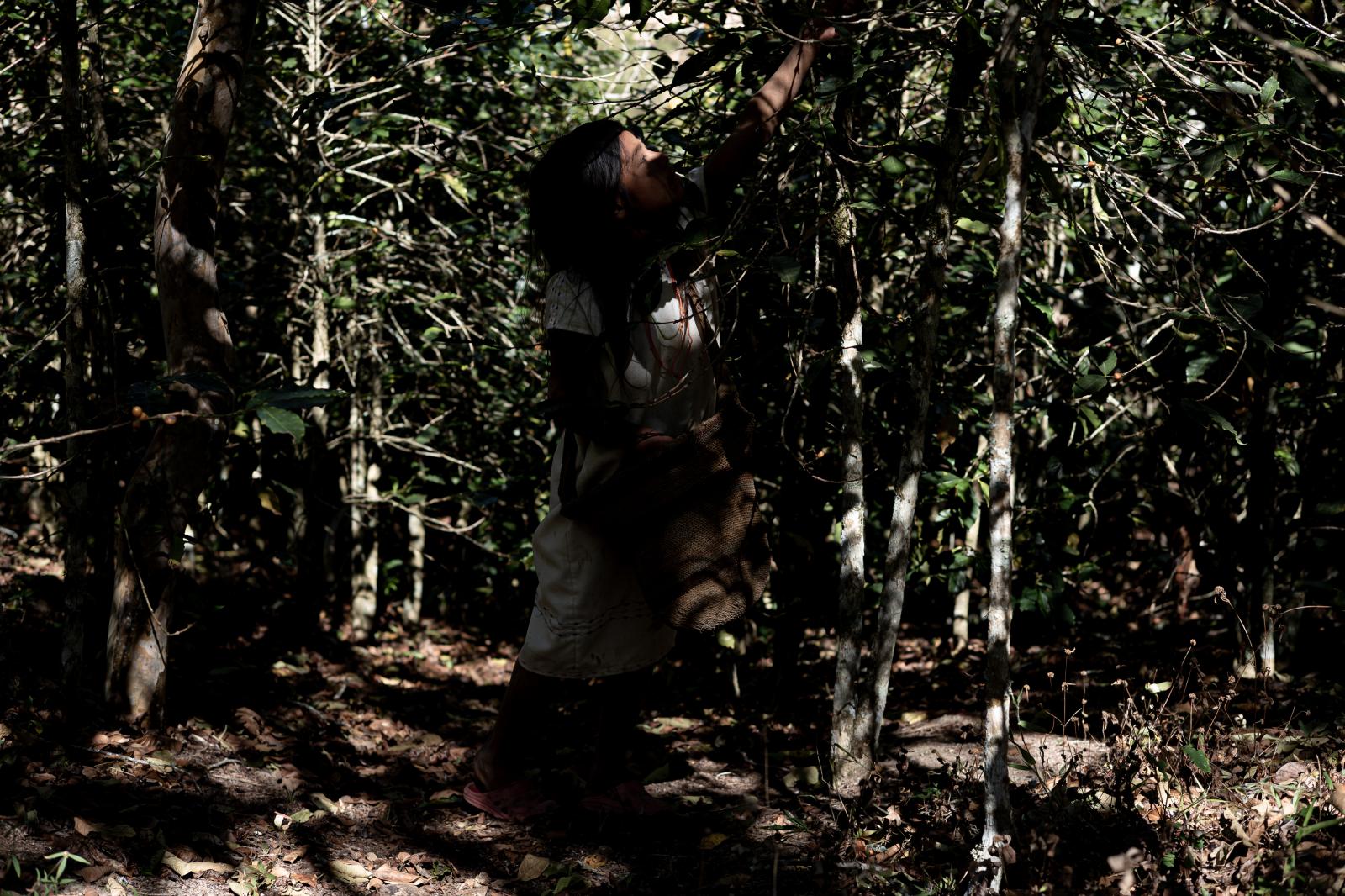 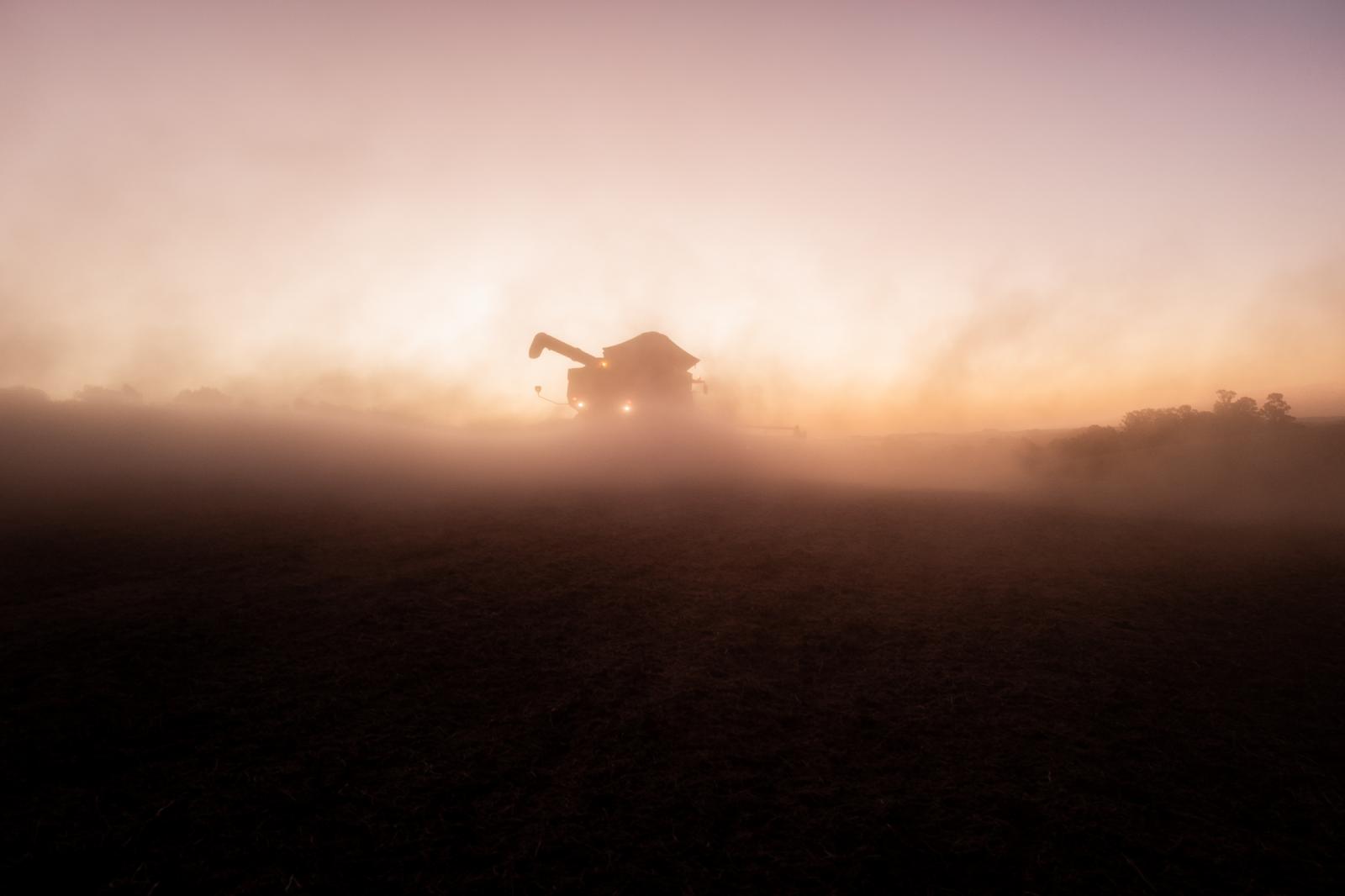 27 of 30 © 2021 Marcio Pimenta
Combine harvester in soybean fields in southern Brazil. Soy is the "green gold" of Brazil. 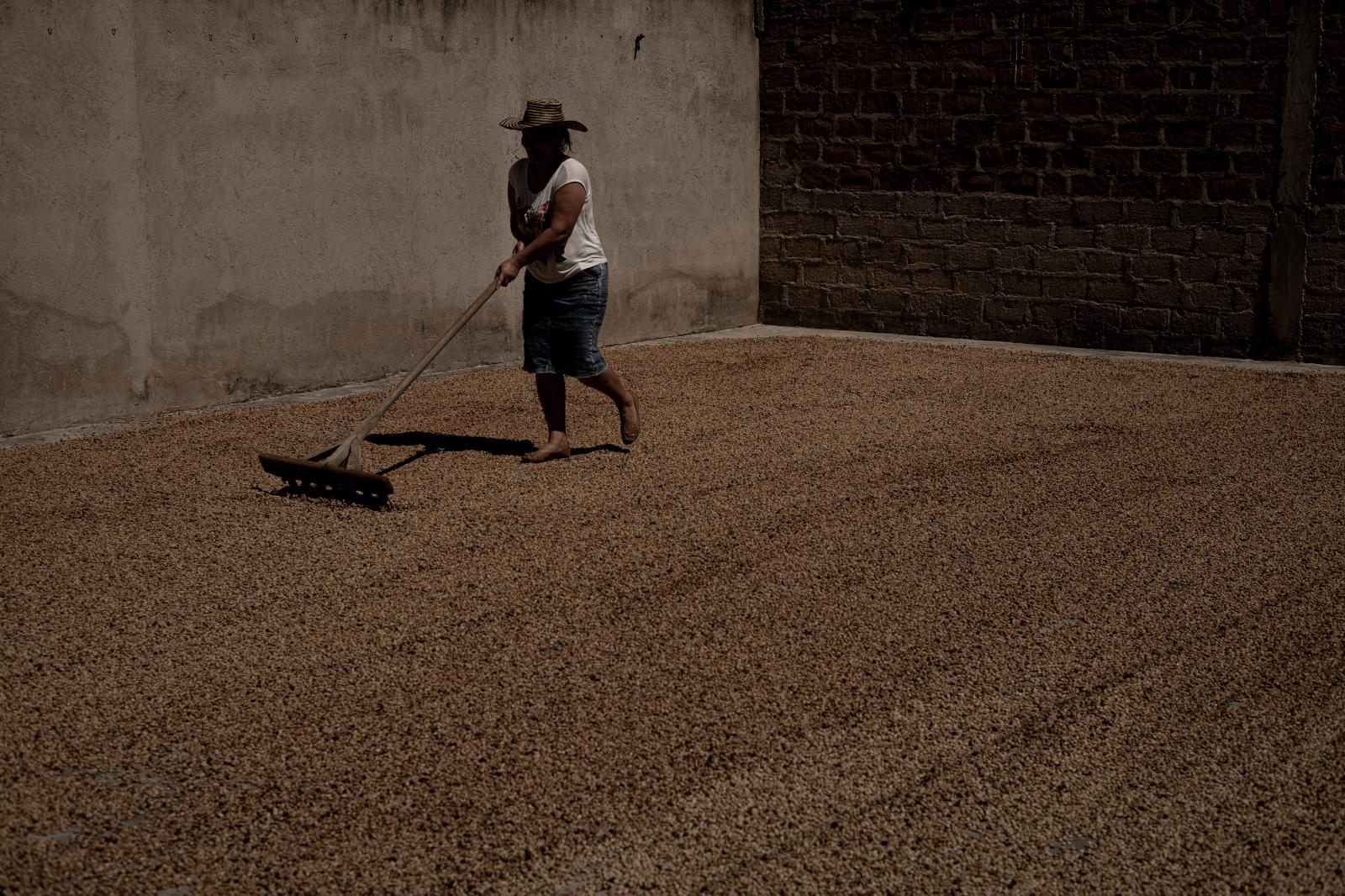 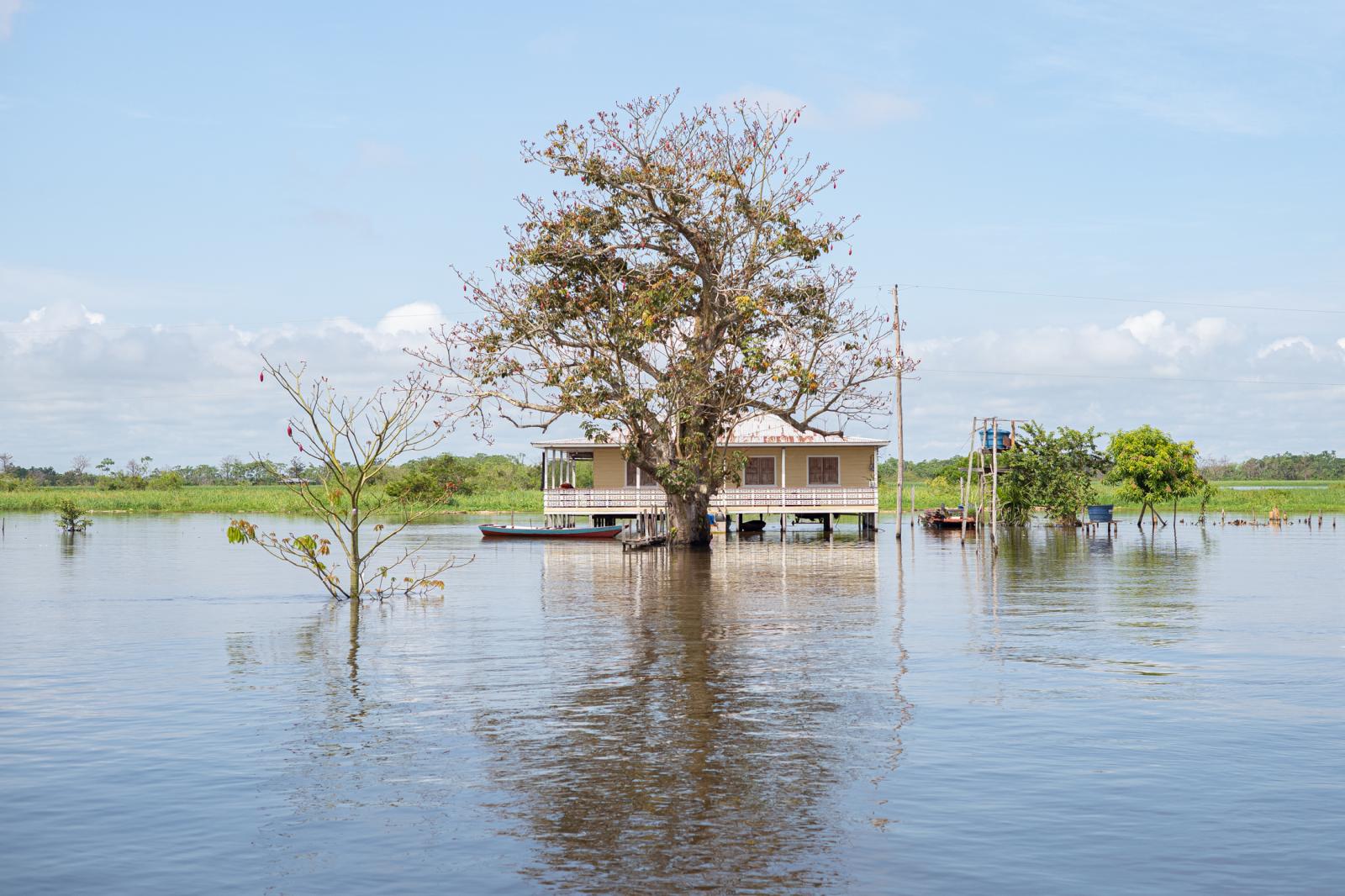 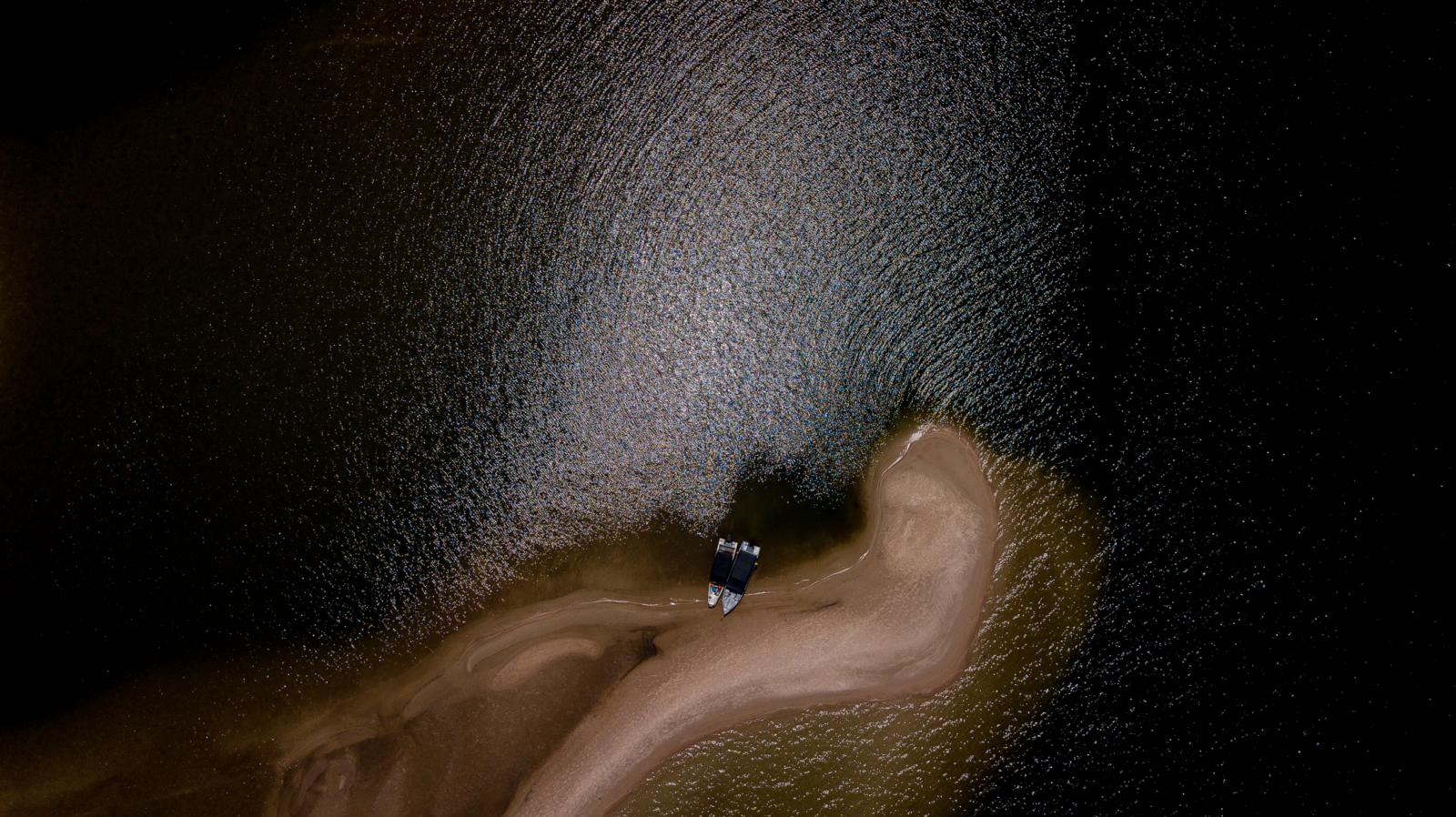 30 of 30 © 2021 Marcio Pimenta
Aerial view of the Tapajos River in Alter do Chao, Para, Brazil. In the heart of the Amazon, this region is known for having the most beautiful river beaches in the world. With the construction of huge hydroelectric dams and deforestation, the region is under threat.
Public Story
Man and Earth
Credits: marcio pimenta
Date of Work: 01/08/18 - Ongoing
Updated: 04/13/21
Location: Latin America
Archived as:  Agribusiness, Agricultural, agricultural fields, Agriculture, Amazon, Amazonas, Atlas, Beautiful, beauty, bio, carbon, cereal, climate, climate change, conservation, conventional agriculture, crop, crop cultivation, crop farmers, landagrarian agriculture, Spotlight
In times of climatic emergency, evidence from the scientific community and the daily lives of different peoples of the world points to significant tensions in various systems essential to humanity – in particular the interrelationship between basic resources: energy, water and food. It is certain that climate change will put further pressure on these relations.

I chose to document the climate crisis from the perspective of history and geography. The identity of a people is not dissociated from culture, politics, historical process and place. We need to understand how geography is in the order of everyday life, so it is important to record images that are a repository of human memories. The human condition. How do we get water, energy and food in each place and how do these practices connect regionally and globally?

The significant tensions between these key systems will increase. The so-called "stress nexus" is under greater pressure with the climate crisis caused by human activities on Earth and which defines a period known as the Anthropocene, when the technical capacity for transforming nature gains proportions so profound that it contributes to the stress that images can already reveal. “It can be said that the entire surface of the Earth is compartmentalized, not only by the direct action of man, but also by the political presence. No fraction of the planet escapes its influence”, Milton Santos, geographer, 2004.

"Man and Earth – Latin America and the Caribbean Chapter" is a documentary and artistic exploration. A long-term project, which is underway - as well as the results and impacts of climate change - and which aims to research, witness and document an important issue in times of climate emergency: the relationship between human beings and geography, this is, climate, natural resources, borders, sources of energy, food, cultural identities, economy and space, in a time of complex transition that is also reflected in everyday life, especially of people who will suffer from climate change before they can adapt . Stories of rupture, loss of geographical and cultural reference, but also of the search for survival and resilience that refuses to abandon the land, the shelter territory of many, as Milton Santos also says. Of the people who inhabit and give meaning to landscapes and who also live a daily life that has already been shaken by the consequences of climate change. The temporal issue is highlighted, because it is a past of exploring nature in the name of profit, which is in the order of the present day and which points to possibilities for the future. How much time do we have to correct our destiny? If human experience builds time, as demonstrated by Eric Hobsbawm, then positive changes must already be visible today and learning from these people based on the symbiosis relationship they establish with nature is a path of reflection and action that photographs can contribute to giving visibility to these processes.

Since January 2018, I have traveled across the continent documenting this relationship. They are simple and, at the same time, dense images: a man harvesting wood, boys playing in a river in the Amazon, a vast desert, coal mining for energy generation, new sources of energy, farmers expanding production, the spatial flow of migrants, workers clearing forests in response to the global economic situation, rural migrants who dream of cities whose stories they are unaware of, etc. Experiences of all kinds, our history with our geography.

I hope that the result of this project will be used for anthropological, sociological, economic, geographical, historical, aesthetic and pedagogical purposes that can be seen on a map, as an atlas to be opened and explored. Mass production is expected (currently, I have more than 300 selected photos). I hope to complete this project in December 2021.

Countries that have already been or will be photographed: Argentina, Brazil, Bolivia, Chile, Colombia, Guatemala, Honduras, Peru and Panama.

This project has a partnership of Pulitzer Center / Rainforest Journalism Fund that will continue supporting in the next steps.
To know more, please contact me.

Summer in the South of the Planet

By Marcio Pimenta / Antarctica — It happens to everyone. One way or another we get involved little by little and in such a natural way that..
Sep 24, 2020

By Marcio Pimenta — An emperor, slaves, presidents, German immigrants, Cuban refugees and even a pope: all were seduced by..
Sep 24, 2019