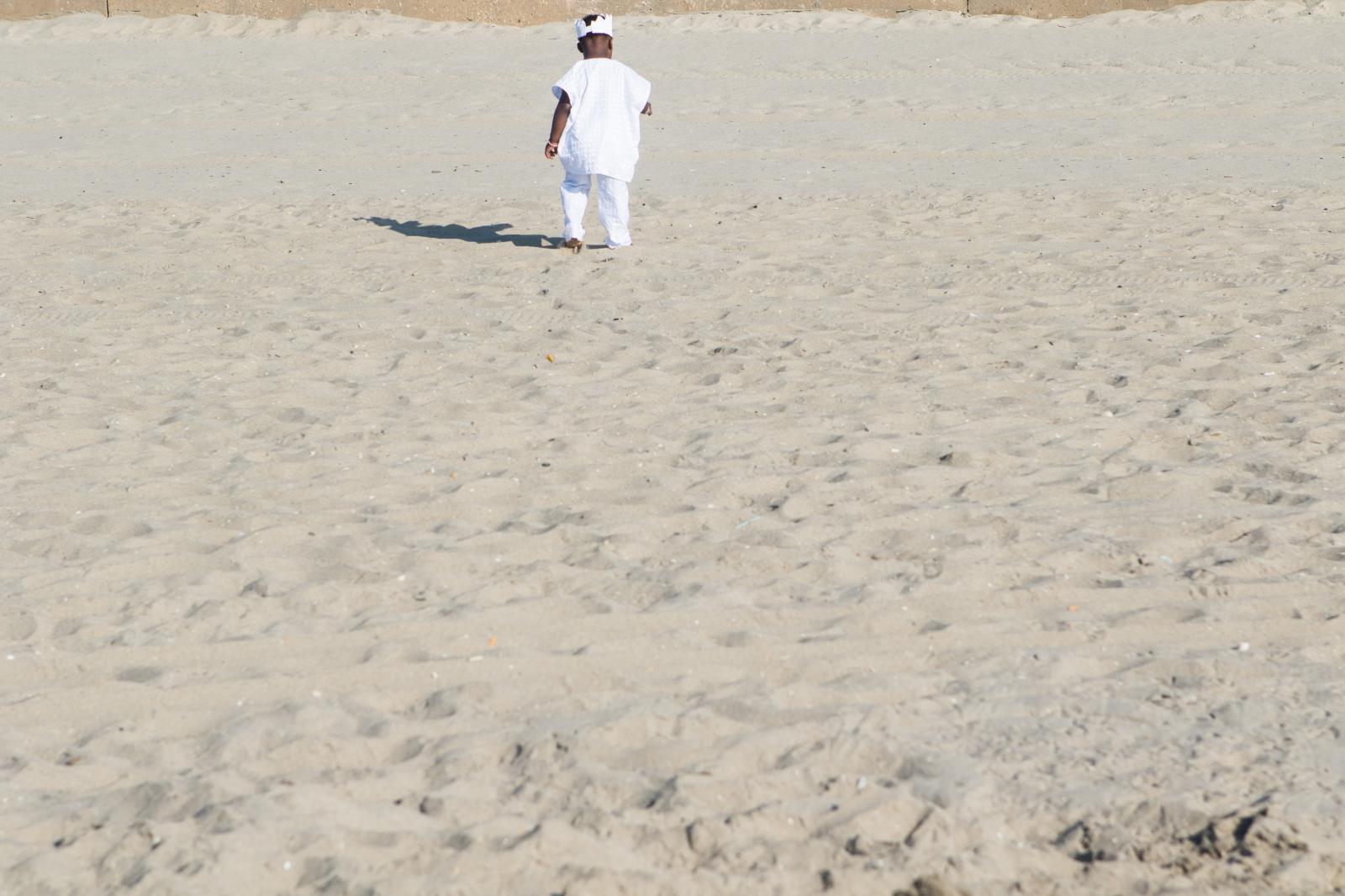 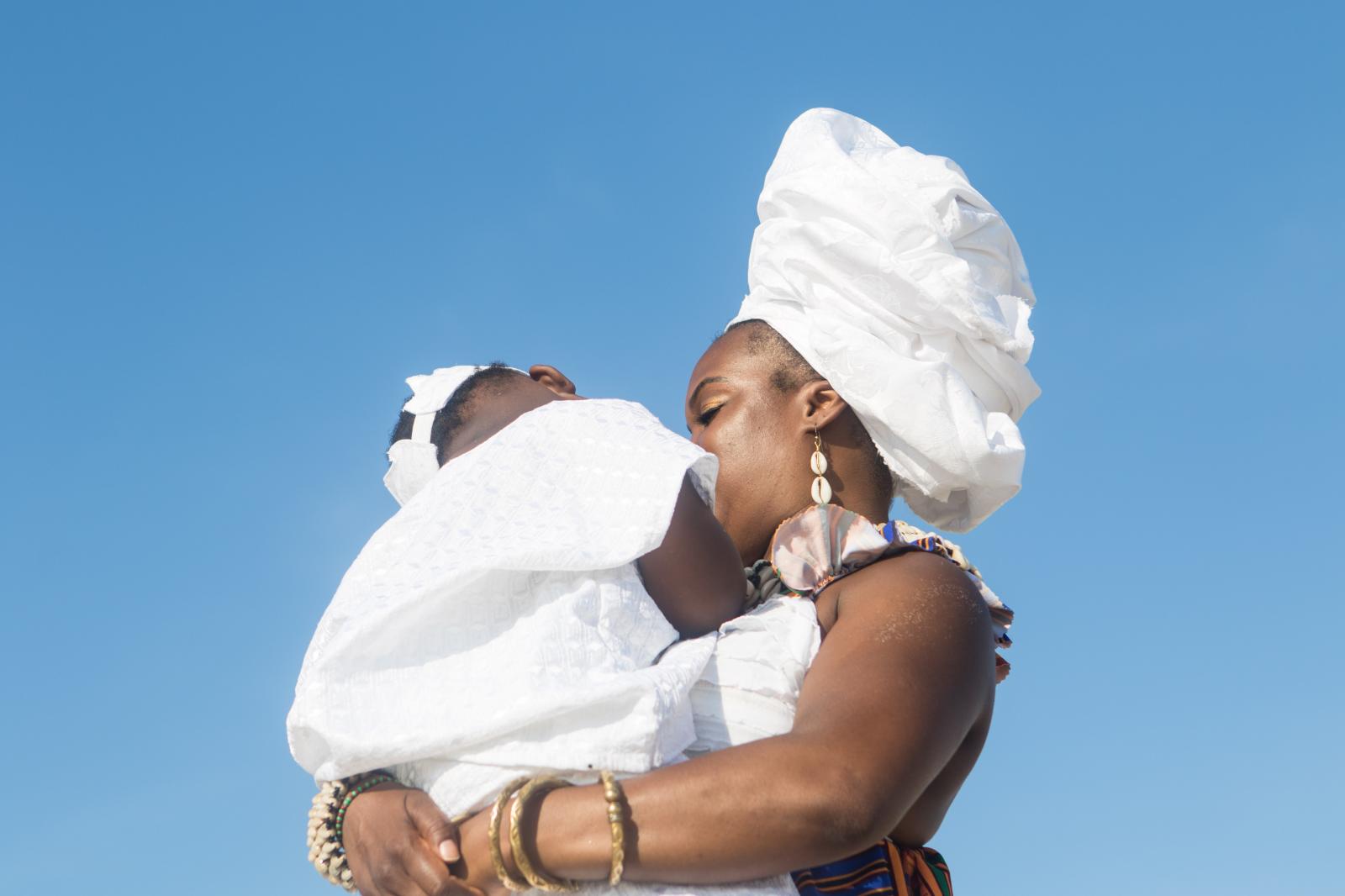 2 of 3 © 2021 Maria J Hackett
Princess Ìyánìfá holding her son as they enjoy their morning exploration at the beach. 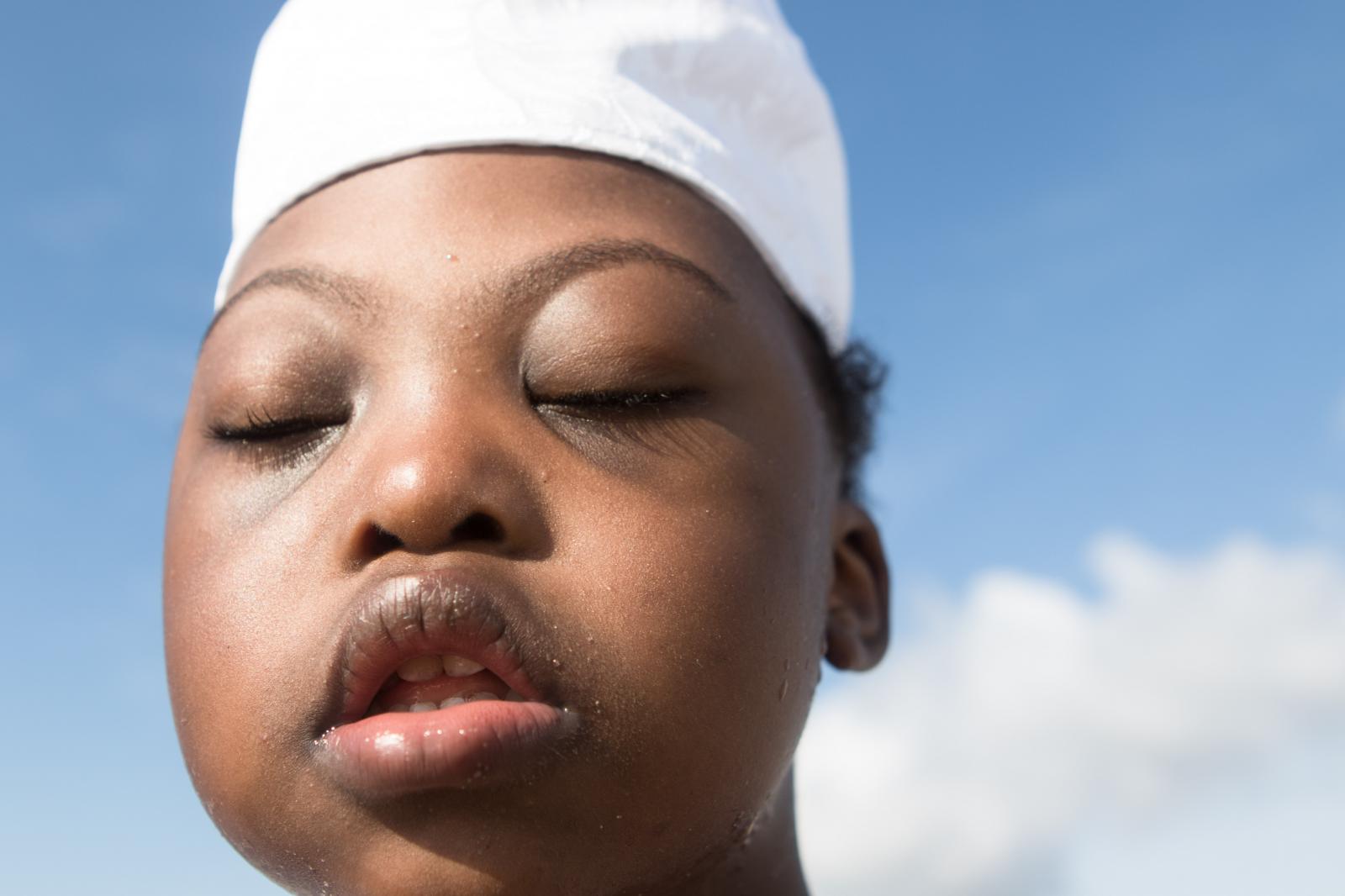 3 of 3 © 2021 Maria J Hackett
Prince Boakum
Public Story
Princess Ìyánìfá and Her Prince, Boakum
Credits: maria j hackett
Updated: 02/23/21
Location: New York City
Archived as:  Abortion, Birth, Children, Disability, Discrimination, Documentary, Down syndrome, Essays, Joy, Motherhood, Parenting & Family, Photography, Photojournalism, Portraiture, Pregnancy/Birth, Womens Rights
Princess Ìyánìfá Adzua Boakyewaa Ifáfunmiláyo Opare , age 46 of New York City, is a single mother (grateful for her support system) who faced multiple miscarriages before becoming pregnant with her 2nd son, Prince. In the early tests of her pregnancy with Prince, it was found that she had a high chance of giving birth to a child with Down Syndrome.  Immediately she was faced with doctors giving her information for an abortion, not asking how she, herself, felt about these results. After facing multiple miscarriages, Ìyánìfá knew in her heart Prince was special and no matter what,  this was her child to raise. She continued to face pressure to abort her baby and faced negativity in what's "to come" if she carries out her pregnancy. It surprised and broke Ìyánìfá heart at how Down Syndrome in a human being can be viewed as a life sentence. How before even given birth, an unborn child was already seen as less than.
Prince, now turning 4, is excelling in his growth. He communicates, sings, uses manipulatives, signs, makes eye contact upon interaction and more as Ìyánìfá has dedicated her love to believing in him. With the continued strength and love of his mother, Prince continues to excel and believe in himself. Ìyánìfá has and continues to nurture Prince's individual self while instilling love and knowledge- something others didn't see possible.

By Maria J Hackett / new york city — Throughout history, women have faced a wide range of adversities and have been taken advantaged of in ways..
May 24, 2020