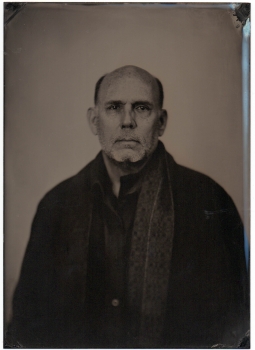 Mike's specialty is helping photographers improve the way they approach image making – as it applies to the individual photograph and bodies of work. He helps people relearn how to make photographs by elevating why they're... read on
Location: Austin, Texas
Focus: Editor, Author, Visuals Editor, Freelance, Educator, International, Lecturer, Editing, Advisor
| www.michaelddavis.com
About

Mike's specialty is helping photographers improve the way they approach image making – as it applies to the individual photograph and bodies of work. He helps people relearn how to make photographs by elevating why they're making images and then applying a unique approach to achieving that higher aspiration.

Mike Davis has advised and edited the work of hundreds of photographers as they produced projects from daily journalistic assignments to long form visual narratives of great range. He has directed The Alexia Grant competition for past eight years and developed and taught visual communication courses at the S.I. Newhouse School of Public Communications at Syracuse University for the past nine years.

Before that, he was exclusively a full-time independent visual editor who worked with photographers the world over to elevate their photography for portfolios, projects, gallery shows, books and contest and grant submissions. Projects he edited during this period were recognized at Perpignan’s festival, LOOK3, were published widely and were awarded in many of the world’s major photography competitions. He has edited more than 40 photo books.

Mike has been a picture editor and visual leader at National Geographic magazine, The White House and several of America’s leading newspapers for more than 30 years.

He has taught at workshops including Newhouse Fall Workshop, the Missouri Workshop, Mountain People’s workshop, Santa Fe Workshops, The Atlanta Photojournalism Seminar, Northern Short Course, New Zealand Photofest and Somos Foto in Ecuador and The Dominican Republic, and twice was a roving reviewer during Photolucida. He has lectured at a range of universities.

Mike grew up in a small town in Nebraska.